On the second day after our arrival was the Nyabak’ng event or Nyobeng depending on the local dialect in deferent areas of Kalbar. At about 5pm, villagers started to gather around the ‘baluk’ or ‘baruk’ which looked like an ordinary square house on stilts and was where skulls were kept. 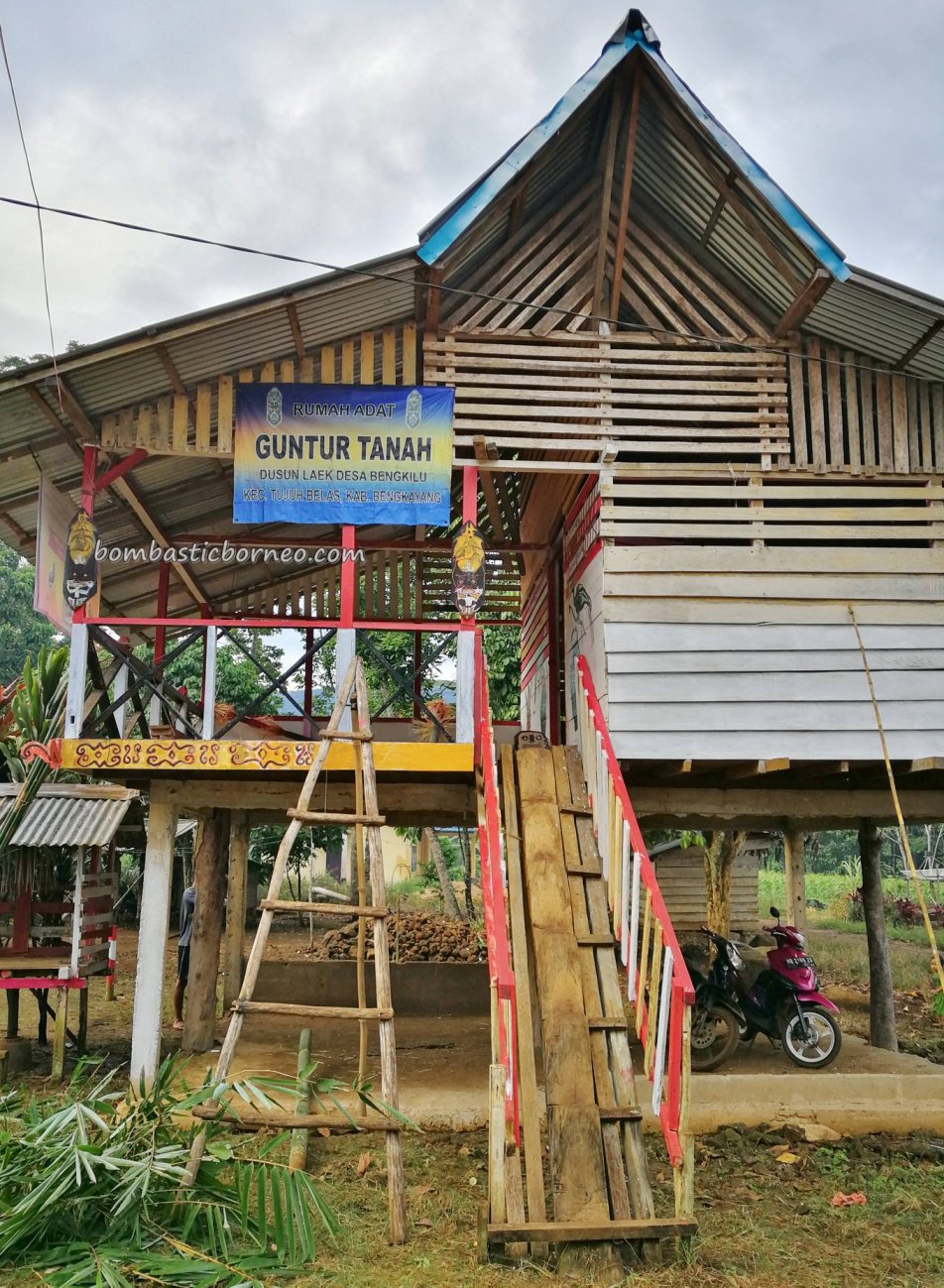 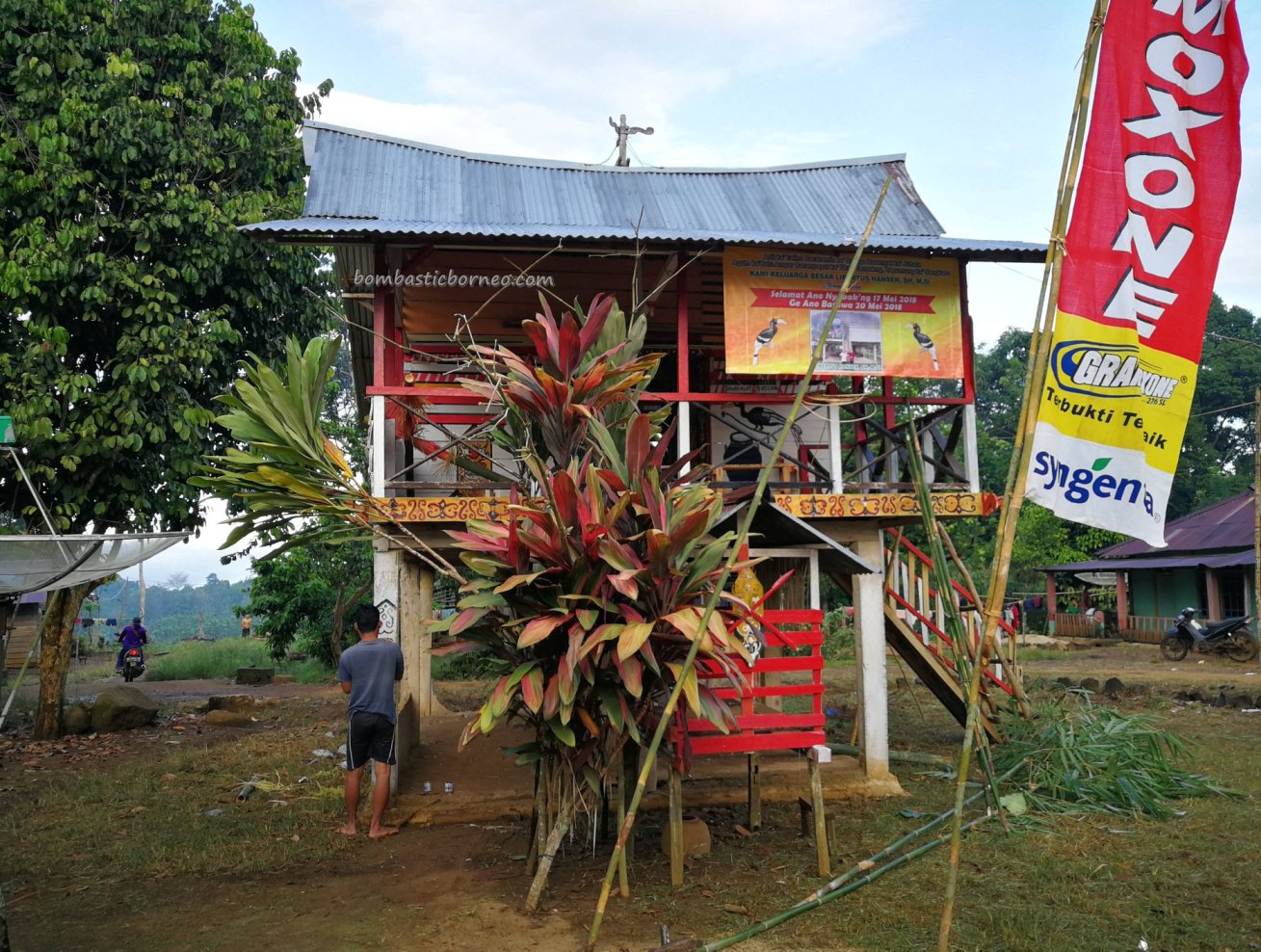 Village elders would prepare the elaborate offerings before the sounding of the long drum and gongs, signaling the commencement of the ritual. 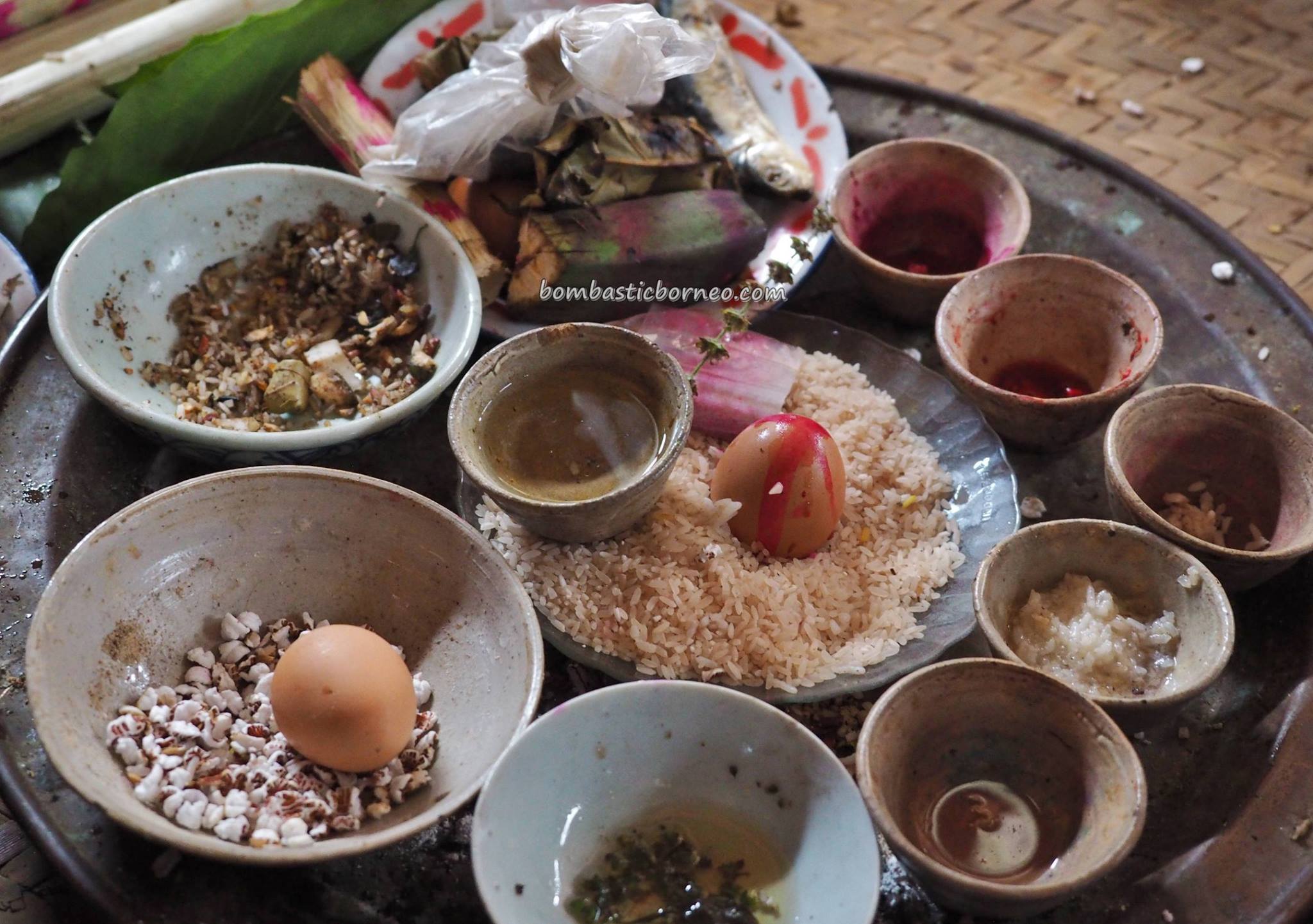 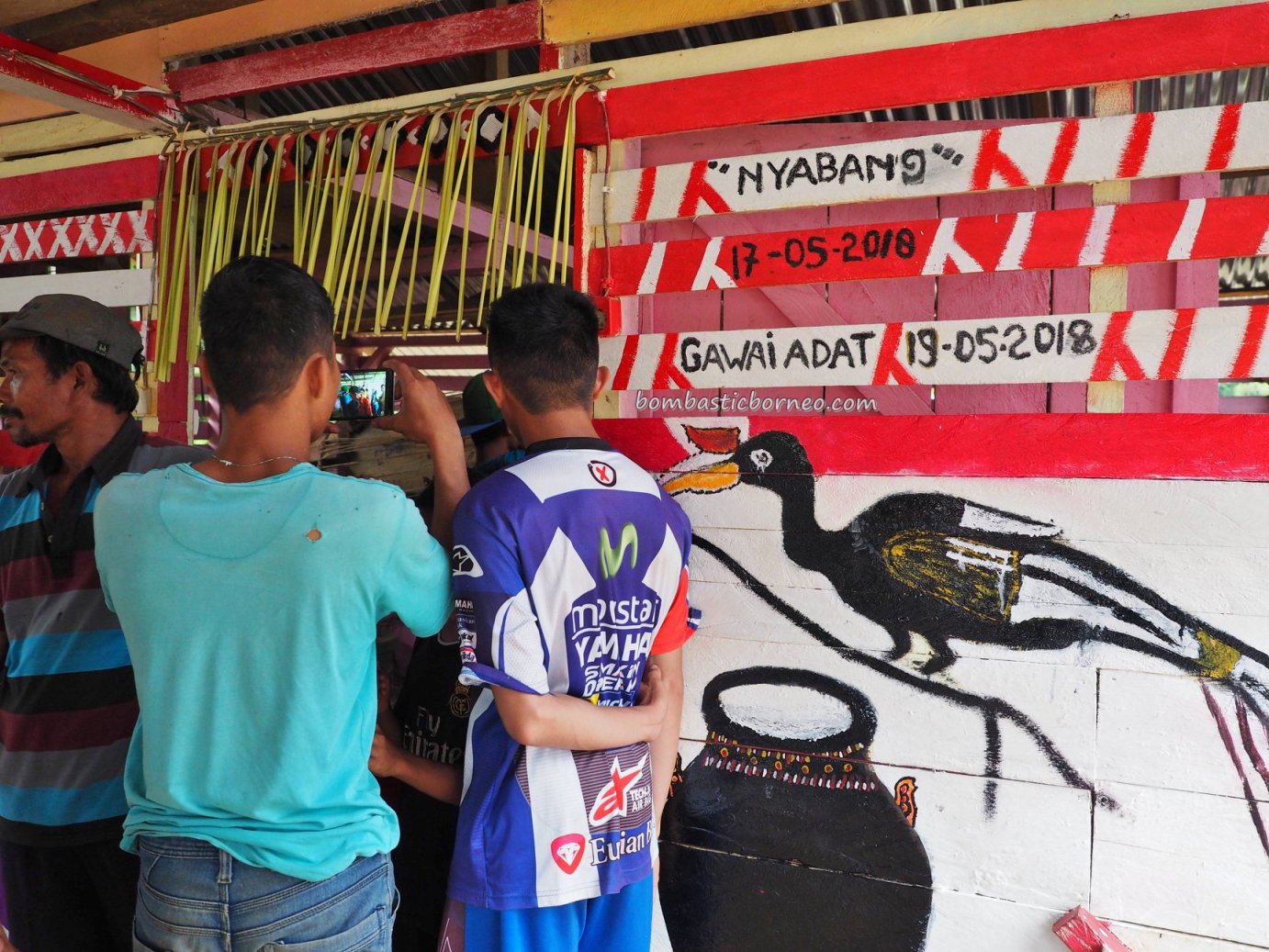 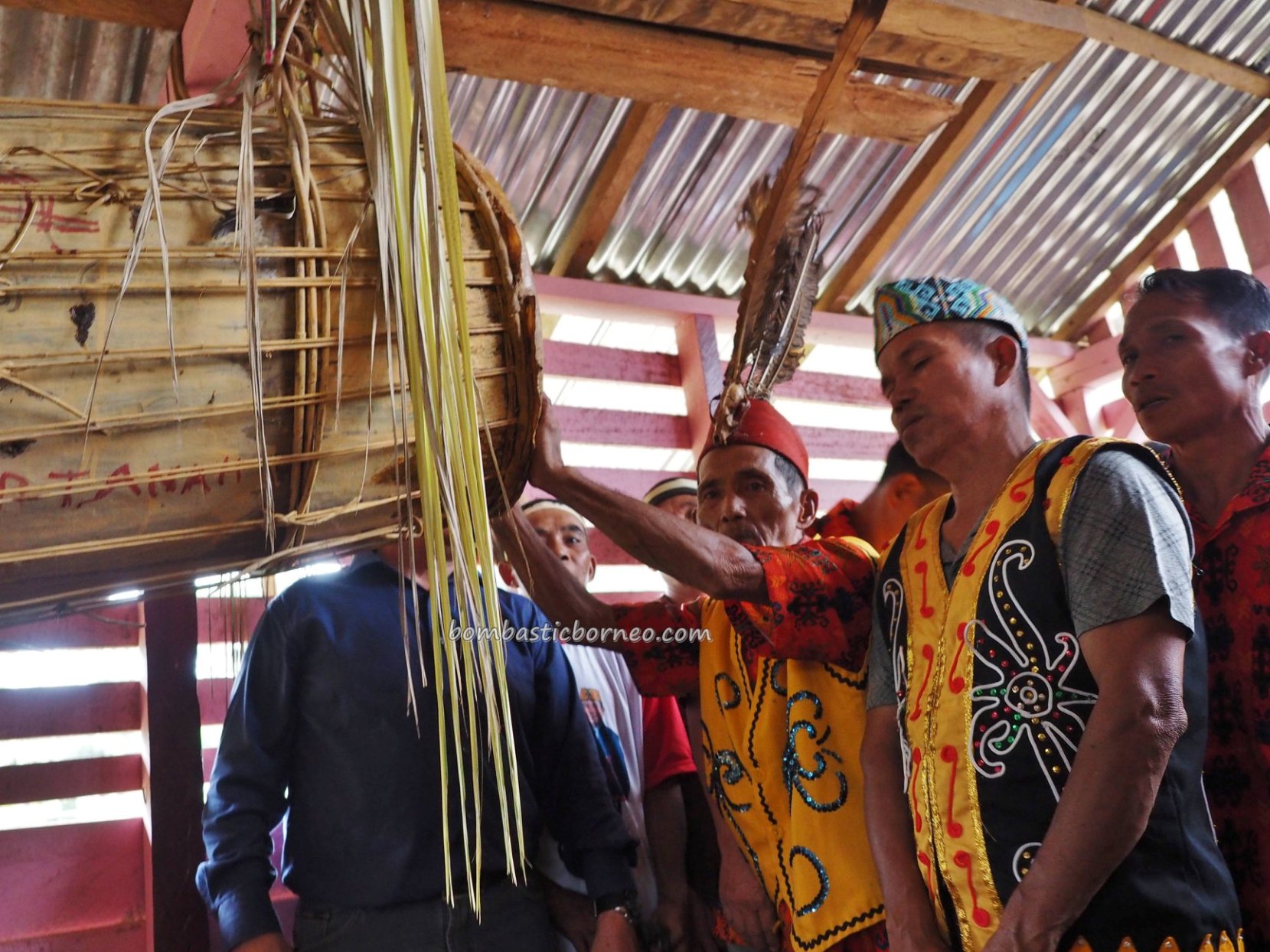 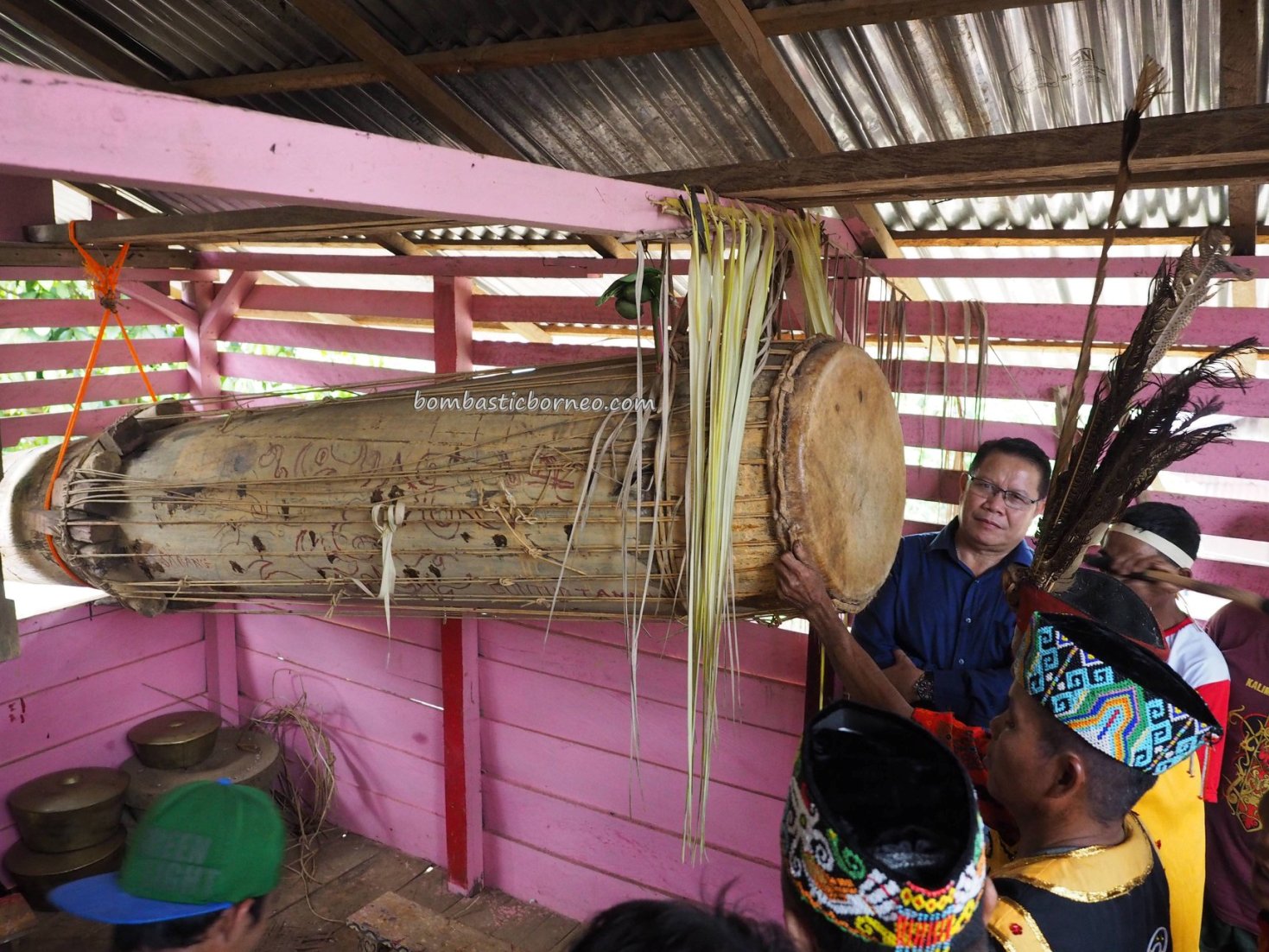 Mantras were chanted and the kamangs or devas invited down from the mountain to partake on the offerings and the 3 animals to be sacrificed, namely chicken, dog and pig. 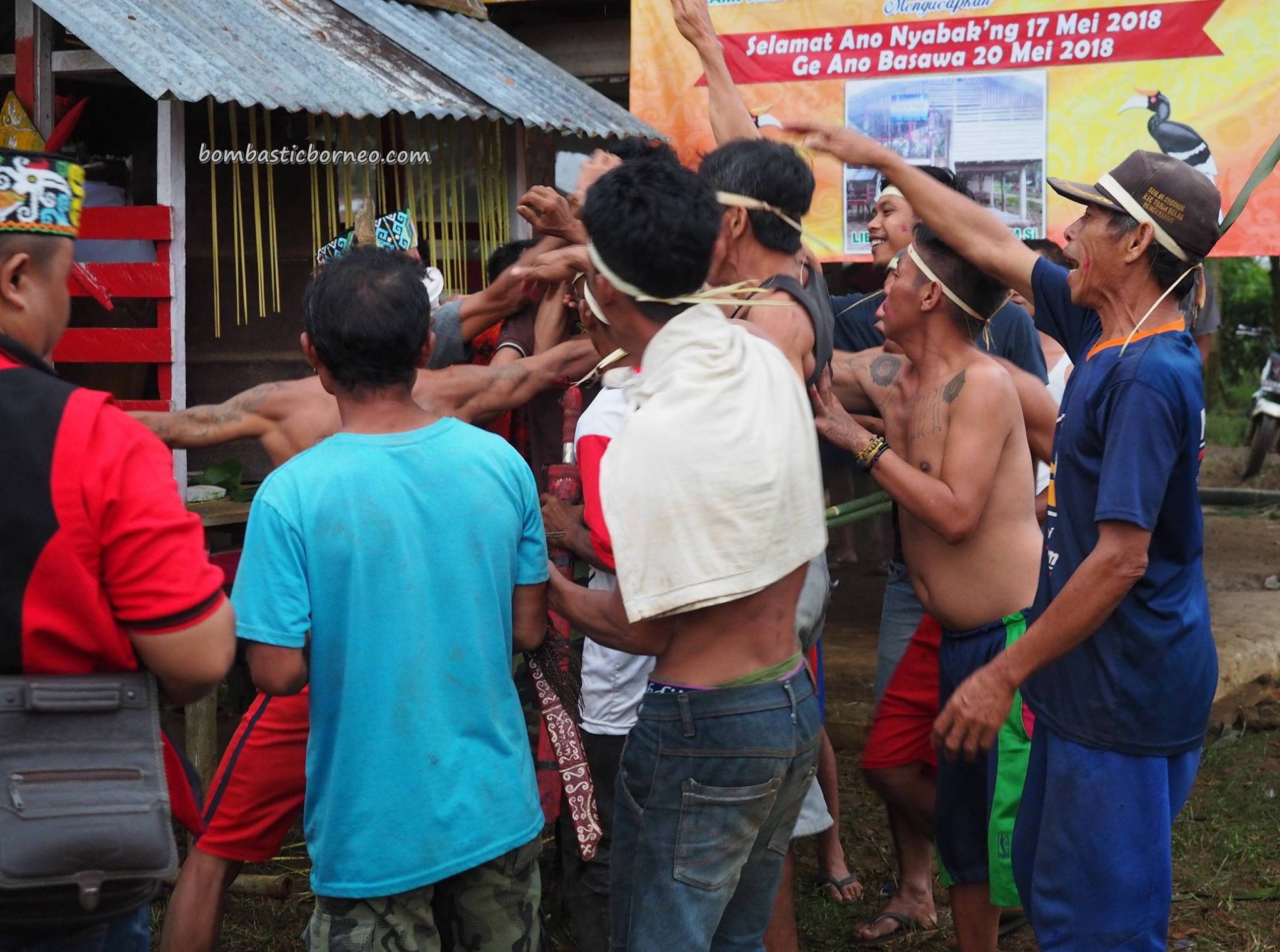 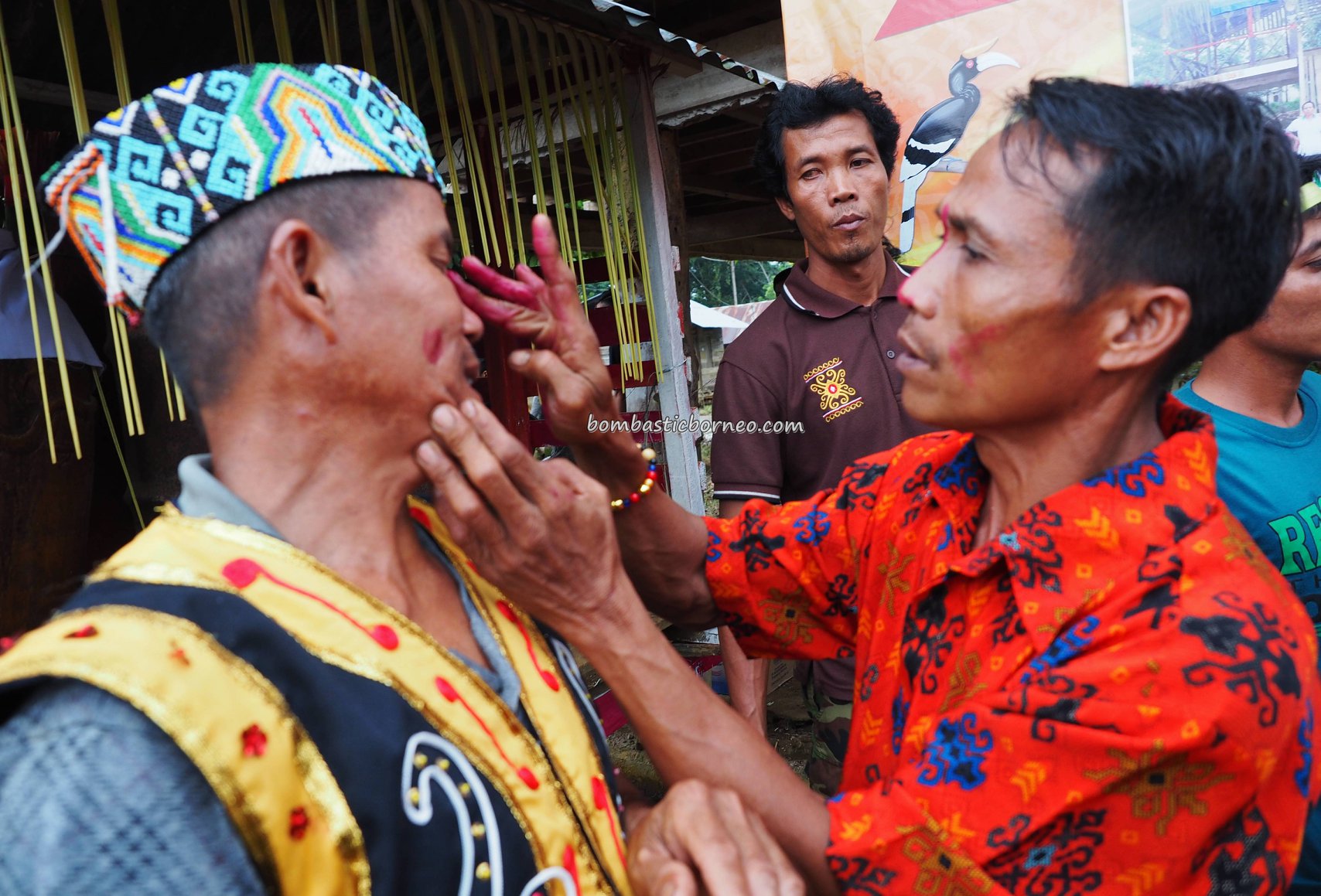 As the tempo of the gong progressed to a very fast beat, the skulls were lowered from the baruk to the external altar to be bathed with coconut water and fed. 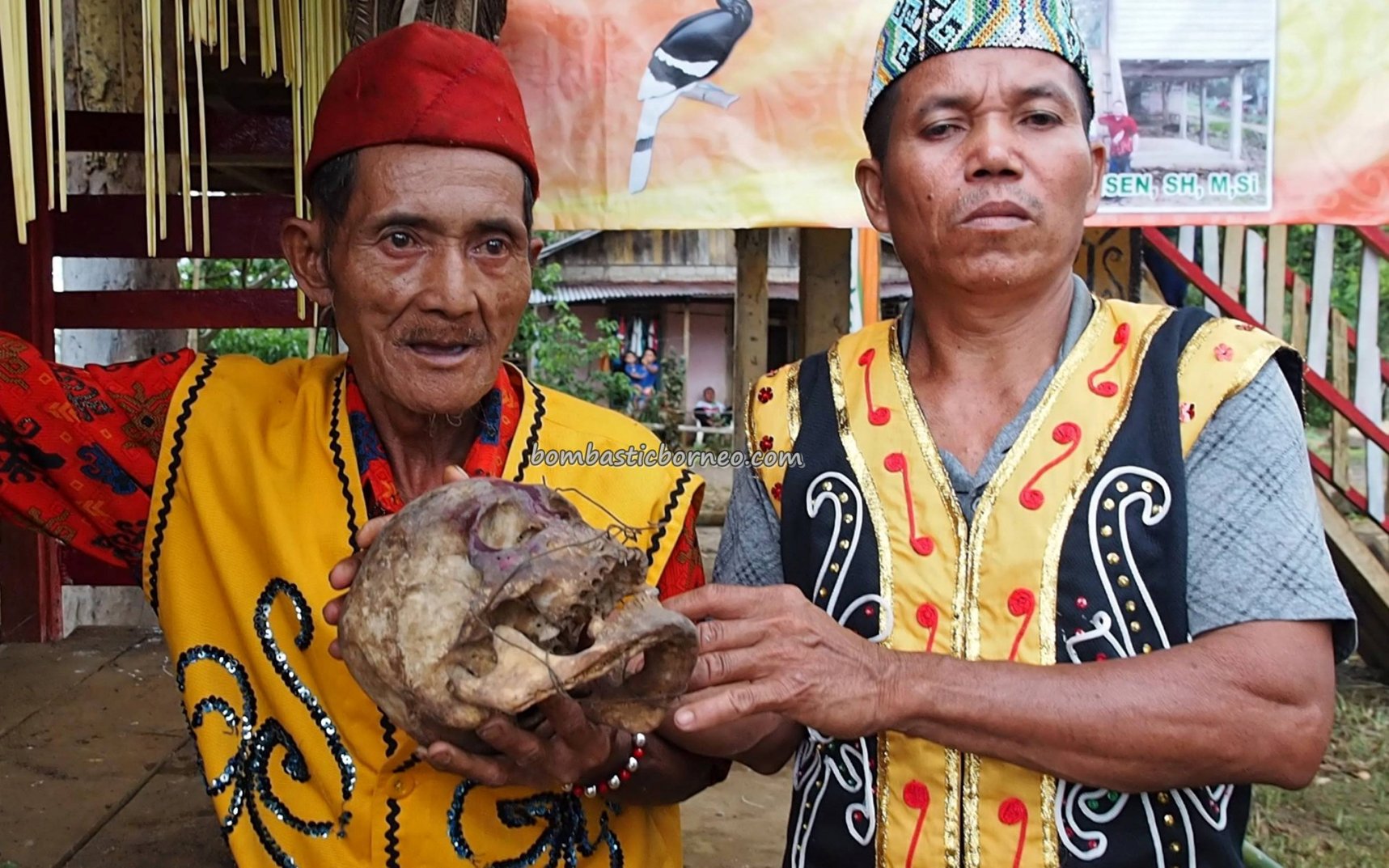 During the sacrifice, one of the villagers suddenly got into a trance, shoving around violently and had to be subdued by his friends. Then suddenly the gong tempo glided to a more soothing one and everyone would be dancing to the rhythm in that unique style that only Dayaks can. 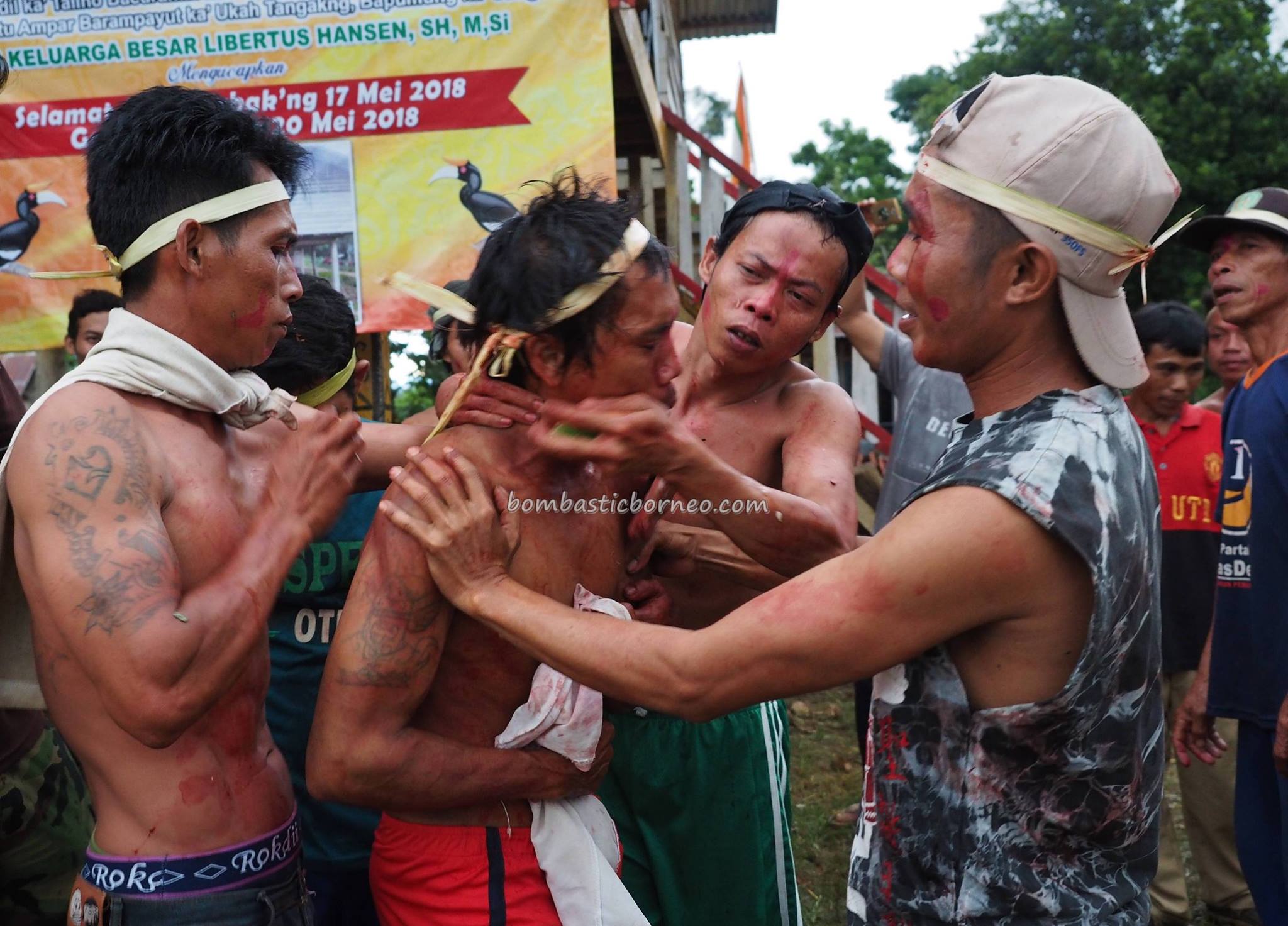 Yet all these flowed before our very eyes without any instructions from anyone, like everyone right from the gong ensemble to the ritual performers knew exactly what to do.

Despite the fact that we have attended many Nyobeng rituals in Gumbang, Padang Pan, Sebujit, Sujah, Segiring, Kadek and Tadan, Laek’s ritual gave me some moments of anxiety which I had never experienced before.

No mental preparation was available in the form of a program schedule because there was none. Visitors used to a structured lifestyle would be disappointed because they would never know what was going to come next. One just has to go along with the flow and always be ready with one’s camera for what’s to unfold. It would be short and hasty giving visitors no time to ponder what the hell was going on.

Unfortunately, before the event ended the looming dark clouds gave way and the villagers hurtled for cover. The sudden heavy rain spoilt the ending of an otherwise very interesting and different kind of Nyobeng we used to witness in other parts of Kalbar. 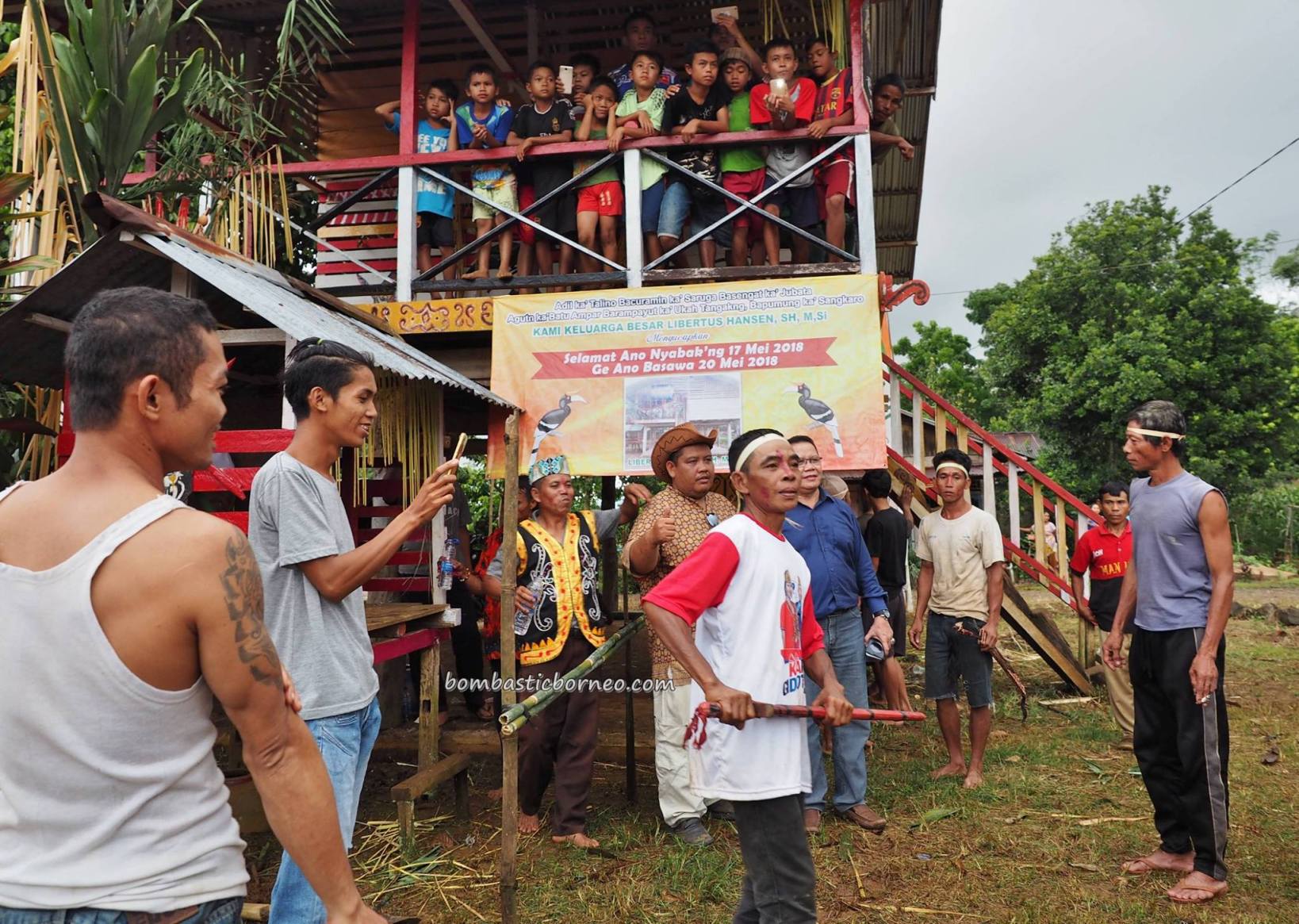 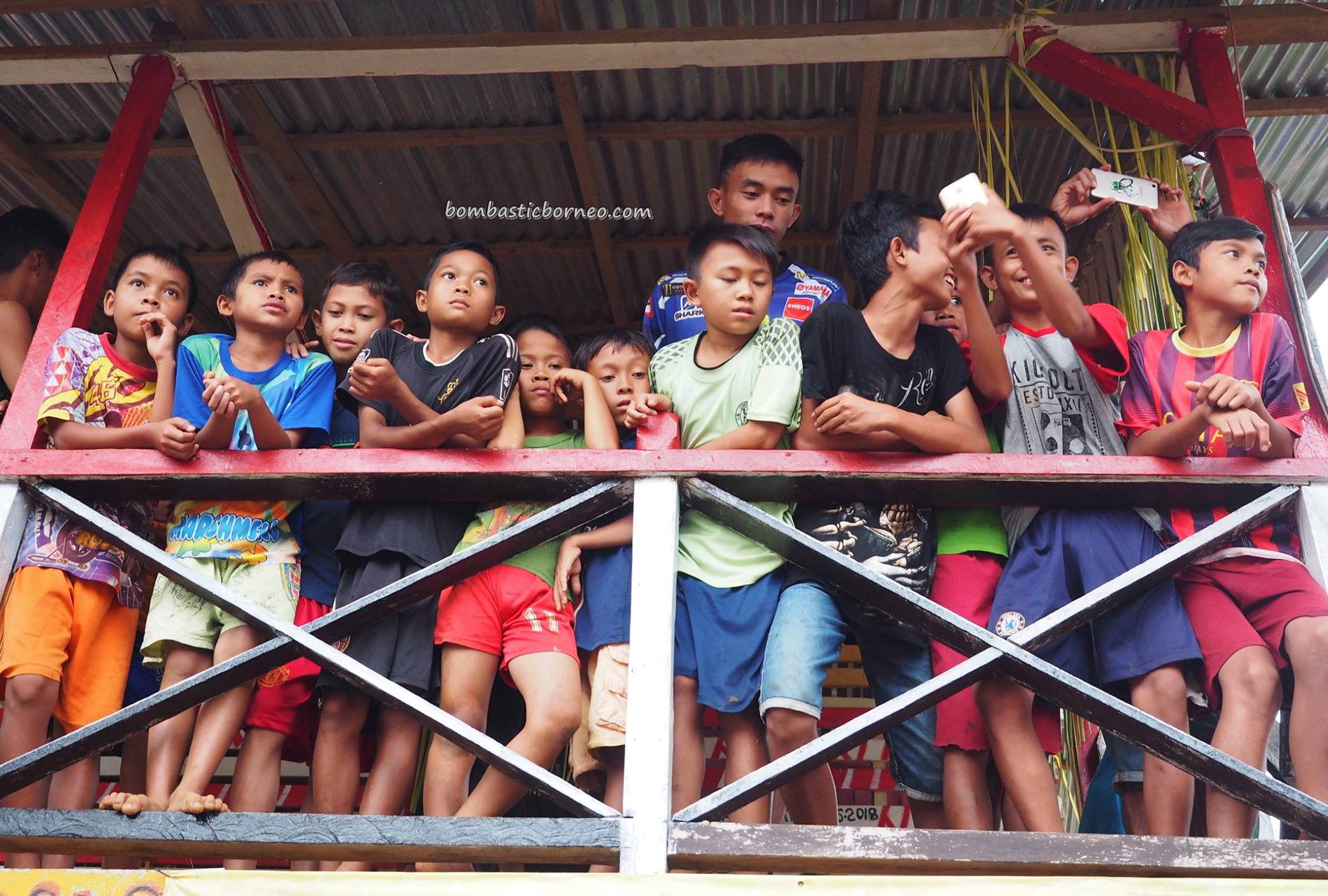 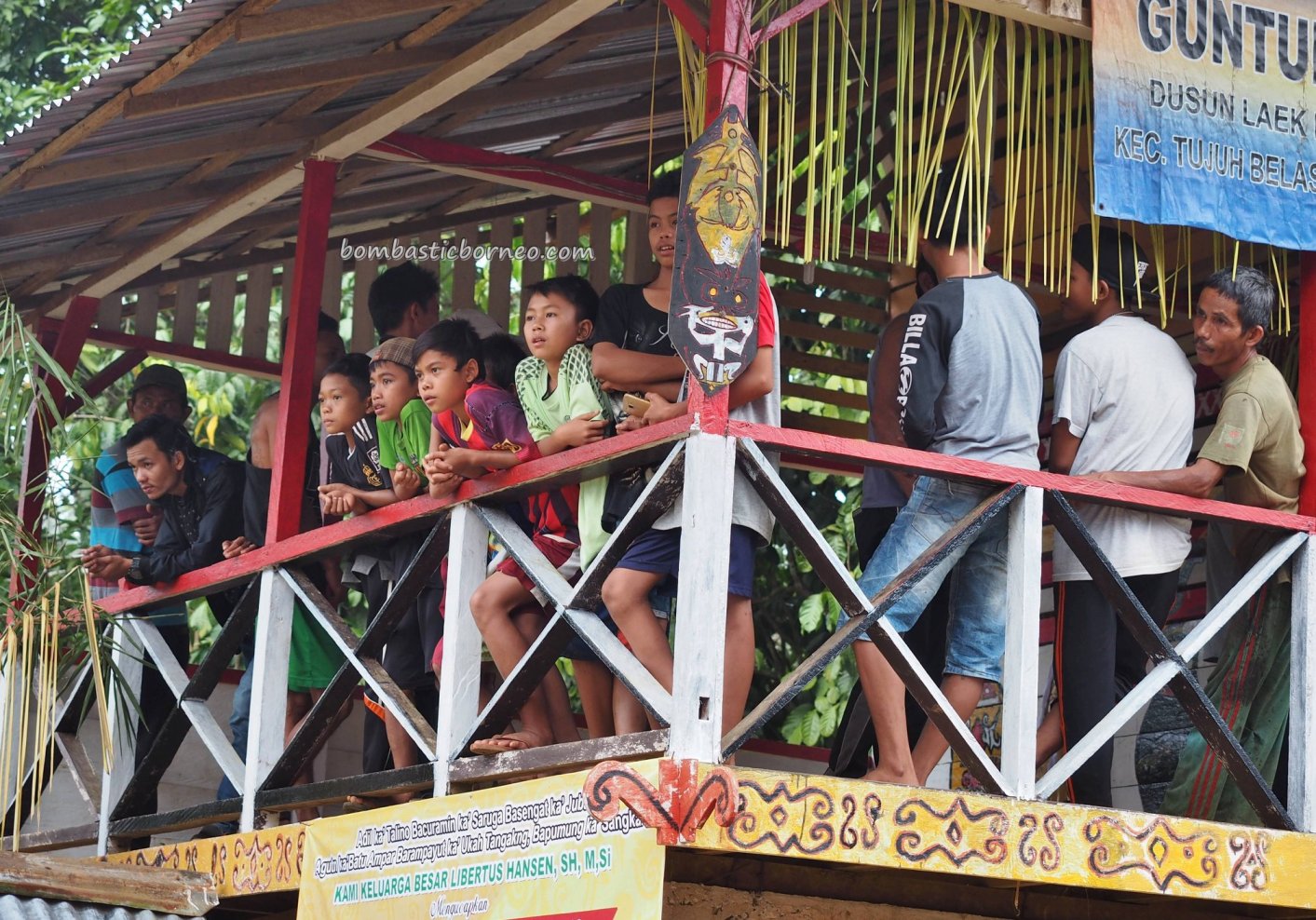 The spiritual presence here was undeniable. Those who know the village of Laek well have a lot of respect for their spiritual powers and it was here that the panglimas or Dayak spiritual warriors rose and ignited the Madura-Dayak conflict in 1997 into a full scale communal warfare resulting in hundreds of death and the destruction of property.

Don’t mess with these friendly timid fellas. Once their ancestors are summoned to empower them, their flying machetes or mandau terbang made many skeptics begged for their lives. They took no prisoners. Heads staked on road sides were the trophies of their war machine as witnessed in 1997. Old photos flashed at the back of my mind reminding me what a gentle looking tribe can transform into when pushed against the wall. But here we were among them in a friendlier time eating and drinking tuak on Gawai day. Next……Sambas town