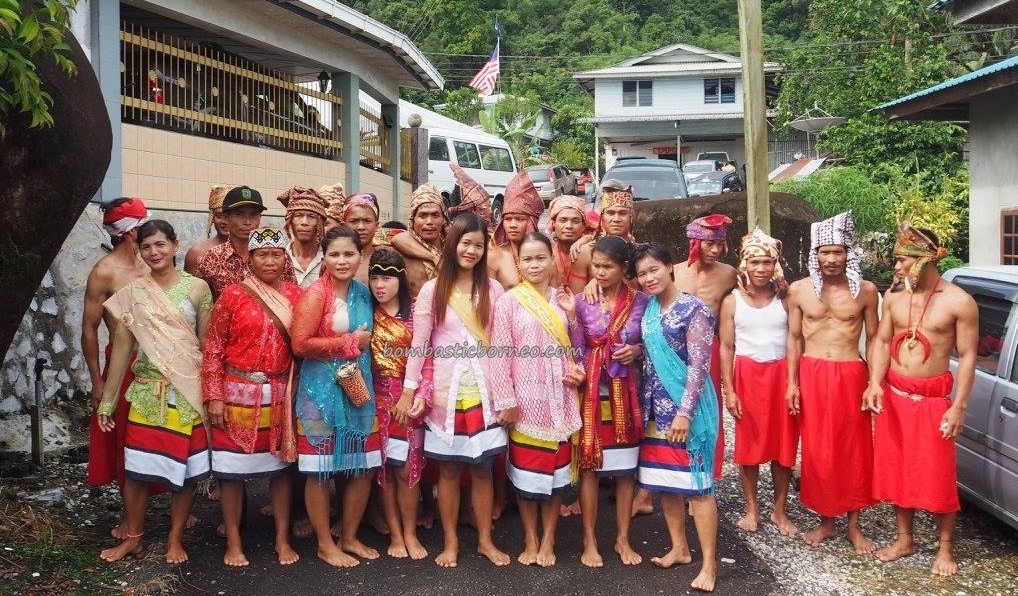 This year’s reciprocal partner for Gumbang’s Nyobeng was first timer Kampung Kadek from the Indonesian side. 2016 event was special in the fact that it caught the attention of the Ministry of Tourism and the tourism minister Datuk Seri Nazri, personally came to officiate the opening ceremony under heavy downpour. 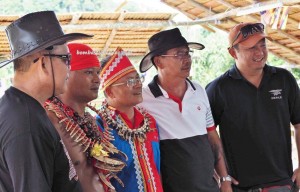 Waiting at the rocky spot at the border for the arrival of the Kadek villagers was such a big frustration for a near hundred strong well wishers and the filming crews flown in from KL specially to cover this event. Several false alarms of the Kampung Kadek arrival with both gunshots and firecrackers spanning more than 3 hours was stressful for our group at the rocks as well as those waiting for them at the village hall. Obviously, those visitors were taking way too much time grooming themselves at a stream which was not within sight at the rocky spot. They were simply oblivious to the importance of time and the frustrations of the waiting hosts and VIPs. Under the looming dark clouds I lost my patience and headed back to the village, knowing very well that their eventually turn up would be insignificant as my camera would be made redundant under the rain. I pitied those crews with their expensive equipment and drones. Rain or shine the show had to go on. Speeches were made at the canopy area before shifting to the baruk or skull house where the main event of pig sacrifice would be held on the second day.

This year’s event was by far the biggest we have witnessed through the years here. With the pledge of grant from the Tourism Minister, we hope the new baruk would create a bigger interest in this unique traditional Bidayuh ritual. Kampung Gumbang has finally stepped into Sarawak’s tourism spotlight and Ketua Kampung Atok after putting in much effort has every reason to be proud.