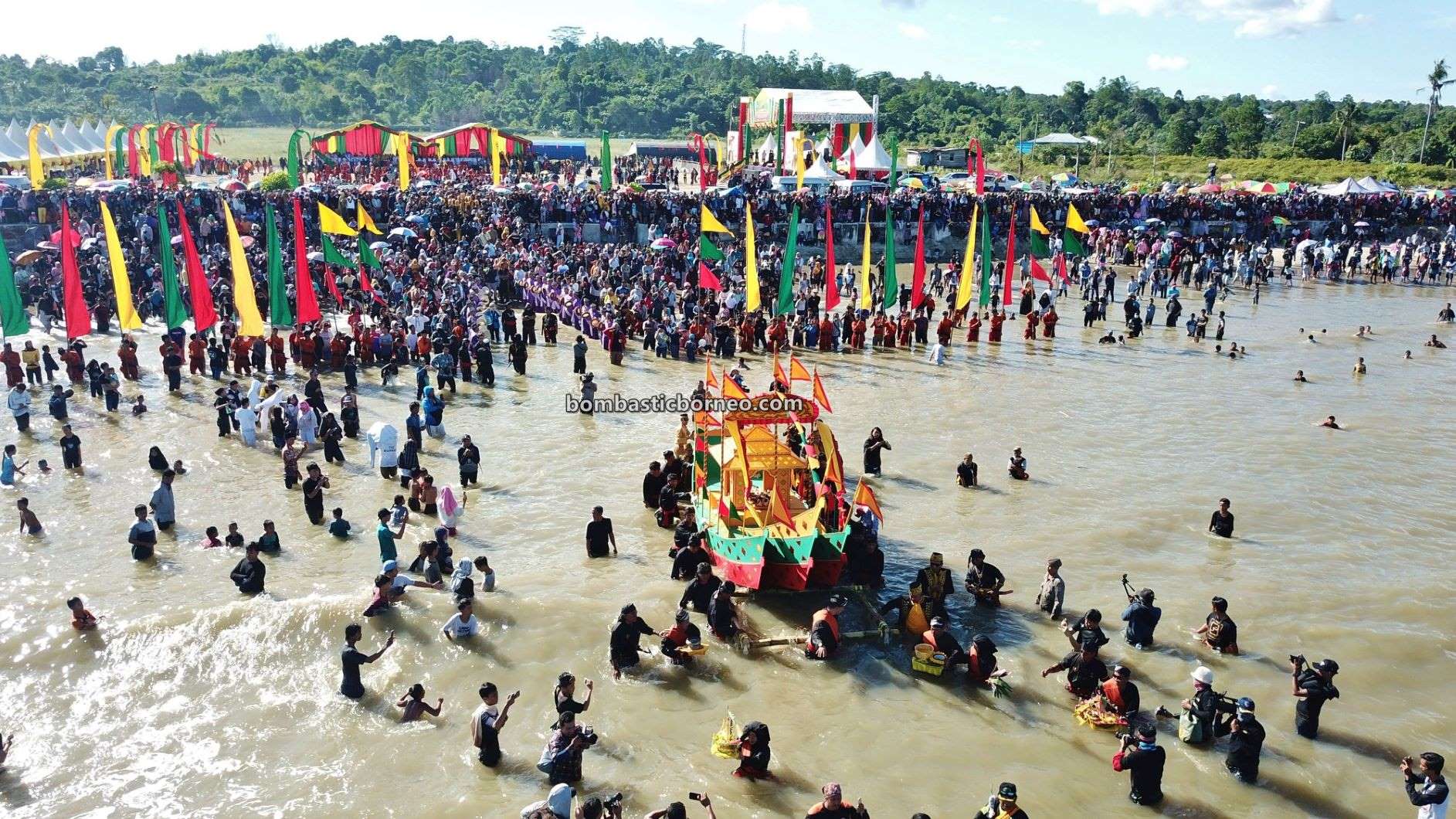 The Tidung, Tidong are a native group originating from northeastern part of Borneo and surrounding small islands. They live on both sides of the border of Malaysia and Indonesia.
The Iraw Tengkayu Festival is a traditional thanksgiving ceremony held by the Tidung people in Tarakan City, North Kalimantan Province. Iraw means festival, and Tengkayu means “a small island in the middle of the sea,” which is Tarakan Island.  This festival is usually held every 2 years and coincides with the anniversary of Tarakan City.
The core of the Iraw Tengkayu Festival is the Padaw Tuju Dulung boat ritual. The boat is decorated with the distinctive colours of the Tidung tribe, which are yellow, green, and red. The boat filled with offerings would be carried to the sea and allowed to drift away.

We were quite ignorant of this event until the very last day when we were driven to Amal Beach, the venue of this biennial festival. 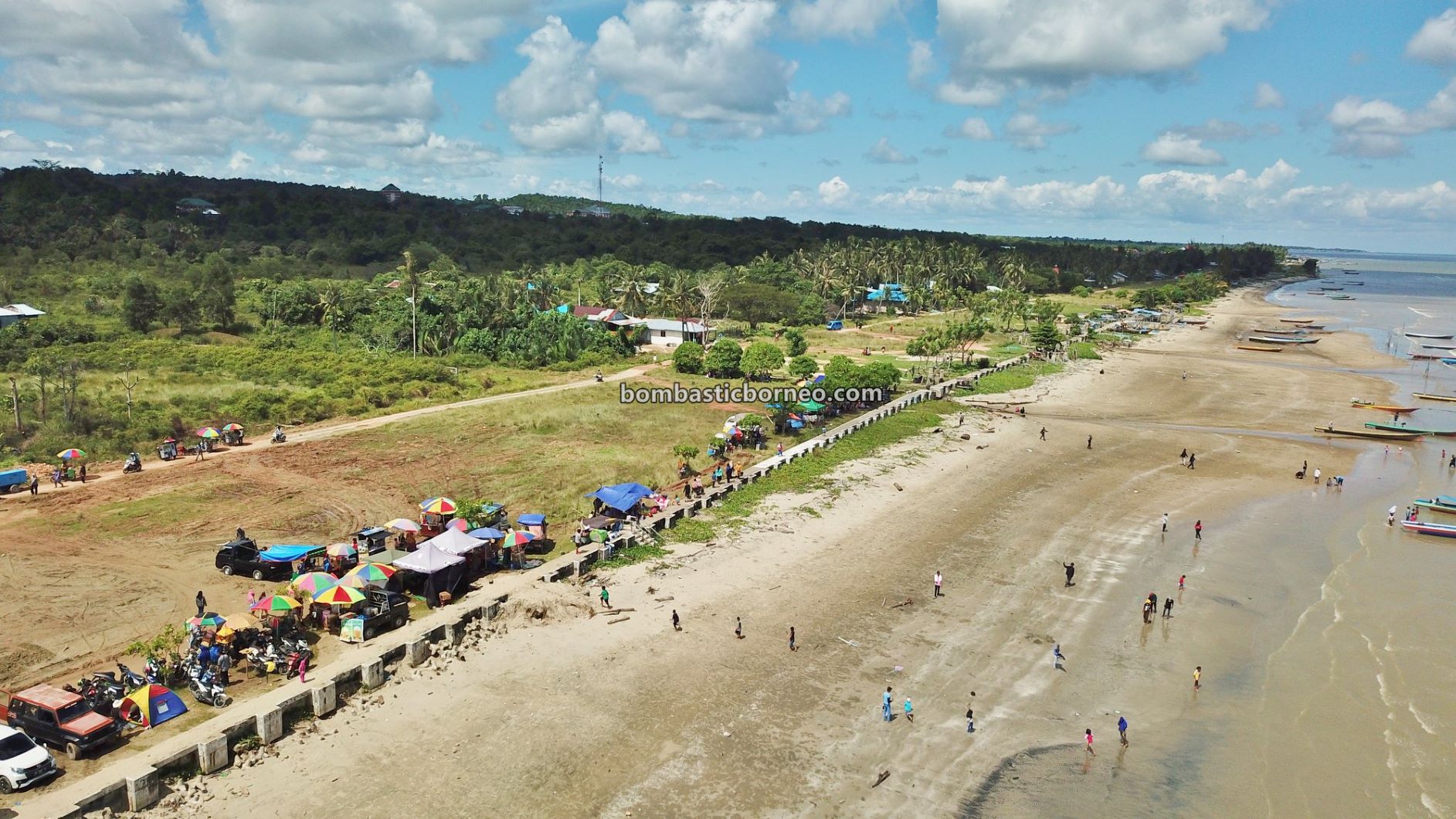 It was the first time that we heard of the existence of this Iraw despite the fact that we had heard of quite a number of Irau festivals in East and North Kalimantan. Anyway, it was a very pleasant surprise. As we were on the way there, the street parade in the city centre had just started. Too bad that we had to give that a miss. So on hind sight, the whole Fam trip was tied in with the Iraw Tengkayu and also tied in with the Tarakan City Day celebration. Multiple package it was which was nice. 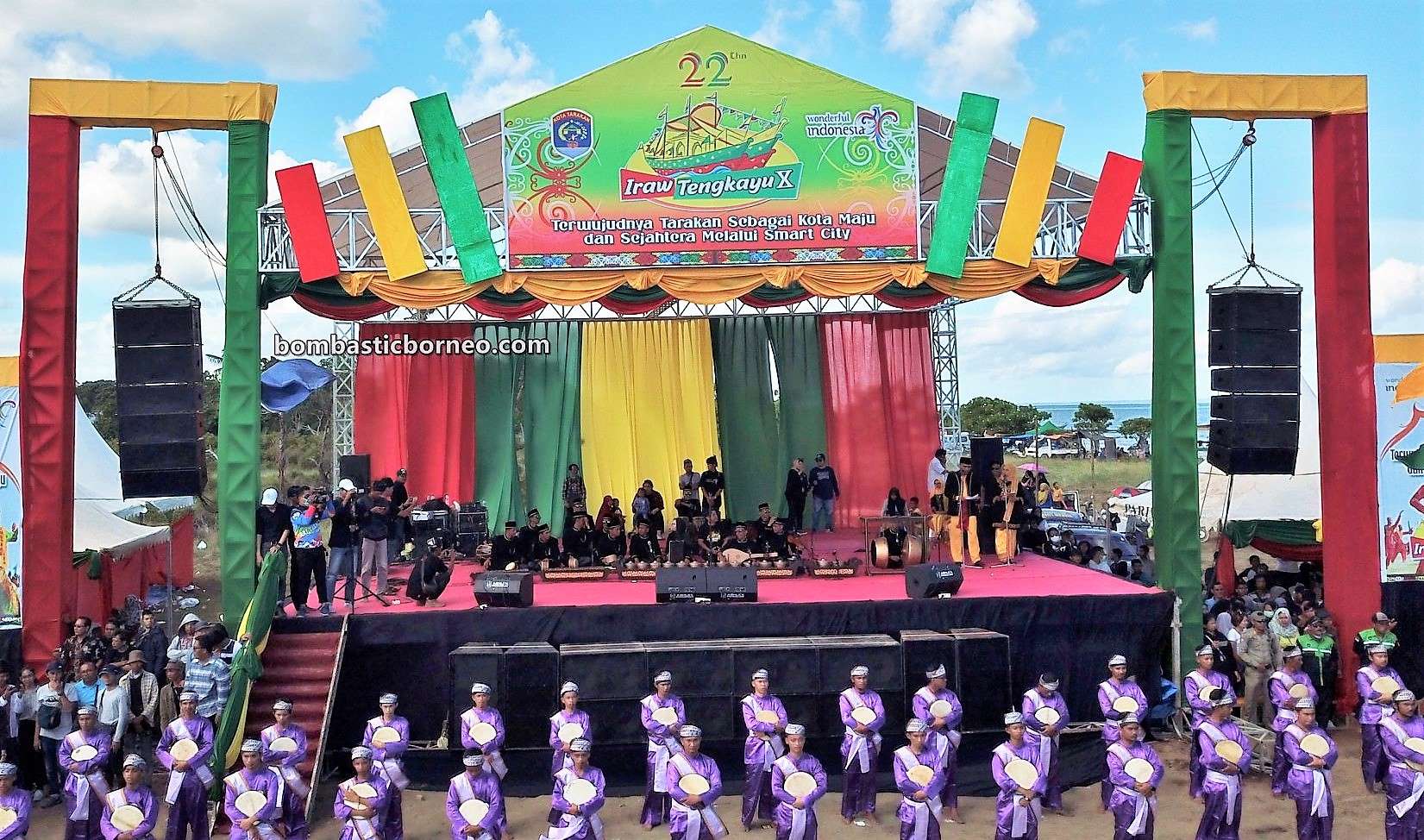 First we headed to the restaurant Ibu Bahagia near the venue for lunch. The restaurant was famous for its ‘Kapah” or clam but later I found out that it was the dipping sauce that made the ‘kapah’ special and famous. But if you are not a fan of spicy sauce then the clam is pretty ordinary.

After lunch was done with, the delegates proceeded to the event venue. There must have been a few hundred dancers in total for the dance performance, all dressed colourfully. The accompanying music was very impressive which was a lot livelier than the usual. 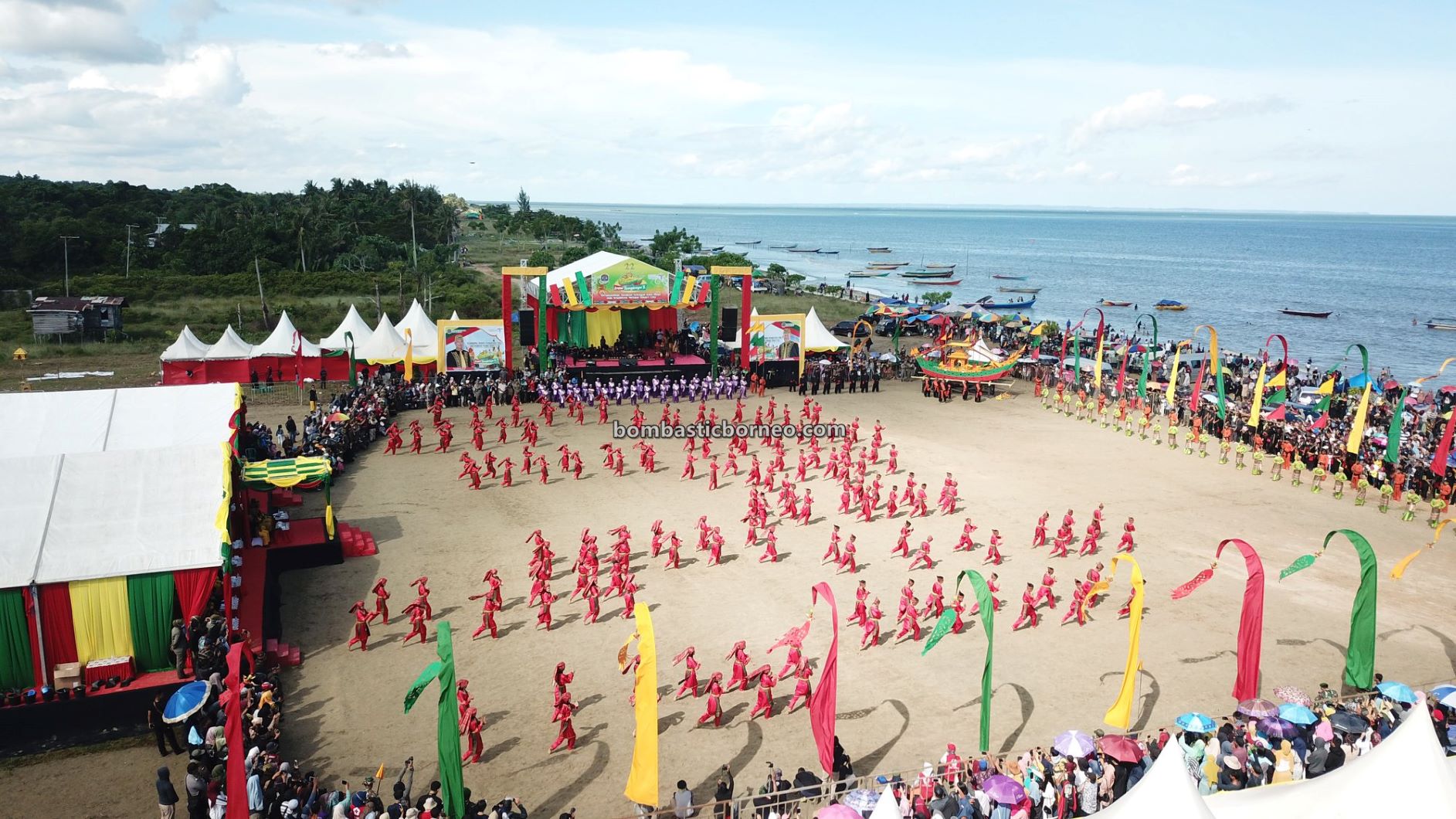 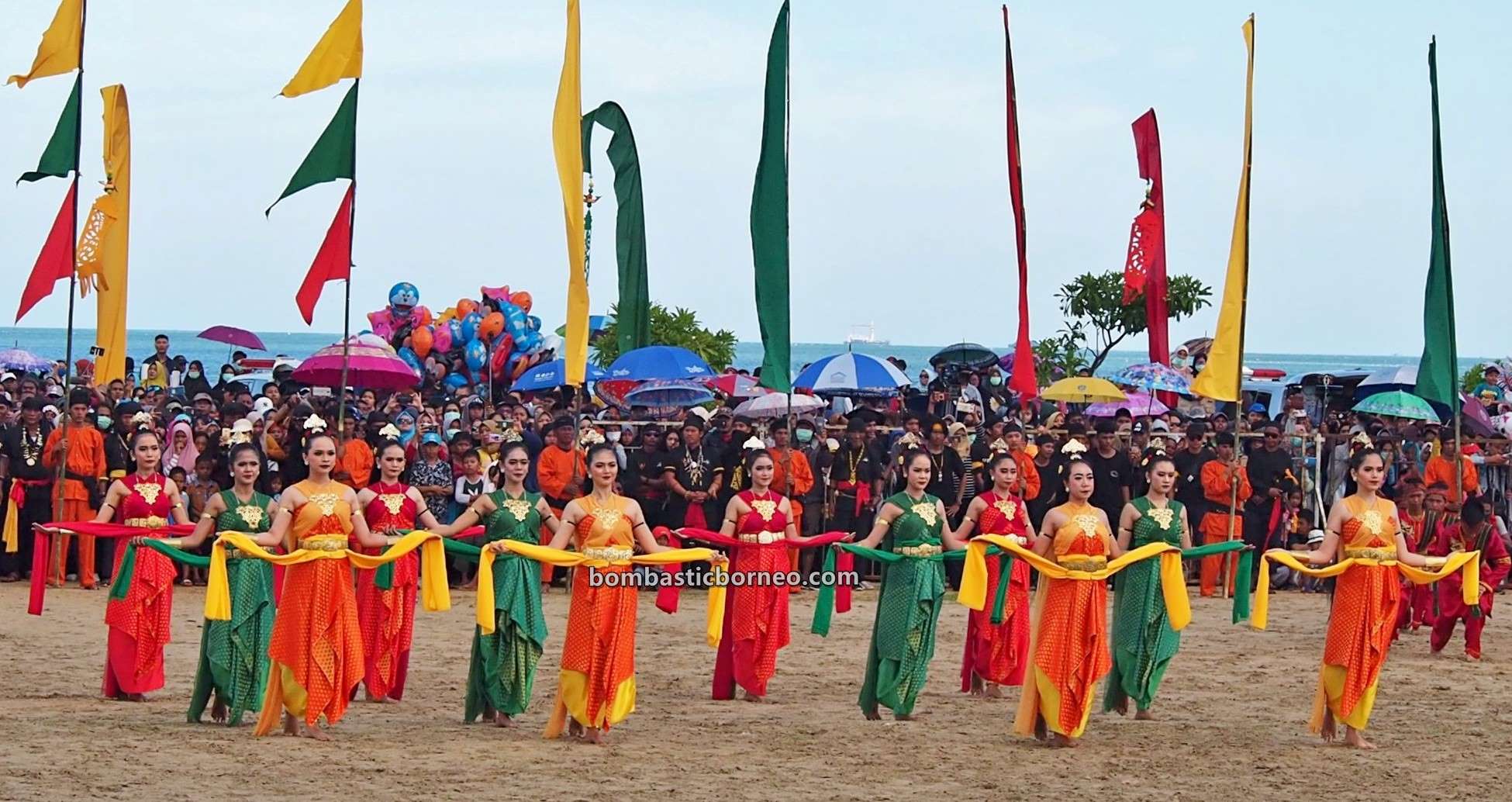 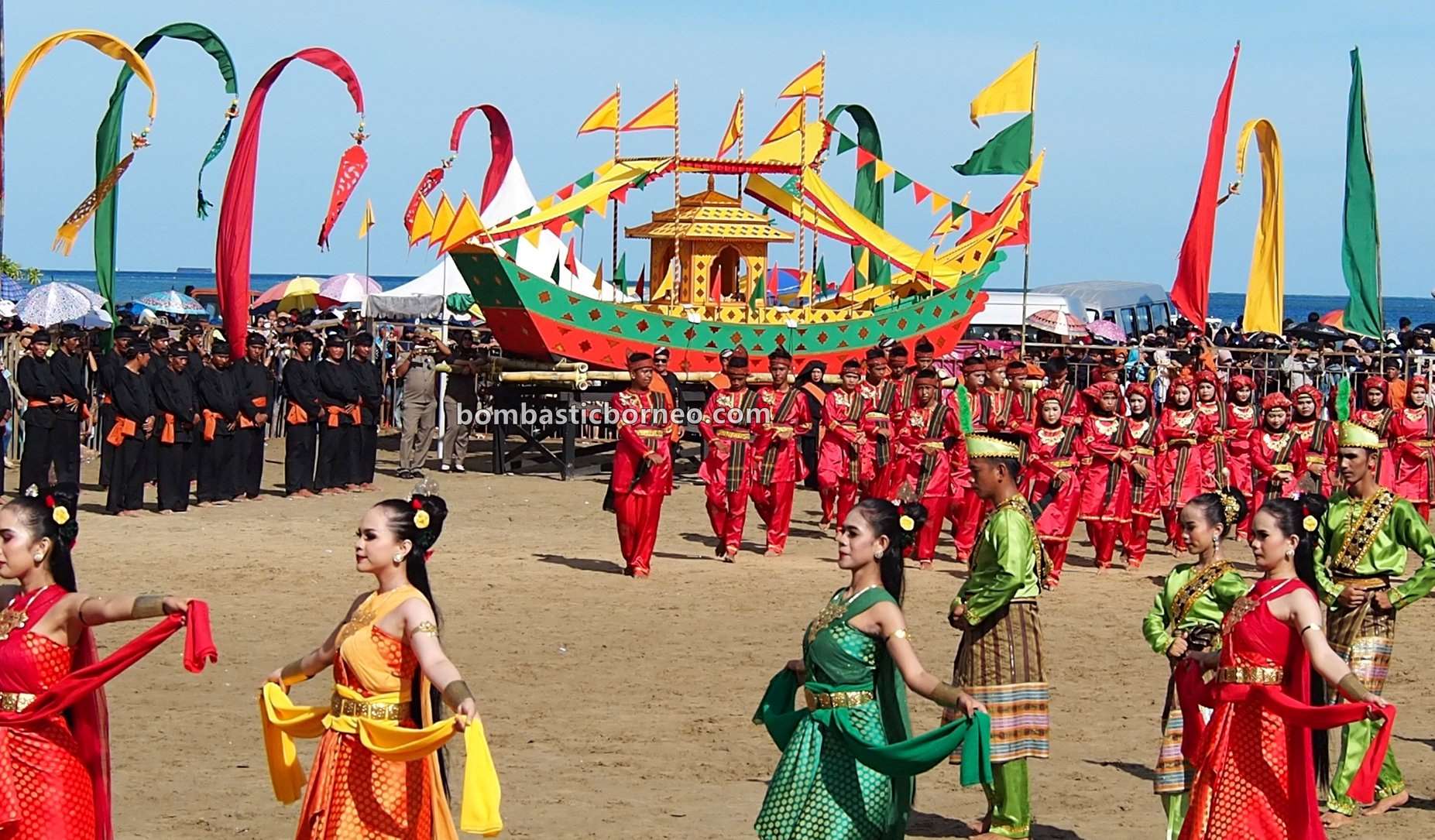 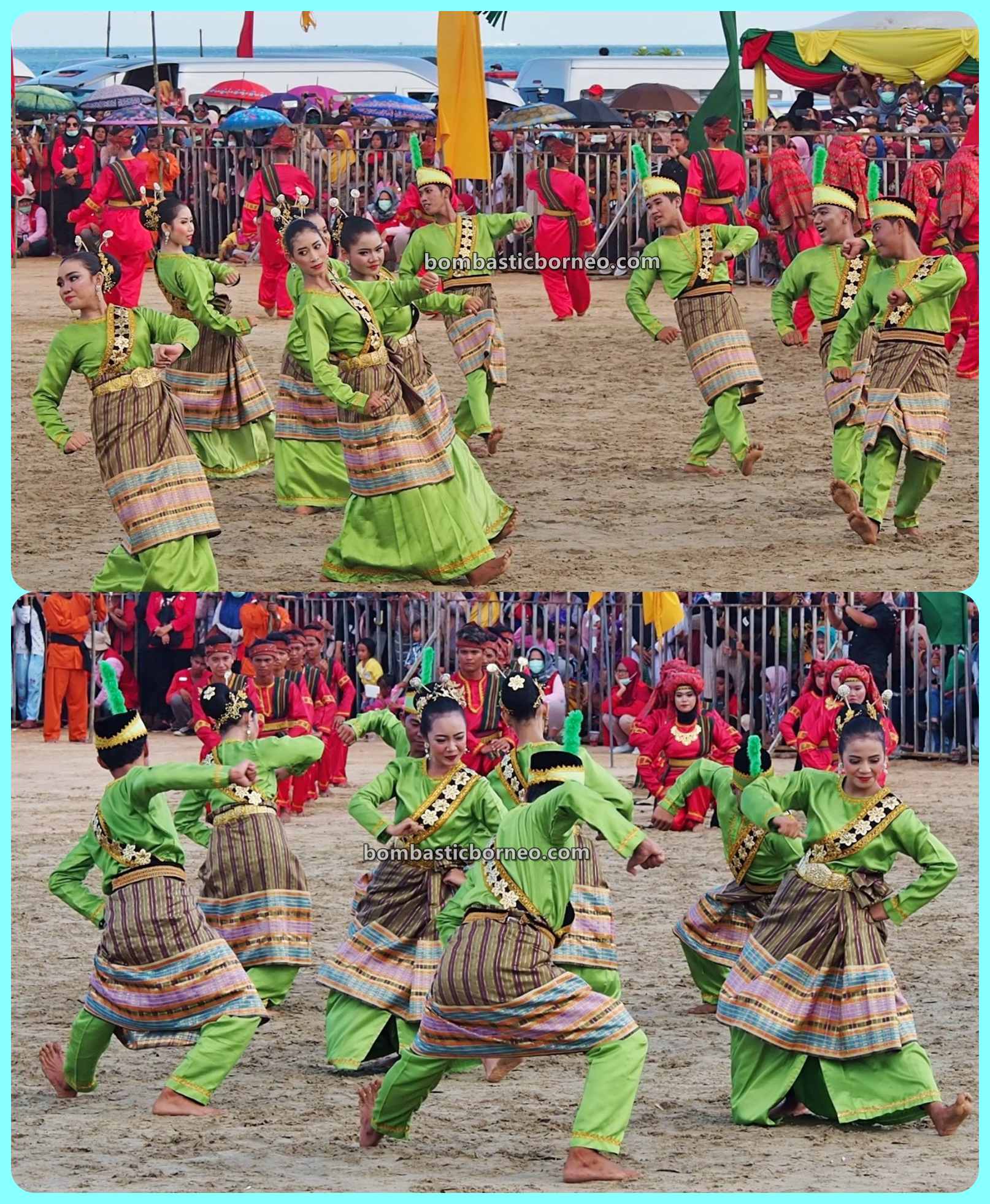 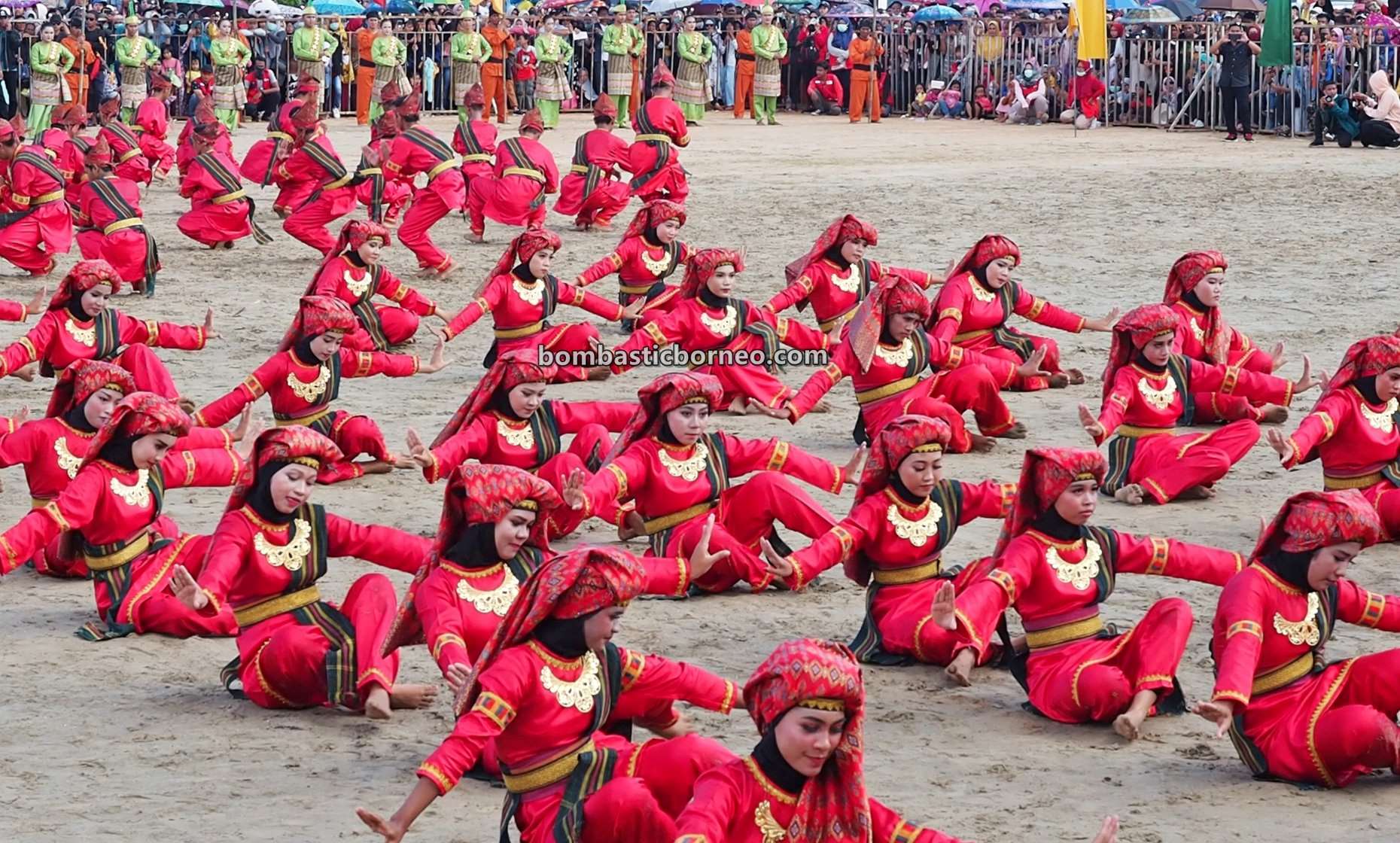 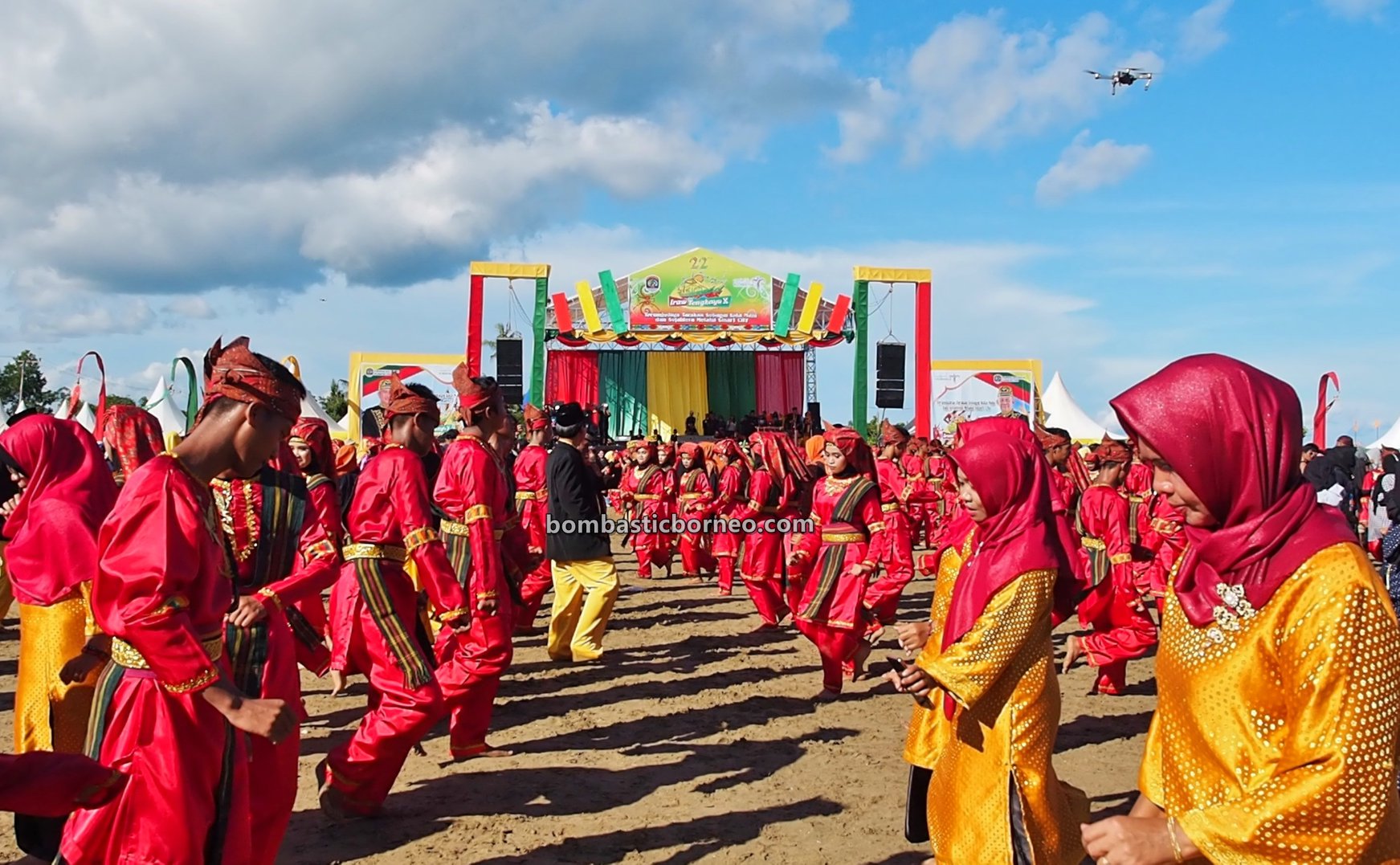 Later the Governor of Kaltara gave his speech in which he declared the Iraw Tengkayu festival would be changed to annually rather than biennially as had been practiced prior to 2019, much to the approval of the crowd. Big long applause! 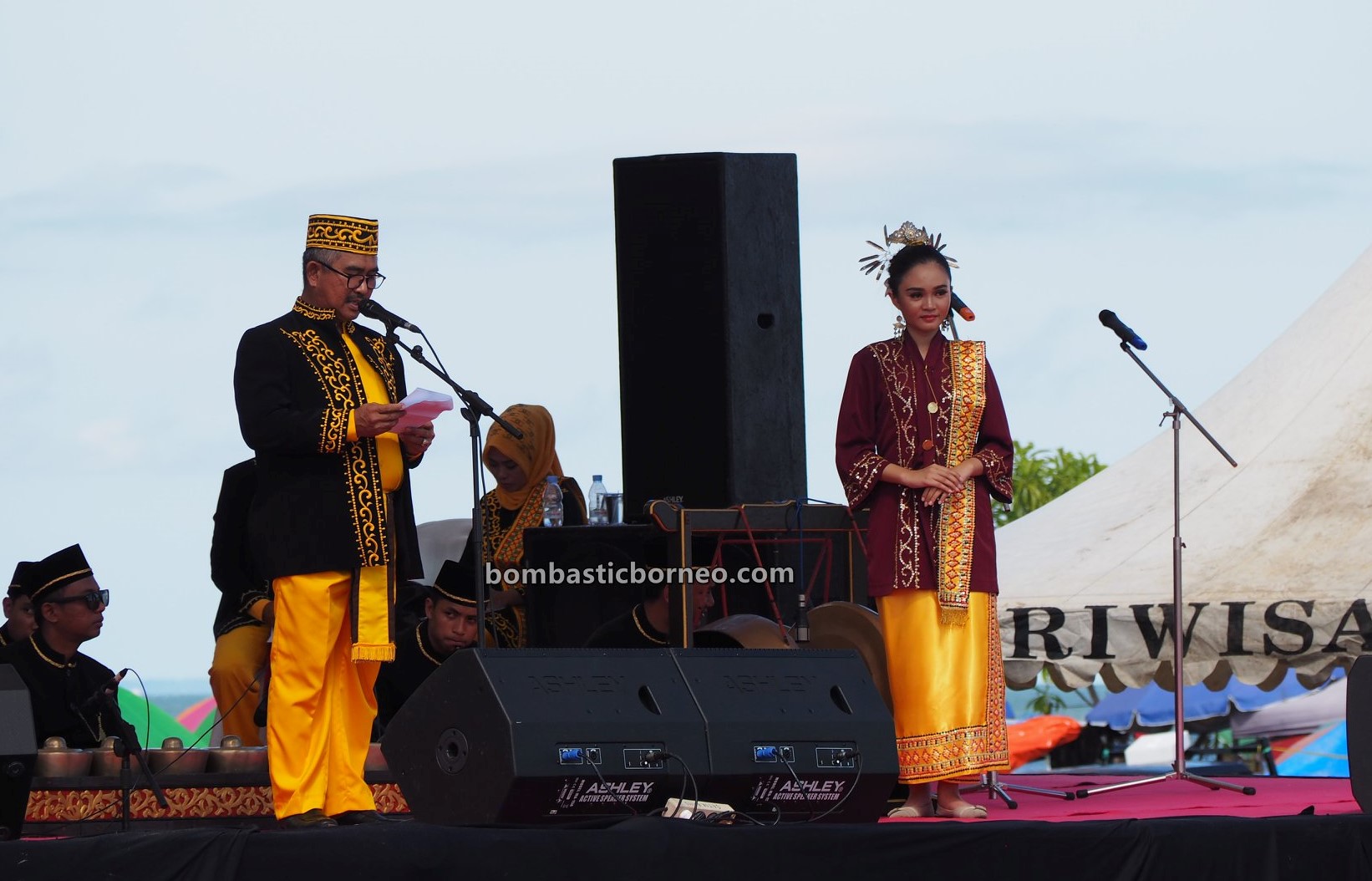 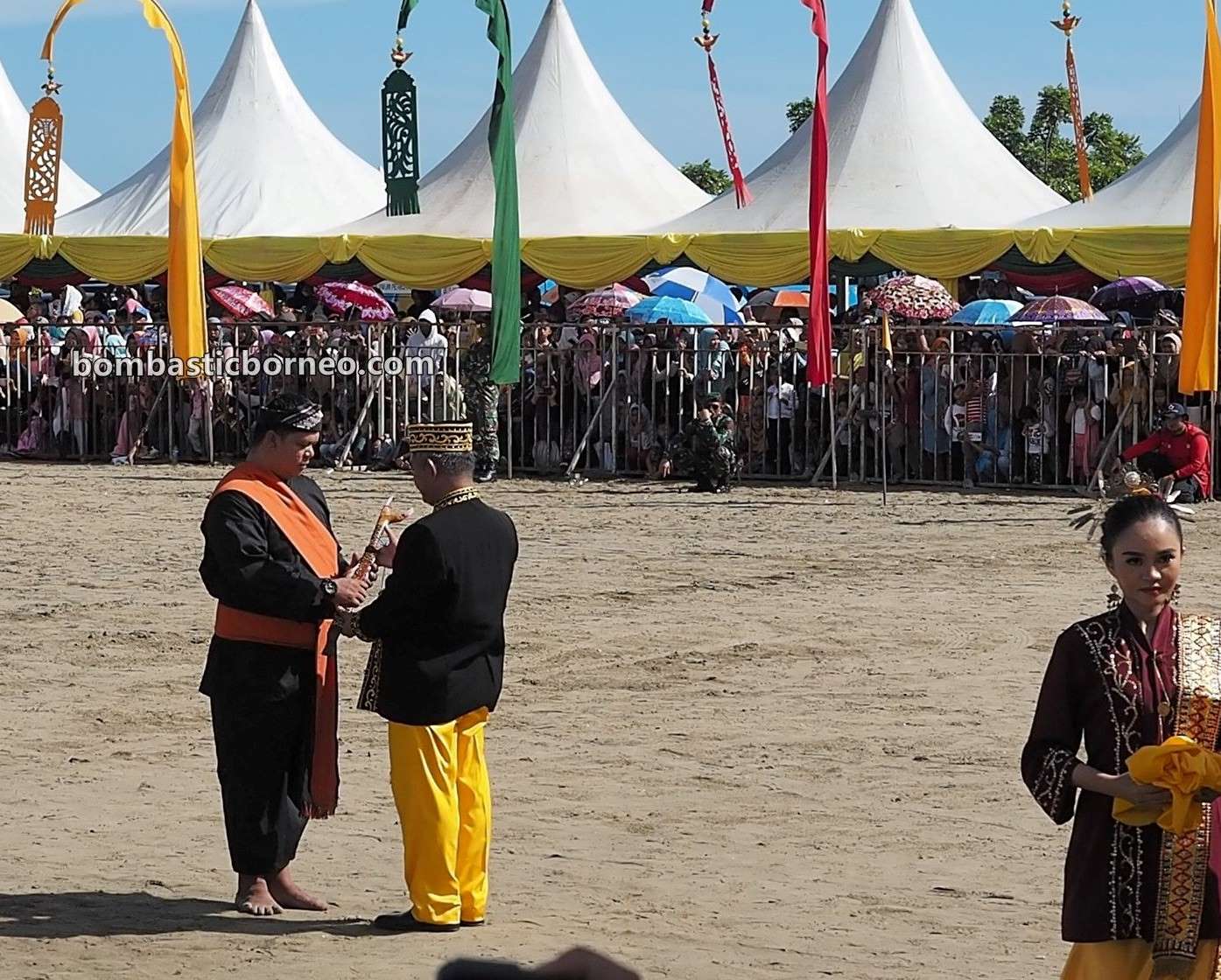 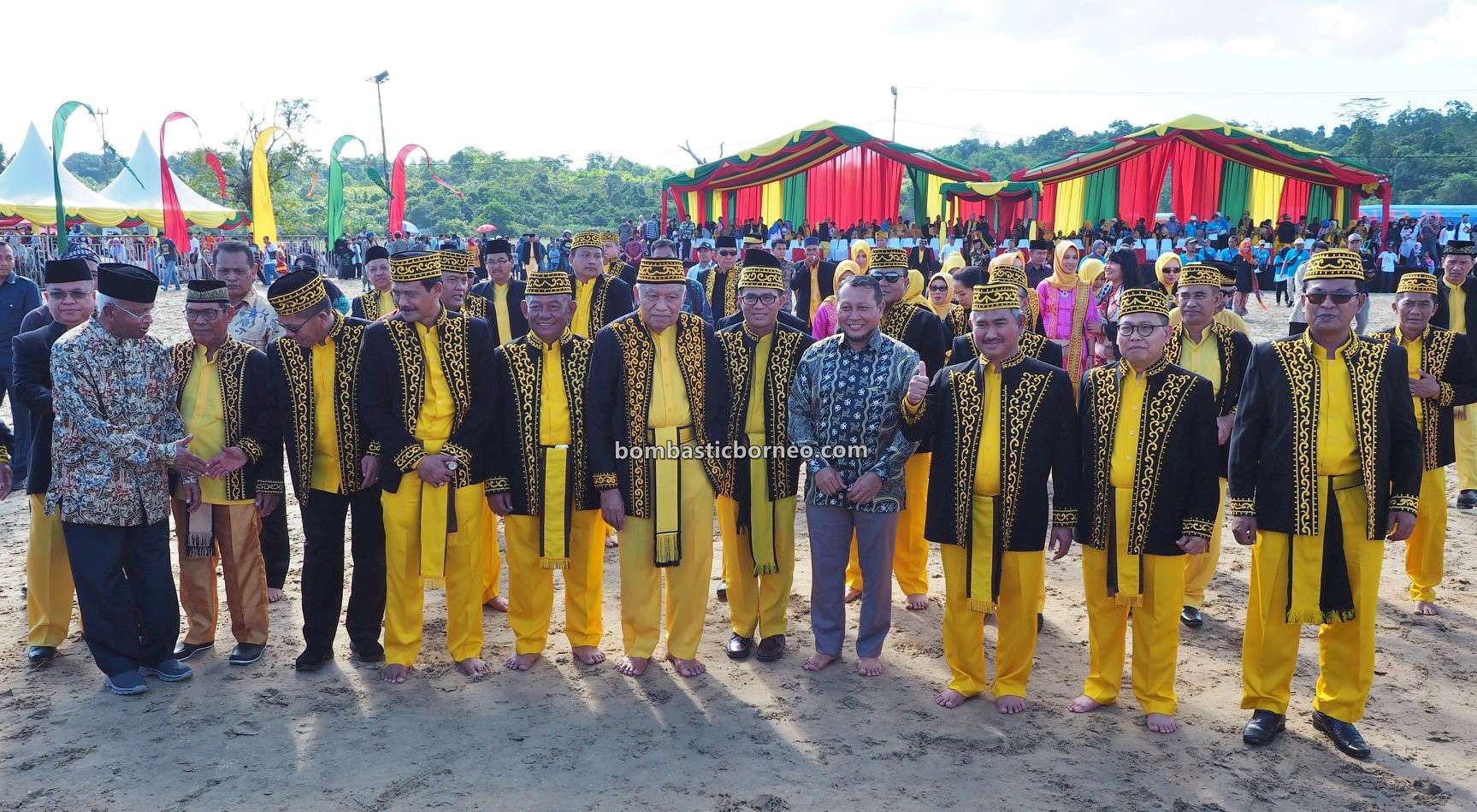 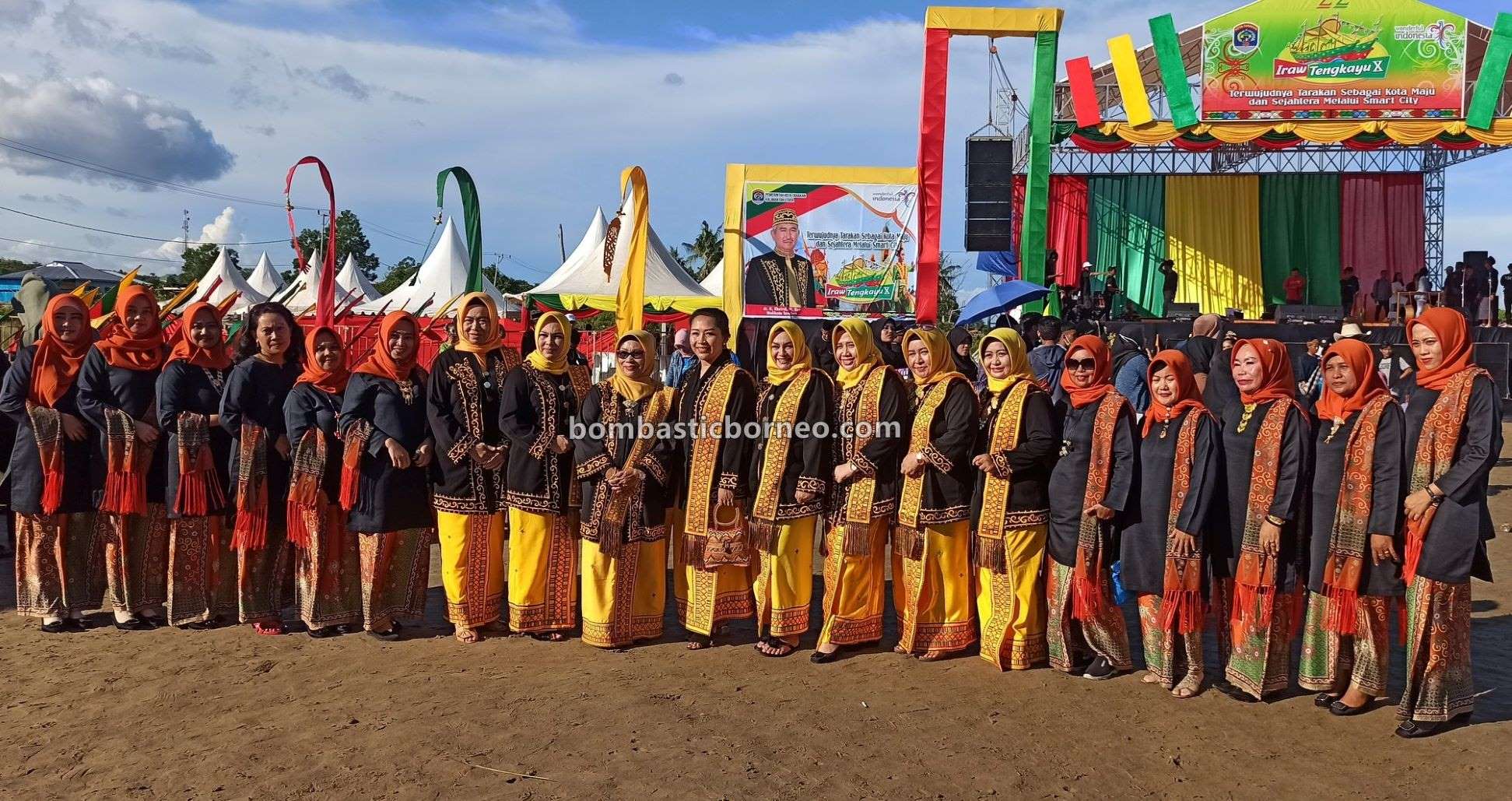 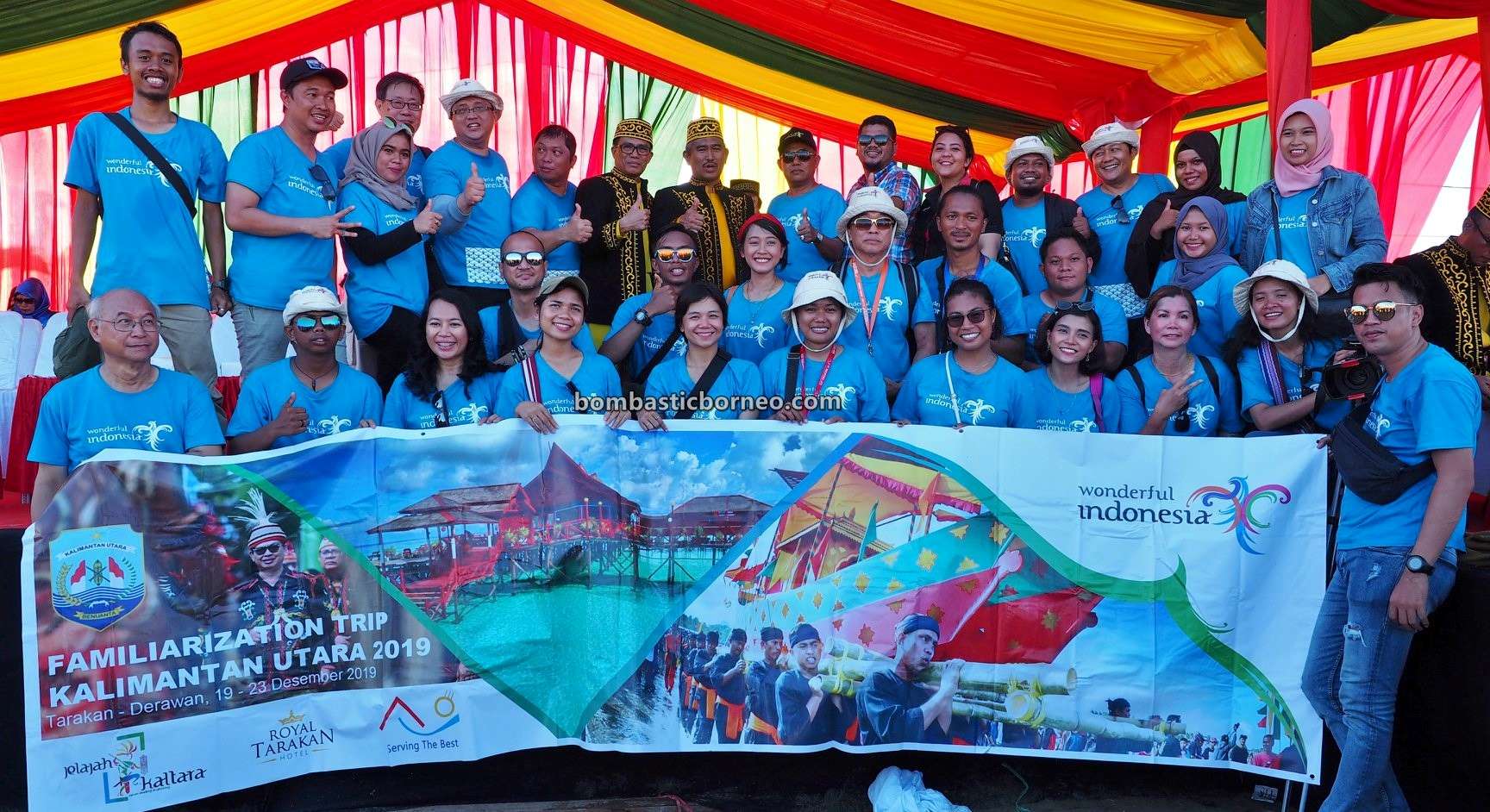 After his Excellency declared the festival opened, the specially designed wooden boat for the occasion, with offerings inside, was slowly pushed to the sea. 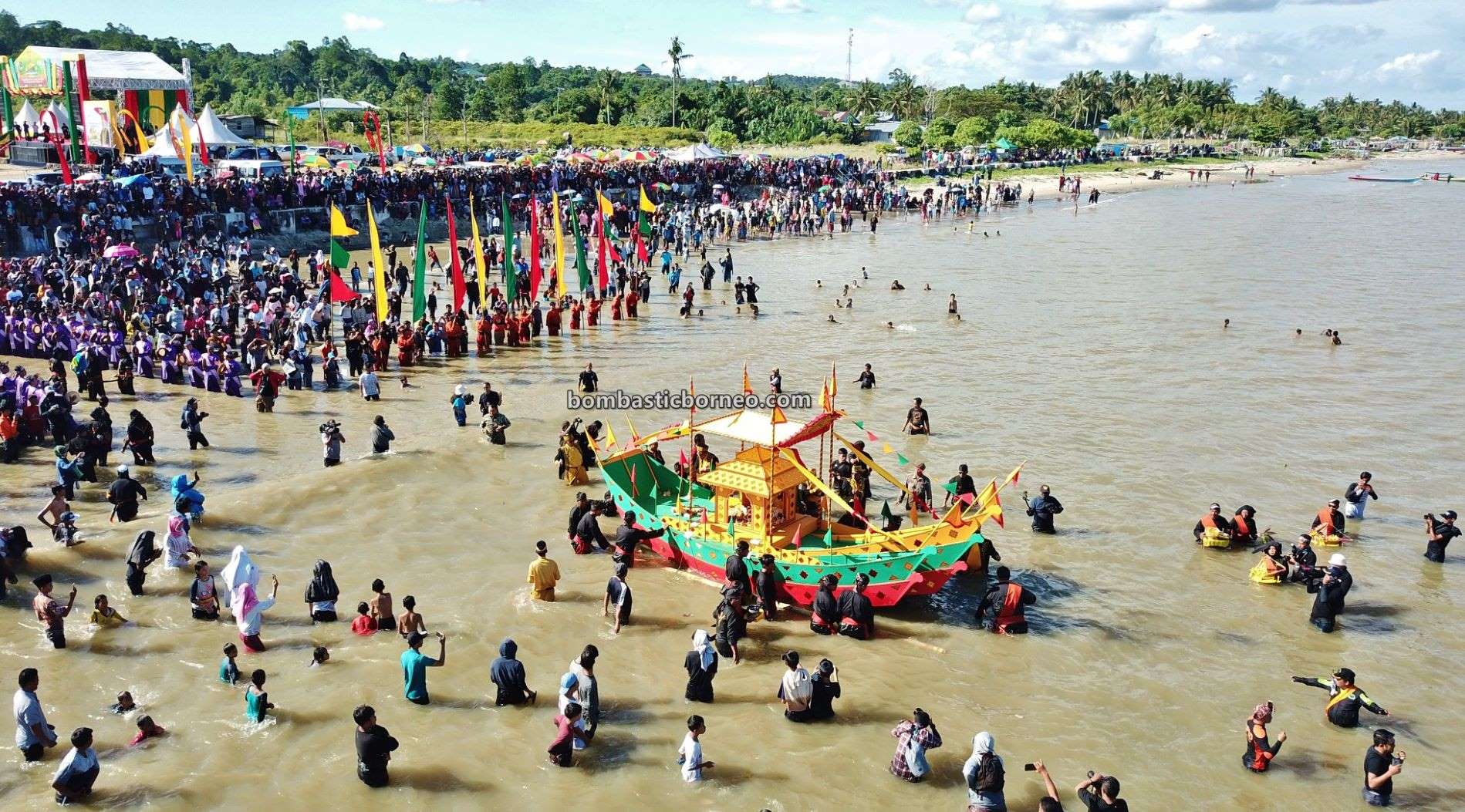 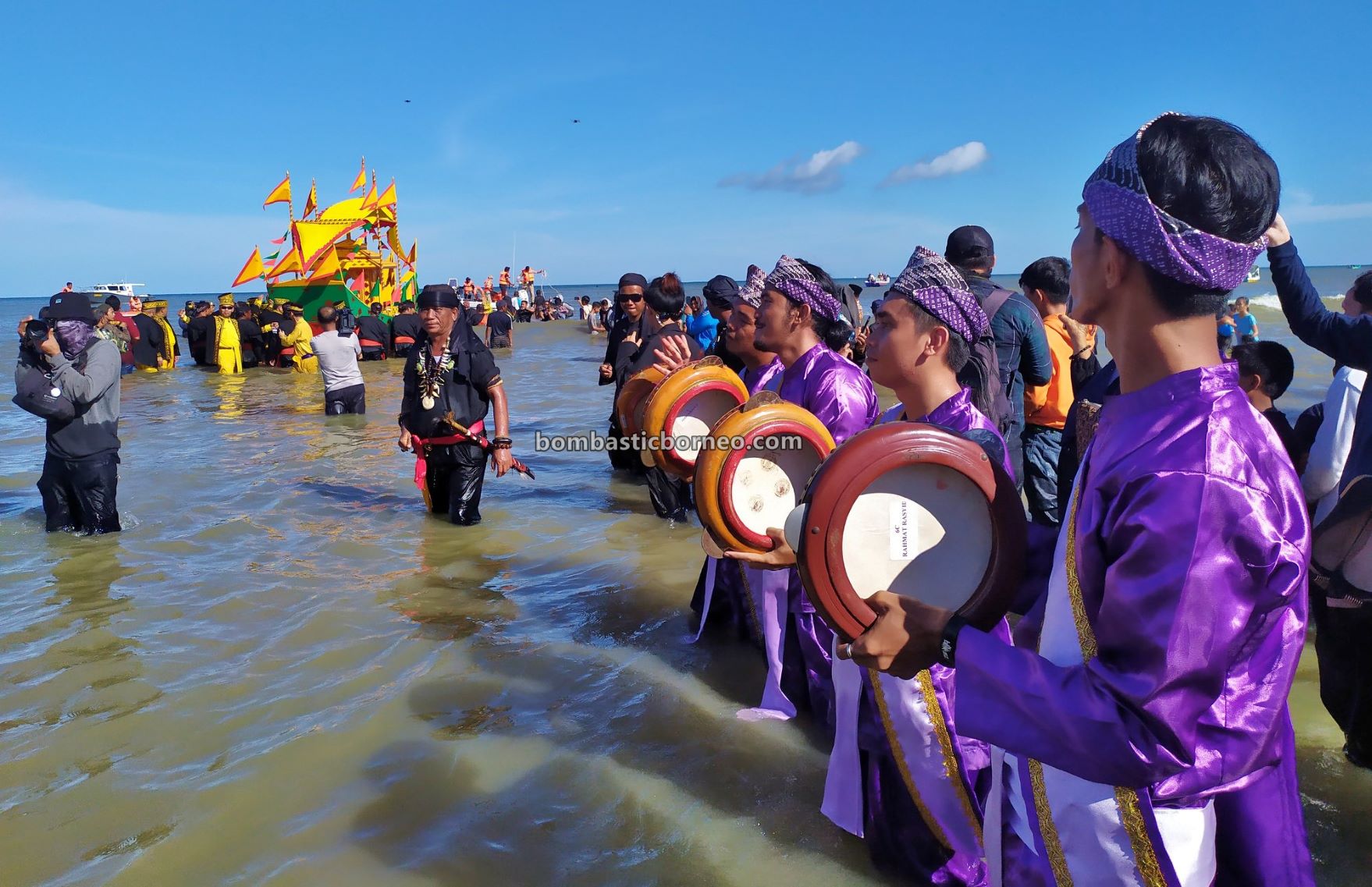 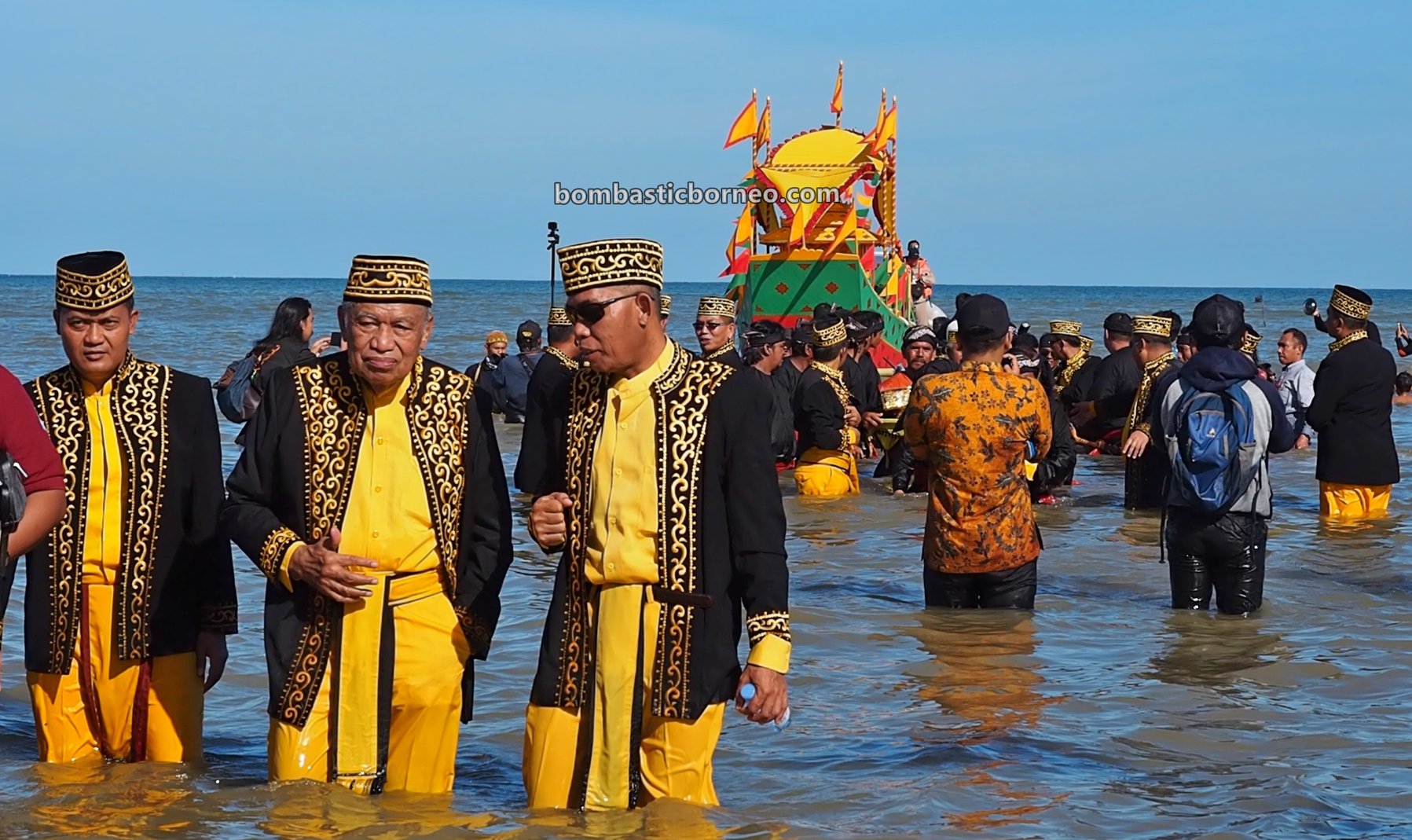 Military planes flying at very low altitude, flew passed the crowd several times to give the occasion some umphs. Then out of the blue, there must have been about 15 units of drone zooming up into the air, including mine. For the first time in my drone flying life, I was genuinely worried about an inevitable air disaster. But thank God, all flyers were that good not to run into each other. The event somewhat reminded me of the Melanau’s Kaul festival in Mukah, Sarawak.
Next……Bits and pieces of Tarakan (last episode)

Also please check out our posts on our Fam Trip Journey: