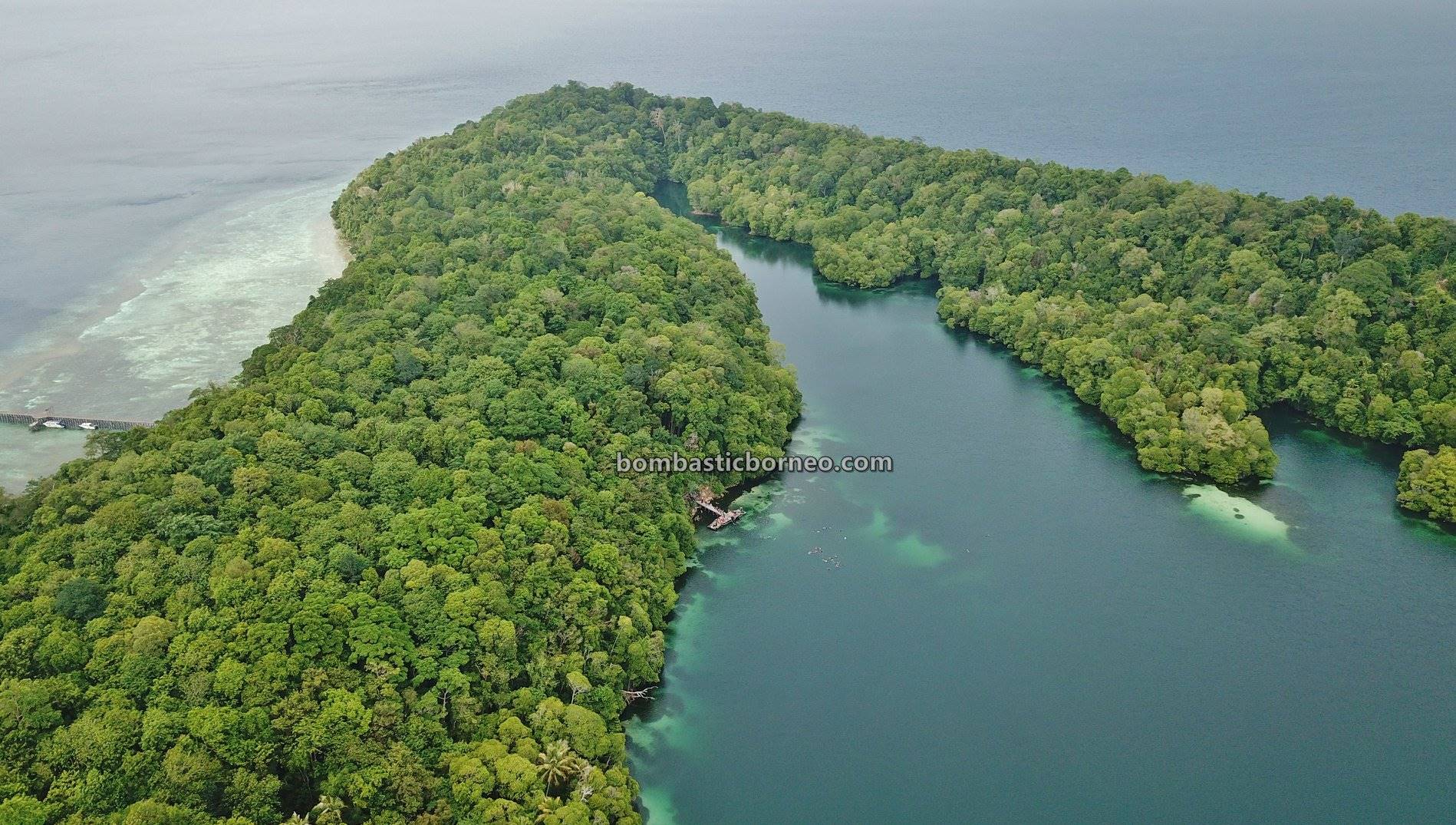 Kakaban island is part of the Derawan Islands, East Kalimantan, Indonesia. The island has an area of 774.2 hectares (1,913 acres). The most distinctive feature is the huge brackish water lake in the middle of the island, in the local dialect Kakaban means “hug” as the island hugs the lake from the surrounding seawater, where thousands of jellyfish live, making it interesting for diving. The jellyfish consist of four different species which do not have the ability to harm humans with their stinging cells. They are Aurelia aurita with a transparent body, Tripedalia cystophora which is fingertip size, Mastigias papua is like a green-brown bulb, and Cassiopea ornata which is an upside-down jellyfish with upright tentacles. (Wiki) 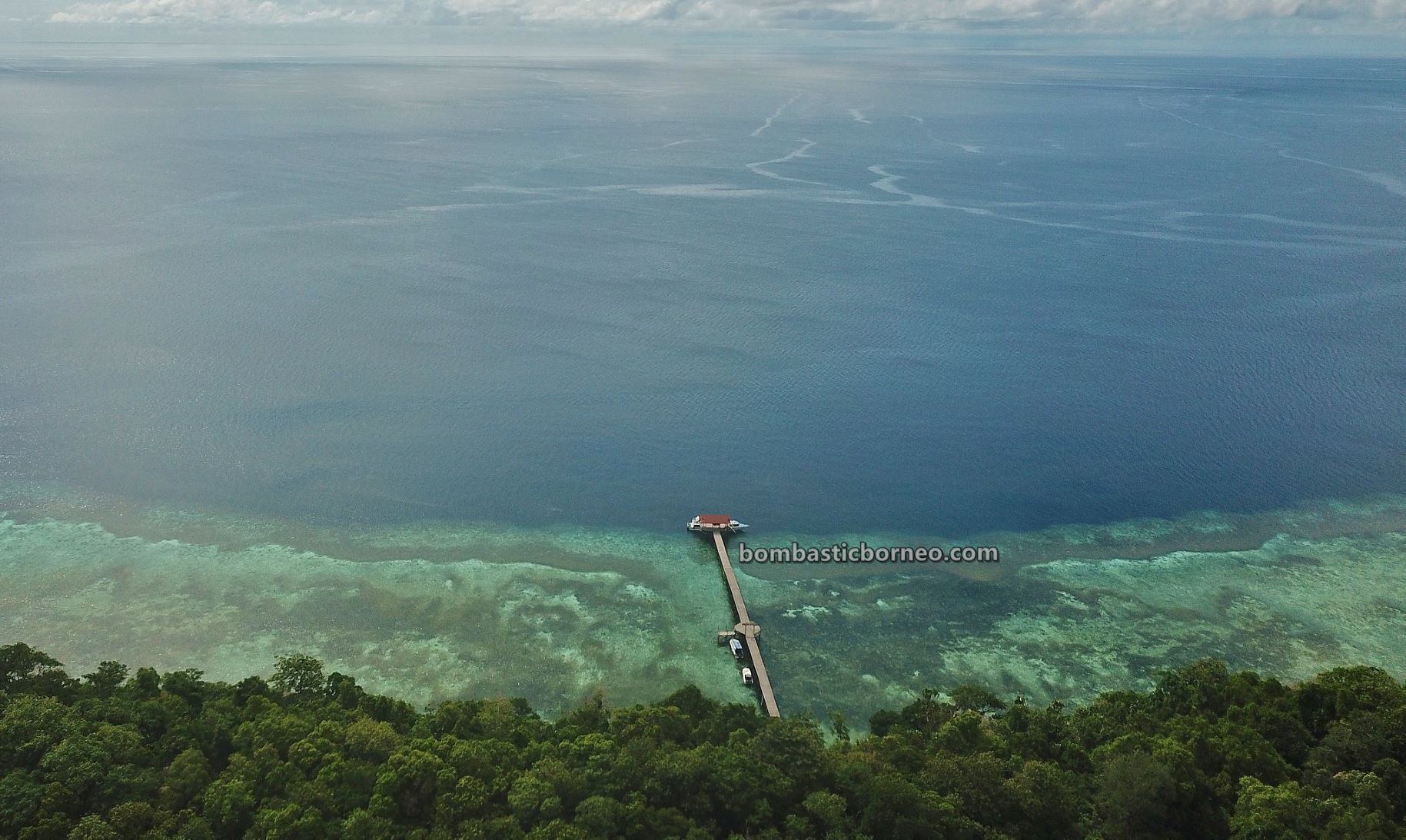 Weather in the islands could change abruptly but luckily the shower was short lived just as we were about to depart for Kakaban island famous for its stingless jellyfish. 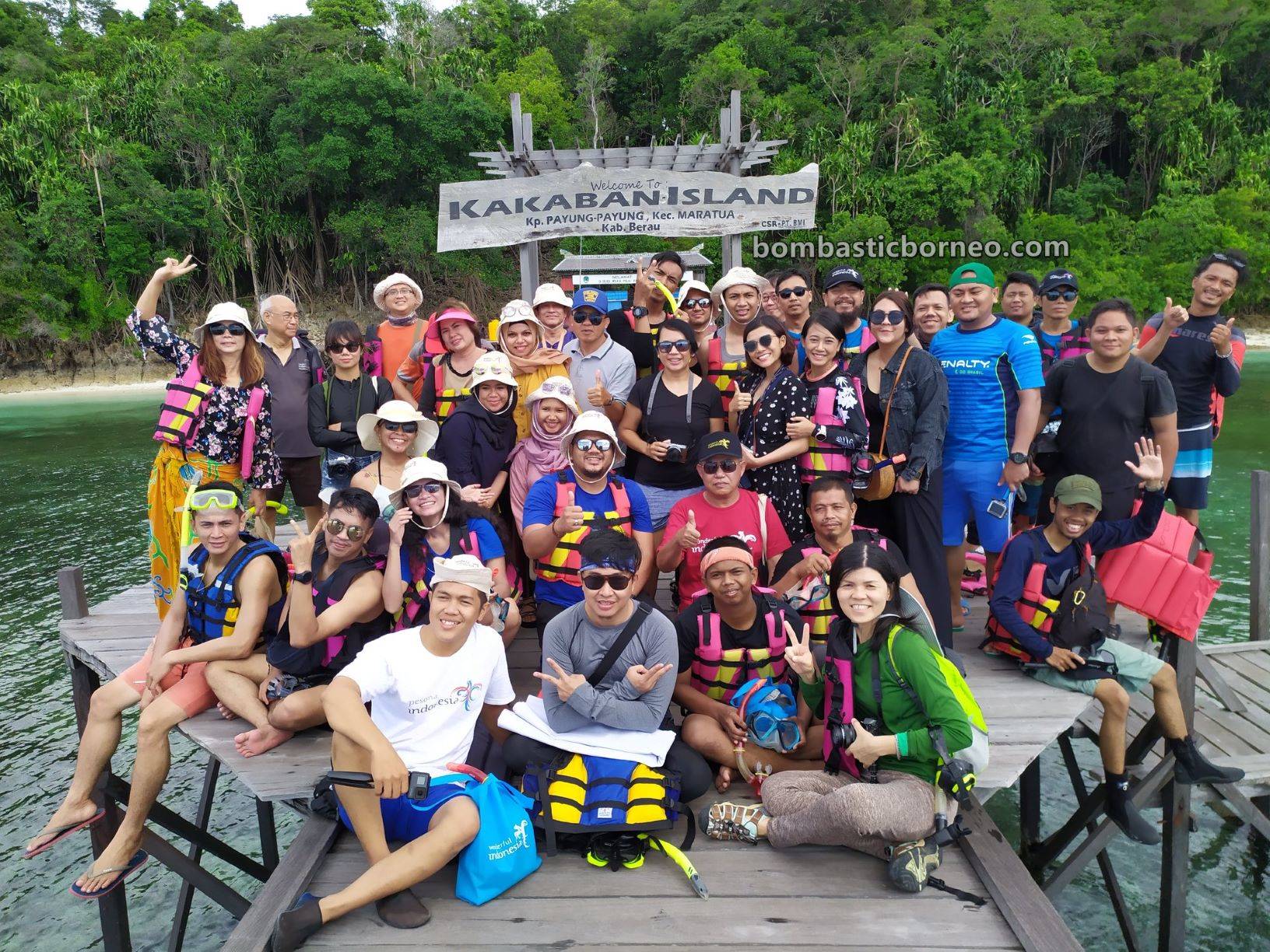 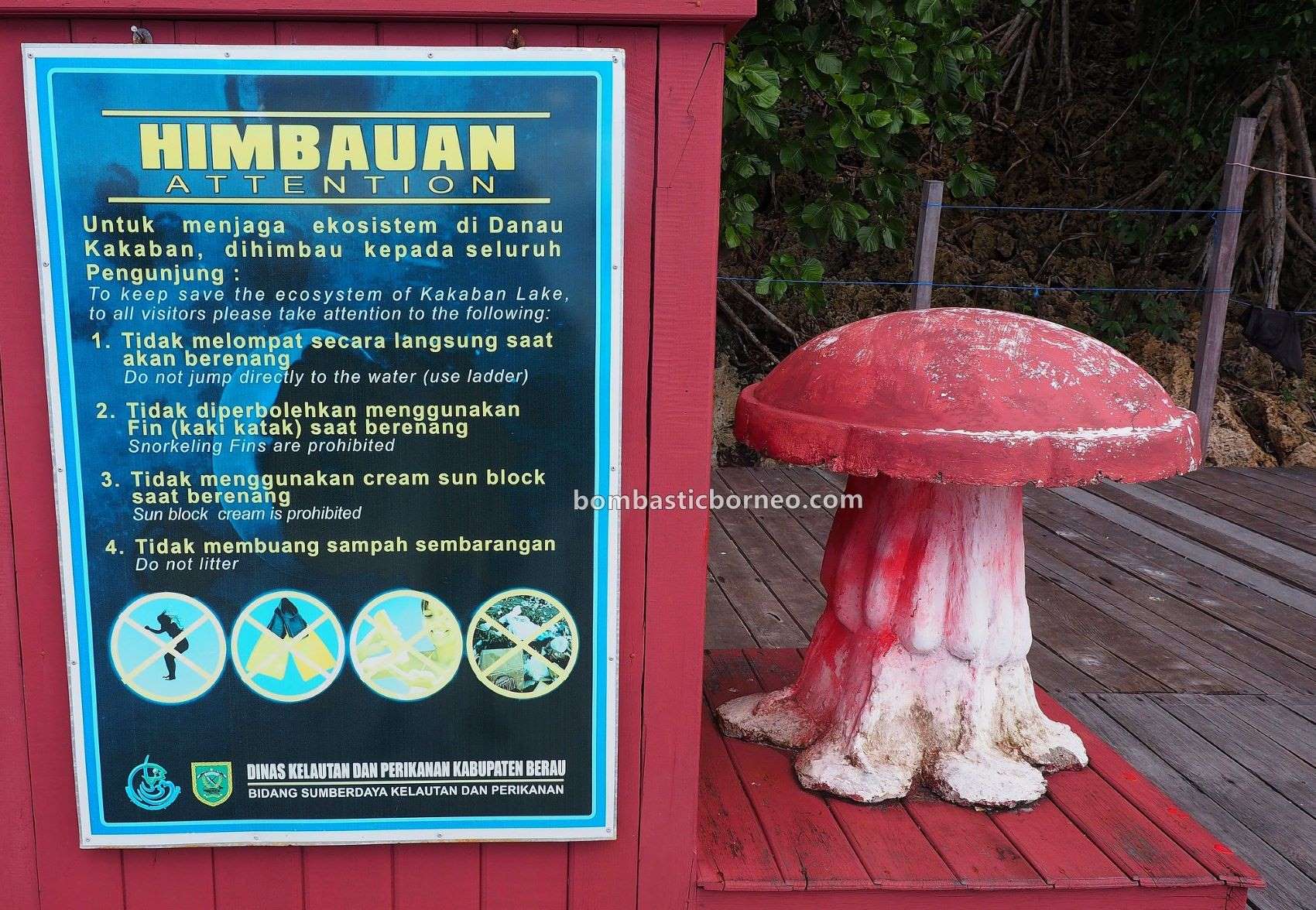 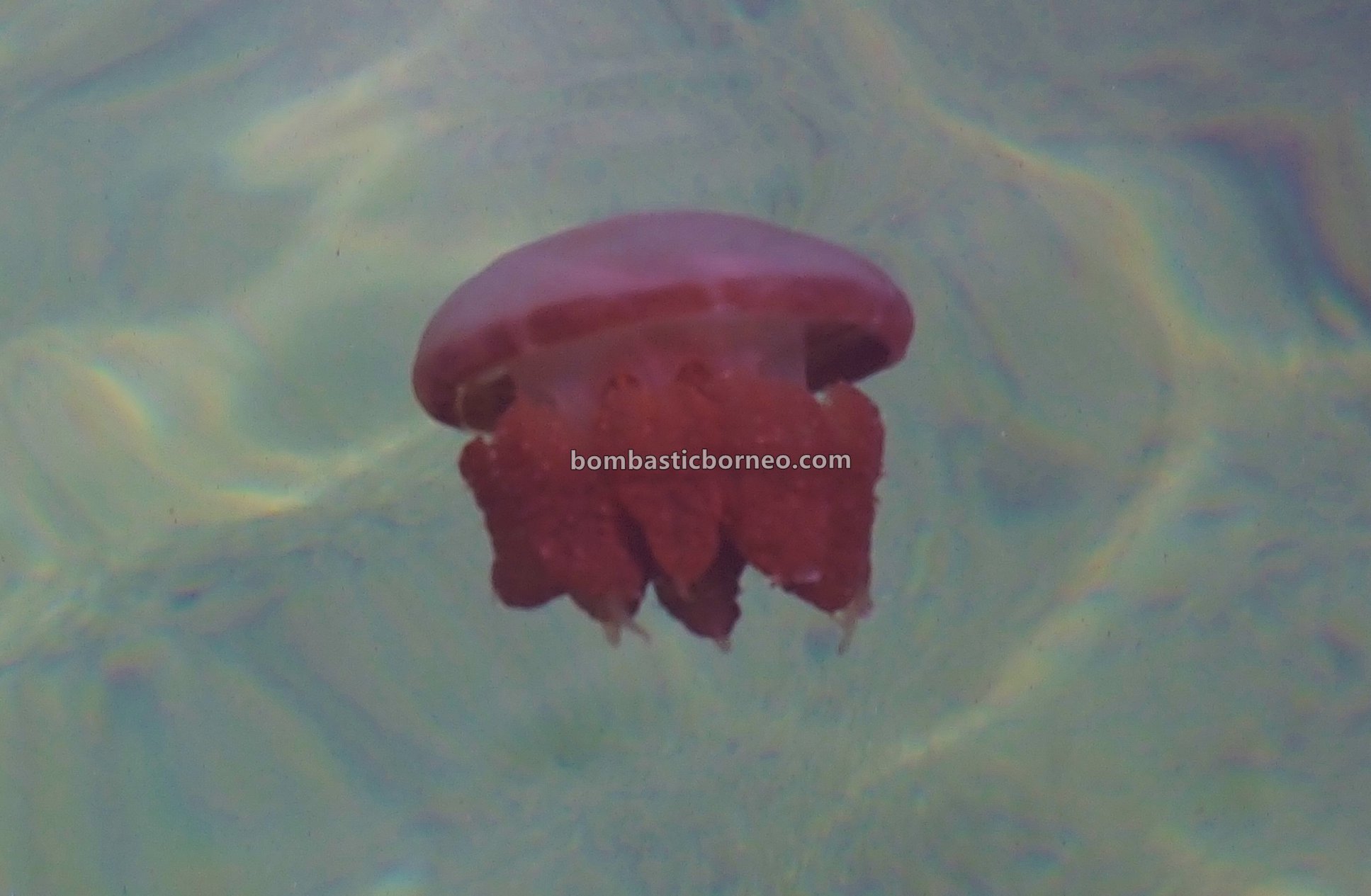 Nothing much had changed since our last visit. The sand was white as always and spotless thanks to no human inhabitation in this island. Thousands of years of being locked out from the sea water had rendered the jellyfish here stingless. 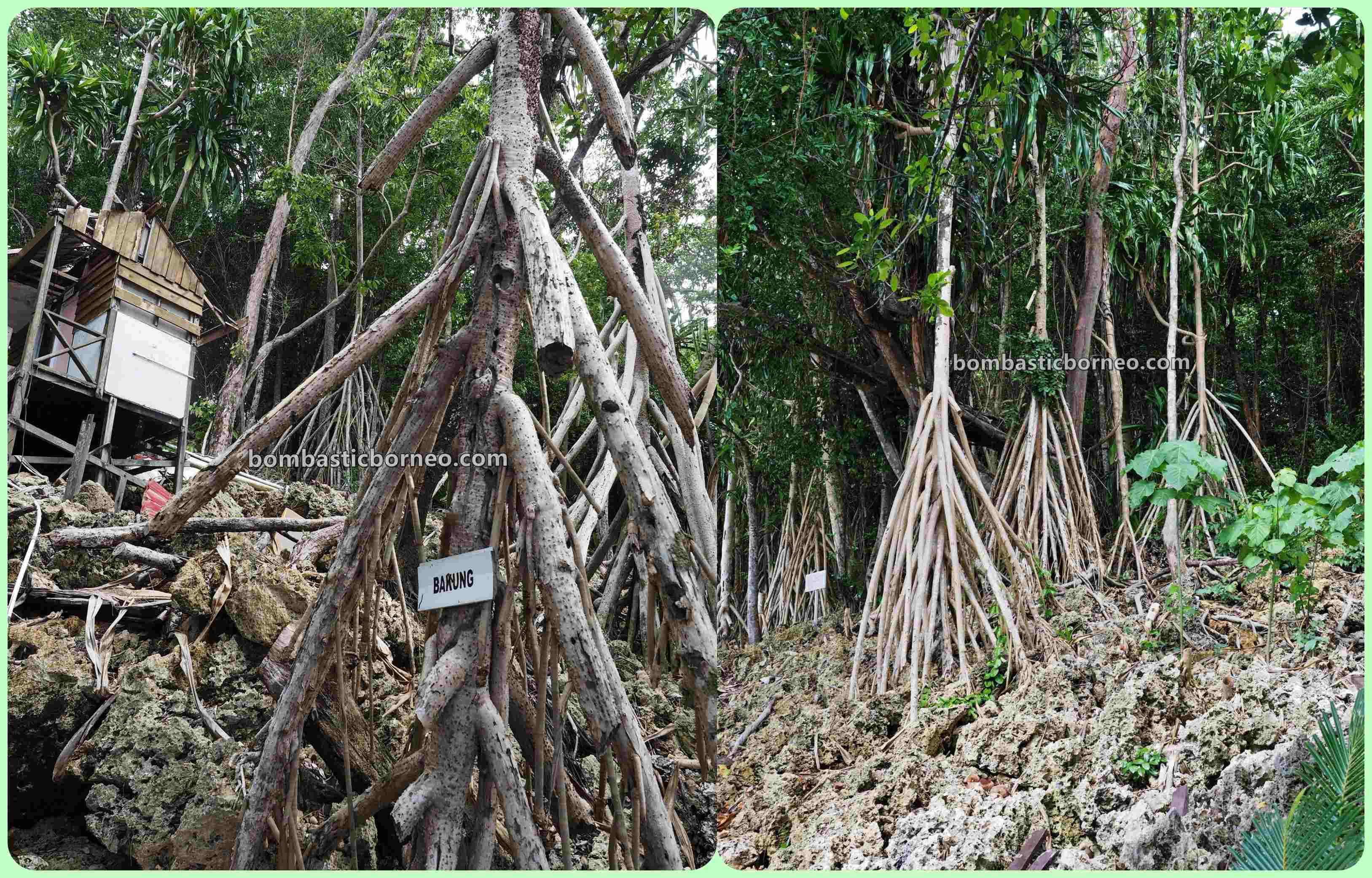 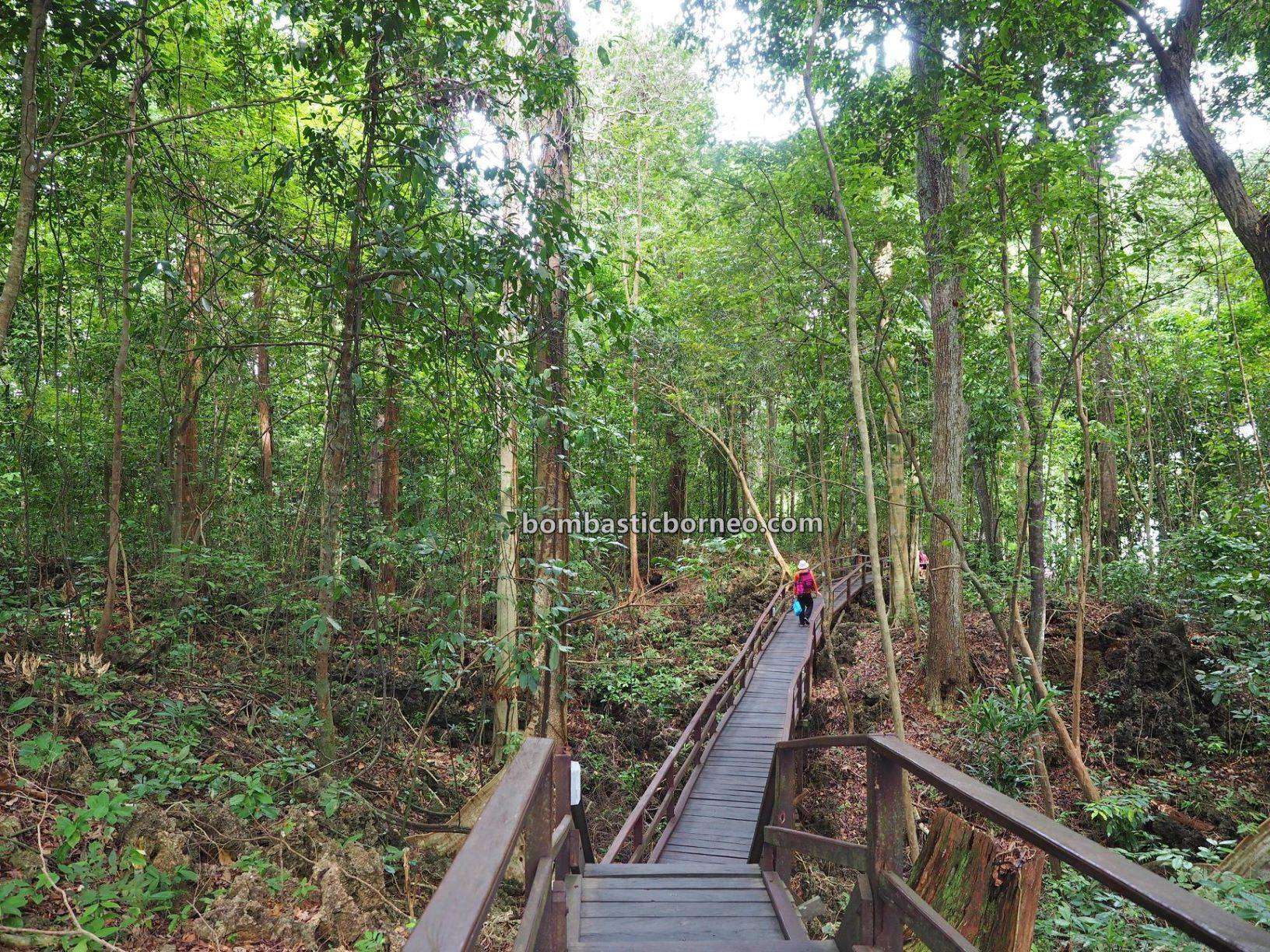 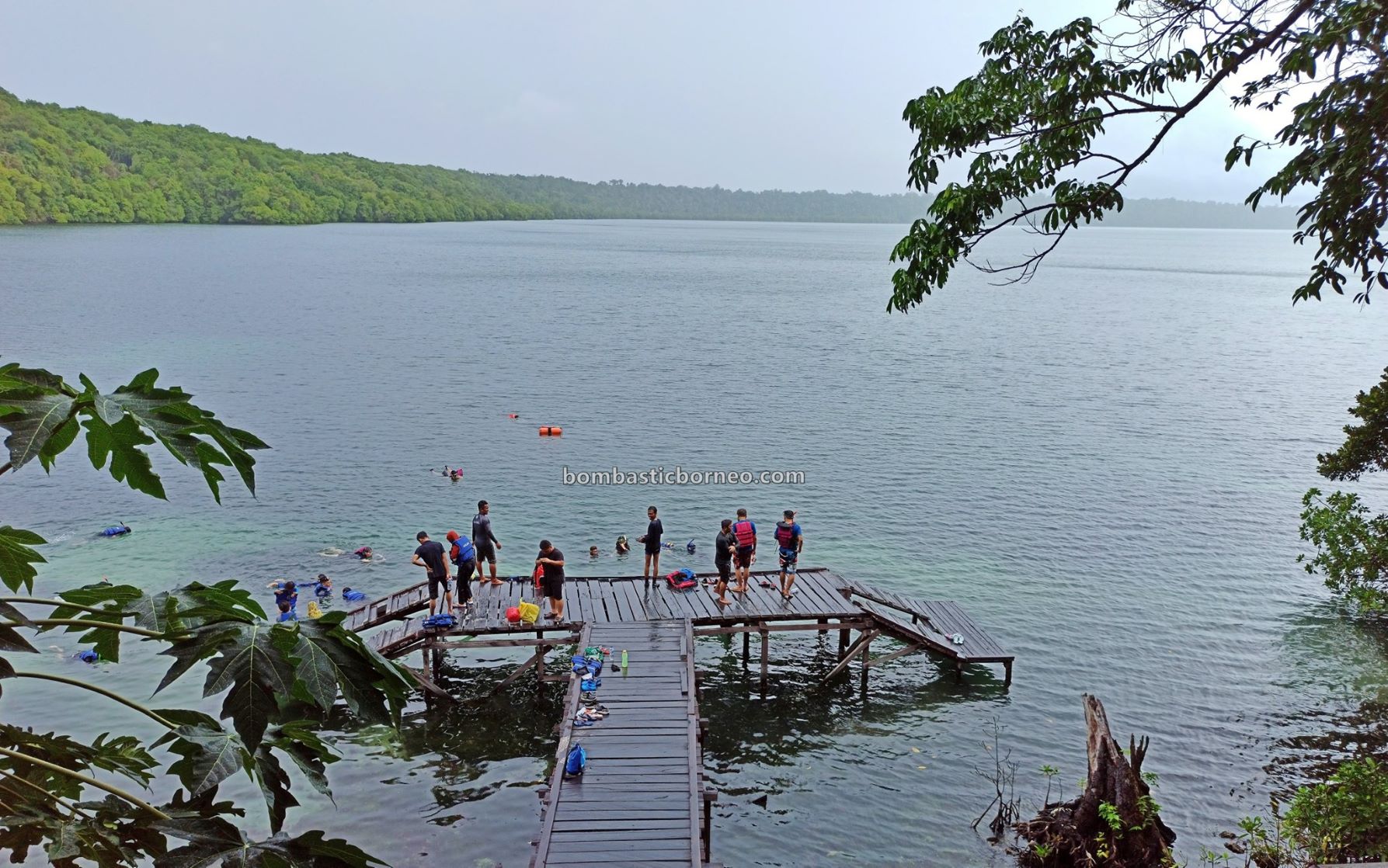 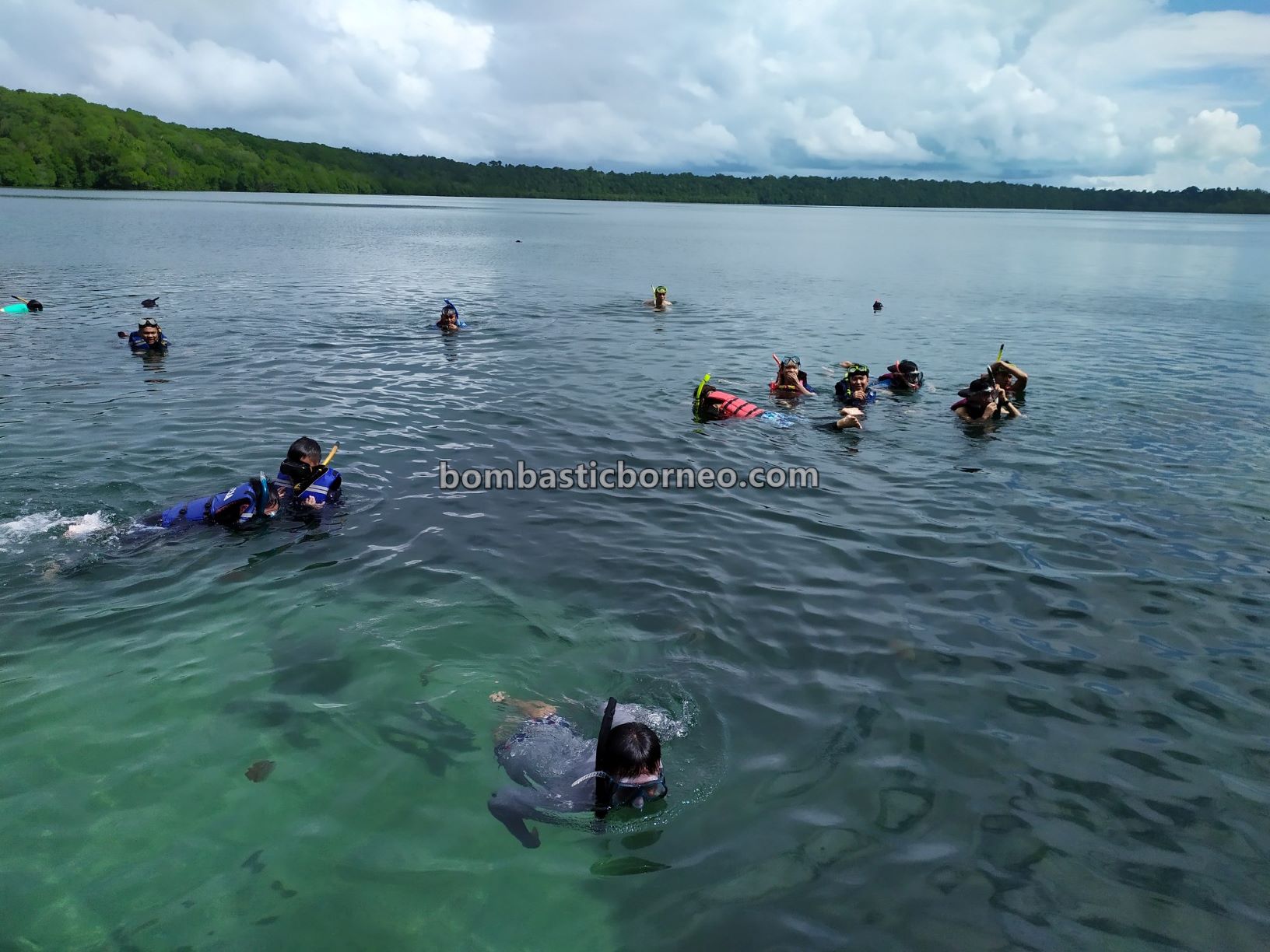 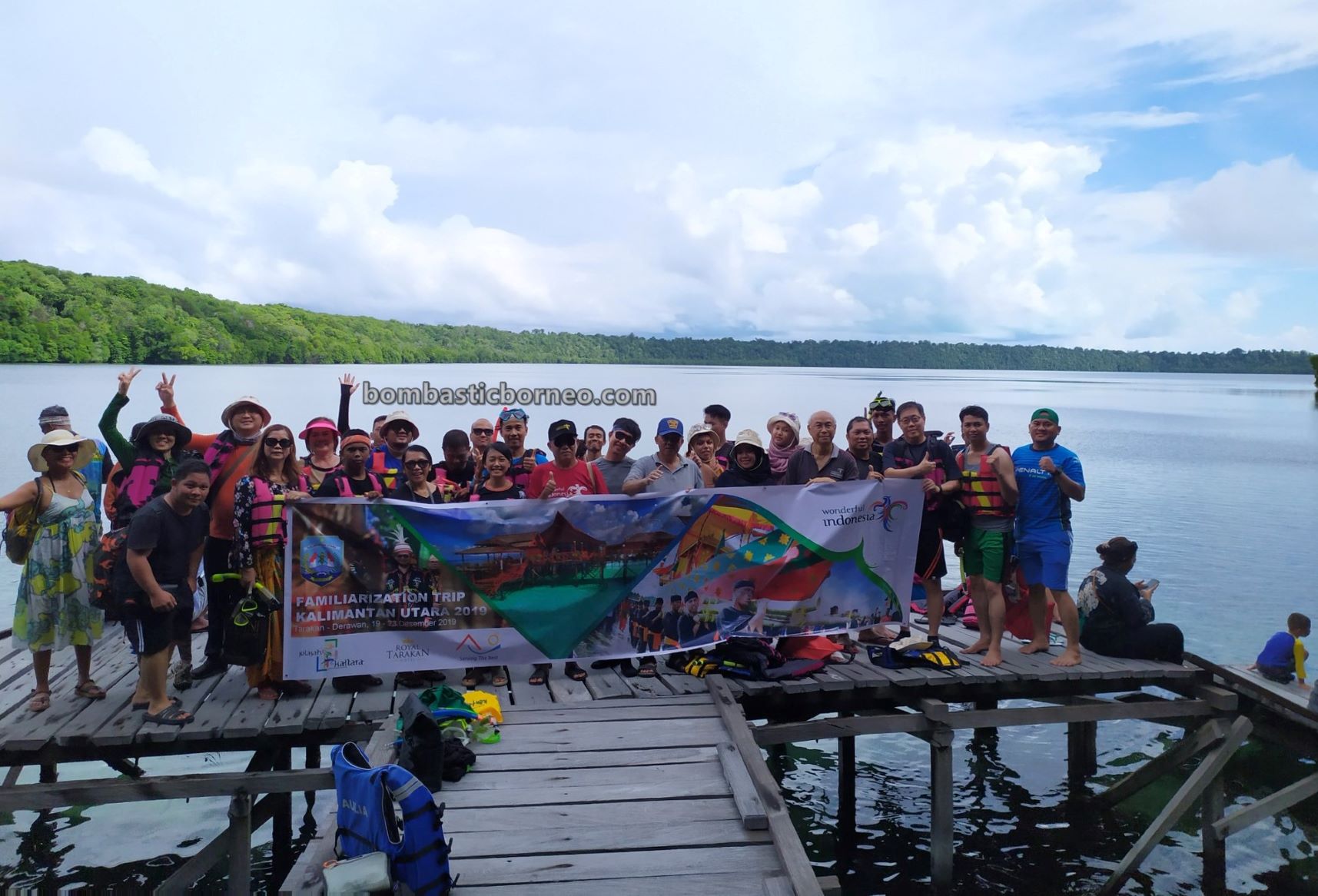 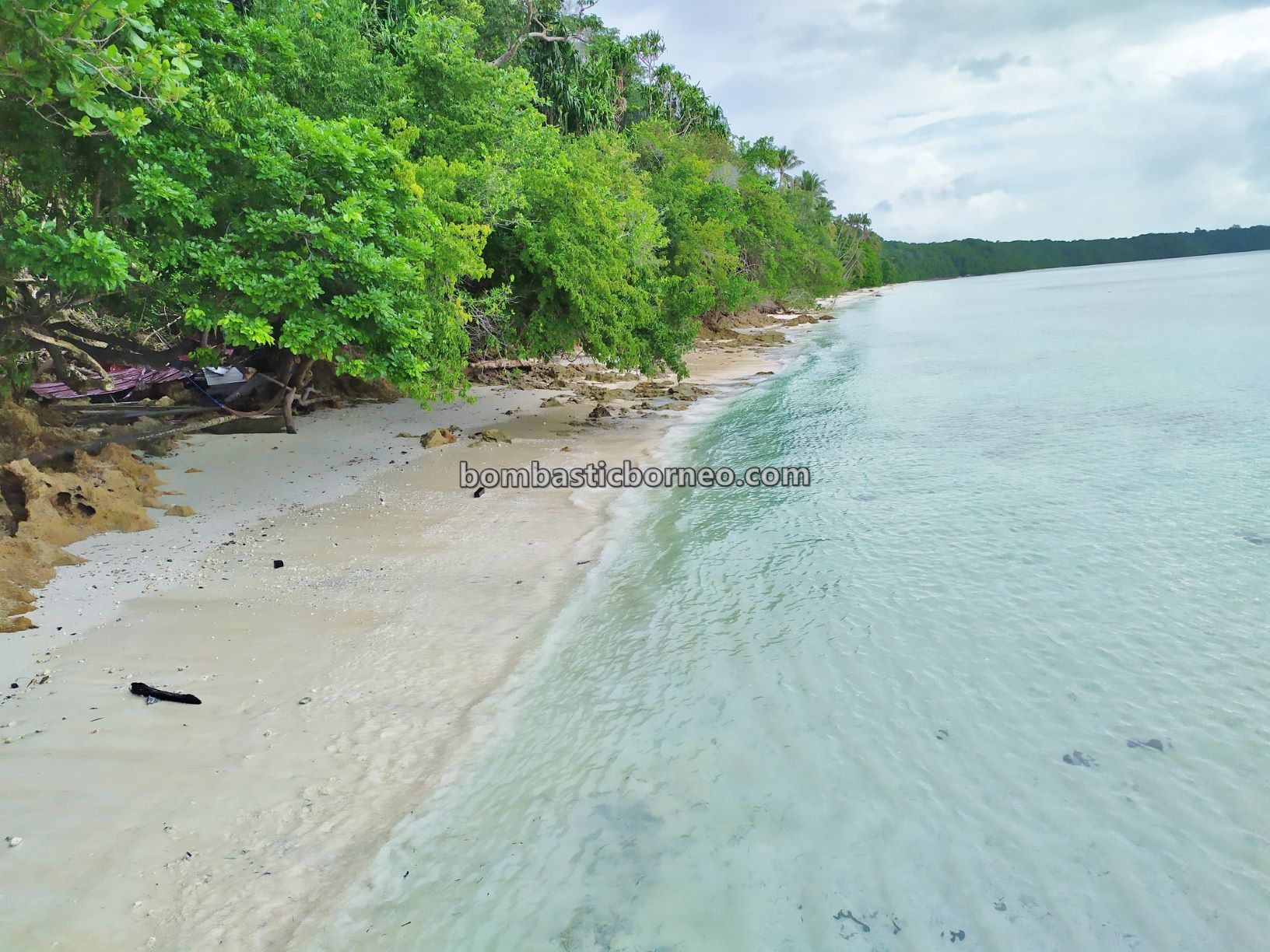 Our next stop was to Kehe Daing Lagoon on the western most of Kakaban Island where a spectacular emerald pool laid hidden.

The pool was chest deep with white sand below. The limestone rocks here were sharp. Advisable not to come here barefooted. 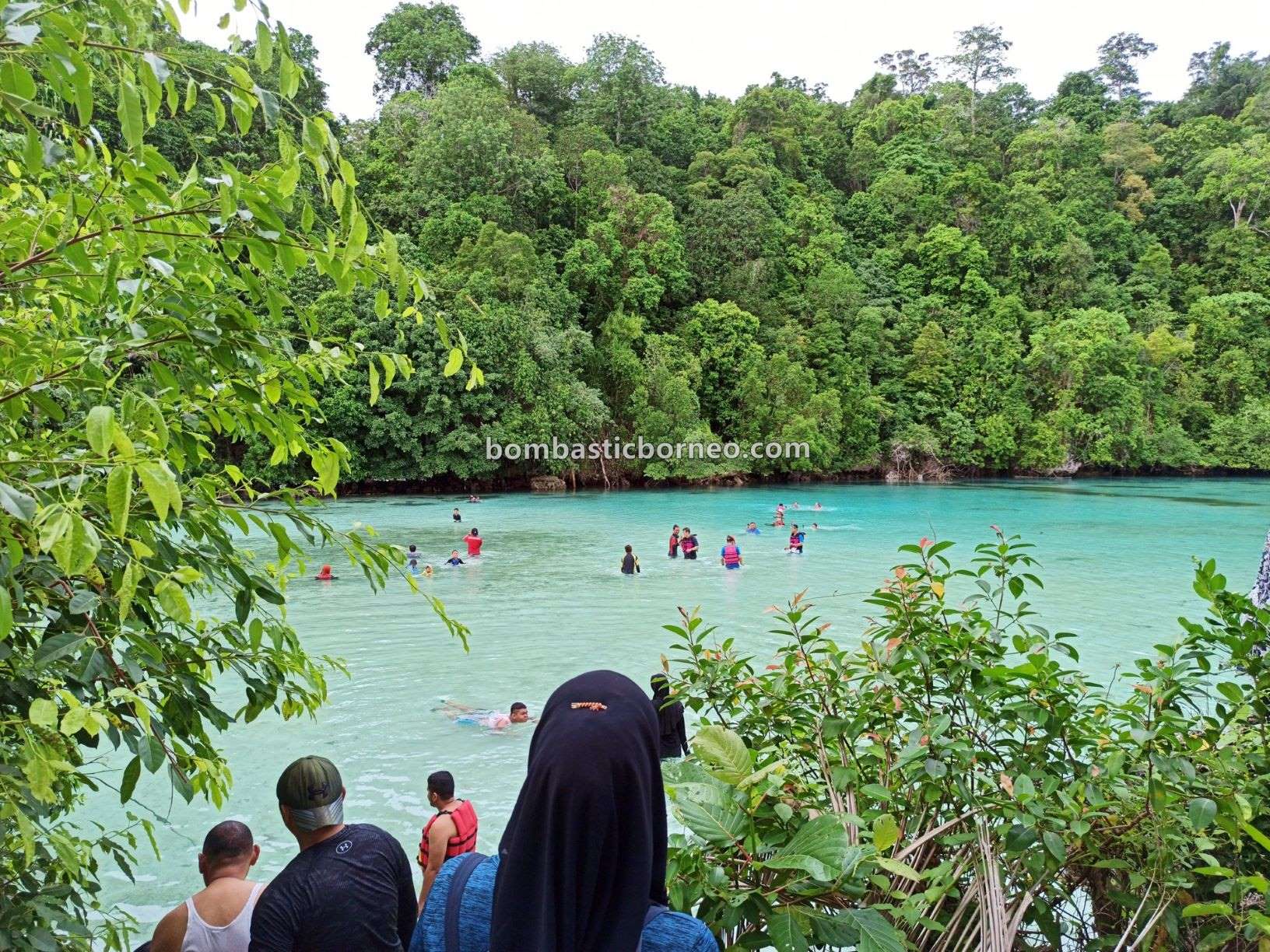 I would prefer this over the first lake if not for the very unsafe ladder that was used to allow passengers from the boat to alight especially with the boat bobbing up and down with the waves. Something the tourism office should work on before and disaster happens.

The other shortcoming is also the wooden staircase to the toilet at the jellyfish lake near the entrance. It should be replaced with a concrete one. It was too steep, slippery and almost falling apart. Otherwise, Kakaban Island is perfect.

Also please check out our posts on our Fam Trip Journey: