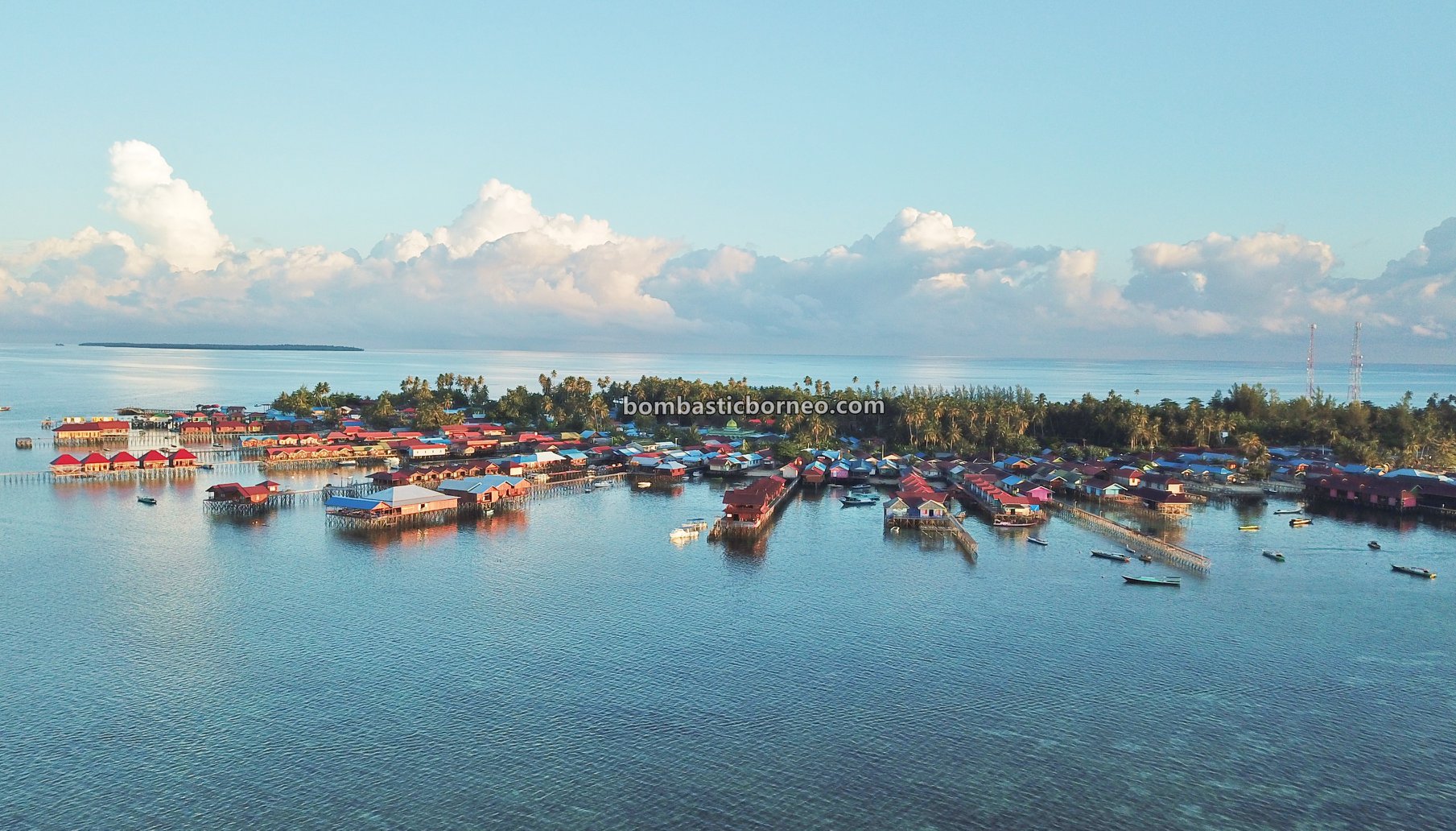 The Derawan Islands (Indonesian: Kepulauan Derawan) are in the province of East Kalimantan in Indonesia. They consist of 31 islands, most well known among these are the islands of Derawan, Maratua, Sangalaki and Kakaban. They are located in the Sulawesi Sea, the islands are part of the Berau Regency. Here is Indonesia’s largest nesting site of the rare and endangered giant green turtles and hawksbill turtles, where one can daily watch turtles lay their eggs in the sand or swim to sea with the turtles. (Wiki) 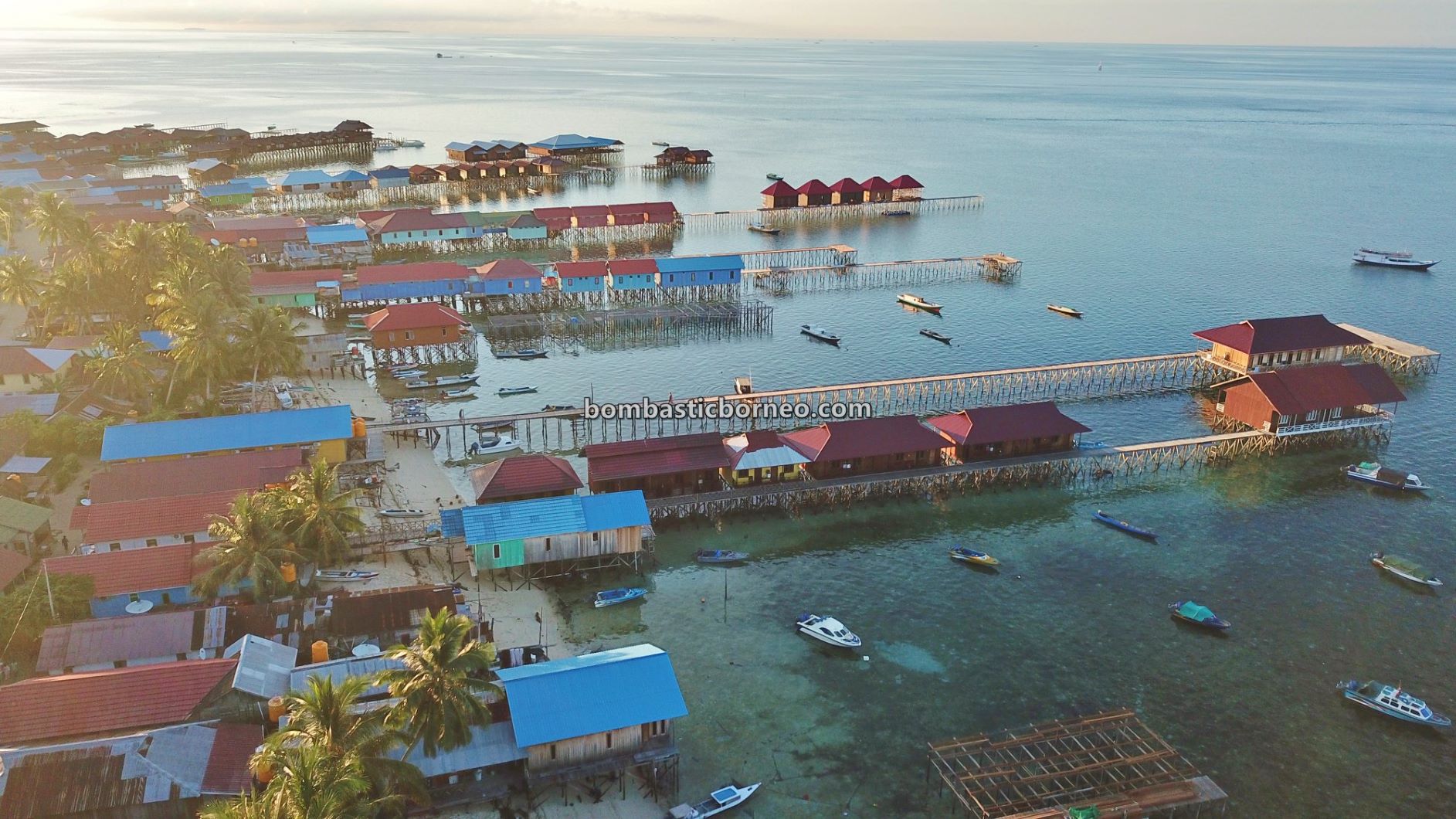 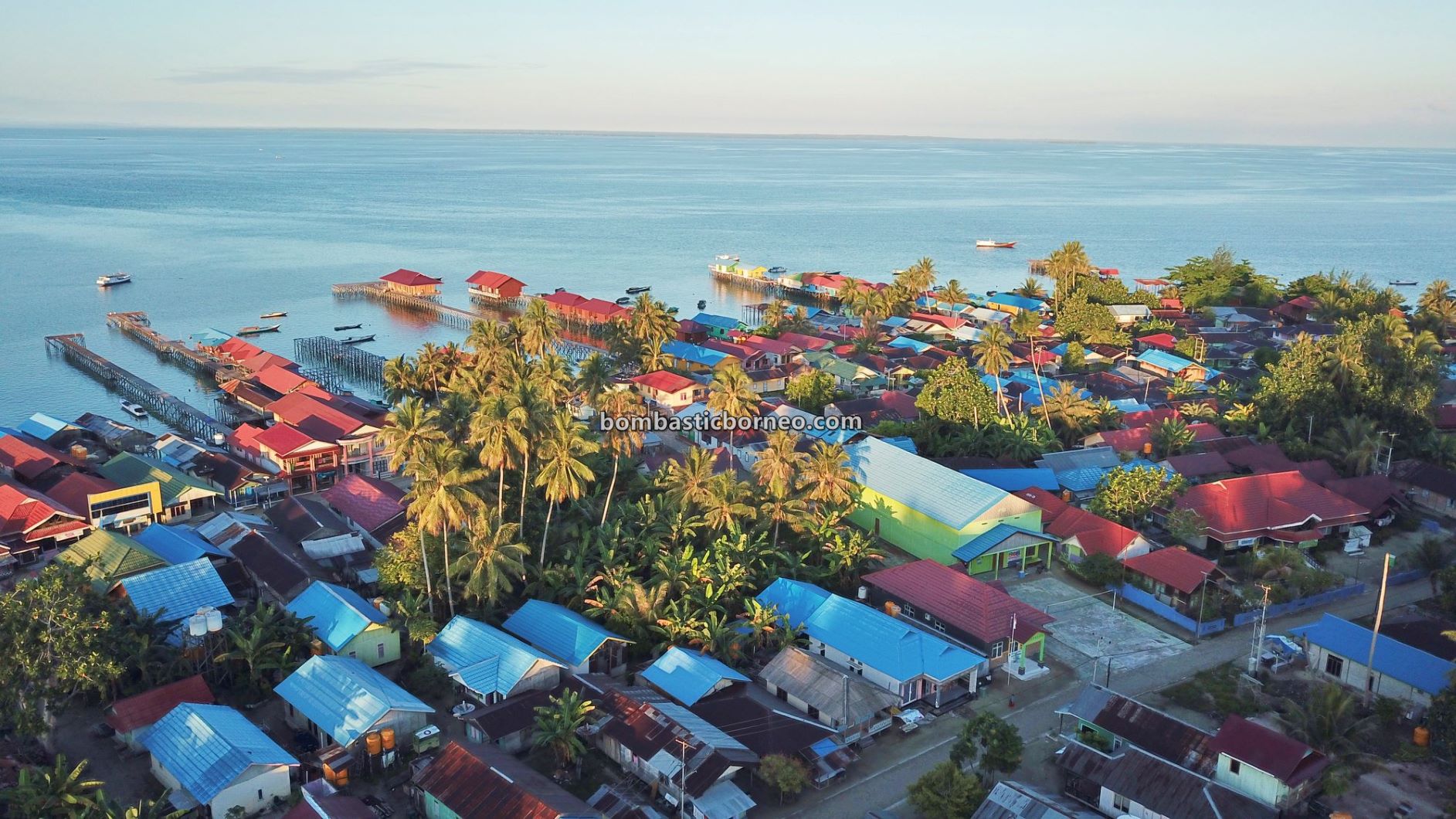 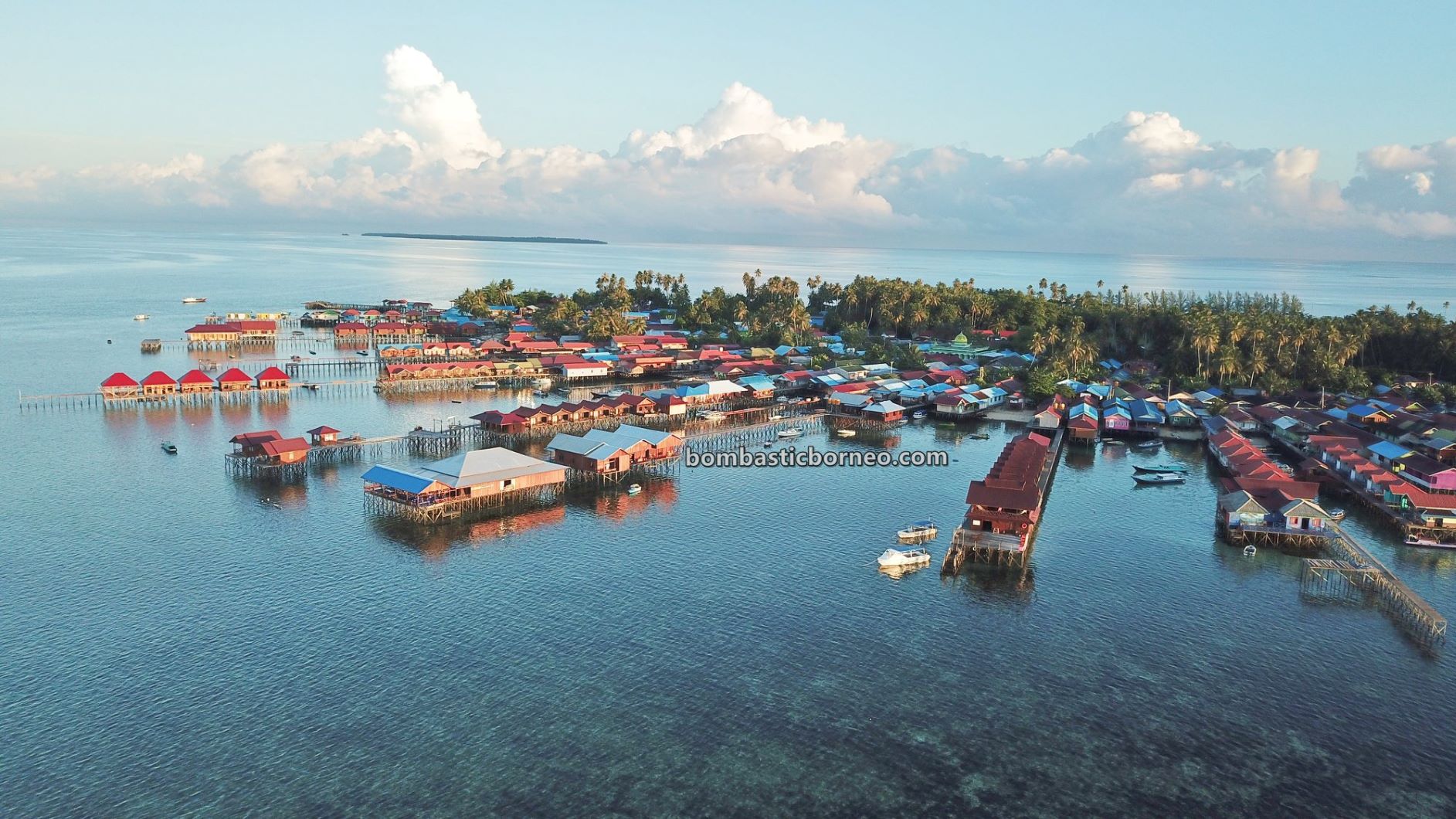 Woke up to a bright sunrise on our second day in Derawan Island and the weather was super fine for the next 3 days. 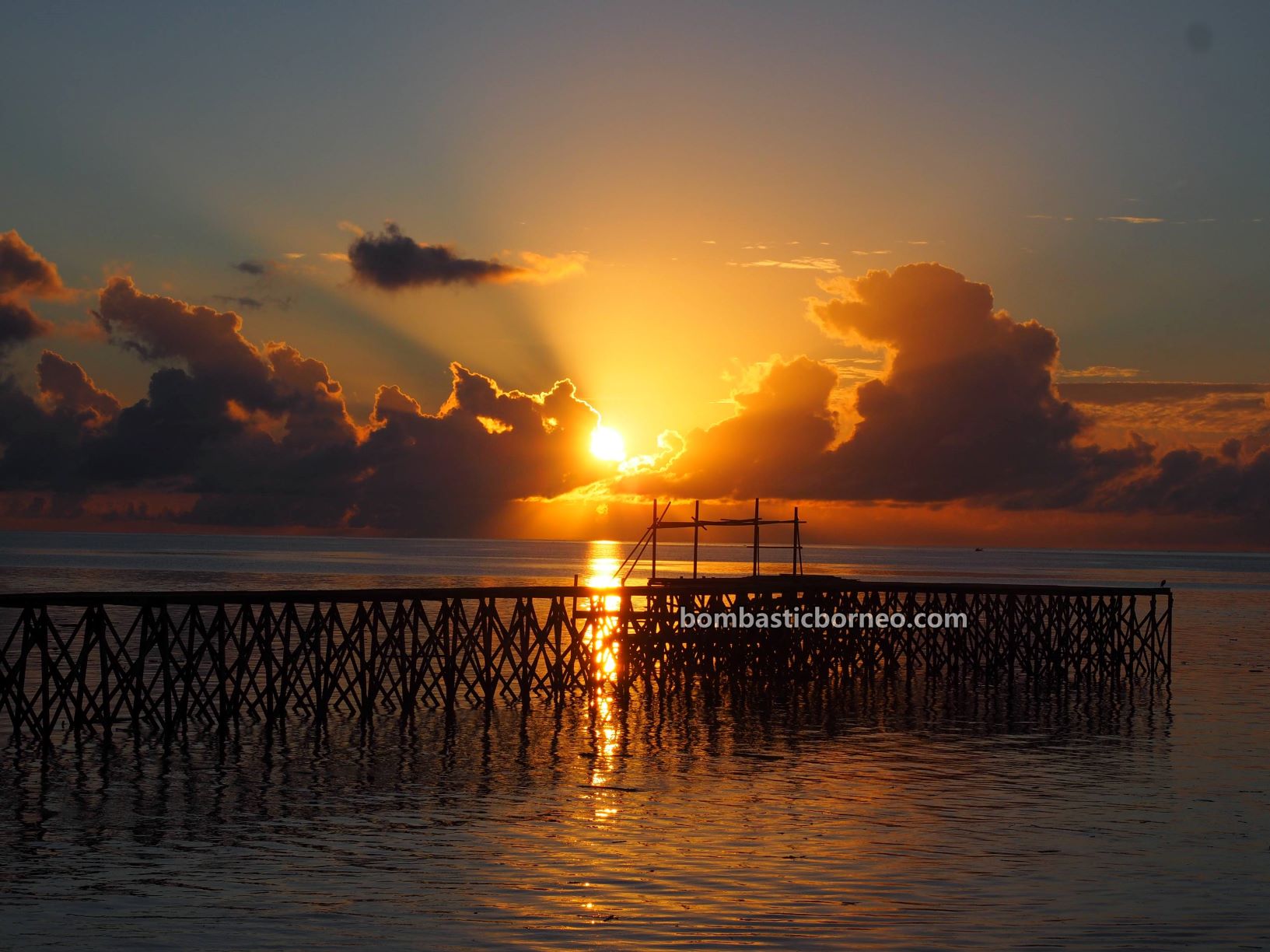 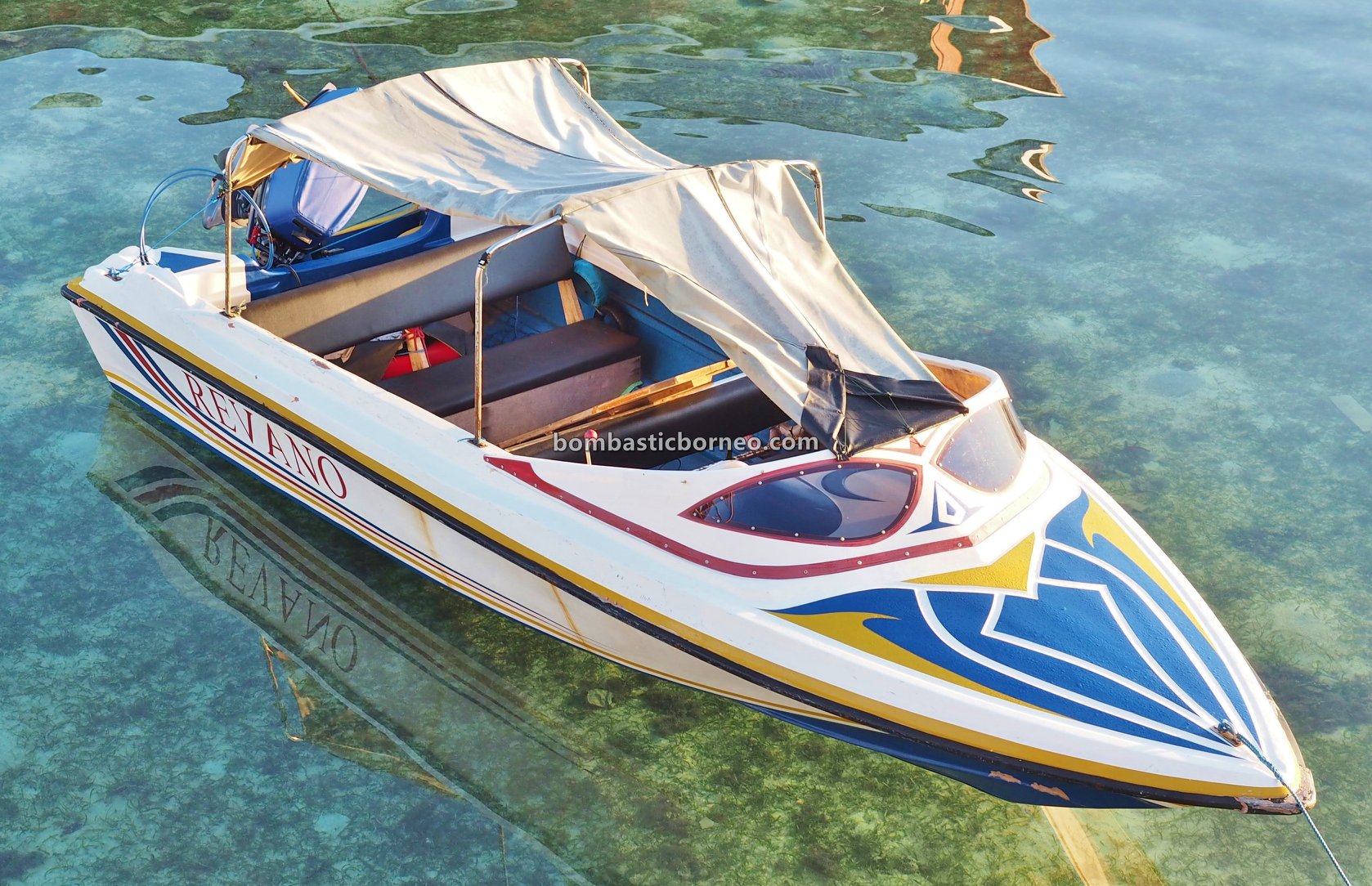 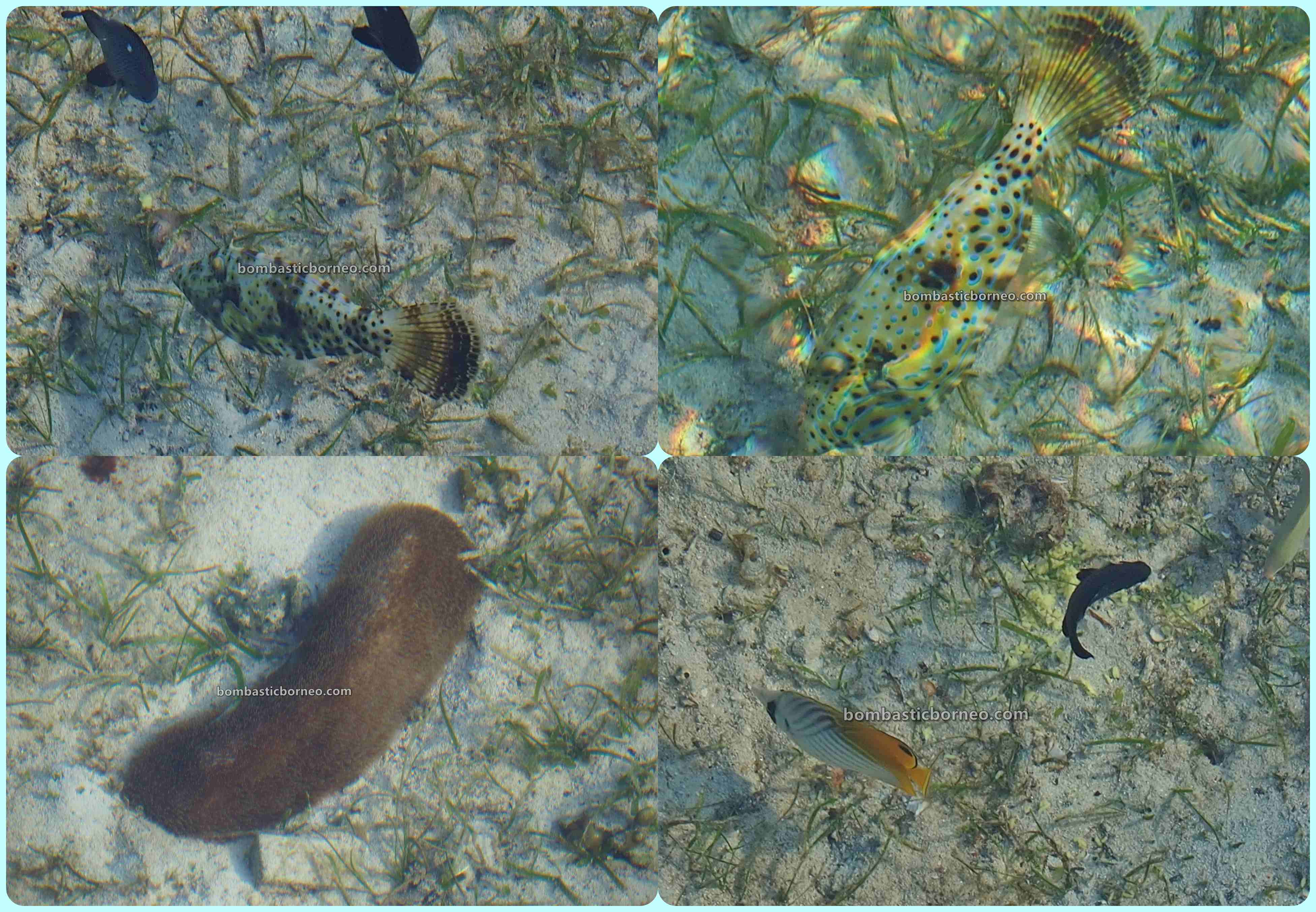 Had coffee and local cakes for breakfast and dressed up with the common attire provided for in our goodie bags. This was the day where delegates would be introduced to the nearby three famous islands Kakaban, Maratua, Sangalaki and a sandbar called Gusung Sanggalau.

We were supposed to leave early after breakfast but due to low tide we had to delay and changed to another resort with a longer pier so the sea water was deep enough for the boat to berth. 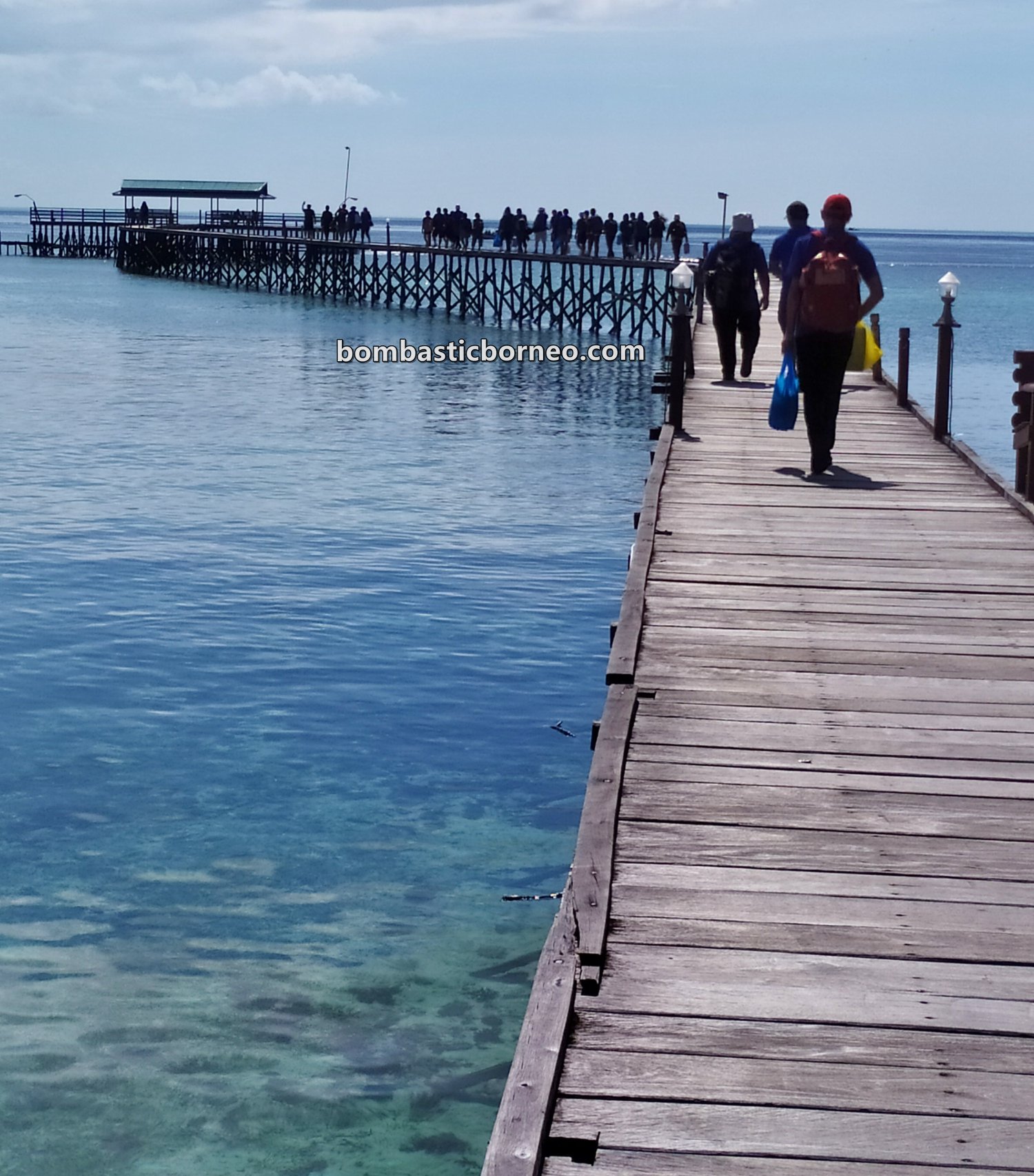 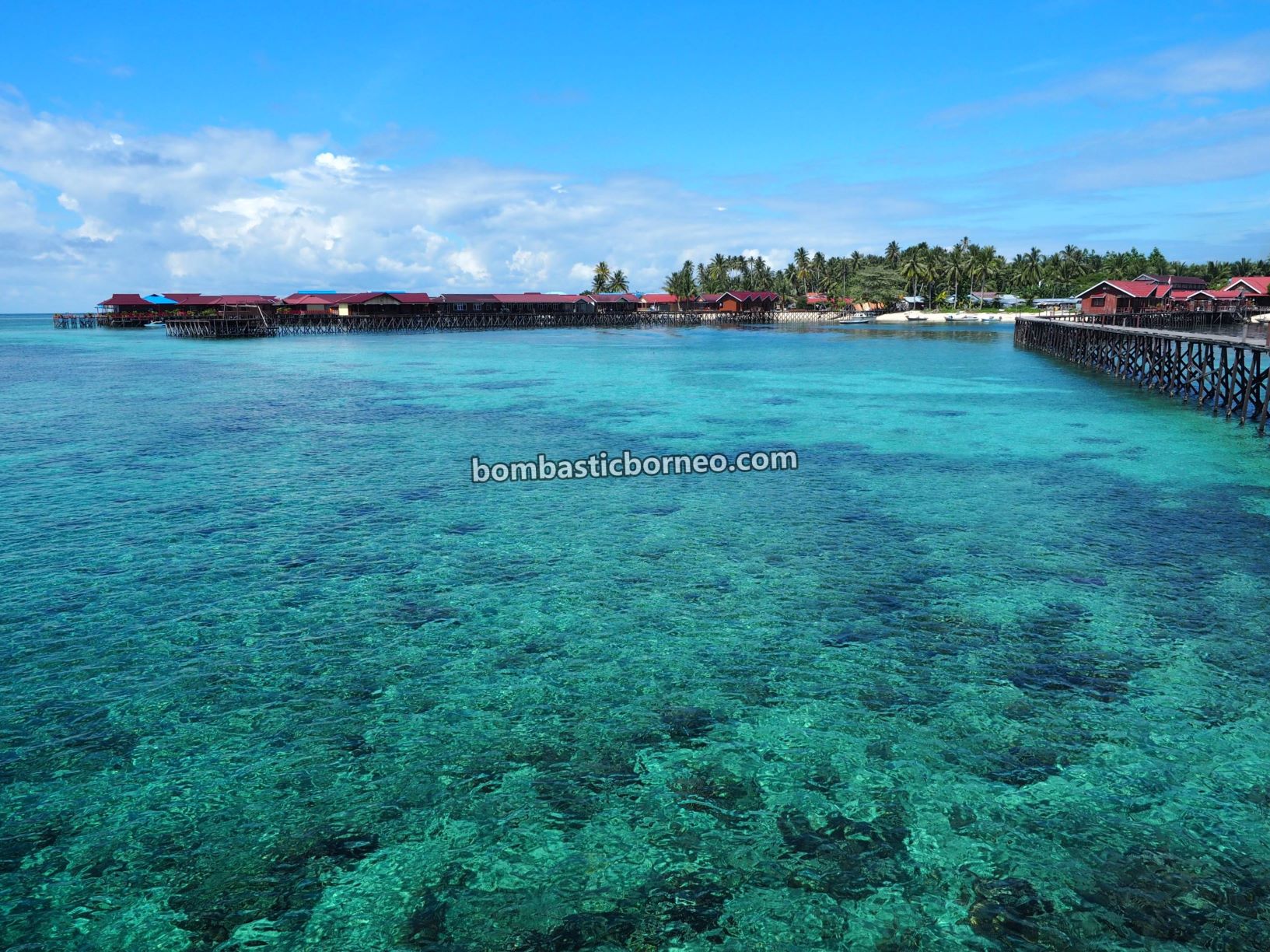 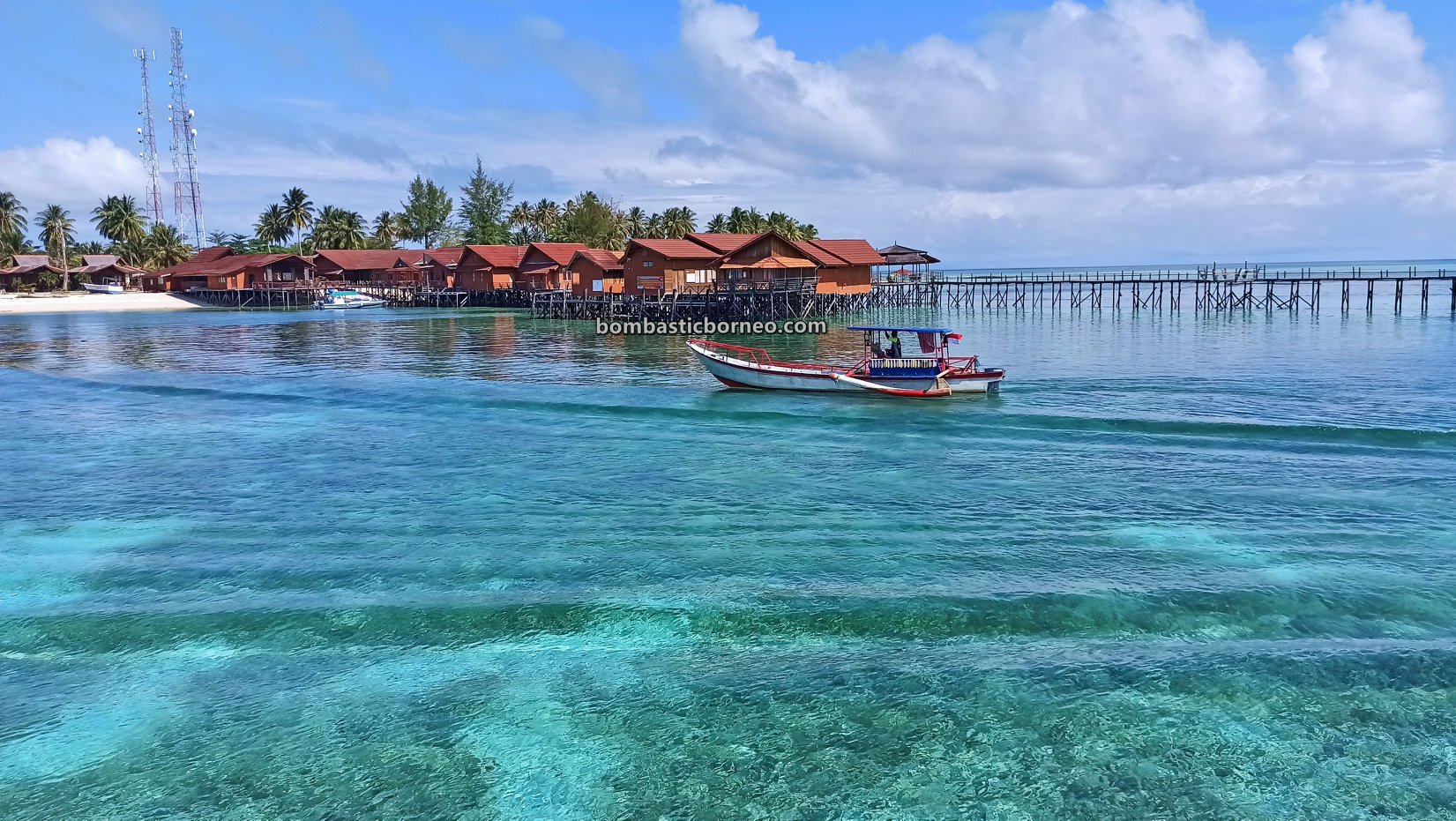 Interestingly, during the delay a group of Dayak Kenyah dancers showed up dressed in their traditional costumes. Upon enquiring, we were surprised to learn they were from a Kenyah village called Kampung Merasa in the mainland. 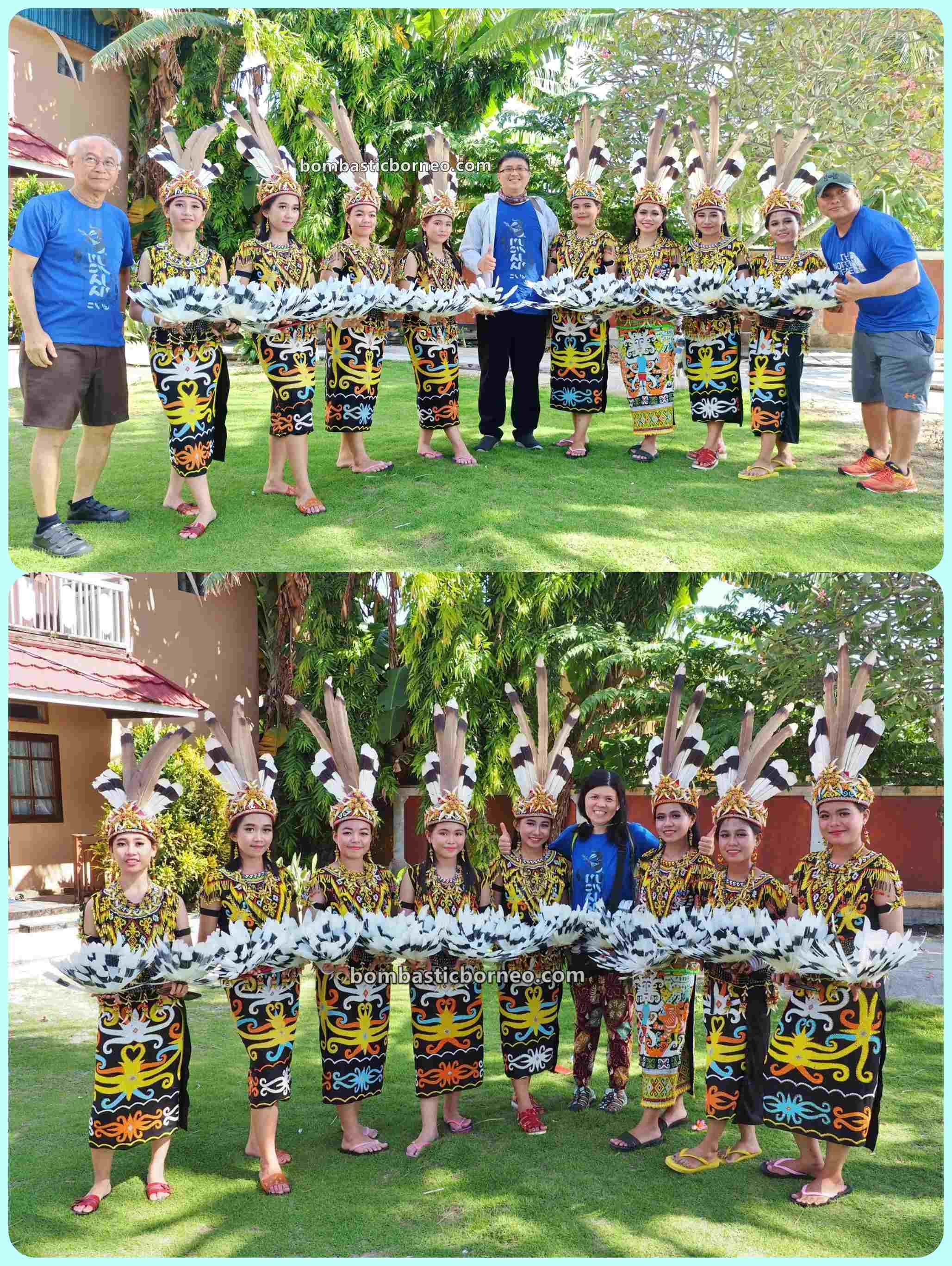 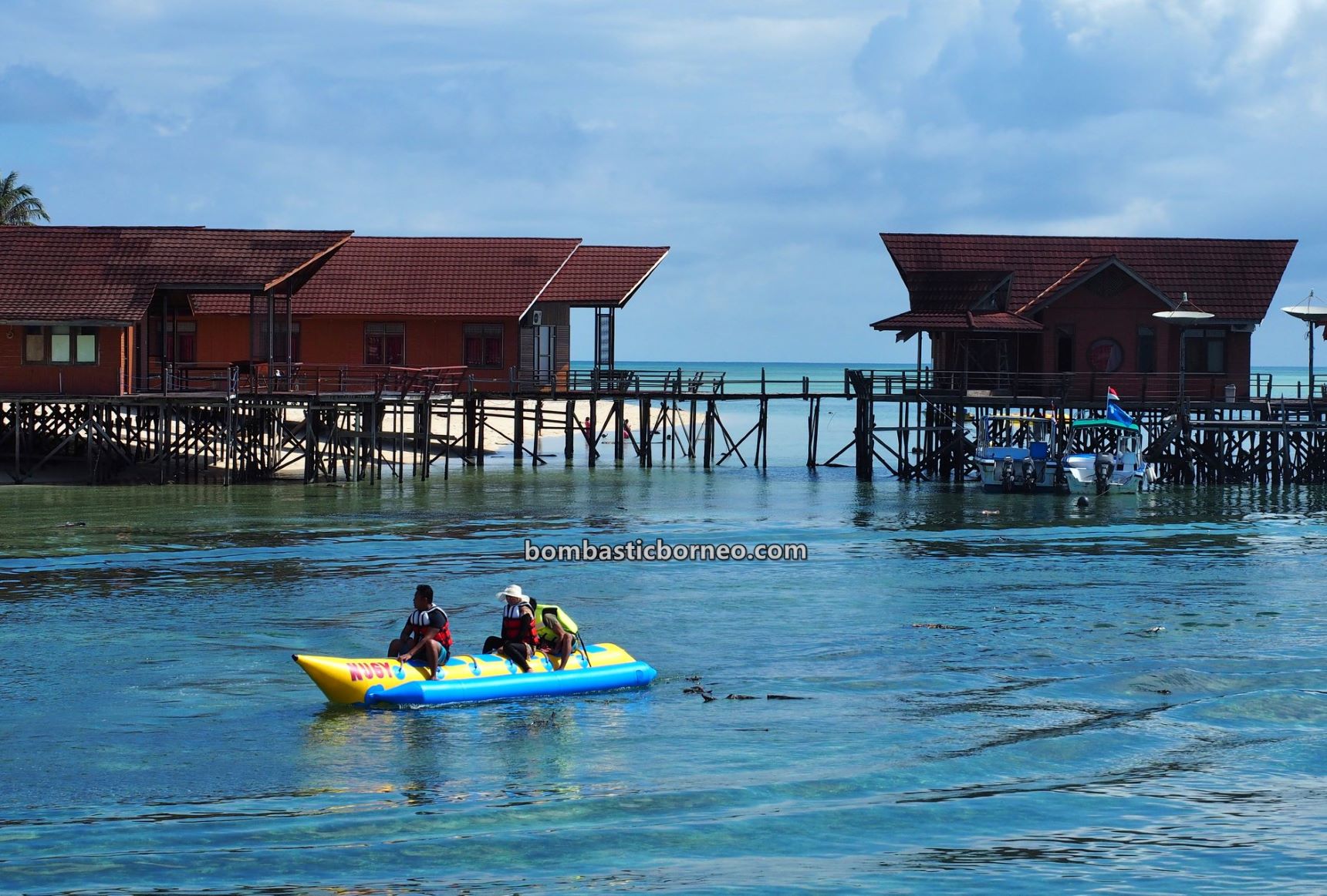 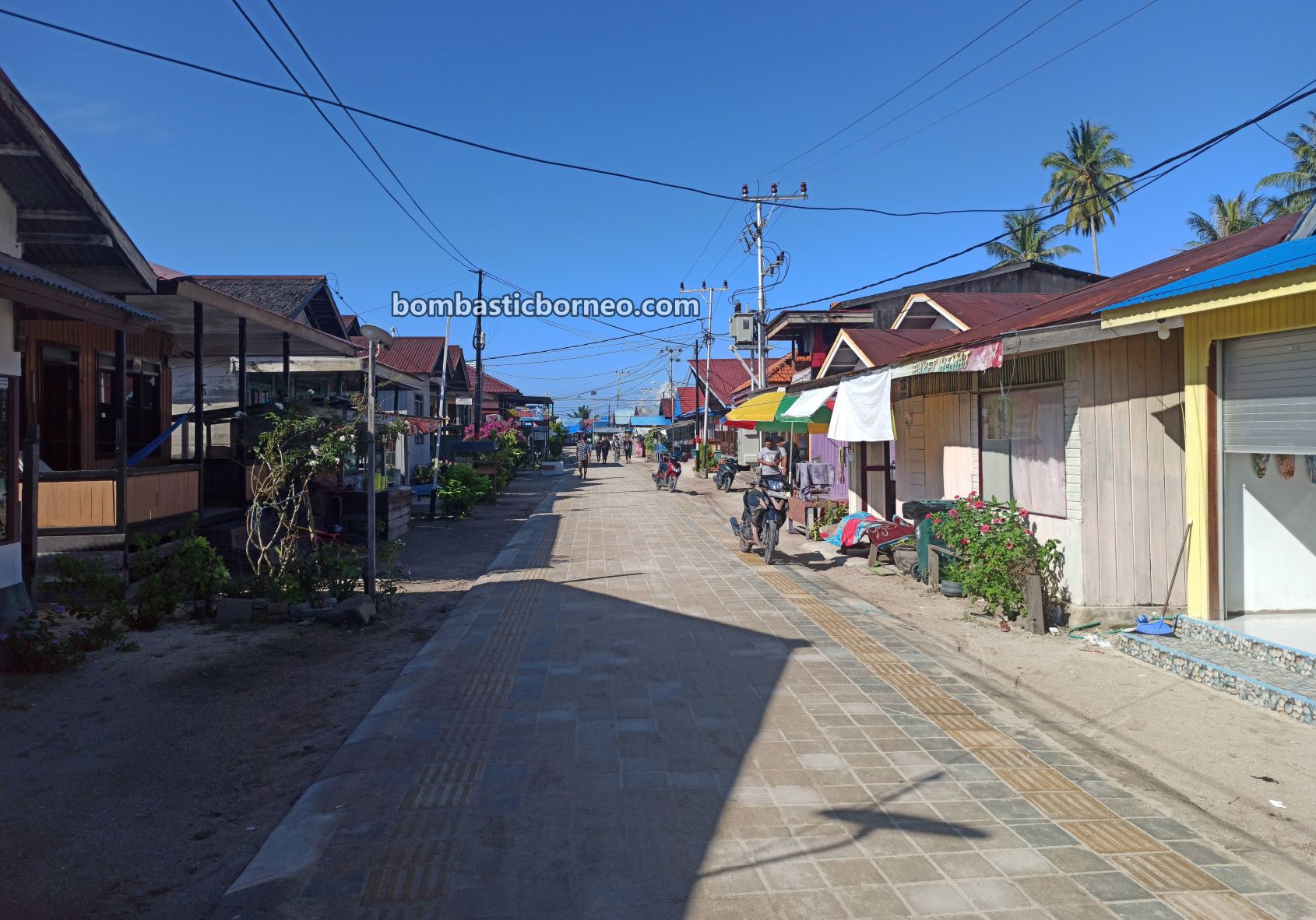