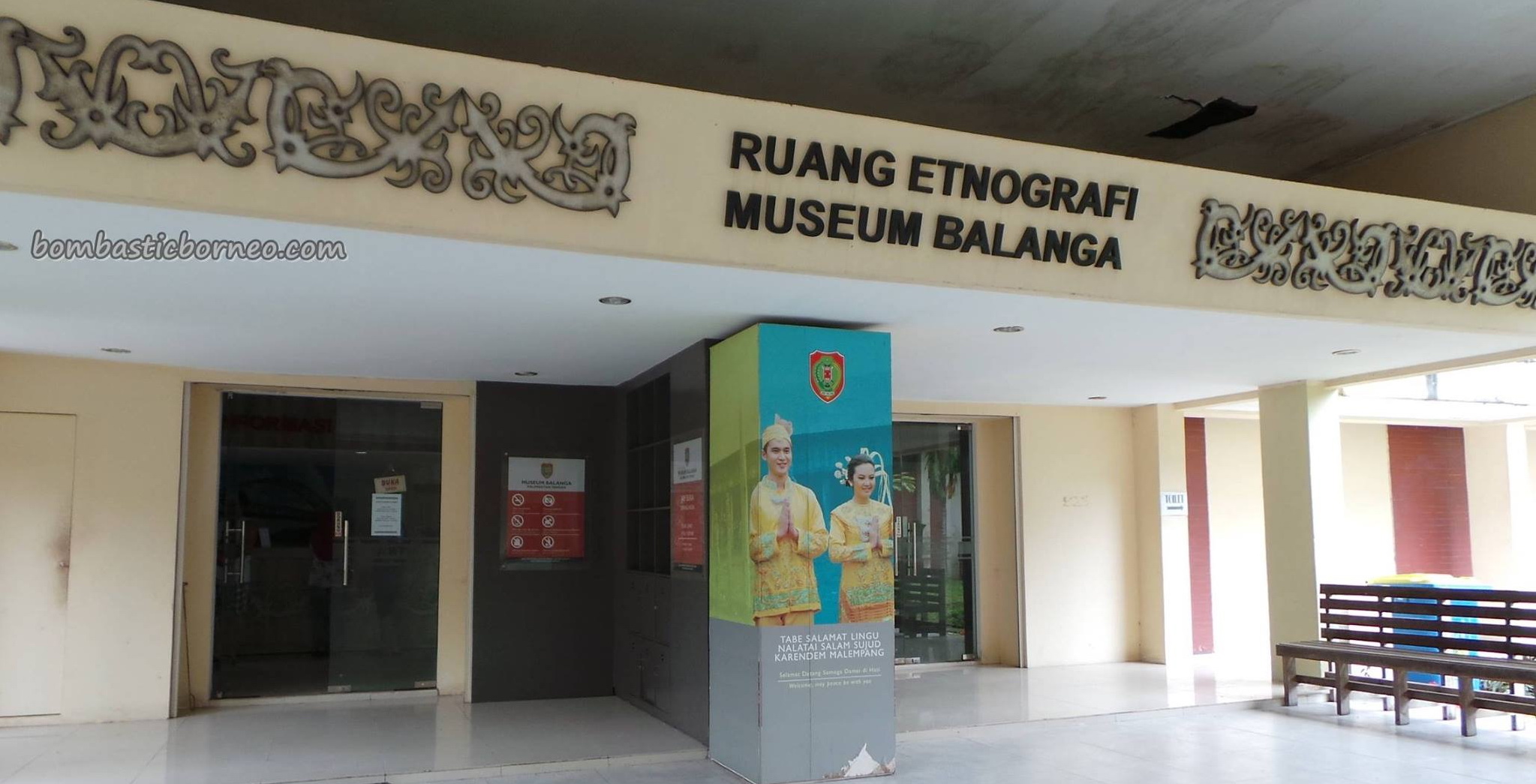 The Balanga Museum situated at the venue of Isen Mulang is the perfect compliment to this carnival. It is the nutshell of the Kalteng’s history and cultural diversity. Elephant artifacts confirm the fact that elephants used to roam here, just as we discovered in the museum at Banjarbaru in South Kalimantan. 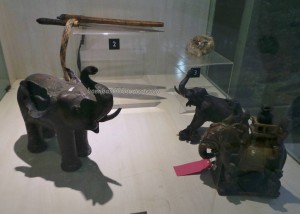 Another interesting display here was a humongous 2m machete. Could giants have walked the earth of Borneo as well?

The most surprising discovery was the fact that Dayaks actually have their original religion well before the foreign traders came in with theirs. 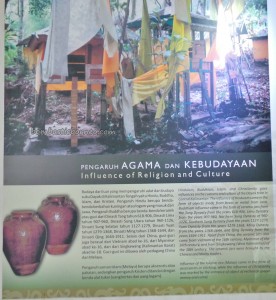 The religion is called Kaharingan and classified under the Hindu religion by the Indonesian government. It uses some of the Vedas as their scripture. The Sruti, Smrti and Rig Vedas among some of them. The Kaharingan church has a unique roof shaped like a pyramid. I hope someday I could attend their church sermons. But understanding it in the Ngaju dialect could be a major problem. What’s outstanding about this religion is the colourful ‘sandung’ structures a common sight in the villages.

They are elevated coffins with intricate carvings painted with many colours. These coffins house the bones extracted from the ground from the first burial in a ceremony called ‘Tiwah’. We noticed similar practices with Benuaq, Kayan, Kenyah and Melanau elsewhere in Borneo.

Generally, the Dayaks wear a friendly and a soft spoken exterior but when pushed against the wall the mystical might of their religion reigns terror in their enemies as evidenced by several unfortunate incidents in Kalimantan where troublesome migrants were taught painful lessons by the Kaharingan’s ‘mandau terbang’ or ‘flying sword’. Enemies’ heads rolled as their invisible ancestors came to the plight of their cries. Those capable of sending ‘mandau terbang’ are called ‘Panglima’. Through the years I have heard of many interesting stories about such Panglimas but have yet to witness first hand of their ‘siddhi’ or mystical power through the practice of meditation.

Anyway, just to say that Balangan Museum is probably the best museum we have seen in Borneo. Very good stock of modern as well as antique artifacts and very educational write ups to support the physical displays. The fresh white posters made the museum light up very brightly and no dark and eerie feeling like most museums. Ventilation was good too which made our 2 hour browsing felt like 20 minutes! Highly recommended for tourists to pay a visit.