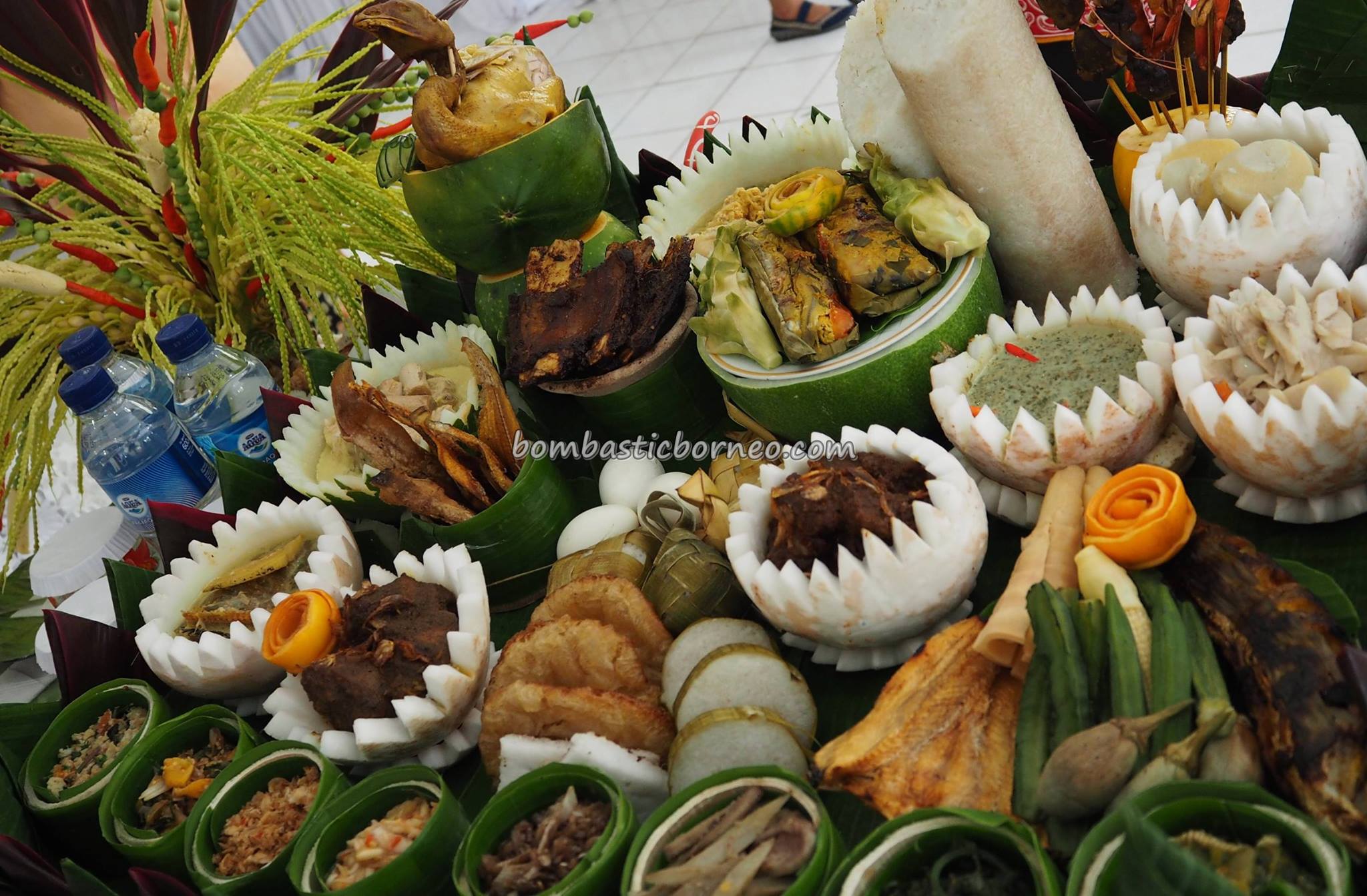 If I were one of the judges of this culinary contest I would have a hard time declaring the winner. Tastes aside, they all looked out of this world in their own unique ways. 15 teams from 15 regencies of Central Kalimantan woke up early to prepare for this most beautiful eye popping presentation/garnishing contest. Never had I ever seen such a high level of creativity in garnishing. Feast for the eyes as well as the palate. Lavishly fit for a king’s or queen’s birthday banquet. 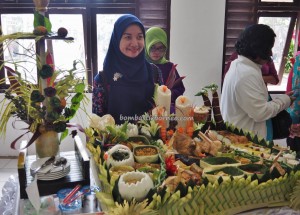 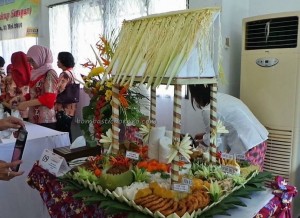 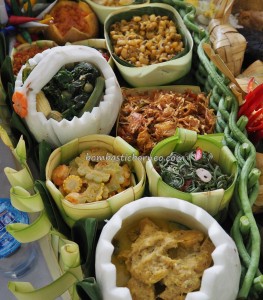 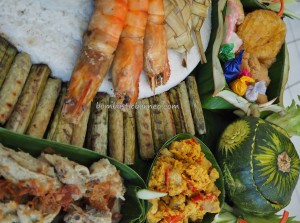 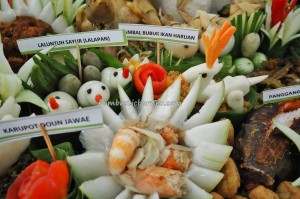 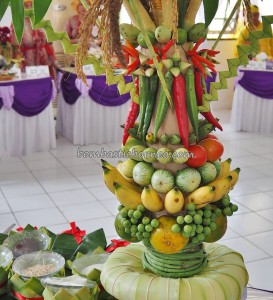 When we arrived, the early morning air was already filled with the aroma of that distinct outdoor cooking that we so often encountered in the villages. 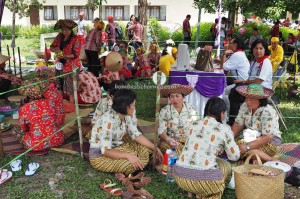 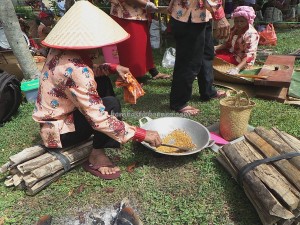 The cooking of sticky rice in bamboo, usually done outdoor, was in full swing. The resultant delicacy is usually called ‘lemang’ but here in Kalteng it is called ‘lamang’. 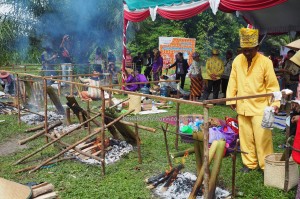 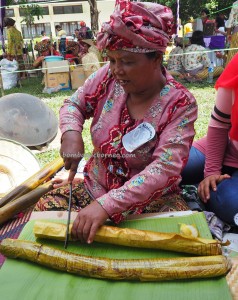 Meanwhile, other team players were either pounding away on the lesong, a traditional wooden mortar, or grating coconut on a traditional grater shaped like a mini dinosaur!

All these as per some grandmother’s secret recipe for the toppings on the sticky rice cake. After the final touches were done, their master pieces were brought into the hall for the showdown of the chefs. The idea of using all the traditional equipment/methodology for cooking was commendable. A blender could have conveniently replaced the lesong but for the sake of maintaining the original style, that was priceless. Sadly, we did not have the chance to partake any of the displayed food after the competition judging was over. Not that we were not given the chance. But the moment it was announced that the food was available for the public to have a taste, the crowd went into a frenzy and it disappeared in 60 seconds!