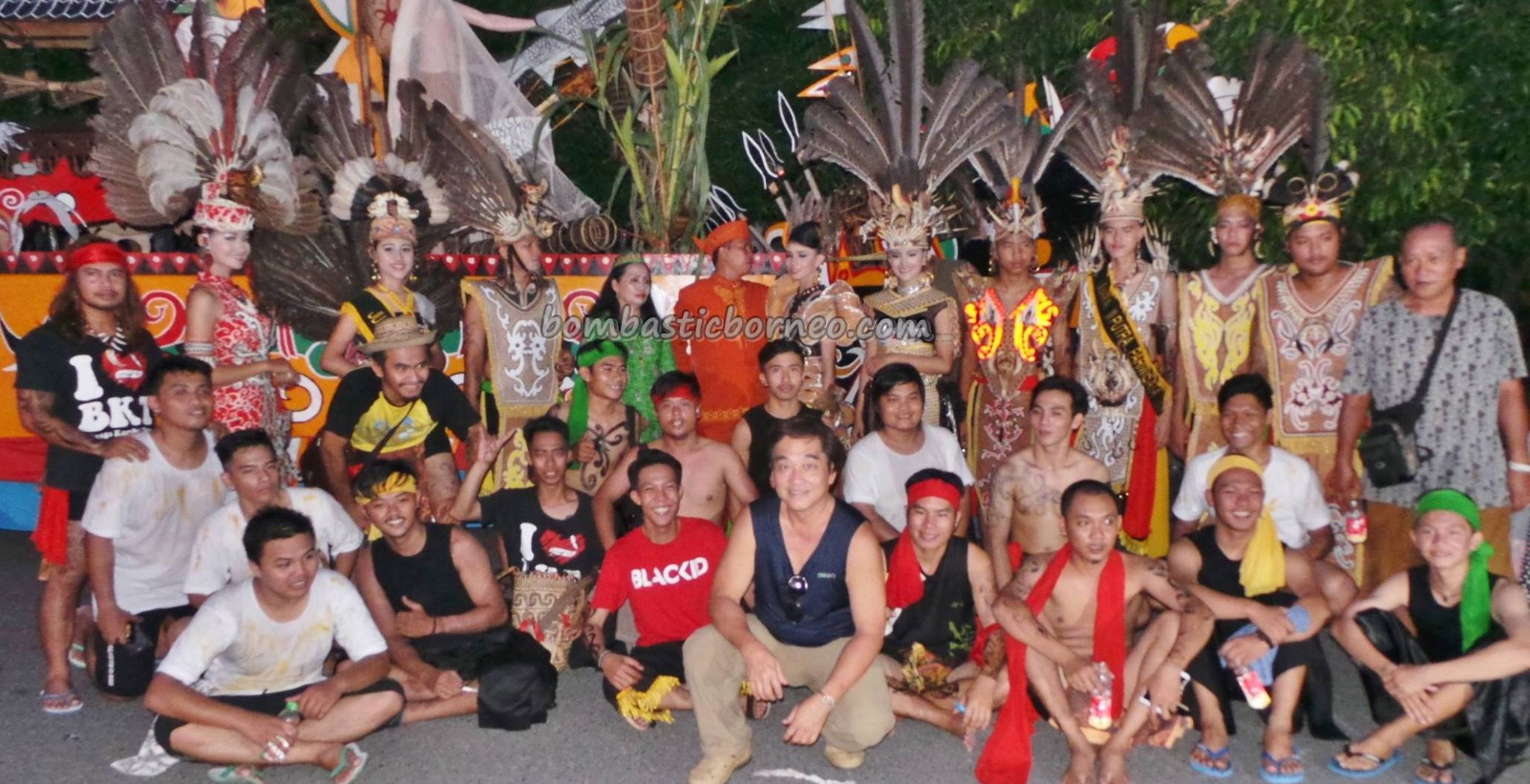 Be it the Nyobeng, Naik Dango or Gawai festivals of Kalimantan Barat in the west to the IRAU fest in the north, Kalimantan never fails to amaze me. Isen Mulang carnival in Central Kalimantan is another big wow and must be included in the list of things to do while in Borneo. Held every year in the city of Palangka Raya this week long carnival offers beautiful street and river parades; tribal dance, music and singing competitions; traditional culinary/garnishing competition; crazy sports like ‘fiery football’ played in the dark, fish catching with bare hands and more traditional sports like blowpipe shooting, top smashing and of course the very interesting ‘balugu’ never seen played elsewhere in Borneo. This event meaning ‘Never Retreat’ in the Dayak Ngaju language is usually held towards the end of May. There are plenty of hotels near the venue which is Balanga Museum situated at Cilik Riwut Rd. Km2.5.

To get to Palangka Raya one may fly in directly from Jakarta or like what we did, we used the 7hr bus from Kuching, Sarawak to Pontianak city and continue next day by Garuda ATR 72 plane for the 2hr flight which departs at 2.00pm. This 78 seater plane is more comfortable than I thought and it came with finger foods and a bottle of AQUA. Garuda sets a fine example for other airlines servicing Borneo to follow by using the ATR72 planes. It makes economic sense when the traffic volume in passengers in never high within Borneo. Air Asia, Malindo, MAS, Royal Brunei, Kalstar and Express Air should seriously follow the footstep of Garuda to help build a more robust Borneo especially the smaller and interior towns which are in dire need of air accessibility. 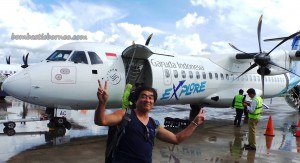 Coming into the city from the Tjilik Riwuk airport, we were caught in a massive jam at the biggest roundabout of Palangka. The crowd was already slowly dispersing and the streets were filled with trash. We were late for the opening of Isen Mulang which was the street parade. We could only catch the very last part of the parade and by then it was getting dark. 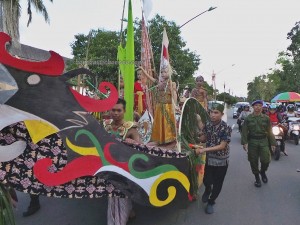 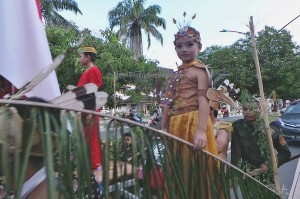 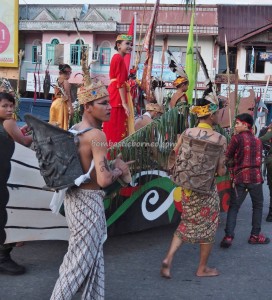 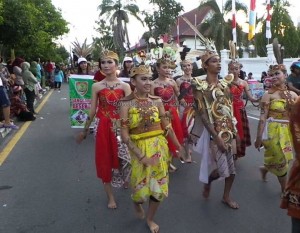 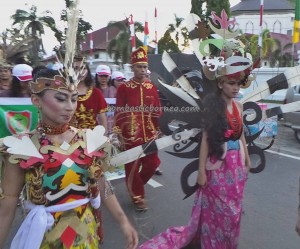 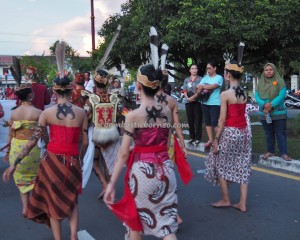 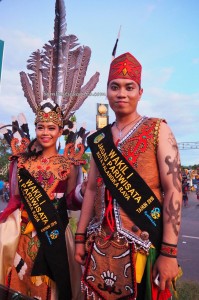 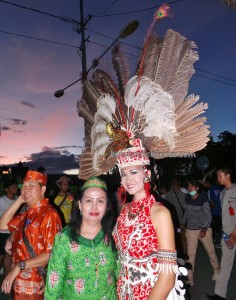 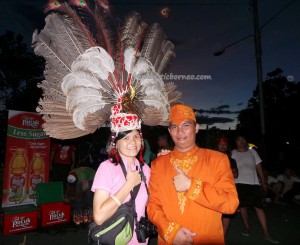 Somehow I was reminded of a pretty similar event in Cebu called the ‘Sinulog’. We would like to thank our Palangka Raya friend Mr Agus Kornelius for inviting us to this wonderful event and hosting us during our week long stay. We had a wonderful time and the side trip to Tumbang Malahoi by motorbike will be remembered as the most exciting ride of our lives. The more we know Kalimantan the more we love Kalimantan. 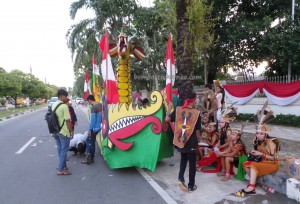 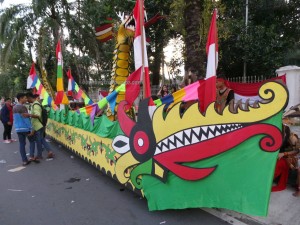 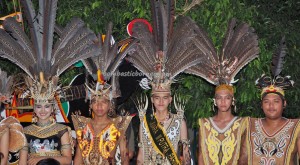 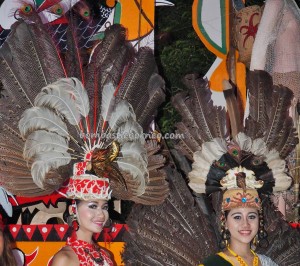 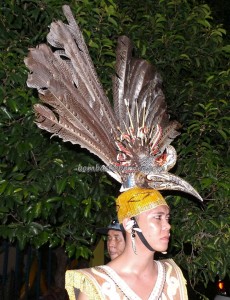 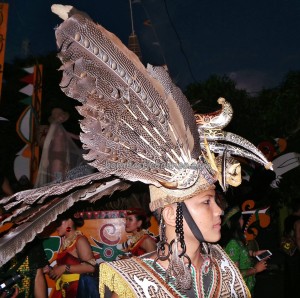 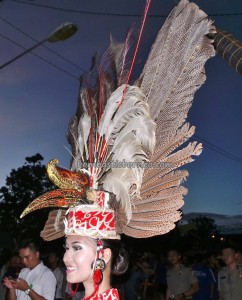 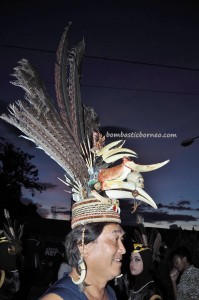 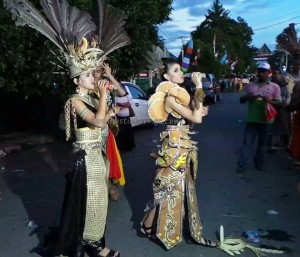 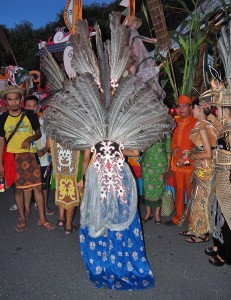 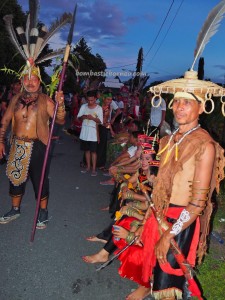 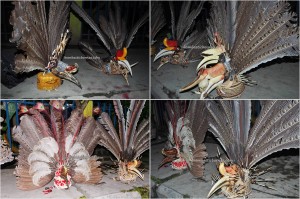 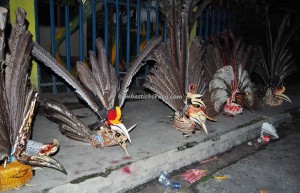 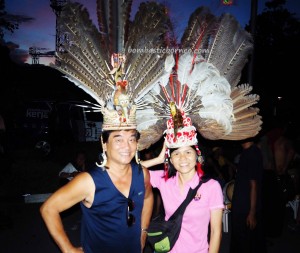