After the morning’s grand opening, speeches and giving away of souvenirs, the day’s program resumed at about 5pm for the bamboo chopping event. Many tried but failed. Even Frenchman Daniel failed miserably with his French Guillotine. Looked easy but to cut the green bamboo in one stroke with the very sharp Bidayuh machete proved to be more challenging than anticipated by most. One local guy finally did it. 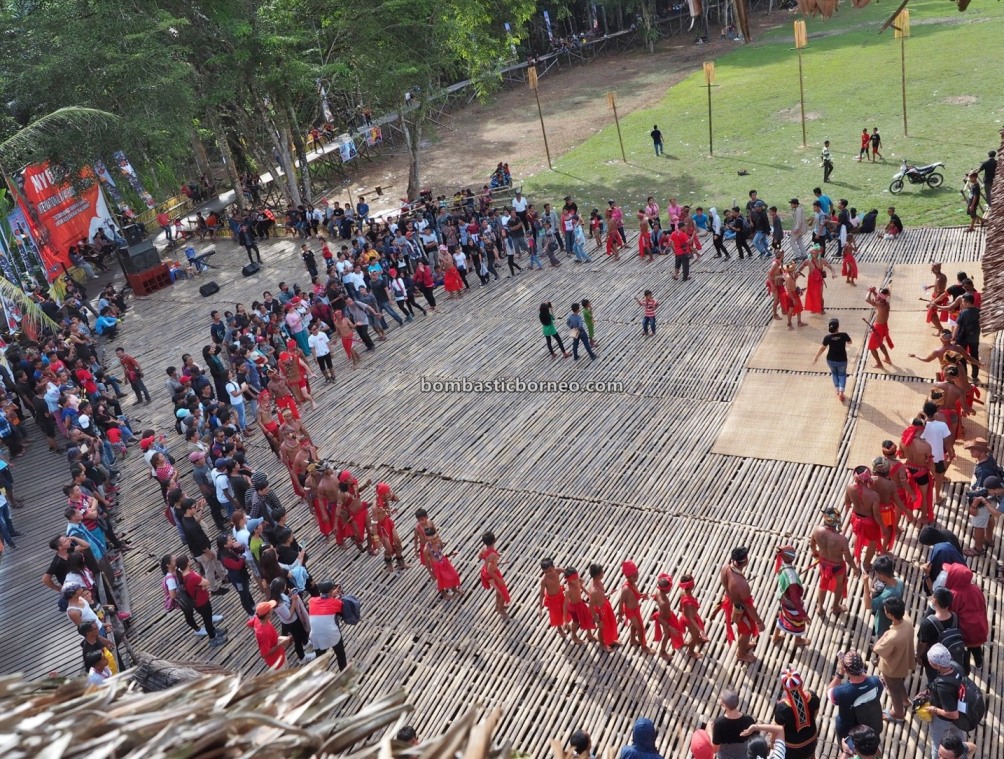 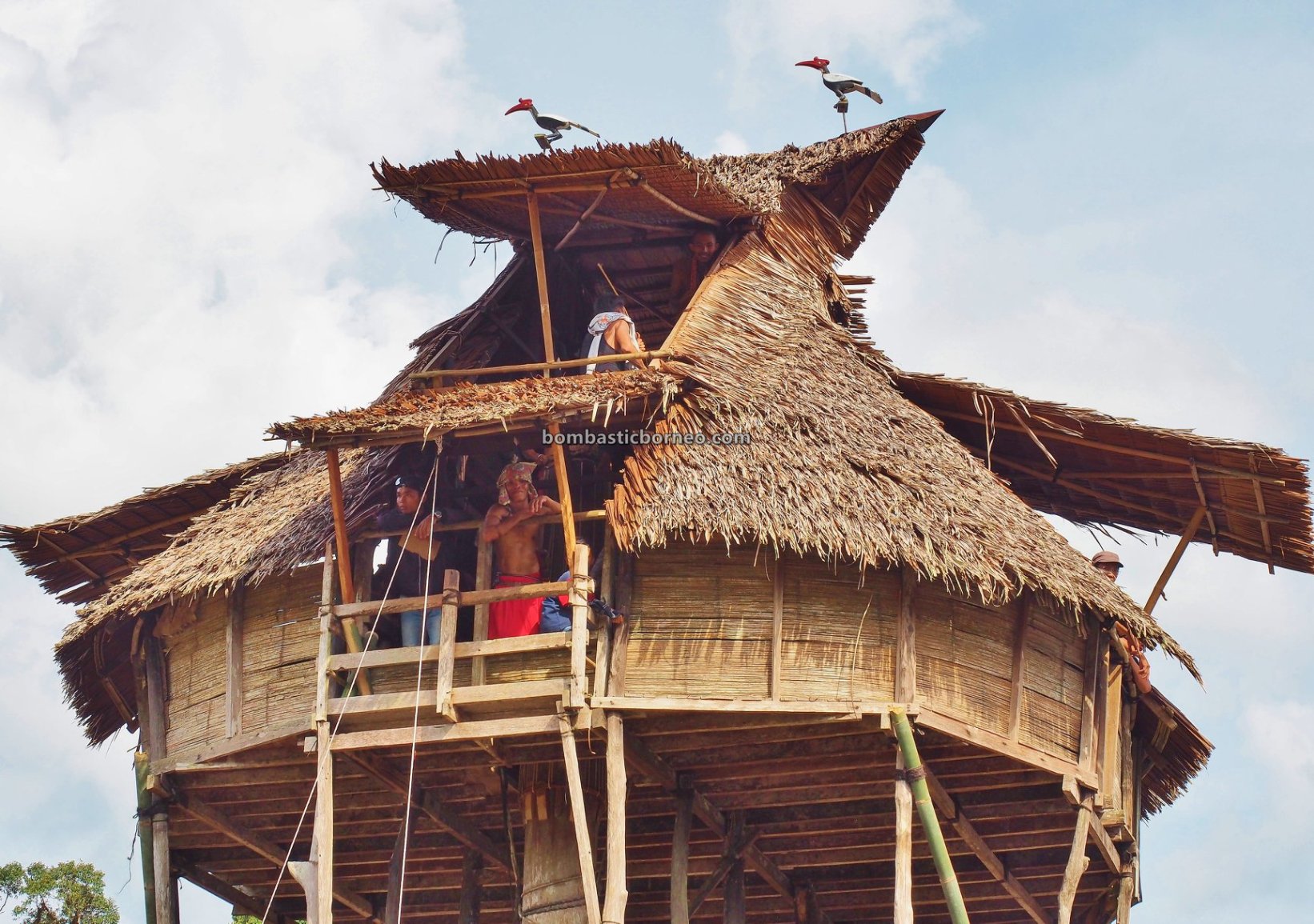 The inverted pole climbing competition was the most entertaining as always. Good to see they had 4 poles this time around to cater for different age group and degree of difficulty. The hardest one is usually smeared with oil all the way up. Ground support from buddies are allowed. 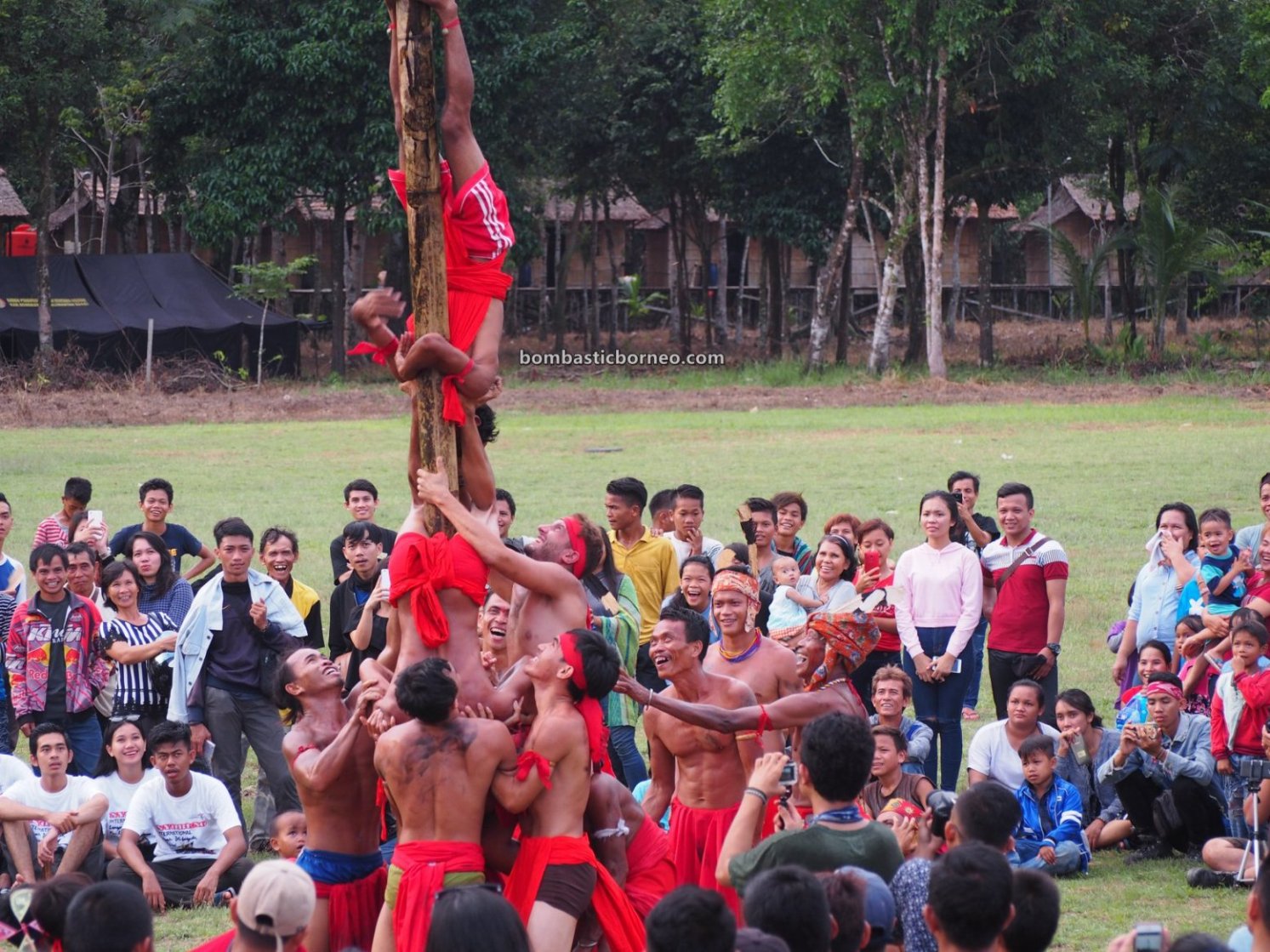 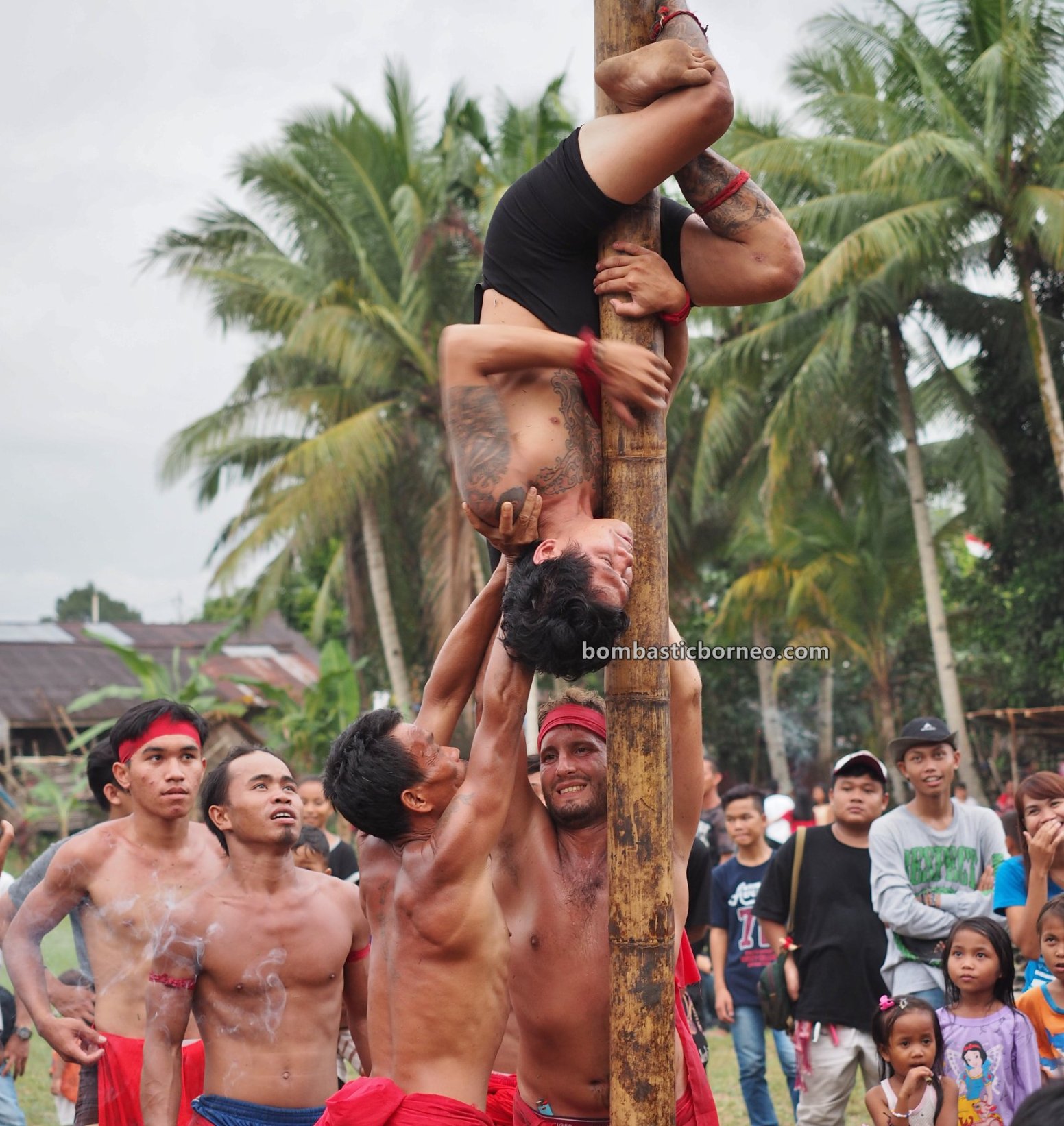 Many of the youngsters tried their hearts out but hardly made it to the half way mark. Until one middle age local finally hit jackpot. He shared the prize of a dozen bottles of Guiness Stout with his buddies and an addition of some cash. All in good fun. 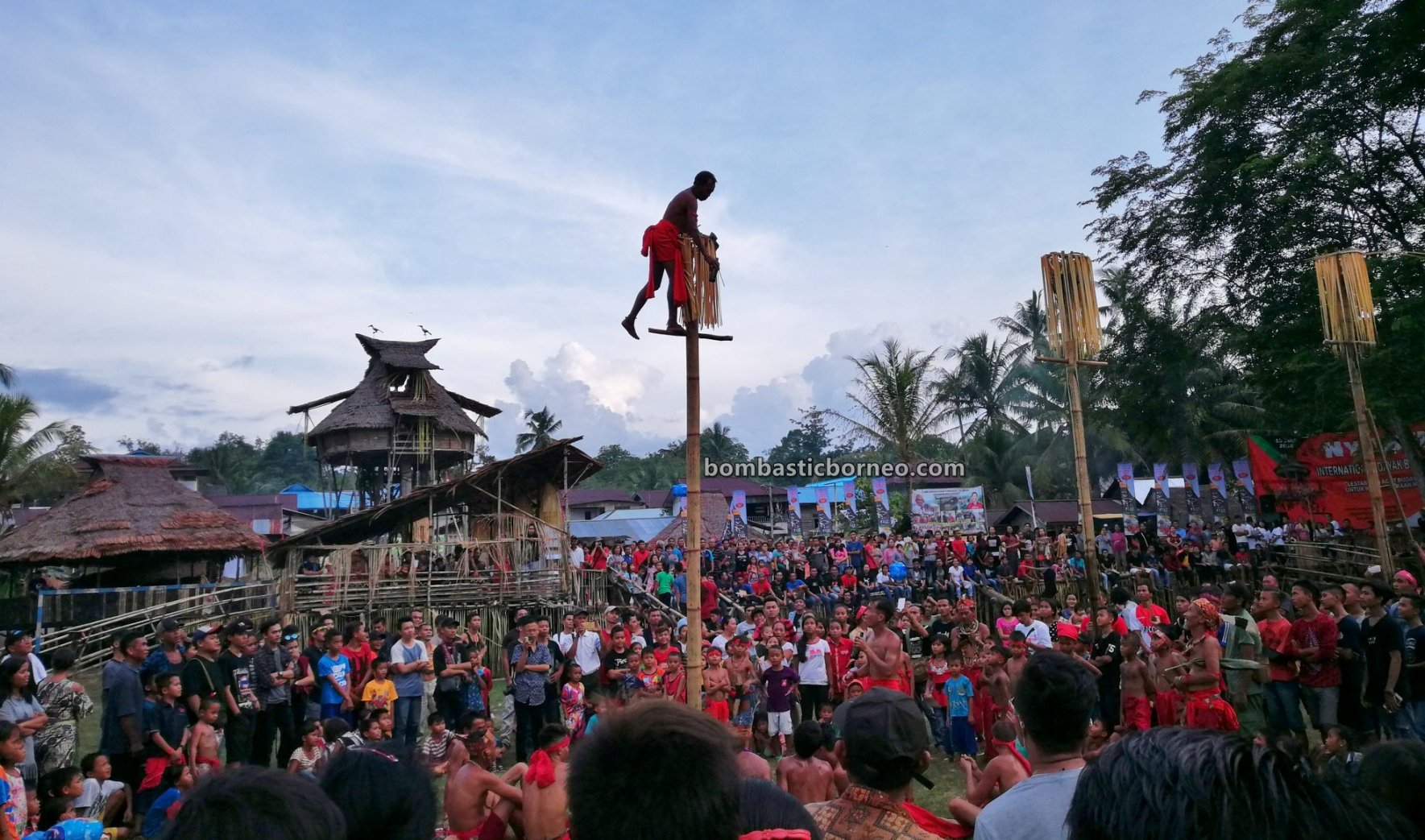 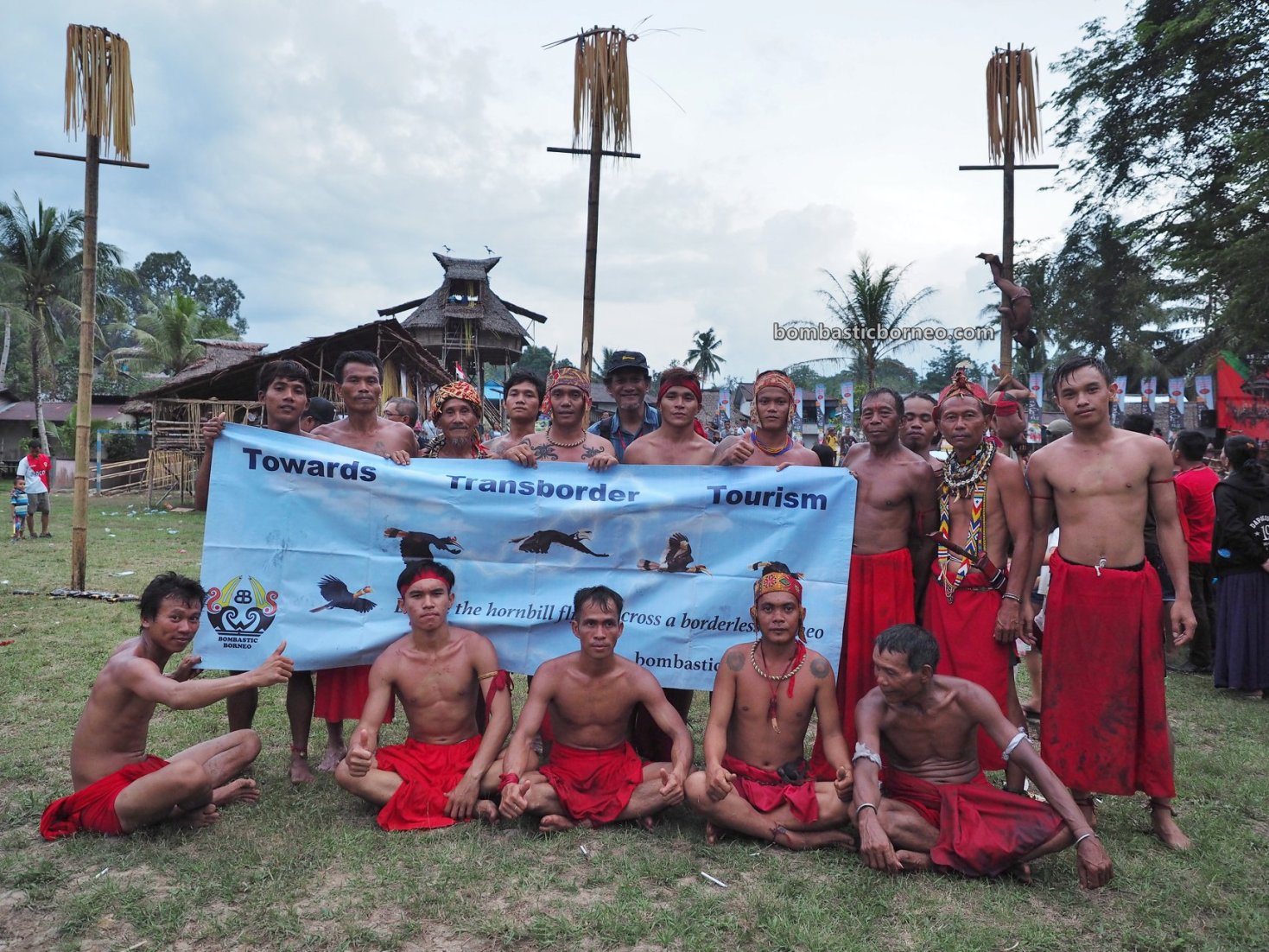 Meanwhile at the kid’s pole, one skinny little boy also made it to the top. One elderly spectator standing next to me was so impressed with the kid’s performance that he walked over to him toping up a couple more hundred thousand rupiah to his prize money. Big smiles everywhere.

While all these excitements were going on I wondered where all our Sarawakian friends were. They missed out on the most interesting part of this event. Thousands had gathered to watch. It was much later that I learned they had driven a few kilometers away for a swim at the Kumba River in Siding.

The last event which was the gist of what Nyobeng was all about, happened just before midnight but preparations usually started around 10pm. Unlike the Nyobengs we have attended both in Kalimantan and Sarawak, Sebujit’s is perhaps the quickest and simplest. It is over before you even know it, especially for newcomers to this ritual. Next and final story………Goodbye & TQ Sebujit