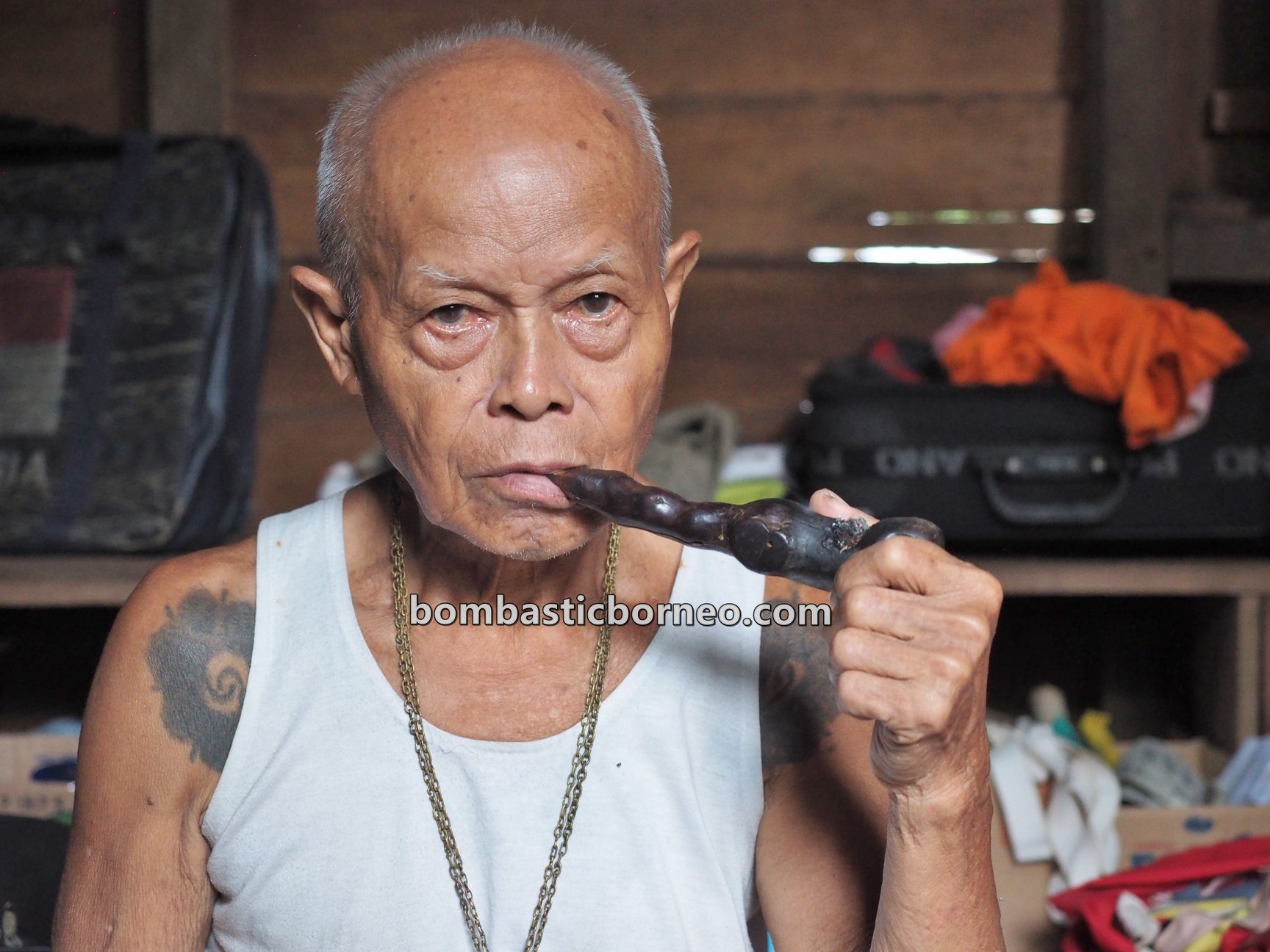 Through the years of exploring Kalimantan we have either stayed or at least visited the village of Paling Dalam in Sangau Ledo no less than 6 times. When we did stay over, it would be at our friend Nelly’s house. Her father Pak Sunai who was the headman until recently, was the first to encourage us to meet the dukun or shaman whose house was just a few doors away. All Pak Sunai said was the shaman had quite a collection of antiques which we might like to photograph. Unfortunately, that very night the Shaman Pak Siru was away in Jakarta. He was invited to perform healings there. So we left and never thought of him again for the next couple of years. 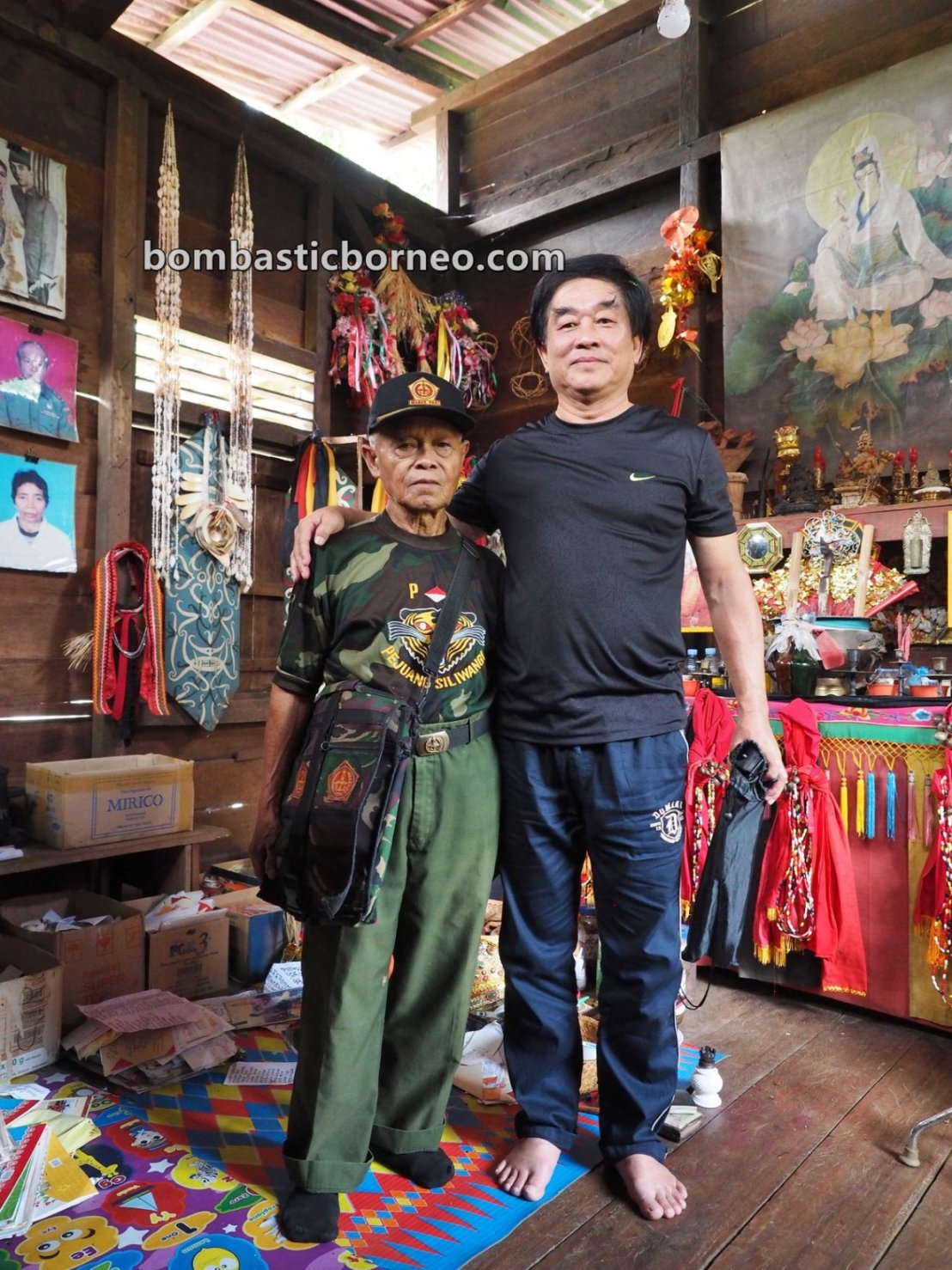 It was only in early 2019 that we visited Paling Dalam again and the subject of meeting Pak Siru was again brought up by Pak Sunai. Pak Siru was having a nap when we walked over to his house. It was our very first time to step inside his house. Once in, I had the shock of my life. Did we just walked into a Chinese temple or what? 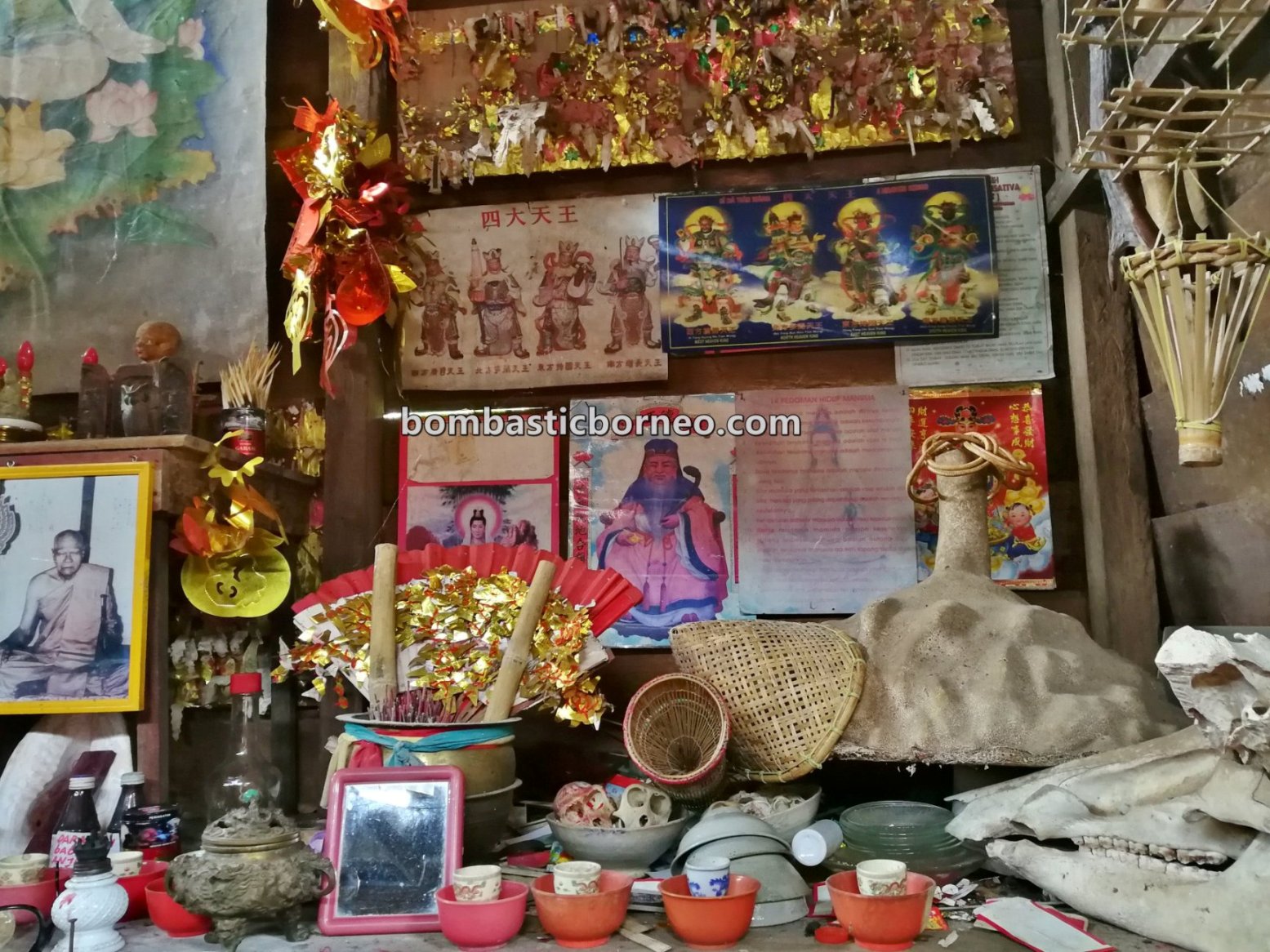 He introduced himself as Panglima Siru and the commando uniform hanging inside justified his title. We should have been informed earlier. But he took no offense of our ignorance. 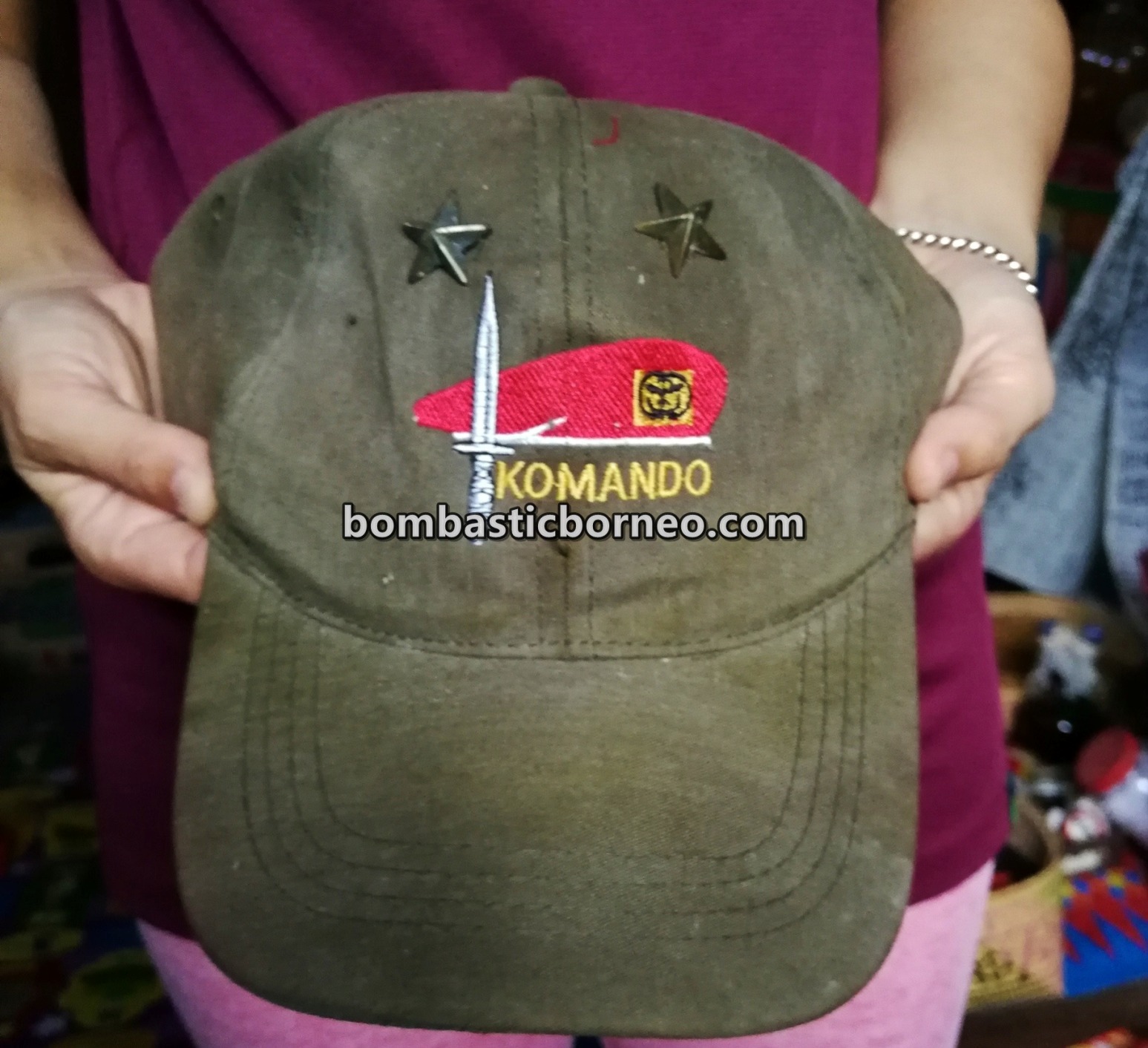 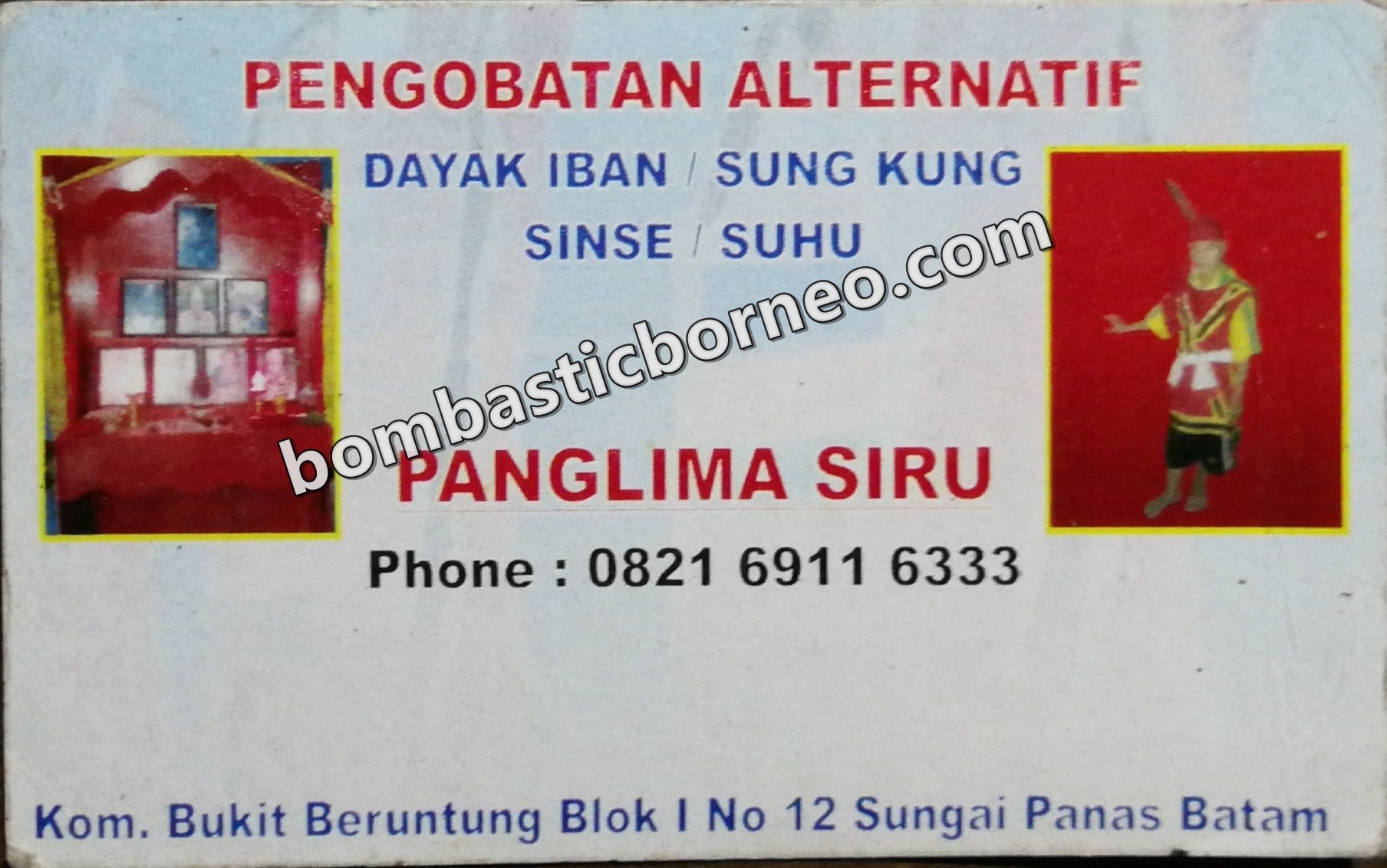 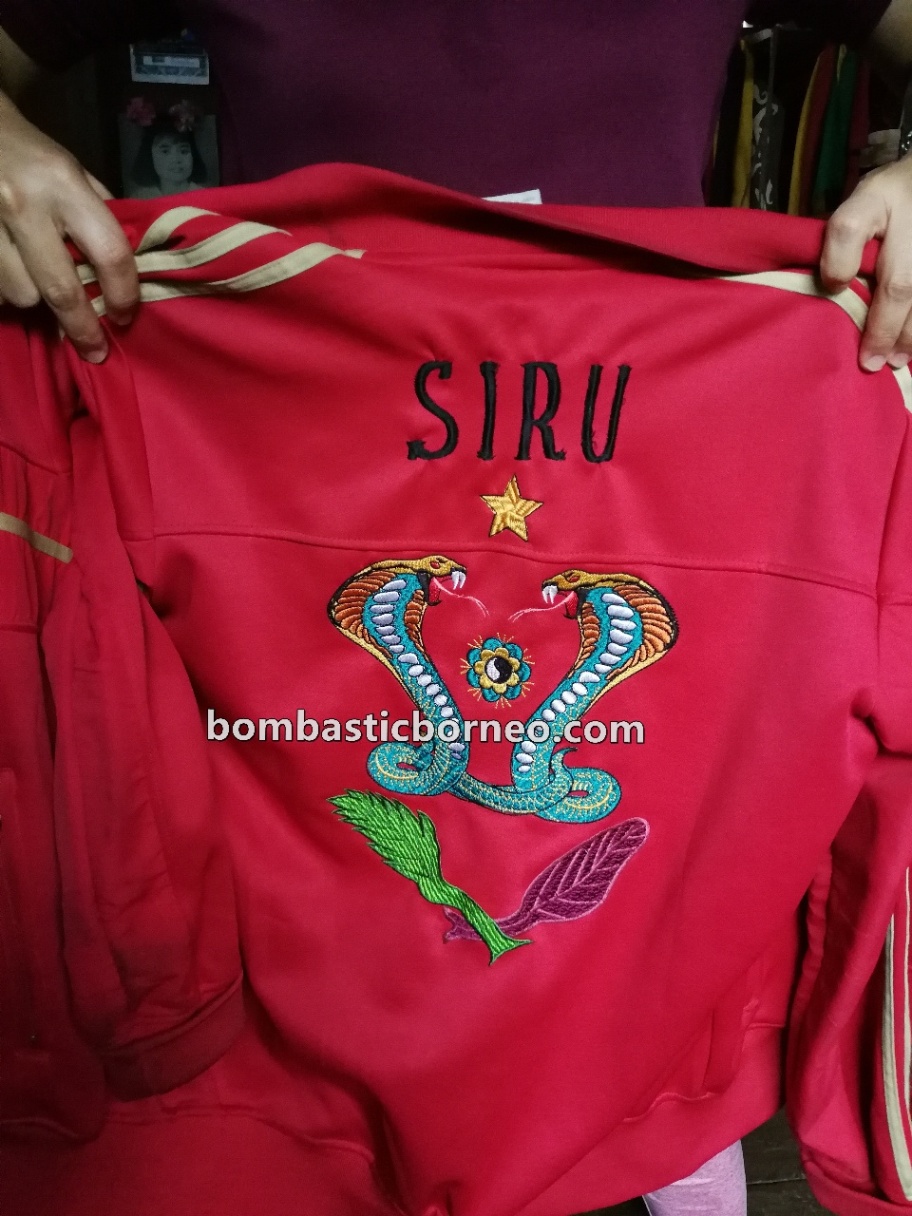 He walked with a limp due to bad knees. As we made ourselves comfortable on the wooden bench next to the shrine, he mentioned that he was the sixth generation descendant of Lim Toh Chien of Sungkung. Another shocker! We might not know a hell lot about his great great great great grandfather but we what did know was the Dutch army was so bent on wiping out his ‘Palace of Sung’ which was how Sungkung got its name. We can only suspect Mr Lim Toh Chien (or 林道權 in Mandarin) controlled too much of the trade not to the liking of the envious Dutch.

Indeed, Panglima Siru mentioned during our interview that Lim (a Teochew) and his peers whom he brought along from China had helped build the economy in many places in Kalbar / West Kalimantan, e.g. Pontianak, Singkawang, Pemangkat, Ketapang and so on. Siru backed his claims with the names of this group of economic pioneers. In fact Panglima Siru showed us a pile of huge yellow paper listing Lim’s descendants’ names and places of residence. OMG! 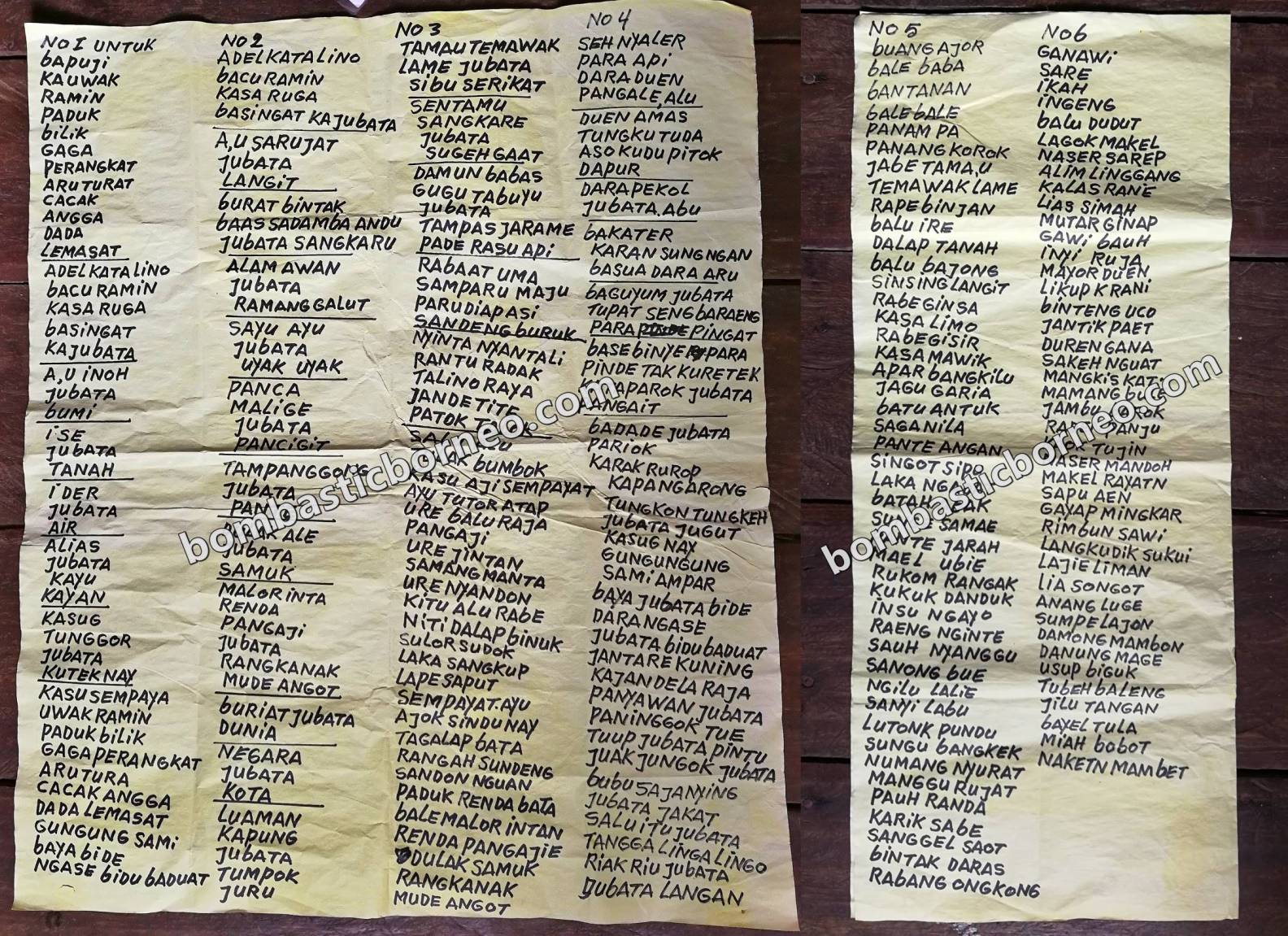 Siru himself has 5 generations below himself. He claimed he was 101 years old but going through his documents we found a little discrepancy. His passport, IC indicated otherwise. His birthdates were indicated as 1938. He insisted he was born in the year 1918. Why? We shall ask him to clear up the confusion next time. 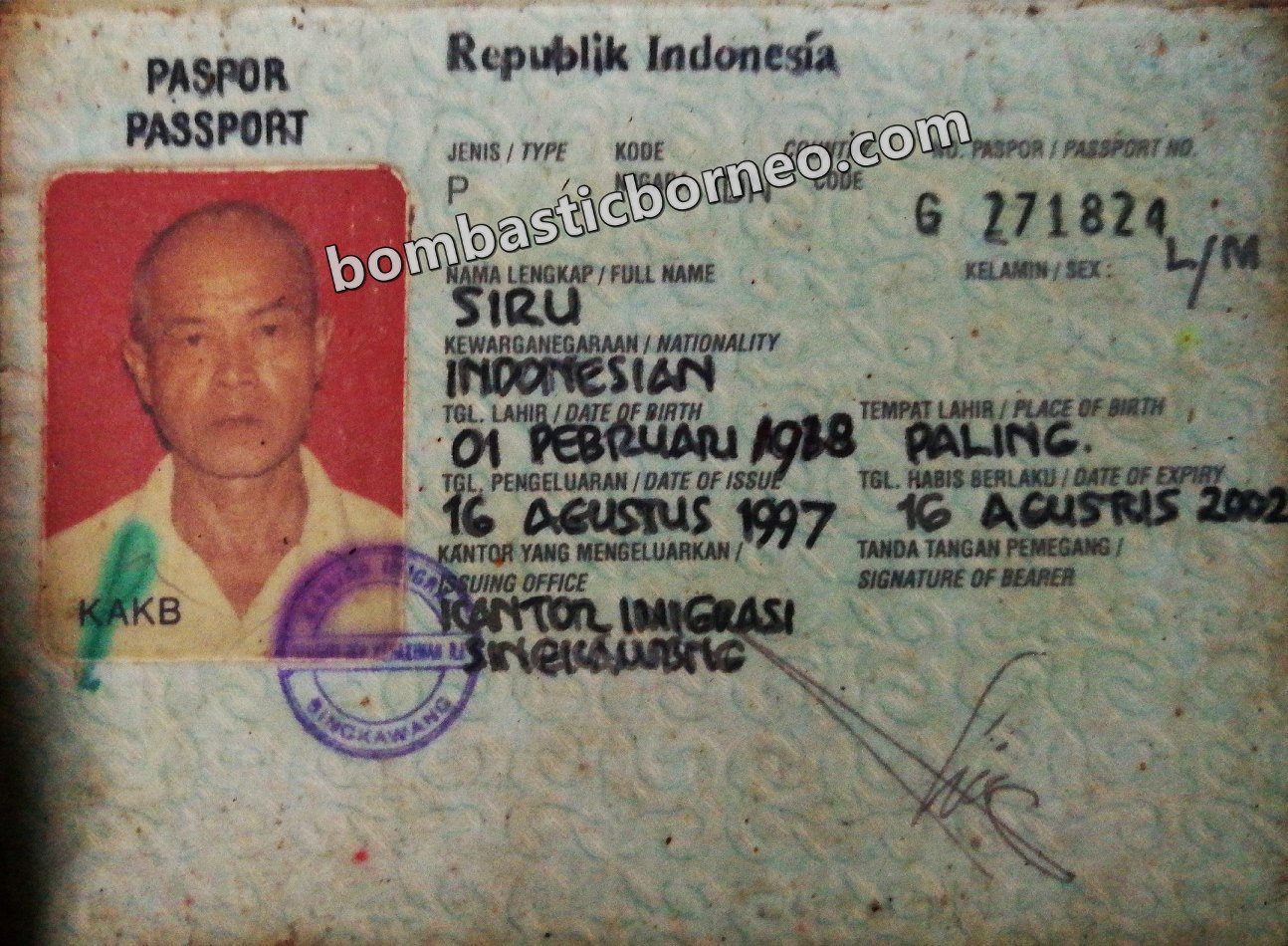 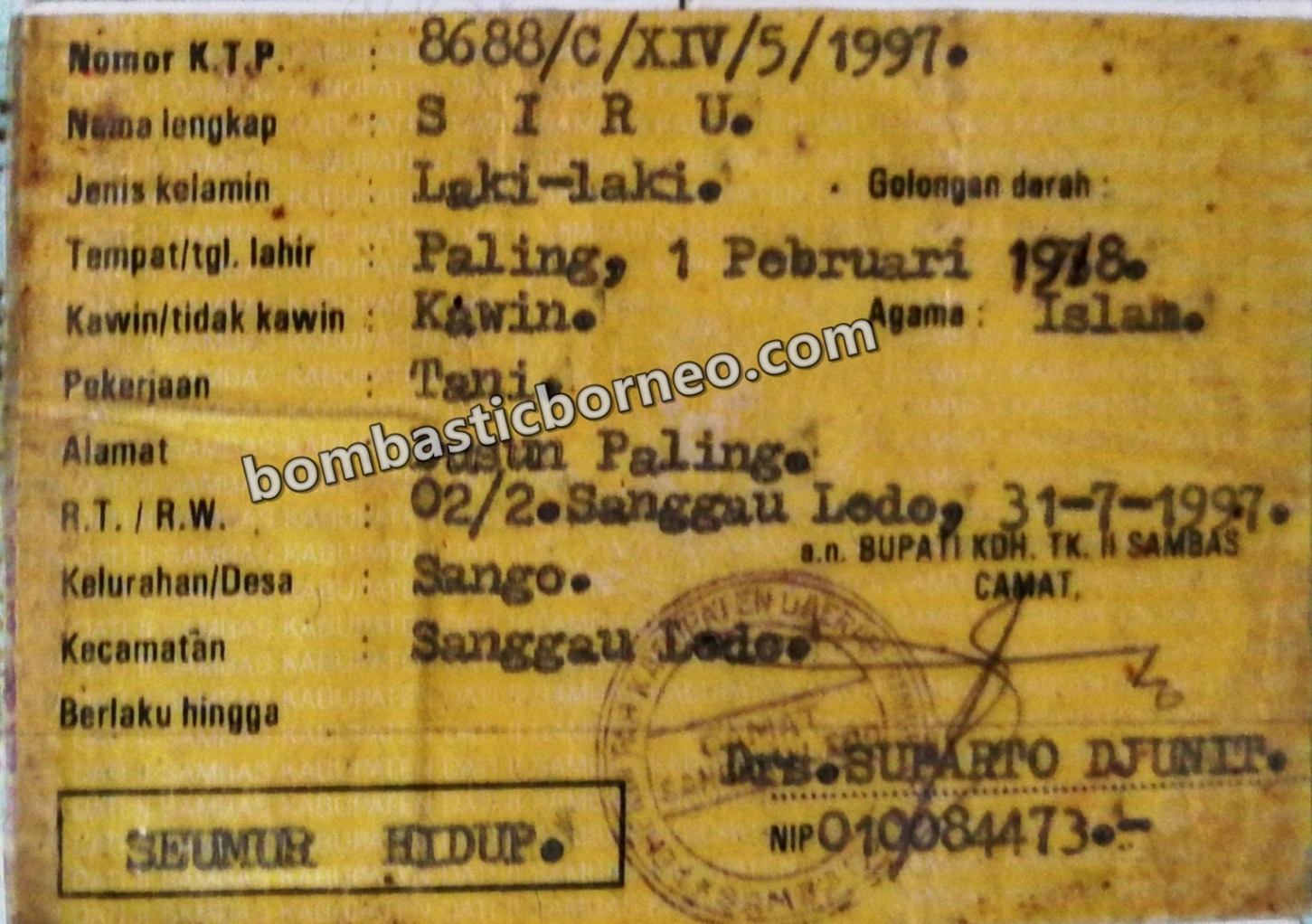 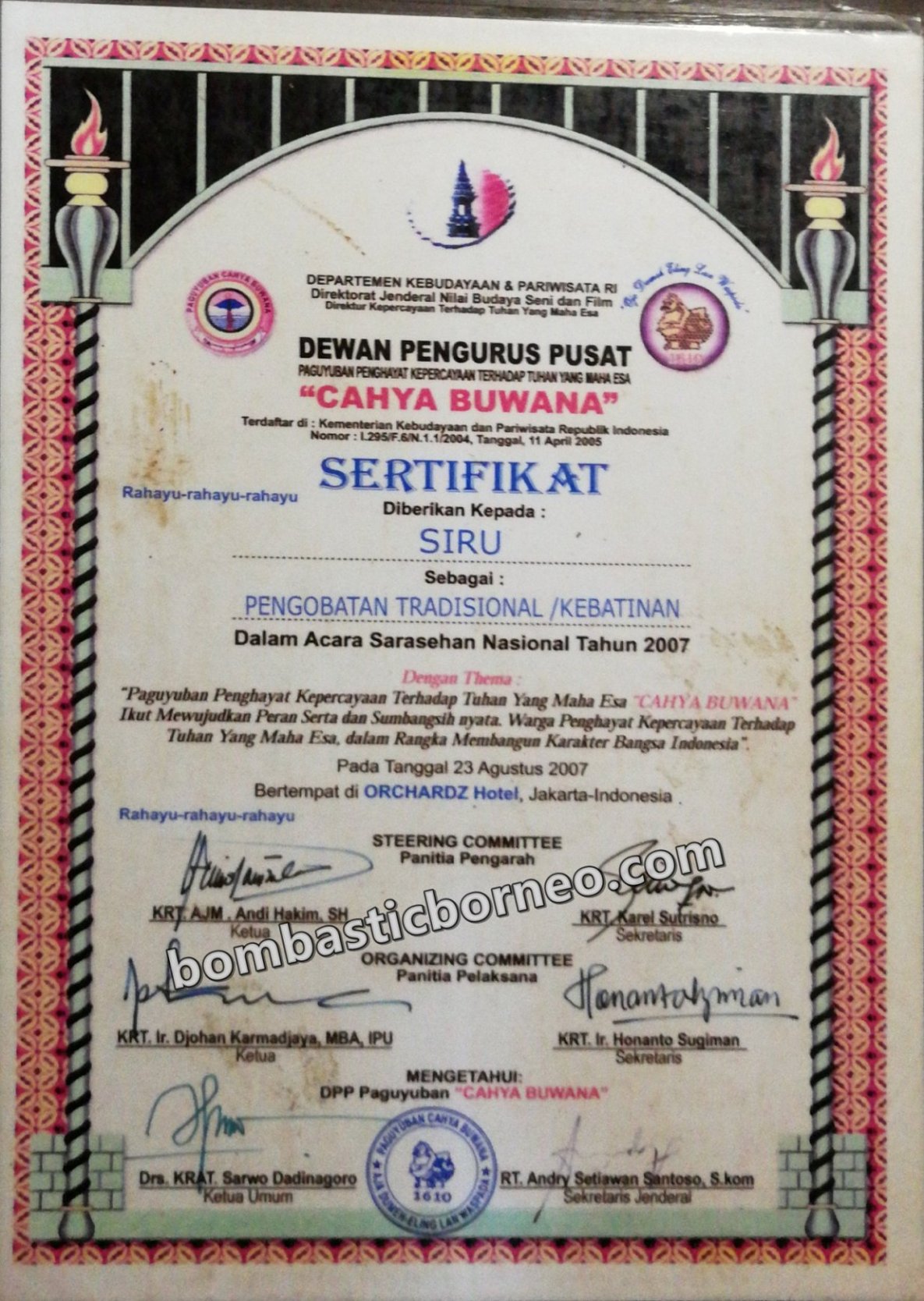 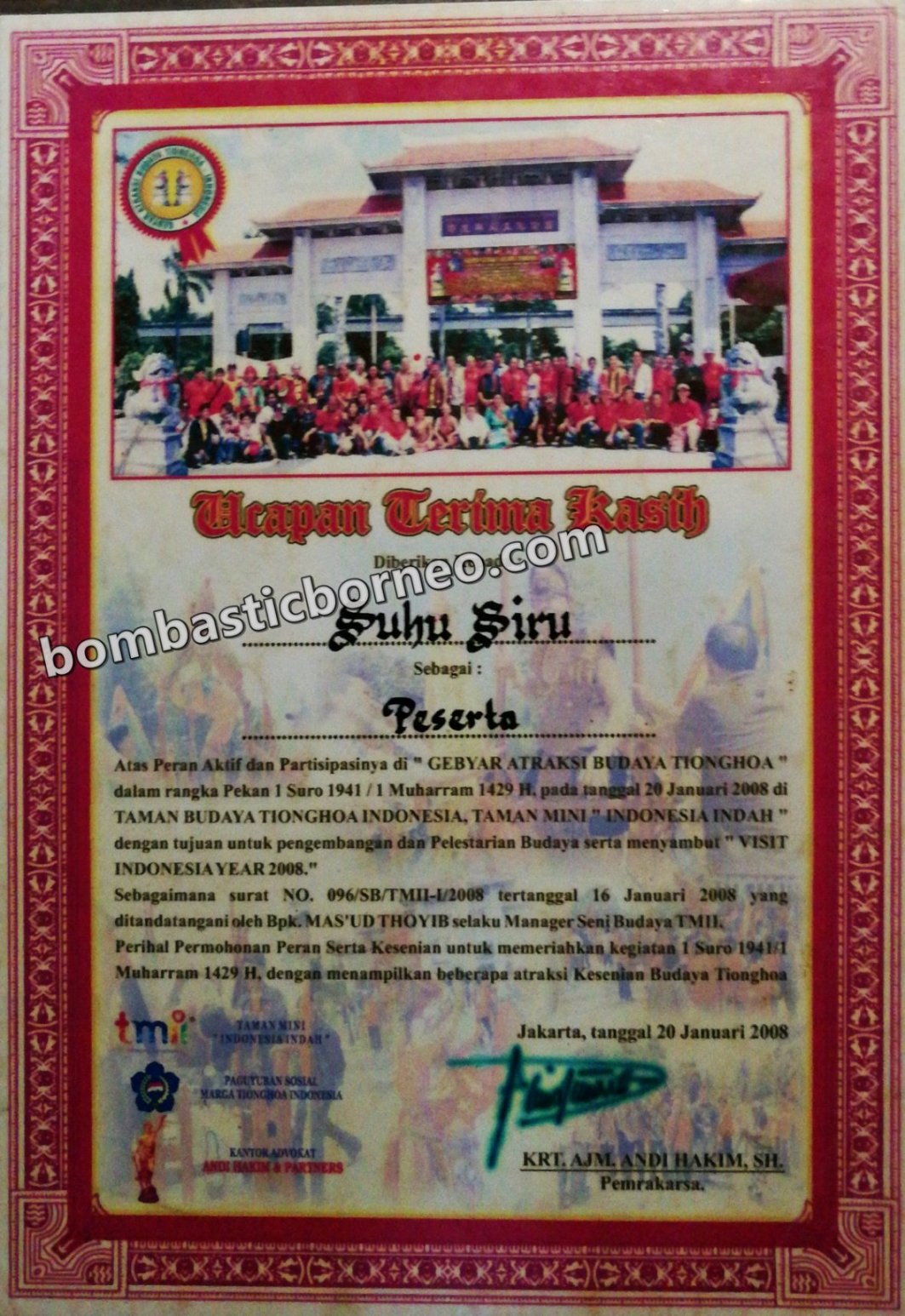 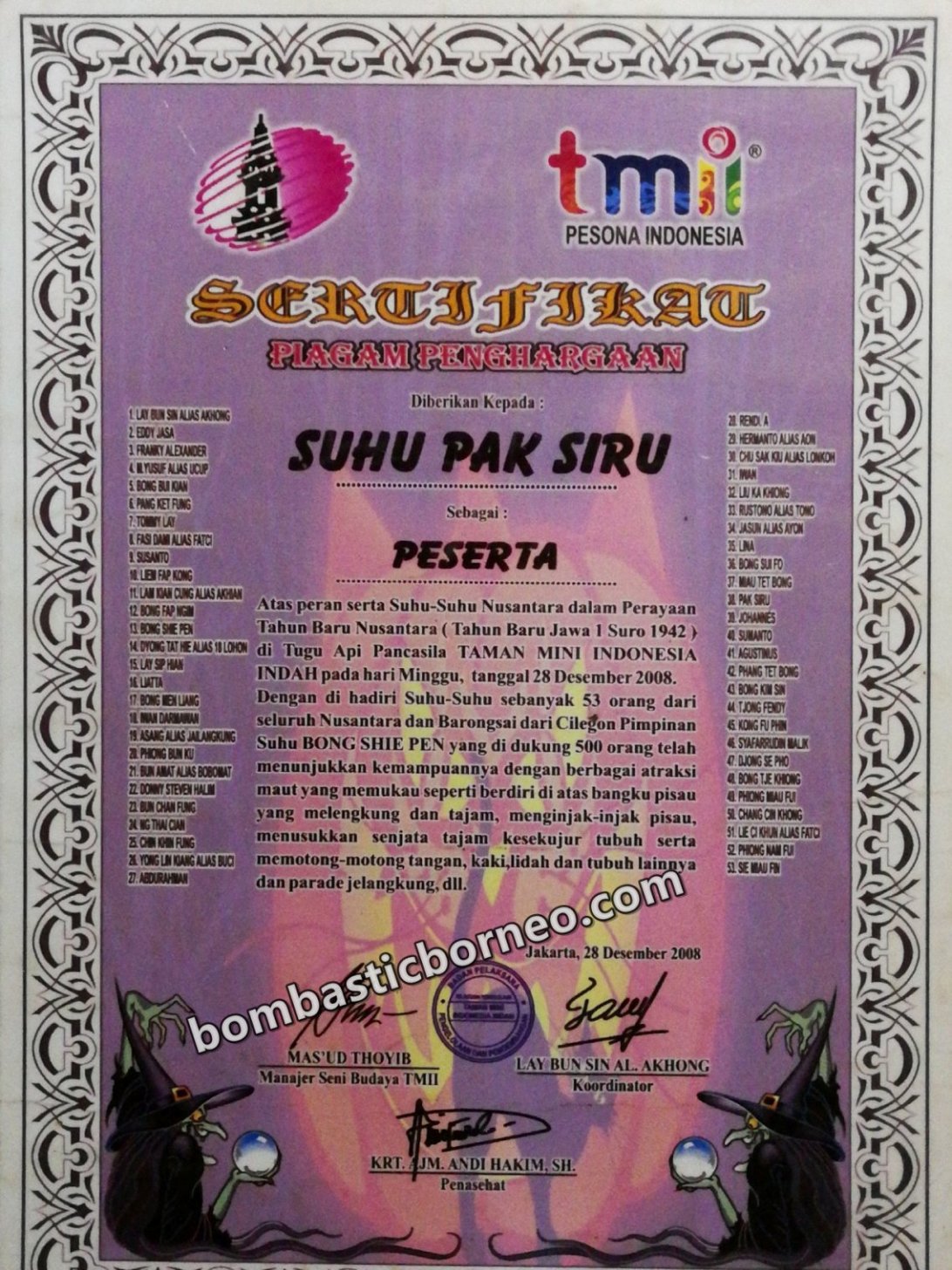 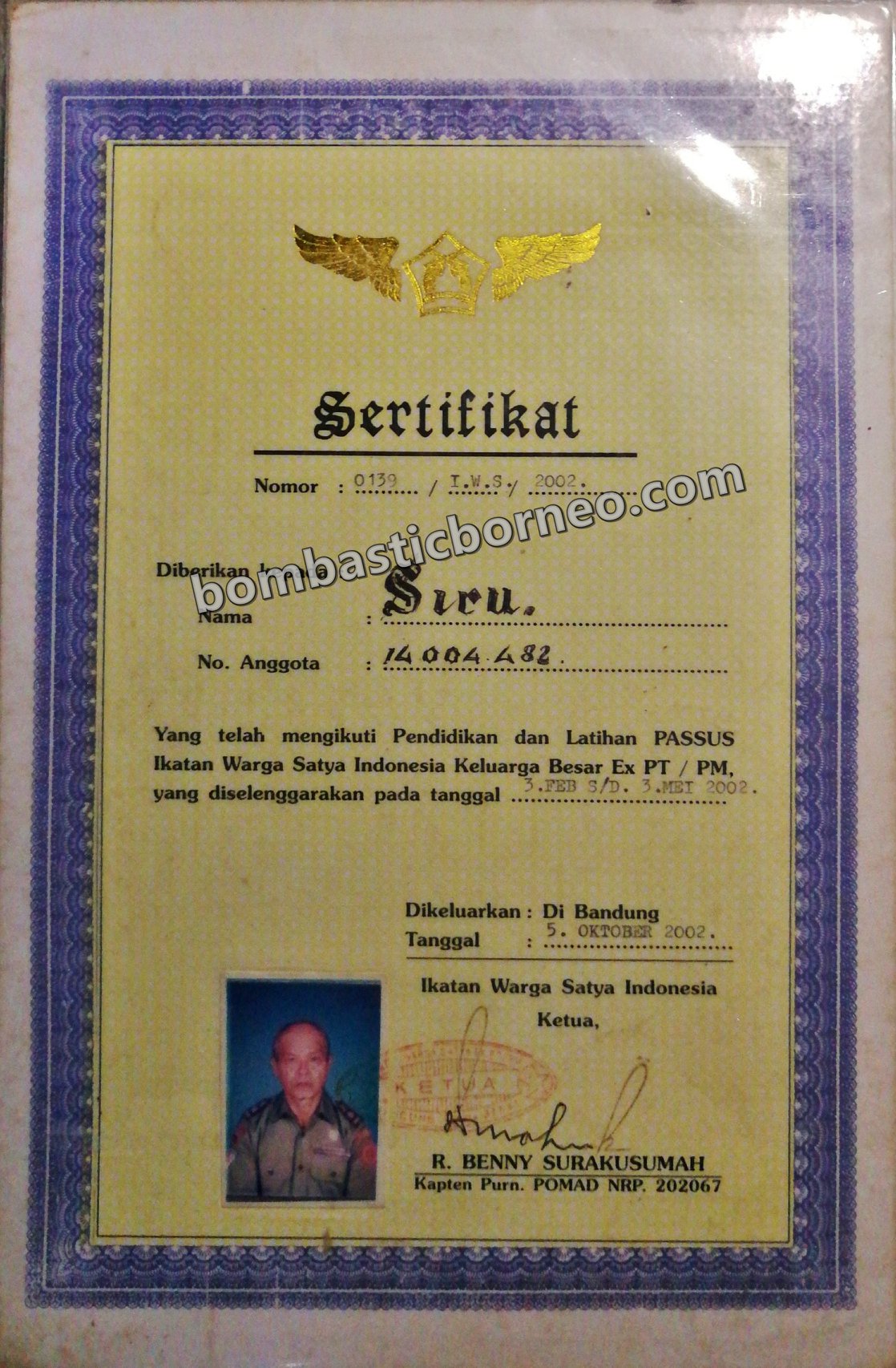 Lim Toh Chien although never mentioned in history books apparently carried much weight as far as his legacy went. Many of his descendants from the Dayak side would proudly introduce themselves as “Siang Lim” with ‘Siang’ meaning surname in Hakka. Wherever these descendants went in Borneo they would be well received by their hosts and an upgrade in hospitality would be in order. No questions asked and this was confirmed by our friend Mr Chin from Gumbang.

Personally, we were approached 4 years ago while visiting Sungkung Senebeh by a local there and he introduced himself as one of “Siang Lim”. Unfortunately, at that point in time we knew nothing of this mysterious Lim but sensed he must have had done a lot to leave behind such a great influence over the Dayaks here. Perhaps, equally mysterious Panglima Siru has some answers. We hope that with this post that our friends in Bengkayang or even Pontianak would continue from where we left and dig further from Panglima Siru who is the only stepping stone we know of to unlock the mysteries of Sifu Lim Toh Chien of Sungkung. 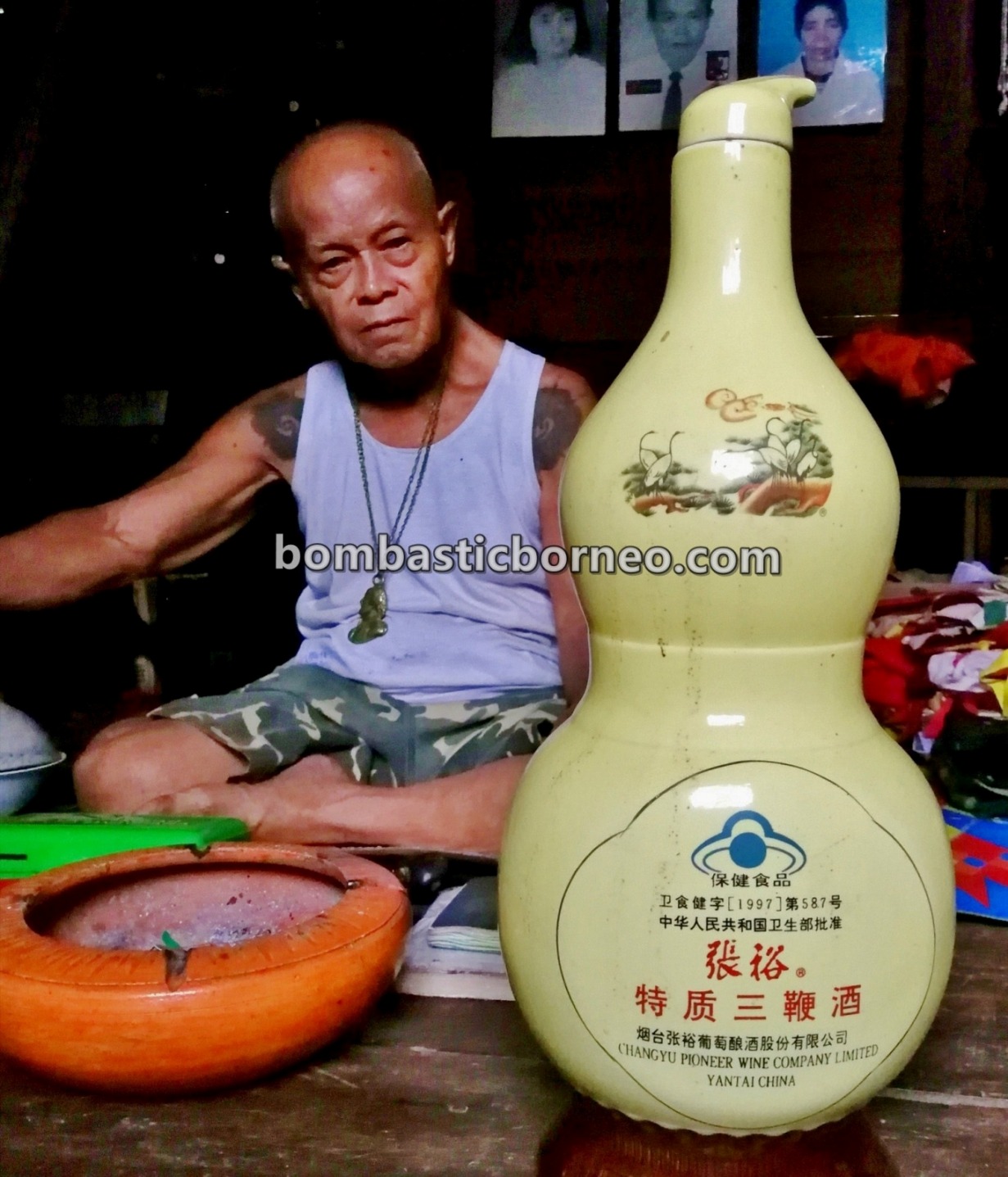 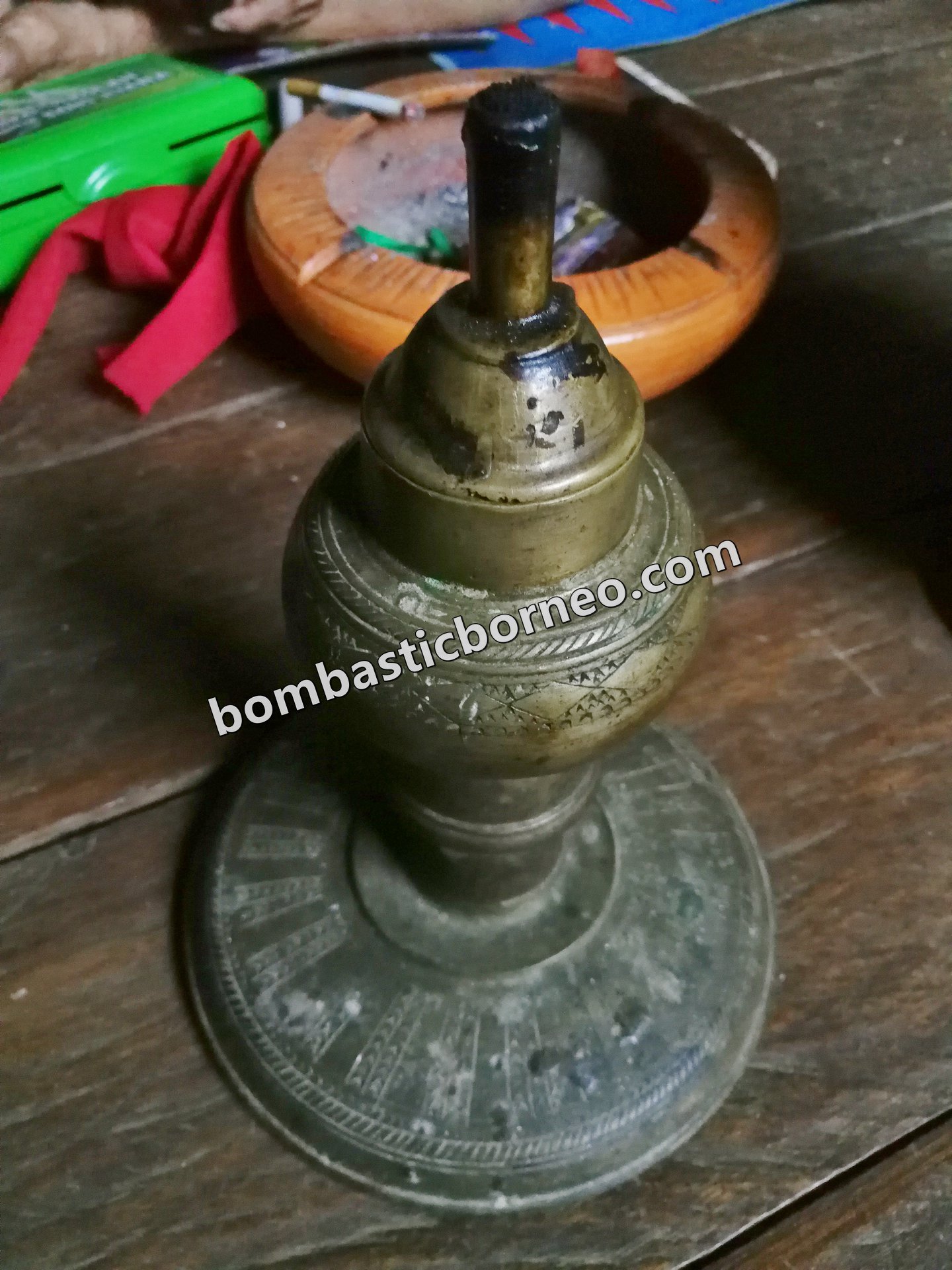 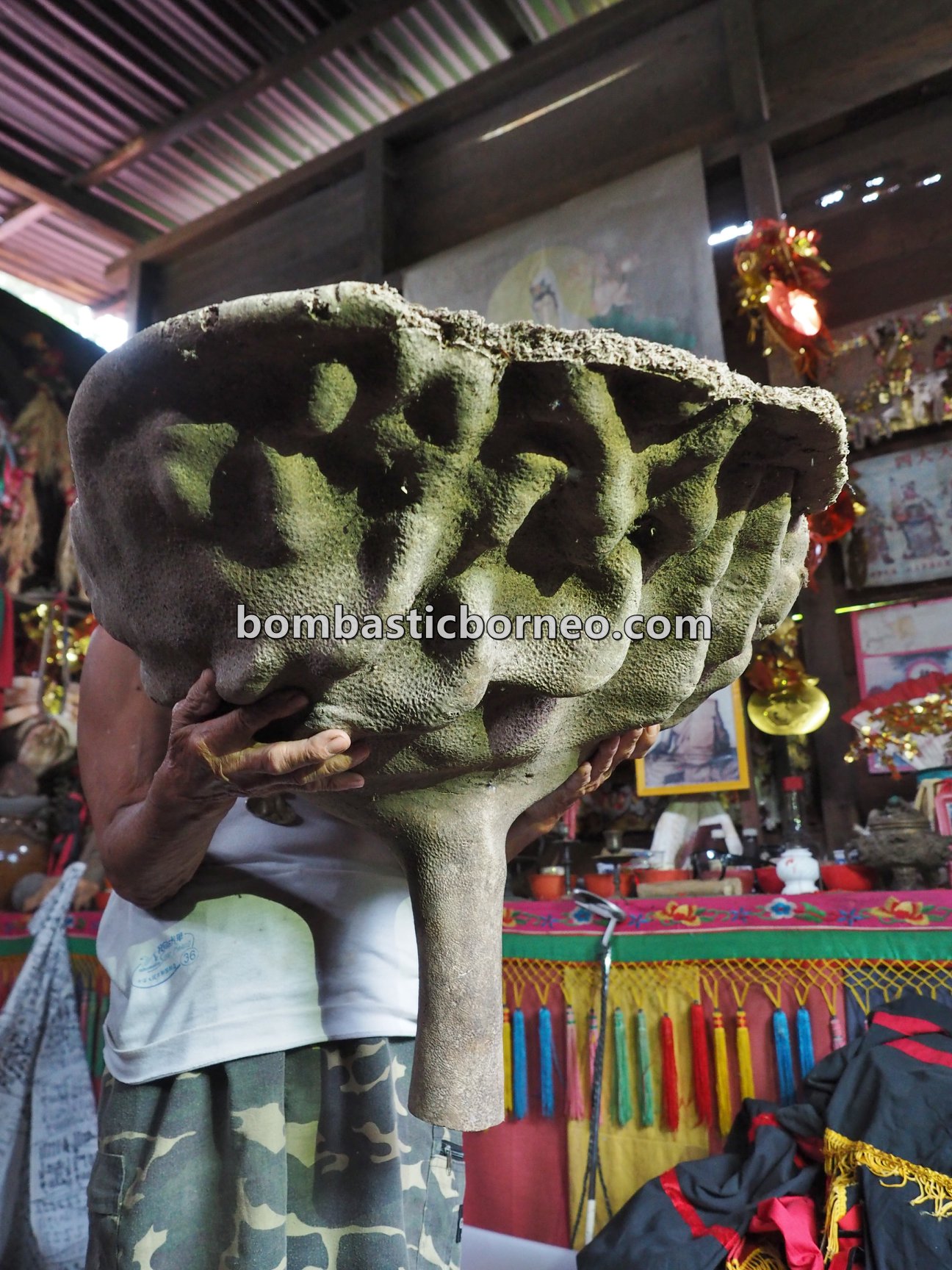 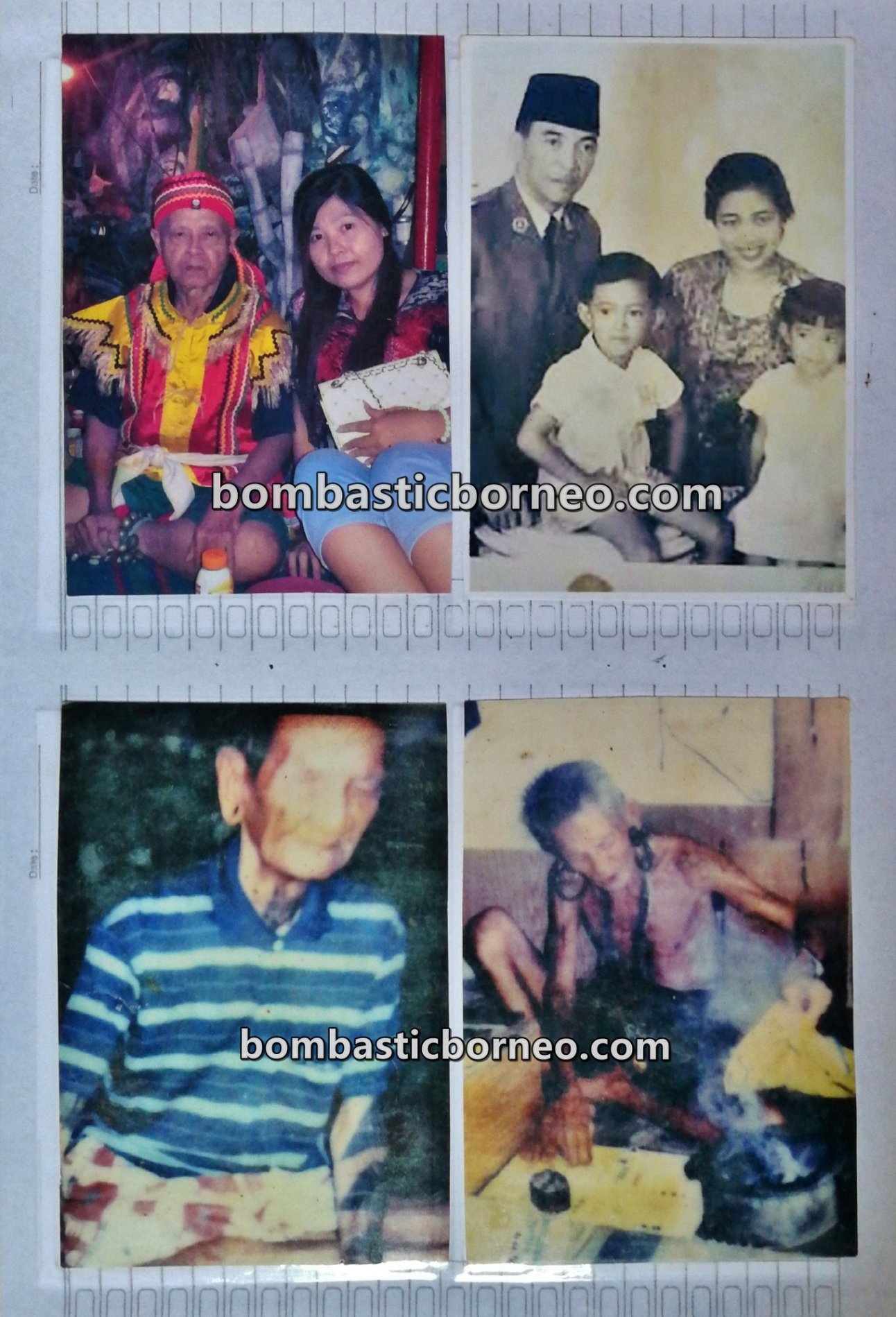 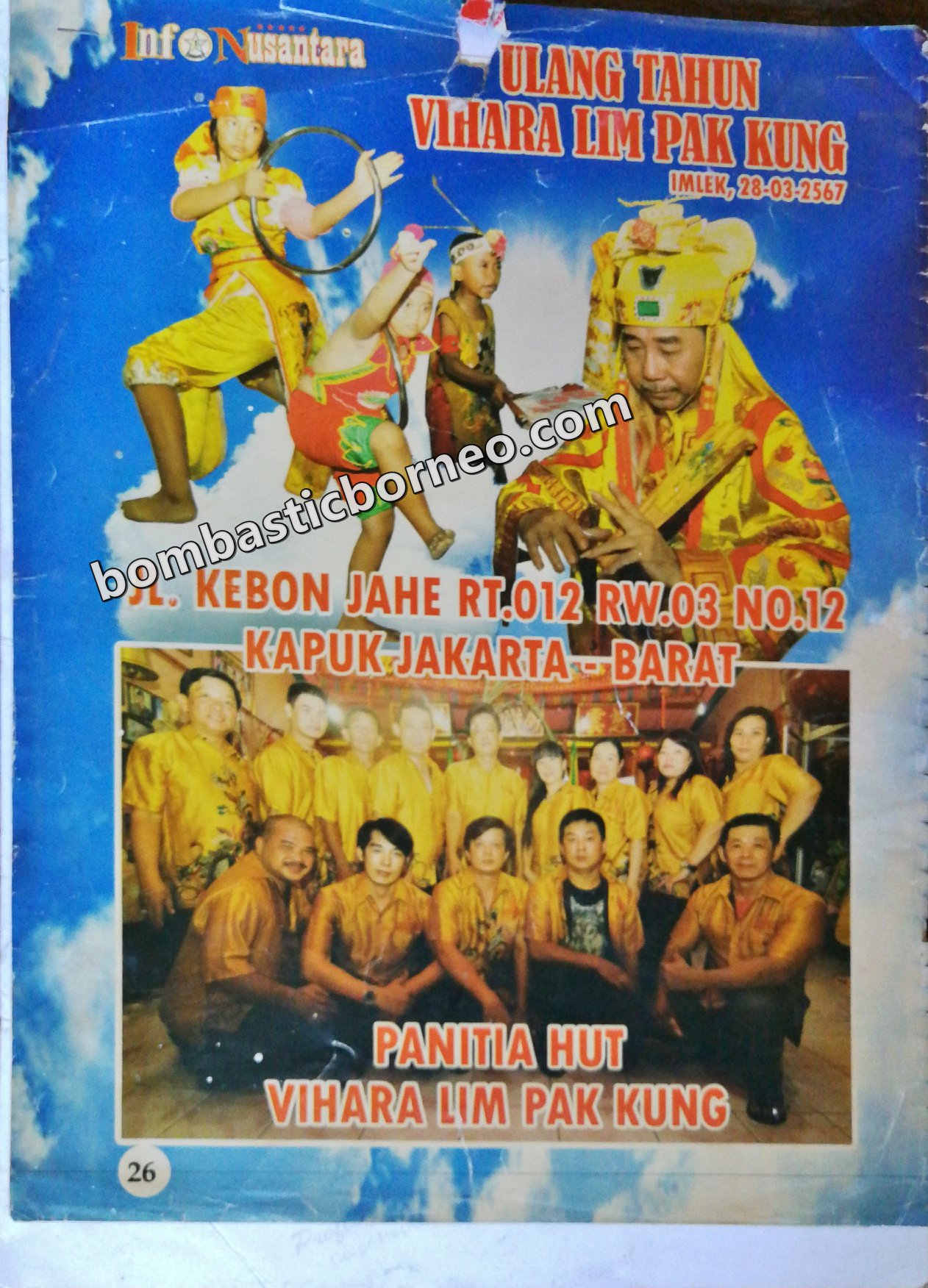 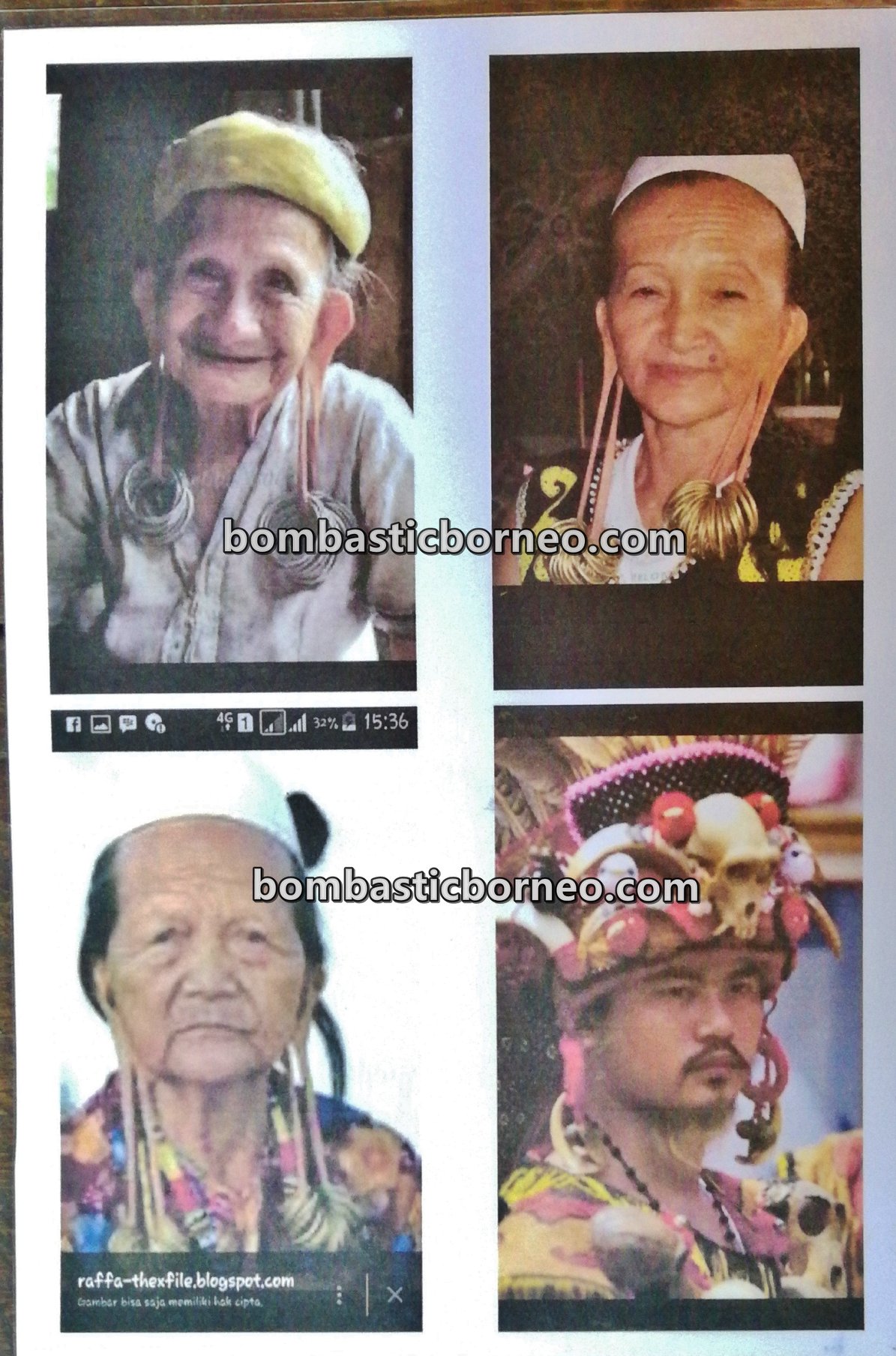 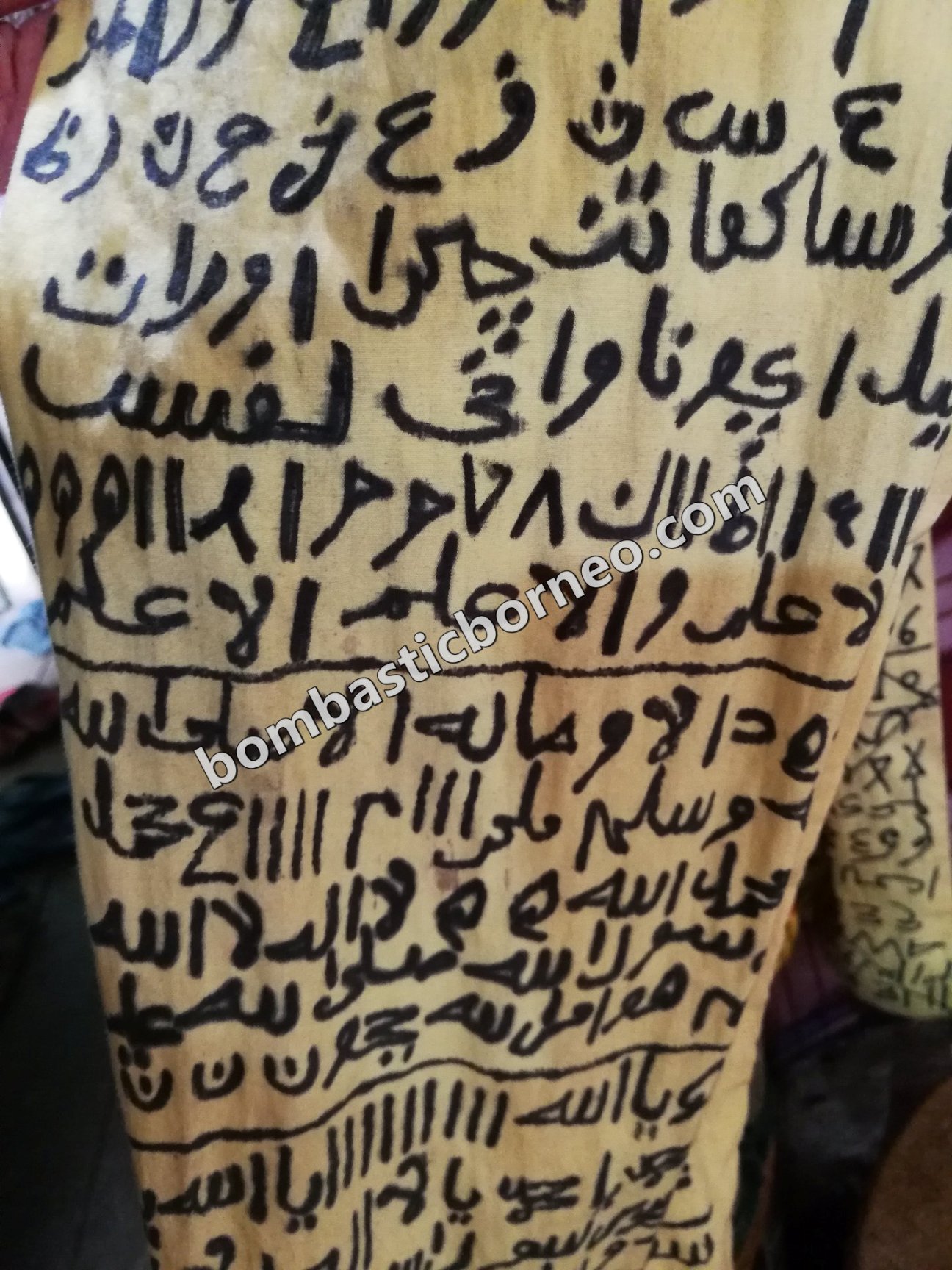 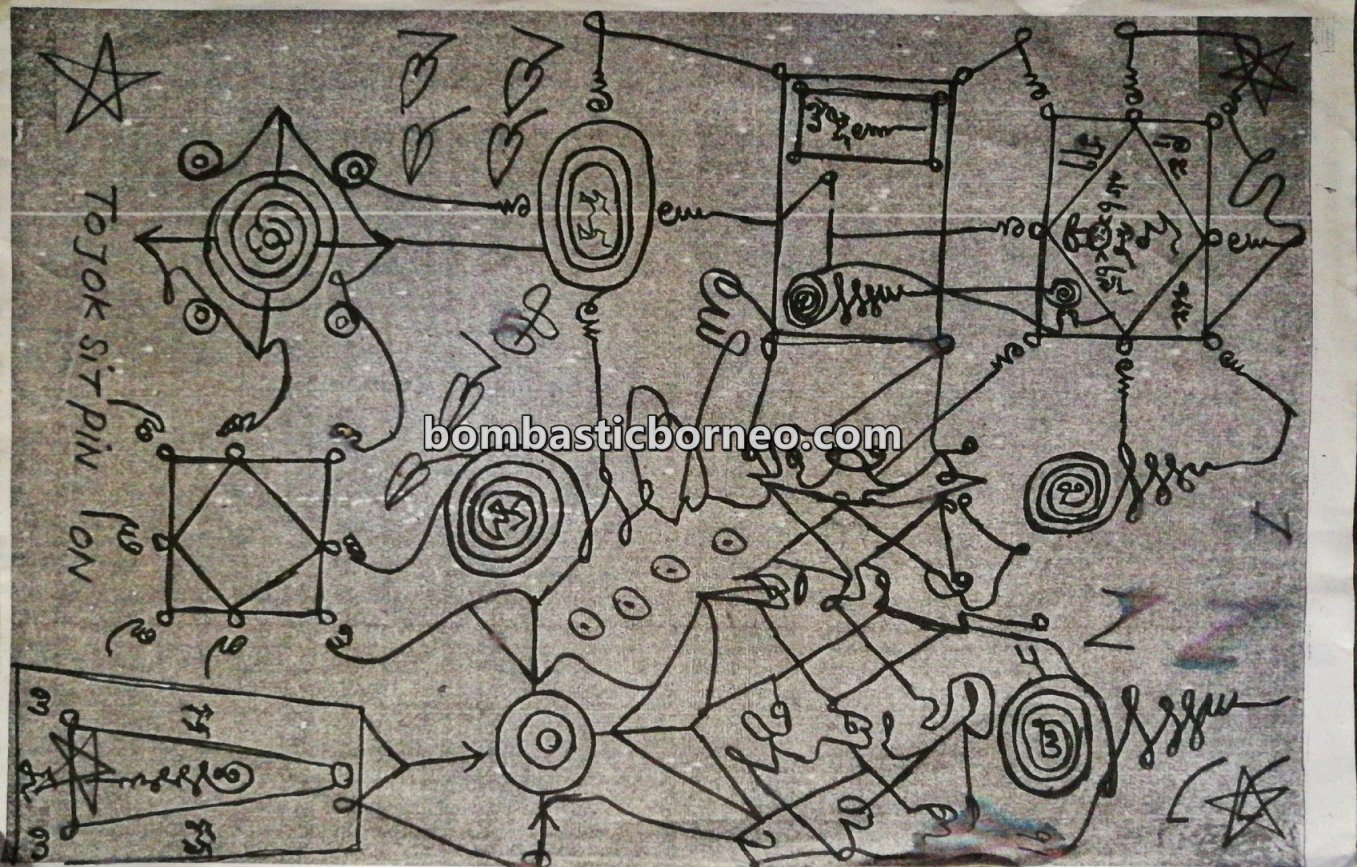 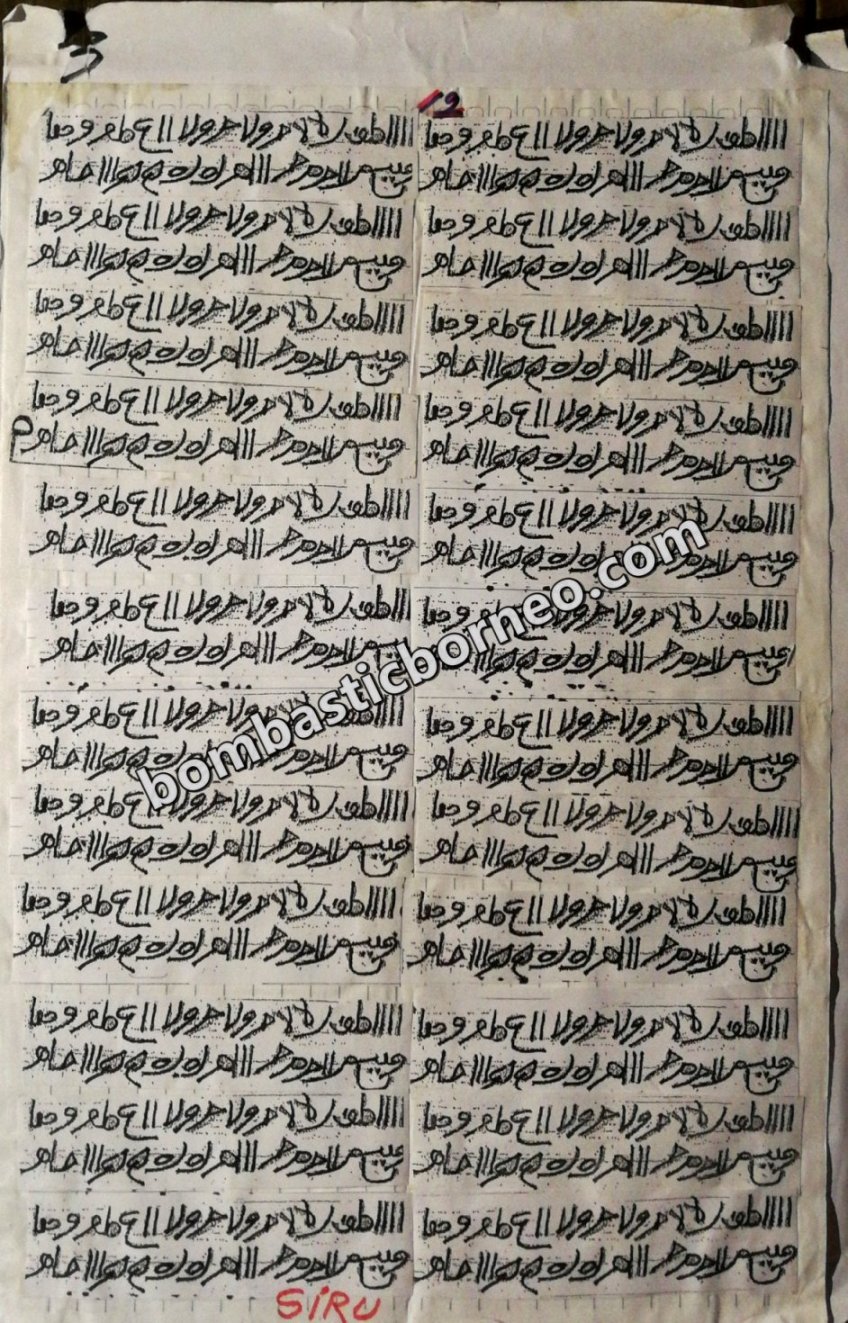