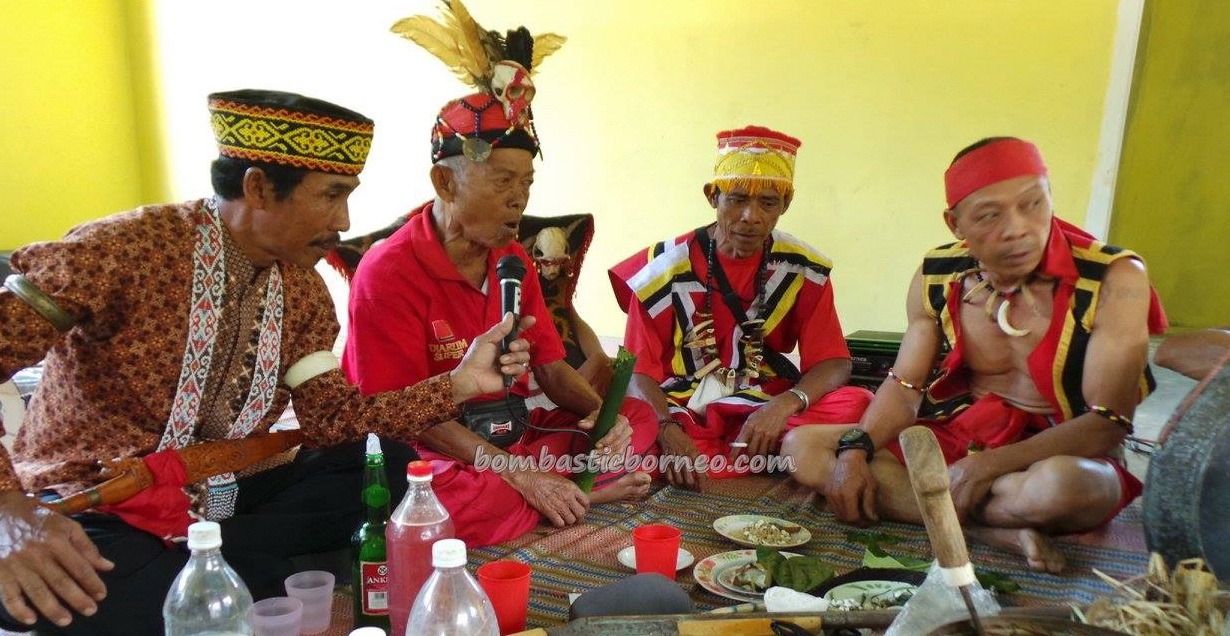 Even if it was a last minute invitation it was still a great idea to visit Kampung Paling Dalam a small Bekati village just before Sanggau Ledo, Bengkayang. The invitation had come from Ms Neli who works in Kuching and was going home for the Gawai celebration. We gladly accepted after she told us that we would be safe as her dad was the Kepala Dusun or Ketua Kampung as we call it in Sarawak.

We thought these were 2 good reasons/excuses to help us drive through the Serikin check point without any hassle with the Indonesian authorities. Normally without passport it could land anyone in hot soup. But because of the Gawai season which is usually celebrated earlier compared to Sarawak, the Indonesian immigration authorities are more lenient. So coolly we drove in after Neli was done with her Gawai shopping at Bau town. The dirt road at Taiko Ah Seng’s oil palm estate was muddy but as from Jagoi Babang onwards the road was near perfect, pleasant surprise. At last, the Indonesian government made good its promise about infrastructure improvement in Kalimantan. However, driving here is kind of stressful because of the narrowness of the road. Passing cars from the opposite direction can be too close for comfort. How I wished the roads here were a meter wider. Some spots were already showing damage of road shoulders which would contribute to high maintenance cost in the long run.
Driving along Jalan Dwikora one cannot help noticing the giant high tension cable towers that now dot the landscape of Bengkayang, thanks to Sarawak Energy Bhd.

SCORE (Sarawak Corridor of Renewable Energy) is scoring big time in KALBAR while full of excuses in its own backyard. I am very happy for Kalimantan and not a bit jealous but I cannot say the same for many Sarawakian villages who still live with gen sets. Life will never be the same again for the folks here once the energy supplier turns on the switch. In fact quite many of them have already been enriched by the land where these towers are sited.
After 1 hr of driving, we arrived at Neli’s father Pak Sunai’s house in Paling Dalam. A small village by most standard, it is situated pretty high up overlooking Gunung Niut the highest mountain in KALBAR at 1687m.

Noticed that most houses here took pride in their little gardens, carpet grass and nice colourful flowers. Due to its elevation, water supply is mostly from the rain. Some villagers without water tanks to catch the rain had to trek down slippery canyon for about 10min to a little creek to do their laundry/shower. Wonder why nobody thought of using an electric pump to draw up the water.

Anyway, the reasons we came here for was to enjoy the Gawai visiting and to witness the opening ceremony of their ‘balai’ or village hall. The second day was mostly occupied with the double ‘miring’ and offering of chicken was SOP minus the traditional glamour of music and dance. 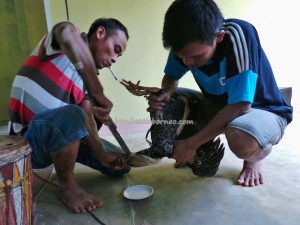 The Ketua Adat Desa Sango Mr Nekodimus Mukim acknowledged the watered down version and was apologetic. Not surprising indeed as most of the young are not interested in the traditional stuff of their ancestral religion while some have converted to Christianity. Most of the gongs were broken but displayed nevertheless for old time sake and the drum must have seen better days. One more generation to go and their ancestral culture will predictably be heading towards oblivion. Such a pity. 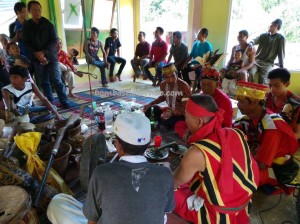 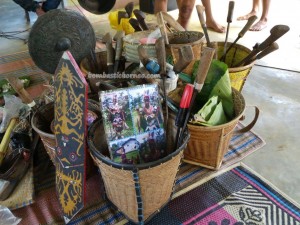 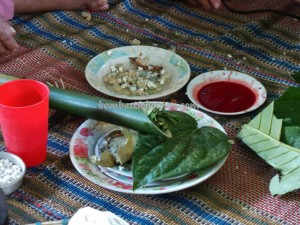 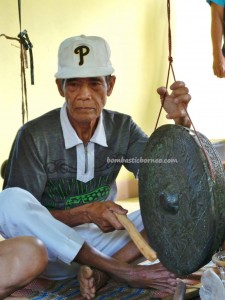 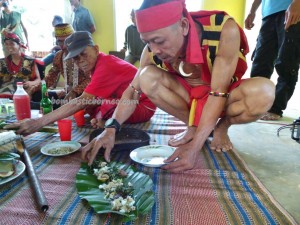 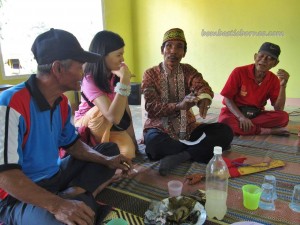 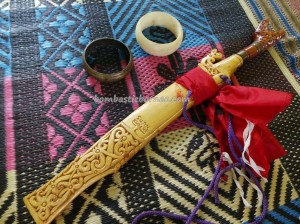 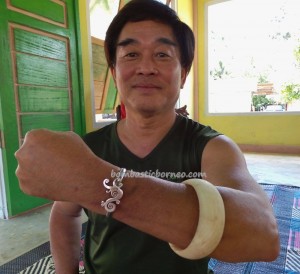 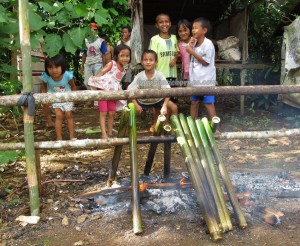 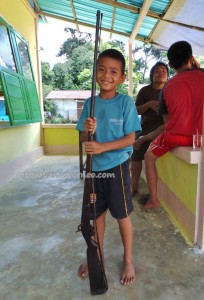 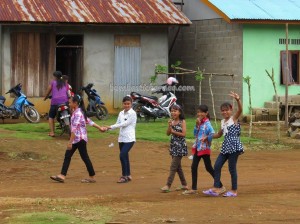 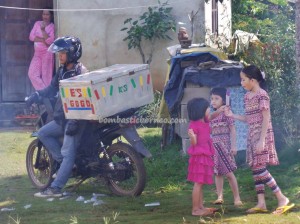 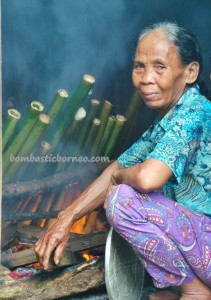 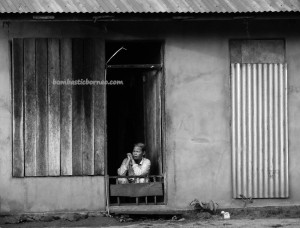