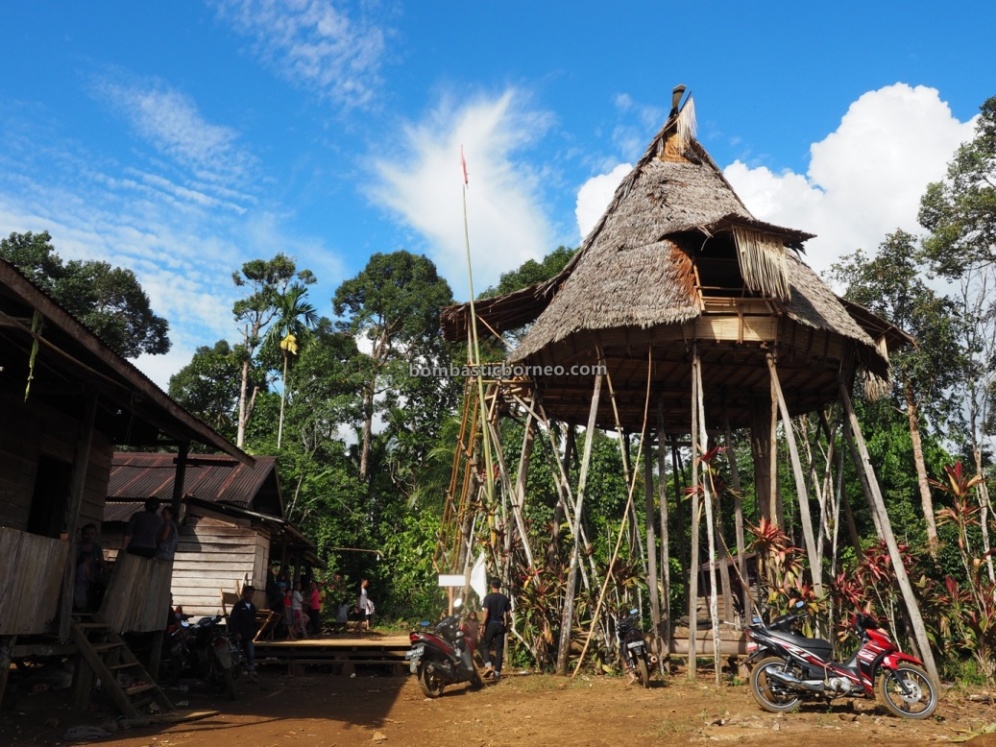 We would like to round up our visit to Rambai here and very pleased to note that it was one of our most exciting Nyobeng trips even though it was impromptu. Definitely, this split away village of Tamong deserves a second visit. 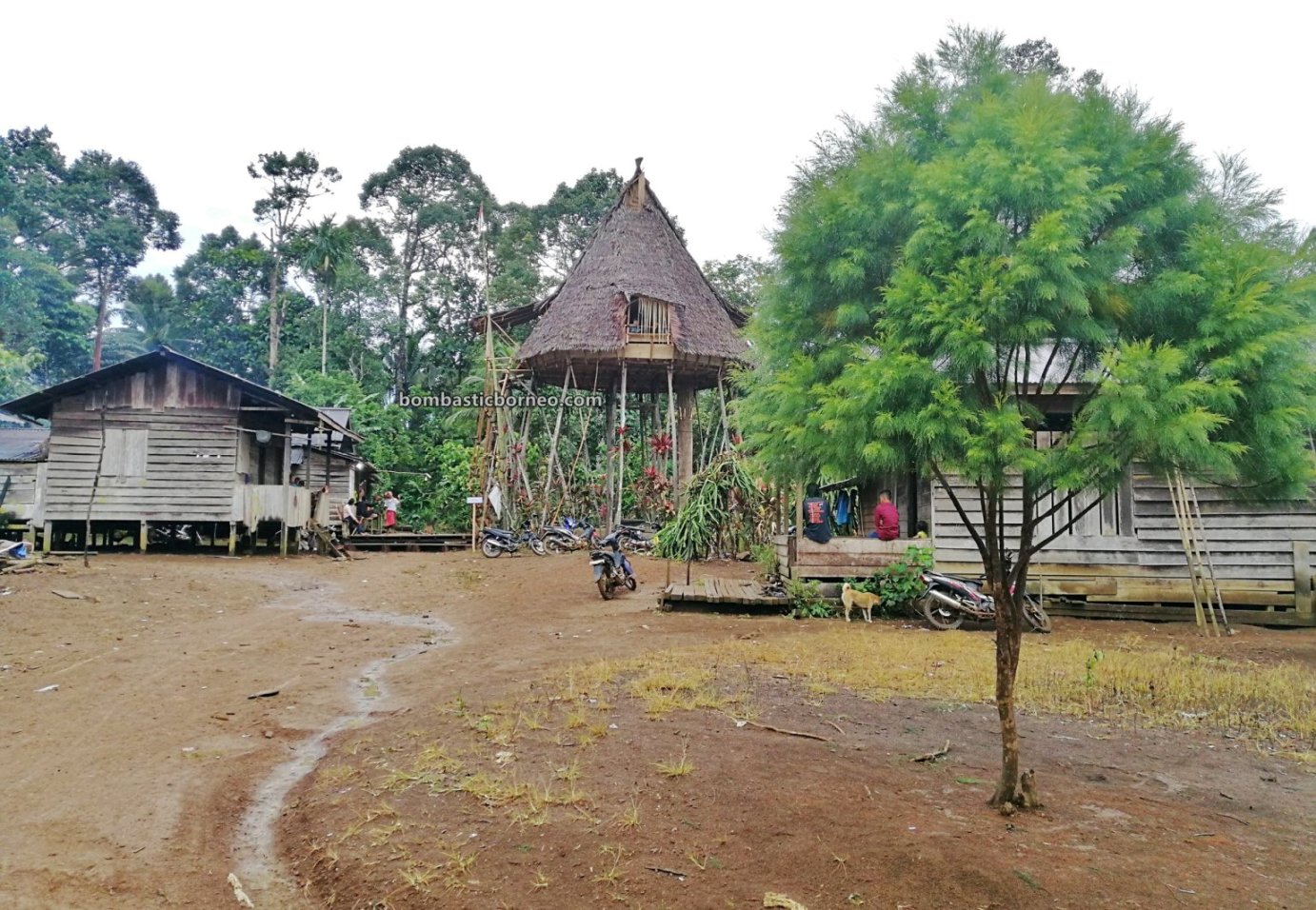 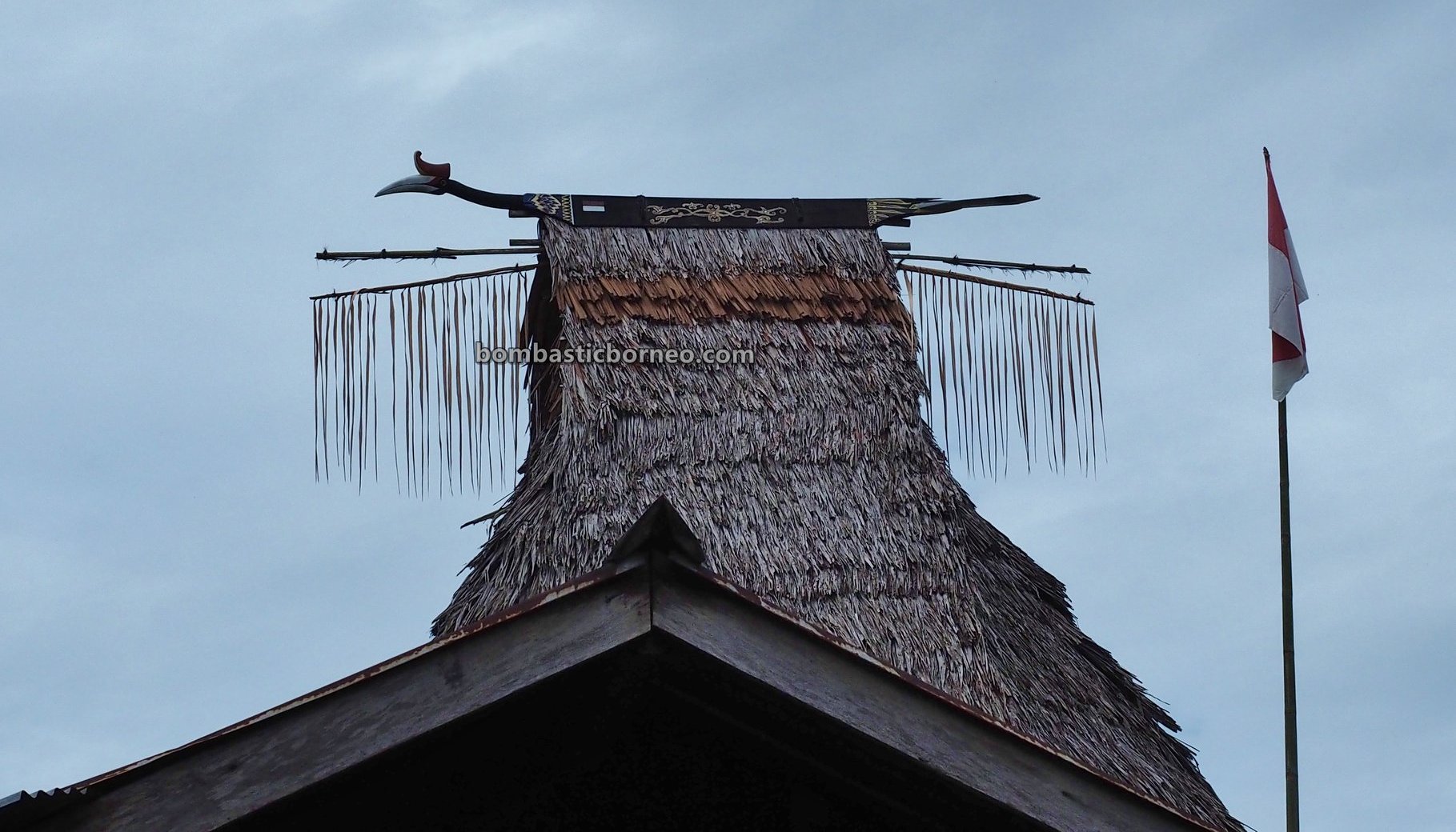 This last album consists of remant photos that we could not slot into the first 3 albums. We decided to post it so you guys won’t miss out on anything. 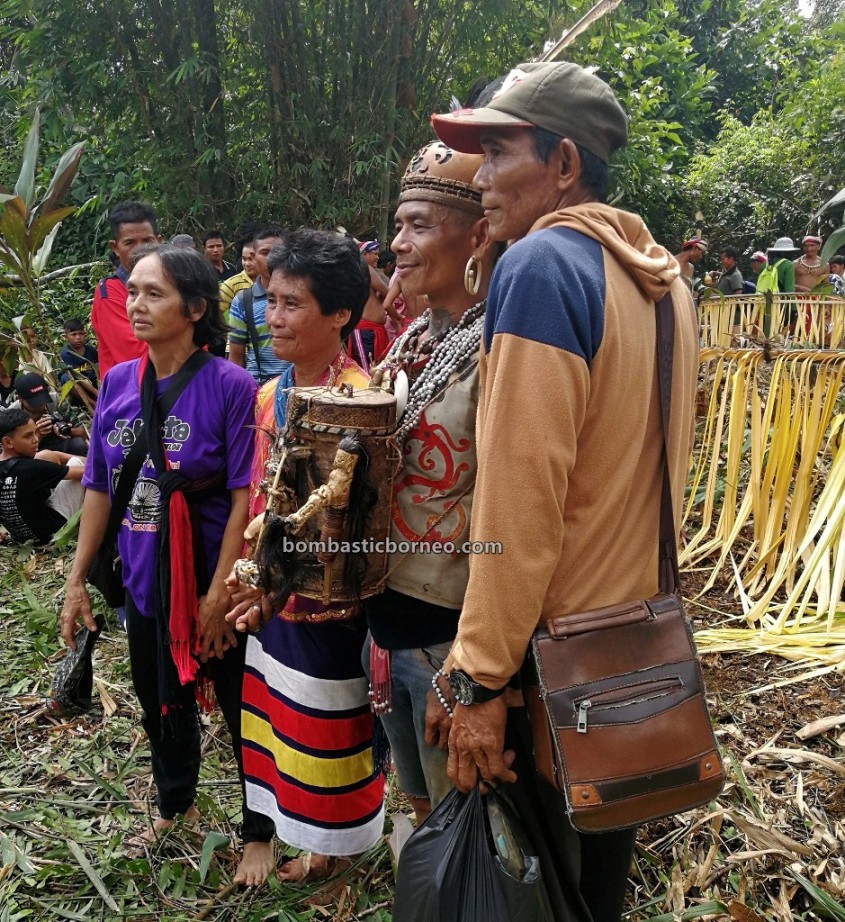 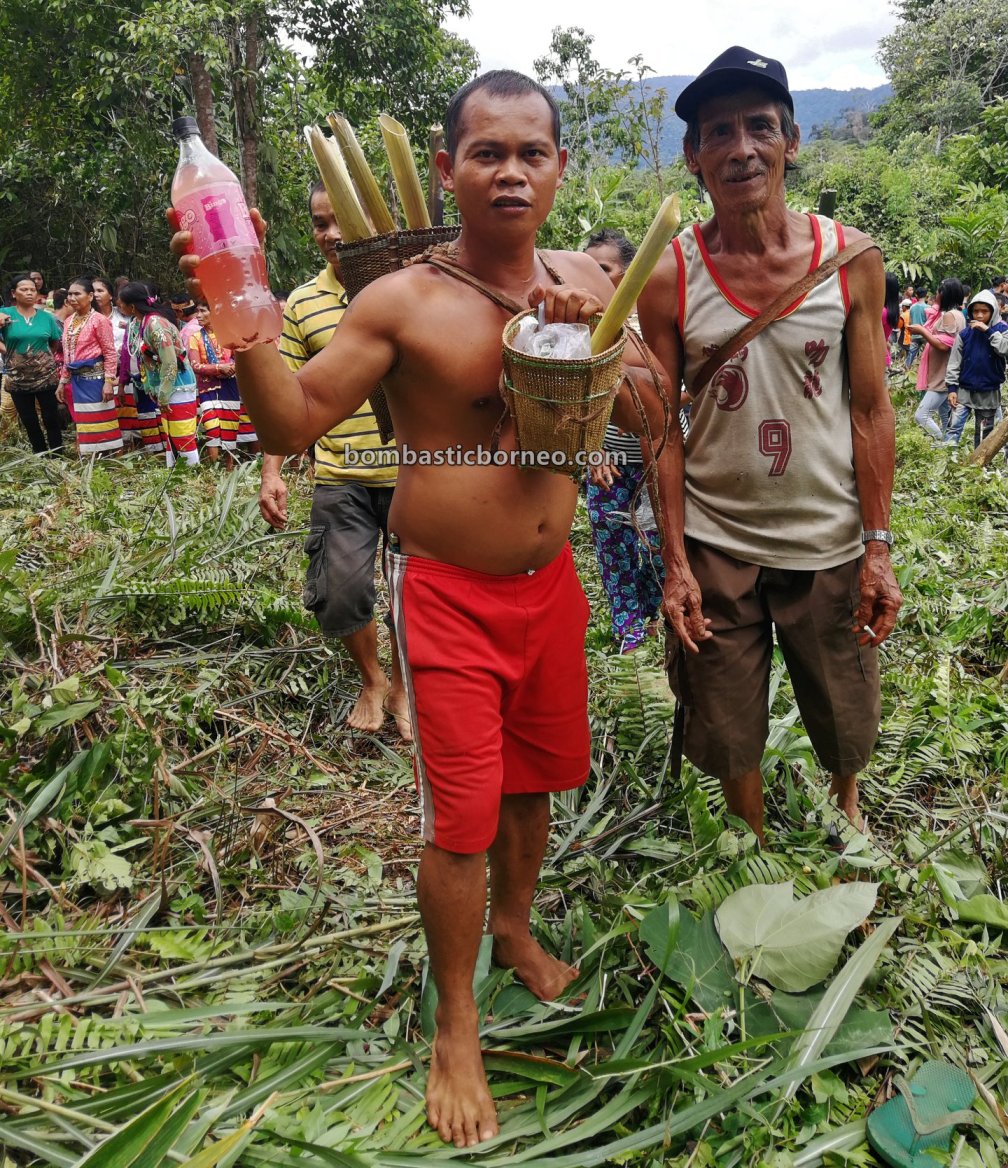 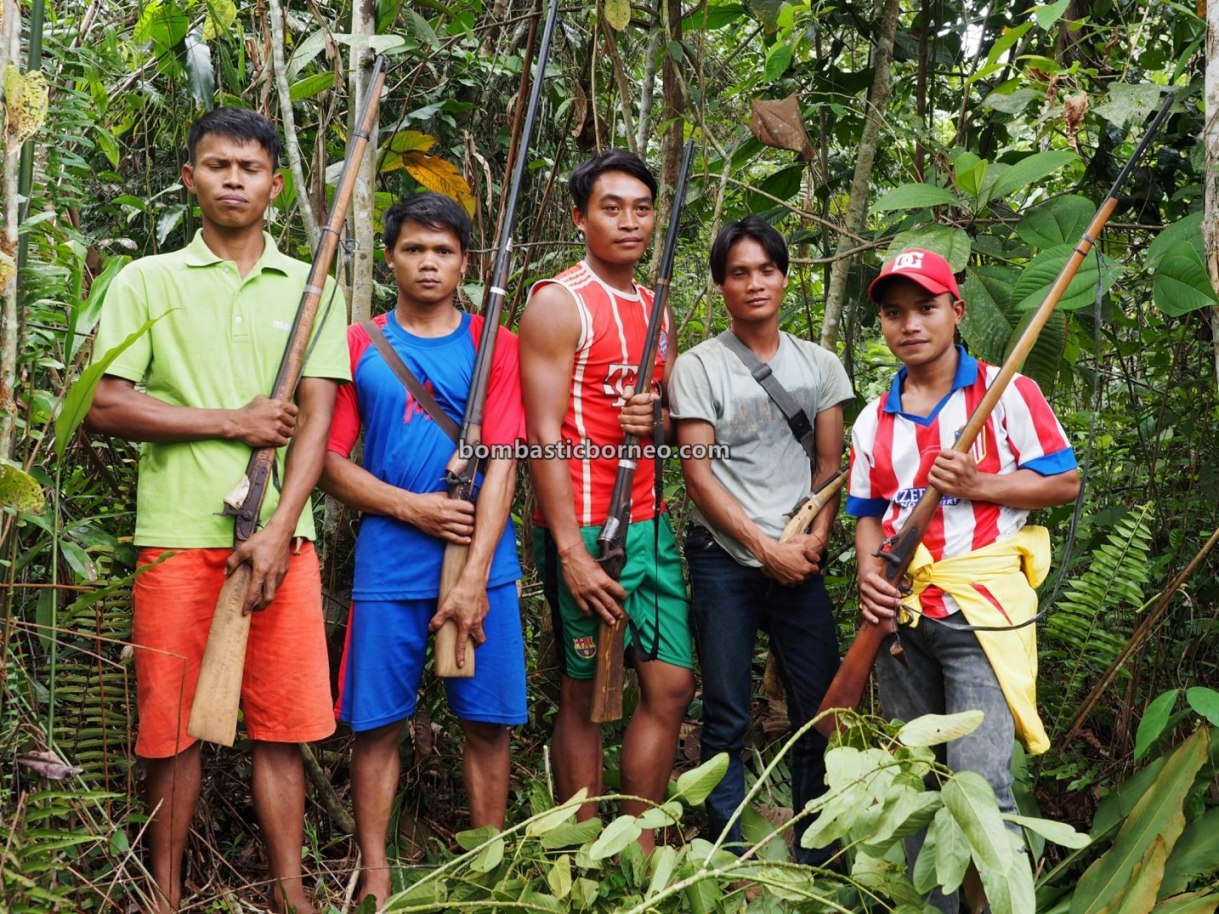 Some of the photos consist of the man’s belt which had quite a number of antique coins from Sarawak during the Brooke era, Dutch coins, Chinese coins and some Straits Settlements ones meaning Malaysian coins under the British rule. 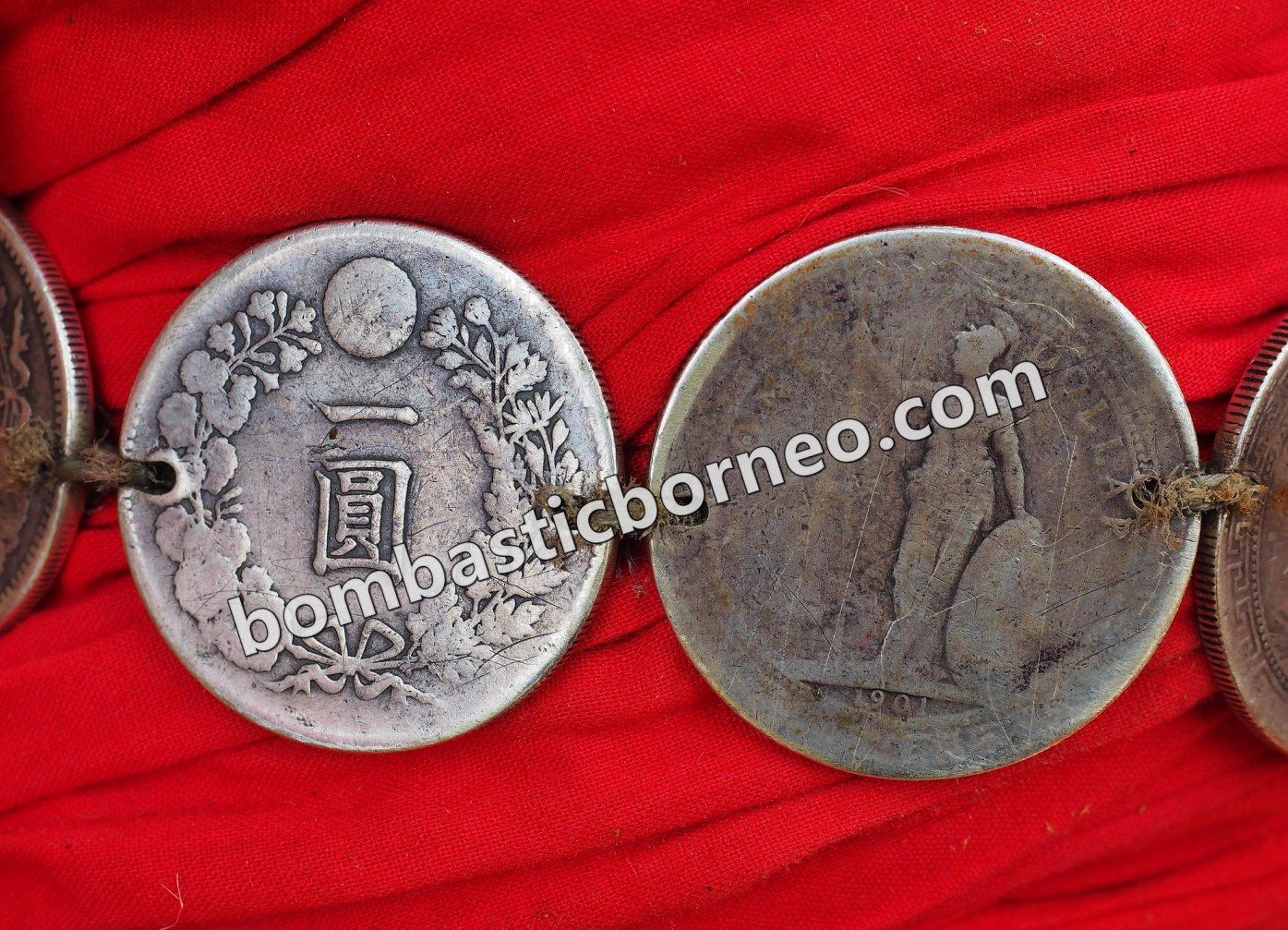 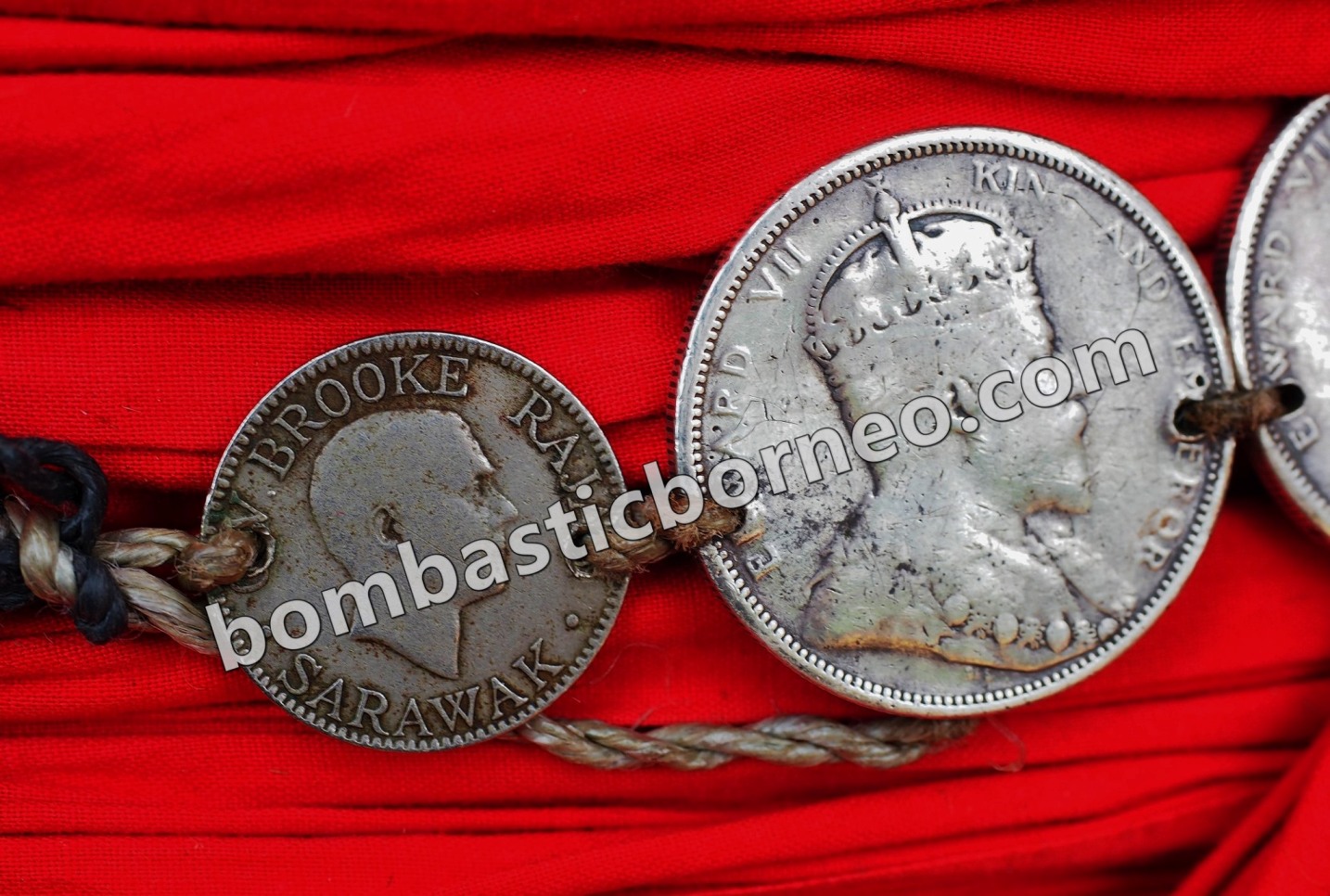 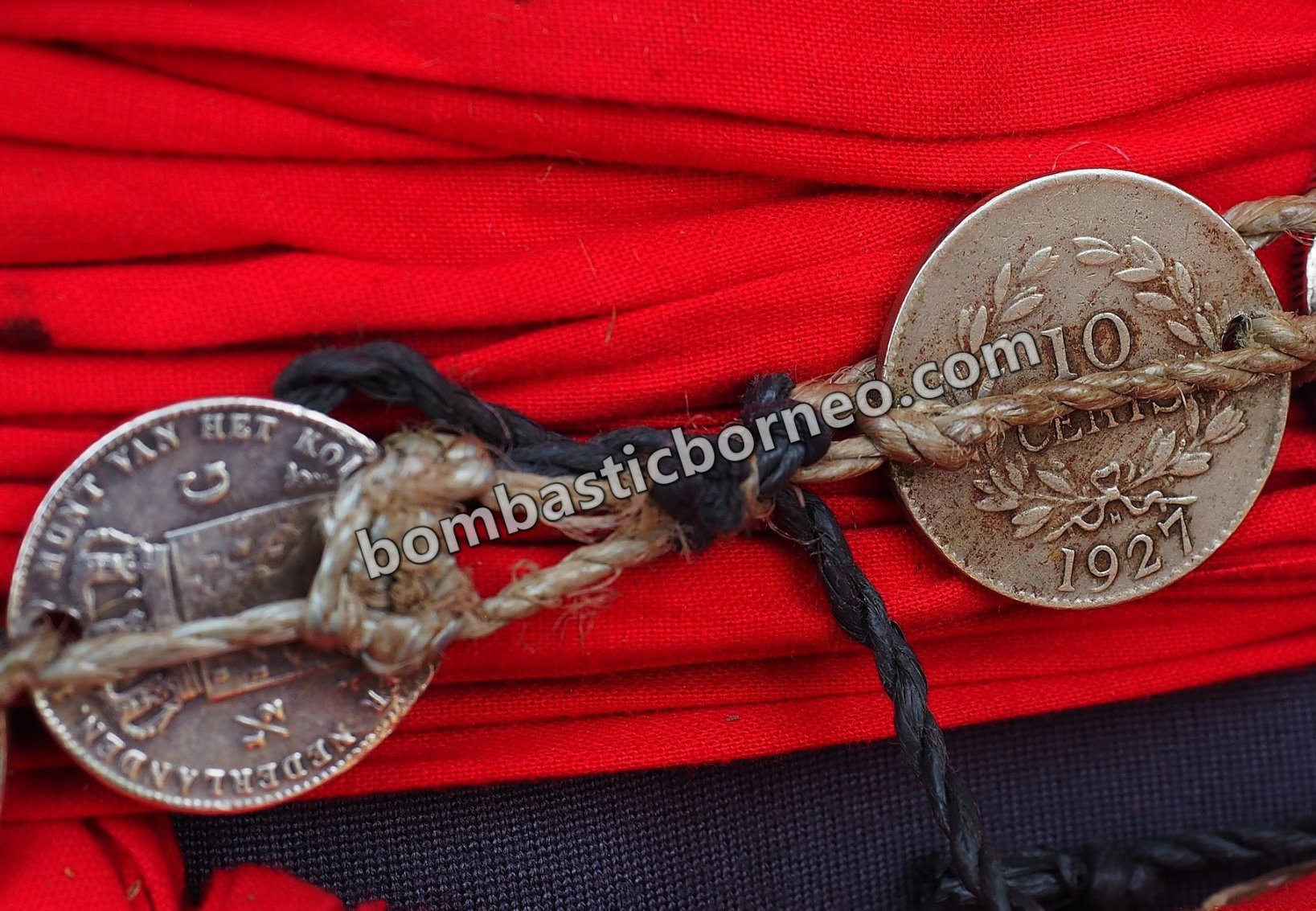 Then there was the controversial helmeted hornbill casque collection in one villager’s home. It was quite upsetting at first sight but the owner was very understanding in how well informed outsiders’ negative feeling towards the dwindling helmeted hornbills in Borneo which he coolly accepted as a matter of fact. He explained that it was a handed down collection from his grandfather since 40 years ago. He himself has never shot another one although he admitted he had tried. 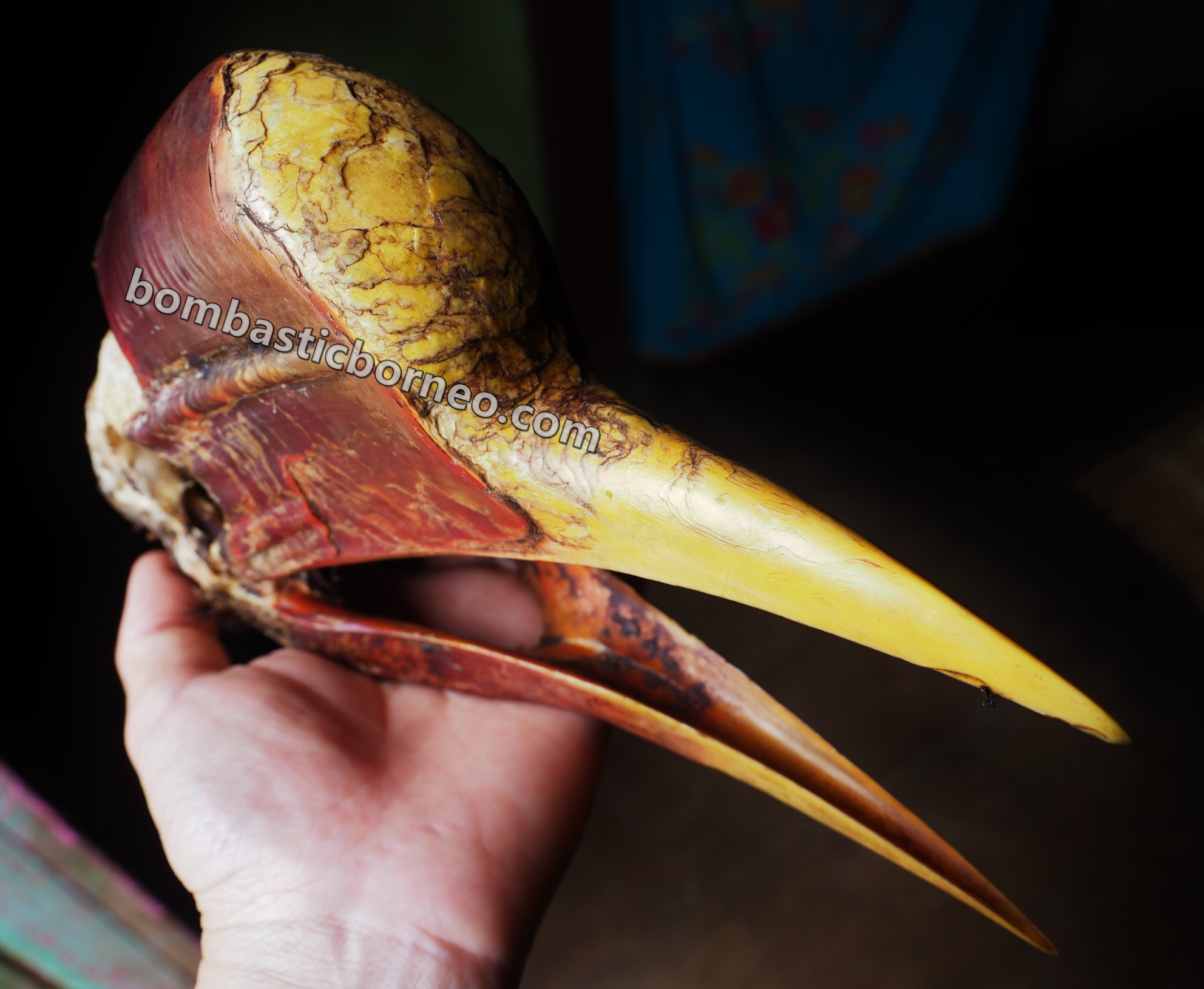 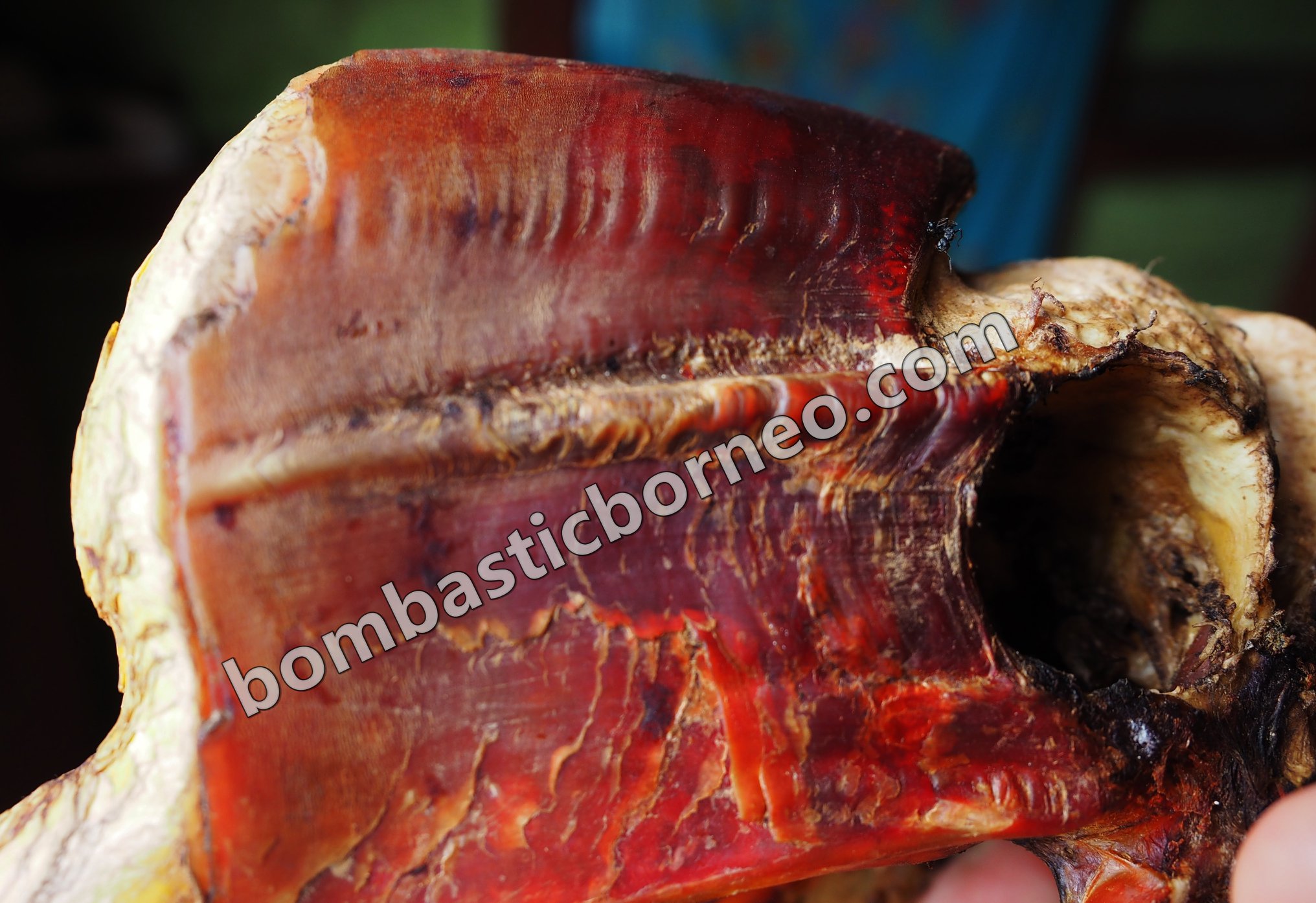 He explained it was indeed very rare to see the helmeted hornbill again. He further explained that to in order to hunt for this almost extinct bird the hunter must first light a cigarette, placed it on a branch and made it as an offering to the kamangs that guarded the jungle. If the hunter got the blessings of the kamangs the bird will fly near to him to be shot at. Not much luck through the years, so it seemed. The colourful keratin casque could fetch a high price in the black market in China. Its tail feathers are extra long compared to the other species of hornbills.

In another house we saw a caged jungle rat that was 3times bigger than the normal rat and looked like a smaller version of a mousedeer.

It was captured with a trap when it was pregnant which explained why there were 2 in the cage. How I wished they could be released back into the jungle.

So guys we have come to the end of our Rambai Nyobeng story. Next………Nyobeng Kambih in Desa Bengawan.