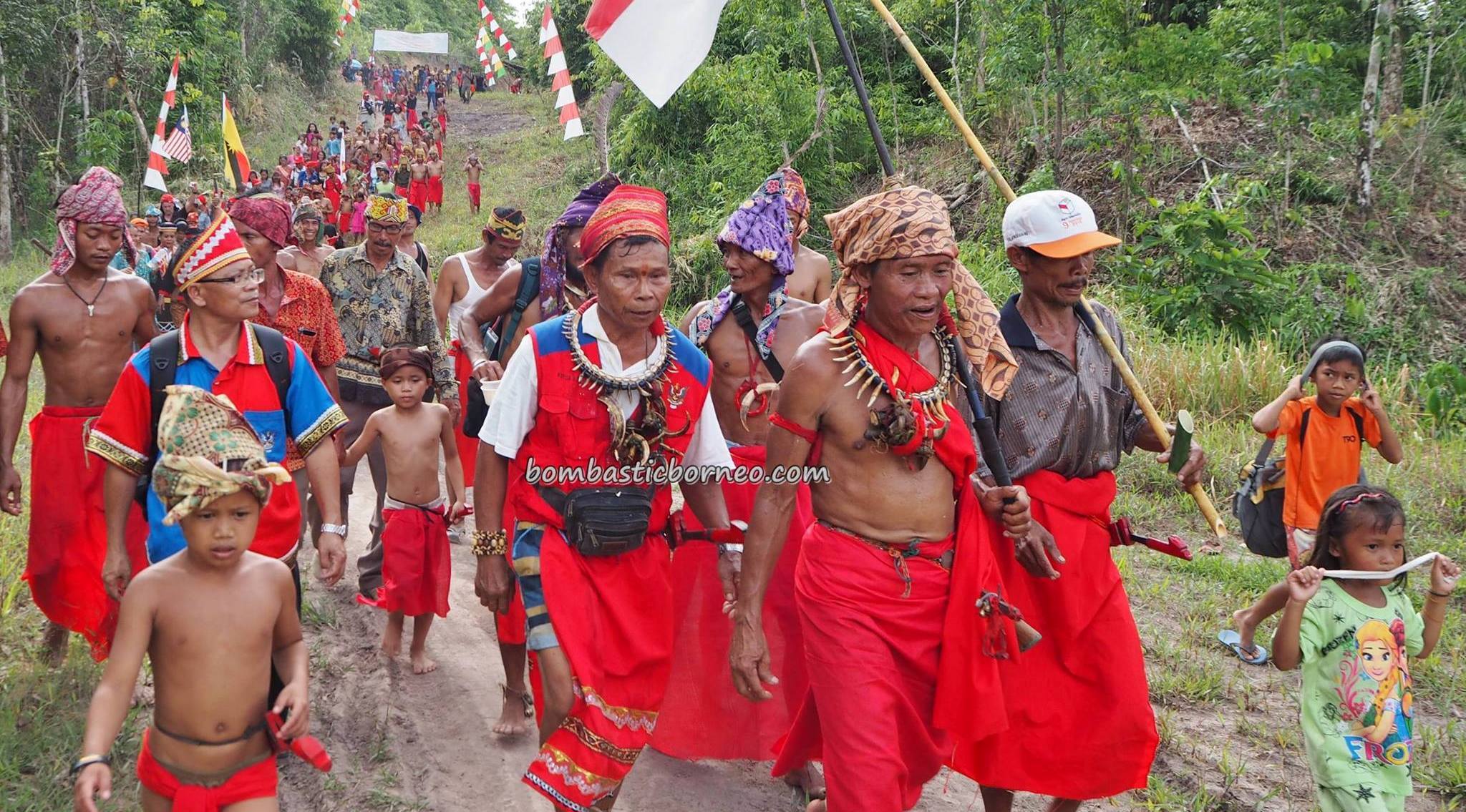 We had been waiting all year for this event and on the 7th June 2017 we finally gathered at Kampung Gumbang at 8am for the start of the 3.5hrs hike into Siding district of Kalimantan Barat. The target twinning village this time was Kampung Kadek in Desa Tangguh a further 20min drive away from the nearest village in Siding. The jungle trail was in a lot worse condition than anticipated and now made redundant by the new road from Siding to Jagoi Babang. Most Siding villagers have chosen to trade at Serikin rather than at Gumbang. With zero maintenance the bridges were either missing or rotting away. The 30 strong group consisted of mostly seasoned participants, an Englishman James and sister team, new and younger faces of Gumbang, 2 West Malaysian Chinese, a local Malay and Kenyah. This transborder event seemed to have attracted more outsiders and foreigners. 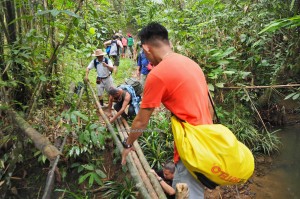 After 3.5hrs we exited Gunung Angas and led by Indonesian security personnel we continued our hike down the new dirt road to Siding village where we would be driven by 4×4 vehicles to Kadek. Two of us chose to take the ojek ride at RM20 each while James and sis tried walking there but was given a lift half way there. It was not easy walking under the hot sun on a dusty dirt road. 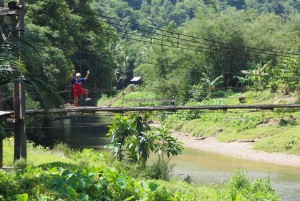 As soon as everyone arrived at the temporary shed about 400m away from Kadek, Gumbang villagers immediately changed to their traditional red attire for the welcoming ritual.

Soon gong sounded from the baruk and the hosts consisting of about 50 came marching up the slope wielding their machetes and yelling their war cries but for a friendly reason. 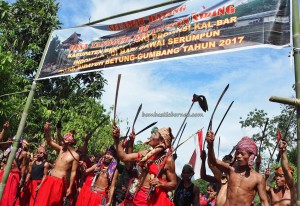 As usual, chicken and puppy was slaughtered before ladies of Kadek offered rice/palm wine and sticky rice to their guests. The same happy atmosphere happened in Gumbang in 2016. 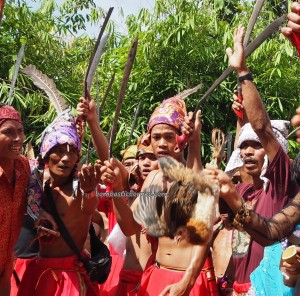 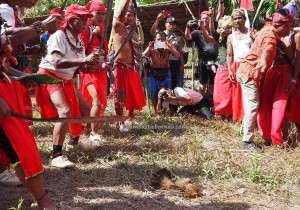 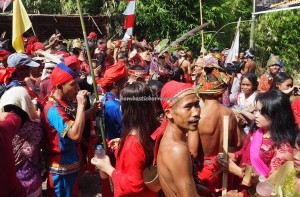 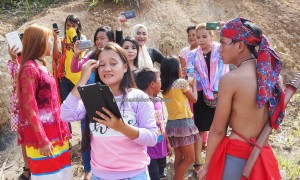 Through the years I have witnessed the same reciprocal celebrations with Gumbang twinning with Sebujit and Senebeh. The merry making continued up to the new baruk with dancing. More wine flowed. Later guests were informed of their allocated hosts and were allowed to take a rest. Next …..event proper 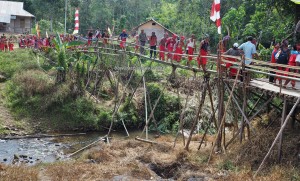 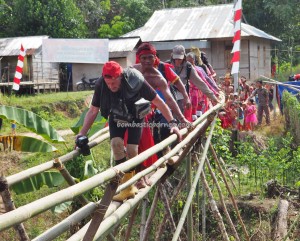 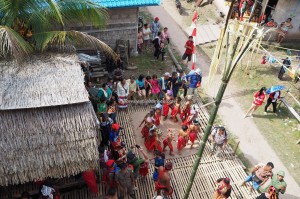 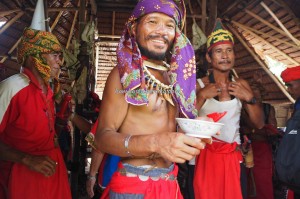 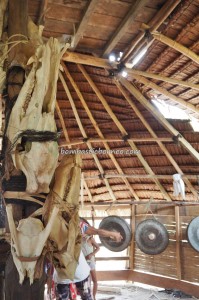