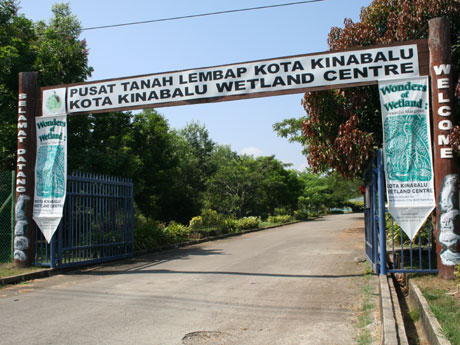 A MANGROVE area in Kota Kinabalu, one of only two wetlands in the world located within a city, is due to get an international recognition by mid 2016. 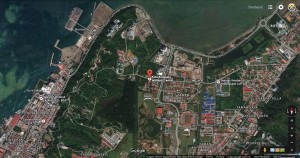 The Malaysian government will declare Kota Kinabalu Wetlands that is located in the heart of the city centre as the country’s seventh Ramsar Site (wetlands deemed important for their economic, cultural, scientific, and recreational values based on the Ramsar Convention).
Natural Resources and Environment Minister Dr Wan Junaidi Tuanku Jaafar said his ministry was now looking into the matter before the 24-hectare mangrove forest conservation area be accorded the Ramsar site status. 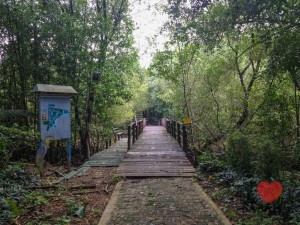 “The Kota Kinabalu Wetlands meets all the criteria to be listed as the Ramsar Site. God willing, in the near future, the government will declare this area as the country’s seventh Ramsar site. Maybe in the next three to four months,” he said.
He also said the Kota Kinabalu Wetlands was unique as it is the only one in the world apart from the one in Tokyo that was located within city limits.
“I am amazed that the mangrove is just 15 minute’s drive from the downtown area,” he said to reporters after officiating the national-level World Wetlands Day 2016 and the A Guide to the Plants of Kota Kinabalu Wetlands book launch, in Kota Kinabalu on Saturday.
Present were Sabah Tourism, Culture and Environment Minister Masidi Manjun and Sabah Wetlands Conservation Society (SWCS) President Zainie Abd Aucasa.
Wan Junaidi said the other Ramsar sites in the country are located at Tasek Bera in Pahang; Tanjung Piai, Pulau Kukup and Sungai Pulai in Johor; Kuching Wetland National Park, Sarawak; and Lower Kinabatangan-Segama Wetlands, Sabah.
In the meantime, Wan Junaidi urged all state governments to preserve and conserve their mangrove swamps, as the area was the habitat and breeding ground for various marine life.
At the event, Wan Junaidi also announced an allocation of RM750,000 to SWCS for the purpose of conservation activities in the Kota Kinabalu Wetlands.
The Sabah state government also contributed RM500,000 to SWCS.