We finally came to the forth day and the end of our CNY holiday in Serian. We checked out from Roxy Hotel at noon and had planned to drop by Kampung Chupak to see if harvesting was still going on. I could see the looming darks clouds ahead but felt quite sure they will pass by the time we arrived at Chupak. As we drove into Skuduk, light drizzle started to fall. I noticed most of the fields at Skuduk had been harvested. We continued on to Chupak to chat with Mrs Kimi while waiting for the drizzle to stop. 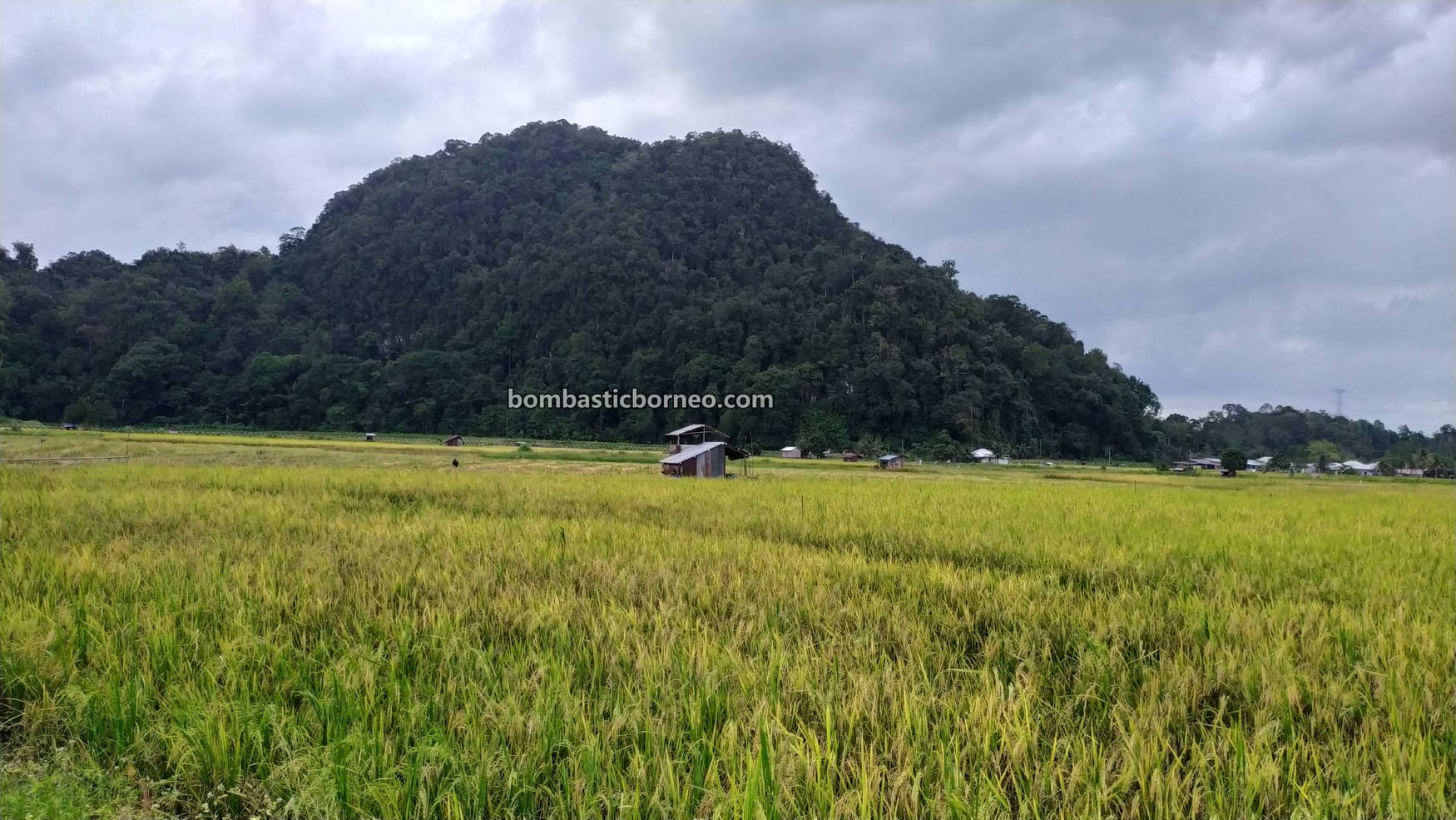 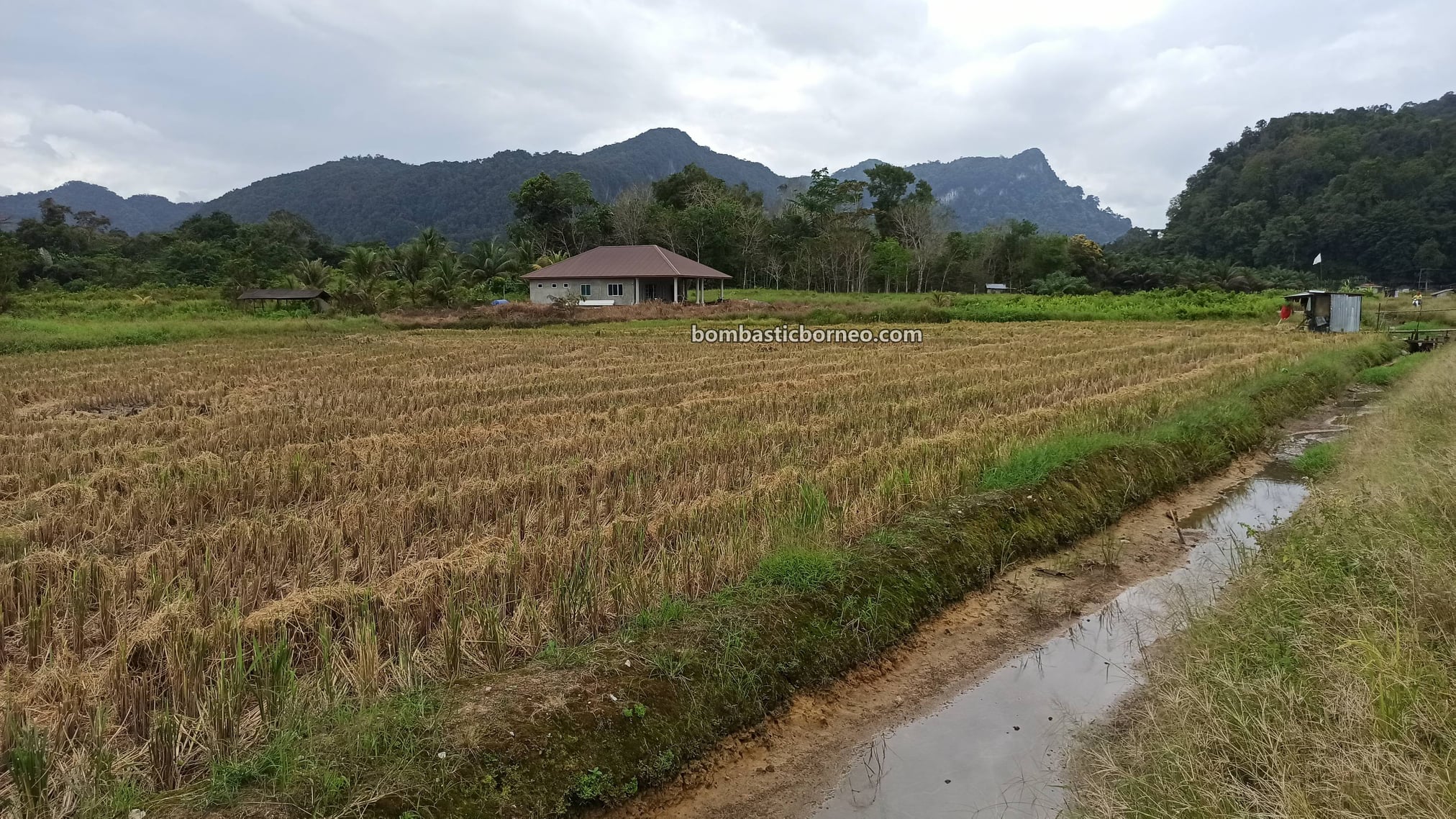 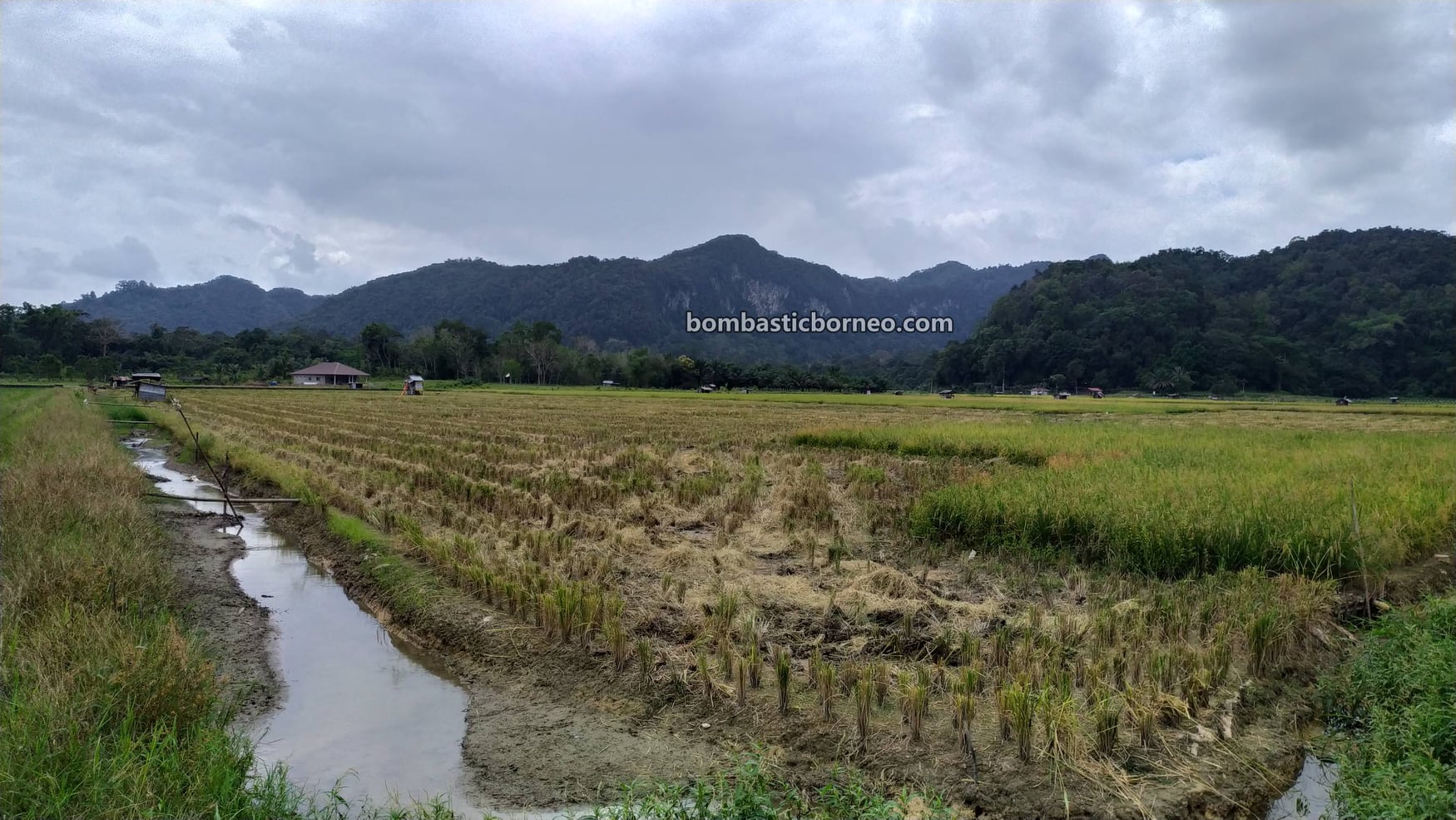 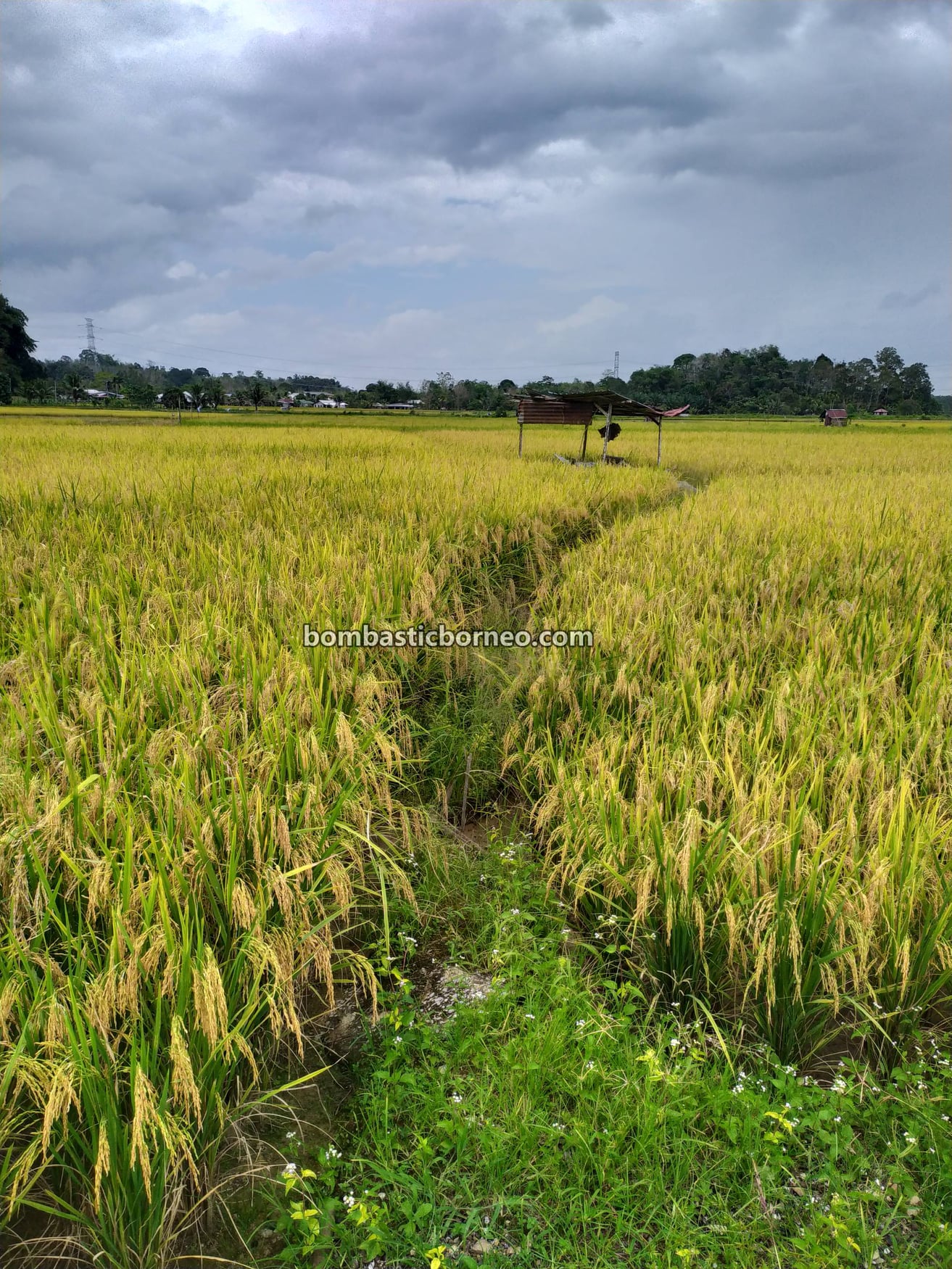 After an hour, the sun came out again. Then the driver of the harvesting machine drove past Kimi’s house on his bike and gave a little honk to indicate he was going to start his machine anytime soon. That was when Mrs Kimi reminded us to get ready our drone for the aerial shoot. Mei Er covered the ground shooting while me on the drone. 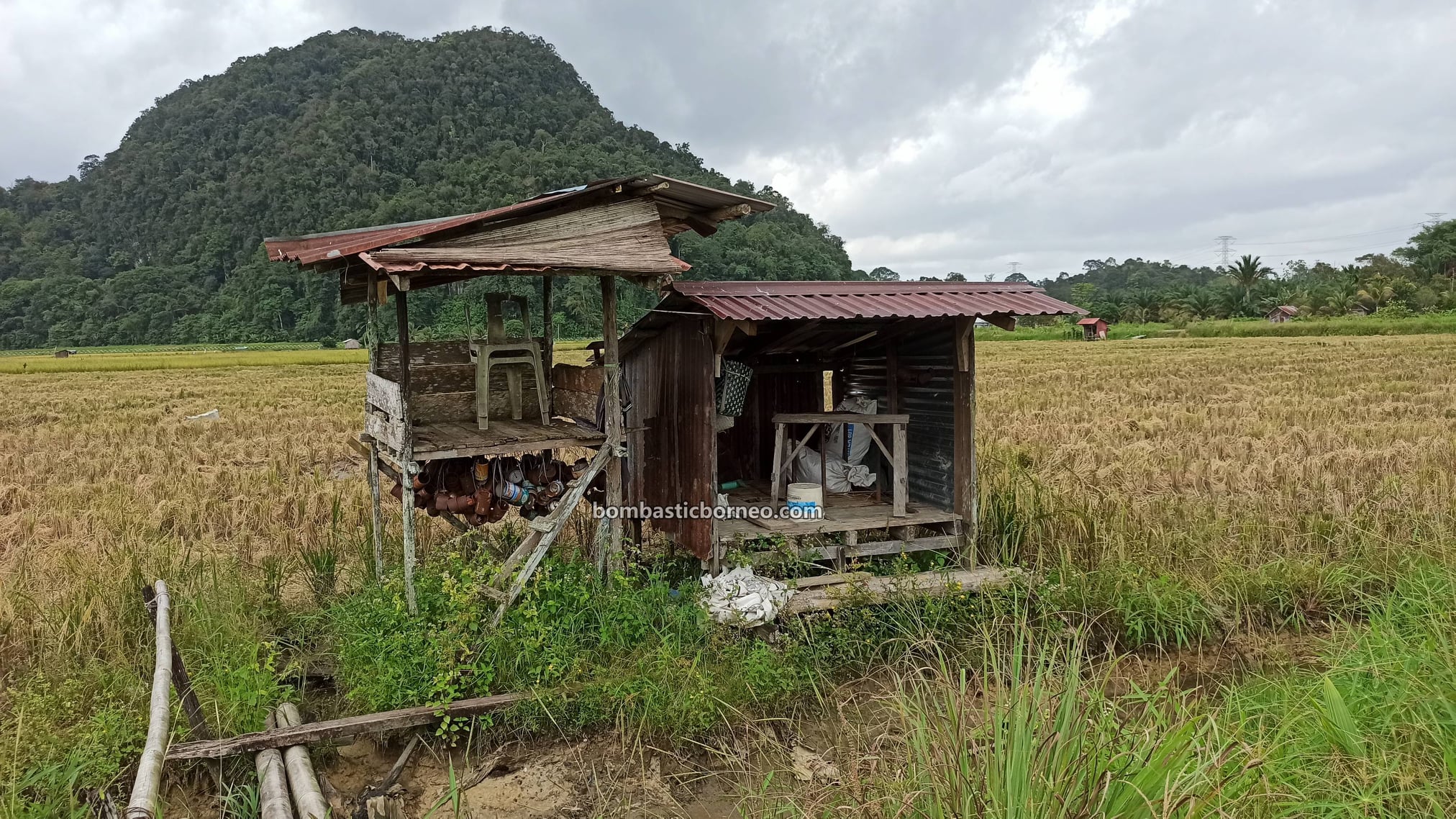 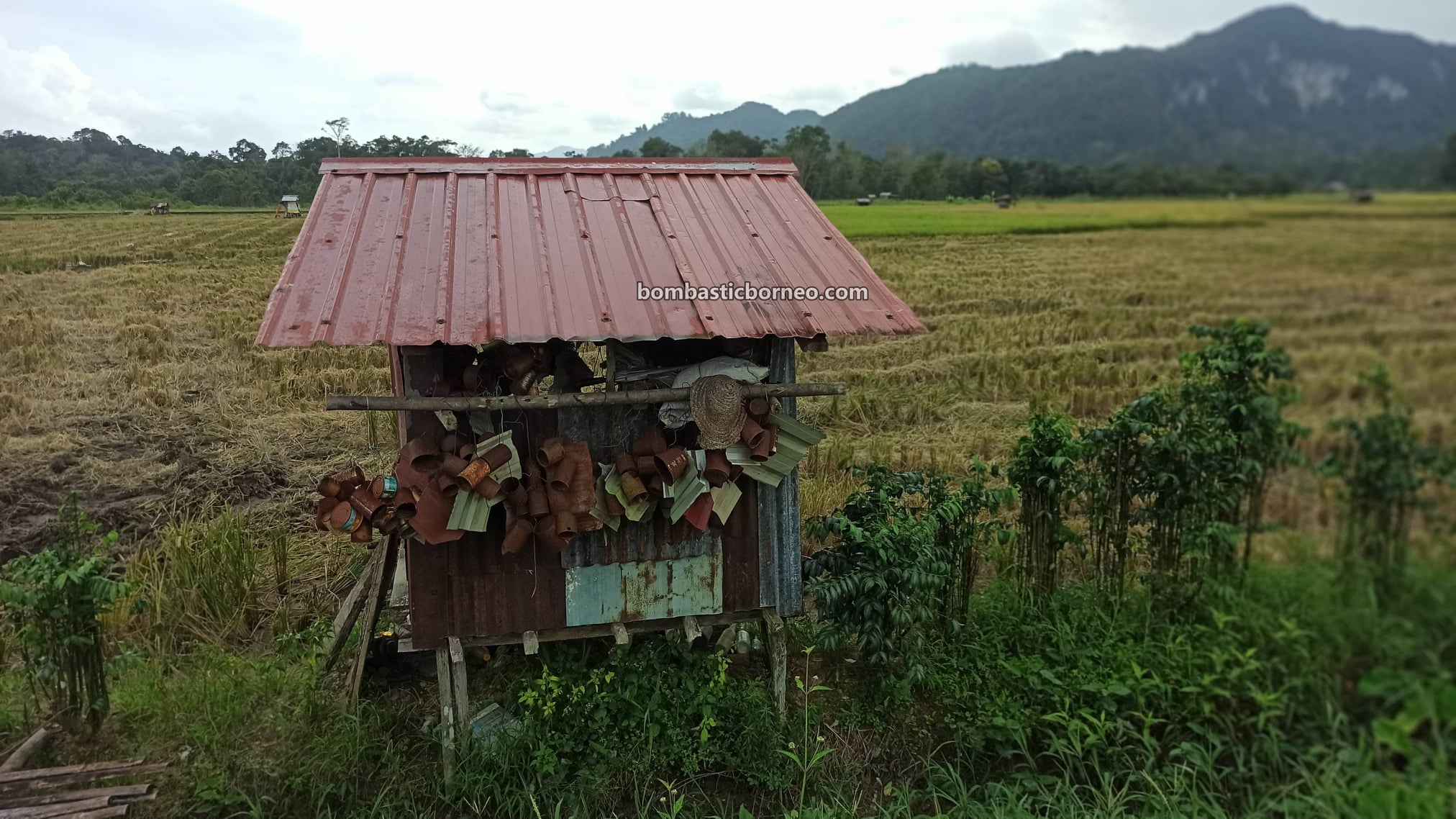 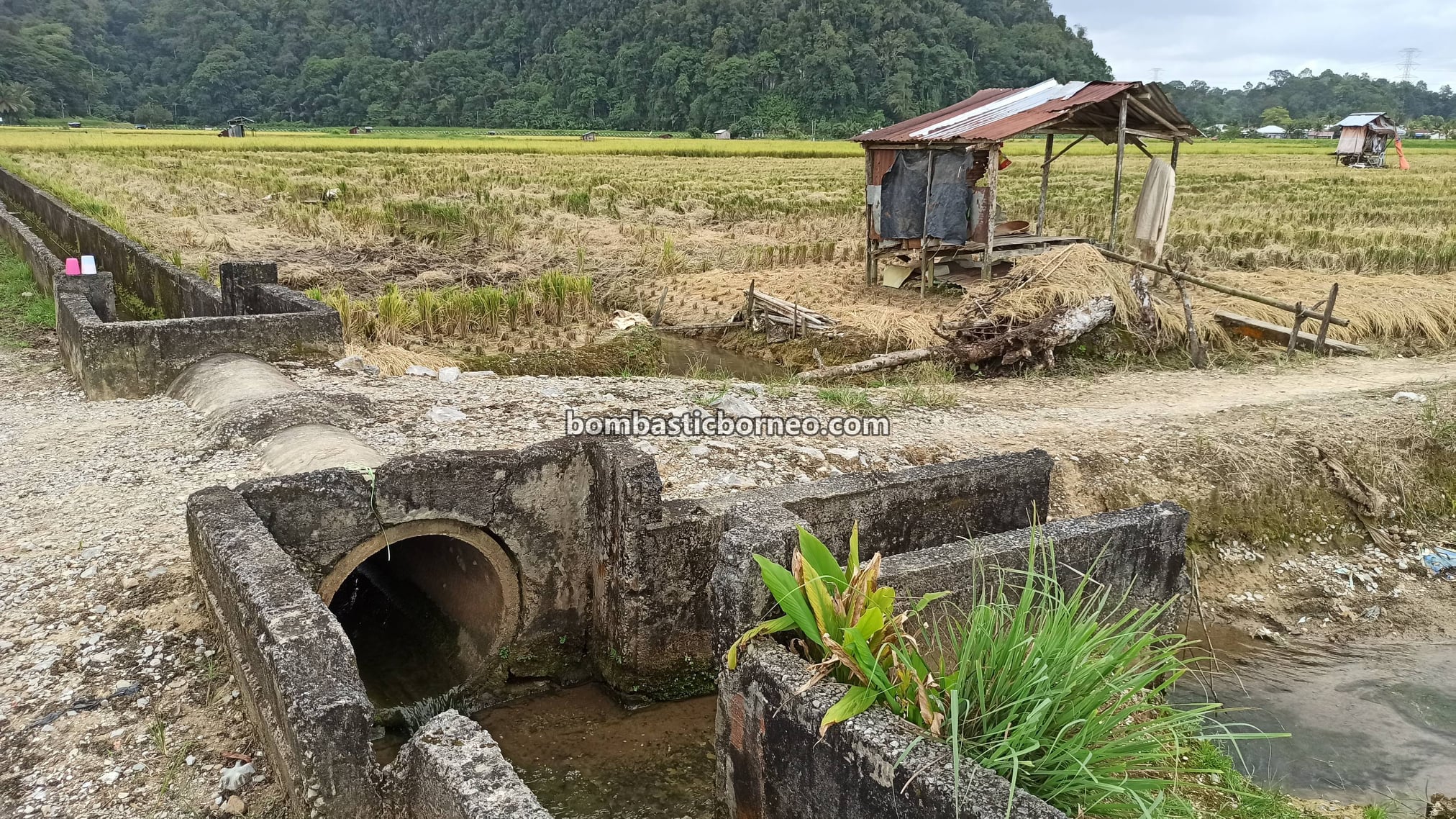 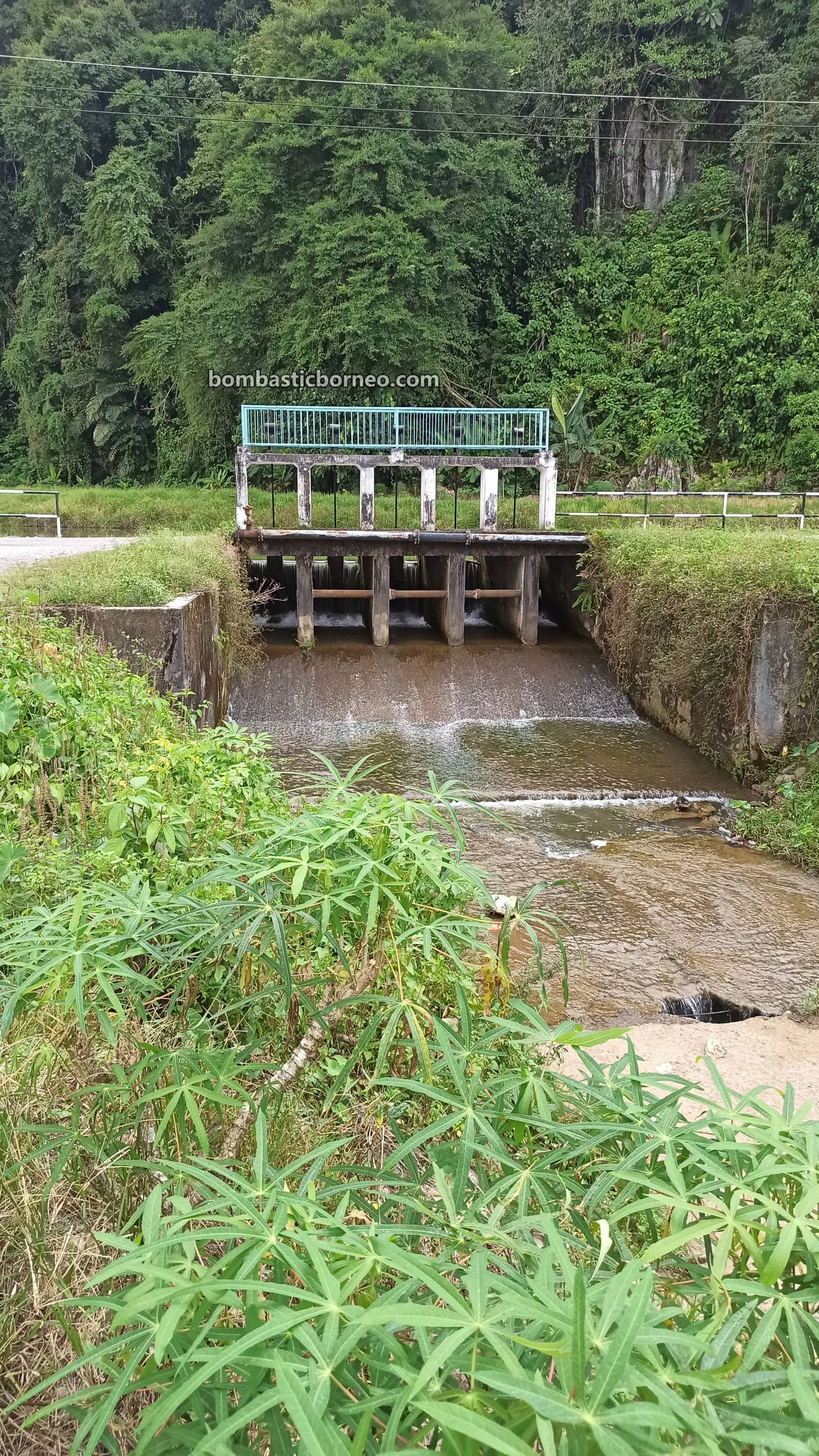 Suddenly, about 20 motorbikes came alive and started moving towards the plot where the harvesting was to be done that afternoon. Every biker knew exactly what to do while we were still trying to figure how these bikes came into the picture. How would they fit in? I have always known harvesting was a communal thing among the Dayaks in a ‘traditional set up’ but this was with a very modern Kubota, cutting, threshing and sacking all processes done with a machine. It was our first experience and was surprised to notice how much time and manual labour it saved these farmers.

After about 20 min of mowing through the plot, the Kubota harvester returned to the plot owner’s farmhouse to unload the fresh grains into waiting sacks, tied and heaved onto the backseats of the long line of waiting bikes. Ah ha! So that is where the bikes come in. Very interesting variation indeed. 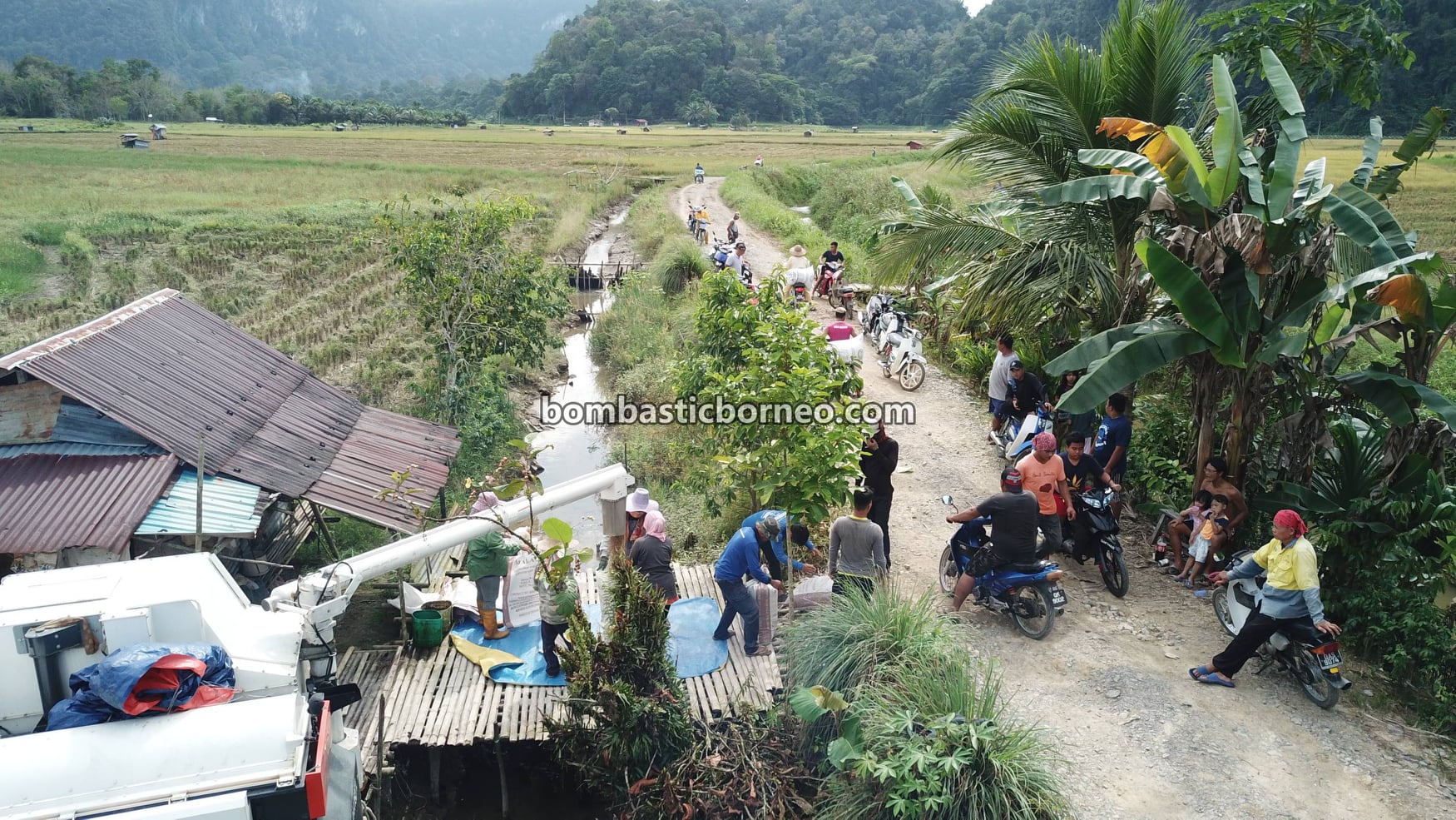 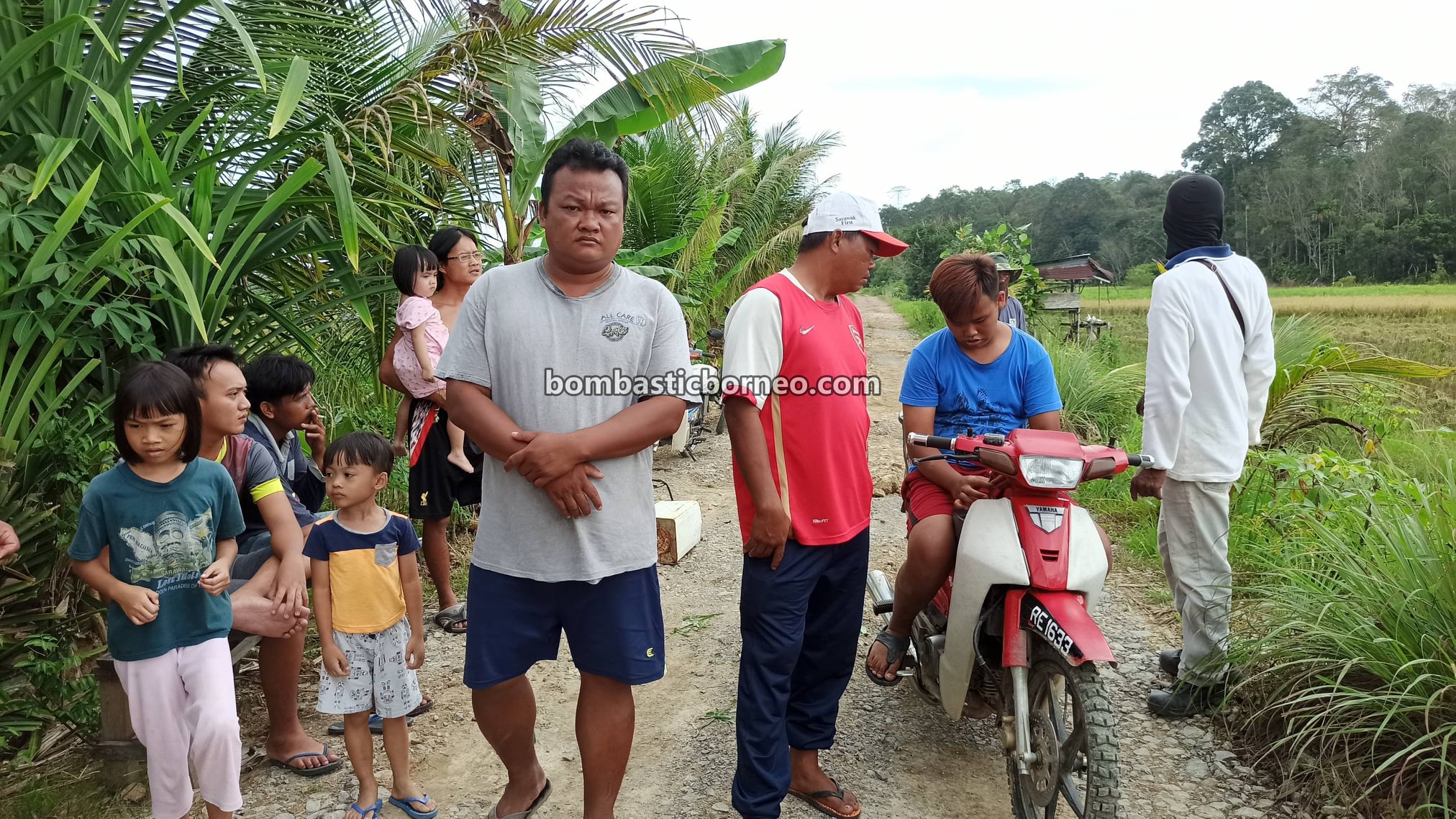 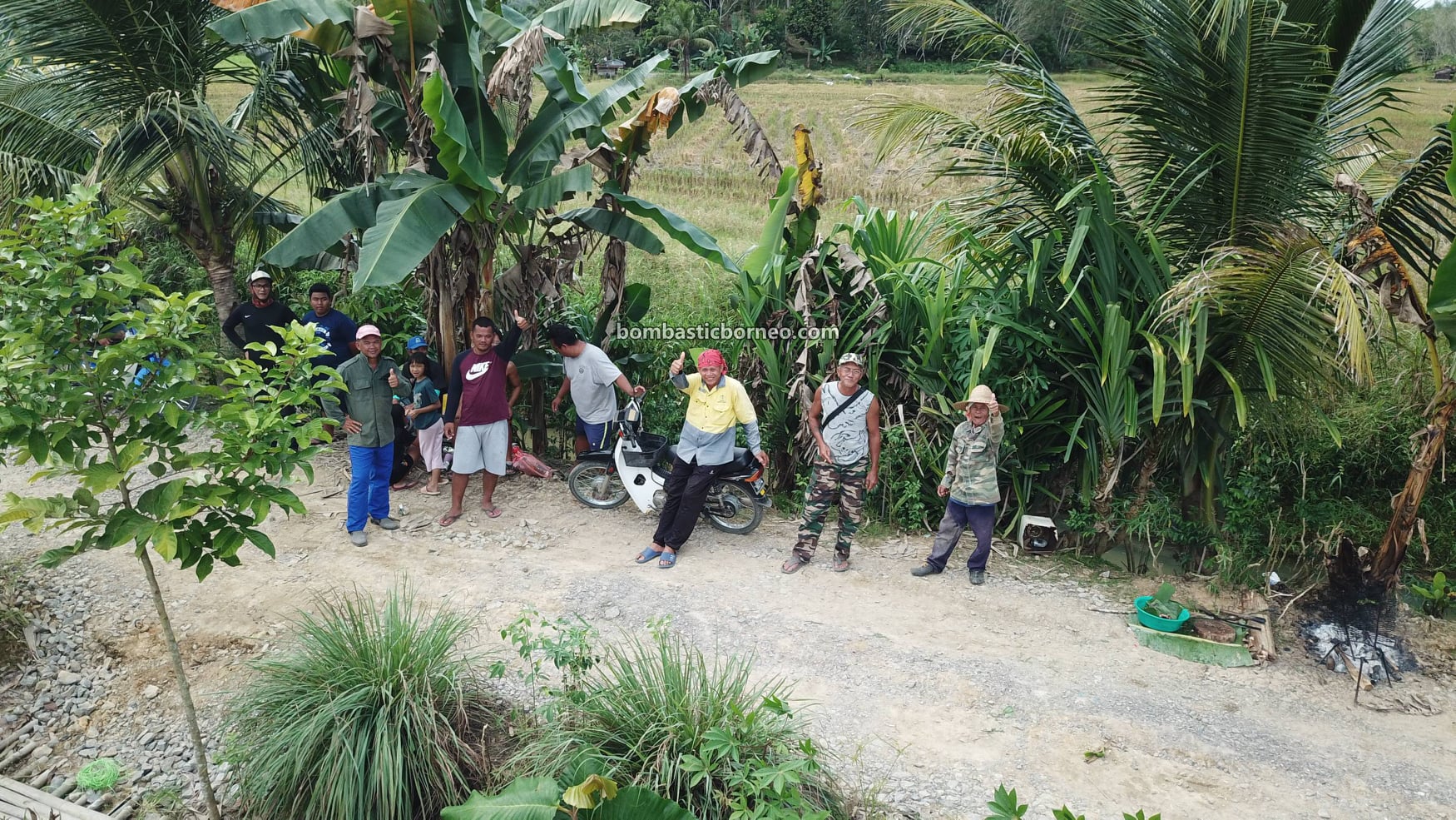 These bikes made about three trips each and meanwhile another group of villagers including kids were busy firing up the marinated chicken and pork over a simple BBQ pit. Canned beers were passed around. Simple celebration for the day and I believed that was the wage for each of the biker transporting the rice back to the house of the owner of the paddy plot. Gotong royong spirit is still in practice here despite all the modernization. Soon the real big celebration will happen on 1st and 2nd of June in the case of Sarawak.

Before we left Chupak for the city, I enquired from a senior villager about the technique of random spray sowing practised by Kimi and some of his fellow villagers here, he said the yield was usually about double that of conventional row by row sowing. I finally got the answer to the question I longed to ask. There you are Kimi, good for you. Wishing you all a great Gawai.