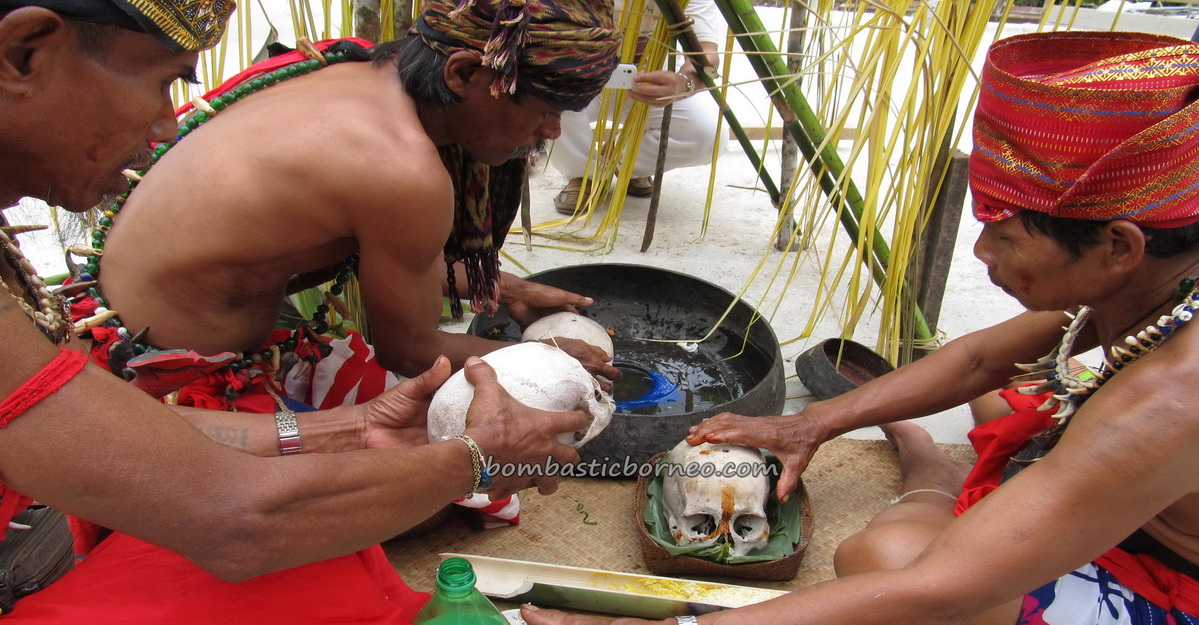 An ancient practice of the Bidayuhs in the Land of the Headhunters, ‘nyobang’. It is a ritual of appeasing the spirits (of the heads taken) where the skulls are bathed with coconut water and fed with food and tuak. Rare occasion indeed and probably not done and seen in a century. But surprisingly, a month ago near the village of Krokong, Bau, we were treated to this rare but not forgotten ceremony. All thanks to Dr Patau Rubis and his invitation. It was a 2D1N event with the highlight only on the second day which consisted of the bathing and feeding of the the 12 skulls, chicken sacrifice, pig sacrifice and ended with the healing session performed by shaman Apak of Padang Pan. 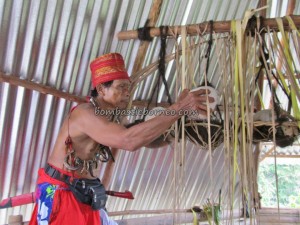 Joining us to witness all these was Ms Sapphire Brewer an English medium who is also a ‘new age shaman’ or spiritual healer. She flew in from Thailand once she got word that this ceremony was going to be held. Interestingly, Sapphire noted that of the 12 skulls only 10 spirits were present. Probably the other 2 have accepted their fates and moved on to the next level. According to Sapphire, she did asked the remaining spirits if they would like to be sent to ‘the light’ so they too could move on but surprisingly they decided to stay put saying they had ‘unfinished business’. Personally, that’s scary. This could mean vengeance is still in their agenda and that regular sacrifice will have to be performed otherwise they could inflict damage to the villagers. Logically speaking, if I was the spirit who was beheaded I would be really pissed too. I do believe such spirits can cause harm to the descendants of those who beheaded them as a matter of vengeance. Some Taoist and Hindu monks can ‘forced’ such spirits to be reborn or even banished them. A Muslim friend of mine can even ‘shoot’ with his third eye like a lazer gun. Buddhist monks use a gentler approach through mantra chanting to soften the hearts of such bodiless souls so they can accept the futility of staying on, a realm of neither here nor there. Reentering the cycle of Saṃsāra can at least offer a chance of salvation.

Dr Patau told us of how he was forced into the reviving of nyobang when his fellow villagers were struck with continuous unexplainable deaths. He had to hastily build the baruk (skull house) to reinstate the skulls which were left abandoned at the cemetery. Since the first nyobang last year such deaths have stopped. Dr Patau have decided to carry on his forefathers’ practice and make it a yearly affair. See you guys next year on 27-28 Feb 2015. 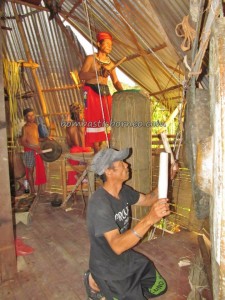 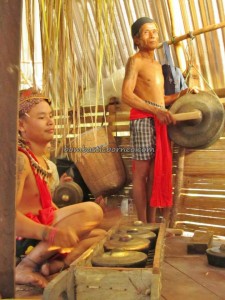 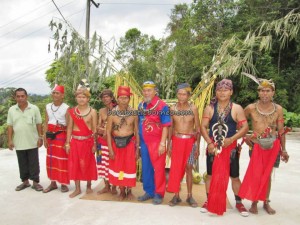 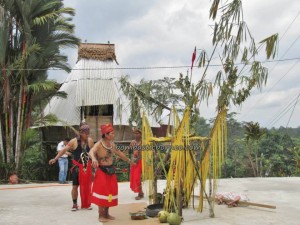 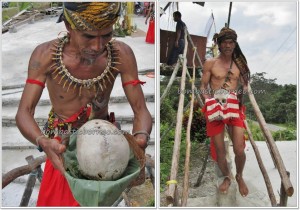 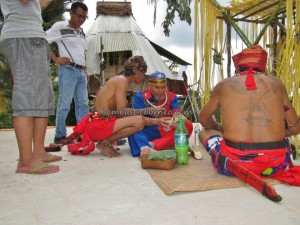 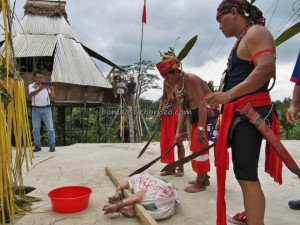 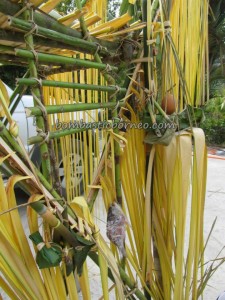 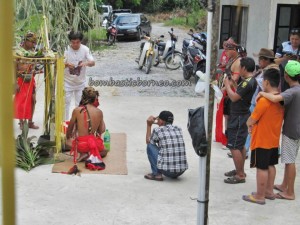