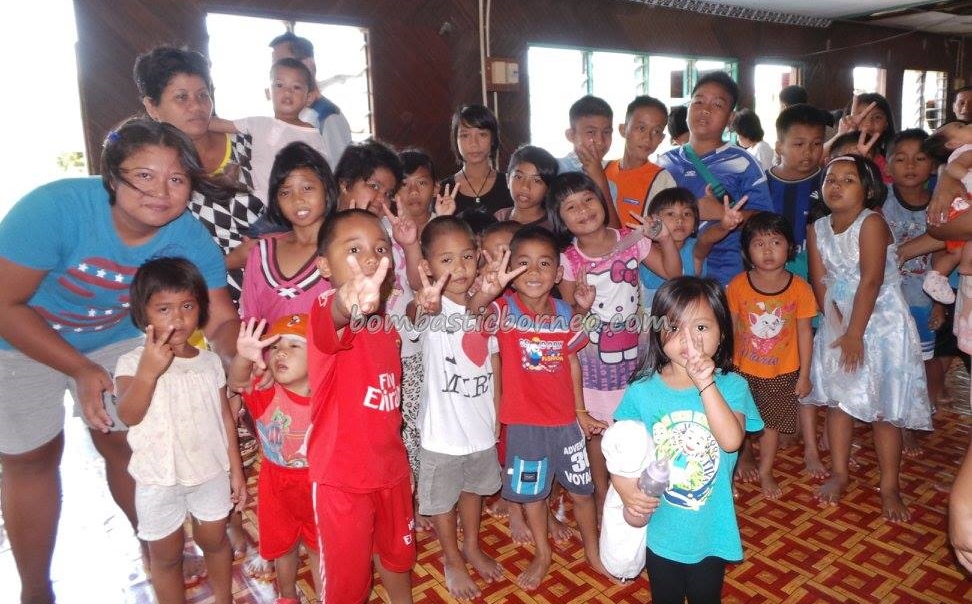 Tuba folks sure wake up early. When in Iban territory, late sleepers don’t last long. Their prized ‘manok sabung’ or game fowls will make sure you rise before the sun does. Despite the banning of cock fighting in Sarawak more than 4 decades ago, this popular Iban pastime is still very much alive in the villages. These proud and handsome cocks like to make their presence felt first thing in the morning with their notorious crowing.

While the team of kitchen experts got busy preparing breakfast/brunch, some of us took a stroll (my 3rd) round the village.

As I explored more I noticed more things which I missed out the day before. Among them interesting plants, a dug out lovely belian boat and the one and only 6m tall stilted pigsty. That must be some classy pigs going only for high rise apartment. 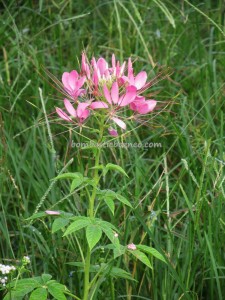 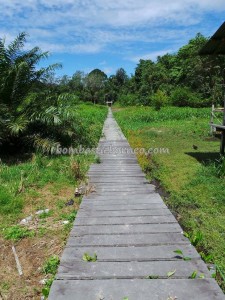 The morning session was pretty short with just a handful of patients to take care of. Goody bags and soft toys prepared by Eda the hairtstylist and her team were distributed to the screaming kids. A very noisy but happy occasion. There was a surplus of goody bags so Charlie and the team moved on to the other neighbouring longhouses to make the kids there happy too. Thumbs up to Eda & the Gang. 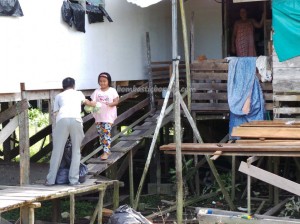 As a parting favour to Tuba folks so they could help themselves, I gave a demonstration on how to make their own tapping tool from bamboo. Hopefully on the next trip I can impart more knowledge to those who are keen to learn more about The Magic Bamboo healing technique.

Time to pack up and hit the waterfall. The second day’s weather was such a big contrast to the day before. It was hot, sunny with blue skies. We bade our farewells to our lovely host, the residents of Rumah Ngumbang for such a memorable mission. 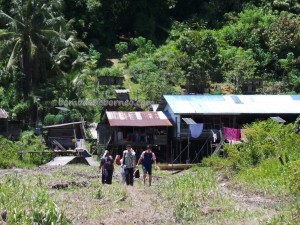 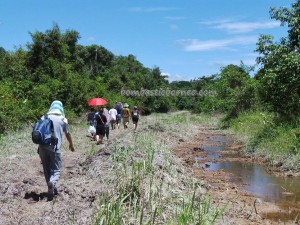 Tuai Rumah or Headman Ngumbang personally came with the convoy to the waterfall. Unfortunately, the waterfall was not as impressive as I had hoped for. With all the erosion from tree cutting and oil palm planting, the river was heavily silted. Oh well, that is the price of development. Some of us had a quickie dip anyway before doing the 20min hike back to the car. One final goodbye and we parted ways. 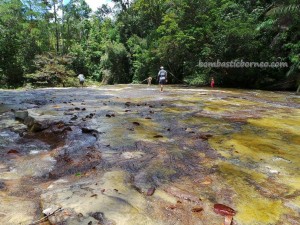 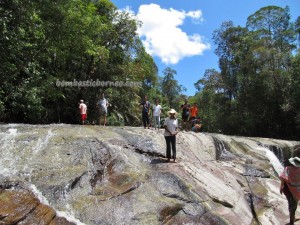 Thankful for a trip to a village that could have been wiped out from the surface of the earth had it not been for Tuai Rumah Ngumbang and his fellow villagers winning a legal stand off with the government because someone up there was eyeing their rocky hills to turn it into a private quarry. As usual that “someone’s” modus operandi would be to earmark the whole area for ‘national park’ development as a decoy to dislodge these villages. Luckily, our courts restored our trust in humanity. The government have since lost numerous cases of similar ‘land grabbing’ in Sarawak under the veil of dams and national parks. Thanks to that victory the continued existence of Tuba was restored and our visit made possible. Special thanks again to all volunteers and villagers of Rumah Ngumbang who helped. A very Merry Gawai to all. Cheers…….oooooooooh HA!

Also please check out our posts on Day 1