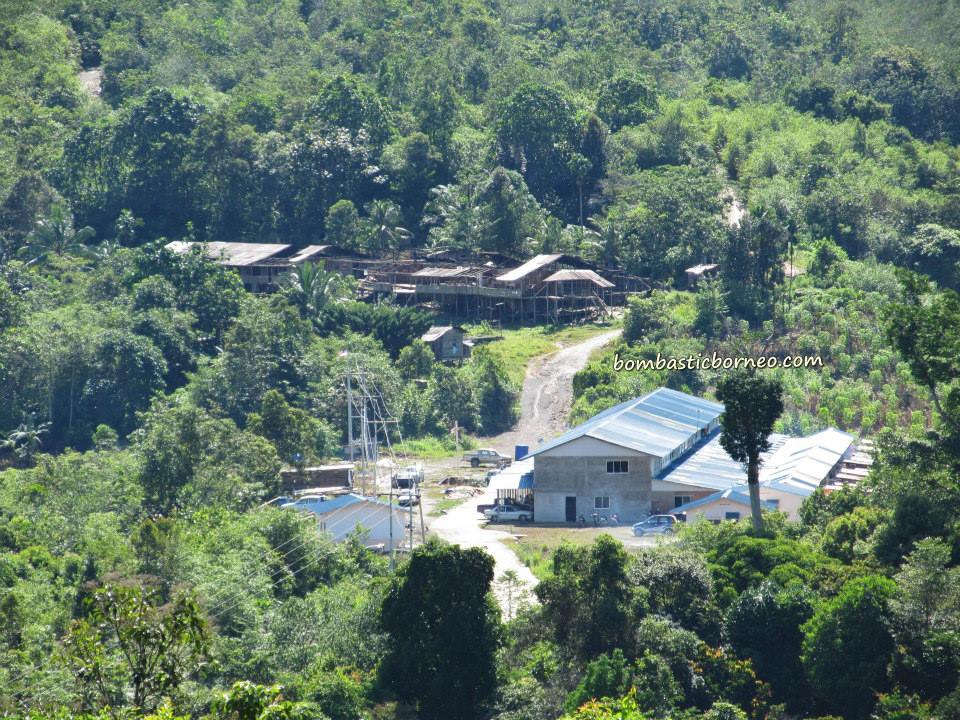 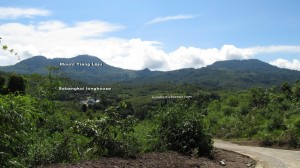 The drive from Sebujok was less than 15 minutes over very mountainous terrain with scenic views.  This was where we witnessed for the first time of the ‘ngambi pemai’ ceremony.  Siti our host explained that this was the Iban practice where the parents, while still alive, would give heirlooms to a particular child who had married and moved out of their own longhouse to stay with the in laws.This was to avoid future disputes among the children should the parents pass away. Will writing wasn’t in their vocabulary in the olden days.

Speeches were given by several parties, wished I had known the Iban language better, followed by a miring with chicken. 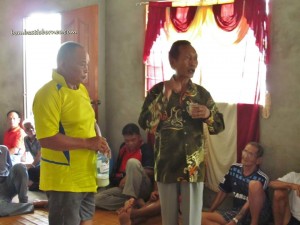 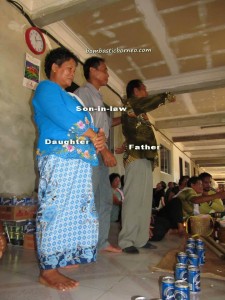 I liked the ending part best with the live gong music and ngajat performance by old and young alike.  Ibans sure know how to turn any event into fun.  Enjoyed the performances a lot.

Before we left the longhouse we had a quick tour of the wooden abandoned longhouse just a stone’s throw away.  It was their temporary longhouse that was built in haste as the concrete one which they had built much earlier higher up was stricken by a curse and many people died from mysterious illnesses.  So before it claimed more victims they quickly moved down from that new longhouse to build this temporary wooden one. Later, they built this present concrete longhouse again. Much money must have been wasted in the face of such a disaster.  The gods must have been very upset about something. 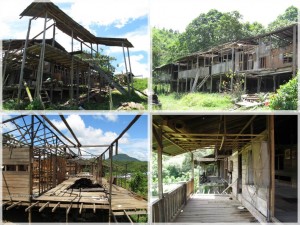 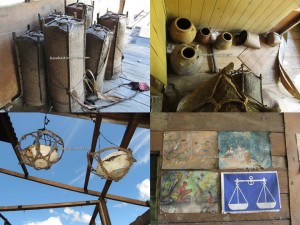 Also please check out nearby longhouses as below :