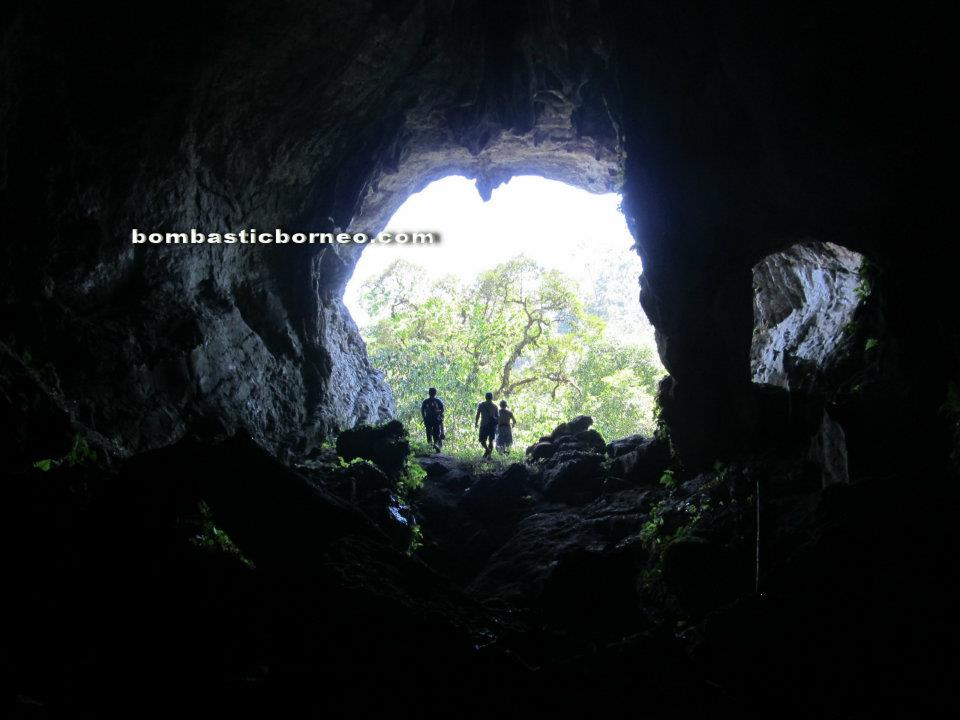 Although caving does not rank top of my adventure list the stories of Ah Boon or Pak Kambing as he is fondly known, about the multi tiered Patie Cave was too enticing to miss out. Mount Patie (pronuounced ‘pa tee yeah’) lies in the district of Siding and reachable from Kampung Padang Pan on the Sarawak side.  Padang Pan is the mid way village to Kampung Gumbang on the Bau/Serikin road, slightly more than an hour’s drive from Kuching.

By the way, my friend Pak Kambing is a retired commando of the Malaysian army.  Driving my Triton from Padang Pan to his farm house or ‘murun’, which lies along the trail (jalan tikus) to Siding was not as easy as I had thought.  I had to drive across 3 shallow streams, some very deep gullies and brushing my car against overgrown vegetation on both sides of the dirt road that made up 3 quarter way to his farm.  The next quarter journey on foot was a balancing act on rotting planks laid over wet and marshy patches.  We arrived late afternoon after being caught in a short downpour. We toured the farm and surrounding area just to familiarize ourselves before it got dark.  Preparing dinner was easy, Desmond and Pak Kambing grabbed whatever they could find from the garden.  Dayak men make the best cooks!  As they got busy with cooking we had our ‘kampung style’ bath in the open nearby stream, in the dark.  After the simple but tasty dinner it was early to bed early to rise for the 3hr trek next morning. 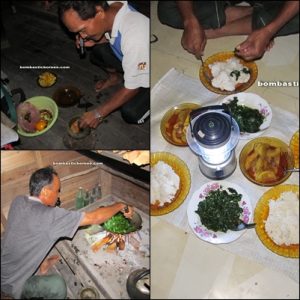 The morning breakfast was a simple coffee and crackers and off we went.  In less than 10minutes we were across the border and stopped over for a chat with Jonathan and his family at his murun. We continued on the cool and relatively easy jungle trail for about 90 min before we hit the intersection of an abandoned timber track.  We wished the sun was kinder.  Wild orchids that lined the sides of this track provided some consolation. 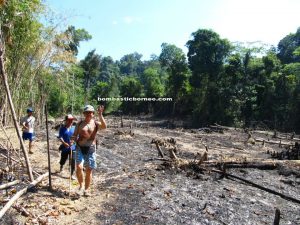 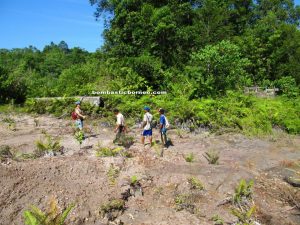 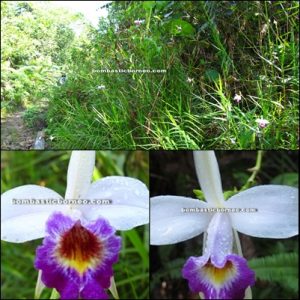 30 min later we arrived at Pak Alam’s murun.  Pak Alam is the caretaker of the cave assigned by residents of Siding.  Nobody goes to the cave without his blessing.

The next 1hr trek to the cave was a memorable one.  At the half way point Pak Alam led us to his ‘secret supply of alcohol’ locally called ‘ijok’ a type of palm sap that fermented into ‘tuak’.

Do not underestimate this stuff.  It got my head spinning after a few cups.  Nearby the chopped ijok palm was all the paraphernalia for turning this tuak into something more lethal-ARAK!  Pak Kambing gave us a crash course on moon-shining.  Who knows someday I might need this knowledge to get by.

The moonshiner’s drum, with the wok missing from the top. Ijok or palm tuak is placed inside the drum and cooked over a slow fire so the evaporated alcohol collects on the bottom of the huge wok (filled with water) that covers the top of the drum. The alcohol then condenses and drips onto the half piped bamboo. The arak then flows along the tilted bamboo out thru a small hole on the side of the drum and into a waiting container on the outside of the drum. Jungle distillery at its best. Should qualify for an award in innovation!

As we arrived at the mountain we could see fresh bamboo structure and offerings (‘miring’) near the cave entrance – Gawai Padi or Harvest Festival has just been performed recently. Pagan beliefs and traditions still hold strong in this community. The bamboo ladder to the entrance of the first cave was pretty interesting. Next, we climbed up and around the edge of the mountain to the entrance of ‘million bats cave’.  Awesome!  Wished we were better equipped with bigger torches and ropes to venture higher, lower and deeper as the caves here are multitiered. We had to miss out on the swiftlet as well as the animal resembling stalagmites caves.  Let’s leave it to the diehard cavers. One hour hanging out here was satisfying enough for amateurs like me. 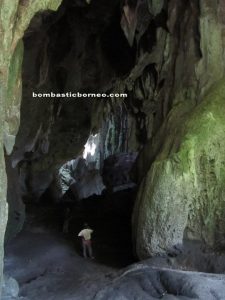 With stomachs growling we hurried back to Pak Alam’s murun for our lunch.  Mei Er and I stuck to our vegetarian food that we brought along while for the others it was BBQed bats.  Please do not ask me how it tasted like.  Going by the looks on my carnivorous companions’ faces it must have been awesome.  Note that Siding villagers are very proud of the fact that none of their kids suffer from asthma. Reason-eating bats!

After the lunch and shower we dragged our tired body for the return journey.  Lethargic…..but overall this is one trek that we learned the most about flora, animal traps and jungle survival from our retired Commando friend Pak Kambing…..priceless!