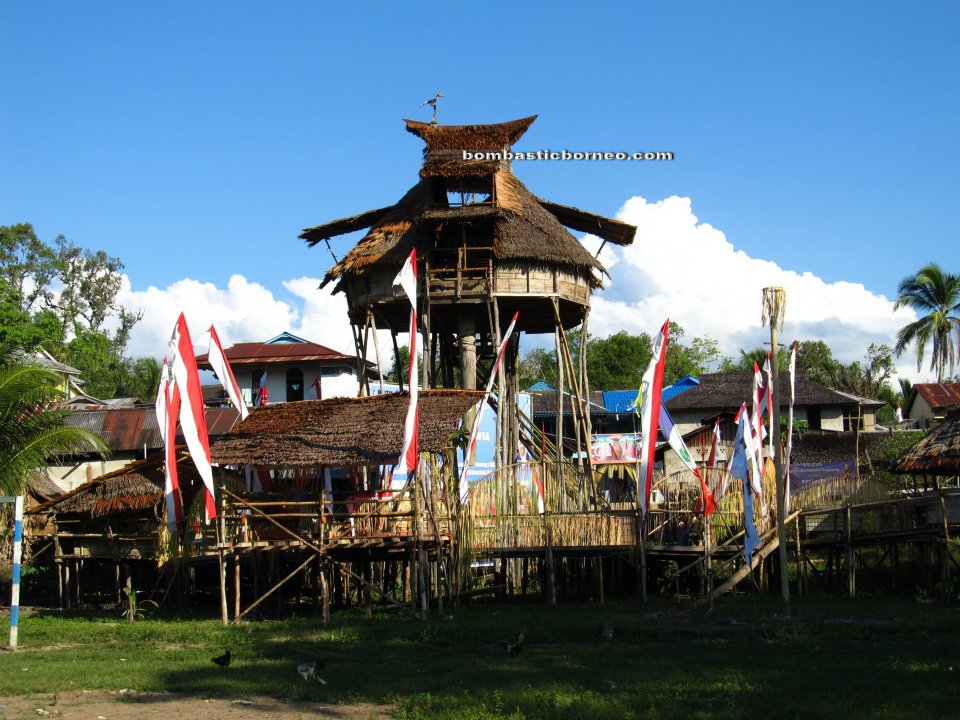 Thanks to Desmond Kabar again our year old dream came true when he got us invited through his good connections for the biggest gawai in Borneo. The 3 of us decided to set out from Gumbang a day ahead of the entourage on 13June and put up a night in Kpg Padang’s headman Pak Sigul’s house. The 4 hour trek was made easier by the hot weather drying up the usually very wet track so we need not have to wade thru mud or balancing on tiny tree trunks. So no buffalo feet at the end of the day!  We had our nice cold showers before catching up with the villagers.  We made some friends here after 3 visits. Early dinner was followed with early bedtime. The next morning we could still squeeze in some time for ‘ngabang’ or gawai visiting before setting off for the 4hr trek to Sebujit, without waiting for the Gumbang mob. We had Anna to guide the 3 of us. 2 hours later the sun up in the cloudless sky was merciless. We were glad at this point we spread the journey over 2 days. Surprisingly, the last 15 minutes we found renewed energy and quicken our pace as our hearts were yearning to see Sebujit. As we caught sight of the village I could sense the good vibe, the familiar sounds of the distant gong was so soothing to our tired bodies. 4 long hours to wait for this moment! Upon arriving at our host YB Gunawan’s house we were quickly ushered in and served tuak and delicacies. I realized that my host’s father Pak Amin who is also the Ketua Adat or ‘custom chief’ was a very jovial person with an ever ready smile. I never had the chance to get that close to him when he was in Gumbang for the reciprocal gawai last year. After a short break we had to hurry off to join in the ‘unofficial’ welcoming of the Gumbang entourage who arrived an hour plus later than us.

It was a simple affair but tuak flowed nonetheless. After which was the march to the ‘rumah adat’ or ‘baruk’ for a simple ceremony. When it was over we excused ourselves for a tour of the village. Shy but friendly young gals tagged along with us proudly showing us their beautiful bamboo chalets which they called ‘homestay’. Must have anticipated quite a crowd coming for the fest. The cool environment with the shady trees provided a much needed moment of relaxation from the scorching sun. Good design simple architecture ‘green’ raw material. A shining example – Sebujit Homestay. 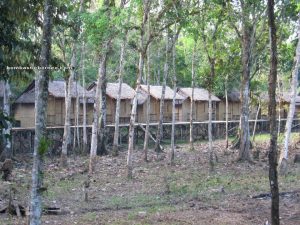 As night fell, bathing became an issue as the village experienced low water pressure due to the dry season. But thanks to our guide Anna she found cool clean water for us in her relative’s house who had stock up enough earlier in the afternoon. Later in the evening the village air was filled with squealing of pigs as they were sacrificed for the ‘miring’ in several households. Outside in the open air, live band music provided entertainment till 3 am and candle light casino were made up of clusters of ‘holo chim’ gamblers. One group of about 10 lasted till 8am! 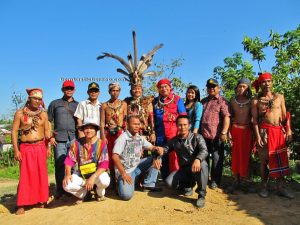 The following day’s activity started off in the morning with the welcoming proper of the Gumbang contingent complete with traditional red attire. Villager Okran and friends provided much fireworks with their shotguns. Then came the chicken and puppy slaughtering which animal lovers might find hard to stomach. I will skip this scene in our video this year. Hopefully this ceremony will evolve into something more humane in the future for the sake of the tourists. After this ceremony was done, the whole group hurried to an even more elaborate welcoming for state officials and VIPs who came in by boat via the town of Seluas. The chicken & puppy sacrifices for the ‘komangs’ or dewa/dewi were repeated. But this time the egg (fresh!) throwing on the VIPs chests provided much more fun & laughter. Note that only here in Sebujit is egg throwing considered a friendly welcoming gesture. This act as explained by Dr Patau Rubis is to counter whatever harm/bad luck that visitors might bring to the village and these thrown eggs are supposed to break on impact with the chests of the visitors for it to work. This is one situation where you would rather be a spectator and not a VIP. 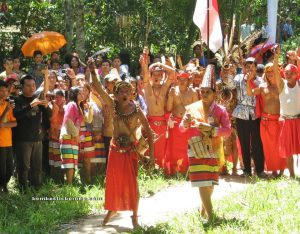 Gumbang delegates were formally introduced to the VIPs and tuak flowed yet again. As the slimy eggs were still dripping from the VIPs’ shirts, they were invited to walk 300m to the baruk for the grand opening. It was at this point onwards I realised, as I was right in front of the entourage videoing, that Sebujit’s gong music and dance was the best I had ever heard and seen. Electrifying! As they start to circumambulate the deck of the baruk the gong ensemble from above the baruk blended in with the mobile musicians and the tempo slowly increased to a beat that could drive anyone to dance along. Pure ecstasy from the rhythm of Borneo’s rainforest. Reminded me of the days of ‘kirtan’ with the Hare Krishnas. Only this time it was better with the ‘soma’ drink – tuak! How I love Sebujit. 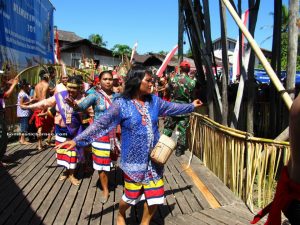 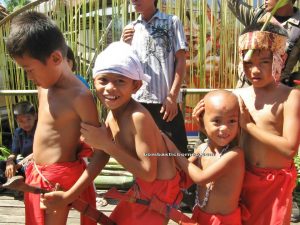 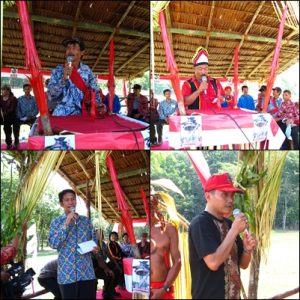 After the speeches delivered and momentos exchanged the morning’s activities ended. We retired for lunch and had to miss out on the spiritual healing conducted by Pak Ahock. In summary, the late afternoon session started off with the sacrifice to seek the ‘komangs’ protection for the whole village followed by bamboo cutting event and immediately later the hilarious inverted bamboo pole climbing.

The evening ended with the cleansing and healing ceremony for individuals. More info can be found on the captions of photos in our FB page.

The next morning was a sad time to say goodbye to our hosts YB Gunawan, his dad Pak Amin and his immediate family. They made sure we would not go hungry in the jungle by giving us much packed lunches for our day long journey back to Gumbang. 4 of us had decided to pay for the ojek (motorbike taxi) service to bring us to Kpg Padang before trekking into Gumbang. The ride there took us 45 minutes, saving us 4 trekking hours. There are actually more options than we knew if we come back to Sebujit in 2014. The options are as follows-

1) Drive to Serikin and park at Seluas. Either take a boat or ojek ride to Sebujit

2) Drive to Serikin and park at Seluas. Take a boat ride to Kpg Padang (Siding) and trek to Sebujit.

3) The traditional walk from Kpg Gumbang to Kpg Padang and continue in one day or overnight to Sebujit.

Whichever option you choose will depend on the kind of adventure you like. Or you may have a good mix by going there via Seluas by car, by boat to Sebujit, and coming back by ojek to Padang and trekking back to Gumbang. That would be the best and less tiring package if you can afford it. 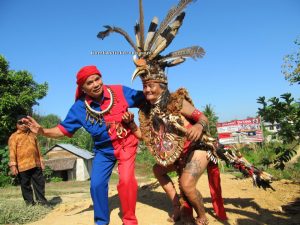 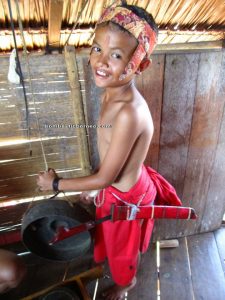 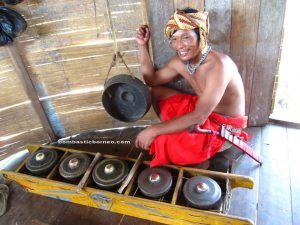 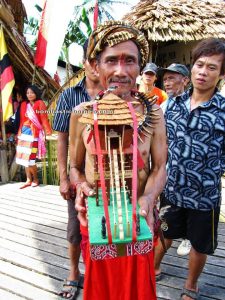 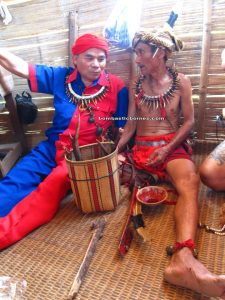