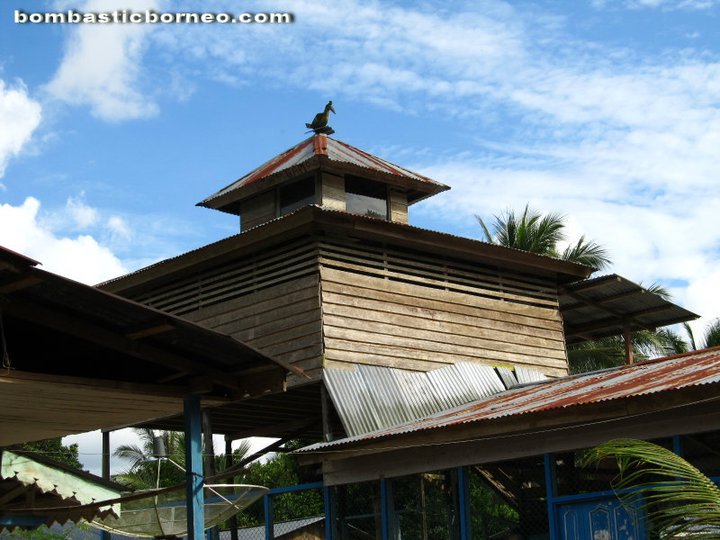 Getting there-Easy way is by motorized longboat (perahu) from Entikong. 2 hours upstream. Hard way is 1 & half hour drive from Kuching to Kampung Tepoi + 3 & half hour fast trek + (?) minutes to hours wait for a perahu to pass by from upstream to drop you off, after 5 minutes ride, at Mangkau.

Two months earlier before we did this trip Jay, Mei Er & I were checking out the villages of Sejijak to find a waterfall that sent Jay on a wild goose chase after seeing it posted on Google Earth. After failing to locate the elusive waterfall we decided to drive to Tepoi on that sunny Sunday afternoon. Bumped into Warwick, Jacqueline & Saloma who were plotting a trek from Kampung Sibakar to Tepoi. Saloma who arranged with the village kids for a guide for the 3 of us to see more of Tepoi. Joseph was the name of the guide. He must have got us quite aroused about Mangkau with the perahu stories. 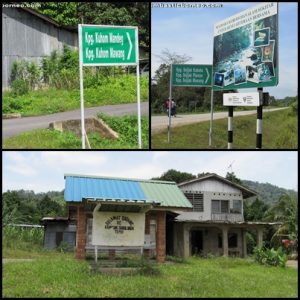 So 2 months later we were back, dying to see Mangkau but Joseph was nowhere to be found. Instead we met Ganis who happened to be from Mangkau and was about to trek home to prepare for his wedding in a week’s time. According to him the trek was only ‘satu jam lebih’ (1hr plus). Total bullshit as we found out later! But too late.

Despite the speed at which we were going and we normally do not trek at that lung bursting pace we arrived at the river after a long tiring 3 and half hours. I remember at that point in time someone in our group mentioned about U-turning back so we could make it back to Tepoi before dark. MANSLAUGHTER almost happened that day! Luckily everyone accepted the unanimous decision to stay for the night. Minus spare clothings life would be tough but not unsurvivable.

Reaching Sekayam river was a great relieve but the battle was not over. We had to wait for perahu to pass by if we were lucky. We prayed, waited and soaked on the opposite bank of the fast flowing river swollen by 2 days of heavy rain. 45 minutes later music was in the air as the throttle of outboard engine was coming from upstream. Like a cat Ganis jumped and ran across the river to stop the oncoming perahu. Happiness was written on everyone’s face.

After 5 minutes downstream we were greeted on the right by screaming naked kids swimming in the river and on the left by a dozen free ranch pigs. Such a great idea of separating pigs from the villagers.

Arriving at Mangkau, getting us a room to stay was Ganis’ immediate priority. Unfortunately, Pak Dukun which is the Indonesian’s version of Ketua Kampung was on traveling. Out of nowhere a mandarin speaking lady villager offered us her home. Without second thoughts we accepted and she, Amelia, invited us in for hot tea and delicious fritters which she learned how to make while working in Miri for a Chinese family. We introduced ourselves to her family members and were pleasantly surprised to learn that her younger sister Anita was soon to be married to Jong a young man from Kuching. Small world.

After the introduction we were invited to the ‘Rumah Adat’ which was the baruk where they kept  skulls of humans and deers. There was also a quarter skull with the other 3 quarters shared with 3 other villages, an unfinished story.  Did a bit of shopping at the convenience store before proceeding back to the house for a simple vegetarian dinner.

Later that night Jong invited us to join him for fish hunting  but had to turn him down. Long day man! My first challenge to sleep on hard cement and boy did I passed with flying colours. Jay had a better deal from another host with fresh pair of trousers and mattress. There was a minor dispute between the 2 hosts when Jay jumped ship. Certain local sensitivities we had to learn first hand. Only the first host had the right to split his guests to secondary hosts. This problem would not have surfaced had the Pak Dukun been around.

Breakfast was quick and simple with instant noodles/eggs but Joe had something more special when he sneaked into the kitchen with Jong , BBQ deer meat.

Special thanks to Amelia who took the trouble to sieve us a bottle of freshly brewed ‘tuak’.Soon after we got ready for the boat ride again for our return journey. An unexpected and unplanned for overnight trek turned out to be quite an exciting experience for all of us. Joe admitted it was one of the best time in his life as it was his very first to sleep over in an Indonesian village or any village.

Lesson learned – never ever believe a local villager about trekking time. Anyway, we had no regrets but full of appreciation for Ganis. When we come back again we will most probably try the Entikong way. 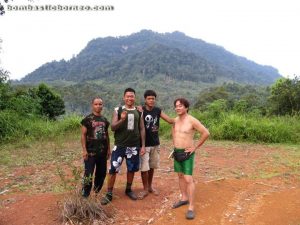