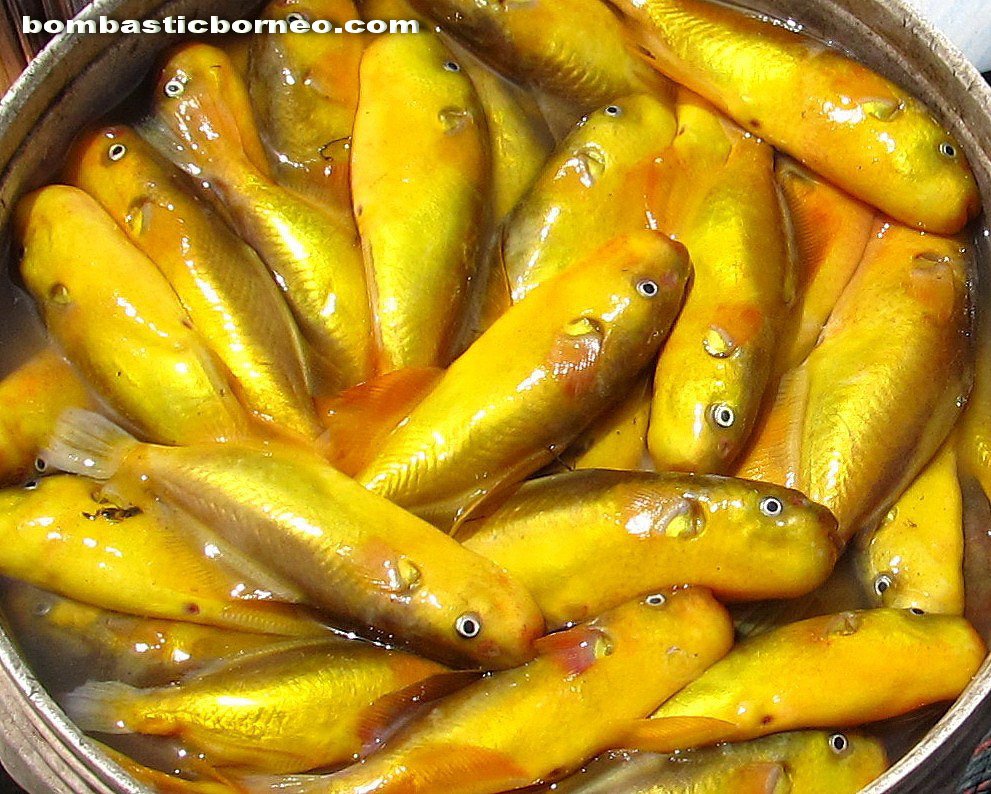 Decided to do this festival for the first time out of curiosity but more embarrassed by the fact that it’s been celebrated for the last 9 years.

The traditional boat regatta was overshadowed  by the locally inspired and produced ‘jetski’ competition which essentially is a water pump powered engine in a  plywood/fiberglass boat. Very impressive for a locally handmade race boat.

Driving into Spaoh surprised us with a bitumen road although the initial stretch was so bumpy making the drive seemed more like a horse ride but from the next junction turning into Kampung Manggut (pronounced ‘ma ngoot’) was perfectly tar sealed.  Ample gravel carpark just before the venue.  Surprised to see so many canopies of vendors from afar-sign of overwhelming participation like the ‘Benak Fest’.  The aroma of BBQ puffer fish filled the air. 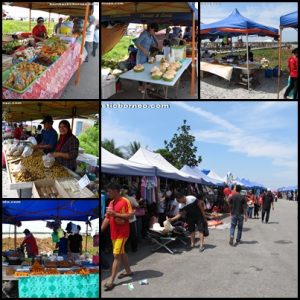 After witnessing the first event of the boat race we excitedly headed straight for the section where the puffers were sold with the intention of getting answers to so many questions I had after reading in the newspapers about how one can die from eating this very poisonous fish.  I was a little over enthusiastic firing questions at the poor ladies selling the fish that they were jolted and later agitated.  Me and my big mouth!  They defensively disputed every single statement I alleged.  I was shocked and they upset.

Luckily some senior villagers standing by came to rescue the tense situation explaining these puffers were the less poisonous species.  Even then internal organs were thrown out except for the roe which are thoroughly cleansed of blood vessels.  Dried roe is a very much sort after delicacy among the Ibans & Malays here.  ‘No one has ever died from eating ikan buntal’ is the common stand here in Kampung Manggut.  Nor do the fishermen here have to have a certificate to cook and serve unlike in Japan.  So what’s the fuss about?  I kept my mouth shut to get out of Manggut alive and wiser too.  By the way, ikan buntal  is exported to Japan and it is abundantly caught by local fisherman in small boats during the spawning months of July & August.

We took the opportunity of the lunch break to tour Kpg Manggut a very traditional Malay fishing village on the bank of the Saribas River.  It has a school catering for Kampung Buda & Supa on the opposite side of the river.

After the taking photos of the village we headed back to the venue and invited Mr Jeni a fisherman from Kpg Supa to join us for lunch at one of the only 2 food shops with tables & chairs.  Surprisingly the event organizer did not think it was necessary to put up a big canopy complete with tables and chairs for diners to eat in a civilized manner.

That is just one of the many shortcomings of this event.  There were no shades or proper benches for spectators.  Spectators cramped into whatever limited space available at the wharf.  Lots more shoving & pushing as the racing boats got nearer to the finishing line.  Standing for hours in the afternoon heat and dust took out all the fun.  The only consolation we had was the excitement of the locally made jetski race.  These boats were loud and powerful.  Thumbs up to these boys with just RM1,000 budget and no engineering background.

We decided to call it a day after the jetski race.  Bought locally grown fruits of mango, jambu and brinjal on our way out.  The karaoke singing competition could still be heard in the distance.  Thank God my car is still there and in the condition it should be.  The final stress is over.