It was CNY 2021 with a week of holiday in hand but nowhere to go because of the pandemic lockdown. Travelling was restricted to a point where we did not have any choices. But since the Malaysian government allowed travelling between one red zone to another red zone we had only one choice and that was Serian town. Since the latest hotel in Serian Roxy Hotel was giving quite a good offer on Agoda at RM97 per night we decided to book 3 nights with the first night being new year eve. 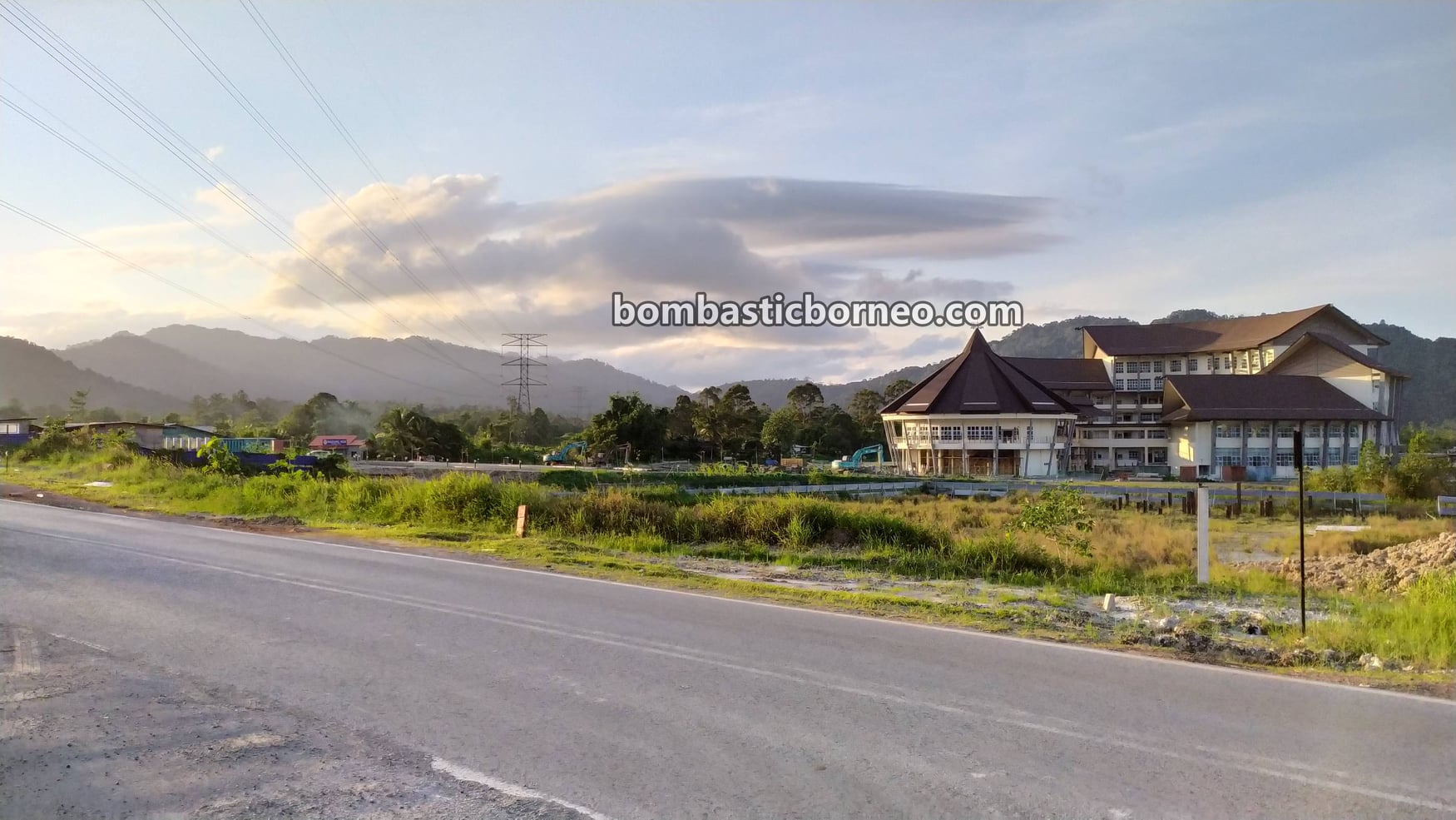 The only food available was at the Curry House Indian restaurant. We had anticipated the scarcity of food so we brought along our own in the form of self heating ‘almost instant hotpot packages’ thanks to the ingenuity of China. To be exact just 10min of steaming in a plastic box. Highly recommended for outdoor life. See how our humble CNY eve dinner was prepared in our video.

As for our 4 day stay in Serian we had planned to visit a few places we had visited in the past as well as checking out some new ones. Although the rice field of Slabi was on top of the list it was a big disappointment to kick off our drone shooting adventure. Slabi and neighbouring Landau’s rice fields had been inundated twice in less than a month at the worst possible time when the crops were about to be harvested. 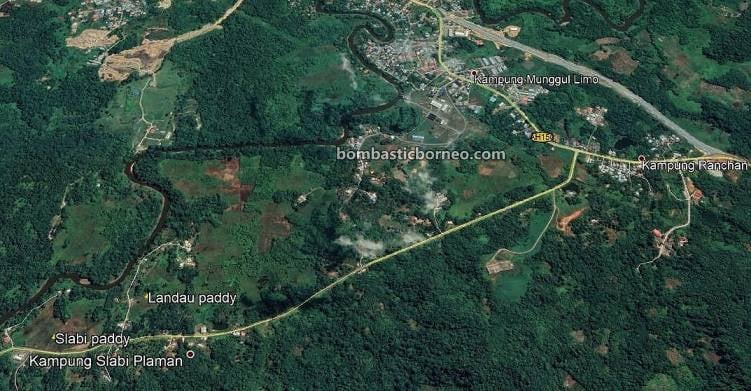 While we were driving to Slabi we had expected the usual green paddy with golden crown as it was the start of the harvesting season. Instead we were greeted with a dull brownish field with most of the paddy slumped and wilted. A sad sight indeed. 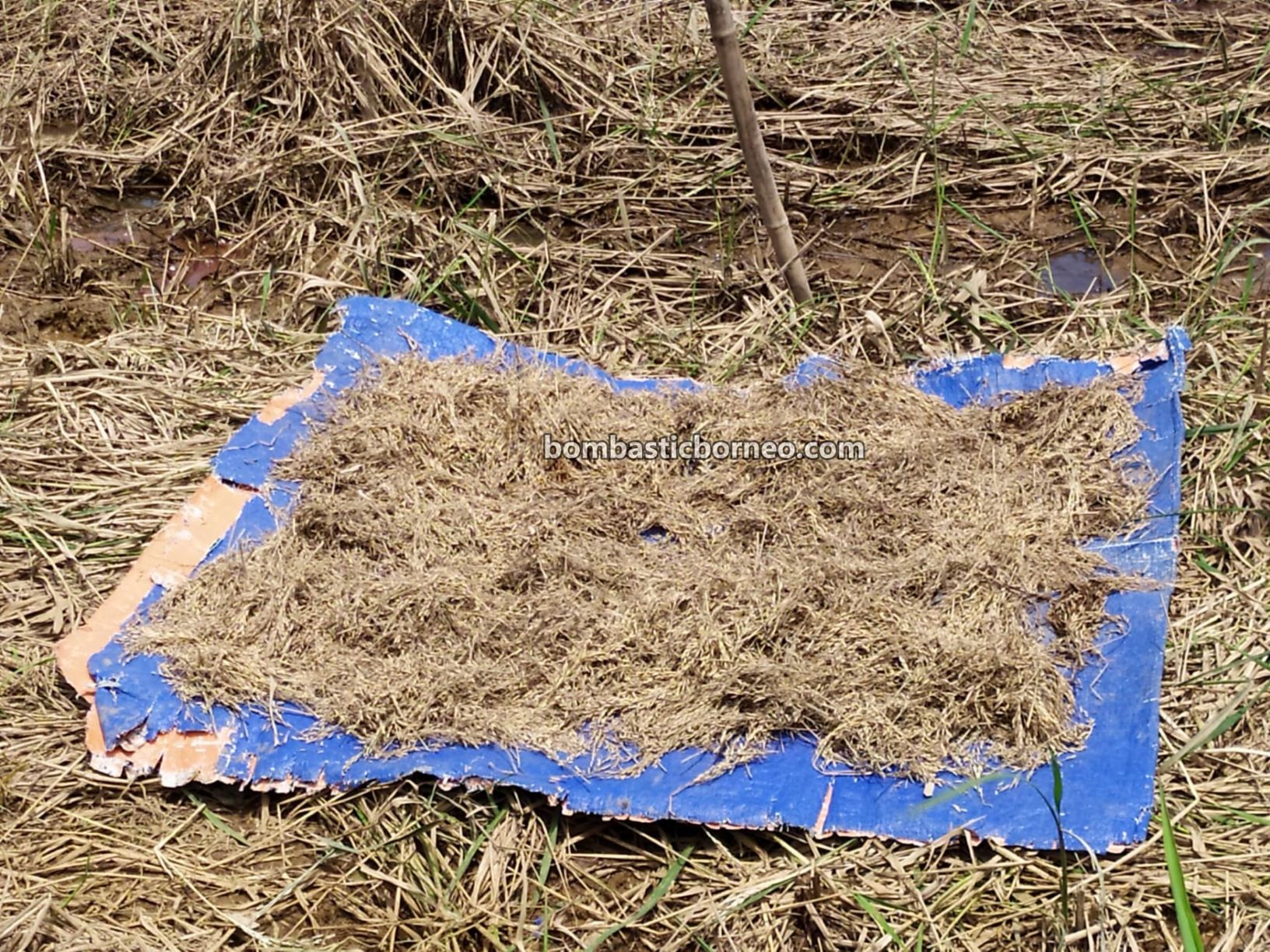 We parked the car at the road side and walked over to asked a farmer Mr Lelen of the situation. He explained and shrugged the disaster off as just an act of God. Meanwhile his wife and fellow villagers were all out in the field under the hot sun salvaging whatever little they could. Mr Lelen had another plot at nearby Landau village which suffered the same fate if not worse. The flood water there was even deeper at about 5 feet deep. 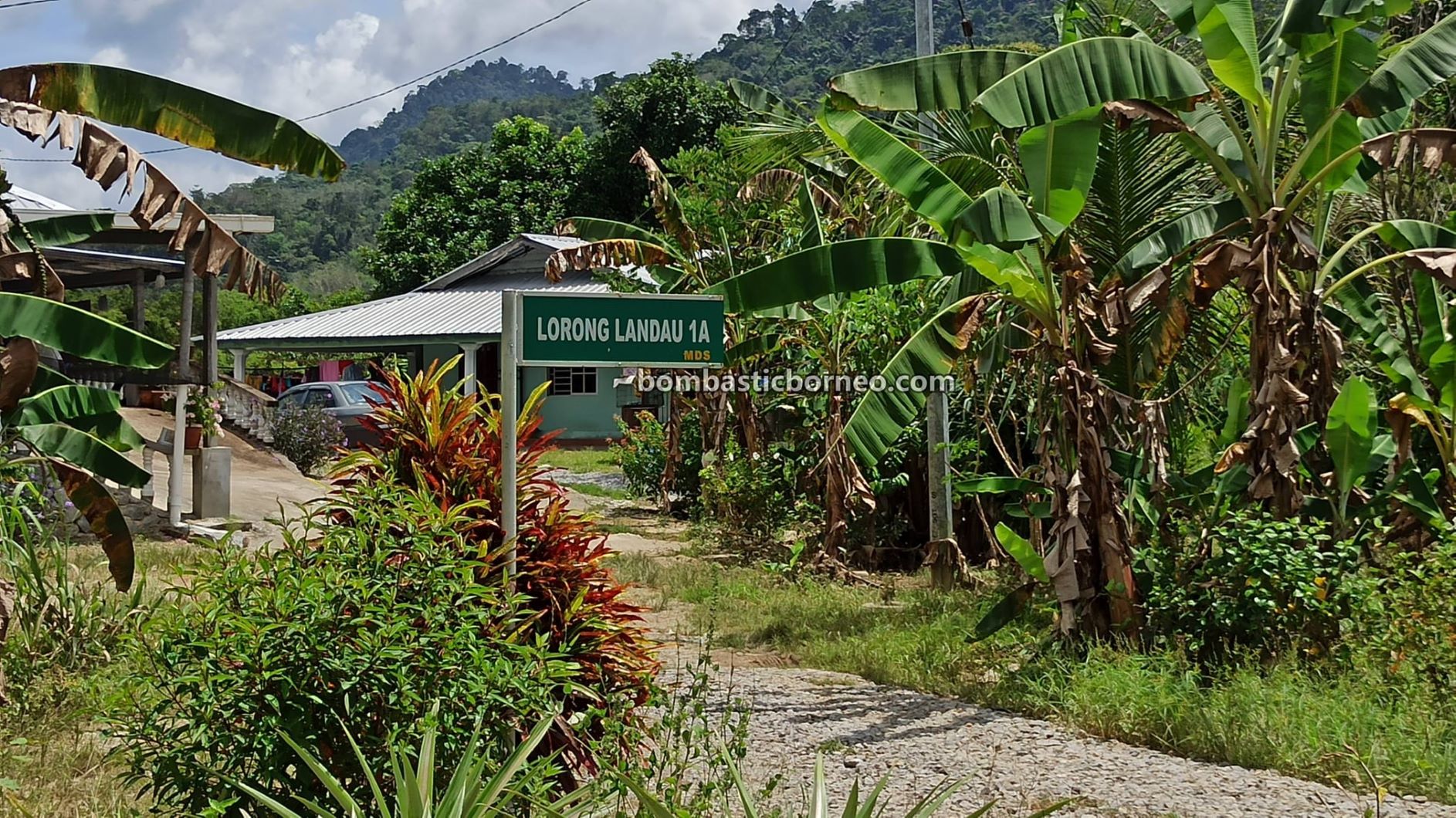 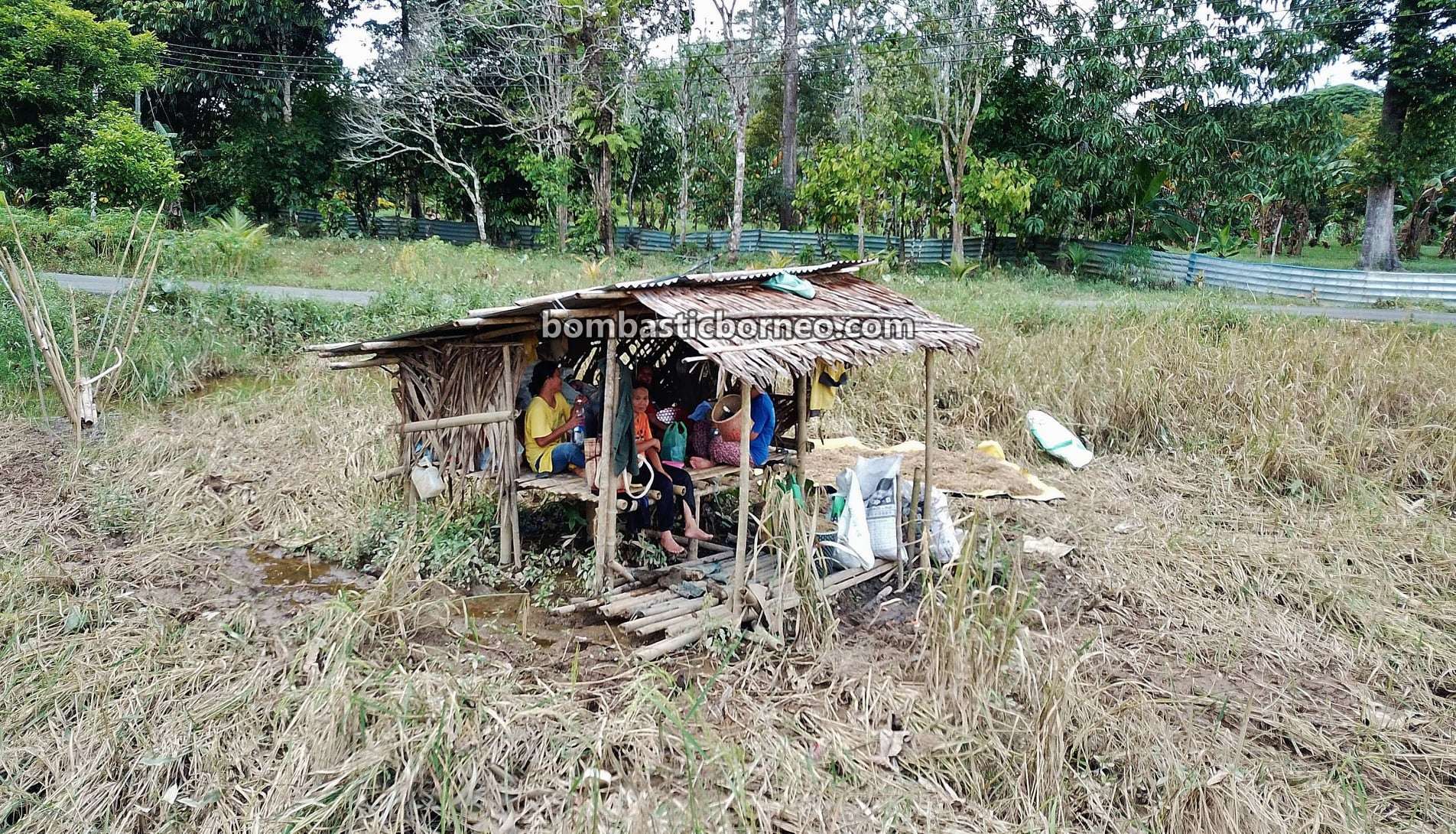 Although wet paddy cultivation has more advantages over hill paddy, it has its challenges too especially when cultivated on flood prone area during the landas season. As we drove out to the main road where the ground was higher we noticed the paddy field there was spared.

Just to summarise what we did during our stay here in Serian – we visited the KLB Park/Zoo, Kampung Gahat, Daha Kisau, Mapu Tante, Mongkos, Mujat, Mentu Tapu and a revisit to Chupak to shoot their paddy harvesting. So, stay tuned for our videos which will be uploaded to our Youtube channel soon.
Next…visit to KLB Park on first day of CNY