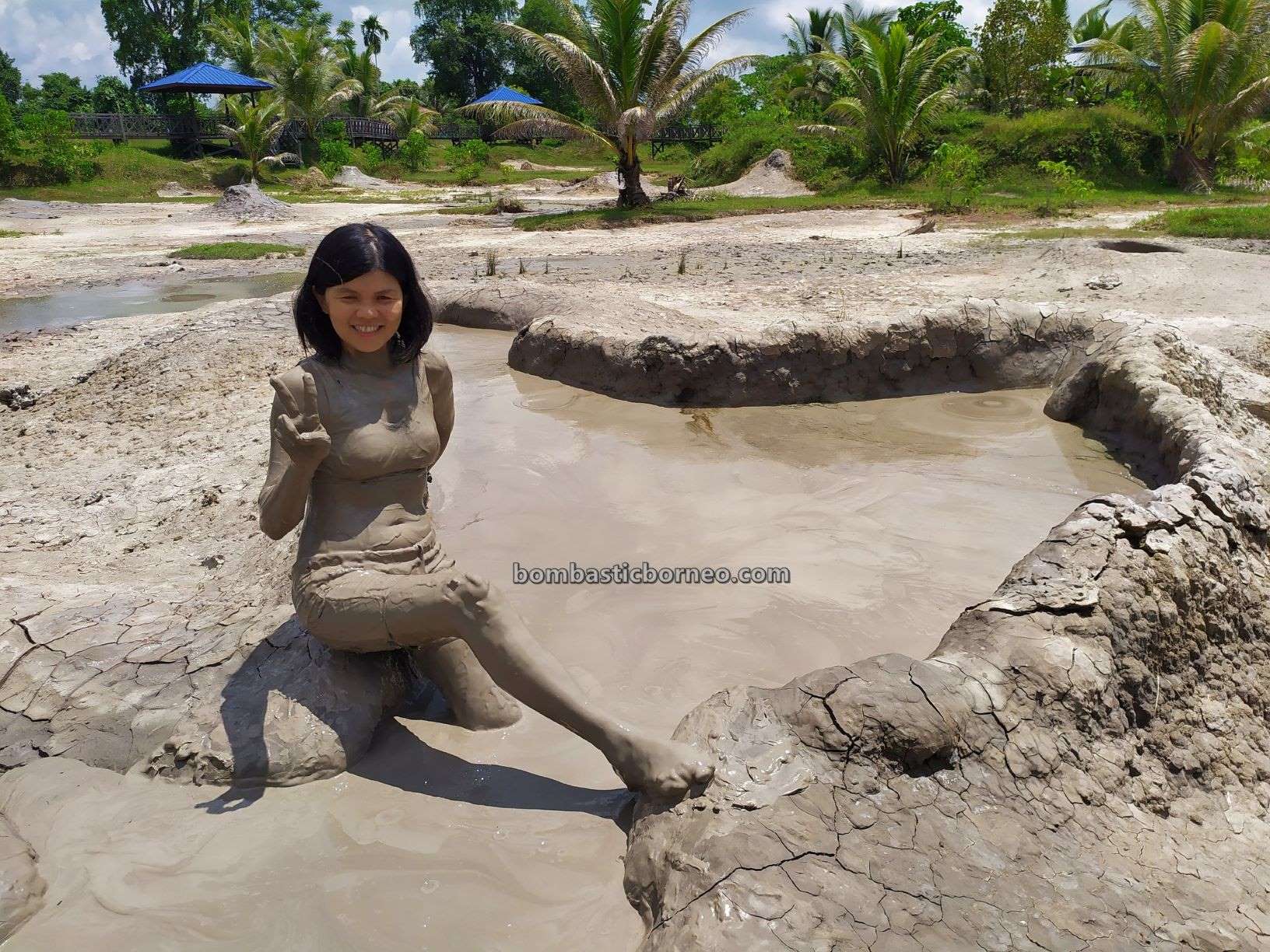 This was one event in my own state Sarawak where we could not go from point A to Point B in a day or at most two days. We would not have mind even if it were points A-B-C. But this was A-B-C-D plus E-F-A on the way back! The reason was flights were fully booked from either Miri or Marudi and we booked our tickets months before the event day. We were forced to find a long detour to get to Bario with Limbang being our first stop (2 nights), then by bus to Lawas (plus another night), second flight to Ba’Kelalan (plus 3 nights because of only 1 flight a week available) and a third flight to Bario where we had no choice but to stay five days in order to catch the first available flight out to Marudi. At Marudi we had to stay another night because the private taxi to Miri only happened early in the morning. So in total it was a 11 day trip just to attend this Nukenen Food festival.

What was most heart breaking was to learn later at the Bario homestay from fellow travellers was that their flight consisted of only themselves a couple from Sibu flying in from Miri. People in the know told us that this was usually due to last minute cancellations by government officers. Thus, depriving many genuine and more deserving visitors of the chance to attend this event. Ms Priscilla, a café operator in Bario was indirectly affected, complaining about slow business due to the poor attendance. The same can be said of the homestays.

This first part of a long journey consists of our visit to the Meritam mud volcano located about 35km from Limbang town. Locally called the ‘lumpur bebuak’, brings visitors from near and far to bathe in the warm bubbling mudpots. 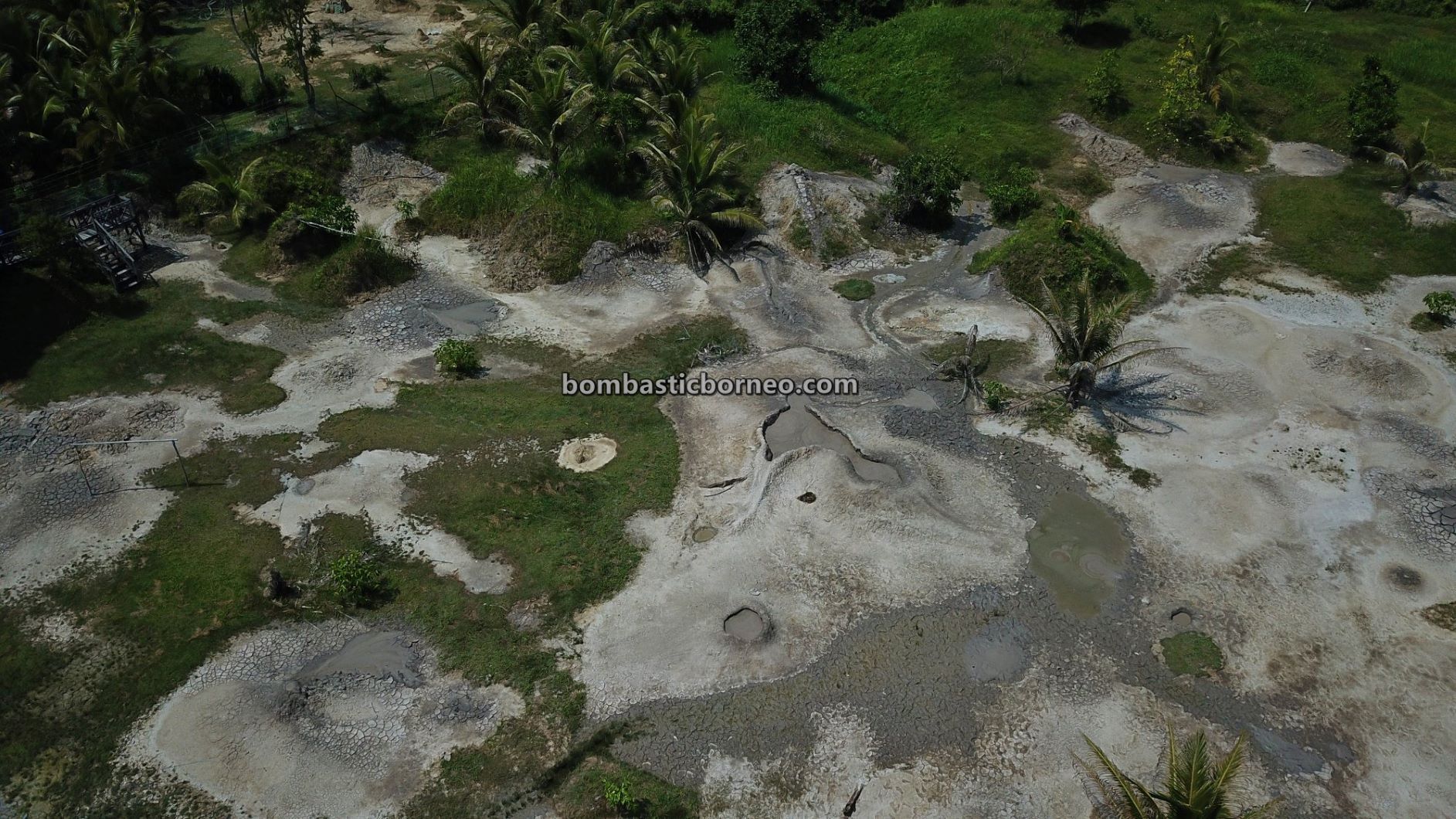 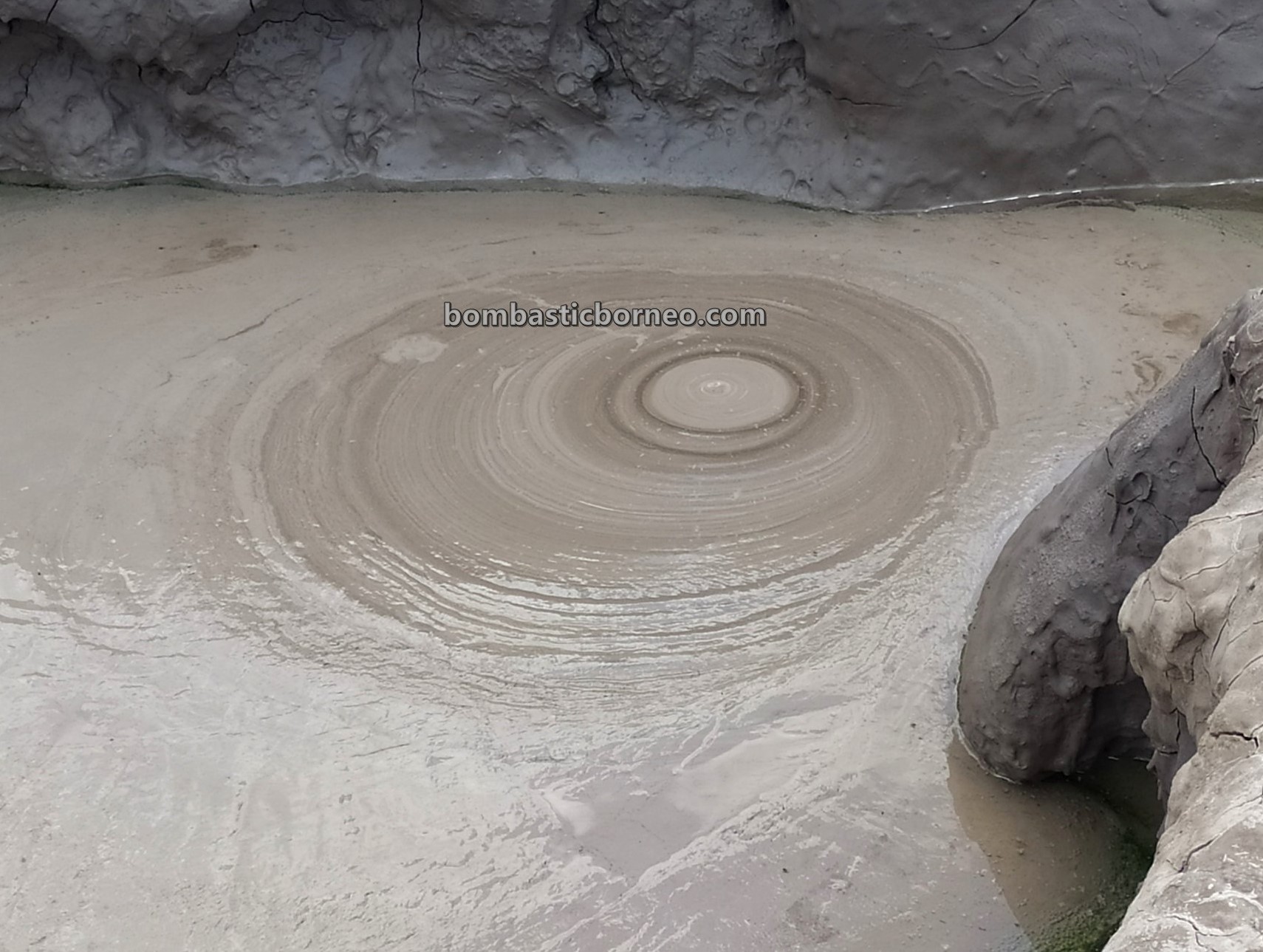 We arrived early in the morning from Kuching and was picked up at the airport by Prime Hotel staff. After the checked in, we rented a car from Simon the boss so we could drive to Kampung Meritam. 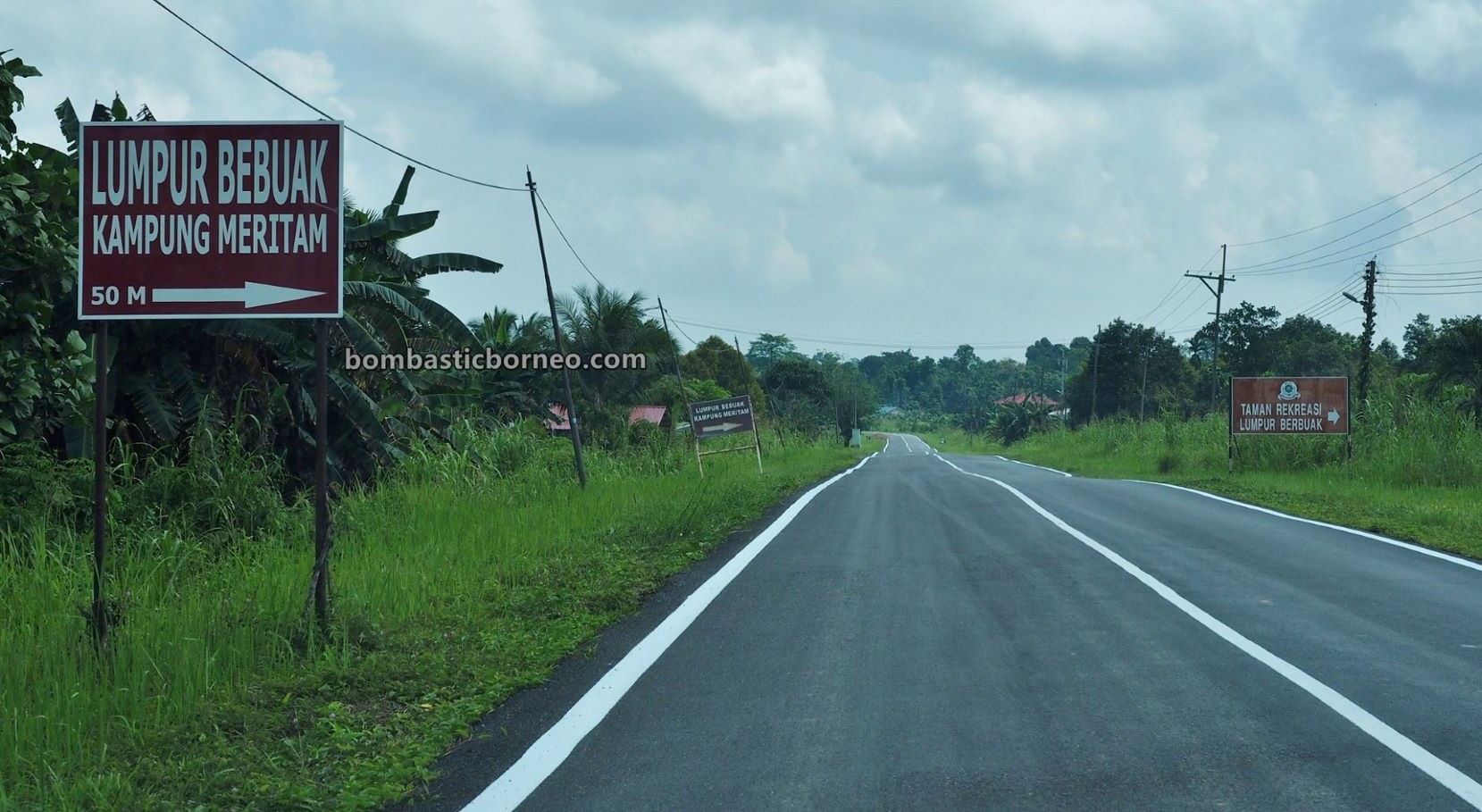 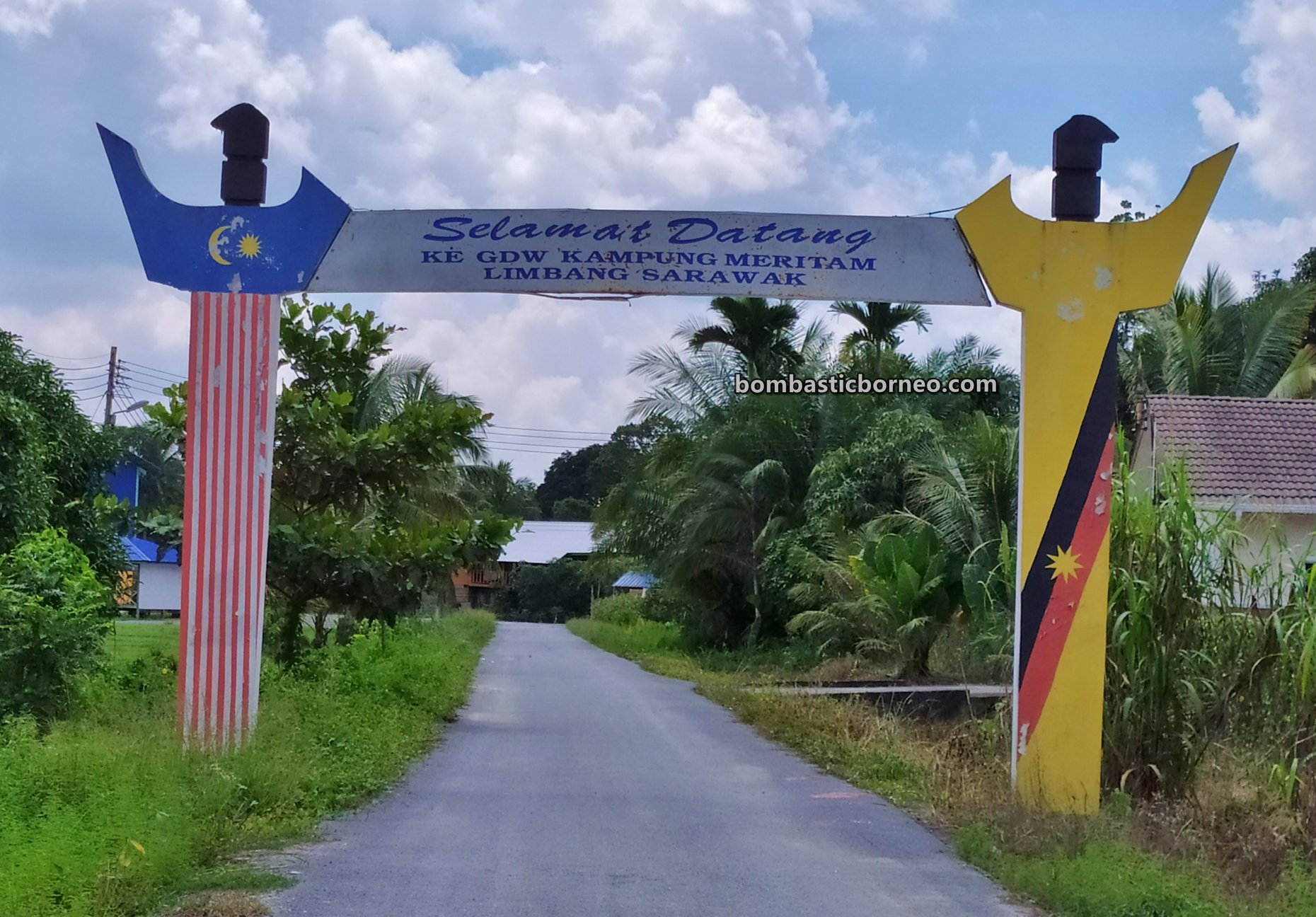 The 45min drive was good and upon reaching the gate we had to call a number so the lady in charge could open the gate for us.

We had the whole place to ourselves. We could hear the unmistakable ‘gargling sounds’ as we made our way to the mud volcanoes on the plank walks. 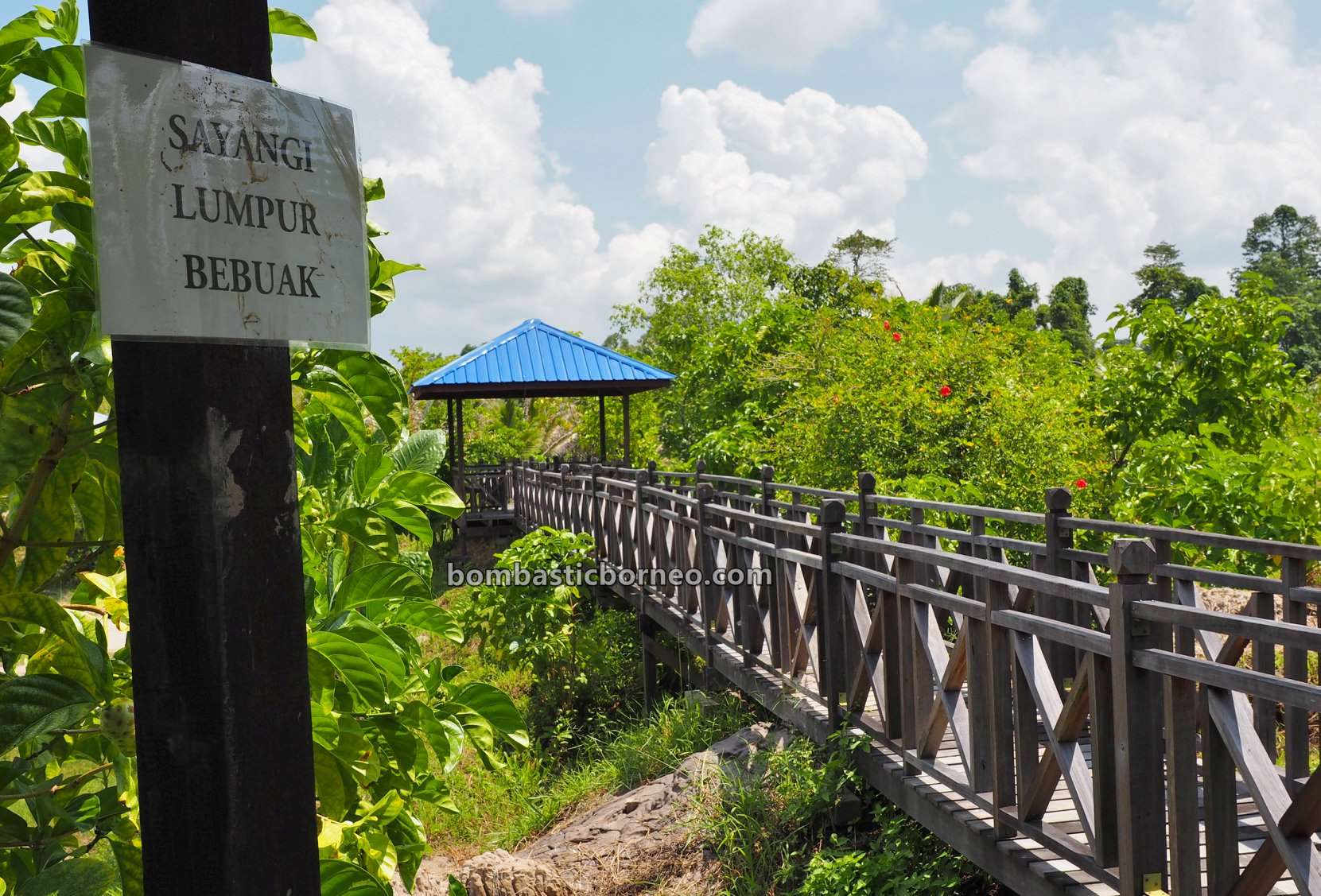 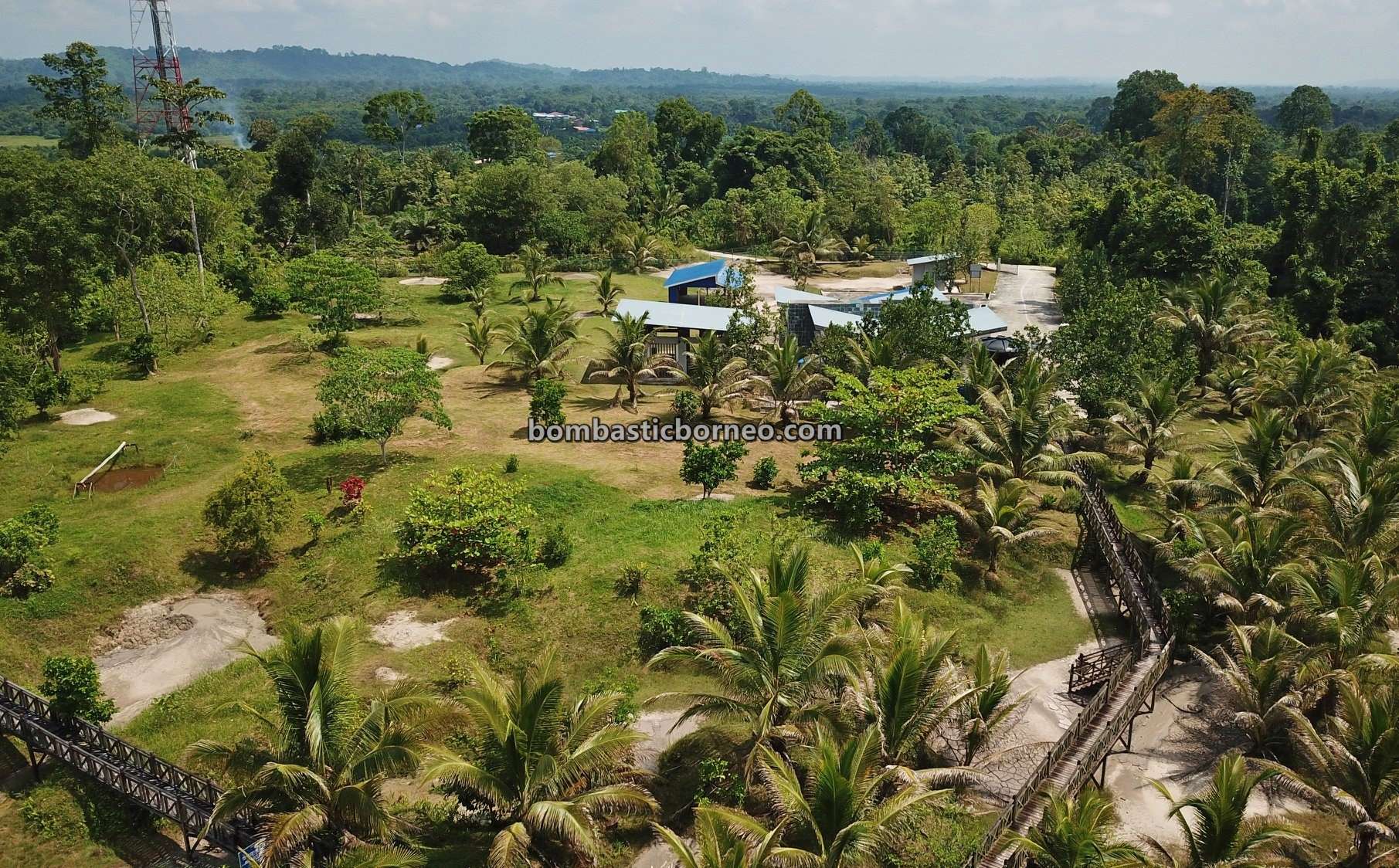 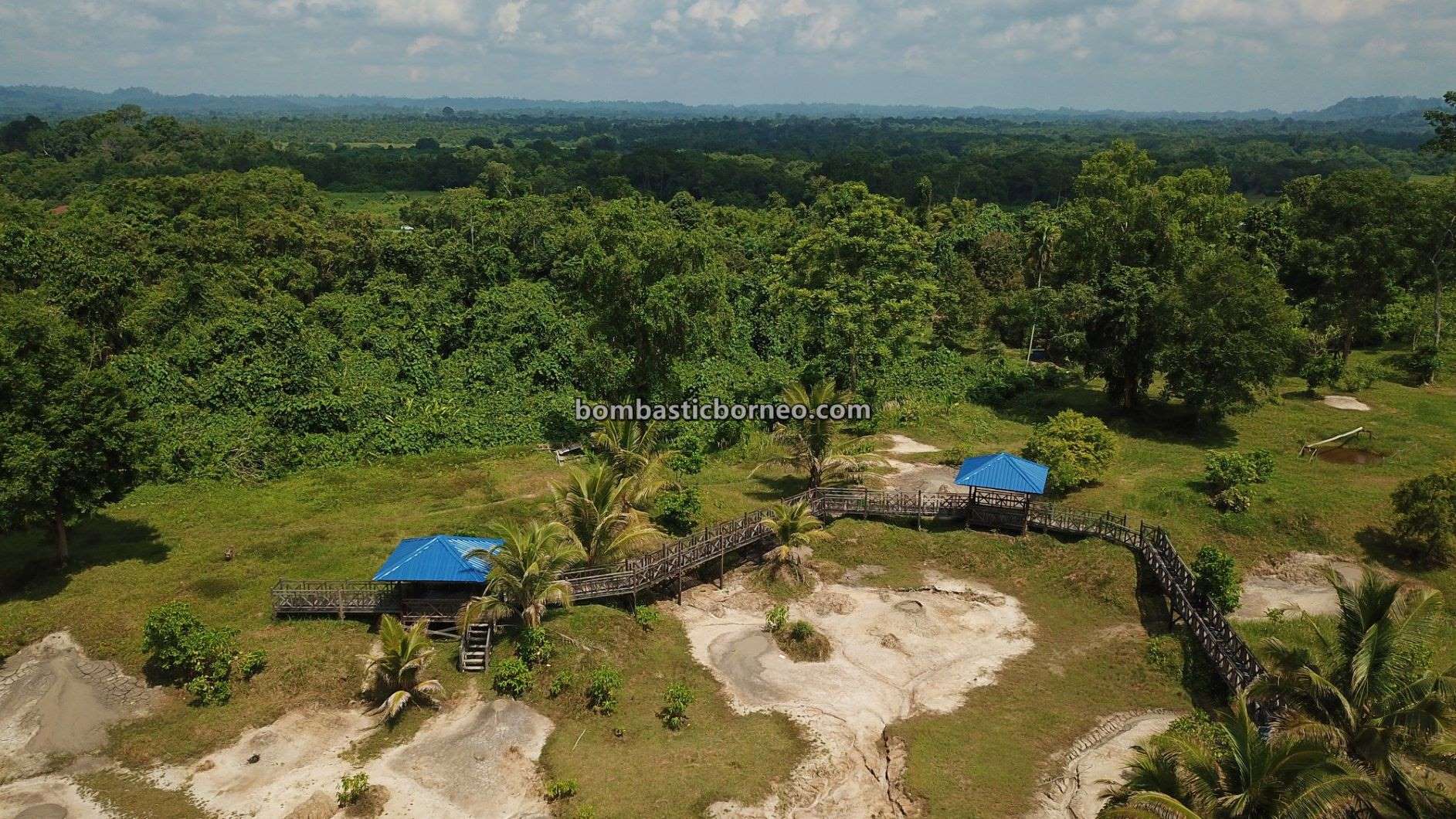 The set up was surrounded by many oil palms and a very hot open space without shades. Advisable to bring along an umbrella or hat and some old newspaper to wipe away the slip off your hands before you do your selfies or your feet before you put back your shoes as the plank walks can be too hot for bare feet. 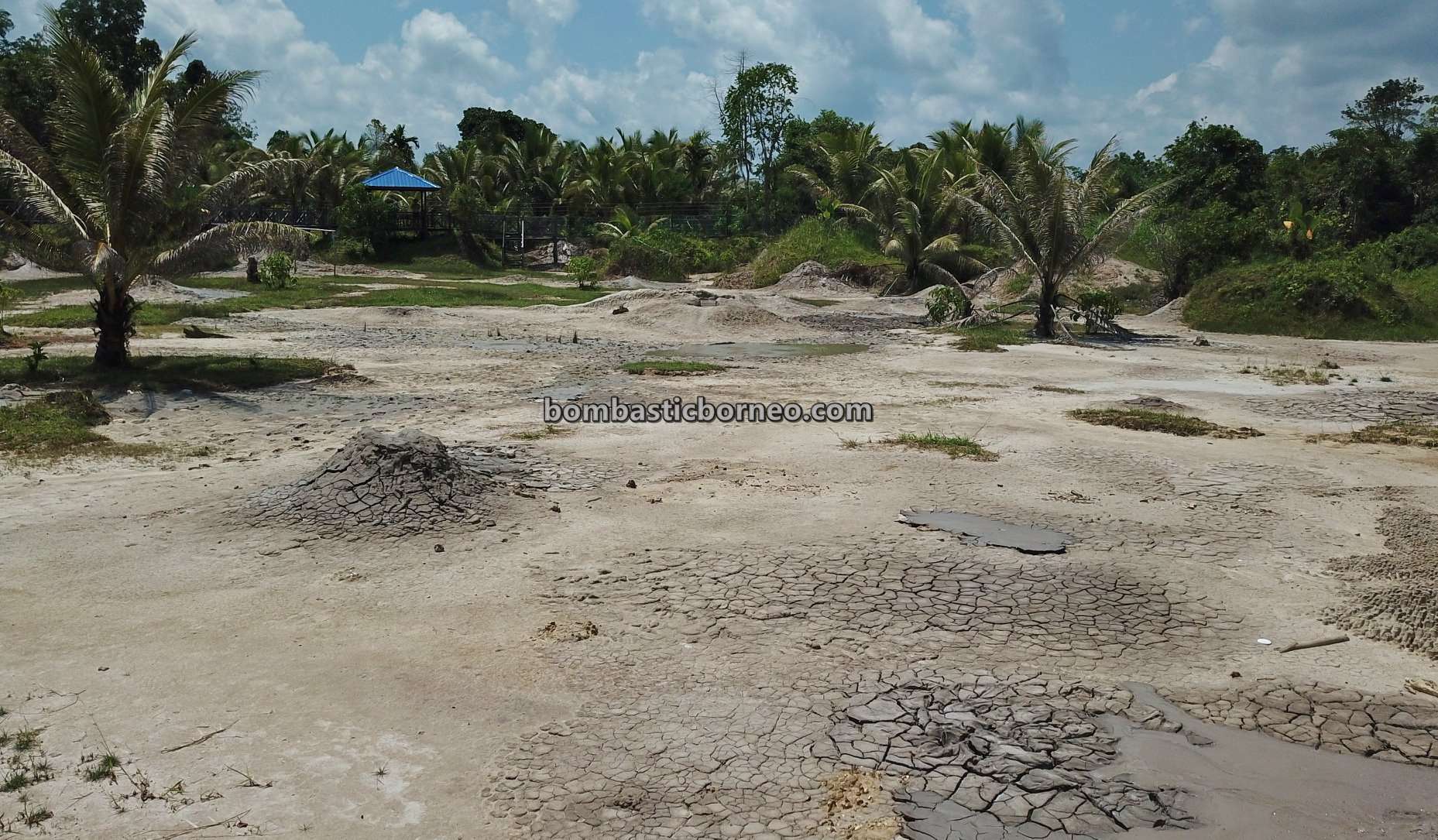 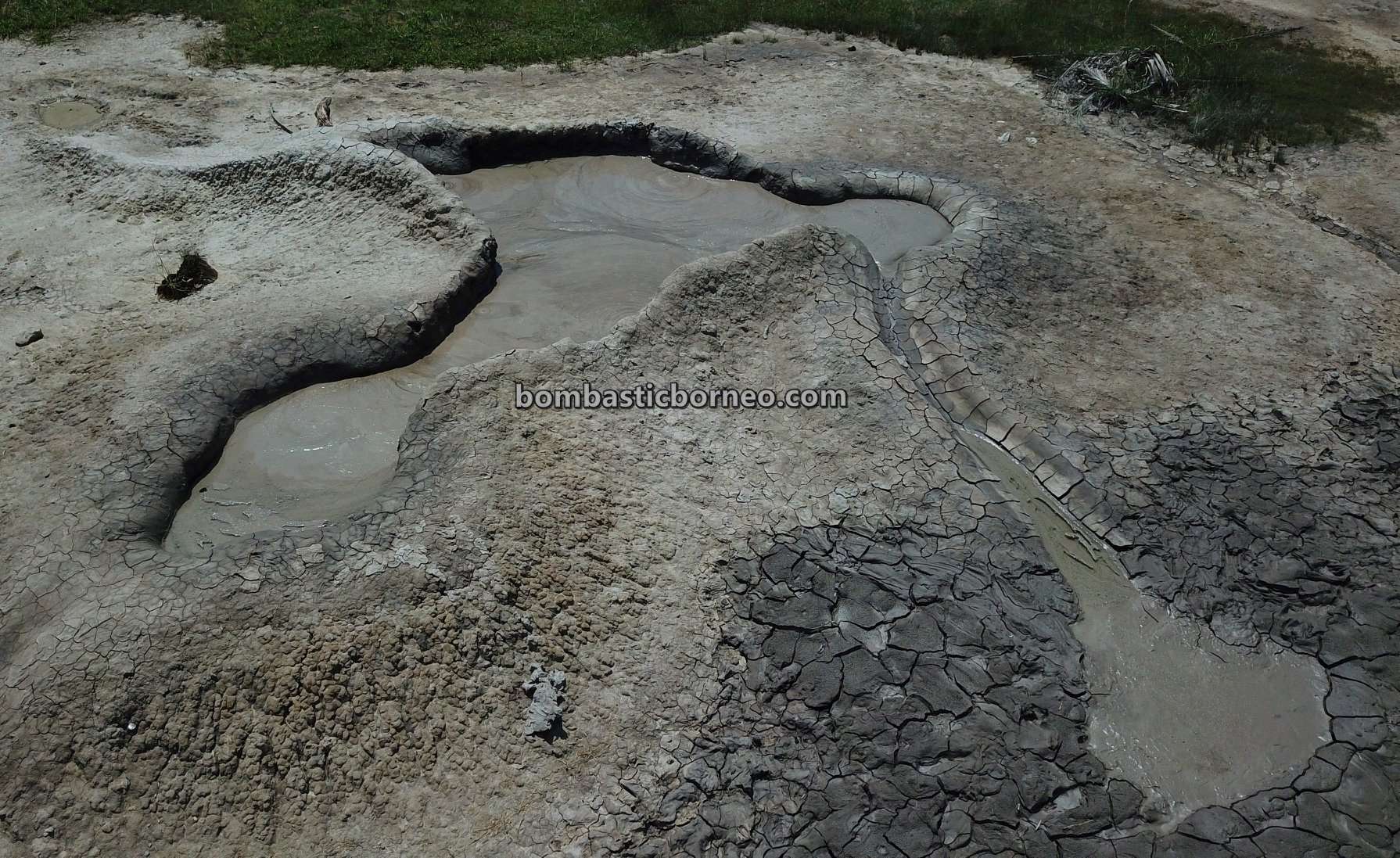 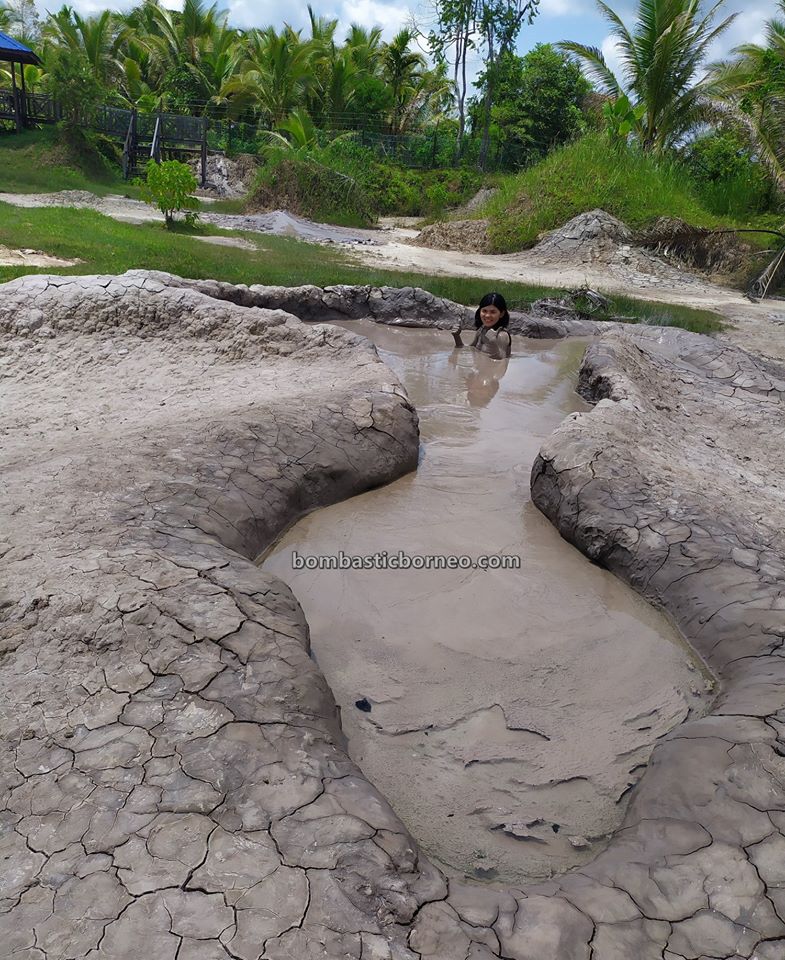 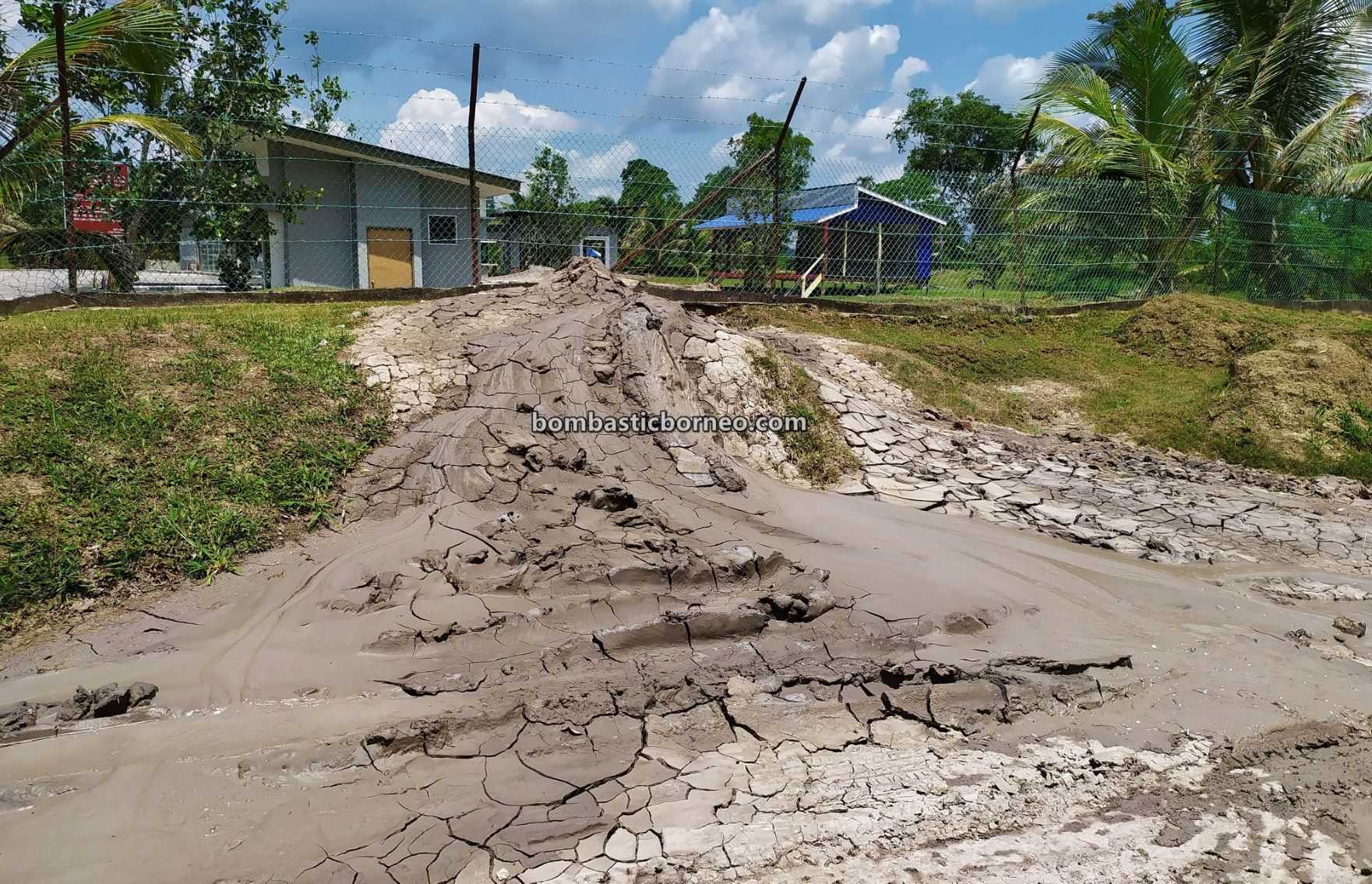 After we were done with the soaking in the cool slip pool we rinsed off at the outdoor showers provided for.

None of the indoor ones worked.

After Kampung Meritam we drove over to Tedugan for a late lunch before checking out Bukit Mas summit and the Buddhist temple with a nice view. Next…..In and around Limbang town