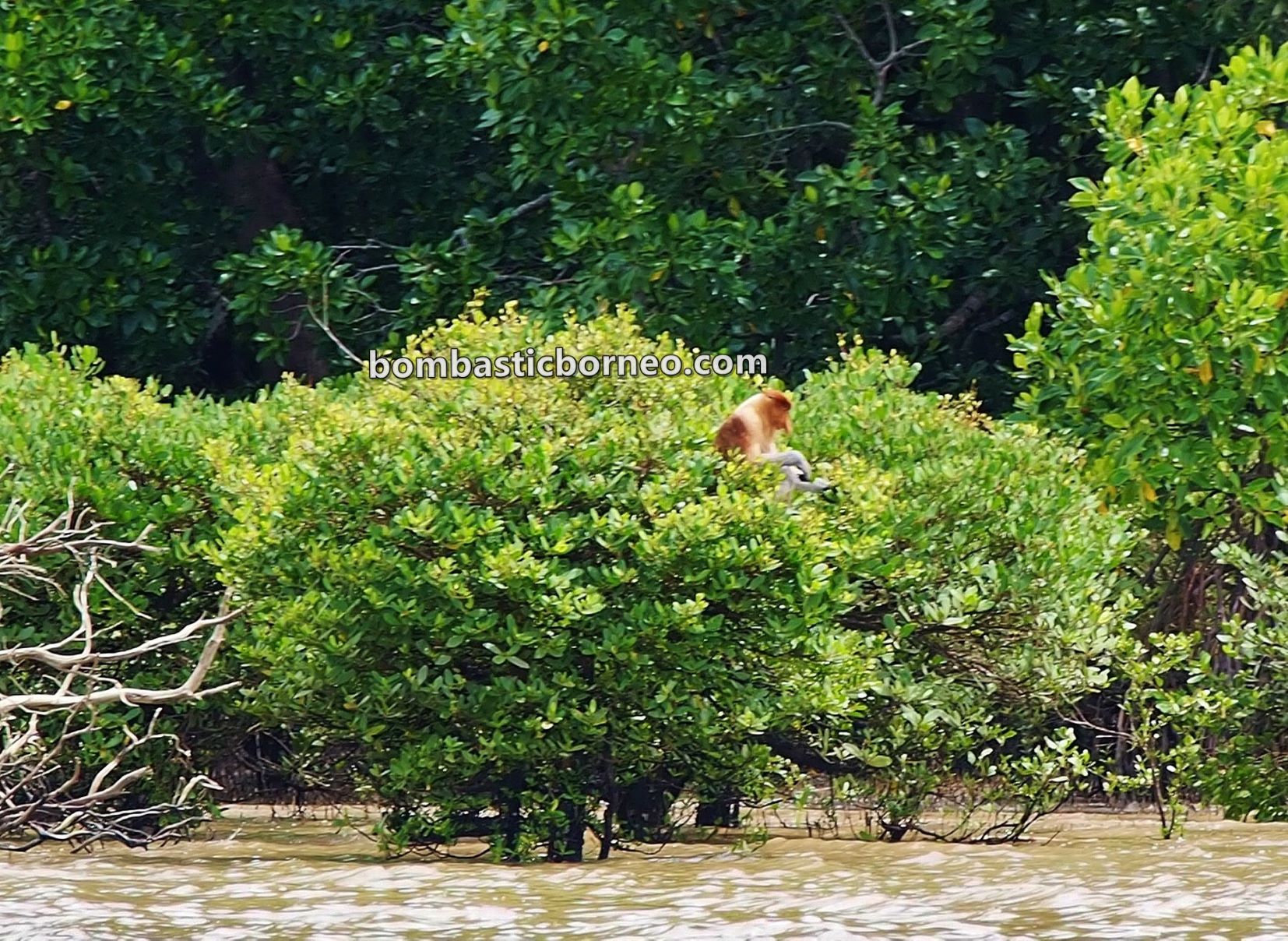 Finally, on our second and last day in Sebatik, we had something to be excited about…..proboscis monkey hunting but with cameras only. Chong our host could manage at the last minute to organize a knowledgeable boatman to bring us to where he thought would have a good chance of sighting those long noses.

We headed for Wallace Bay jetty to have an early breakfast. Four of us including the boatman departed the jetty into the cool morning sea in the direction of Nunukan. It was an open speed boat without any life jacket. 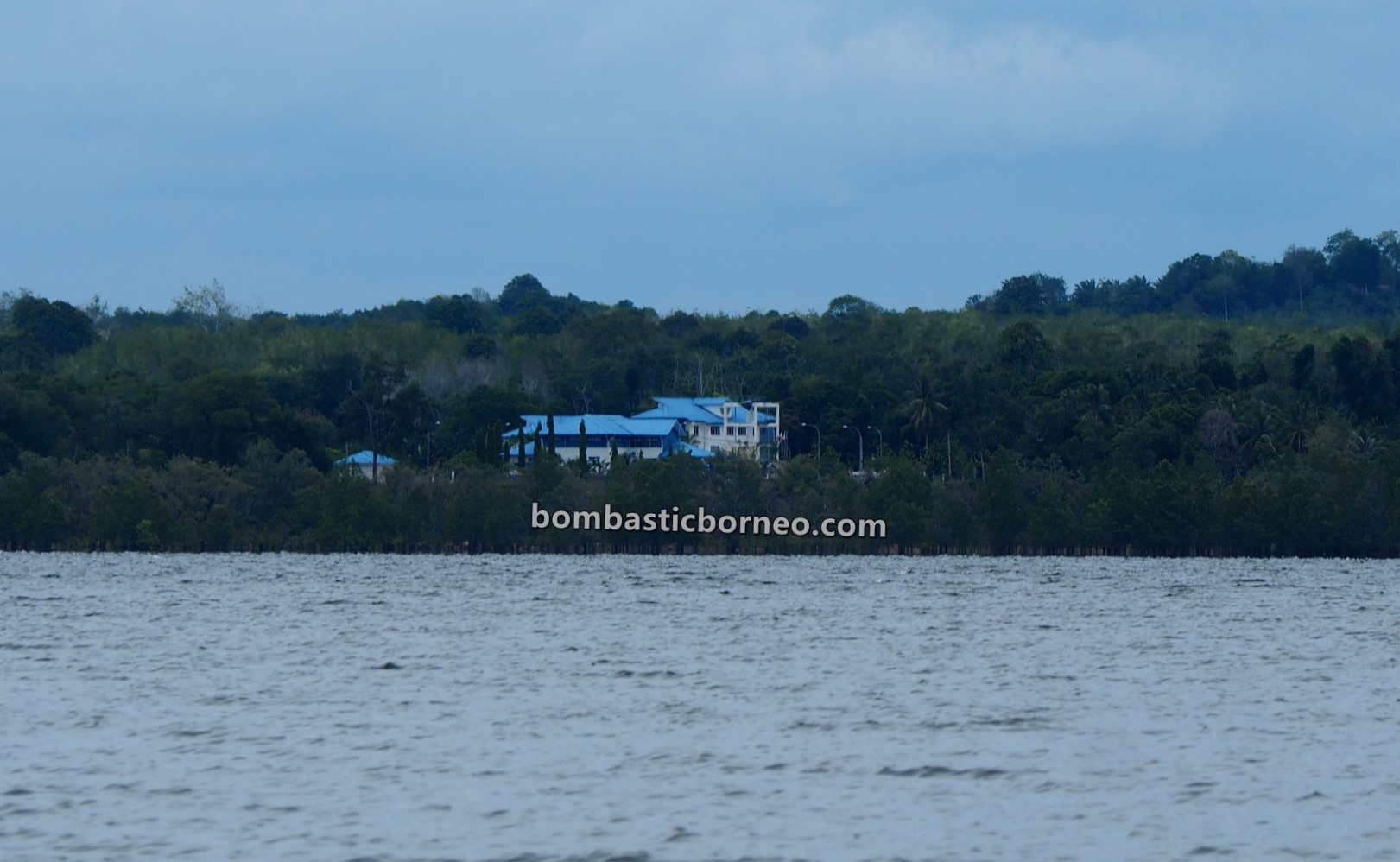 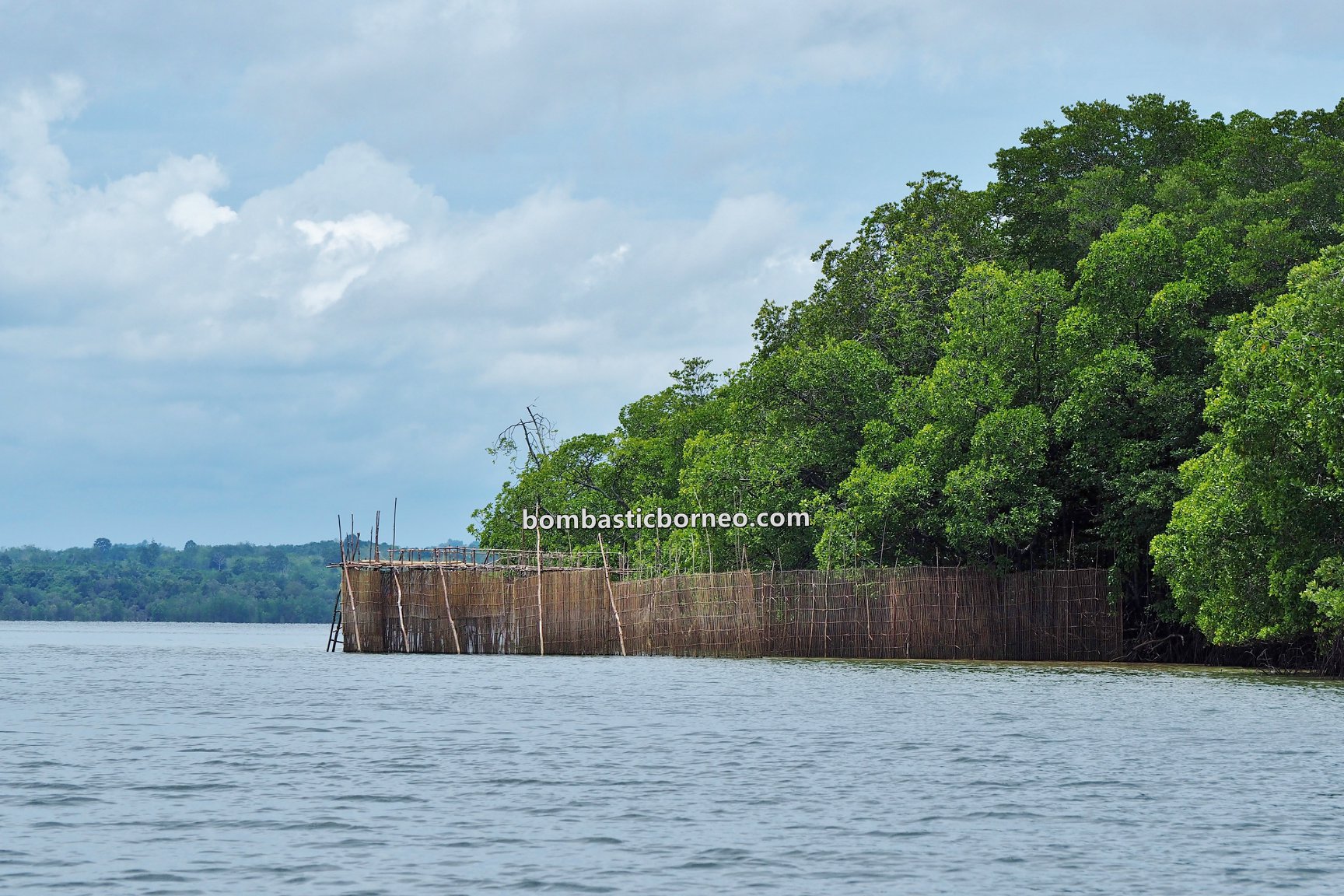 Luckily the sea was calm during the whole trip but later the morning sun was quite a nuisance. Before passing the police post we had to report to a not so friendly policeman on duty. We had to declare our purpose for the trip. Convinced or not, he let us through. Human trafficking must have been rampant to warrant a police post out here.

We continued the ride, without sight of any wildlife, until a point which was pretty near to Nunukan where the sea surface was littered with many floating plastic bottles, indicating the thriving seaweed growing industry in Nunukan.

After making a U turn, we edge nearer to the opposite smaller island. We finally saw the long noses sitting comfortably on top of young mangrove shrubs munching away their morning breakfast. They were quite shy as usual, not allowing our boat drift too near. There were at least 5 of them that morning. We came we saw. 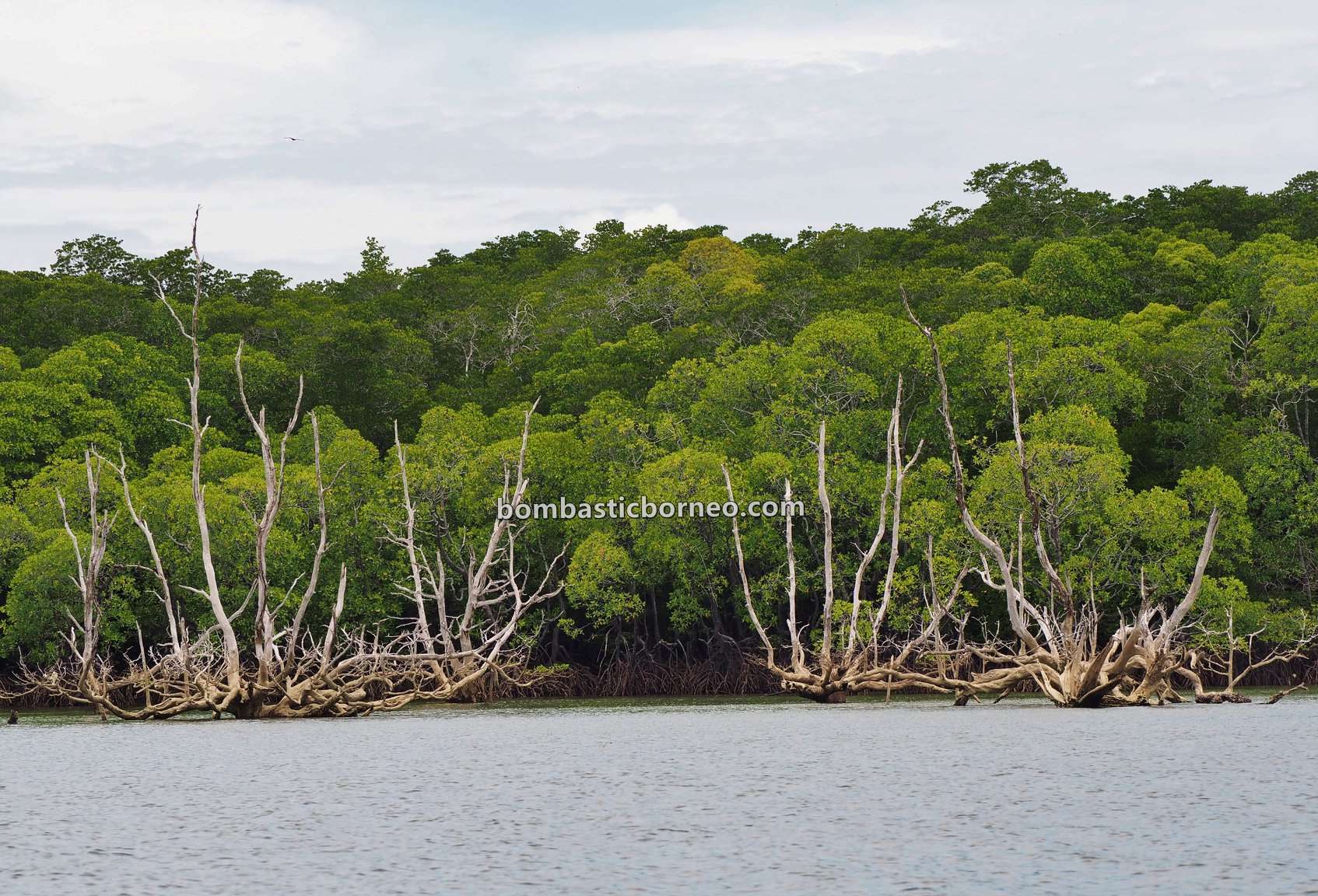 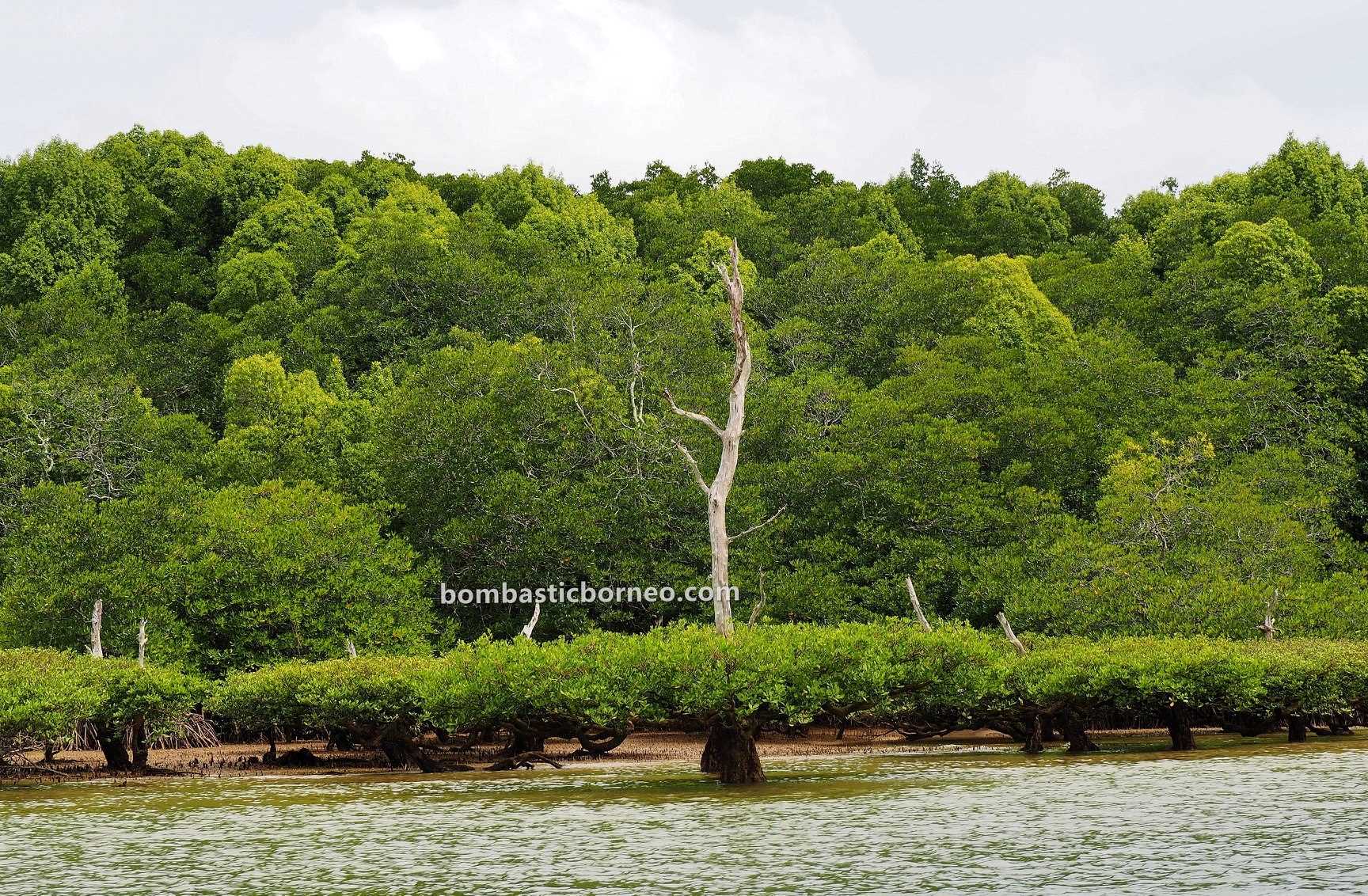 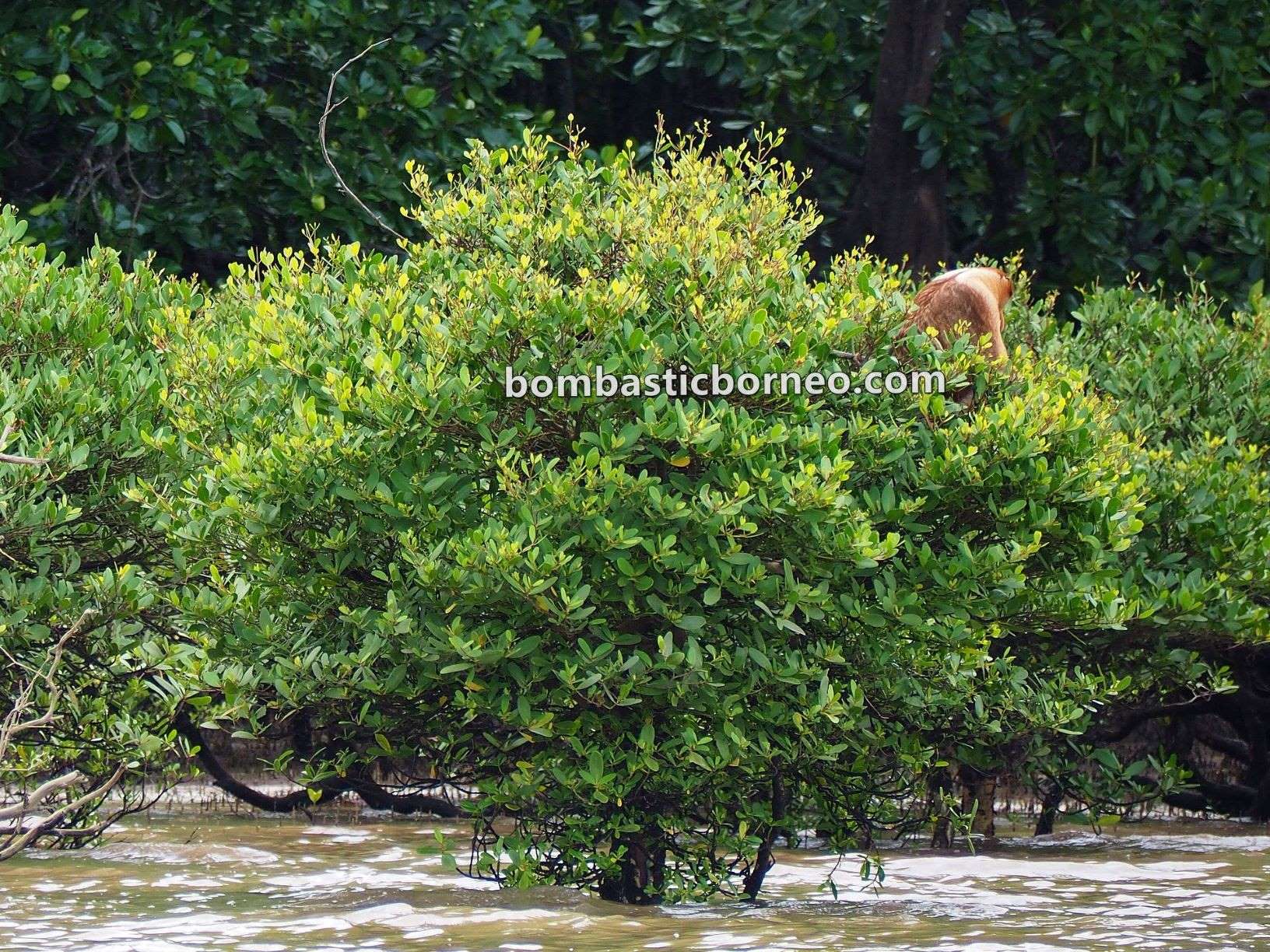 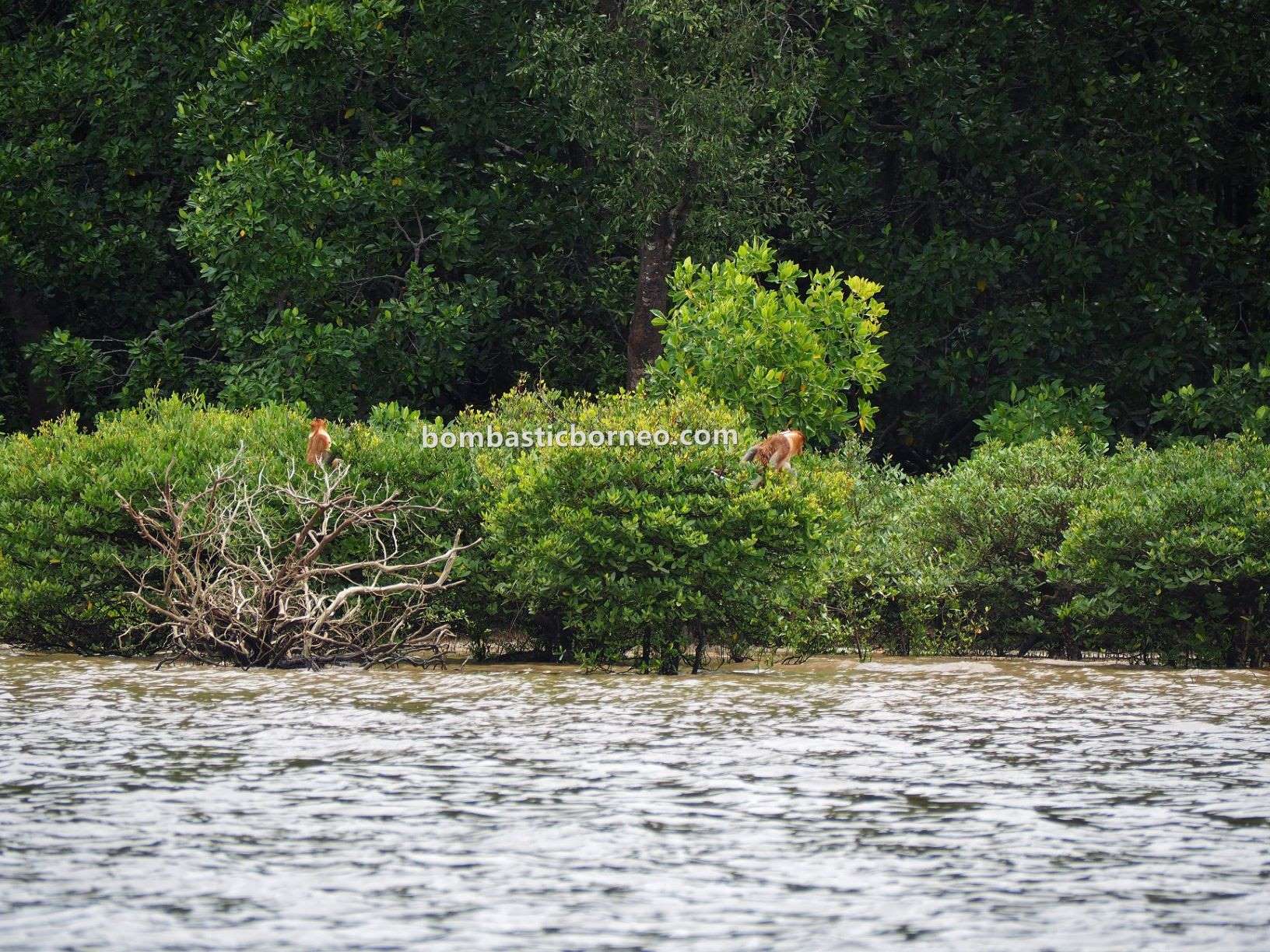 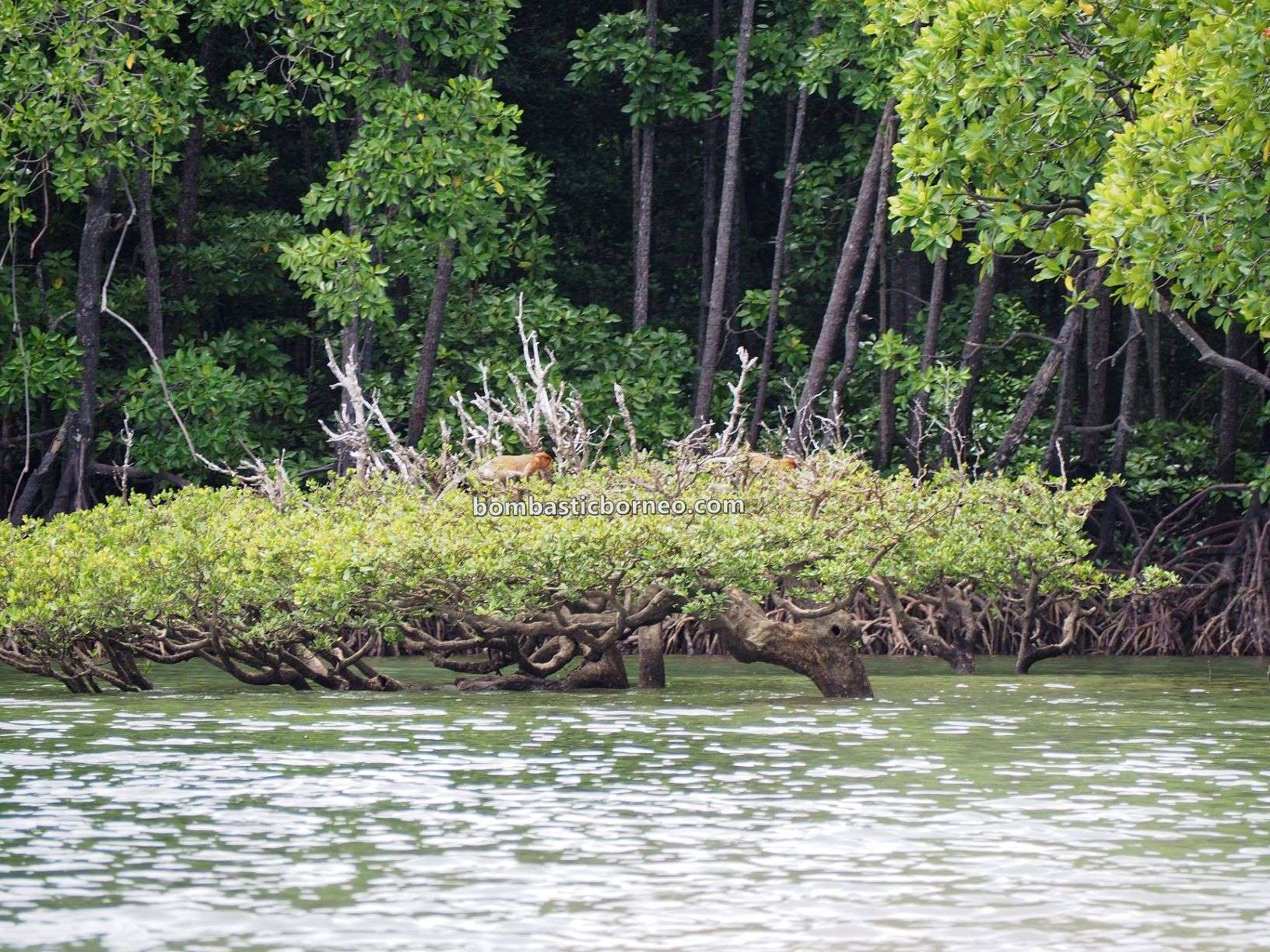 The sun was getting brutal as we decided to call it a day. Our boatman took a short cut by using some tiny mangrove river which was quite amazing. 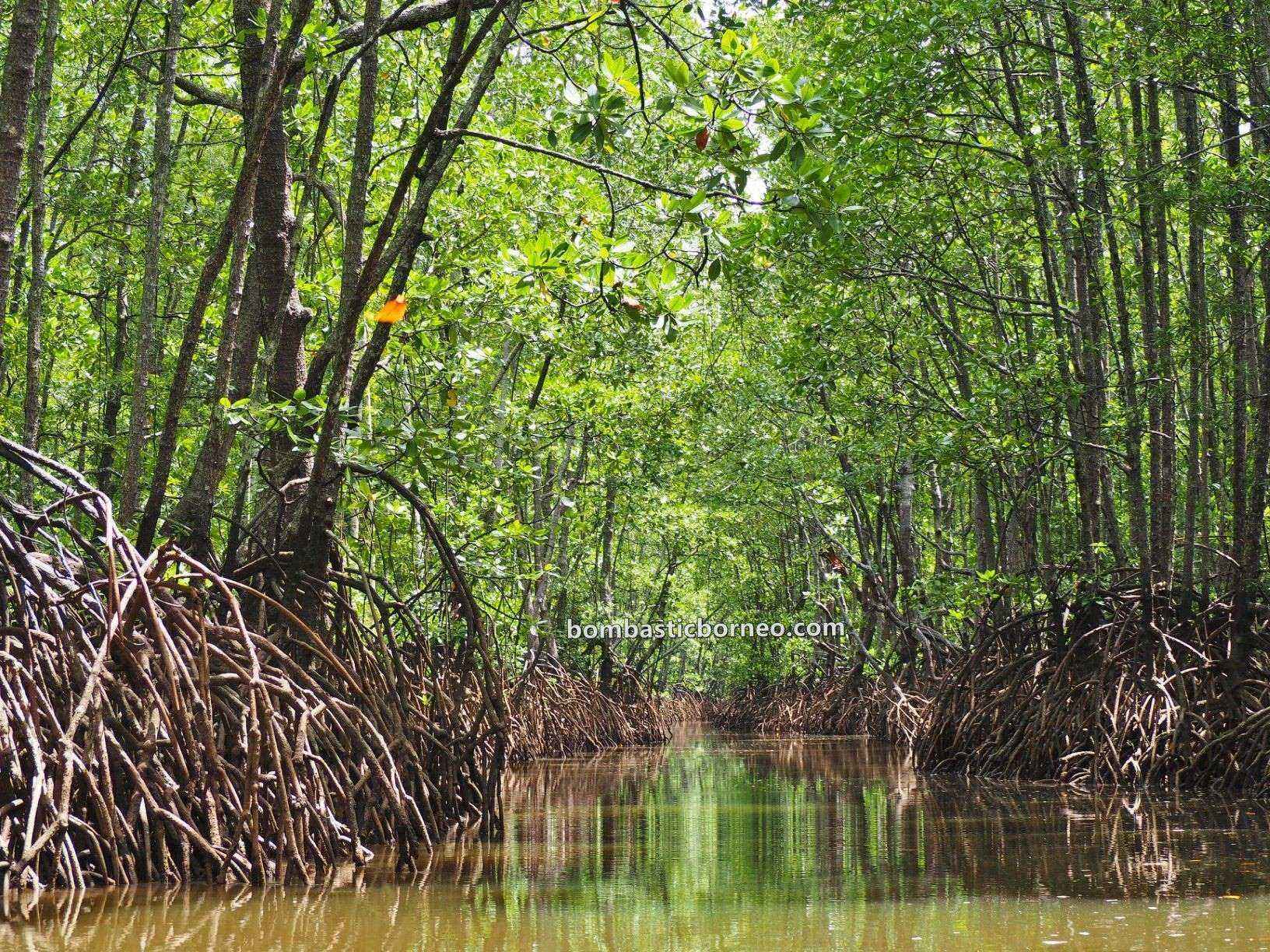 Suddenly the boat had an engine problem and we drifted to a nearby Filipino village with very simple shacks.

As the boat was getting fixed, Chong bought a few kilos of mud crab from the Filipinos which seemed to be big business here judging by the stacks of crab trap placed near the houses. 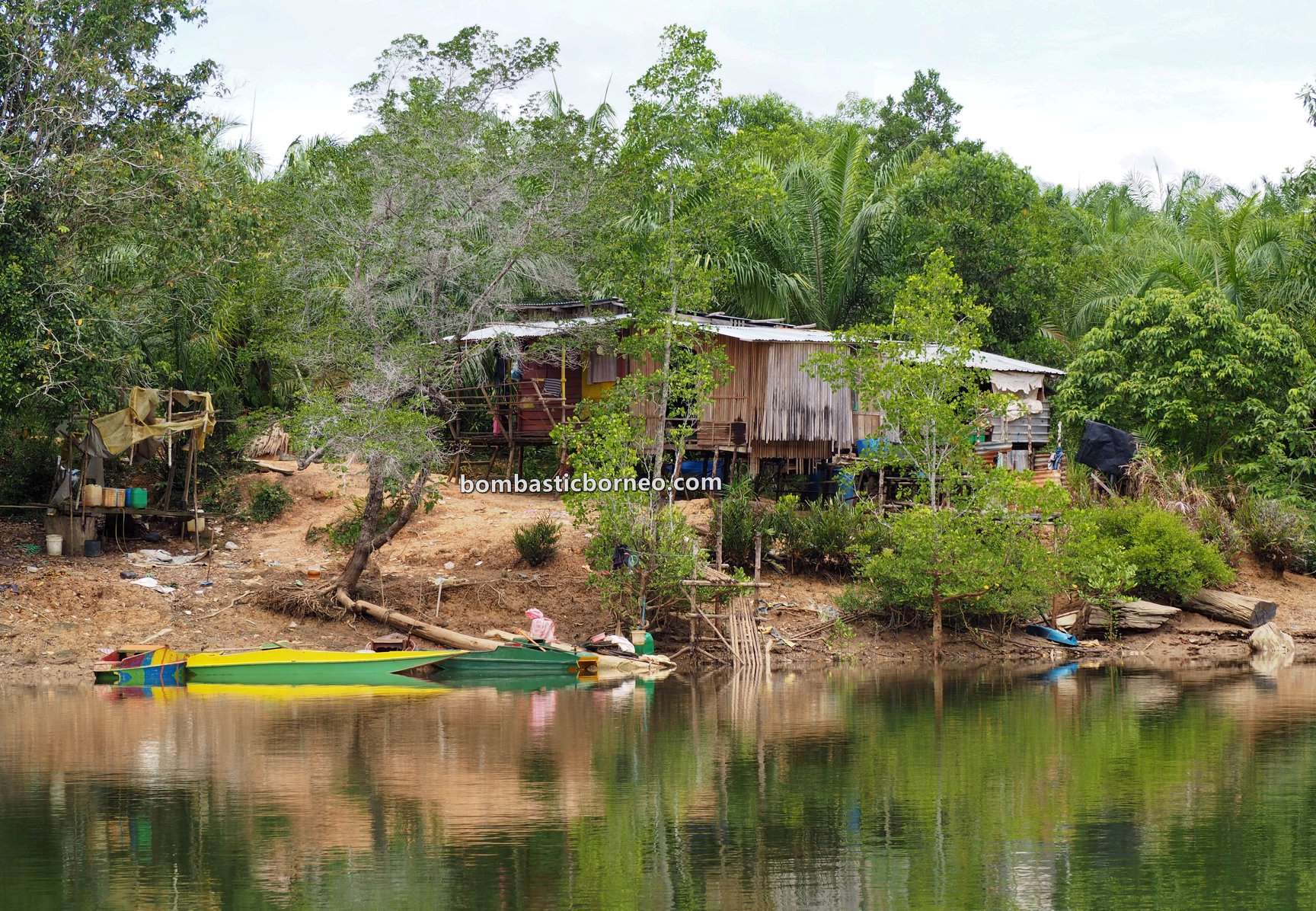 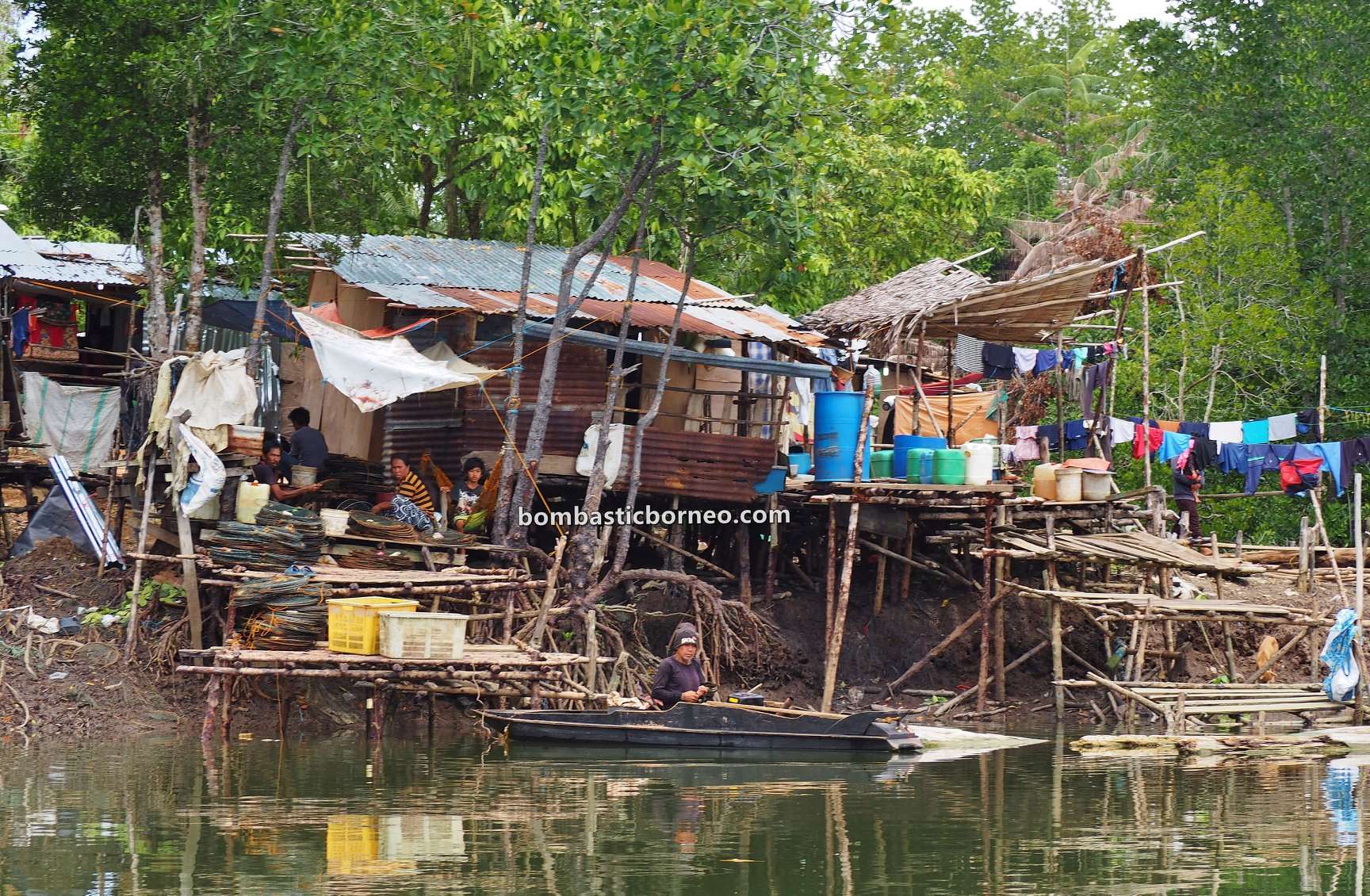 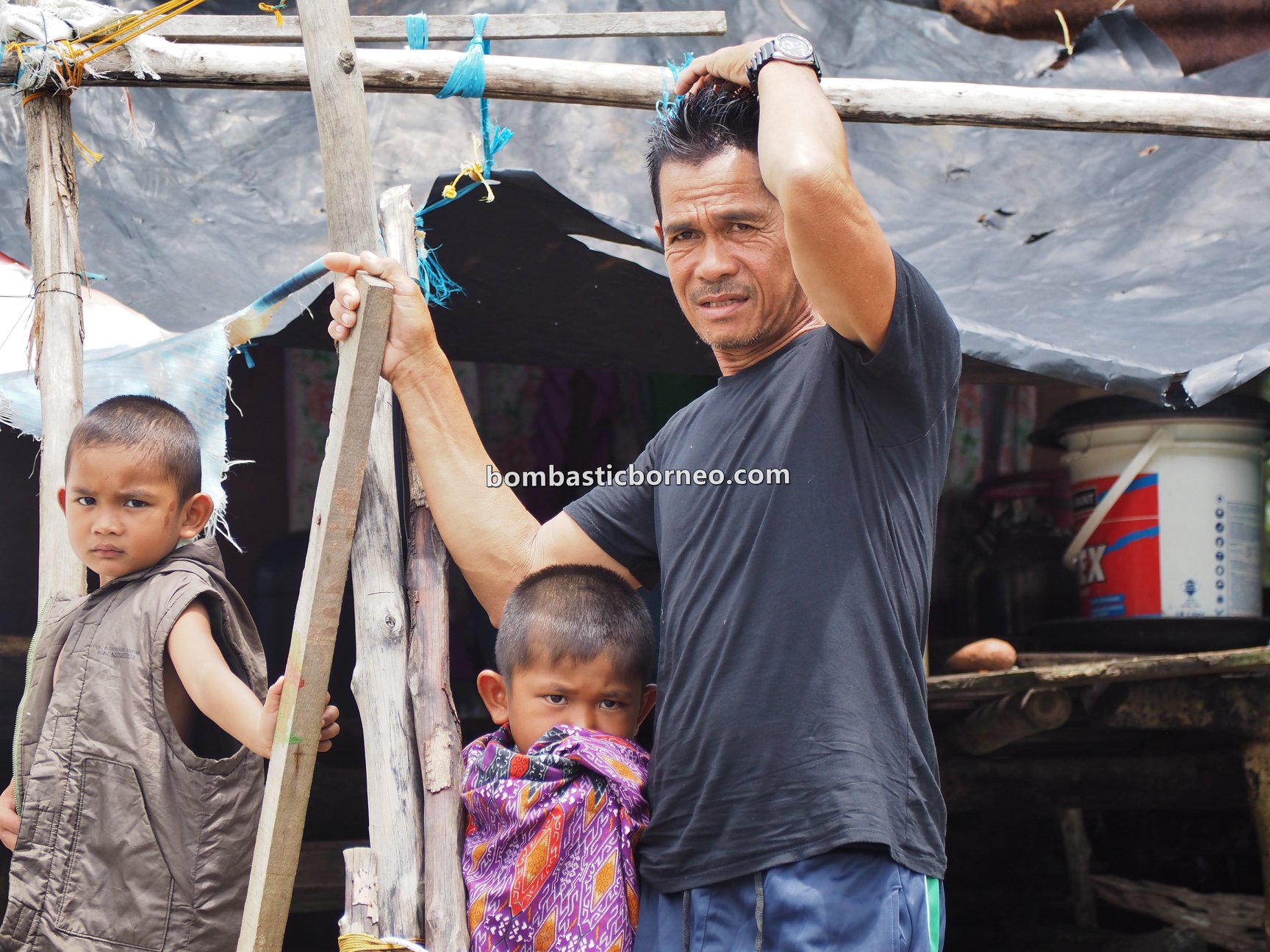 After packing up, we left for Kampung Tongkang to try our luck for the boat ride to go back to Tawau port. Indeed luck was with us. After waiting for half and hour for passengers to fill up the boat we thank and bade farewell to our host Mr Chong.

Tourism I believe is still doable here in Sebatik with the availability of the proboscis monkey. More activities could probably be done if we had stayed longer. I hope tour operators in Tawau could give Sebatik island a try by doing at least a day trip package to view the proboscis monkeys and with a lunch thrown in at Mr. Chong’s farm. The farm fresh poultry and fish would be awesome for lunch besides taking a peek at the inside of his swiftlet farm and a birdnest drink would be perfect or guests. Next…..more Tawau stories