We received a call one afternoon from our friend Mac who hailed from Kampung Padang Pan a Bidayuh village in the Bau district of Sarawak. Mac told us that there would be a healing session in his village that very night. Instinctively, I knew it would be something major otherwise Mac would not have bothered us. So we drove to Padang Pan that night without much prior knowledge as Mac was brief over the phone. We had been through many events together with him in other villages in Kalimantan and Sarawak. He knew exactly what we were into and what was newsworthy. 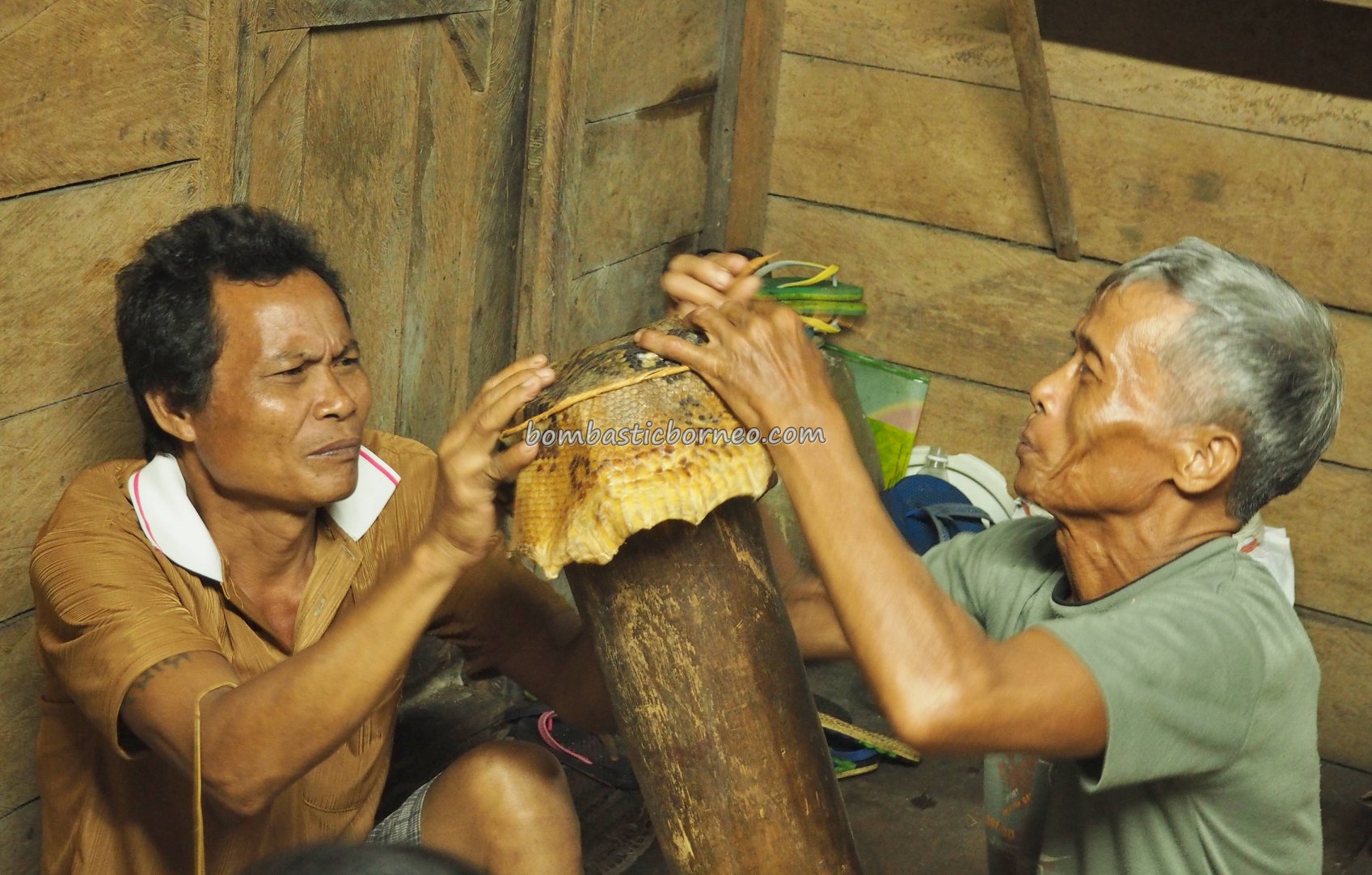 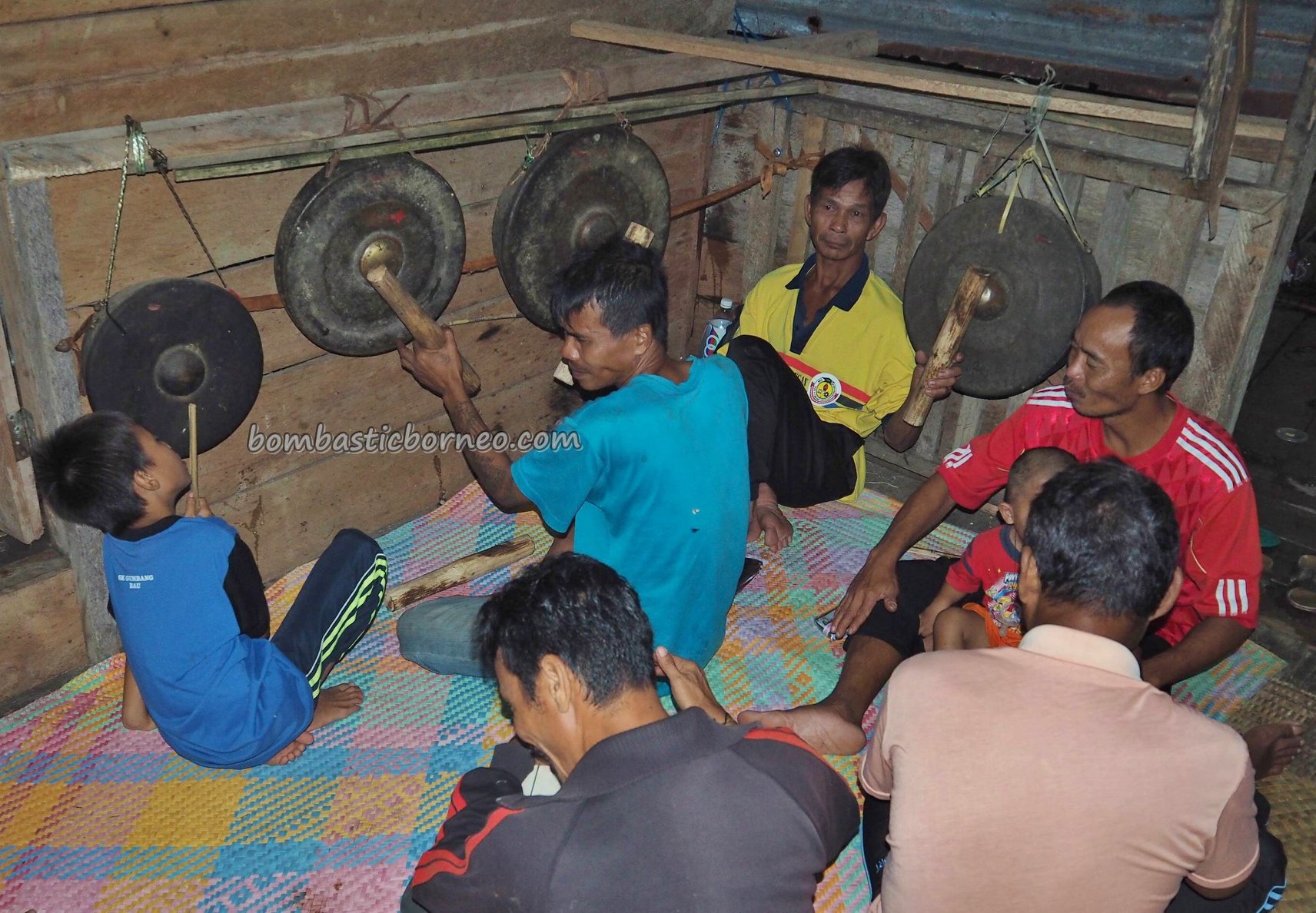 Anyway, it was our second experience of a major healing session. The first was at nearby Gumbang village 2 years earlier. But this time the difference was that the recipient of the healing was a shaman herself. She had tried all mainstream medical treatments without any improvement. She was struck with lung cancer. Her husband had no choice but to turn to her fellow shamans from Padang Pan and Gumbang for help.

To the 7 shamans that turned up that night she was to them like a sister, a comrade and a friend. They had to save her by all means even though doctors had given up. They knew it was a desperate and an uphill task. They brought with them all their magic stones, crystals and whatever talismans in their possessions to invoke divine intervention. 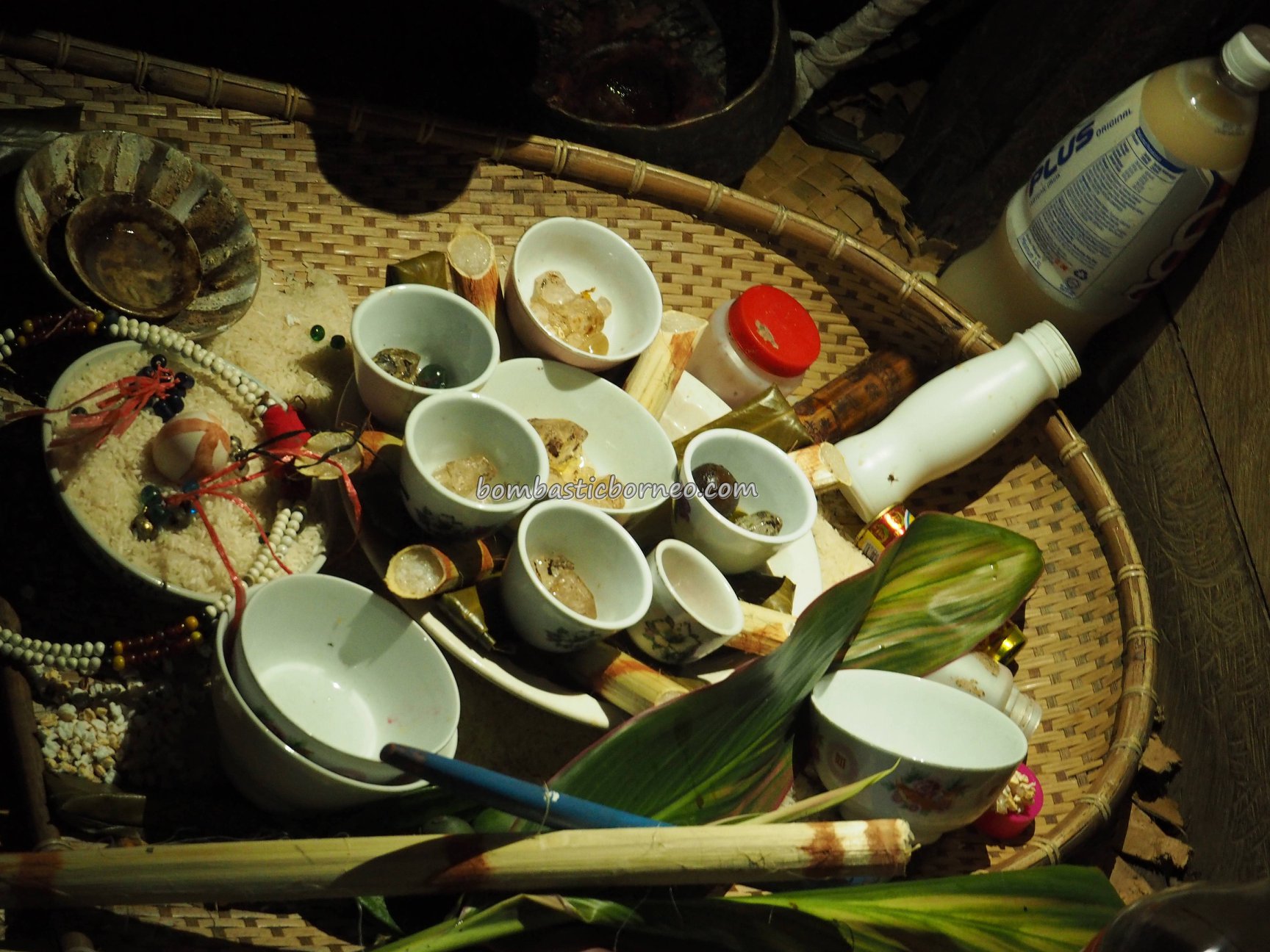 A long white cloth was tied to a crossbeam in the ceiling of the house, signifying an umbilical cord through which their ‘kamangs’ or ancestral gods would descend to empower these shamans as they held on to it and circumambulate to the rhythm of the gong. Gradually, we could see the trance state of the shamans built up into a dance. 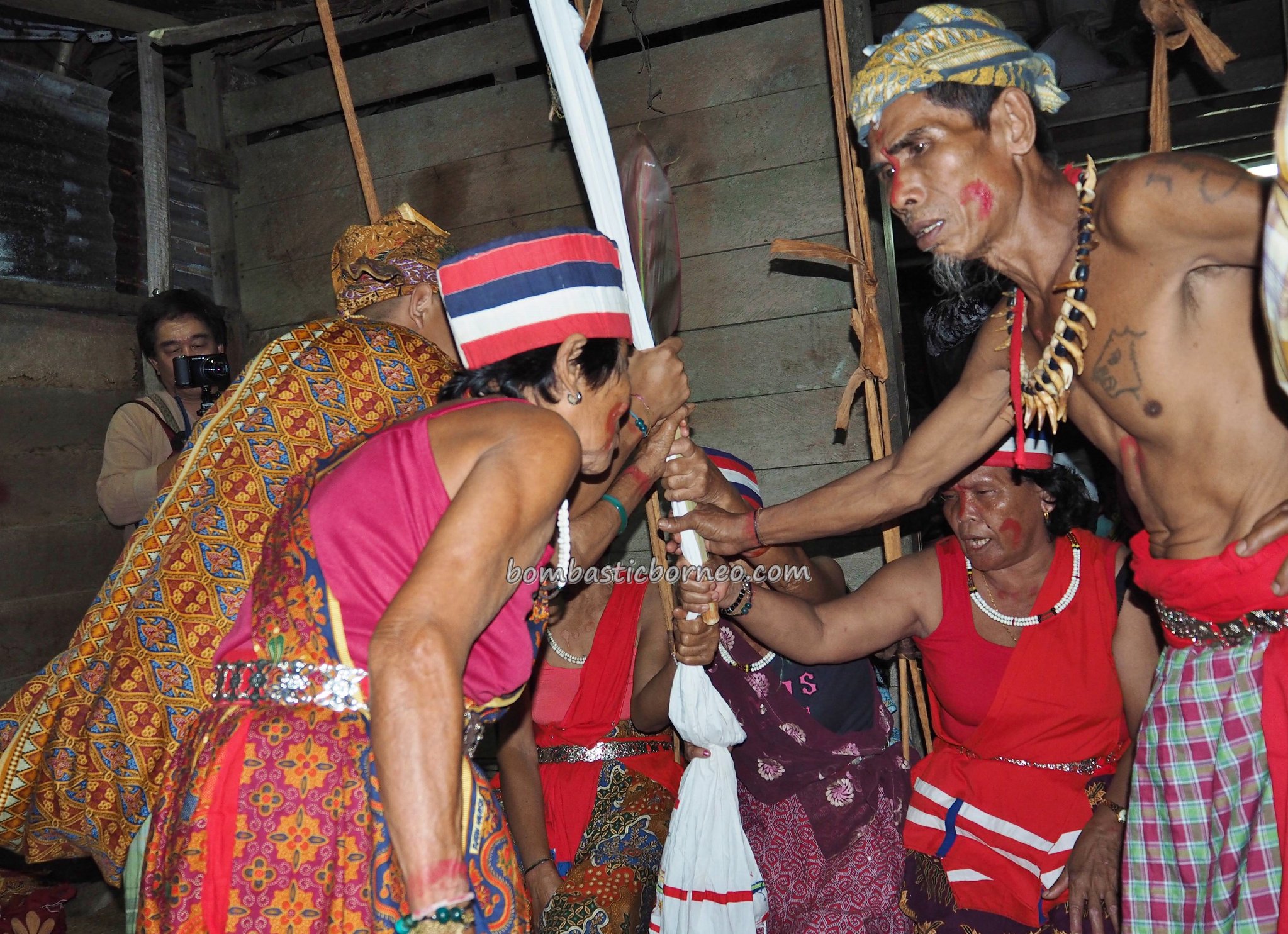 By the way, all Bidayuh healers have invisible hooks or ‘kail’ installed in their middle fingers and tongues which empower them to either hook or suck sickness causing ‘objects’ out of patients’ bodies. These objects can come in the all forms like needles, nails, roots, broken glass or stones.

The dancing was accompanied by gong music and a very melodic chanting by the lady shamans. Then suddenly, the tempo of the gong shifted into a frenzy mode before five of the shamans dropped onto the wooden floor and started wriggling like snakes on their backs towards the sick lady who was lying at the far end of the room. As they reached her, they laid beside her for about a minute, motionless. 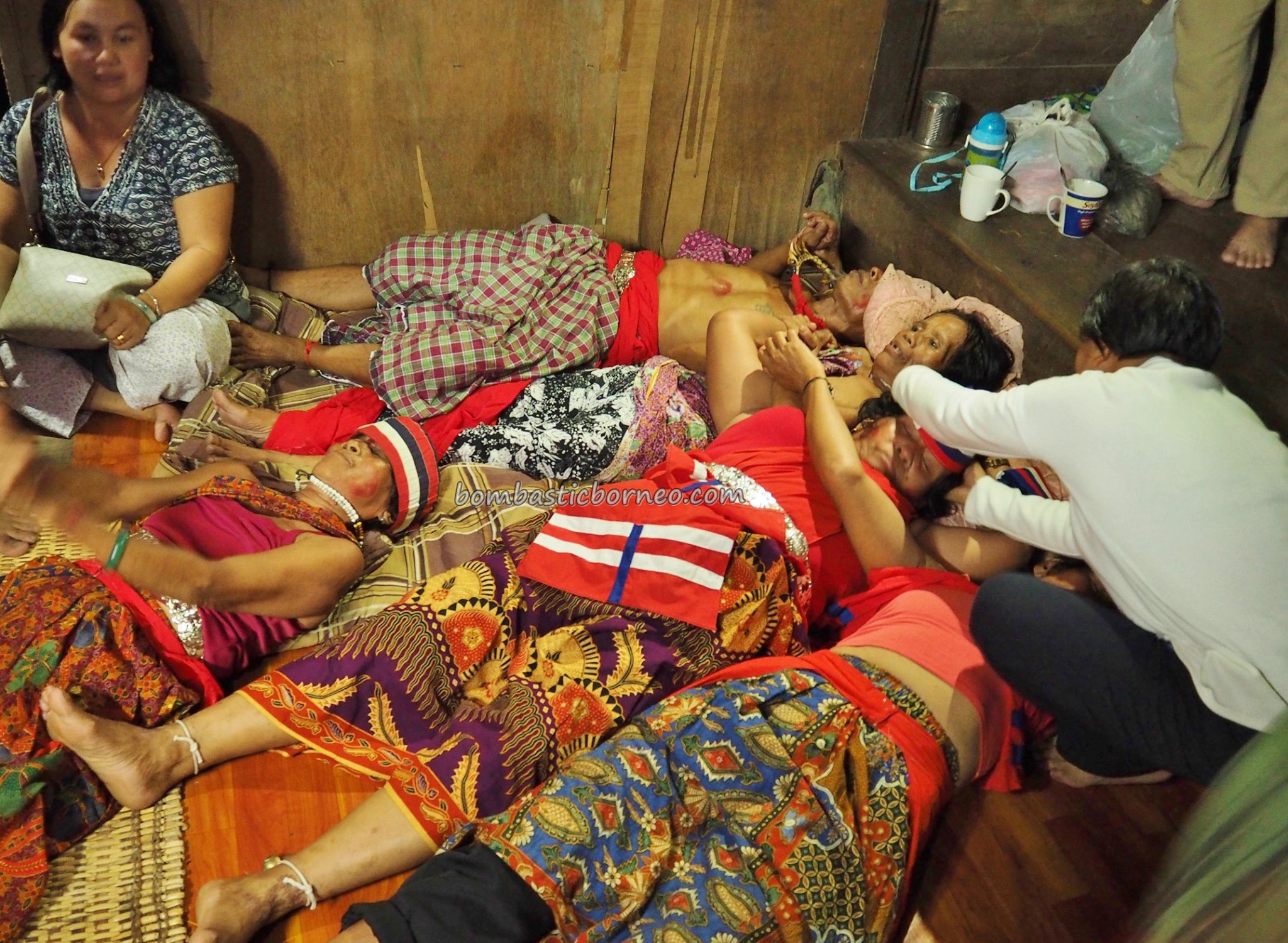 After they got back to their conscious selves, more rituals continued and one amazing part was the holding of an egg with open palms. The egg stayed glued beneath the open palms like a magnet. Aphak was even more impressive with the egg hanging by the tip of his middle finger. 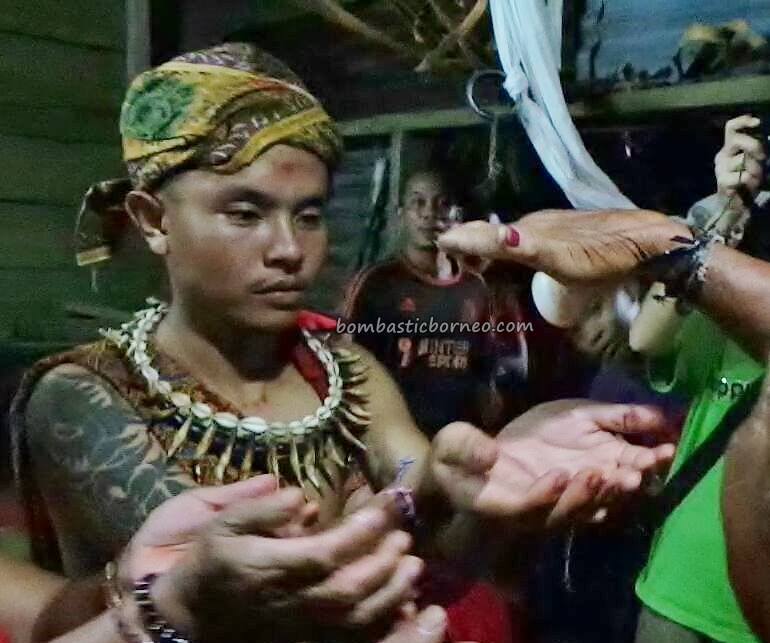 Then the shamans started laying hands on her naked chest while some would suck with their mouths on different parts of her body. They sucked out different stuff like metal wire, nail and bundle of roots from her body and placed the sickness causing objects into the open mouth of the dog’s decapitated head. 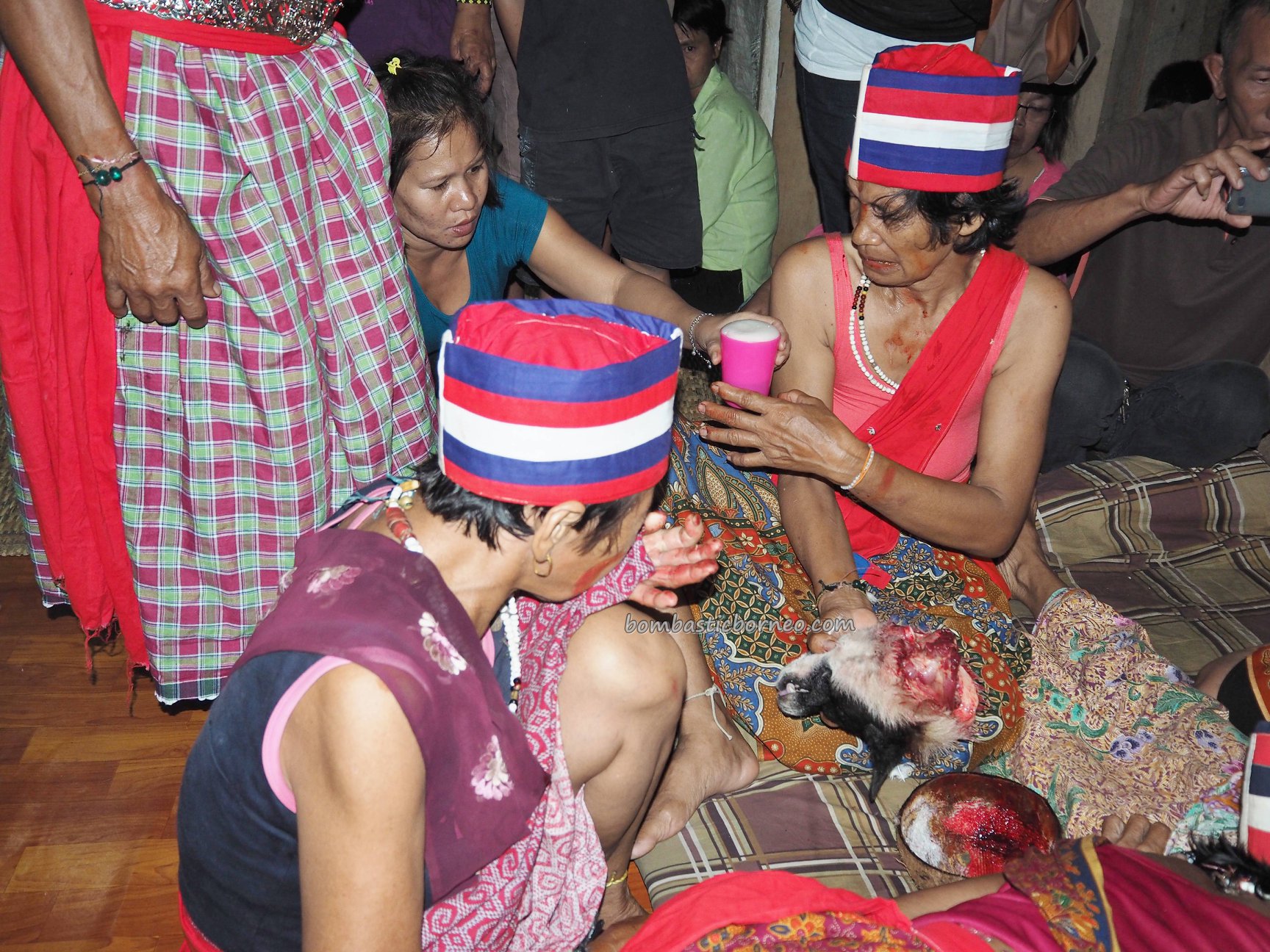 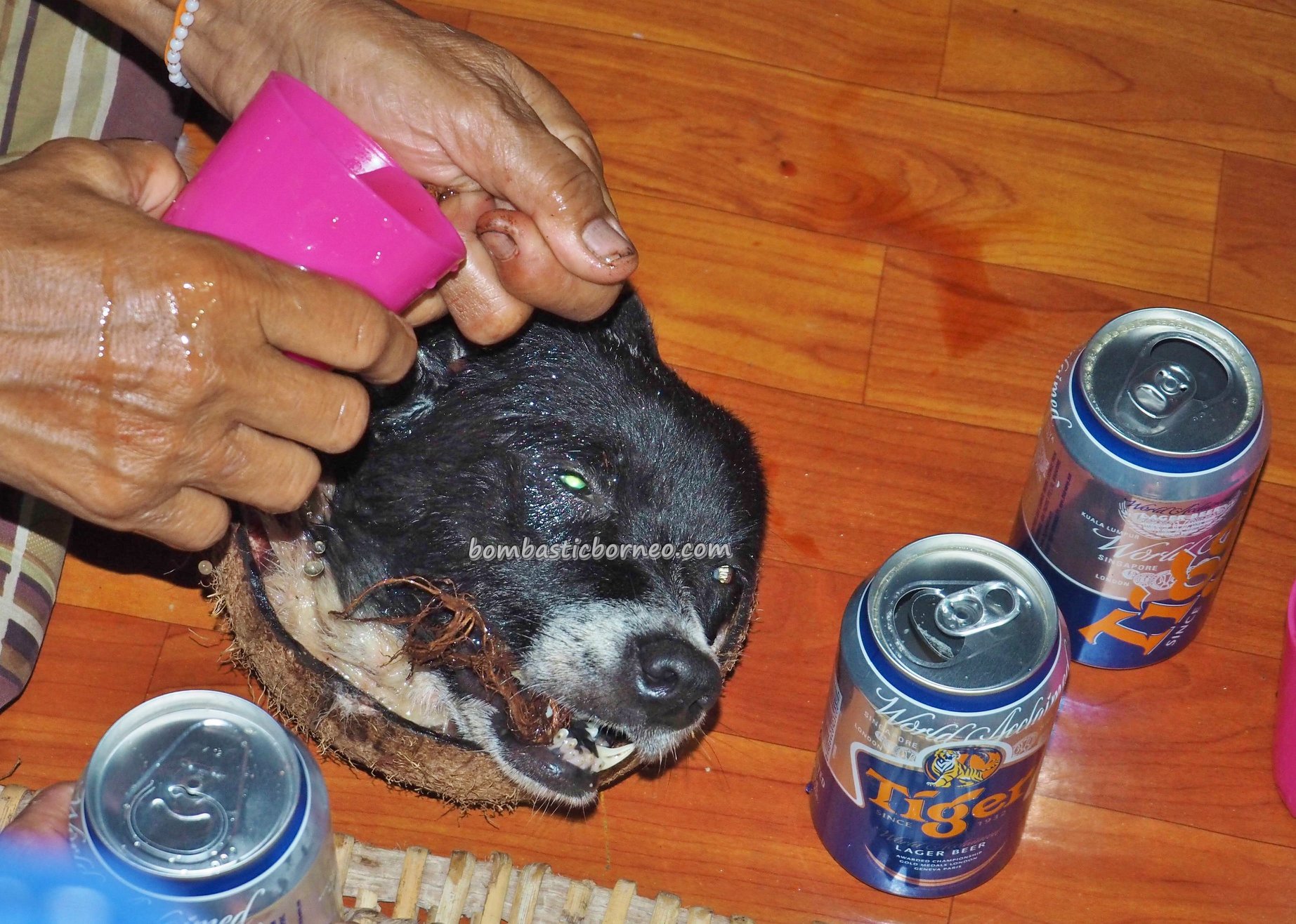 Perhaps, that meant the sacrificed dog’s spirit had to shoulder the sickness of the patient. If that was the case, then this karmic transfer from human to animal would be very interesting indeed, if not clever.

The actual healing session was short compared to the preparation. The assistants were standing by somehow knowing the shamans were going to collapse anytime as the healing spirits leave their physical bodies. They laid in the arms of the assistants with eyes closed and looking somewhat lethargic. It took them a couple of minutes to come round and suddenly the village folks attending the event would take the opportunity to have their own ailments treated by the shamans. After all was done with, the shamans had some beers and called it a day.

We too packed up and drove back to the city bewildered by some of the things we saw, some of which we could not understand right there and then but partially understood after consulting some of our Bidayuh friends like the painting on a leave before drying it over the fire, the divining using two pieces of green leaves and the measuring of the peeled bamboo after the kamangs left the shamans. 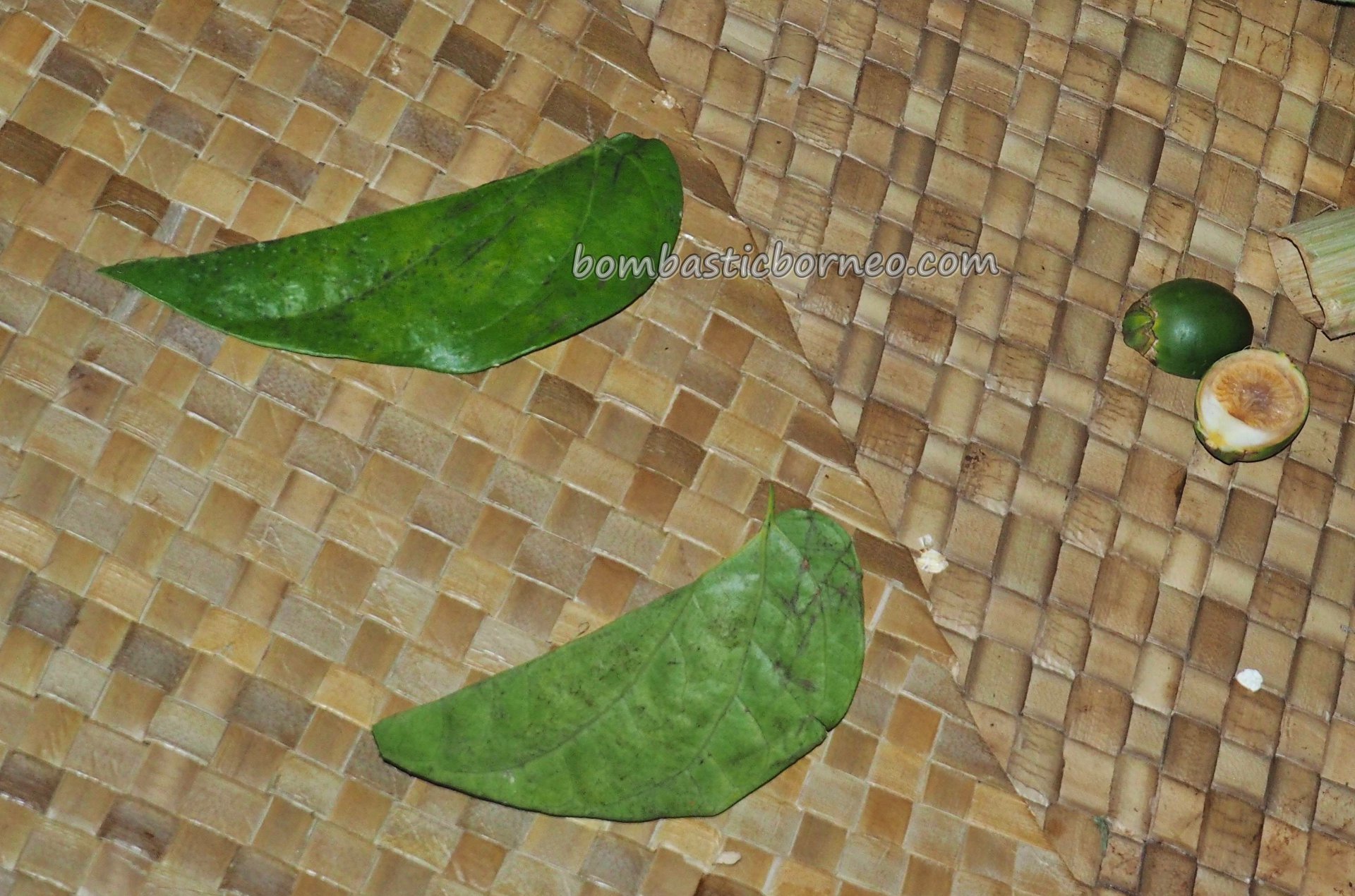 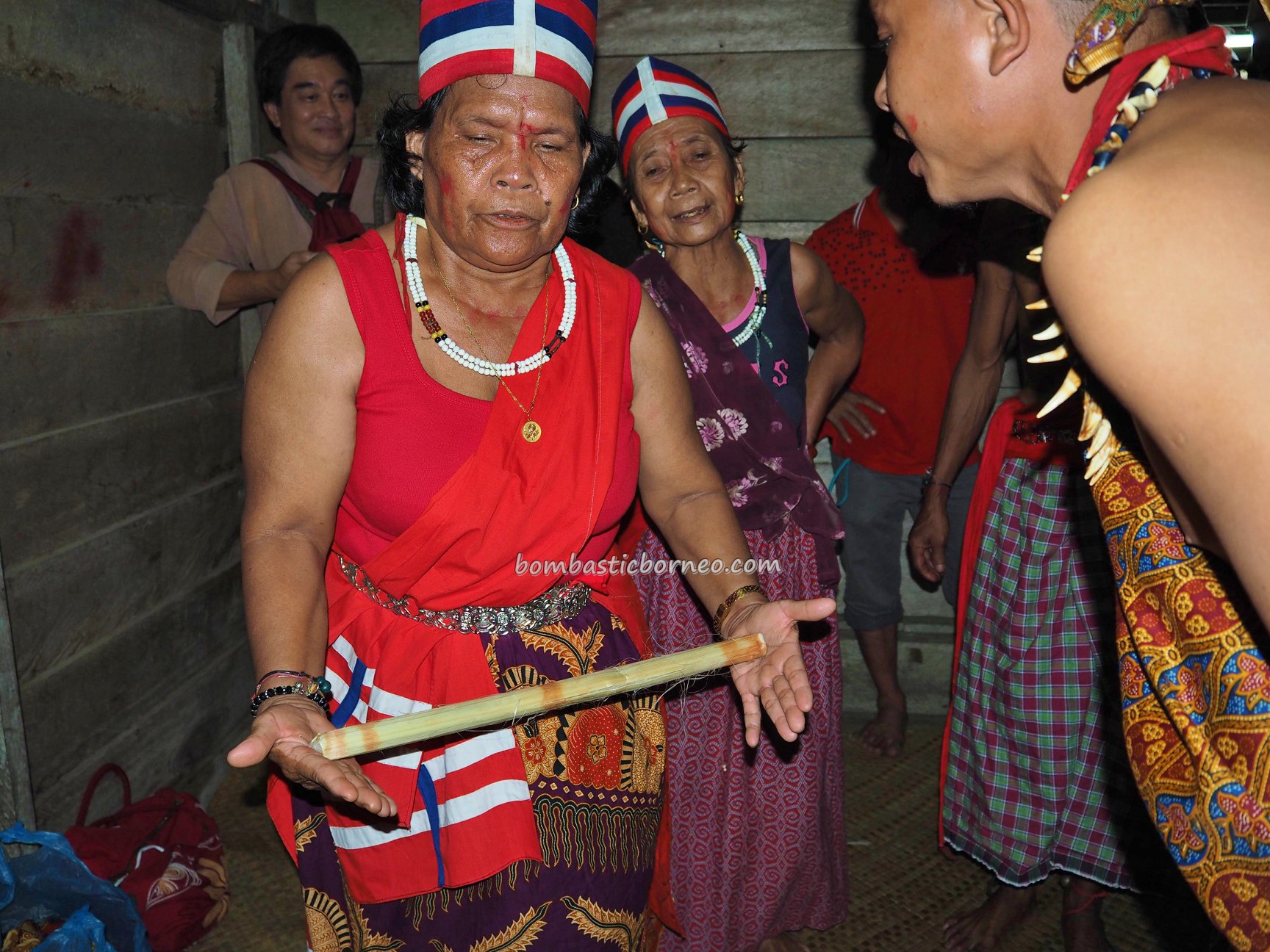 Our biggest question that night was “Will she be healed?”. Unfortunately some weeks later we received the sad news that she had passed on. May her soul rest in peace and condolences to her family. The best doctors could not help her and her shaman colleagues with the intervention from the kamangs could not help either.