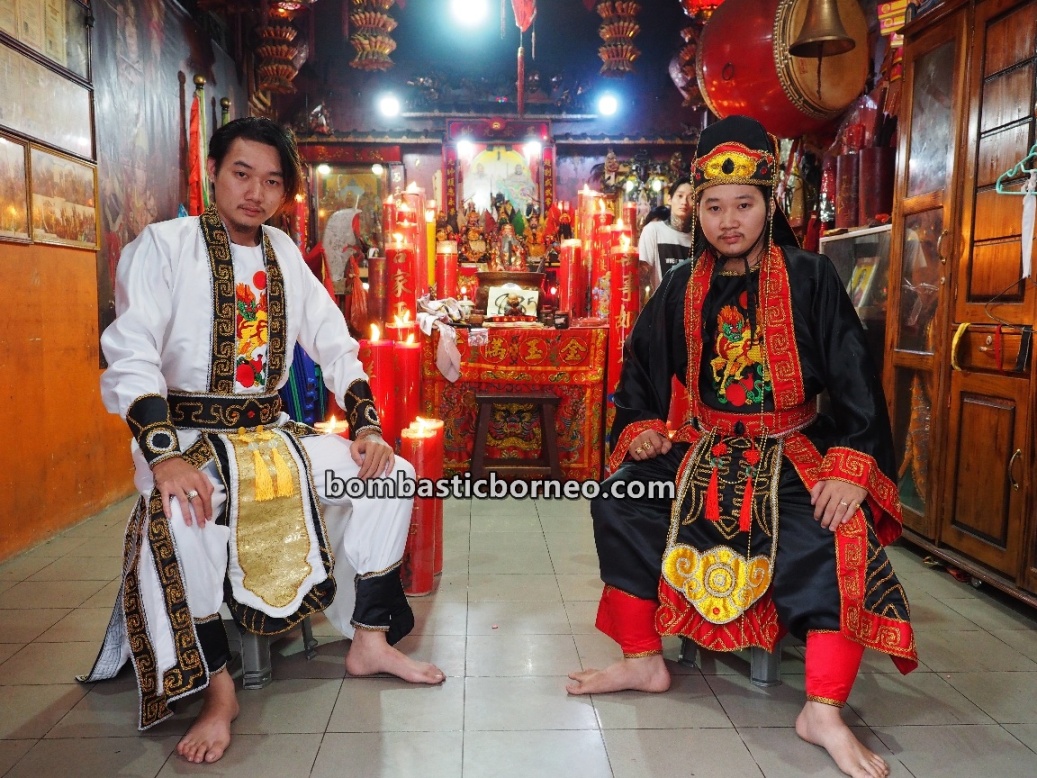 While visiting the Hakka town of Singkawang during the Lunar New Year 2019, we bumped into Pak Norman, a very popular local photographer whom we acquainted many years ago in Sebujit.

He kindly offered to show us around visiting a belian wood furniture factory, a Malay fishing village, venue of the Singkawang Imlek 2019 and the most surprising of all was when he suggested visiting a family of tatung or mediums in a temple in town.

Singkawang has always been popularly called Kota Amoi because of its many Hakka girls but recently it has been bestowed the title of ‘Kota Seribu Kelenteng’ or ‘City of a Thousand Temples’. Rightly so.

To see is to believe. Of the thousand or so temples here, Pak Norman suggested visiting the temple of the late Sifu Ajung, now managed by his 9 children. Pak Norman must have known this family for ages as he had some impressive tales to tell about Sifu Ajung. The so called temple was more like a big shrine in the middle of a row of shops. 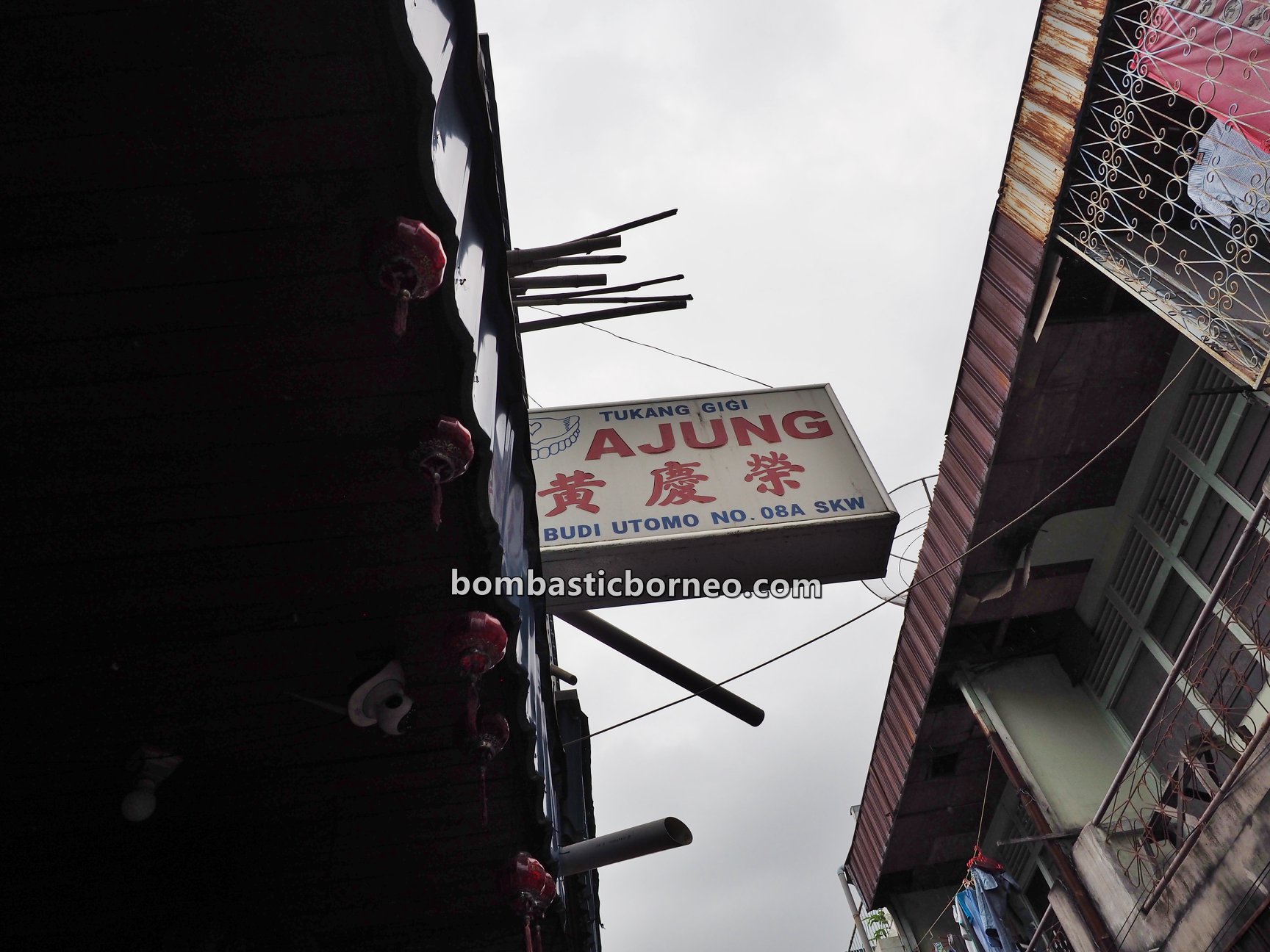 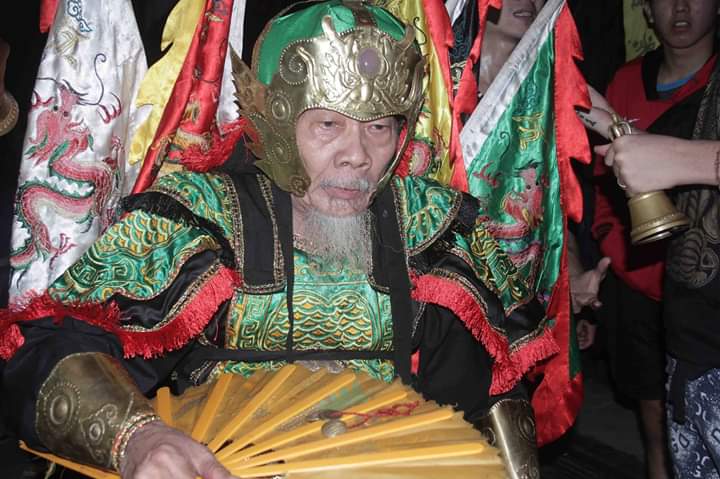 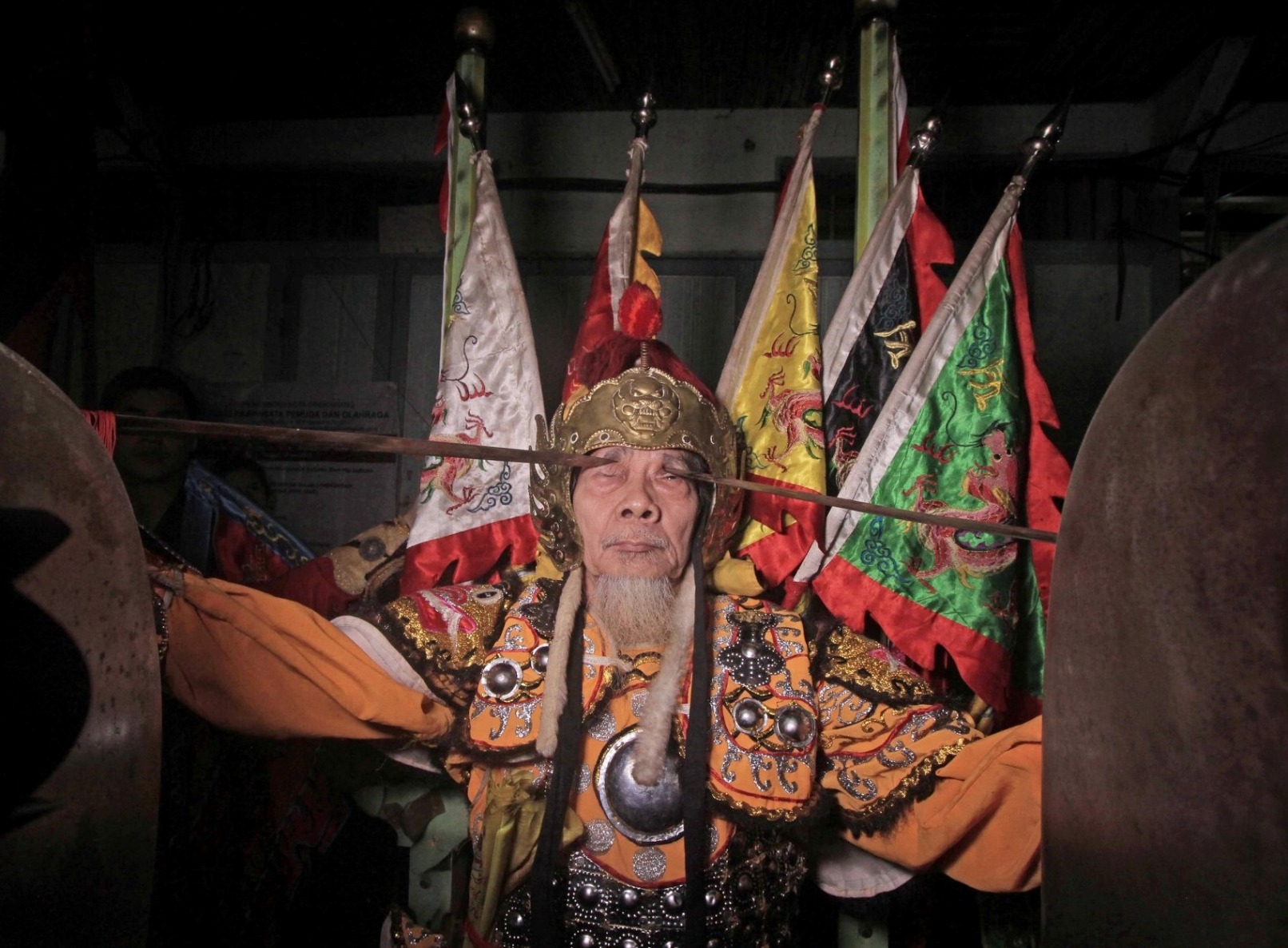 As we were introduced to Hendry one of the 6 sons of Ajung, our inquisitivity had us quickly firing multiple questions. Hendry politely obliged and answered them pretty well, mostly in the Hakka dialect with a bit of Mandarin and Bahasa Indonesia thrown in. He and his 8 other siblings are all mediums by birth which means no training ever needed. 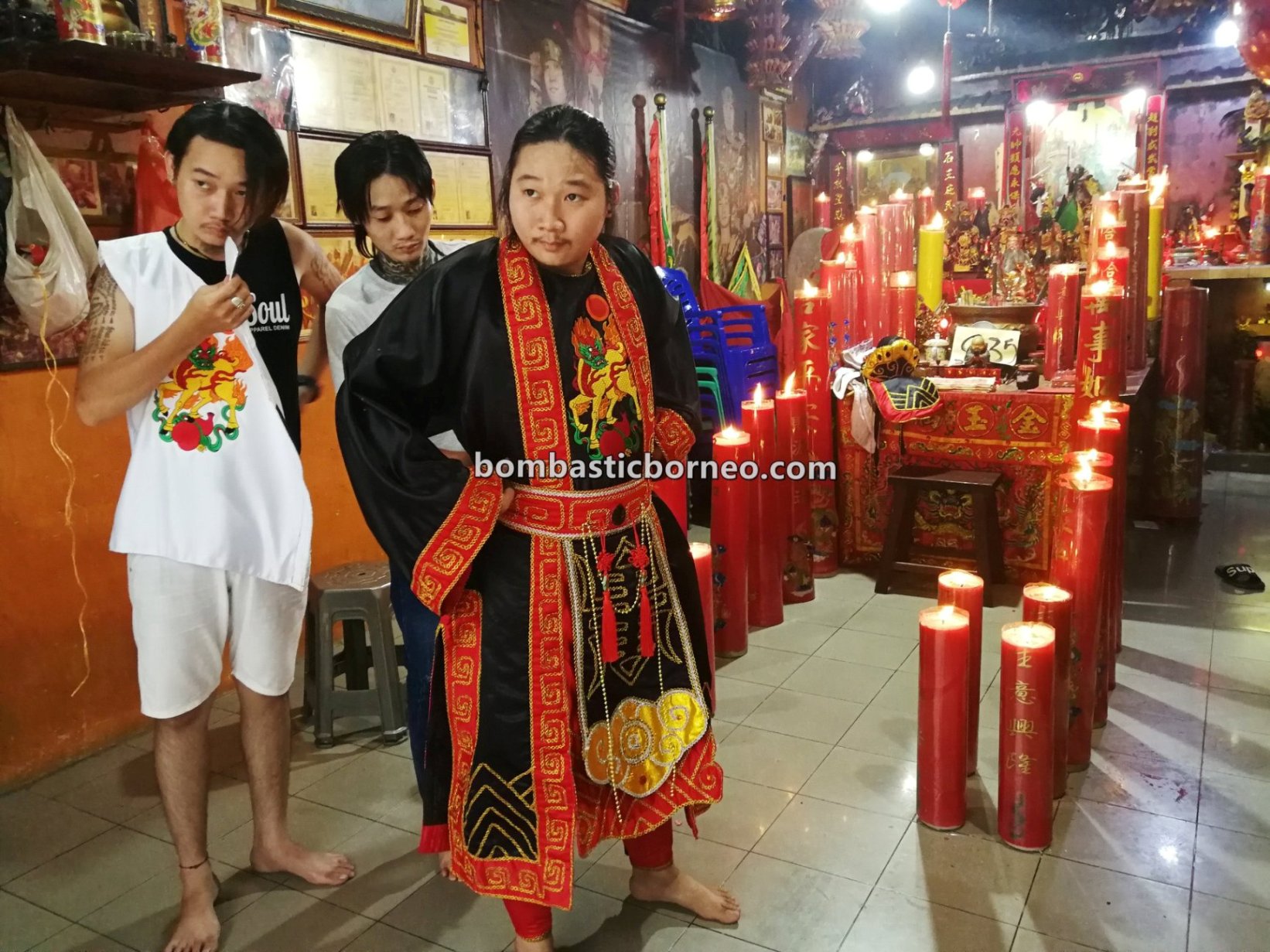 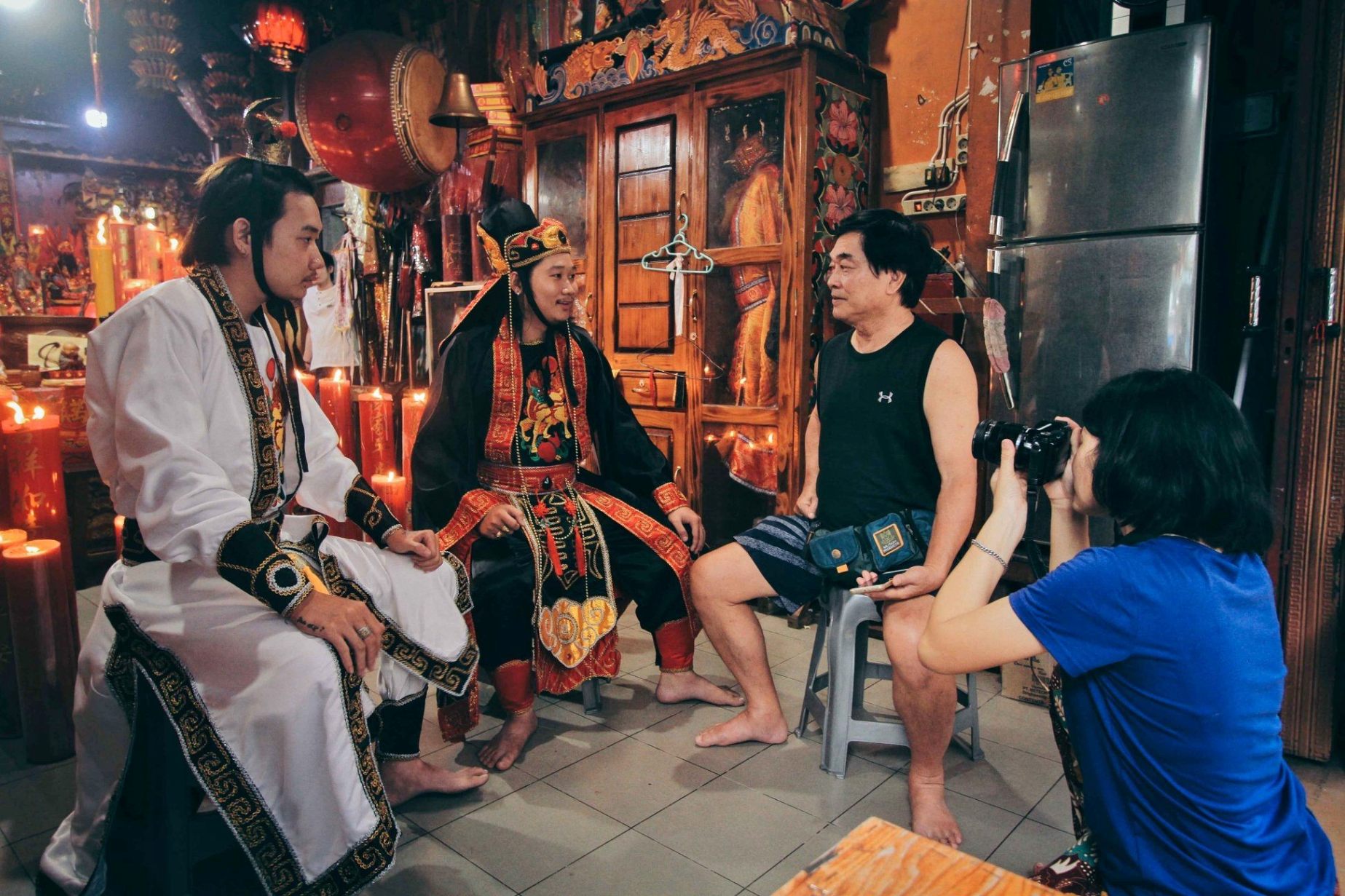 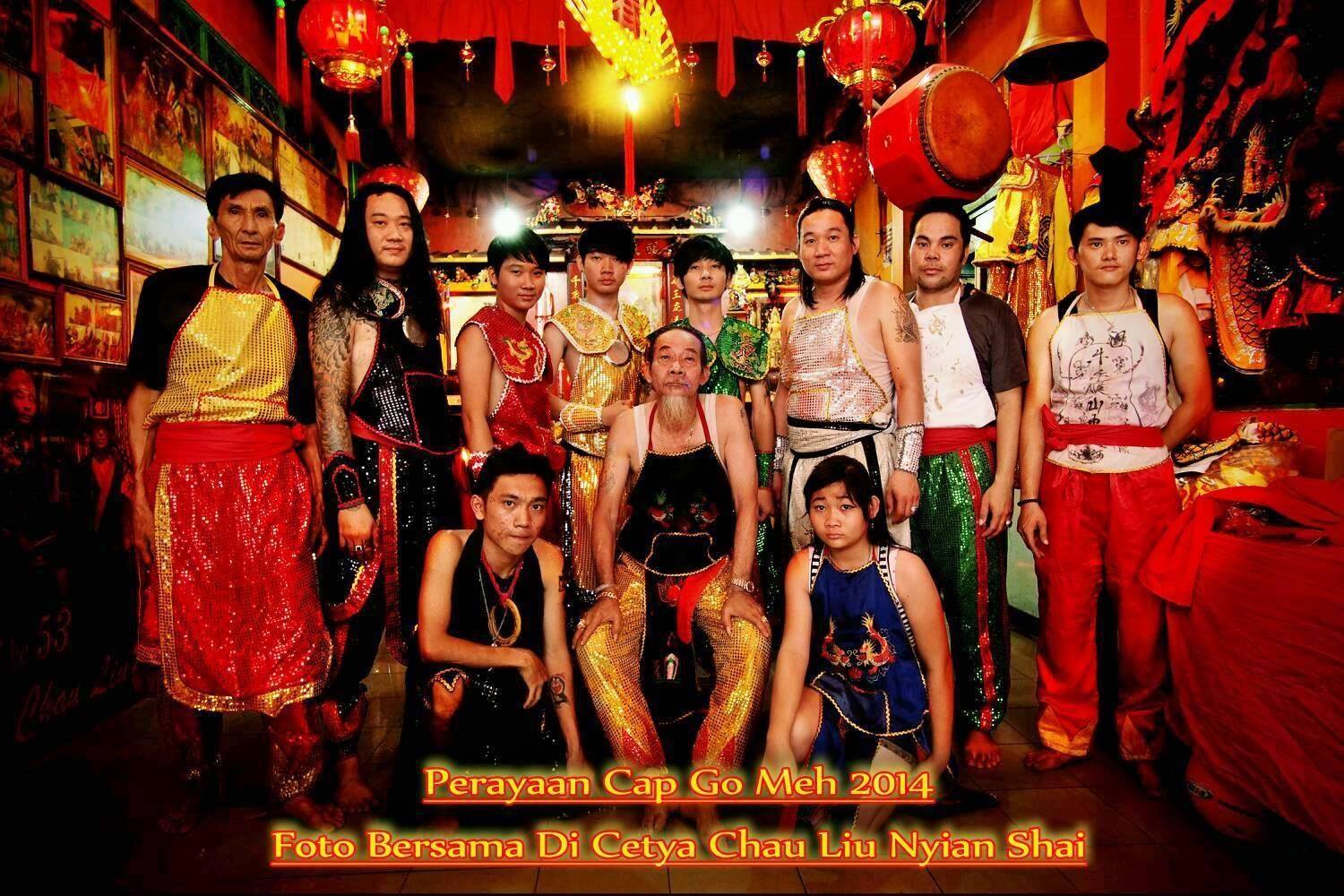 Although Hendry is a dentist by profession he has to work as a medium in the temple as well when locals drop by for consultation, healing or even provides divine intervention for their misfortune whenever the dewa he represents allows. 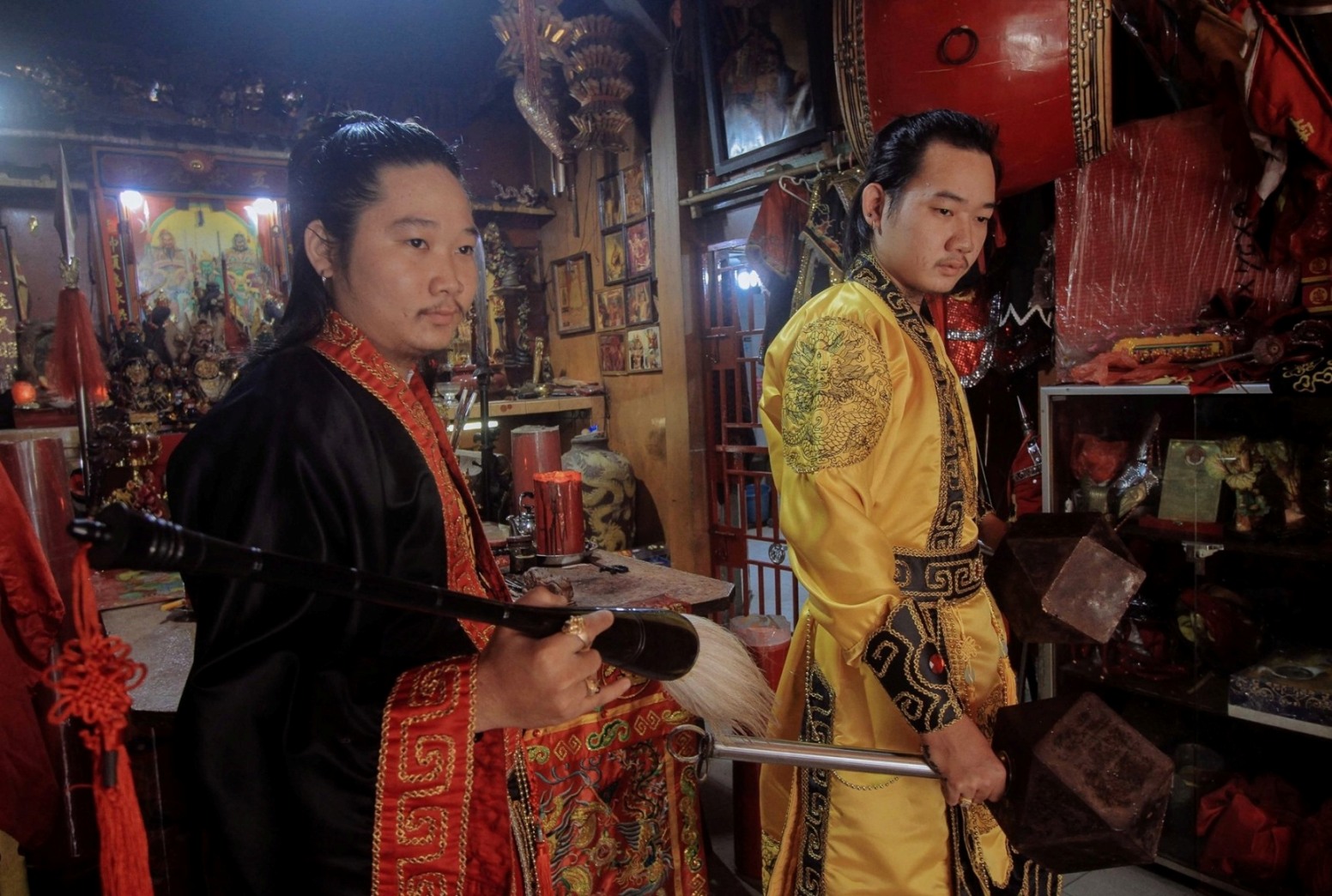 We thanked him for sharing his personal insights as a medium. As a token of appreciation, we dropped some cash into the donation box.

Although his answers were mostly in Hakka we have tried our best to include English subtitles and also Bahasa Indonesia/Malaysia with some help from our Indonesian friend Xiao Yan.