Standing at slightly taller than 1000m, this giant monolith and icon of Sintang cannot go unnoticed and unvisited. It is the largest rock in Indonesia and Borneo. 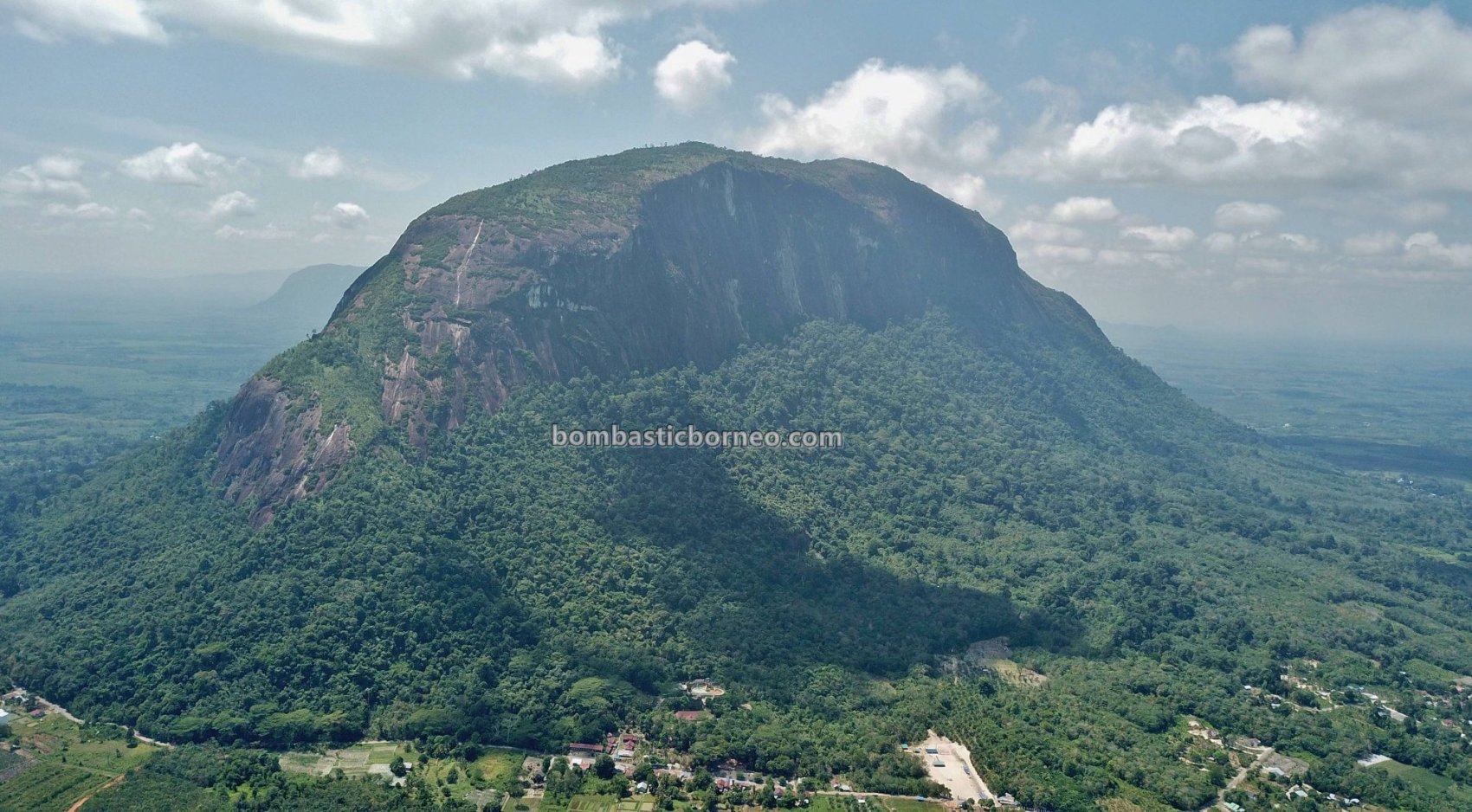 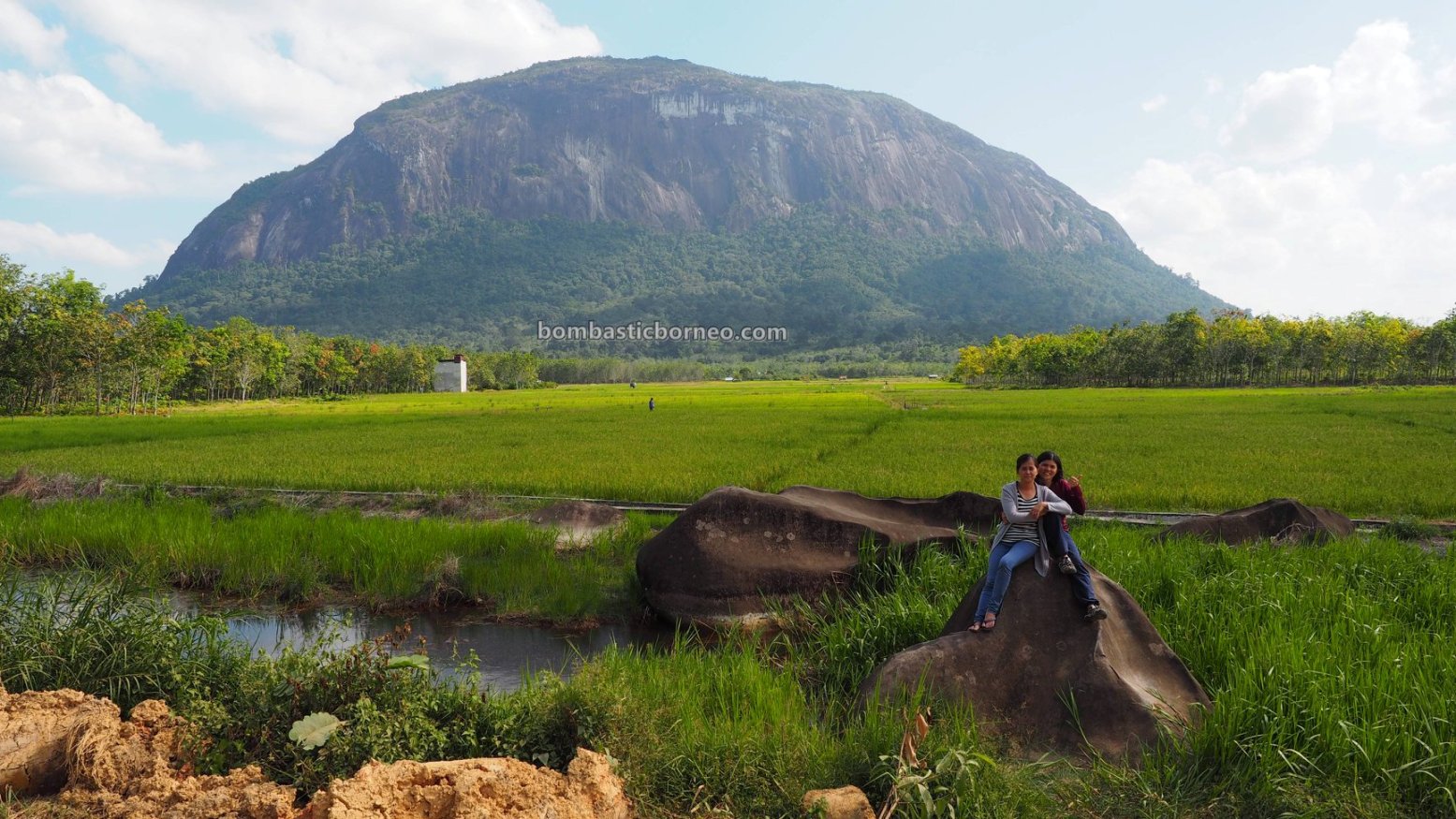 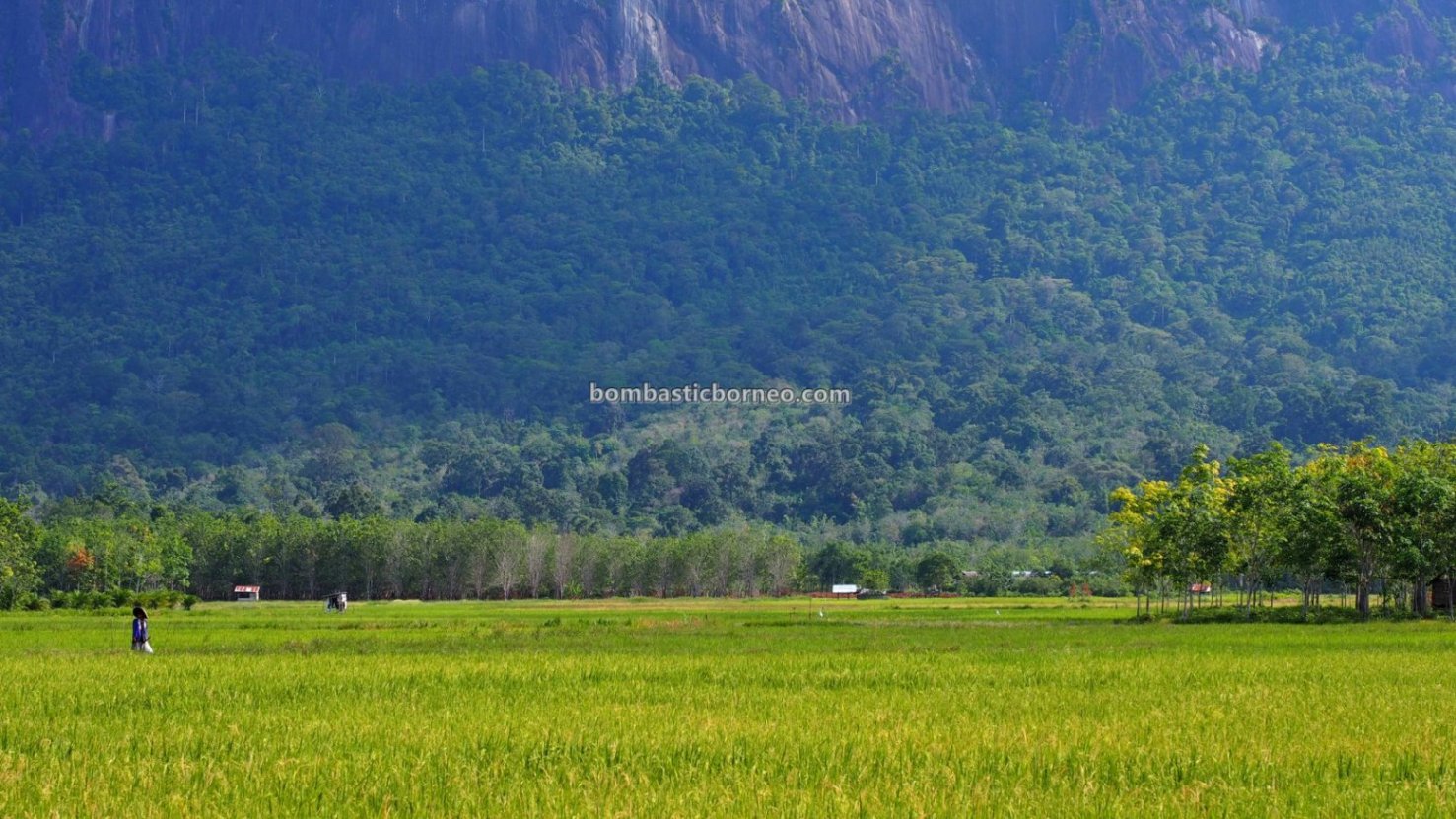 Bukit Kelam/Kelam Hill is approximately 20km from Kota Sintang, it is situated between the two major rivers; Melawi River and Kapuas River. 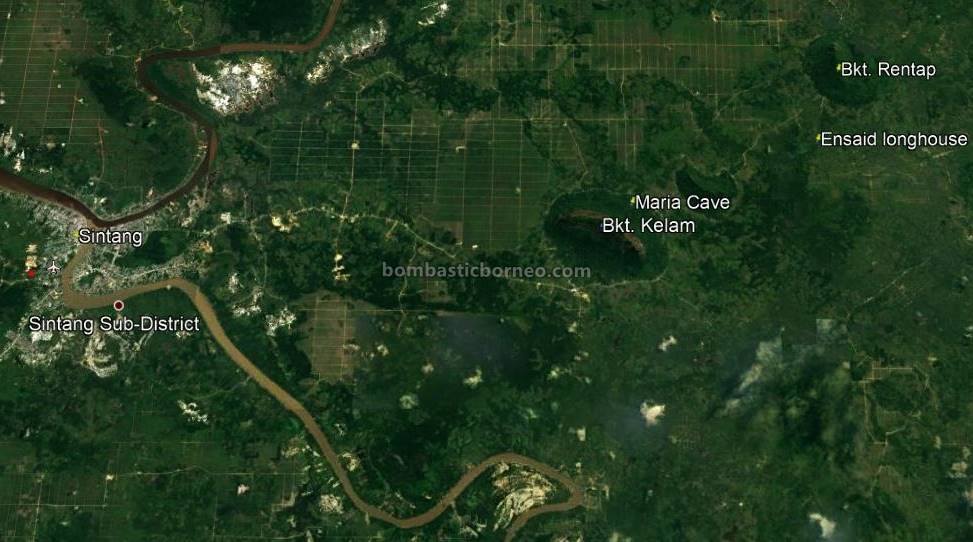 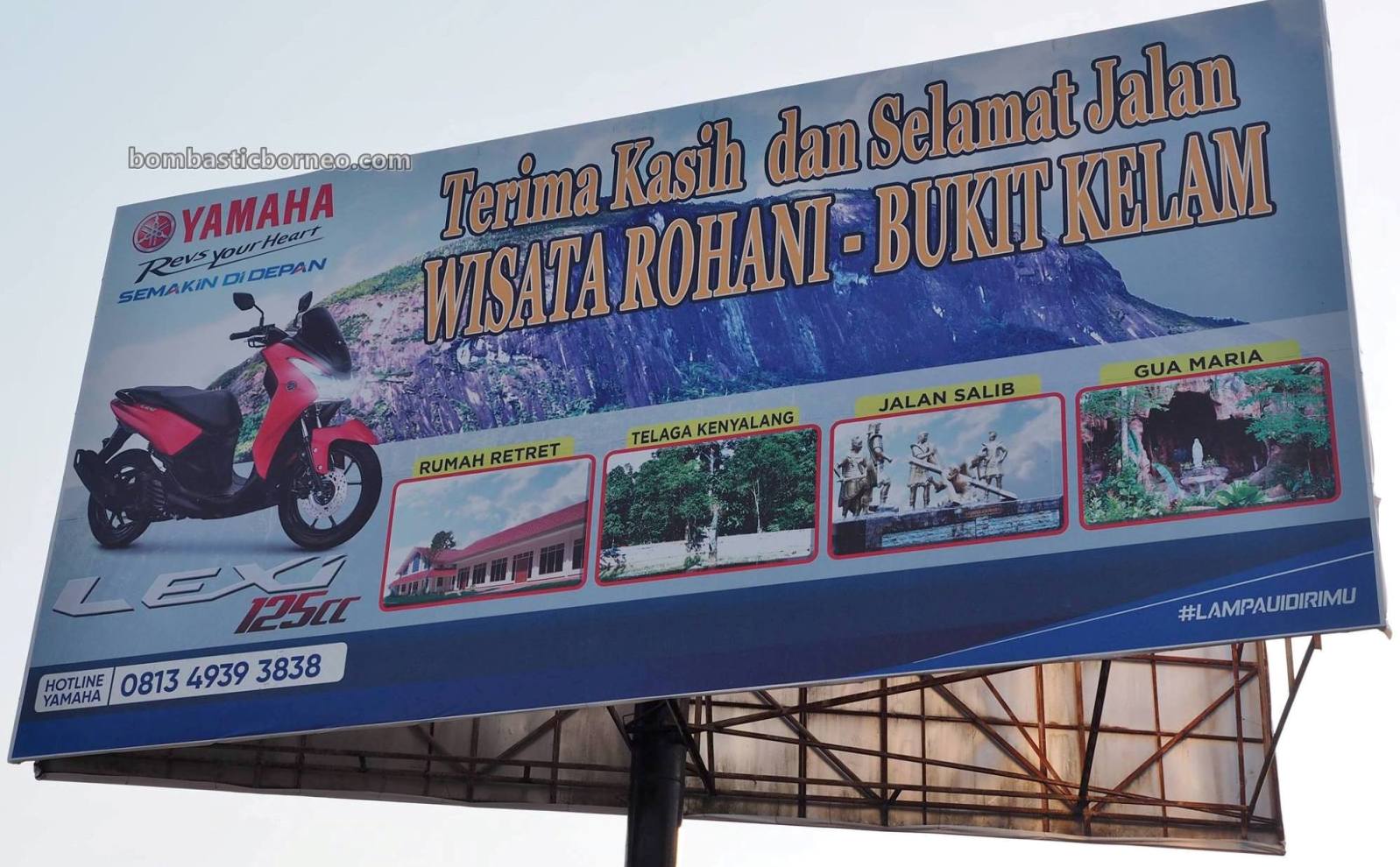 Besides its fame in height and size it is revered as the home of the Nepenthes clipeata a pitcher plant getting rarer by the day due to over harvesting.

It took us 30min to drive there from the town. It was about 9.30am when we arrived and the place was very quiet. We hiked for about 20min to get to the waterfall but it was dry. There had been no rain for 2 weeks. Not surprising for the month of July. 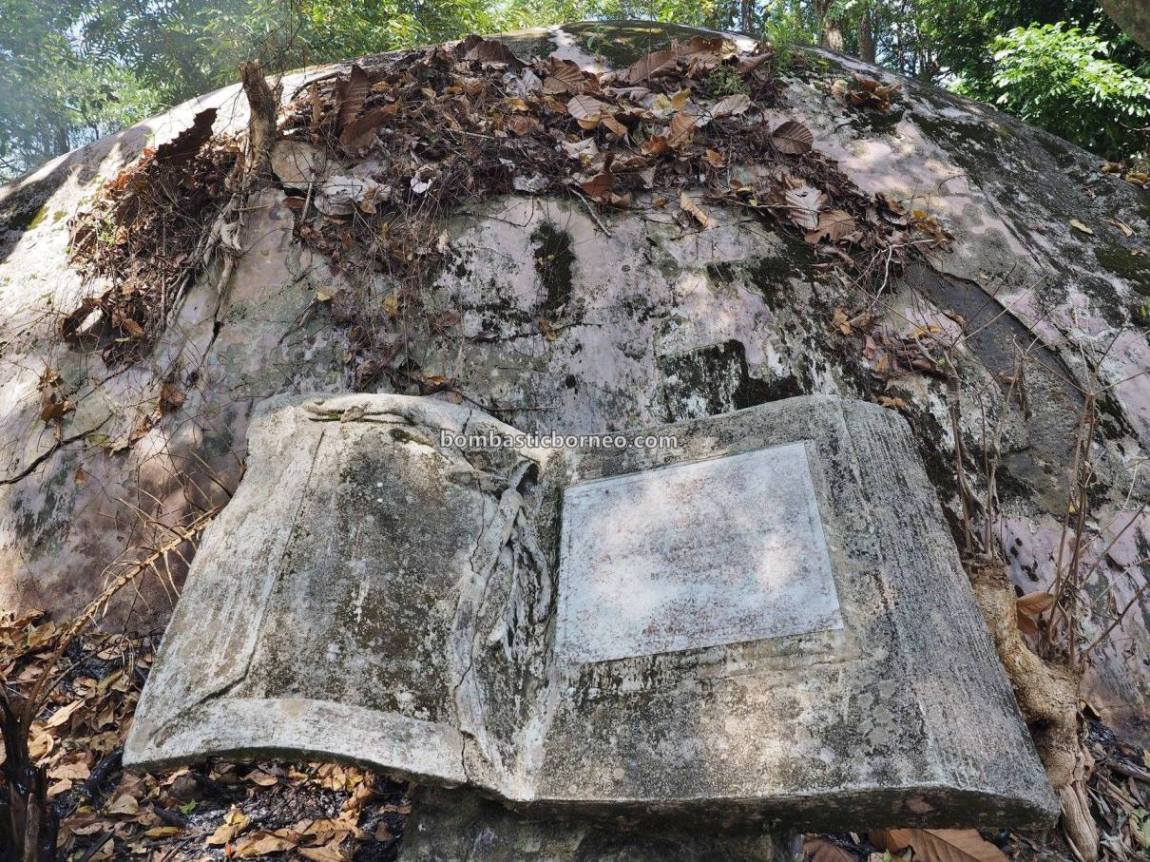 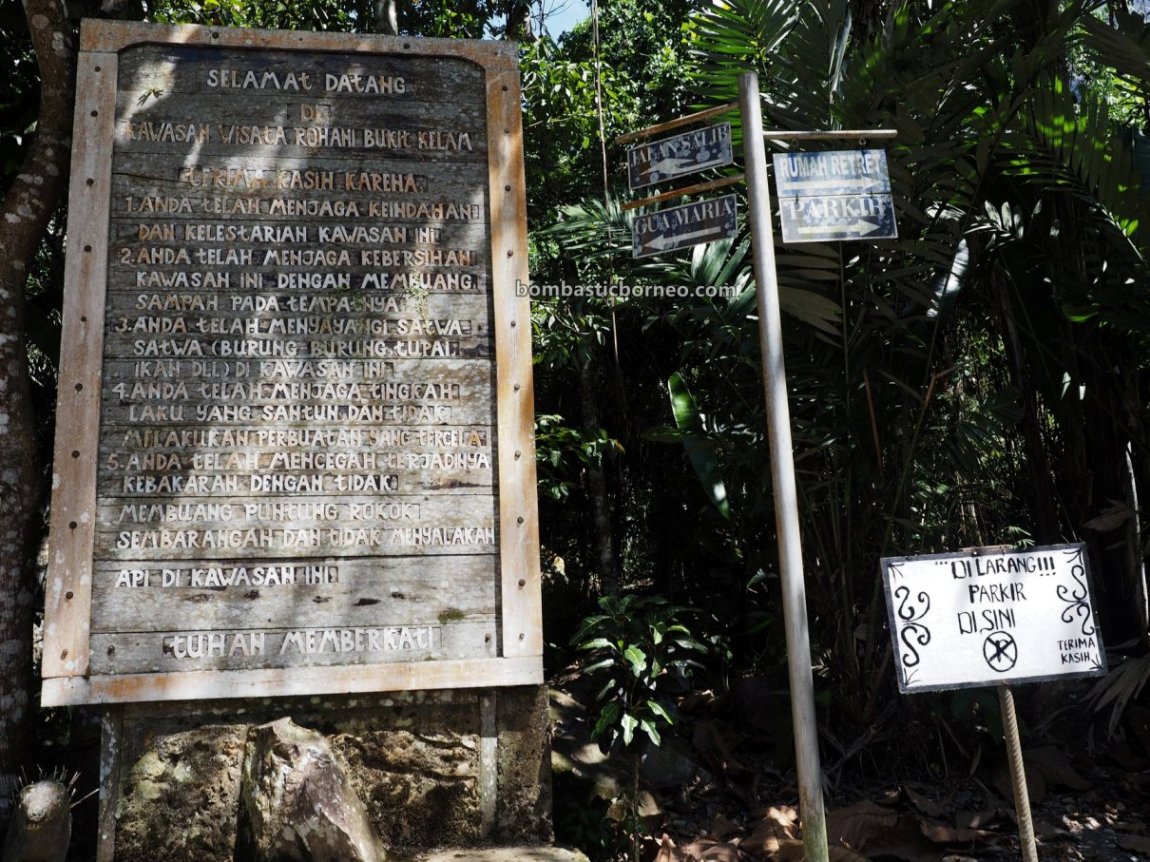 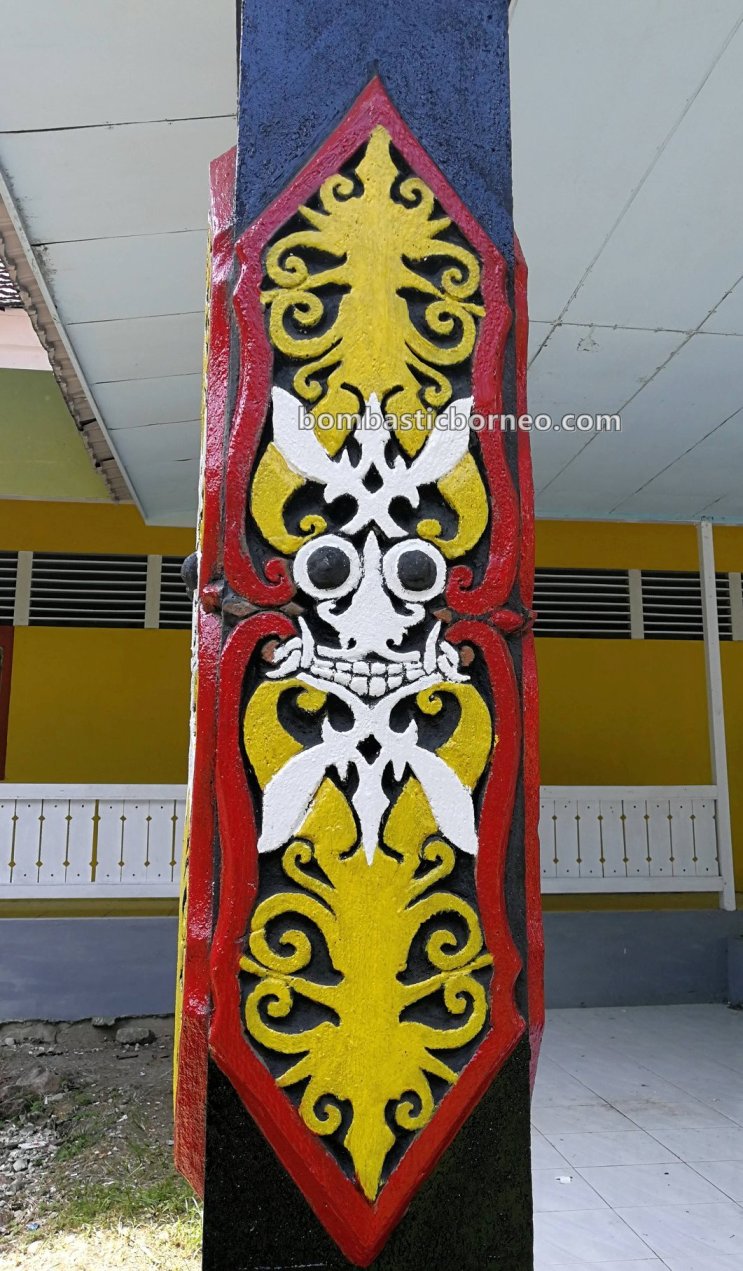 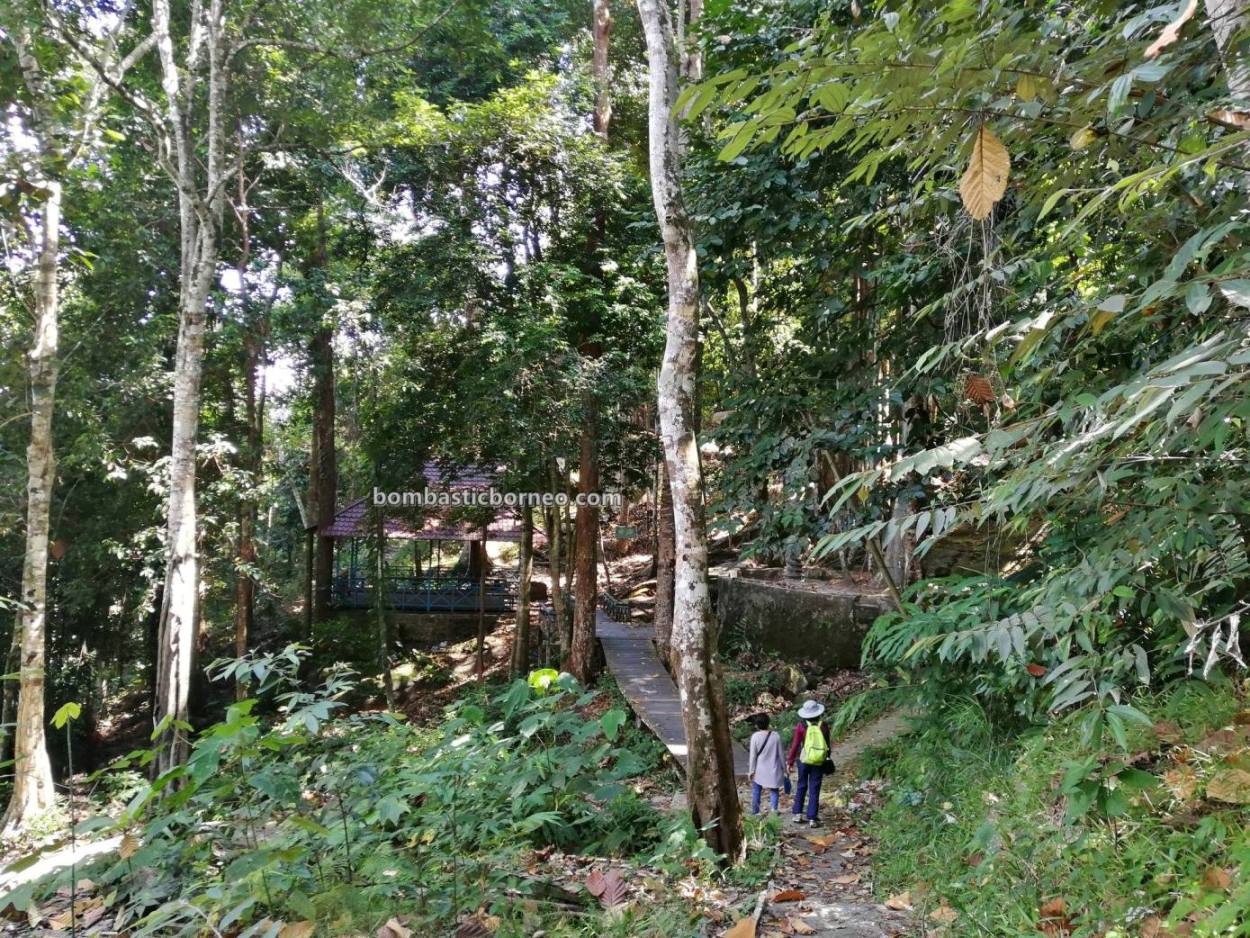 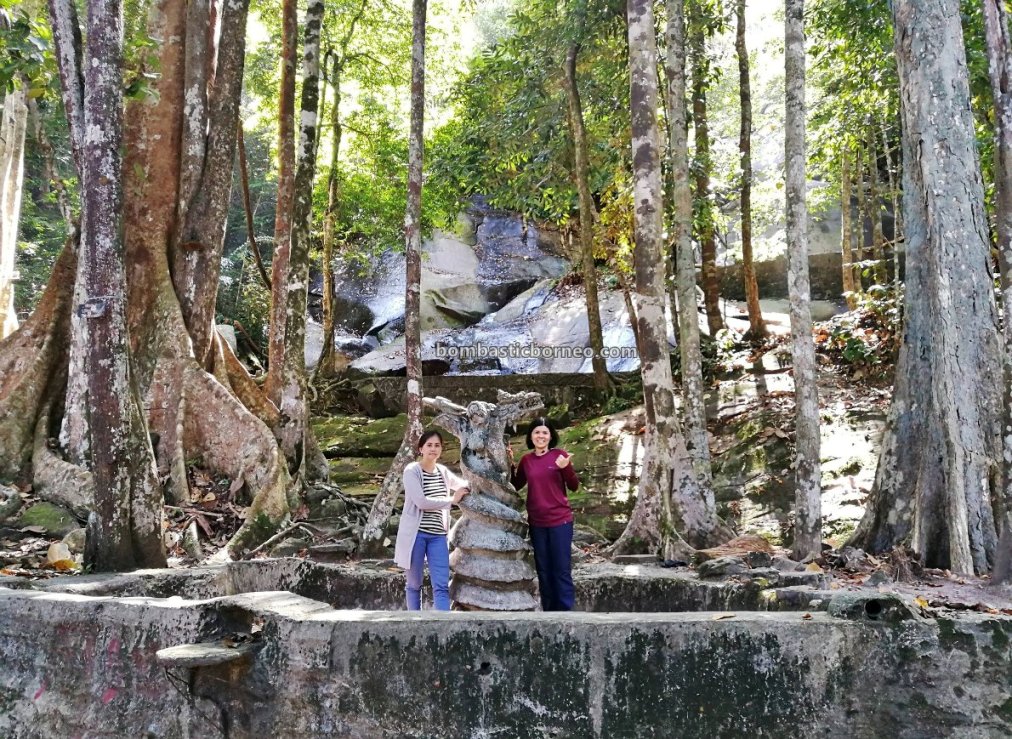 For the young and adventurous, climbing to the summit should be a memorable challenge. Going through some of the video clips in Youtube gave me weak knees, especially watching the decent down the metal stairs at almost 90degrees upright! Doable on a day trip of 7 hrs for the young and fit. Have a heavy breakfast before you challenge it and do bring enough sugary snacks, water and lunch too. Good footwear is advisable as rain could come anytime in Borneo. 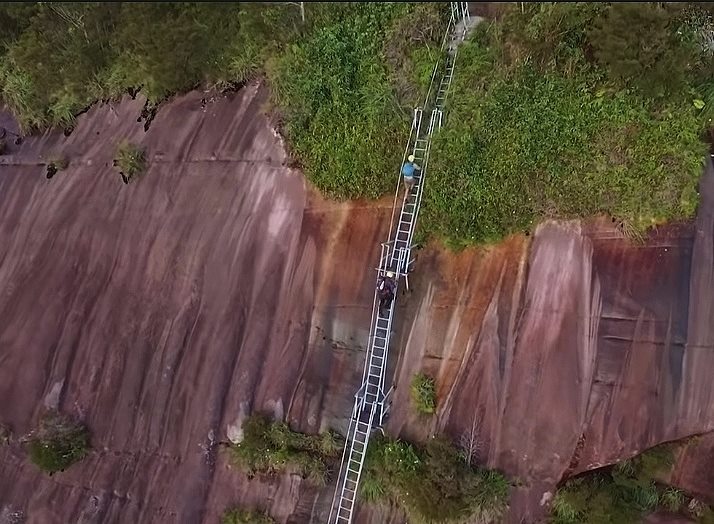 Cafes selling Indonesian food can be found at the Main Gate and Gua Maria. After we got out to our car, a freelancer approached us to offer his guiding service. We turned it down, after all, there were not that many places to visit other than the Gua Maria and Ensaid Longhouse which we thought we could figure out along the way. 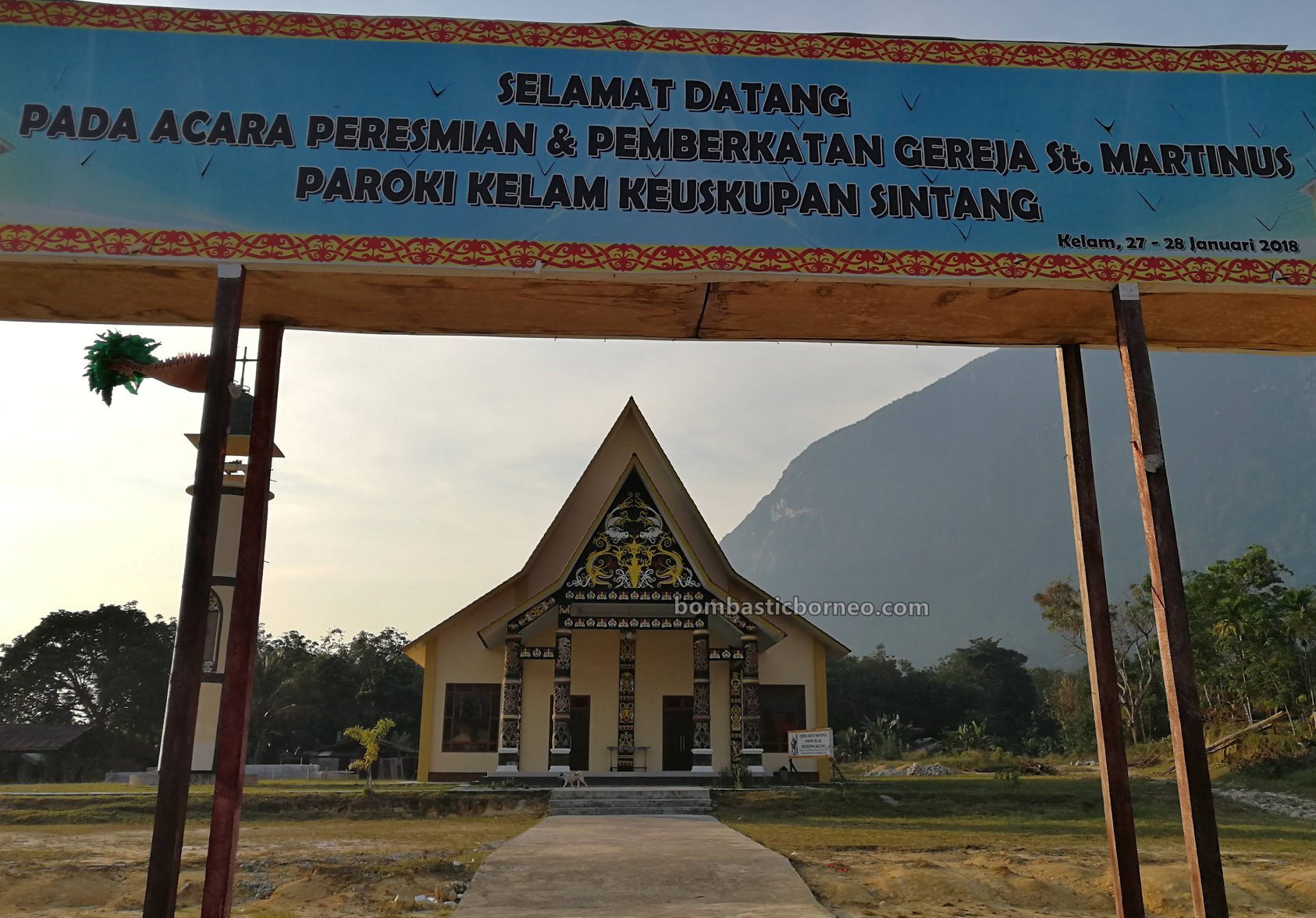 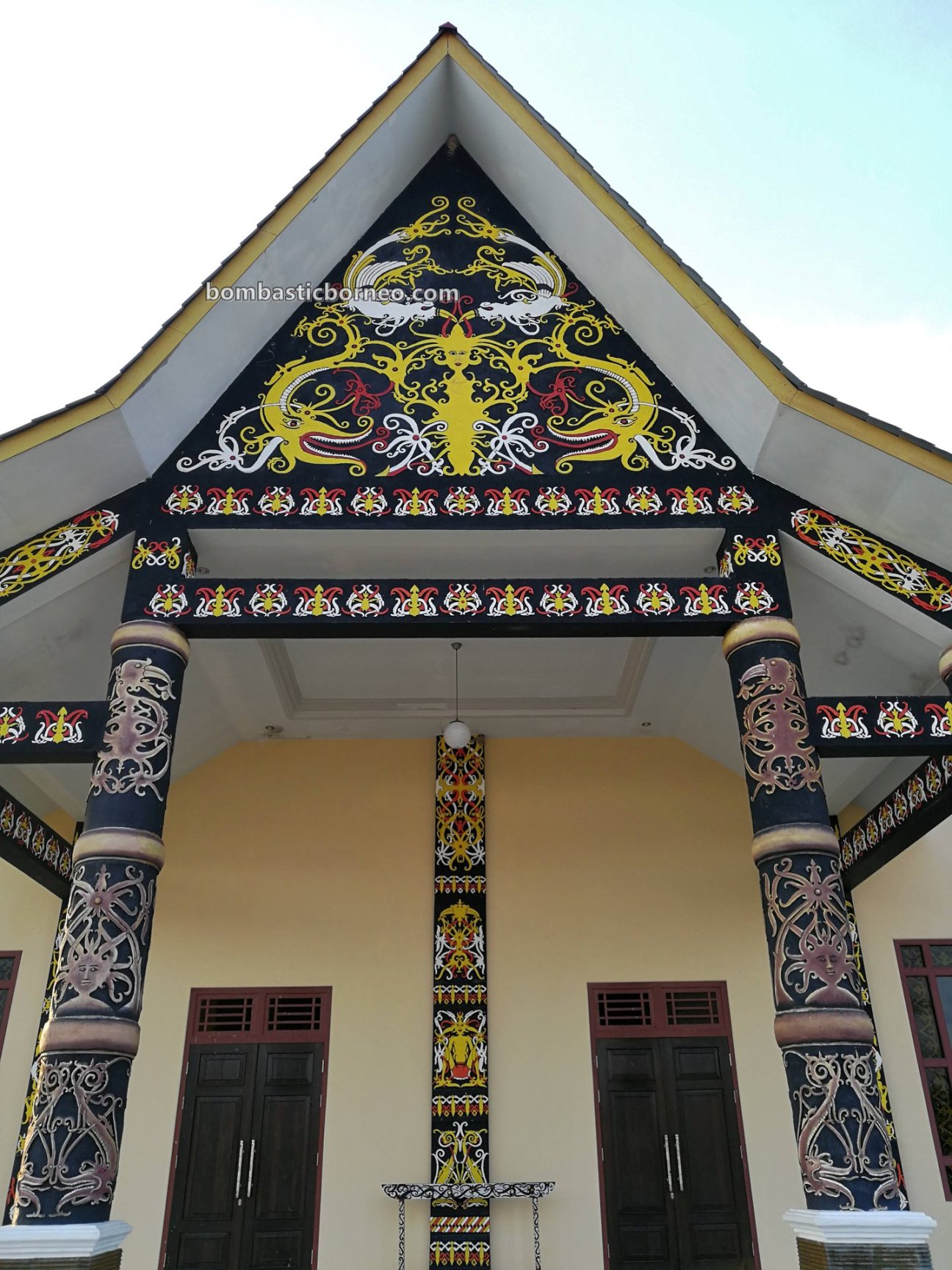 We stopped a couple of times, as we circled Bukit Kelam, to fly my drone to catch different angles of the mountain. There was a particular moment I noticed what looked like a cave and decided to try and take a closer peek at what was inside. As I flew my drone in its direction there came a point it just would not move any closer to the cave much as I tried. It was as if some unseen forces were stopping my drone. I sensed then, maybe my drone was not welcomed. A stargate reserved for some other beings? Next ……Gua Maria