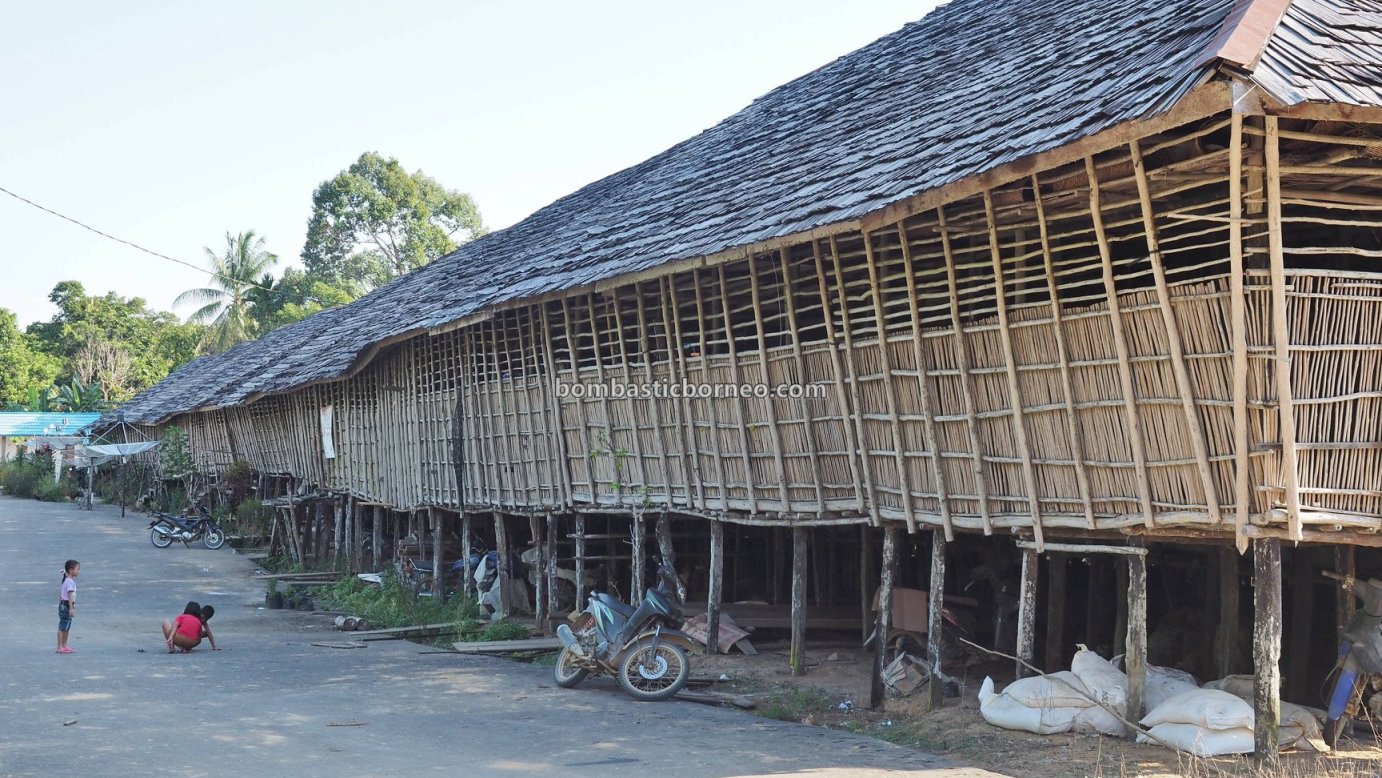 Our exploration of Bukit Kelam led us to a longhouse of the tribe called Dayak Desa. The flat dirt road was good to drive as it was the driest month of the year. It was situated near to another hill called Bukit Rentap and I wondered if the name had anything to with Sarawak’s legendary hero. Apparently, the Desa Dayaks are a subtribe of the Ibans. 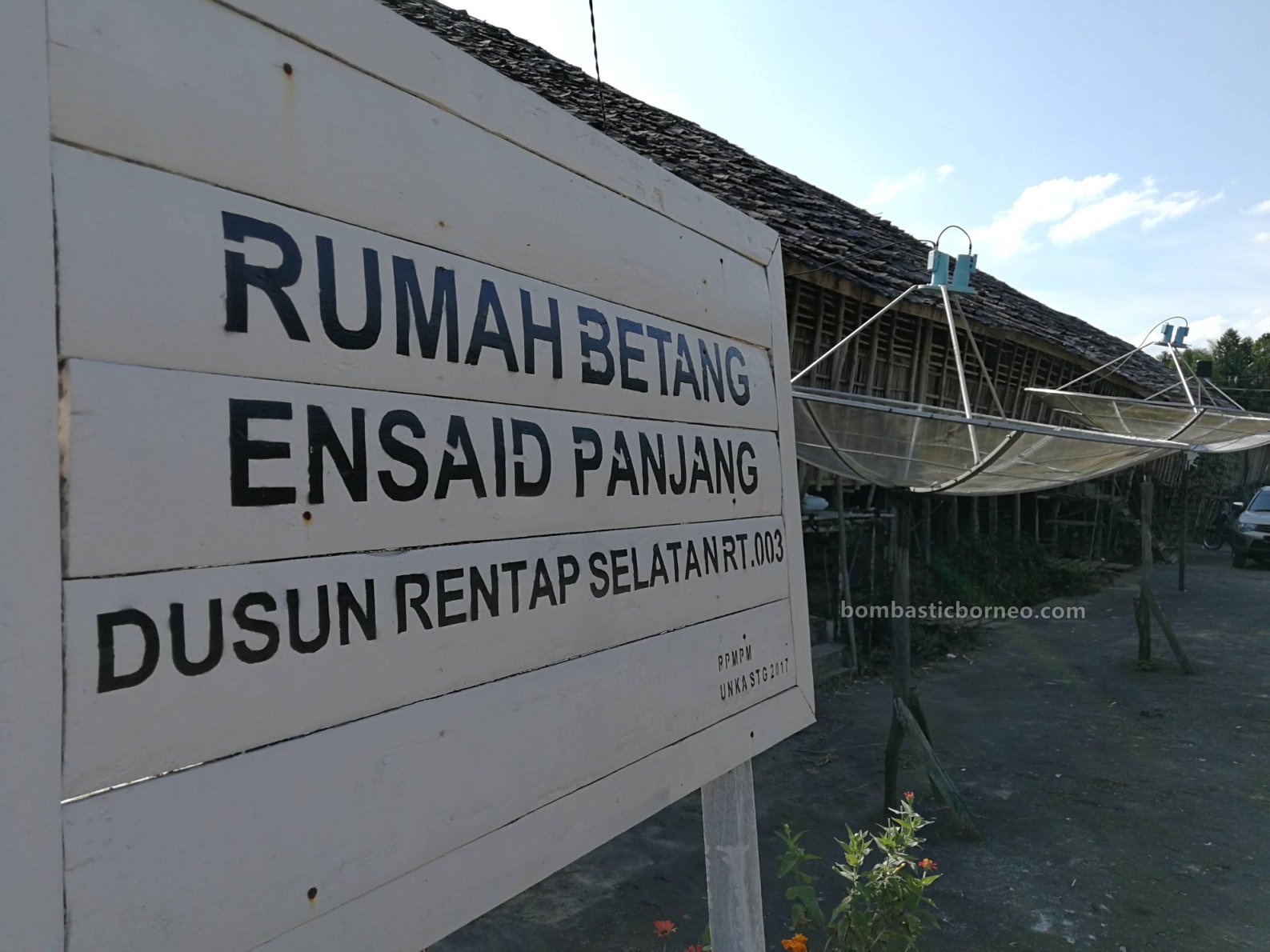 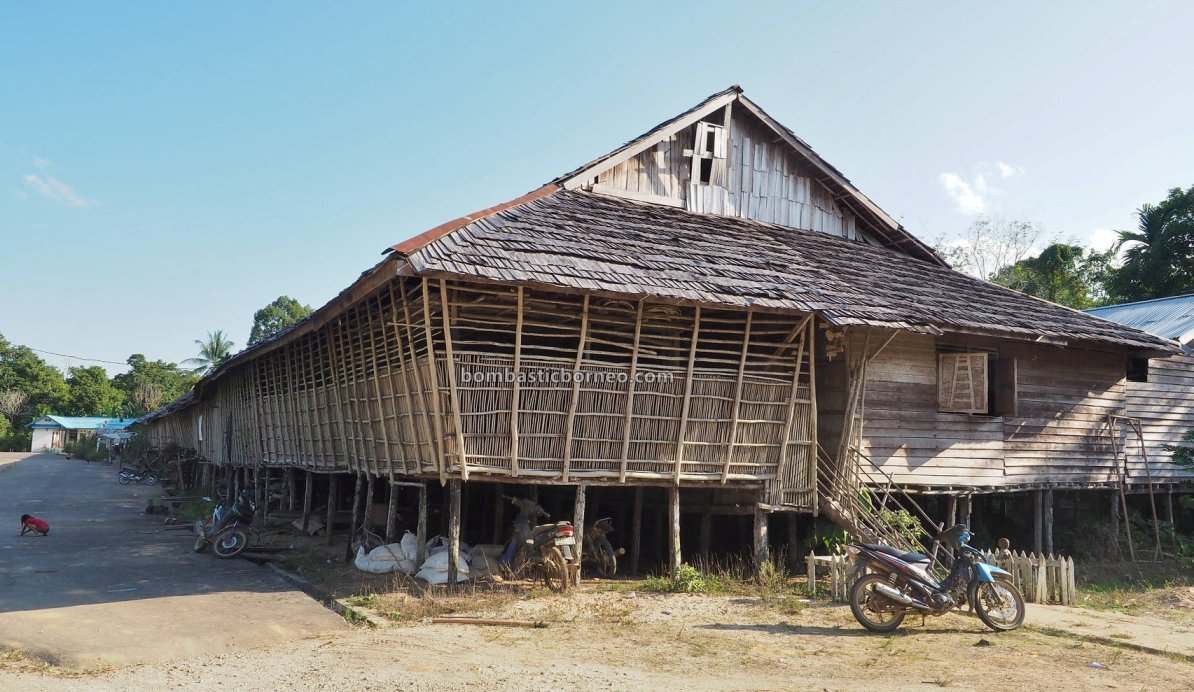 As we stepped into the ‘ruai’ of the longhouse there were many Desa ladies busy at their back strap looms weaving what they called ‘kain pantang’ or ‘pua kumbu’ to the Ibans of Sarawak. Ibans of Kapuas Hulu has an entirely different name-‘Kebat’. The names may be different but the methodology is the same. So were the motifs. 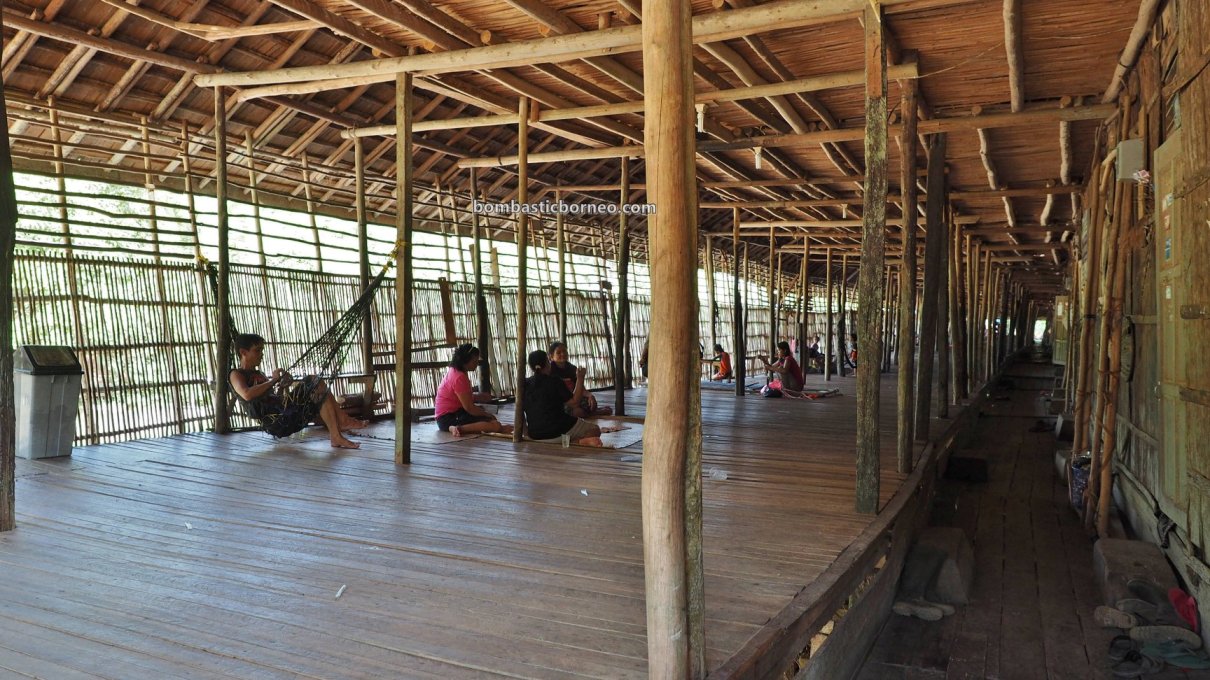 The ladies here prefer producing their own colour pigments with raw materials collected from the jungle like leaves, barks, roots or fruits. Plant based colours are more pleasing and gentler to the eyes compared to industrial dyes. We have seen many of their products sold in many Gawai events all over Kalbar. Their beaded shoal is called ‘tatai’ or ‘marik ampang’ to the Ibans of Sarawak. Generally, their languages are quite similar to each other. 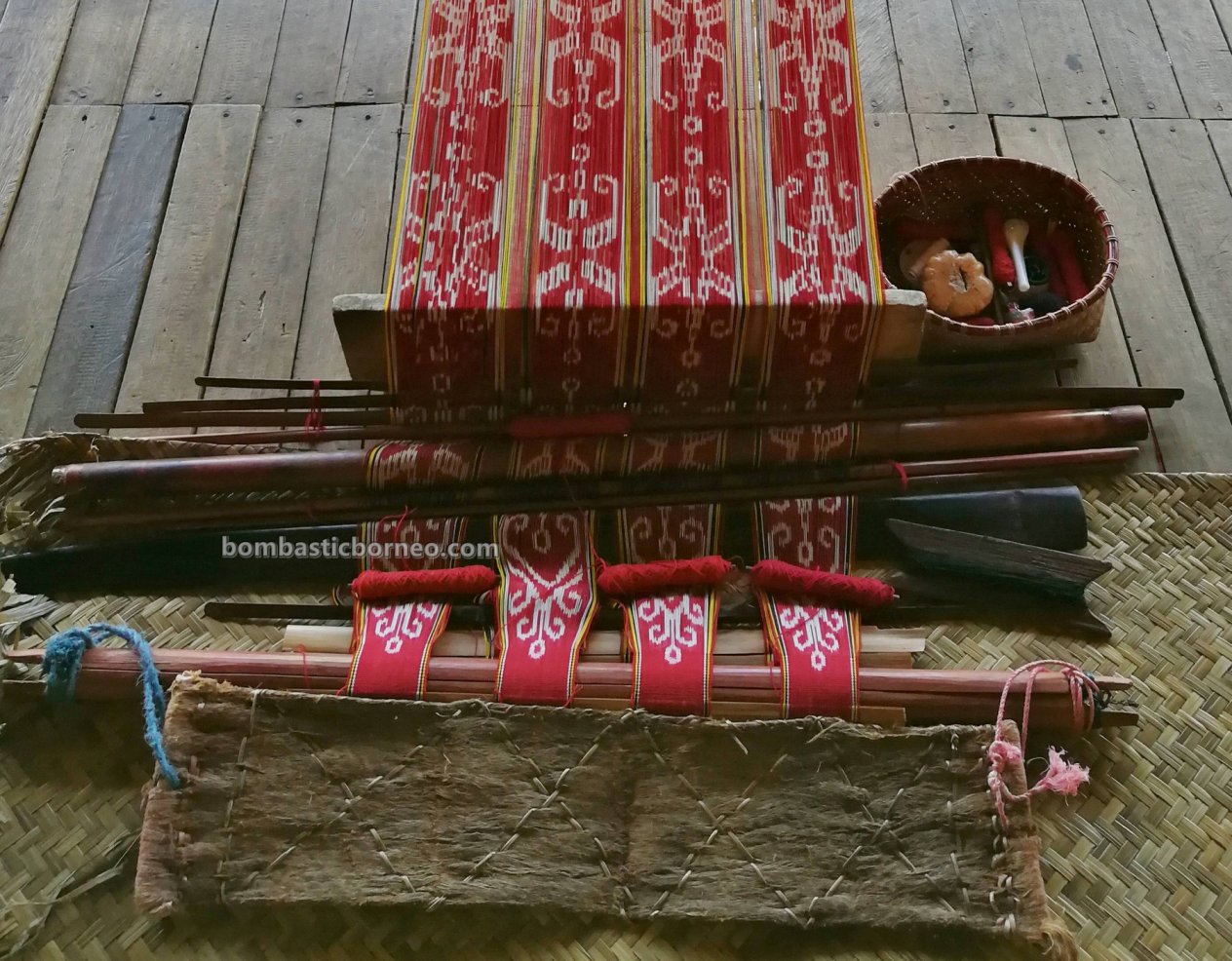 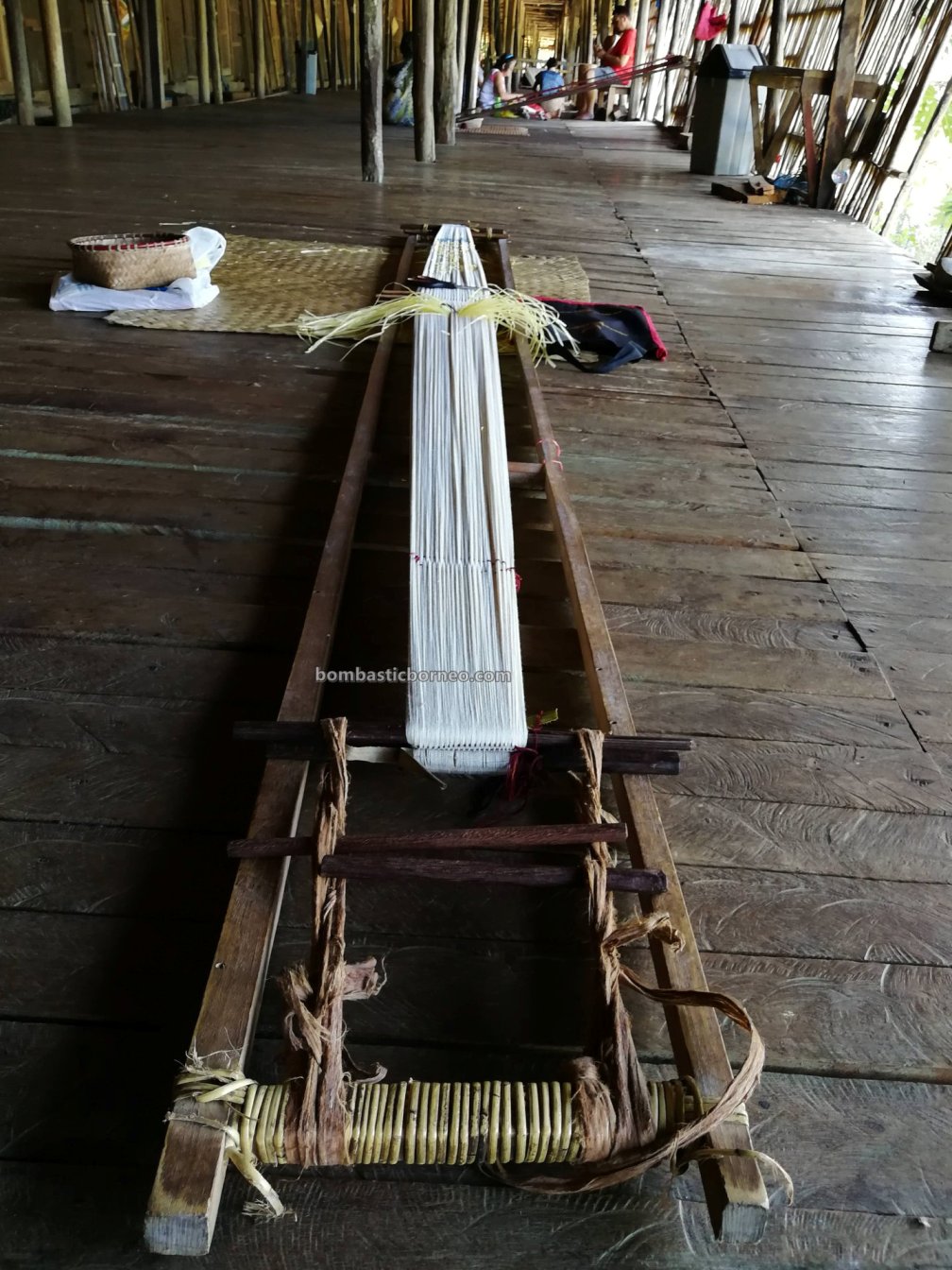 Despite its popularity Ensaid longhouse is unlike the ‘commercial’ longhouses especially those in Sarawak. Here they do not charge for parking your car, entrance and photo shooting fees. Homestay here is also FOC! So guys, if you would like to learn more about natural colour dyes do stay over instead of putting up in a hotel in Sintang. Next…..Nanga Pinoh 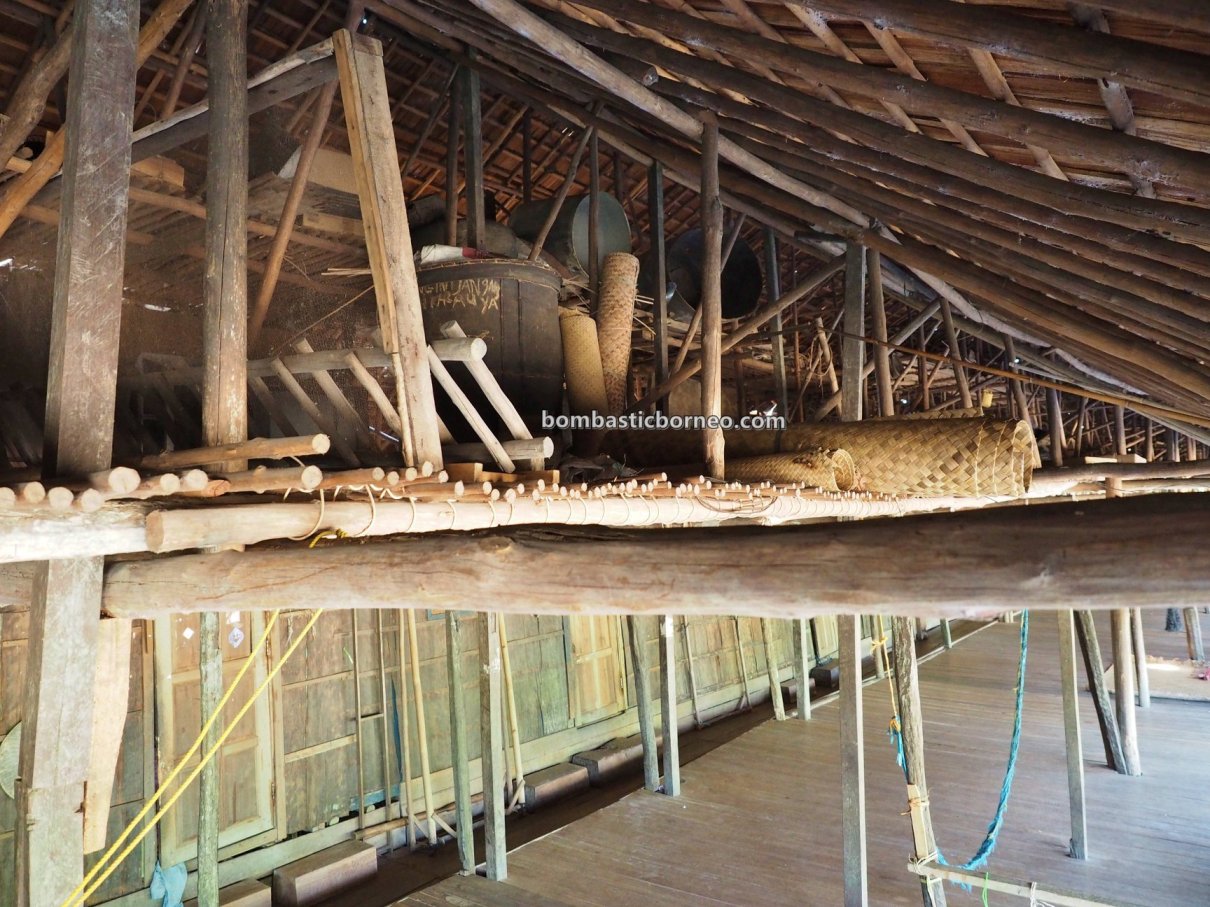 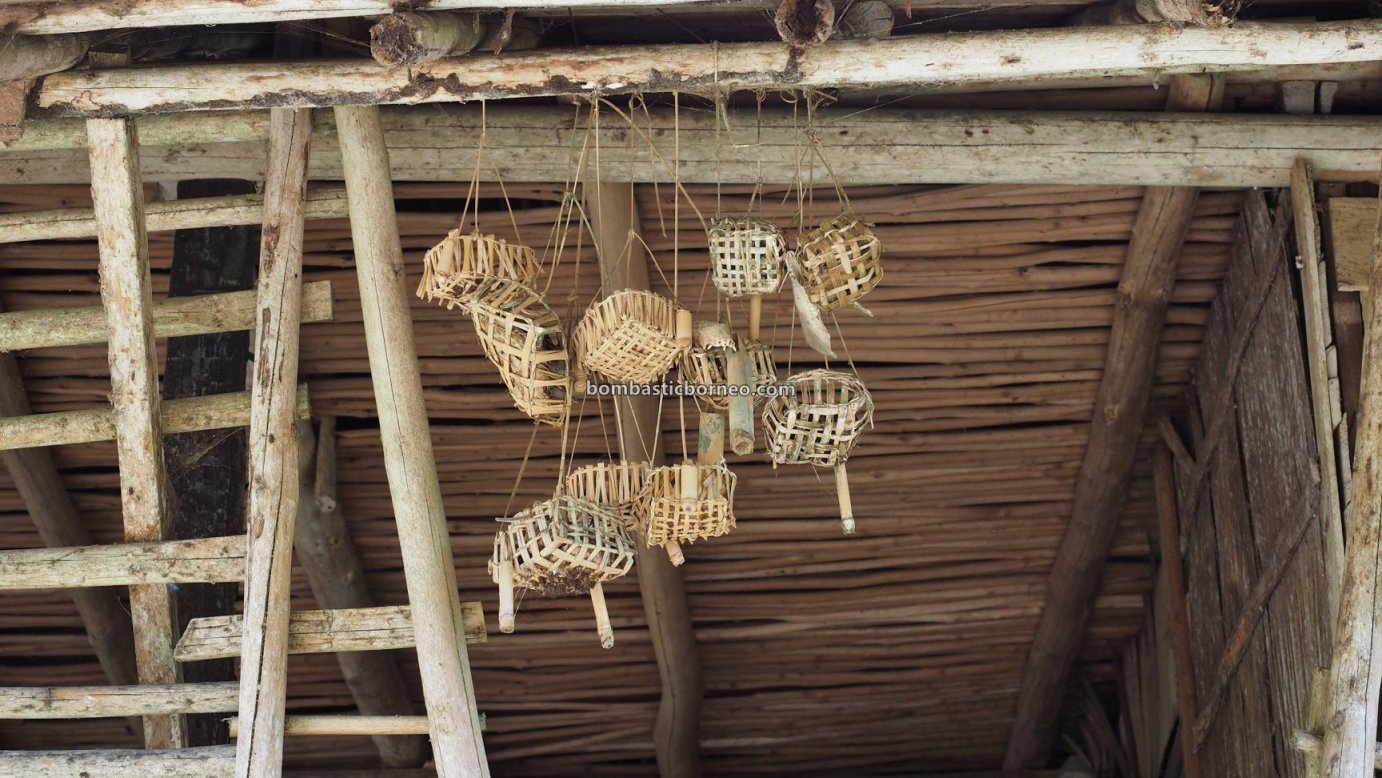