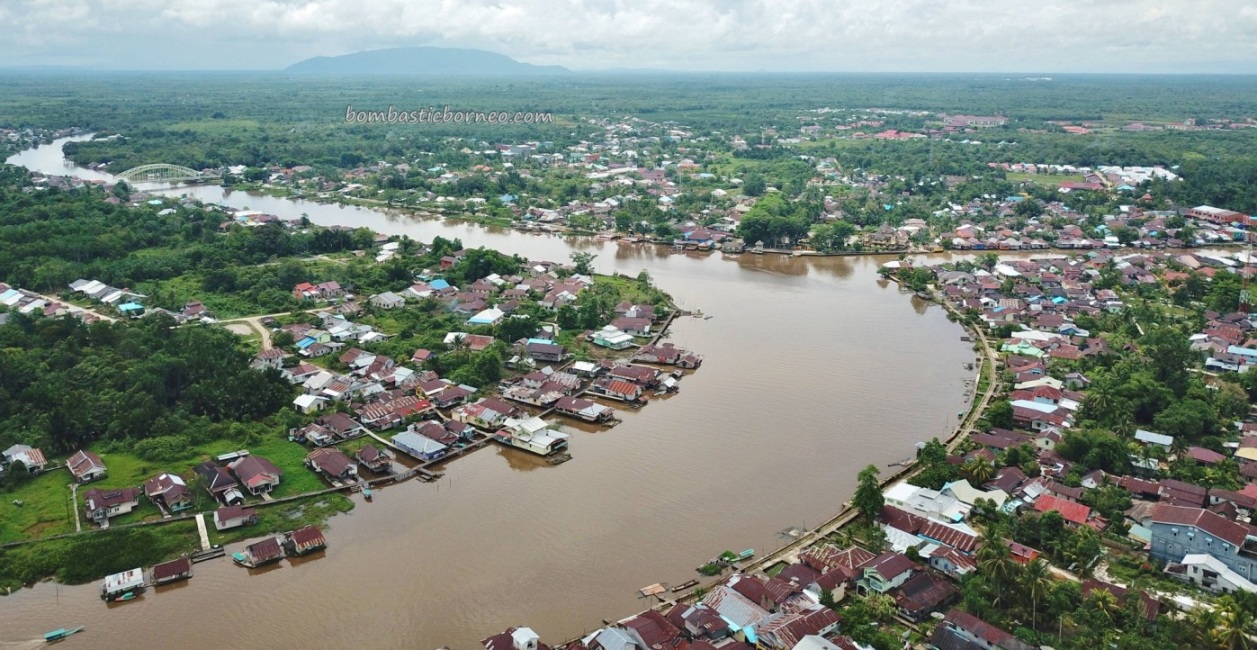 Leaving Laek on our third day, we drove through a slightly different route to get to Ledo to catch breakfast with our friend Pak Gunawan of Sebujit for a quick update of the upcoming Nyobeng Sebujit event.

The drive along the Ledo-Sambas route was a far cry from the Ledo-Bengkayang one. We hardly saw other vehicles during this 1hr drive of very good road surface. I guess not many people from Sambas go to Bengkayang town.

Anyway, we finally arrived at the town of one of the oldest kingdoms in Borneo if old maps are anything to go by. 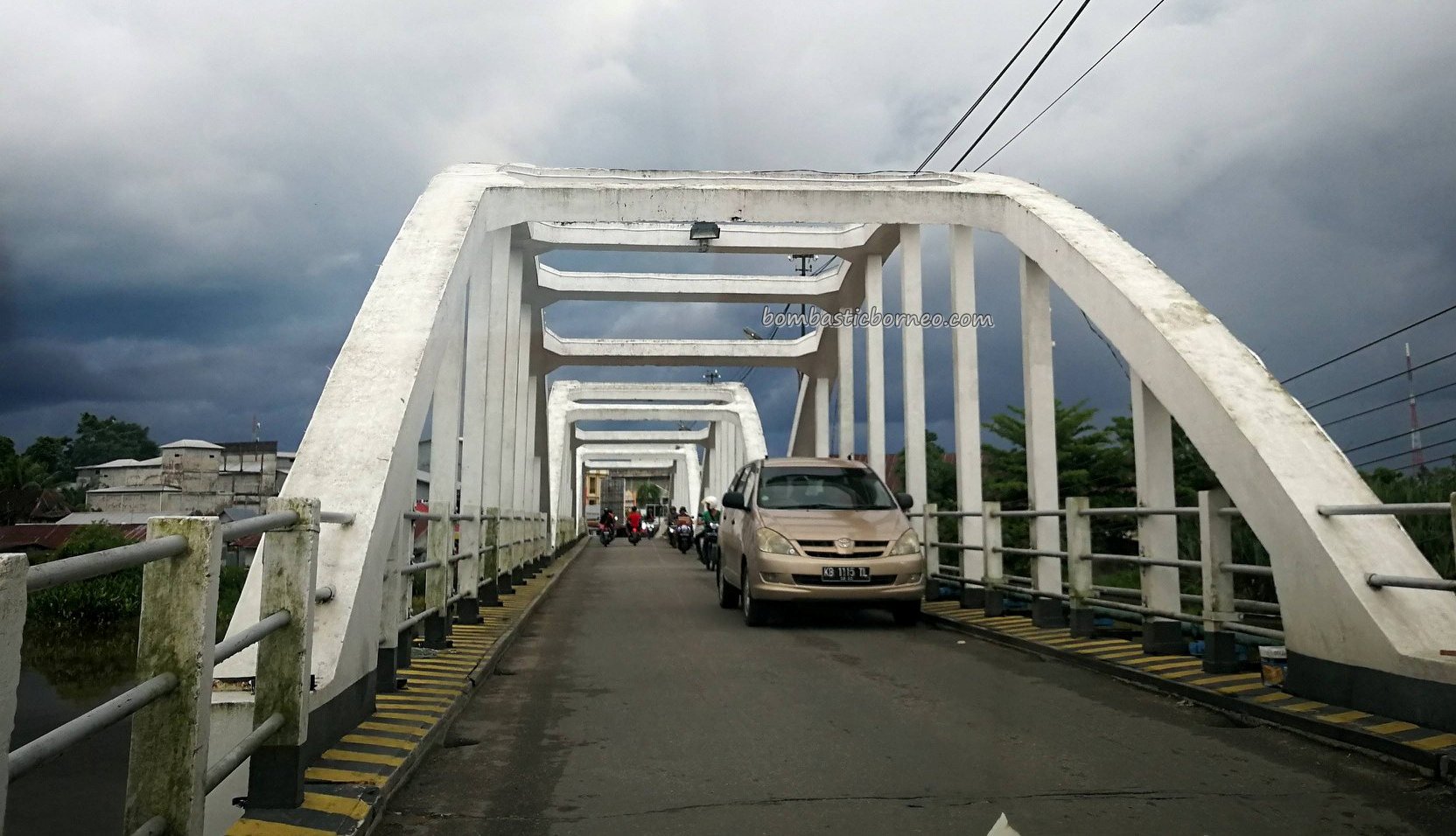 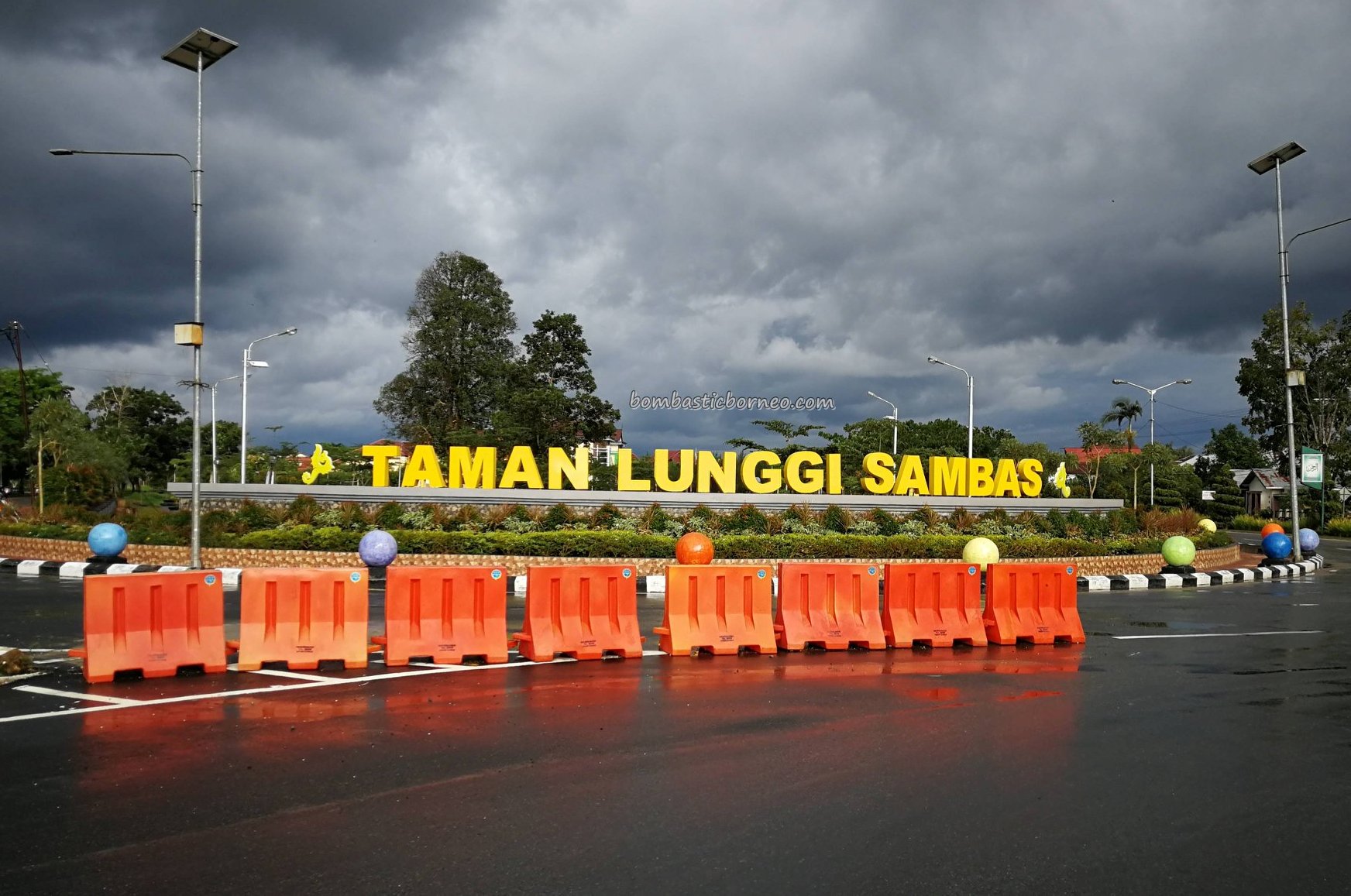 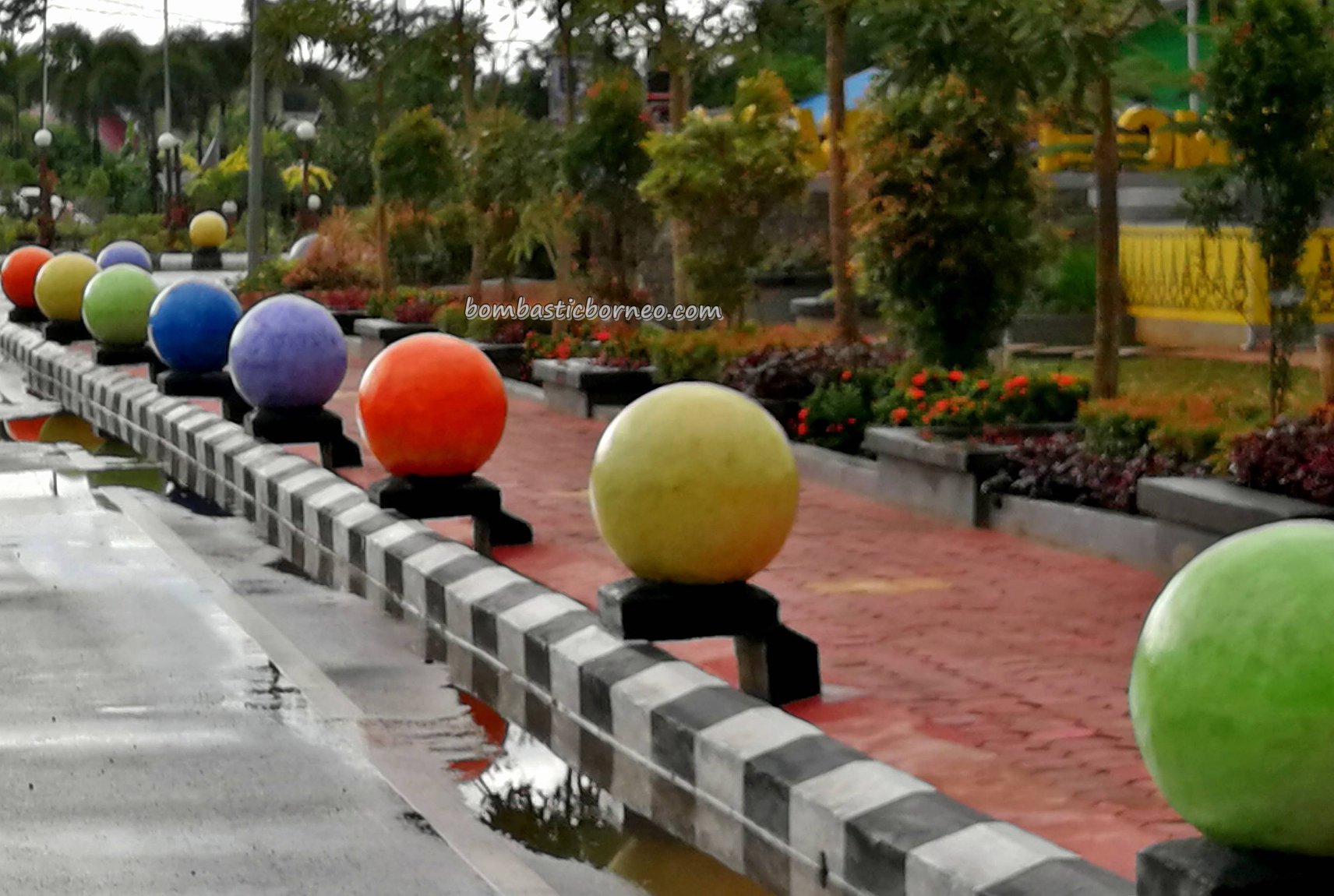 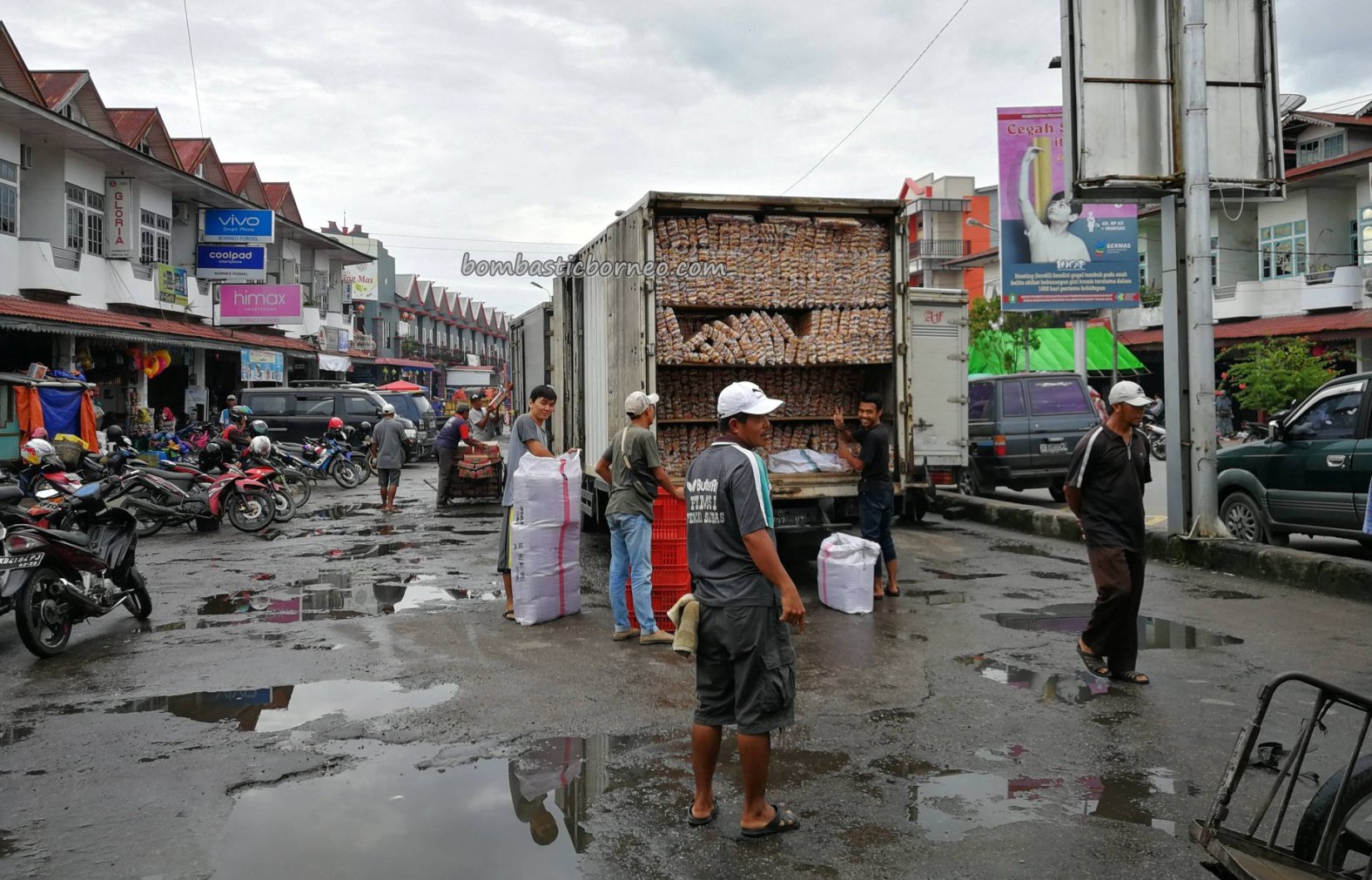 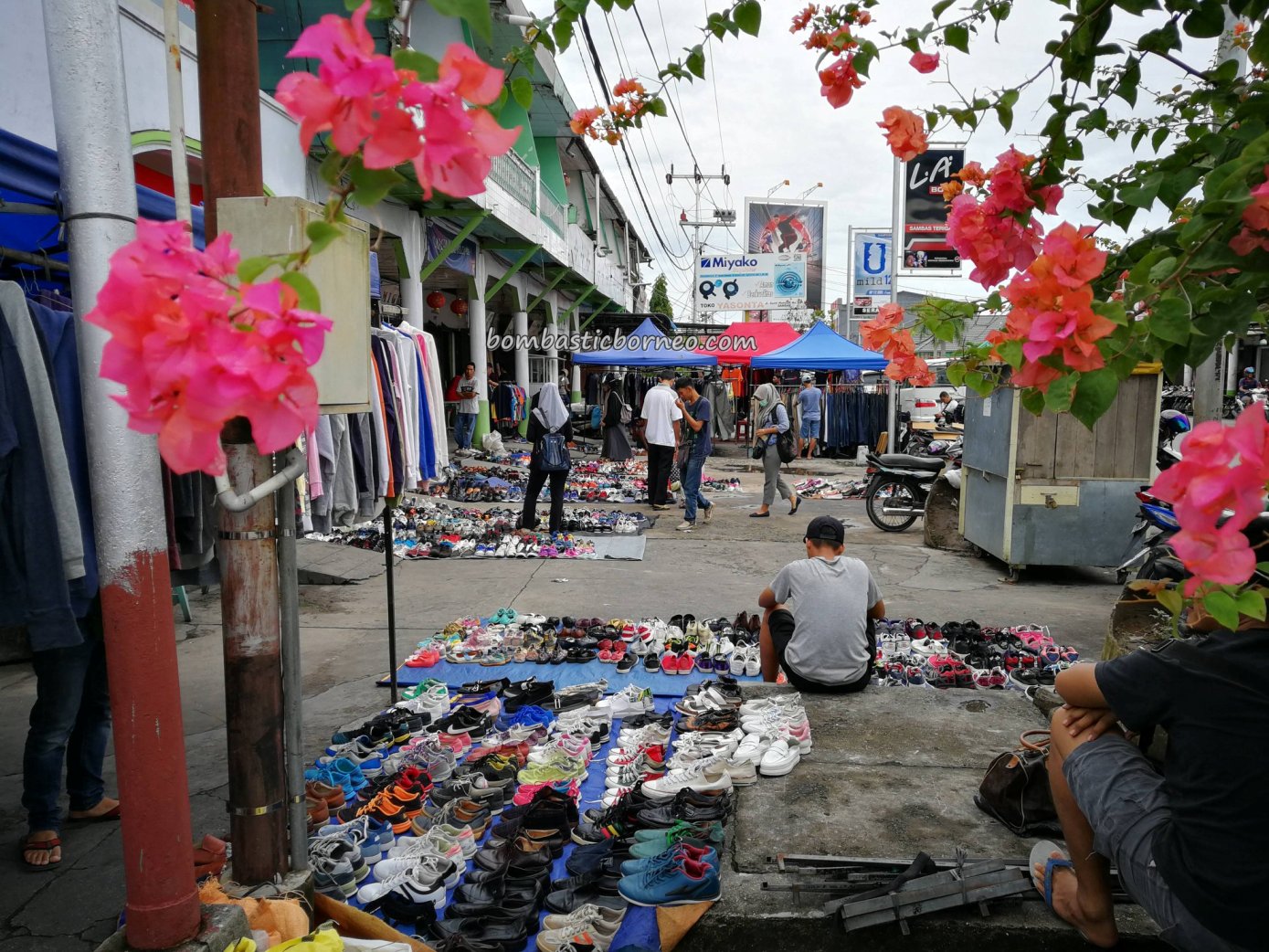 Historically also, the first batch of Chinese to arrive in Borneo were Hakka gold miners arranged by the Sultan of Sambas at the end of the 18th century. So more than 300 years ago the Chinese first set foot here and moved slowly south wards and eventually the whole of Kalimantan.

The next group entered via Kudat, Sabah brought in by the North Borneo Company to kickstart the farming industry in Sabah. The third wave was through Sarawak thanks to the Brookes in the early 19th century.

Coming back to birthplace of the famous ‘bubur pedas’, we took a tour of the town at a timely Ramadhan where Malay families were all busy making delicacies to be sold at the Ramadhan bazaar. 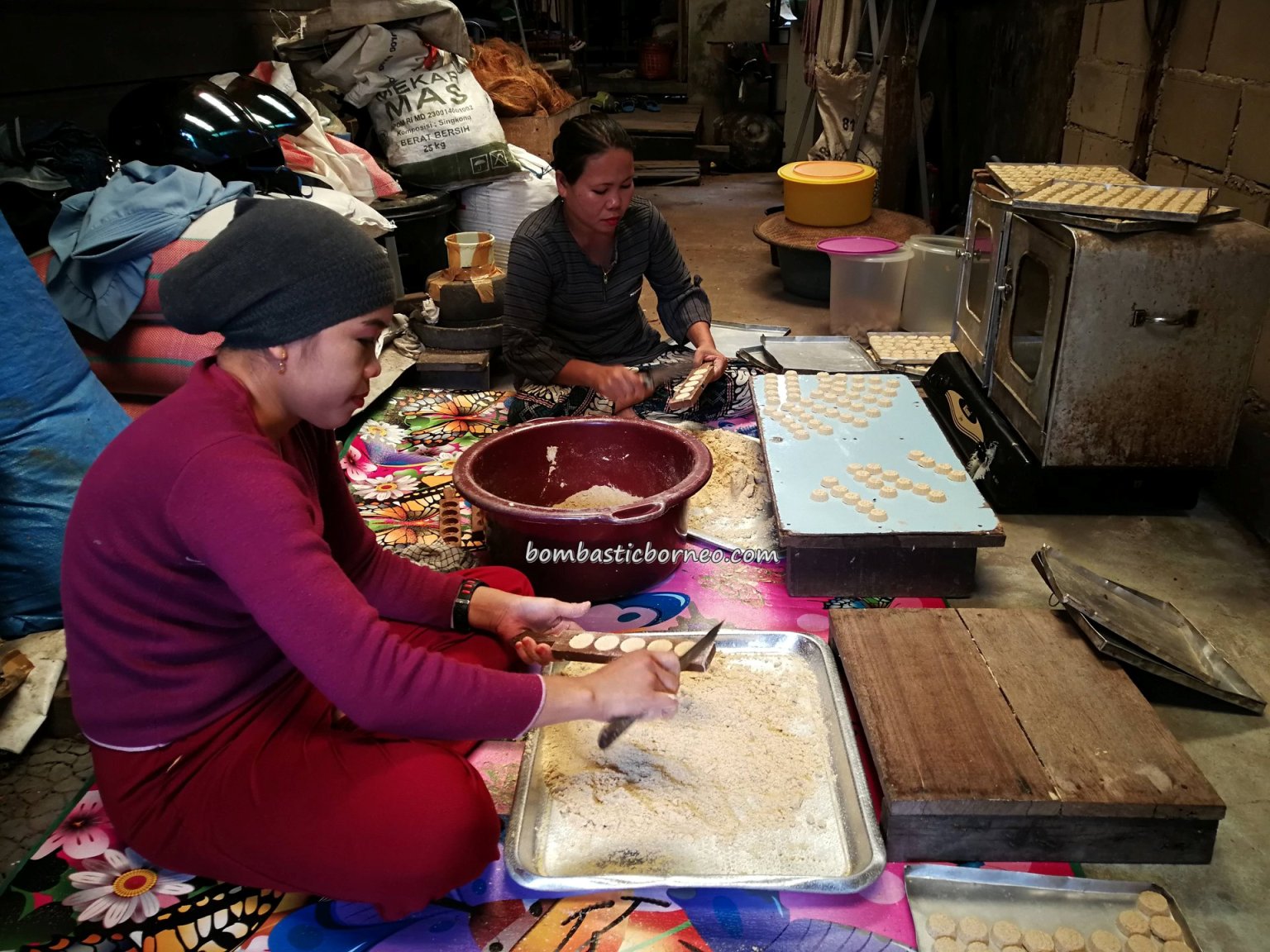 One super friendly family invited us in to taste her specialty ‘rojak’ which came in the form of a fruity drink rather than the usual salad. It was a mixture of pineapple, cucumber, syrup, ice cubes and little chunks of red hot chilli! Strangely unique but nice and I would not mind a second round after a long hot stroll along the river bank. Be sure to try it when in Sambas. Nowhere else in the world would you find this.

Many traditional activities and products can still be found in this ancient Malay town, like blacksmiths, rattan weavers, perahu tambang or boatmen. 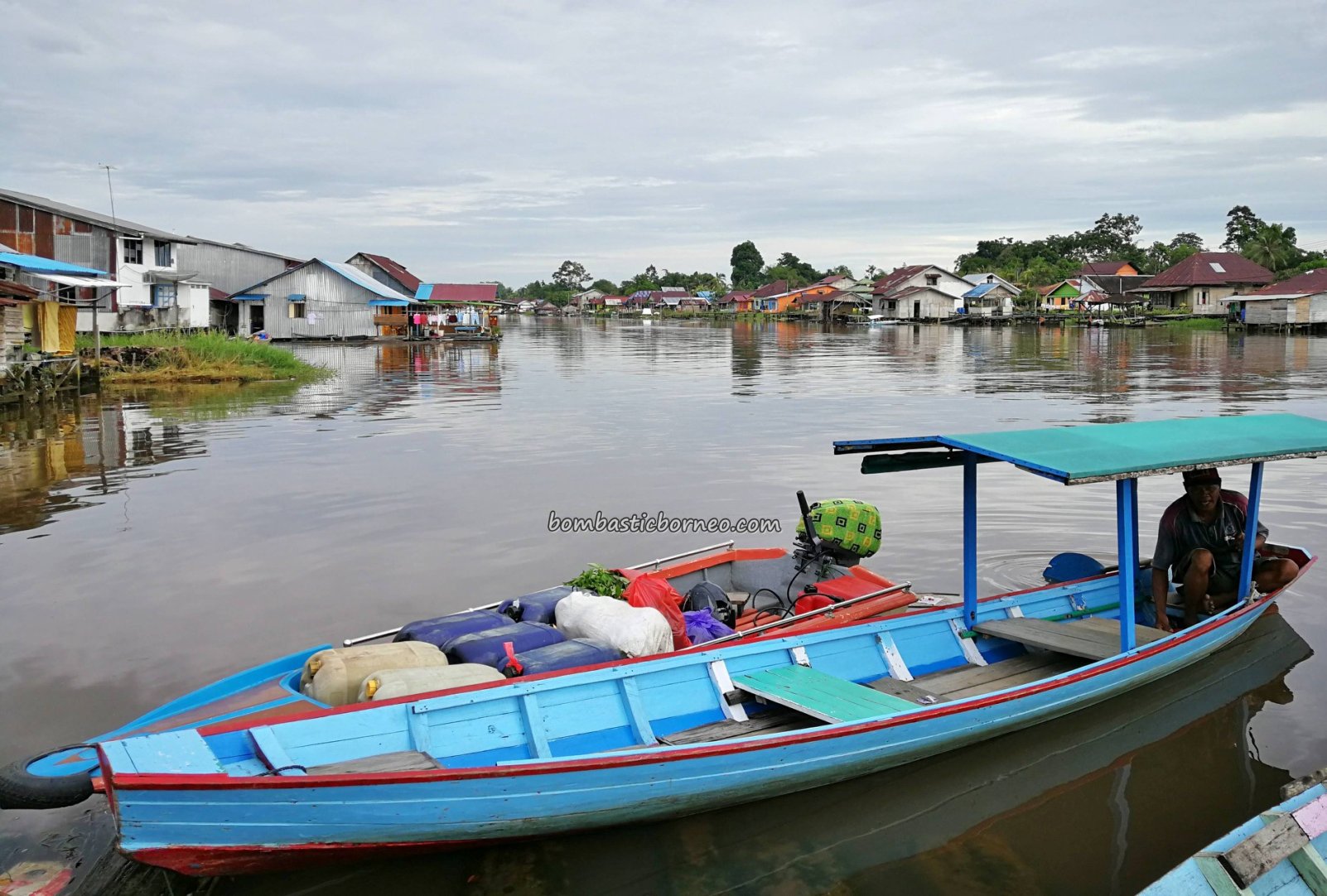 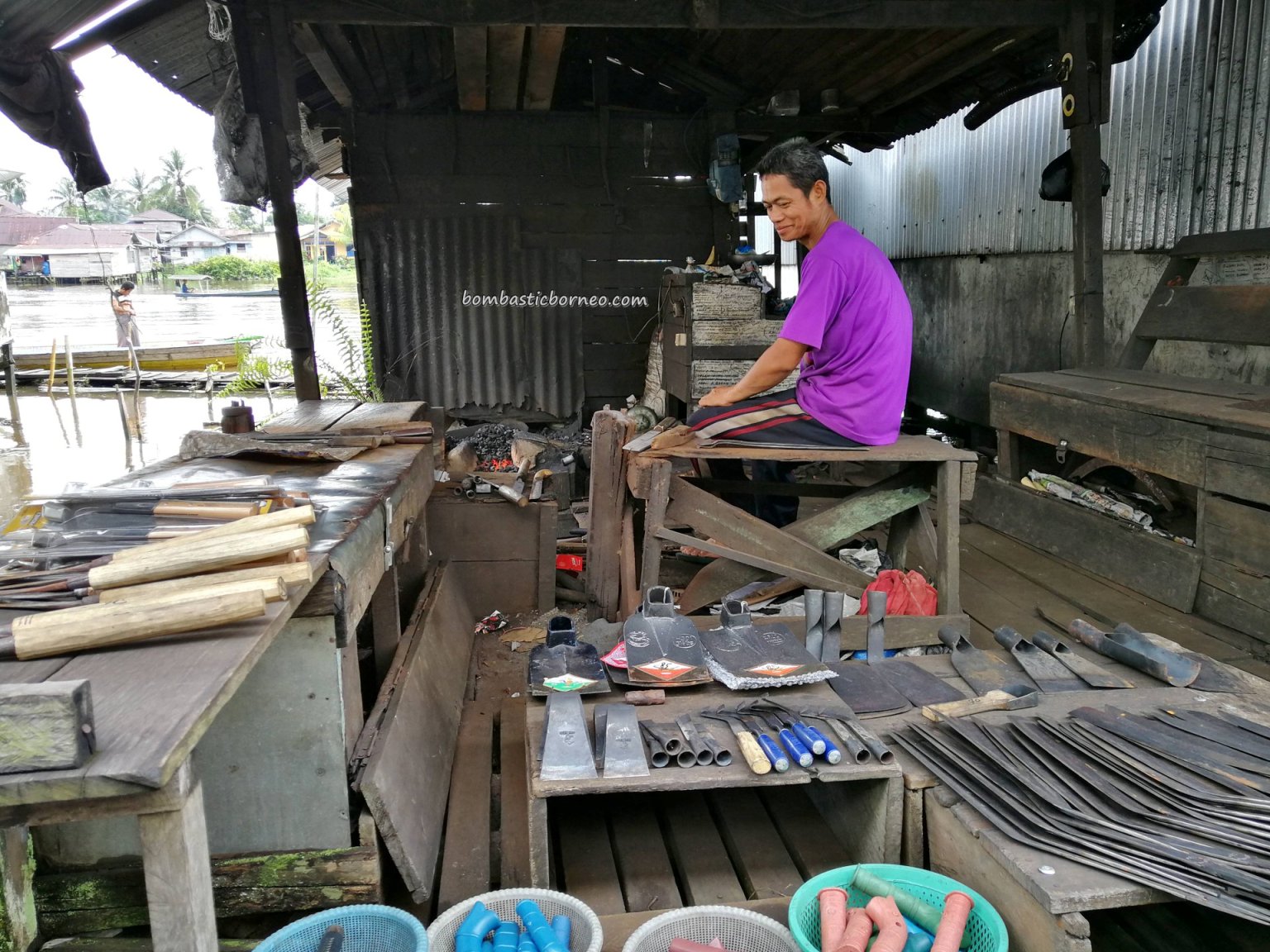 I was surprised that the traditional broom made from ijok hair was still produced here. Ready peeled nipah fruits were popularly sold in the market. Most of the green oranges sold in Indonesia come from Sambas. Chinese and Malay food can be easily found within walking distance be it day or night. 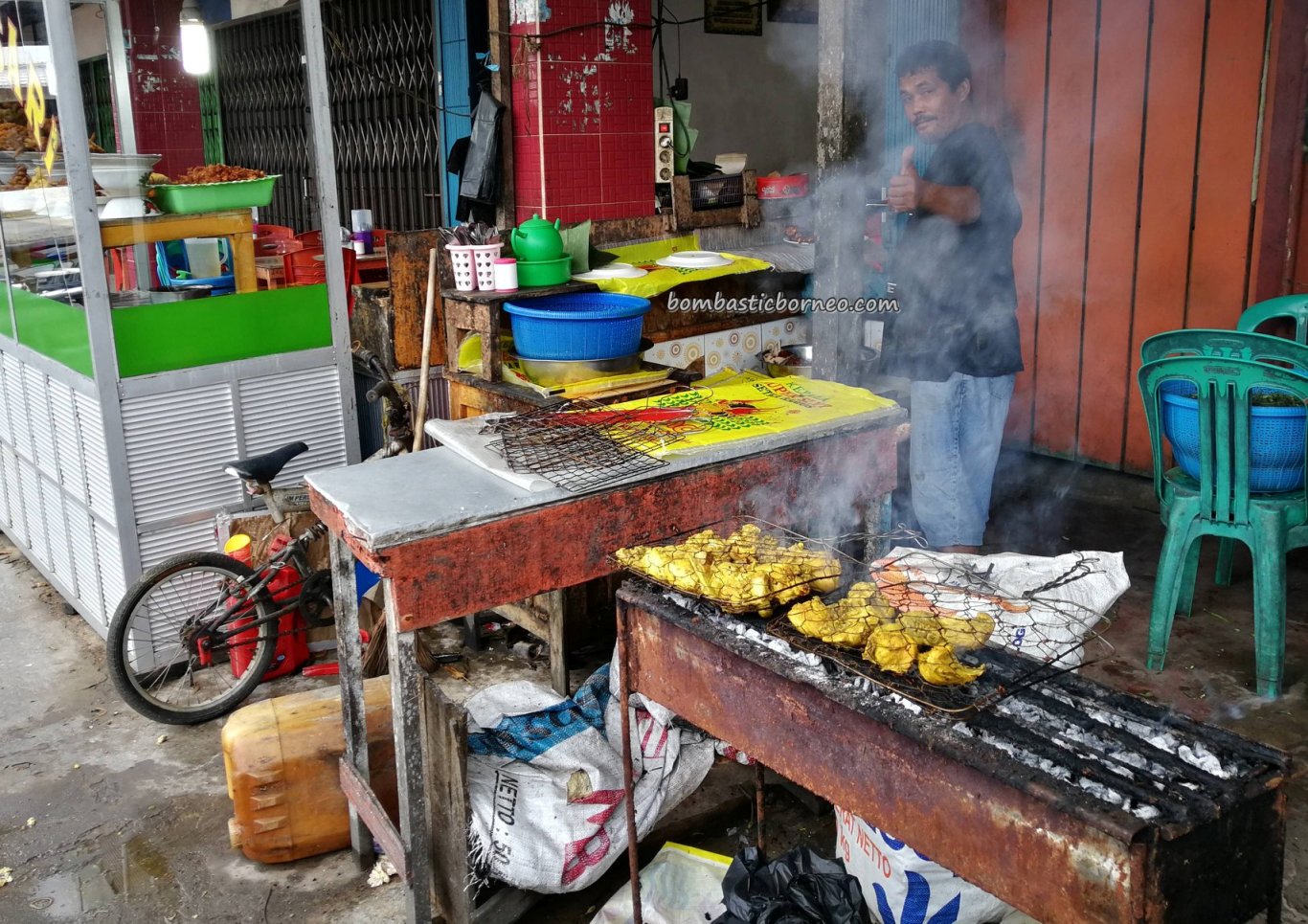 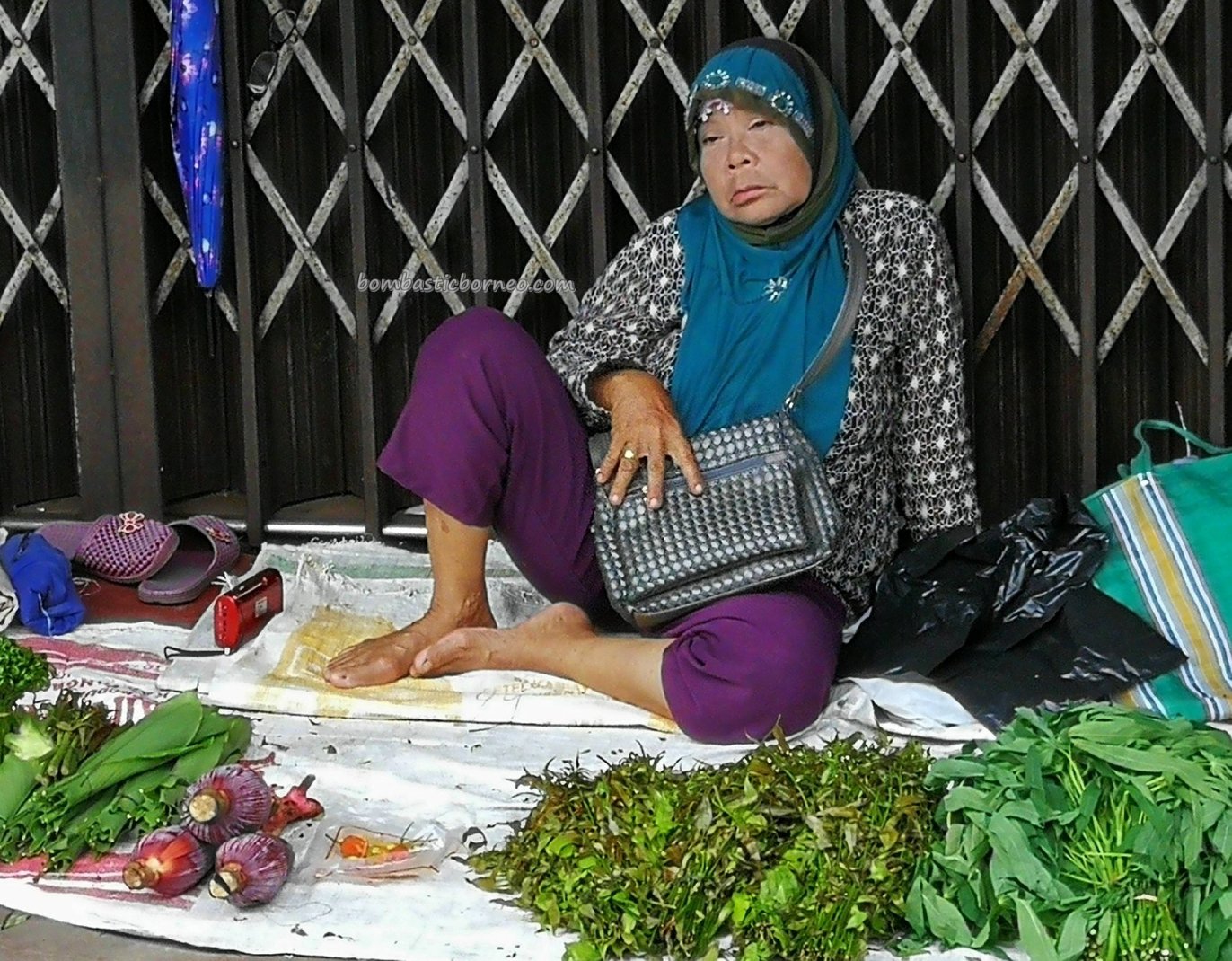 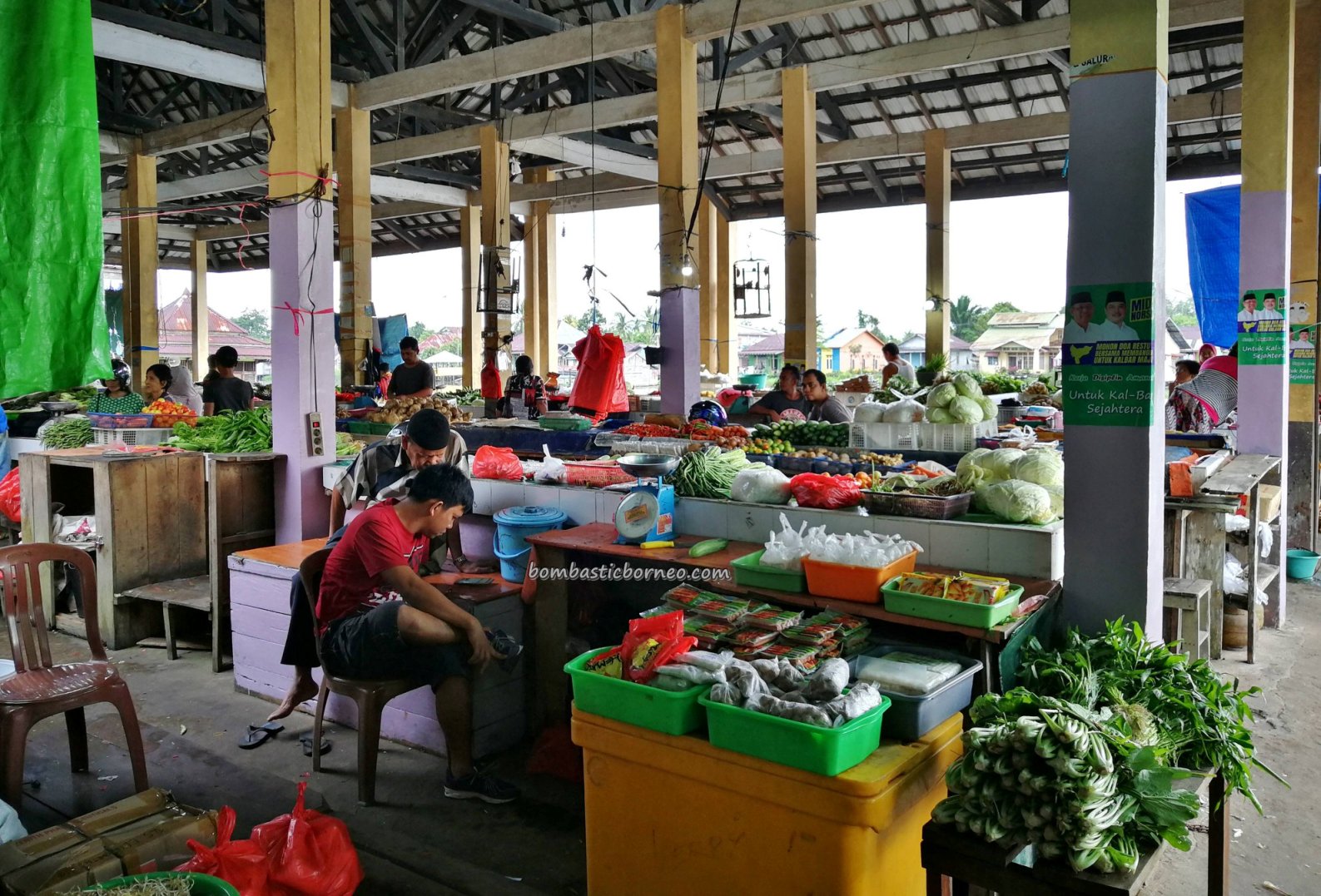 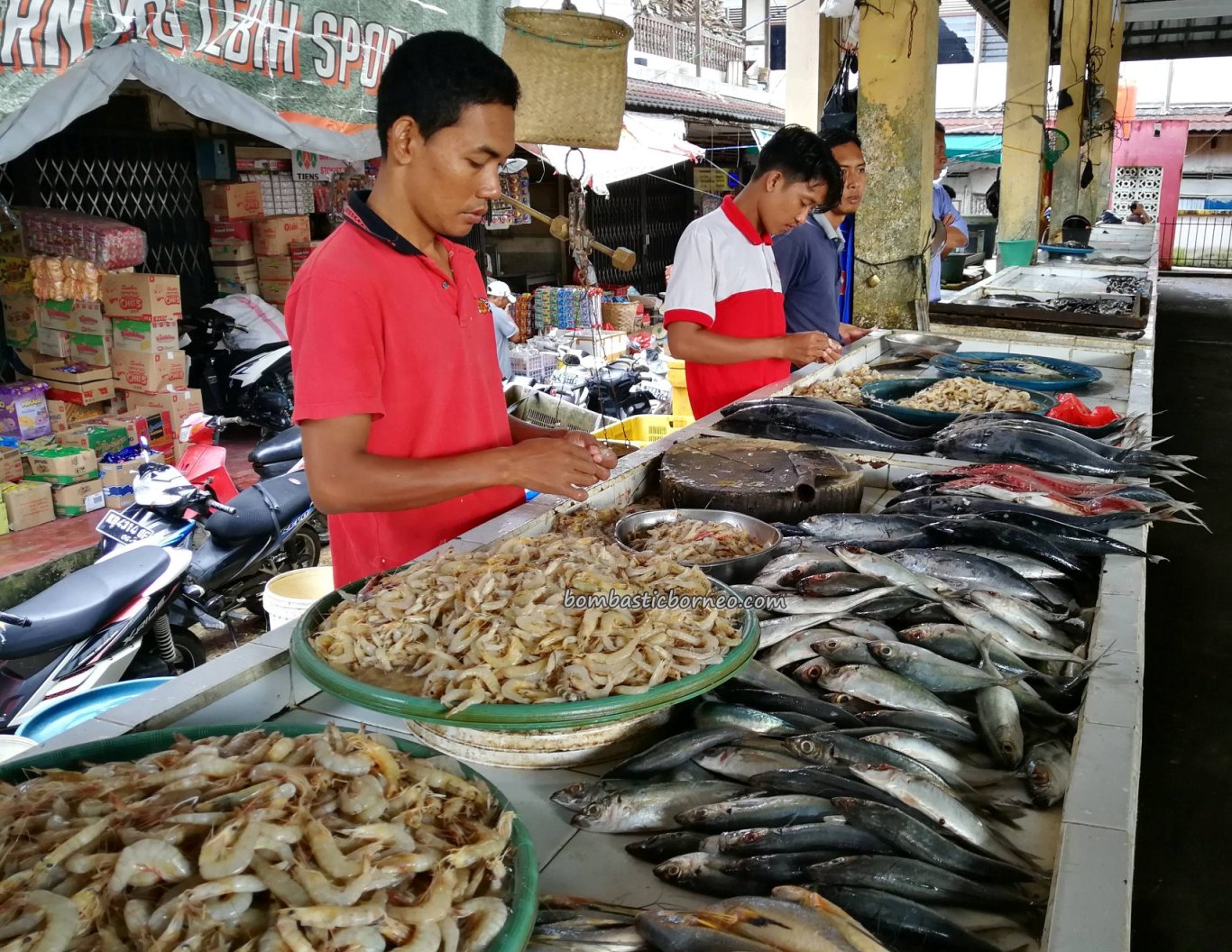 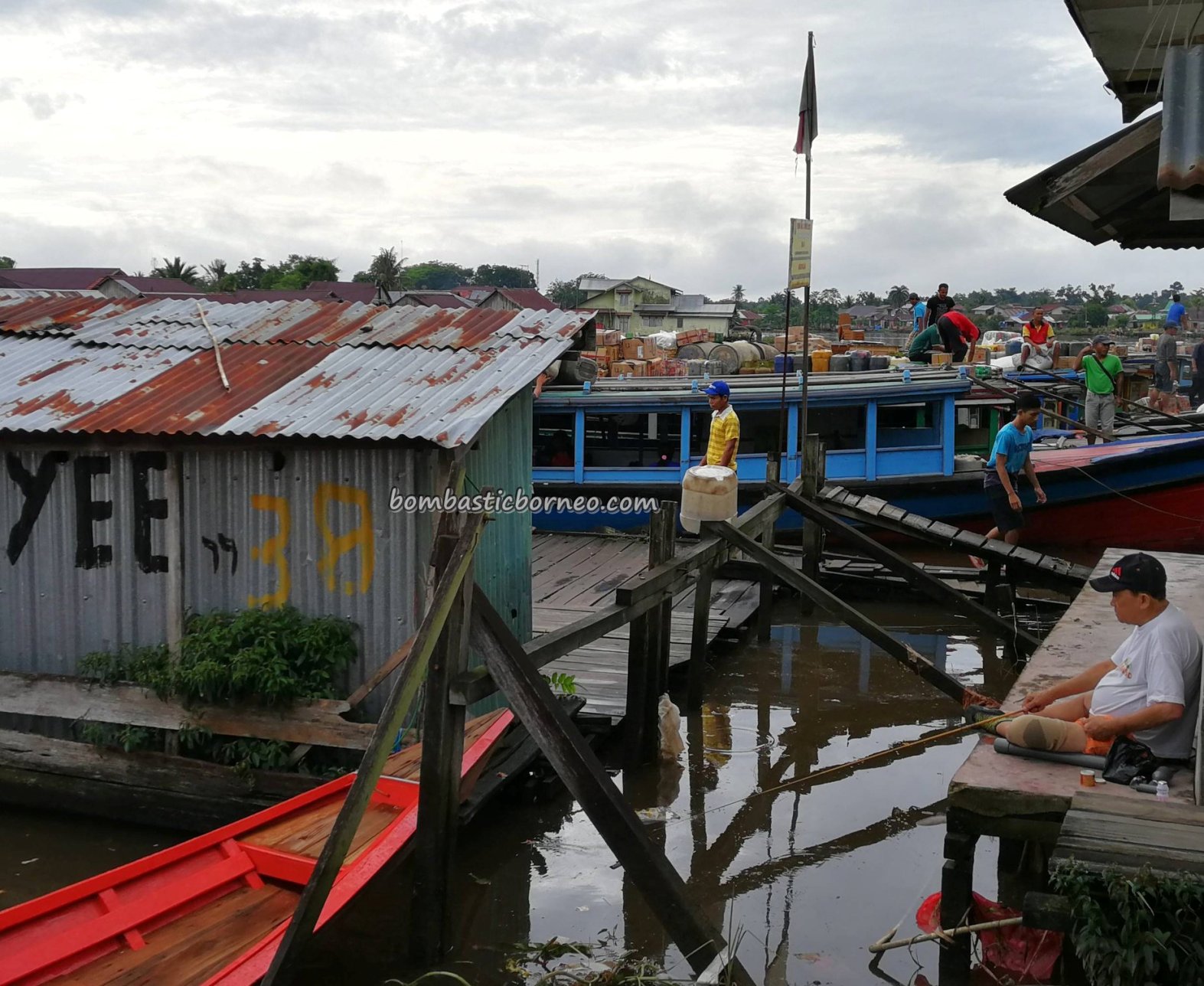 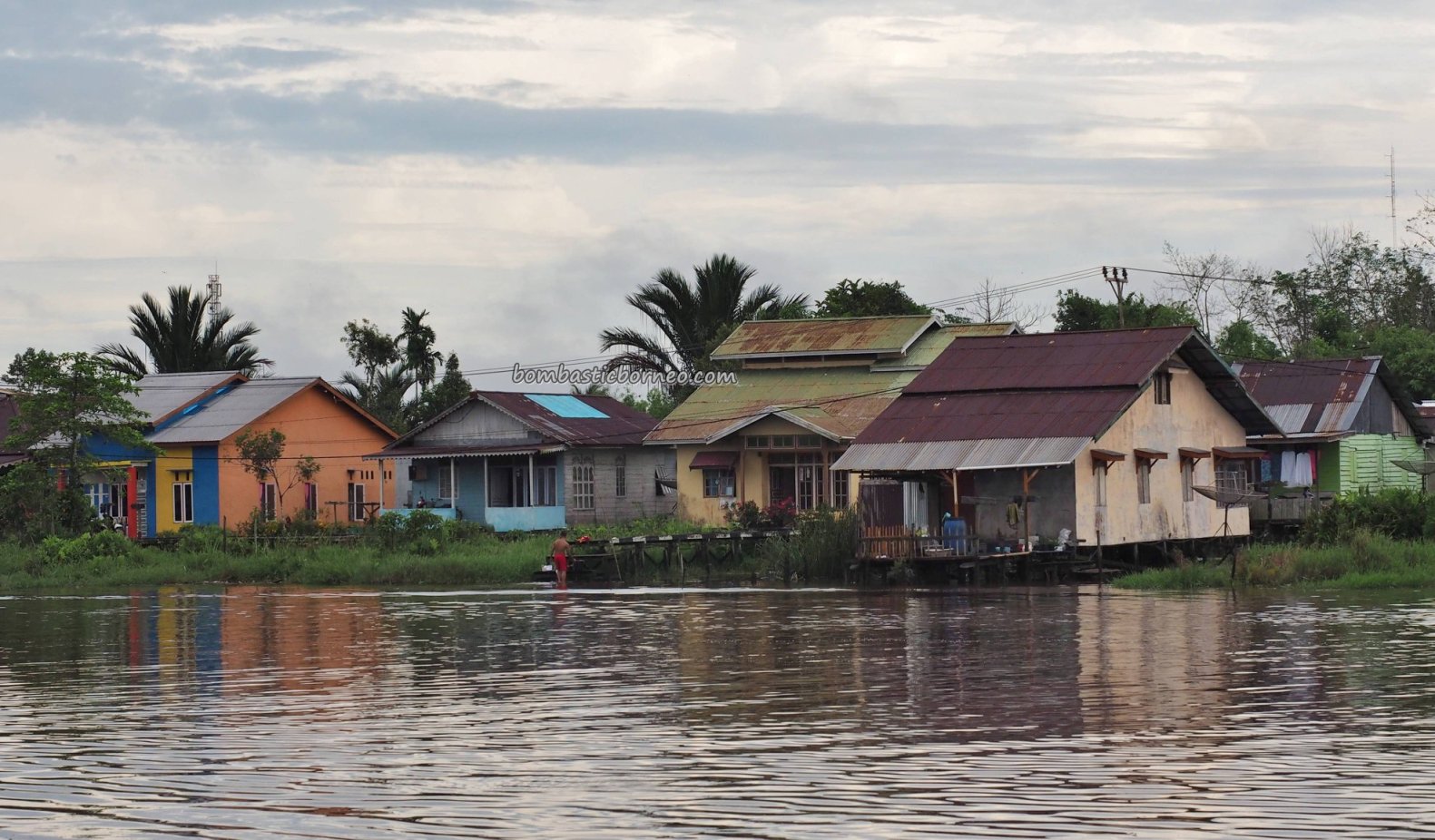 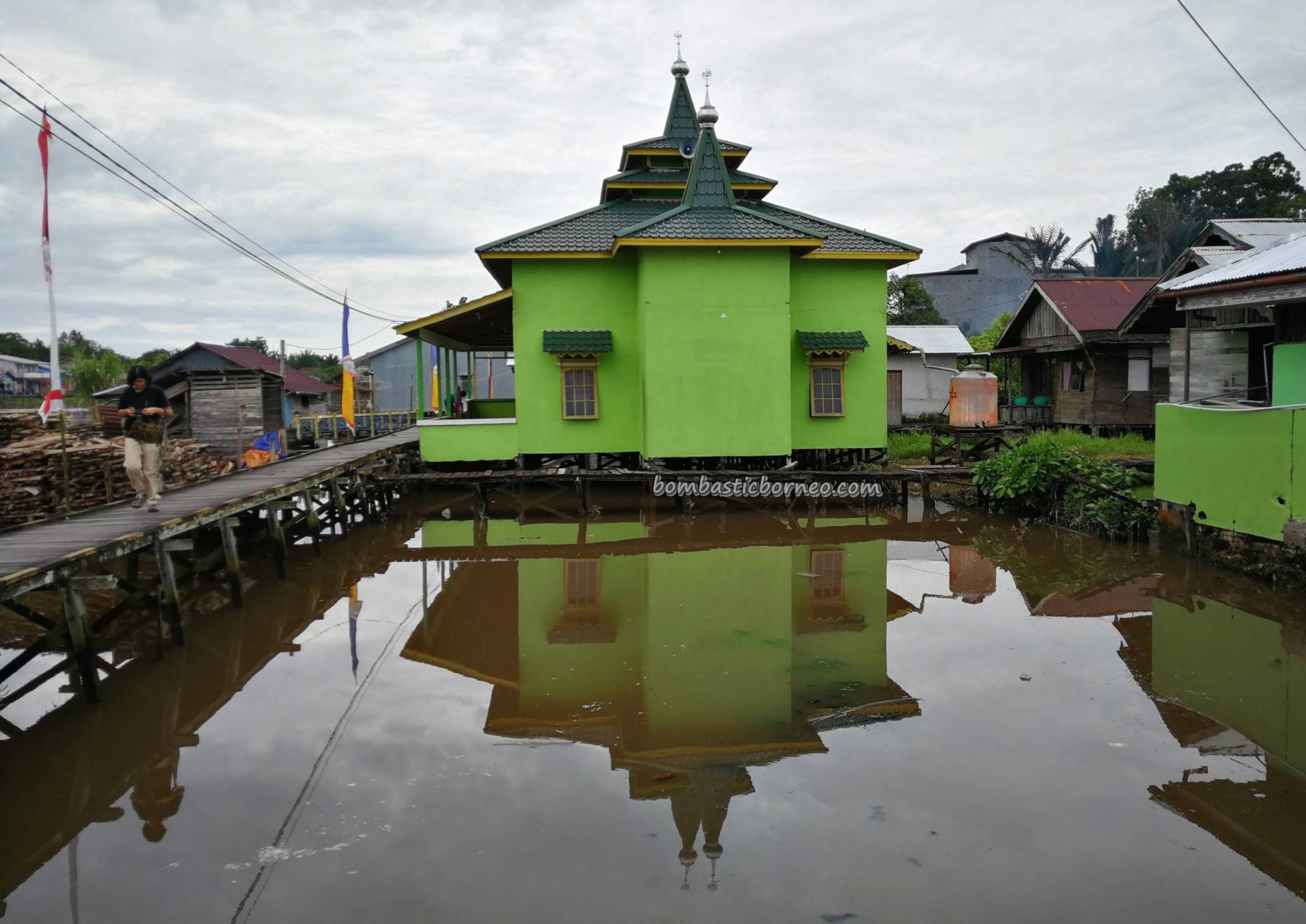 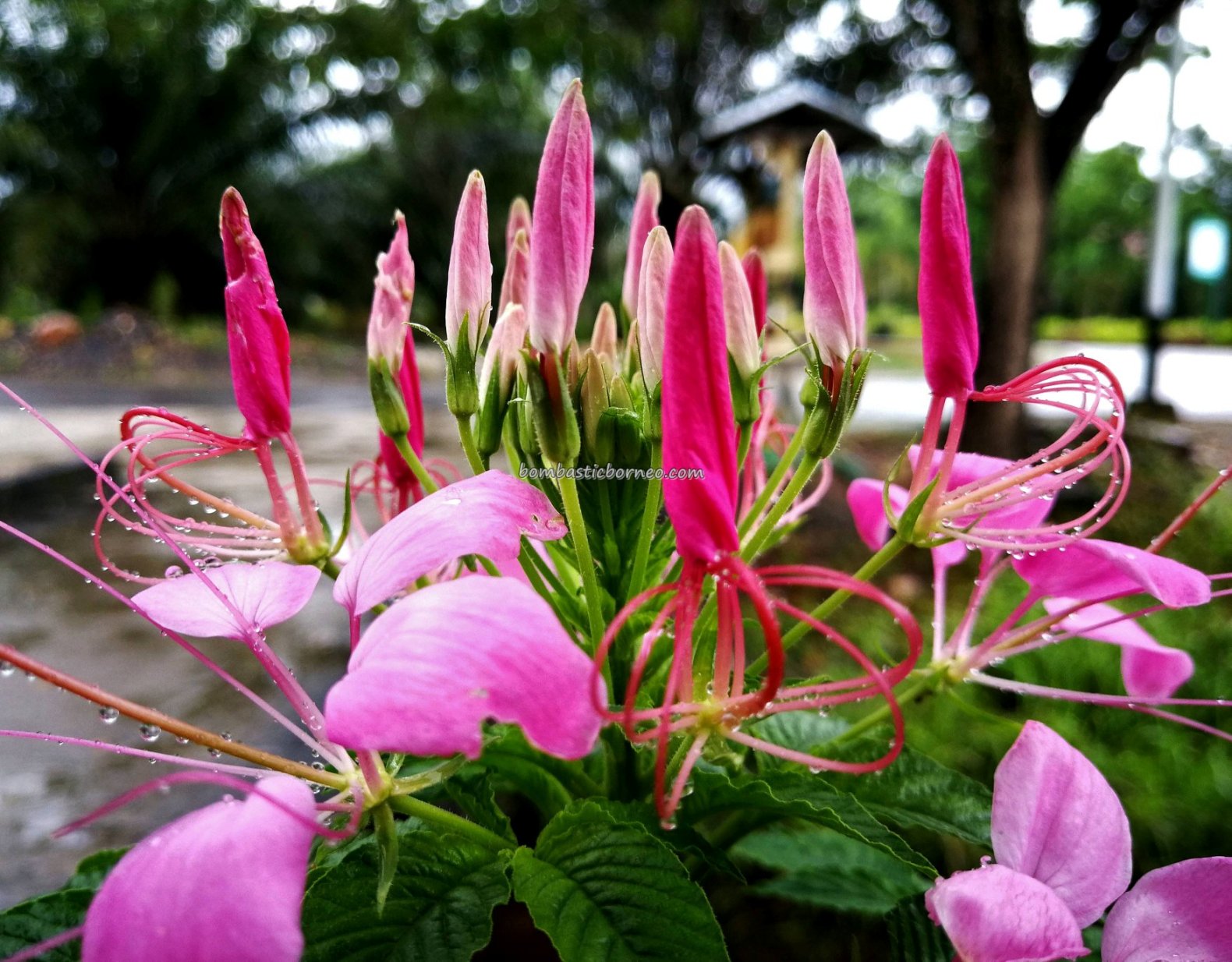 Hotels here are very reasonably priced. I would highly recommend those who drive through from Kuching to Singkawang and Pontianak to spend at least a night here. Charter a boat to do the river tour and visit the kampungs on the opposite side of the river. Most Sambas folks are shy and would not make the first move to talk to foreigners but once they open up, they do have a lot of stories to tell. Next…….Keraton Sambas