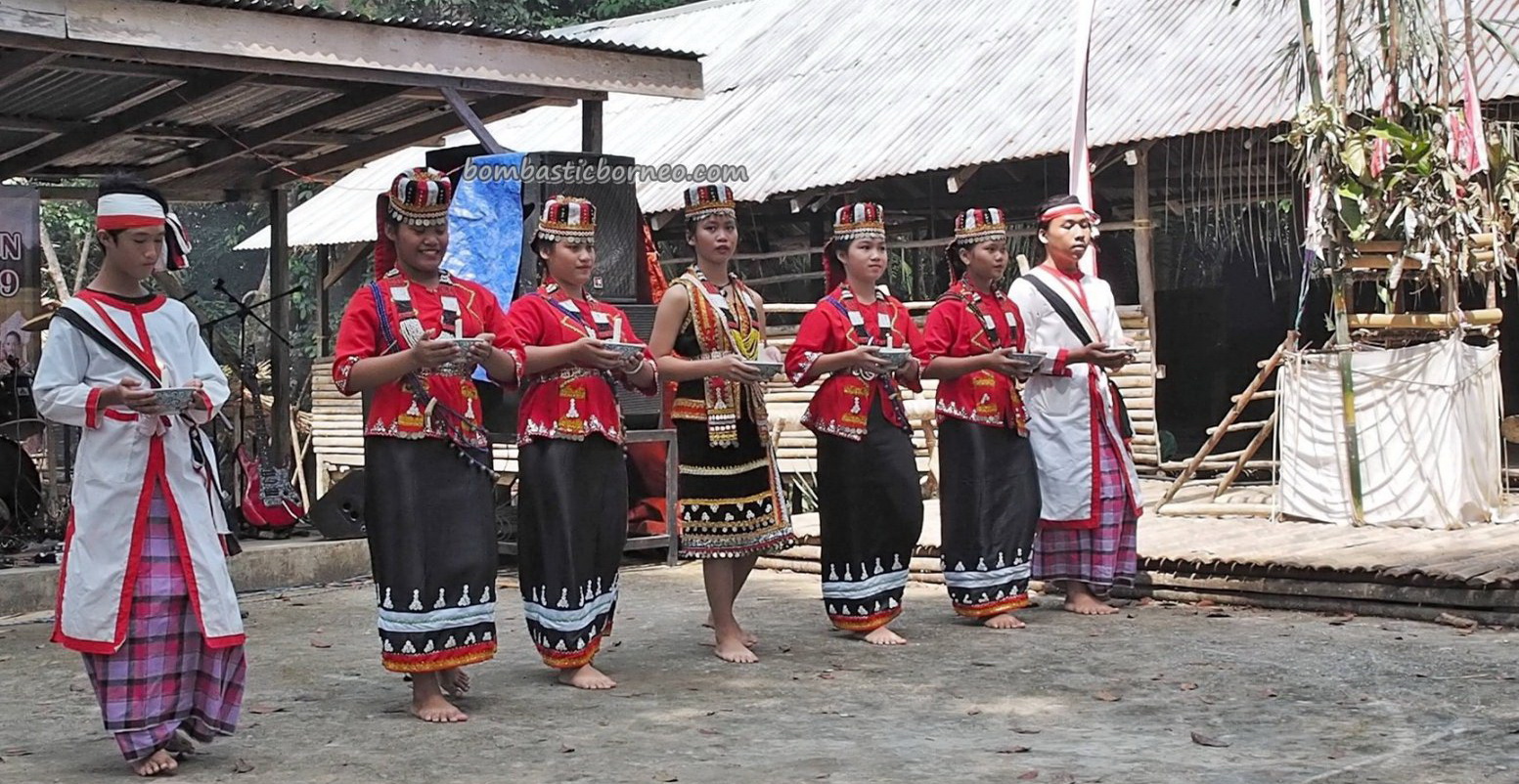 On the second day of every Gawai which is on the 2nd of June every year, the Bidayuhs of Selampit village would gather at the bank of the Kayan River just next to the Batu Si’ib, a legendary and elusive piece of rock that lies in the Kayan River whose story I was told but mostly forgotten except that a sunken boat with a family turned into this Batu Si’ib. 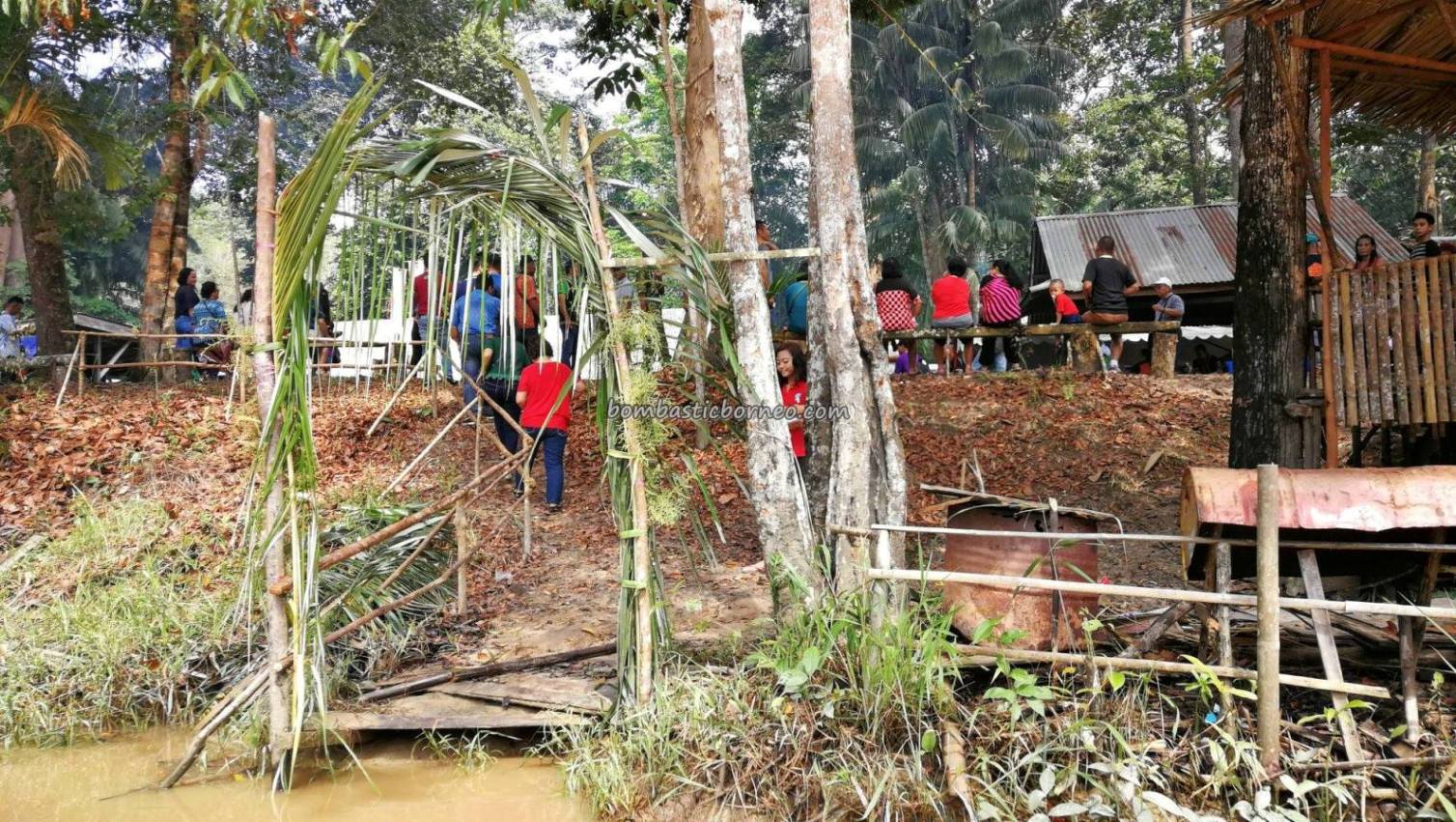 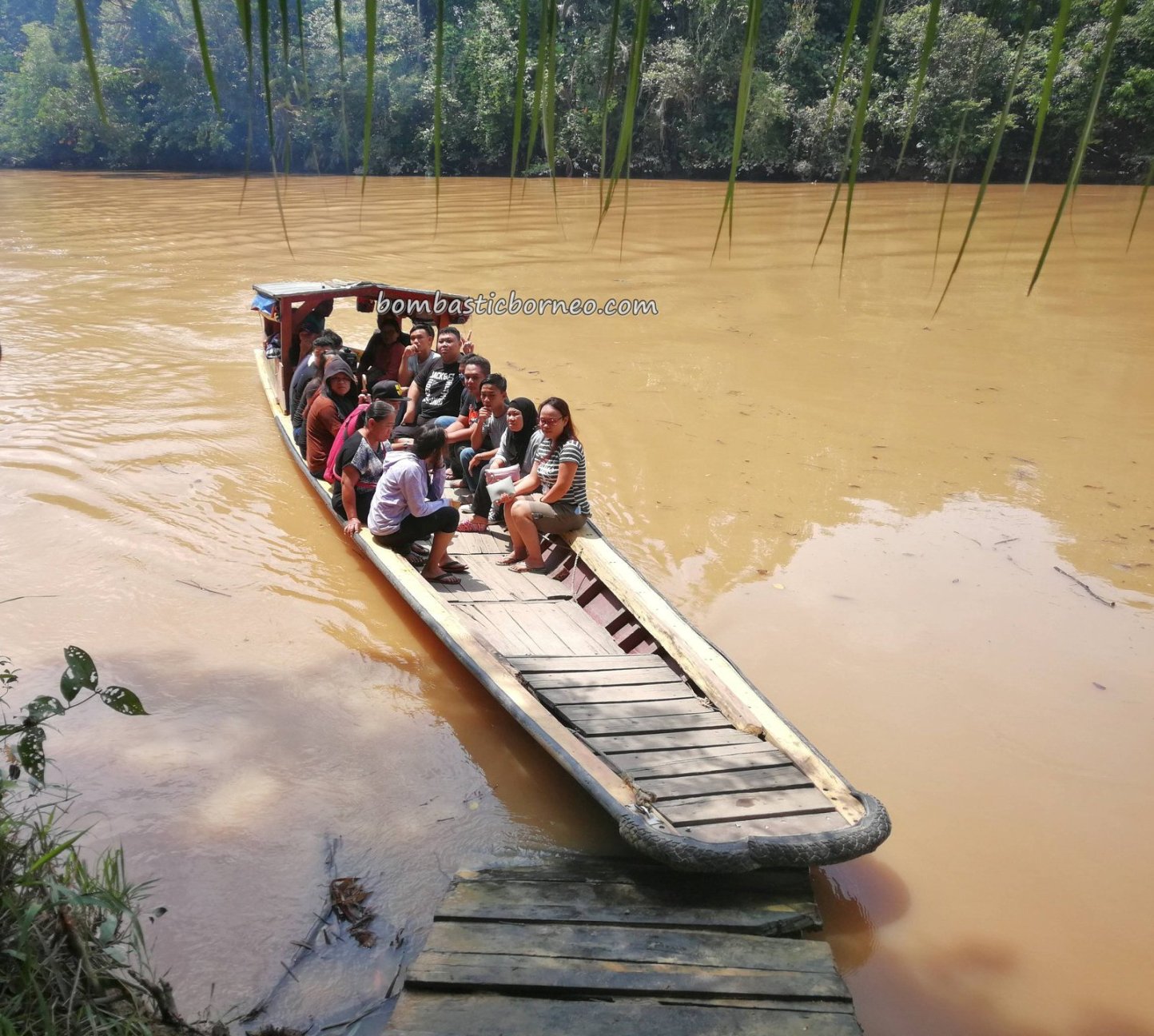 “Please check out our posts on Selampit village here”

It is still revered every year during Gawai with traditional animal sacrifice and what was interesting in this particular practice not seen elsewhere, the villagers would buy little white flags to write their names, identity card numbers (including lottery numbers) and have their wishes prayed over by the priest/priestess. 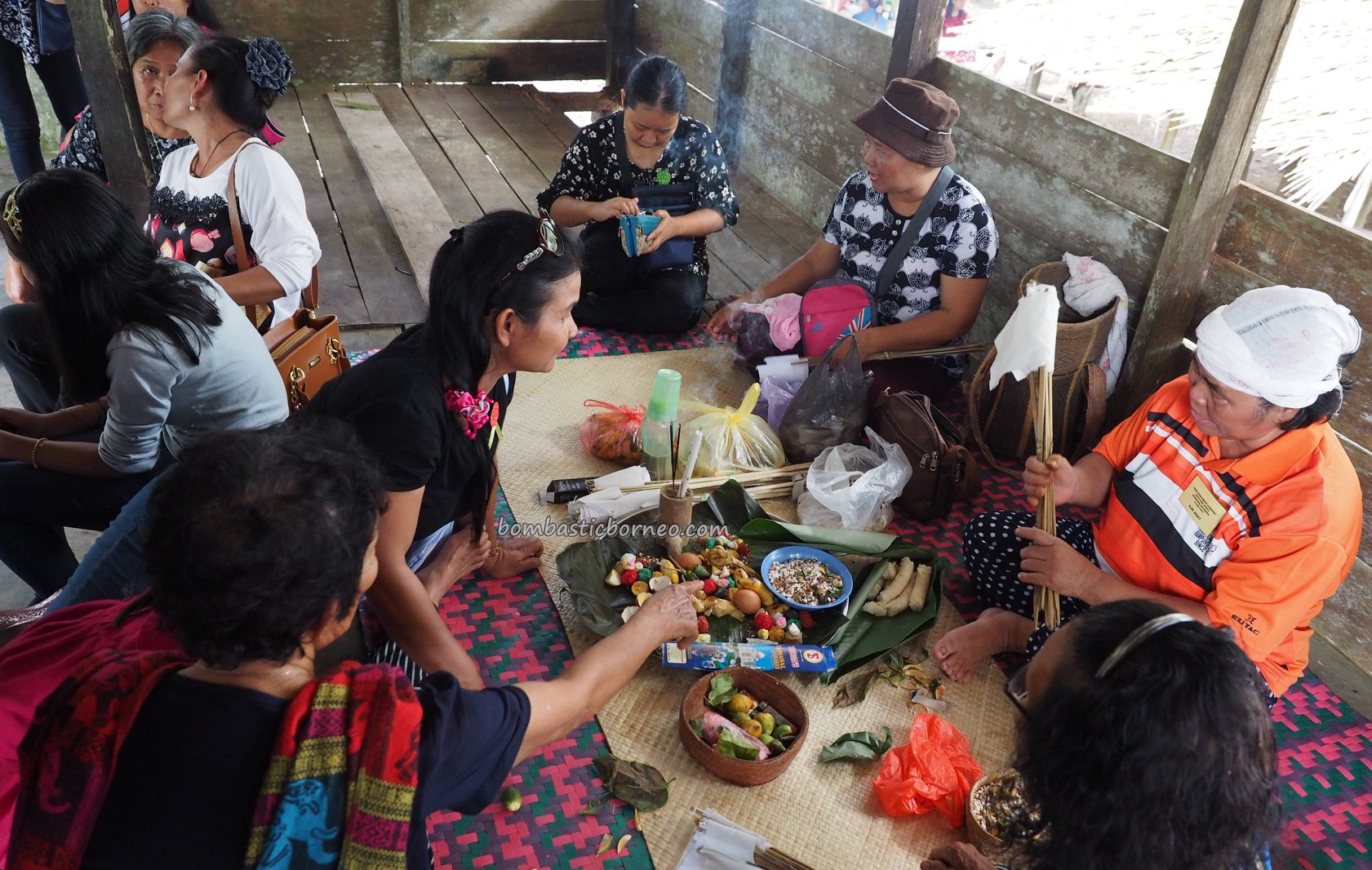 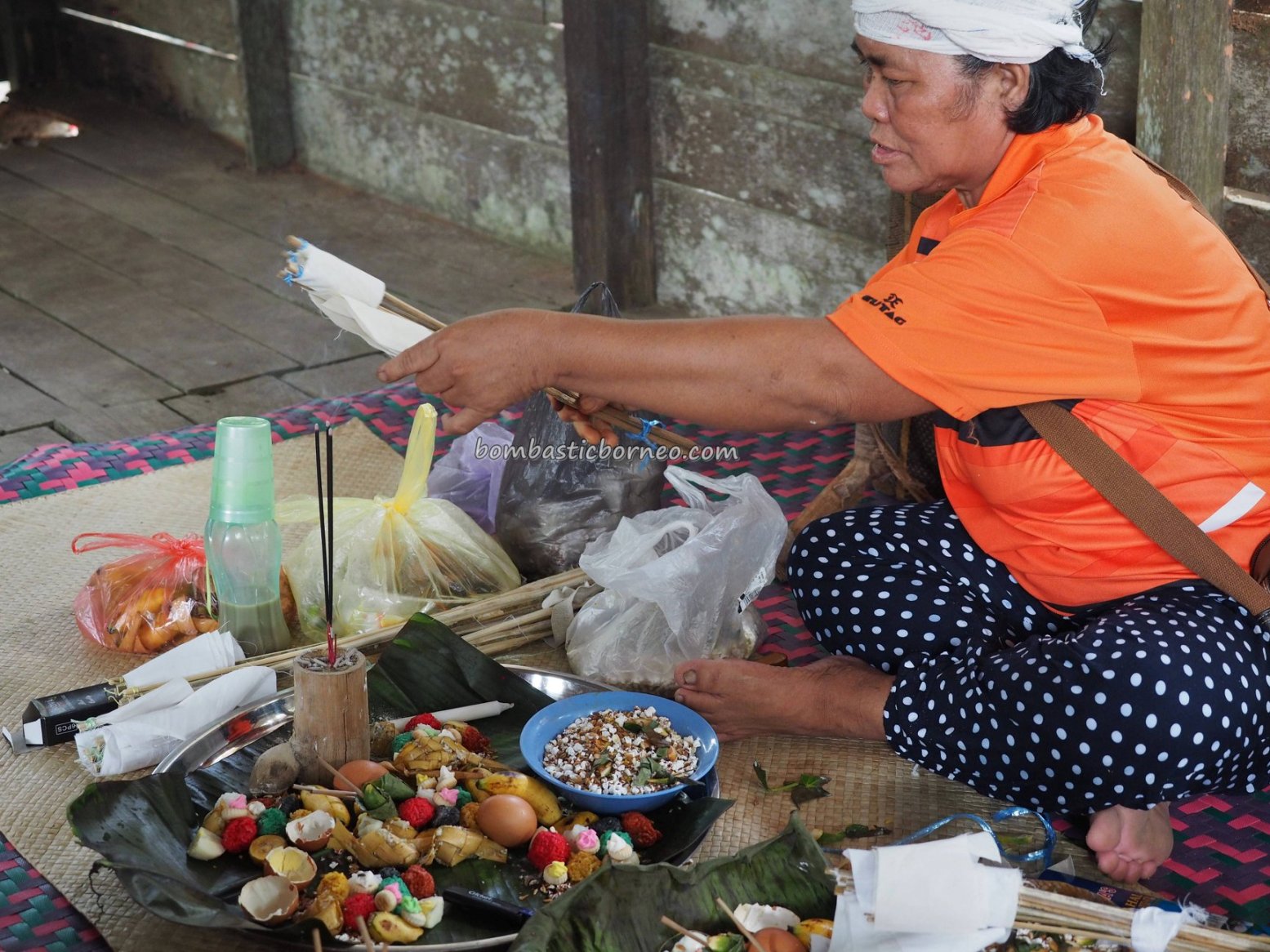 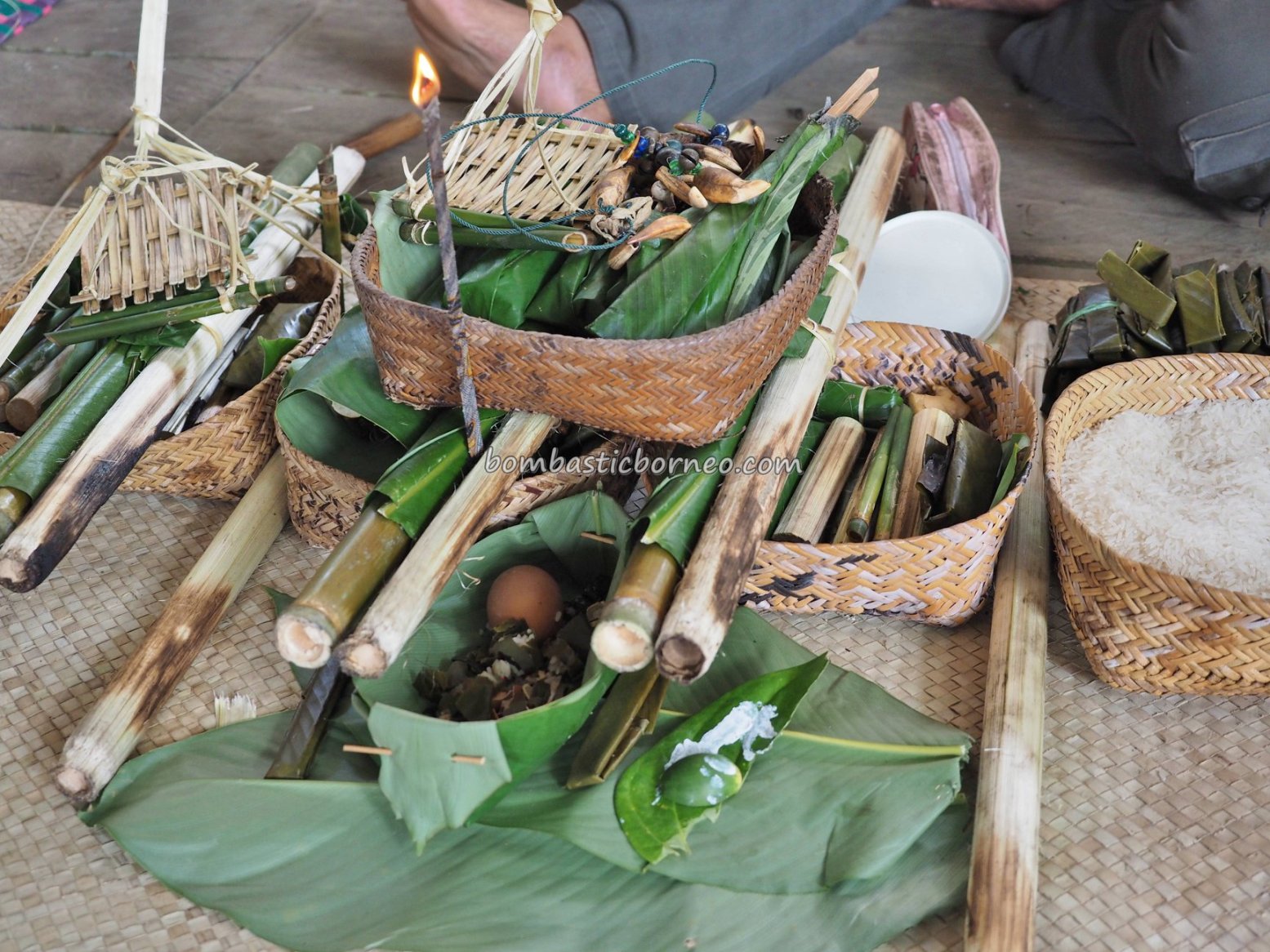 After which these flags would be planted on a special spot on the river bank next to the rock. The rock was submerged and could not be seen at that point in time because of the tide. I guess we will have to stay over next time to catch Batu Si’ib in low tide. 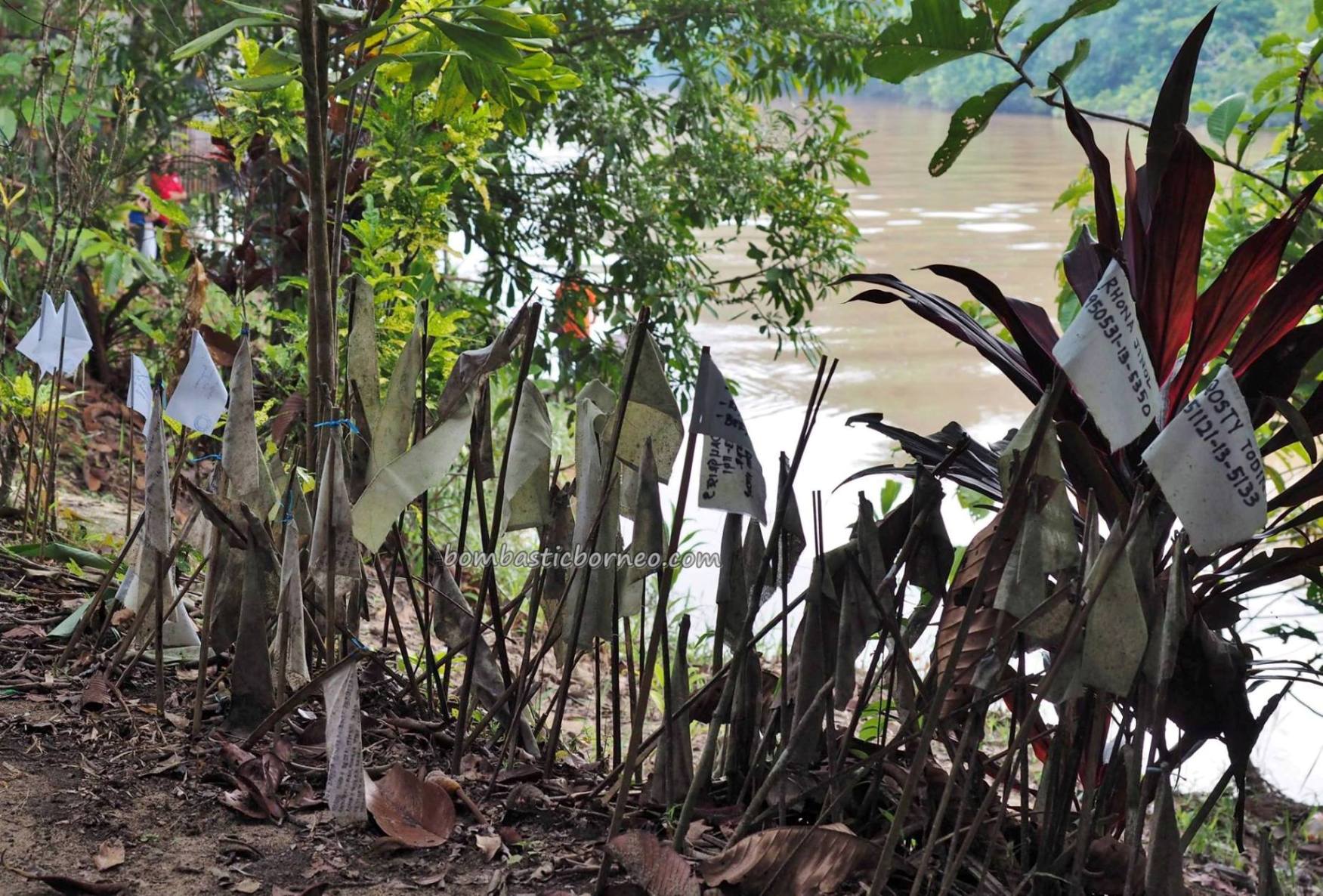 The other outstanding difference in the Selampit celebrate Gawai was the ‘Open House’ or rather ‘Open Pondok’ concept at the venue where friends and strangers alike just walked into the pondoks and food would be served, no questions asked. Visitors would moved from pondok to pondok trying all kinds of traditional food cooked on the spot. Meat eaters would love it! There are some stalls that would have price lists and I guessed they would be the ones that would operate at night for the partying and dancing. 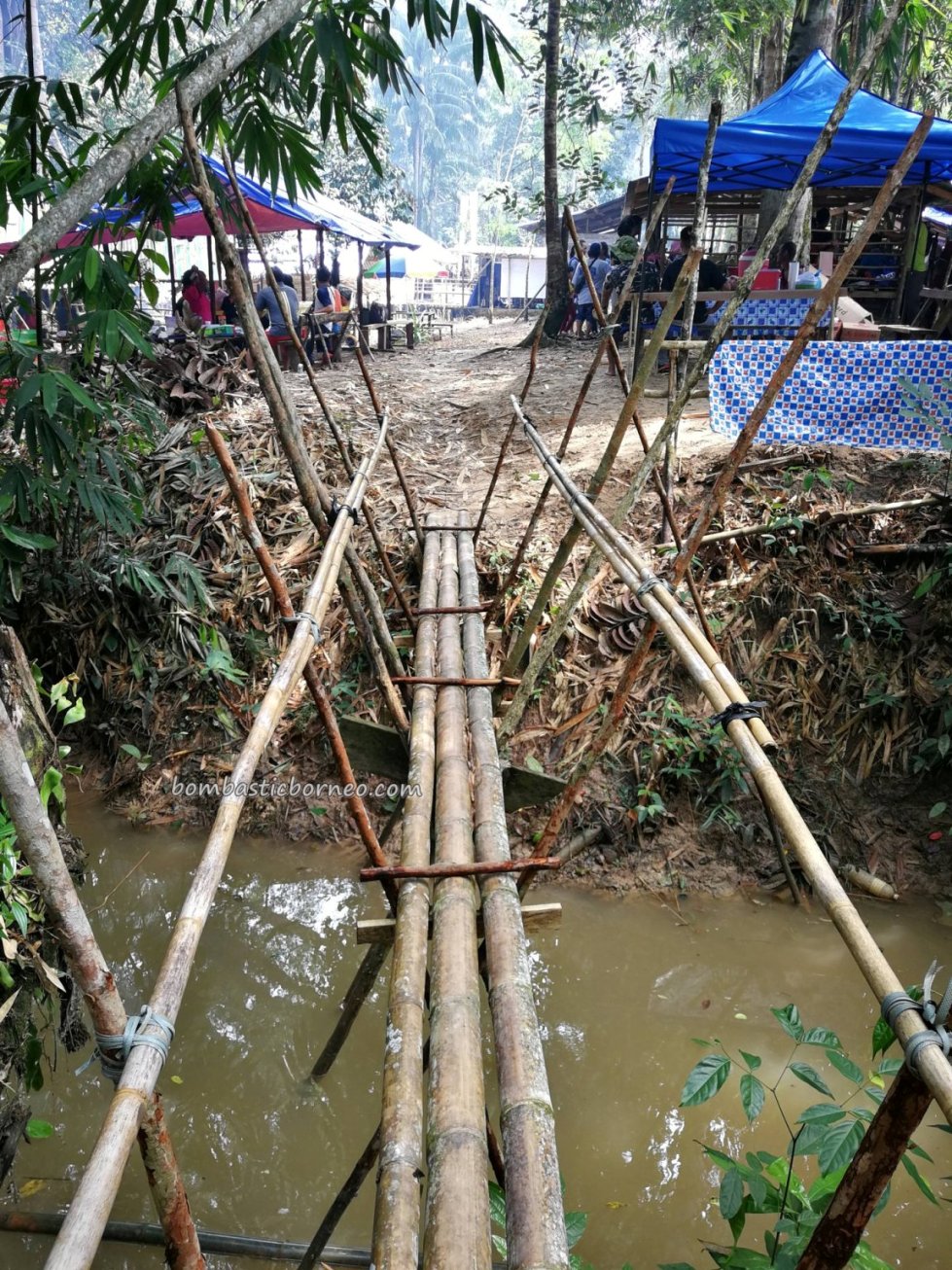 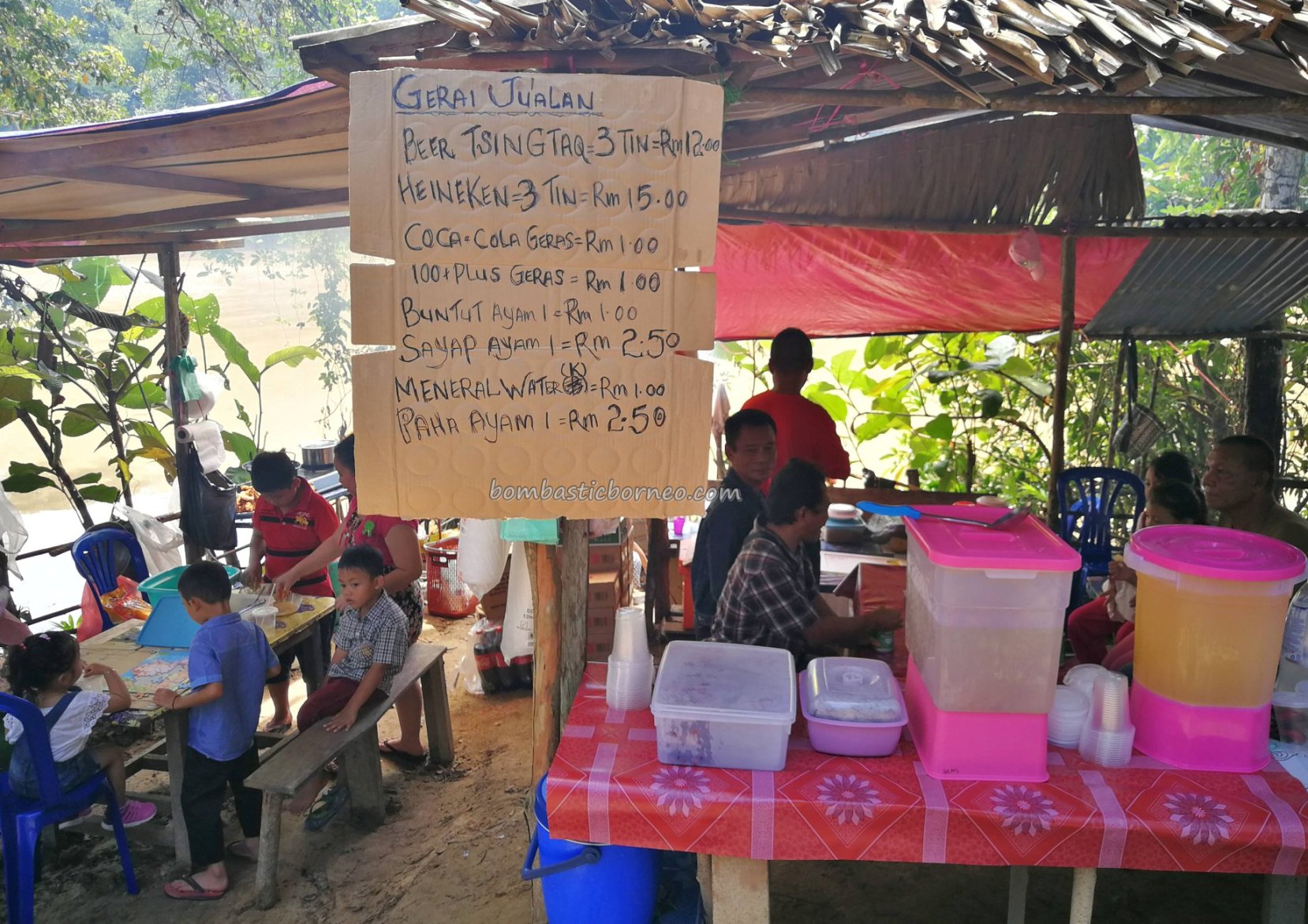 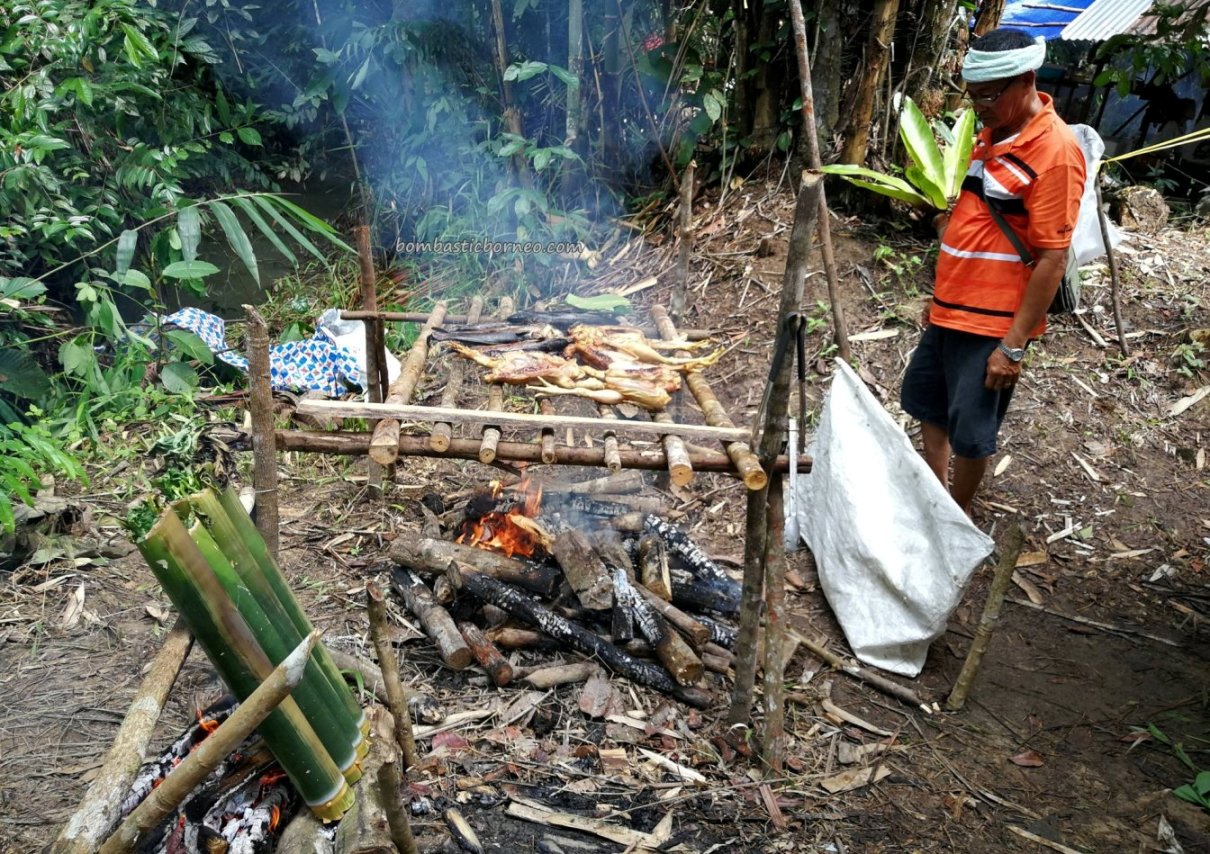 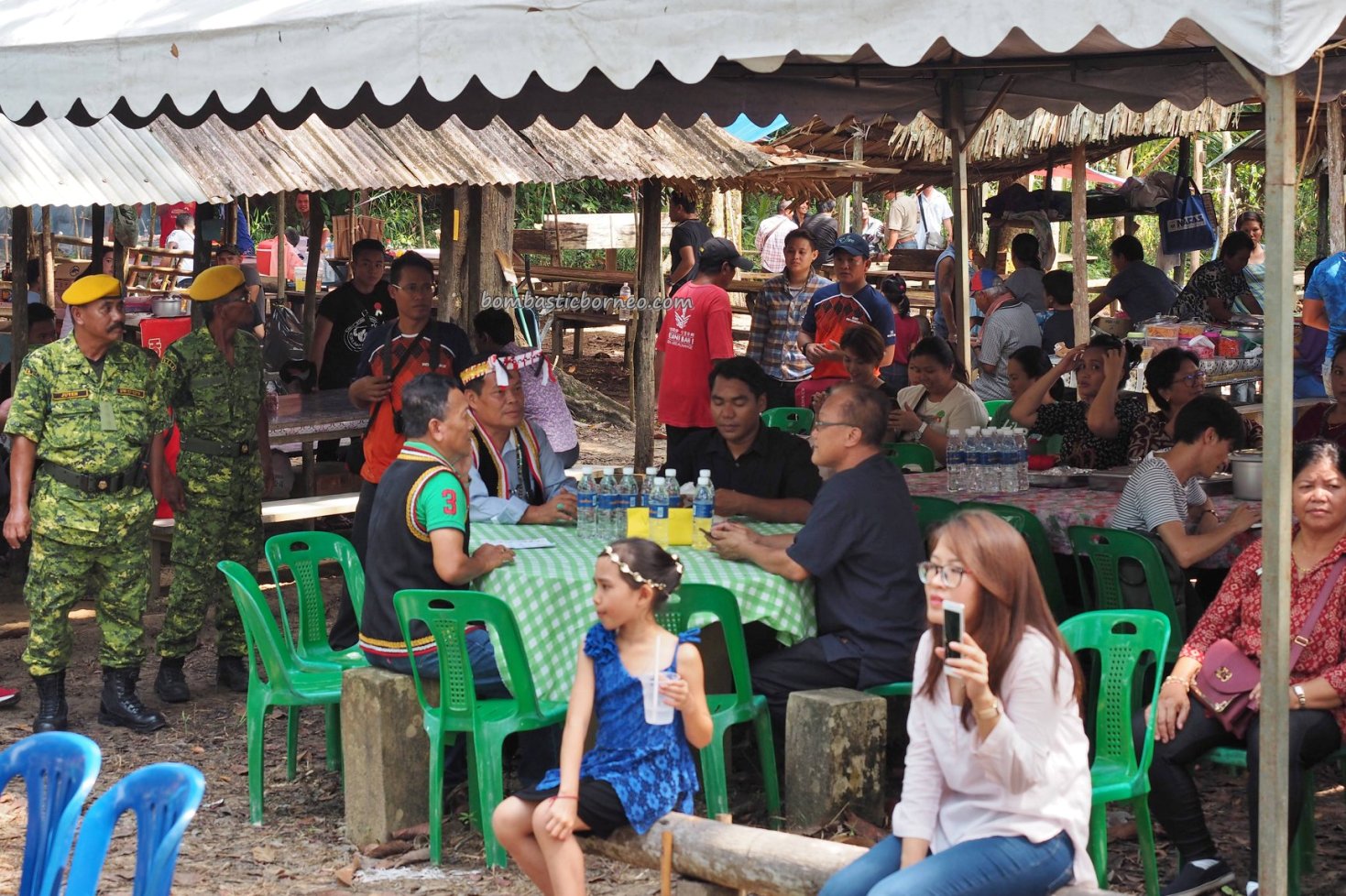 Mas Gading Member of Parliament, Mordi Bimol fresh from his election victory, officiated the opening of the event and delivered his (maiden) speech at the make shift stage next to the mock longhouse. 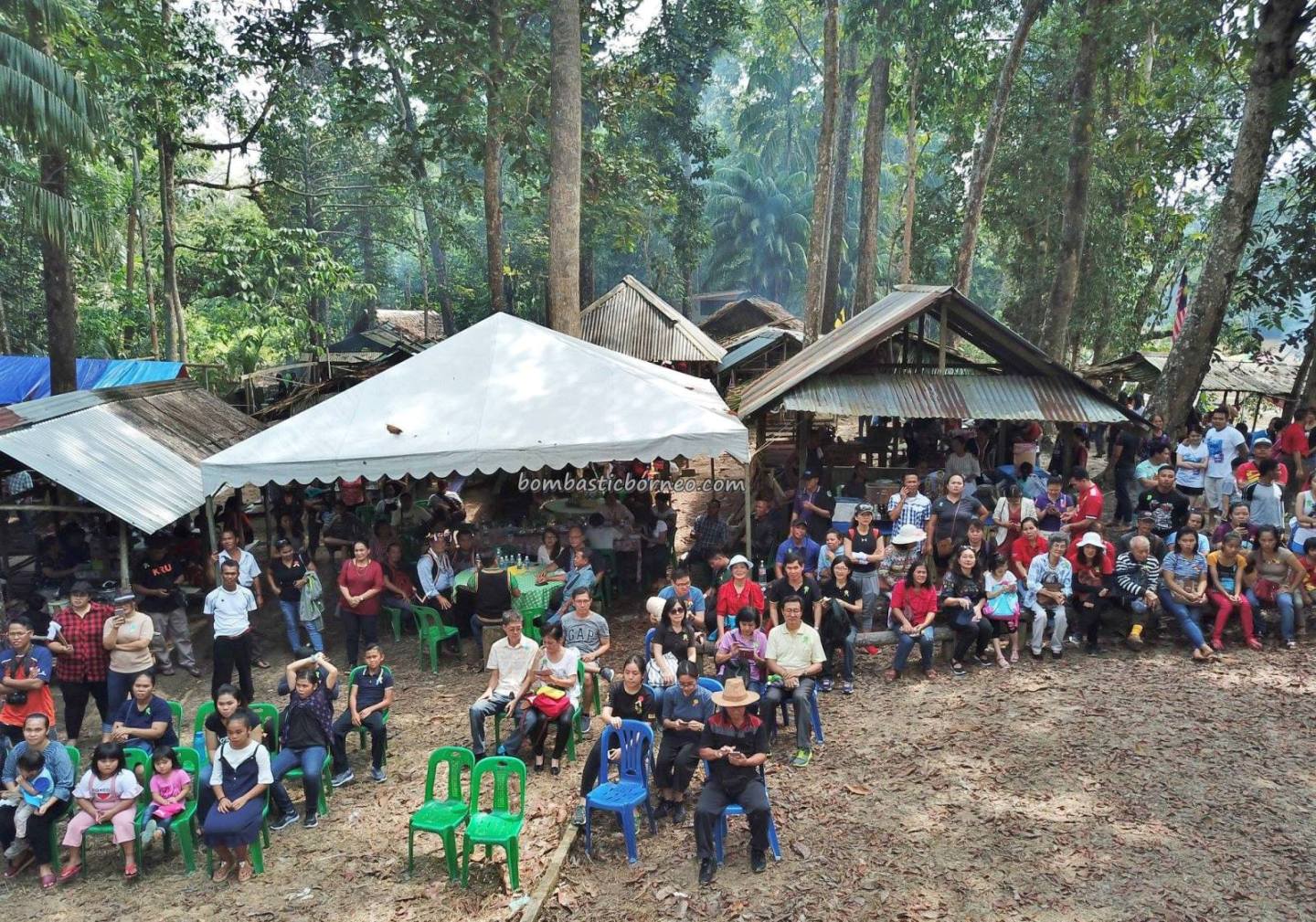 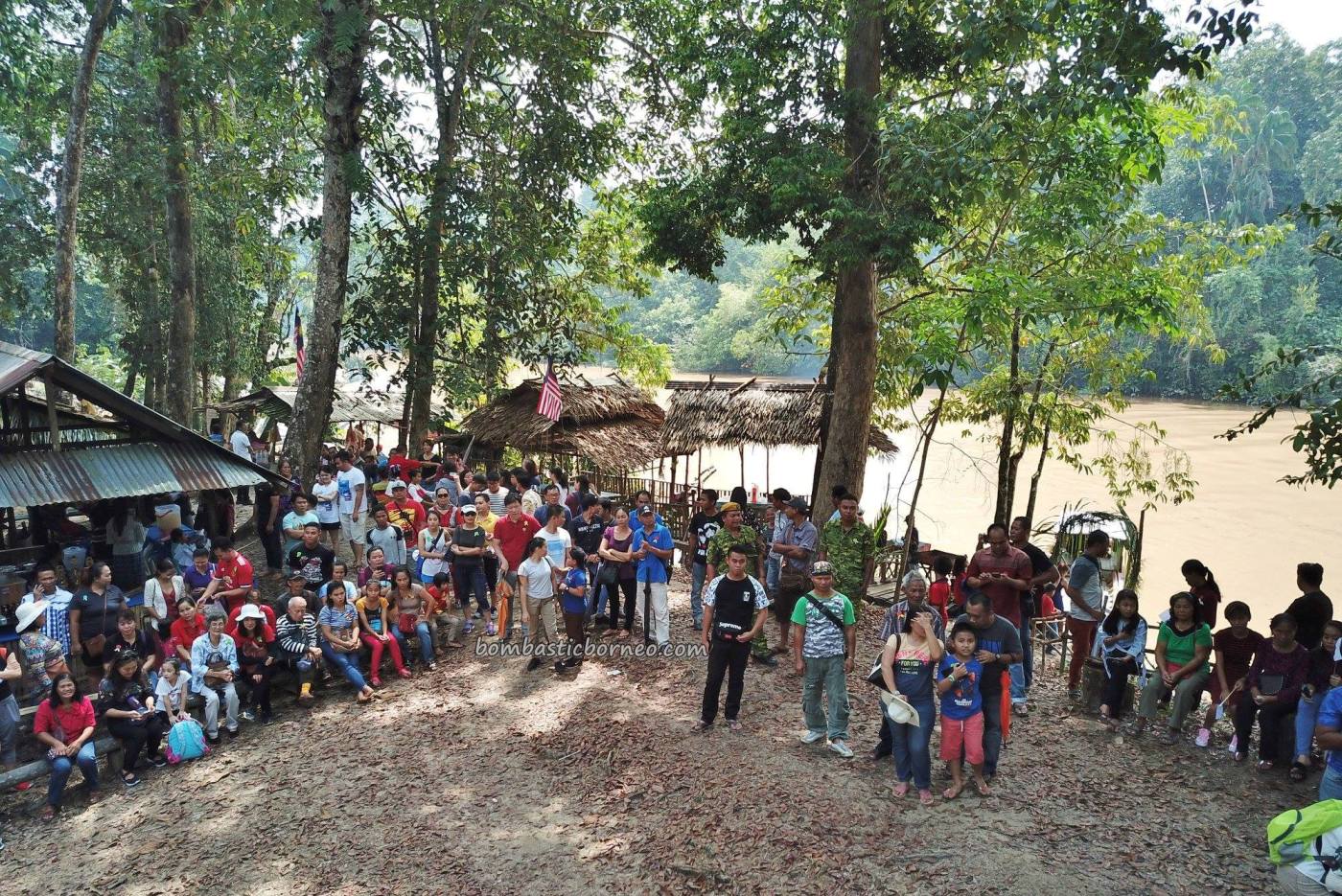 A traditional dance was performed for the occasion. 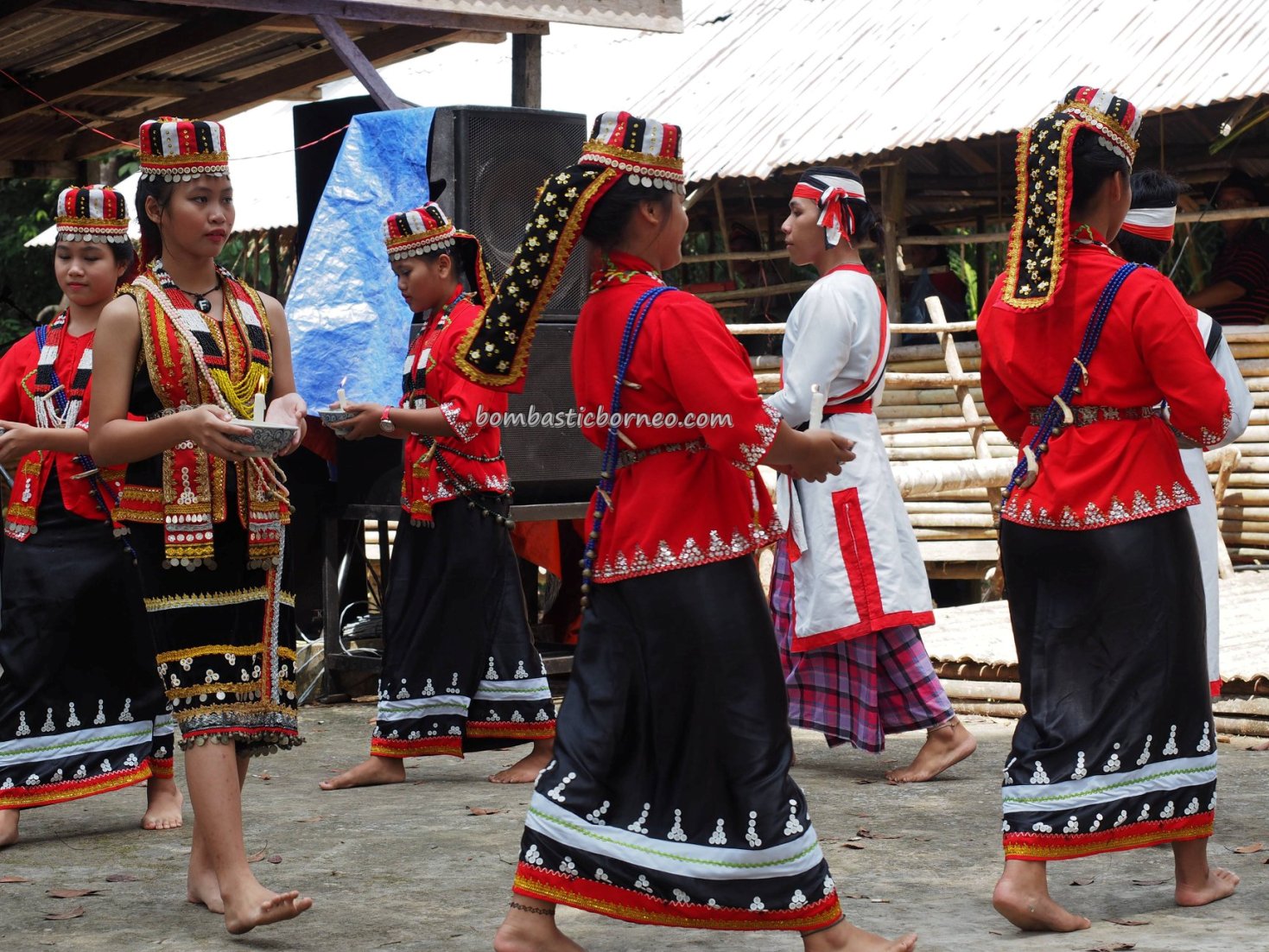 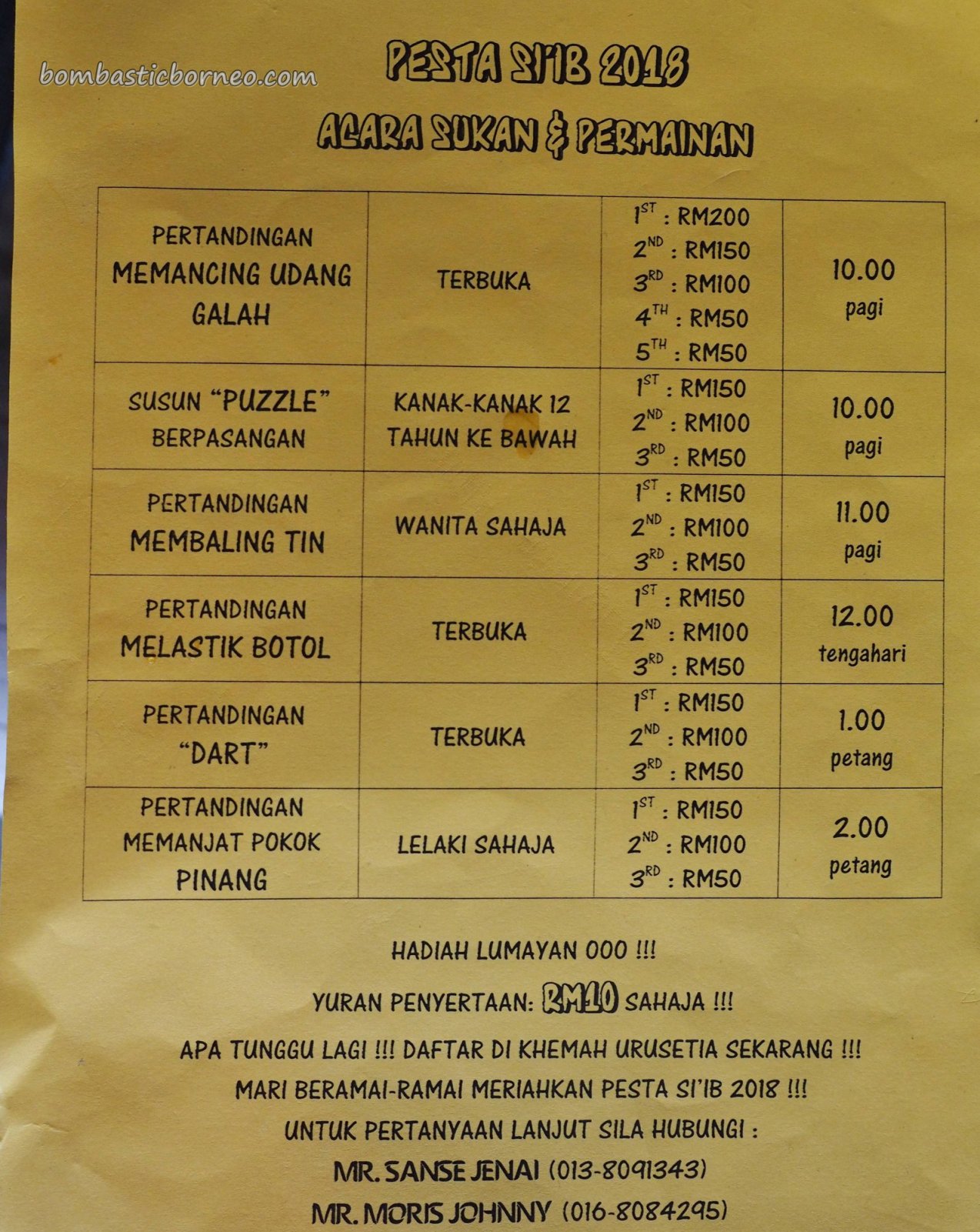 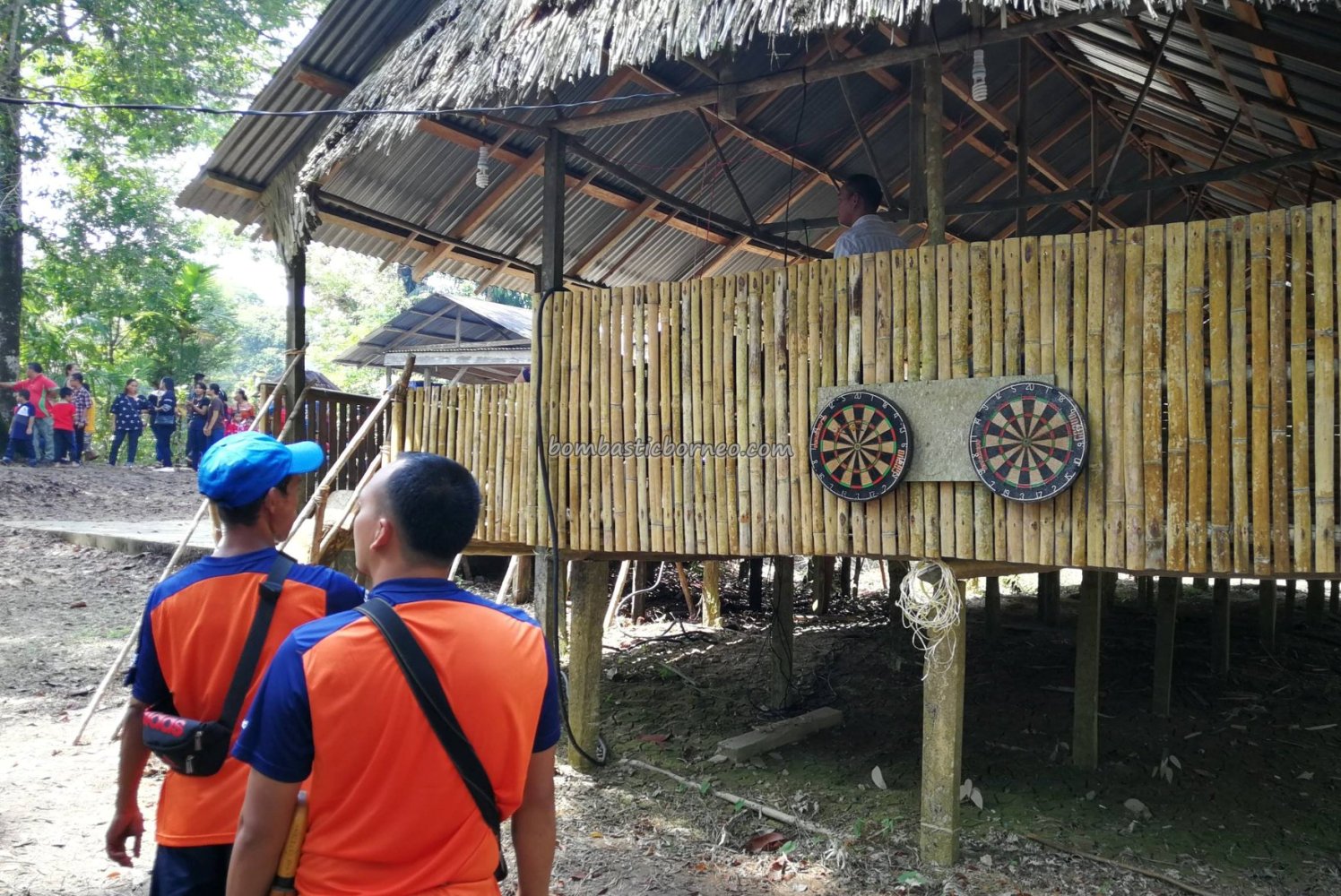 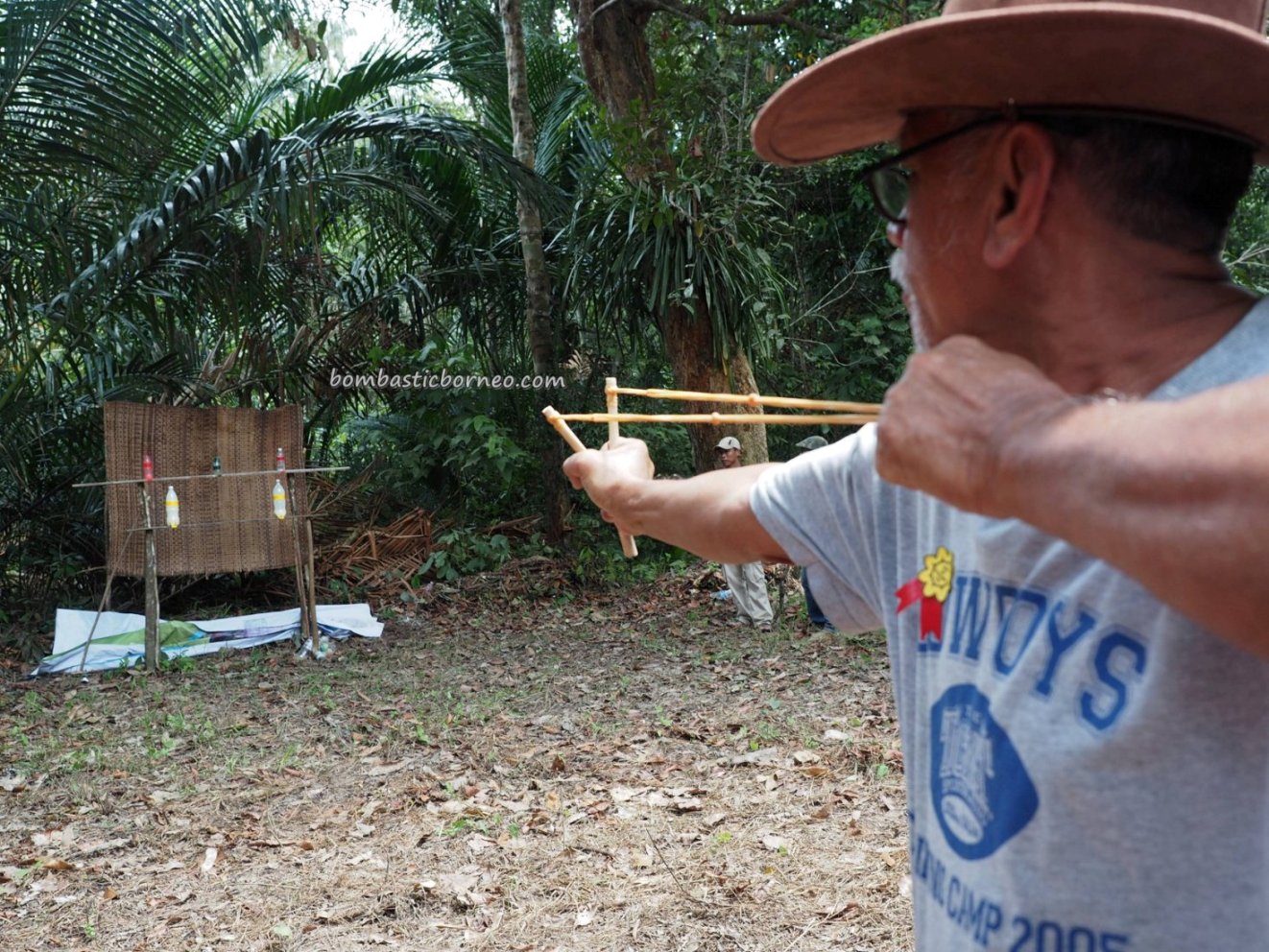 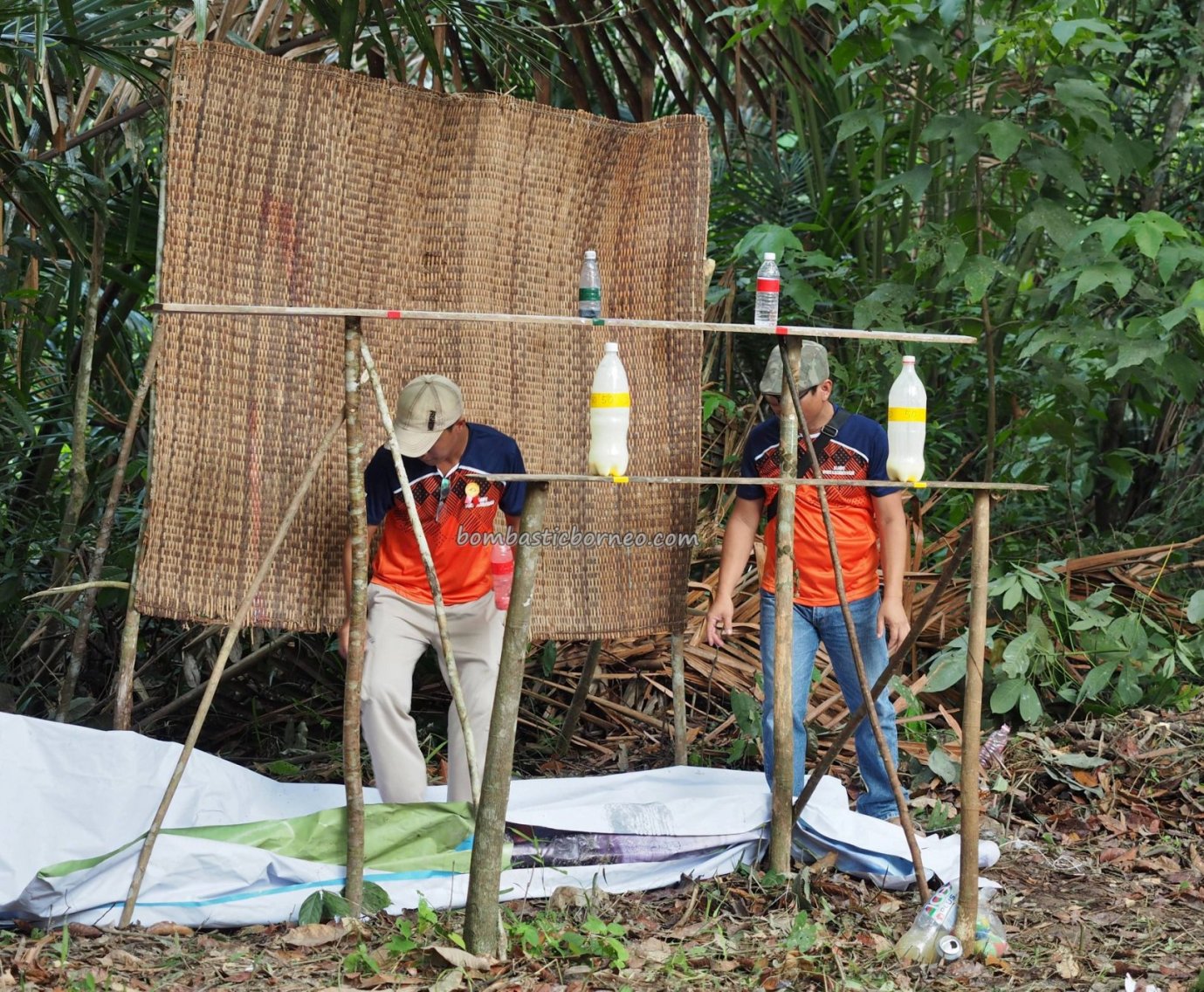 We noticed Selampit folks were very shy and would never be the first to greet or strike a conversation with unfamiliar visitors. This is one area the organizers should perhaps look into to improve on. Loosen up and socialize more please Selampit. Make your visitors feel welcomed. Hopefully, by our third visit to this village the long awaited bridge would be constructed.

We left earlier than anticipated and took the 5 minute boat ride from the event venue to rush across the river to another Gawai event in Kampung Sadir, Padawan. 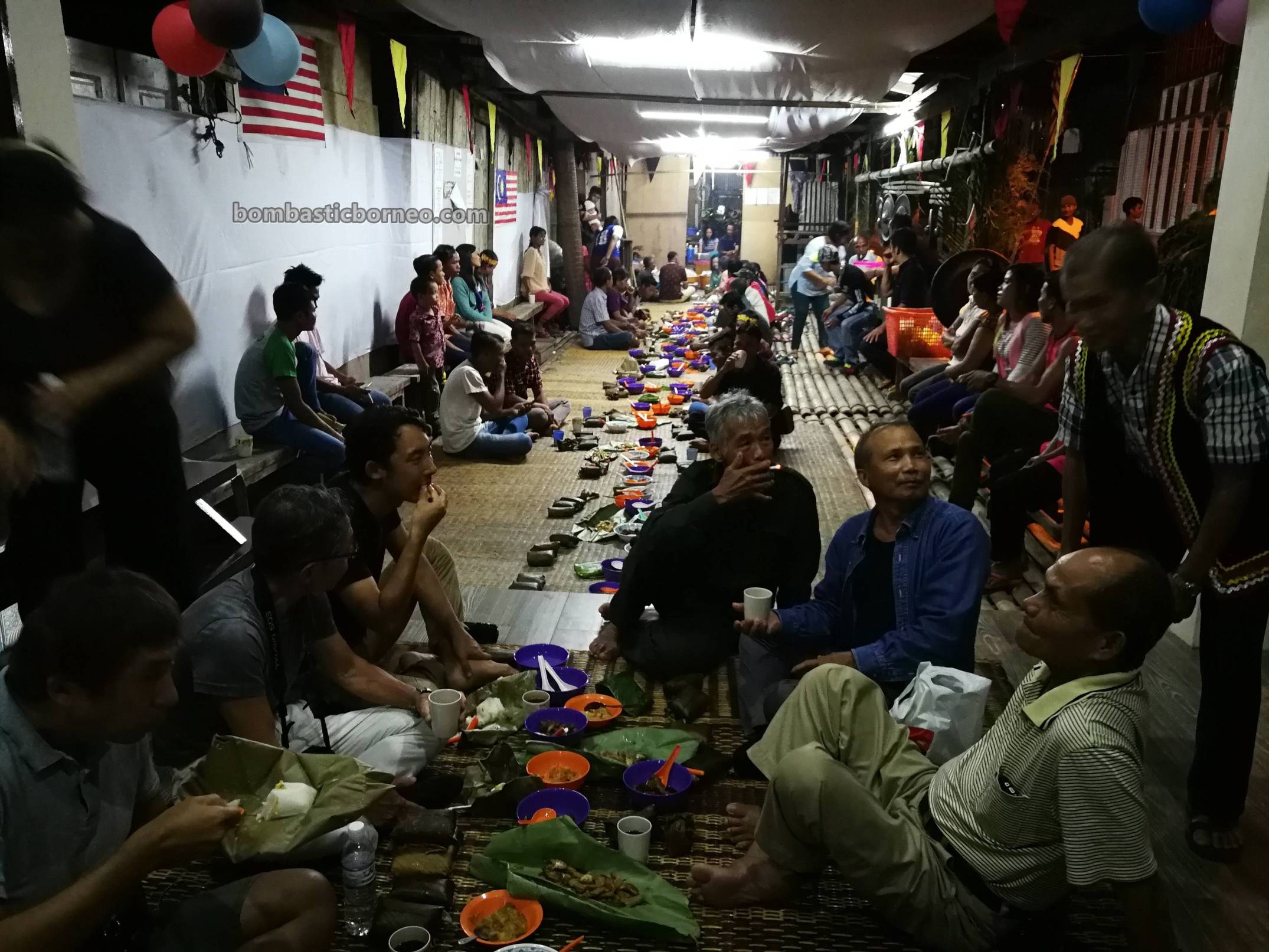 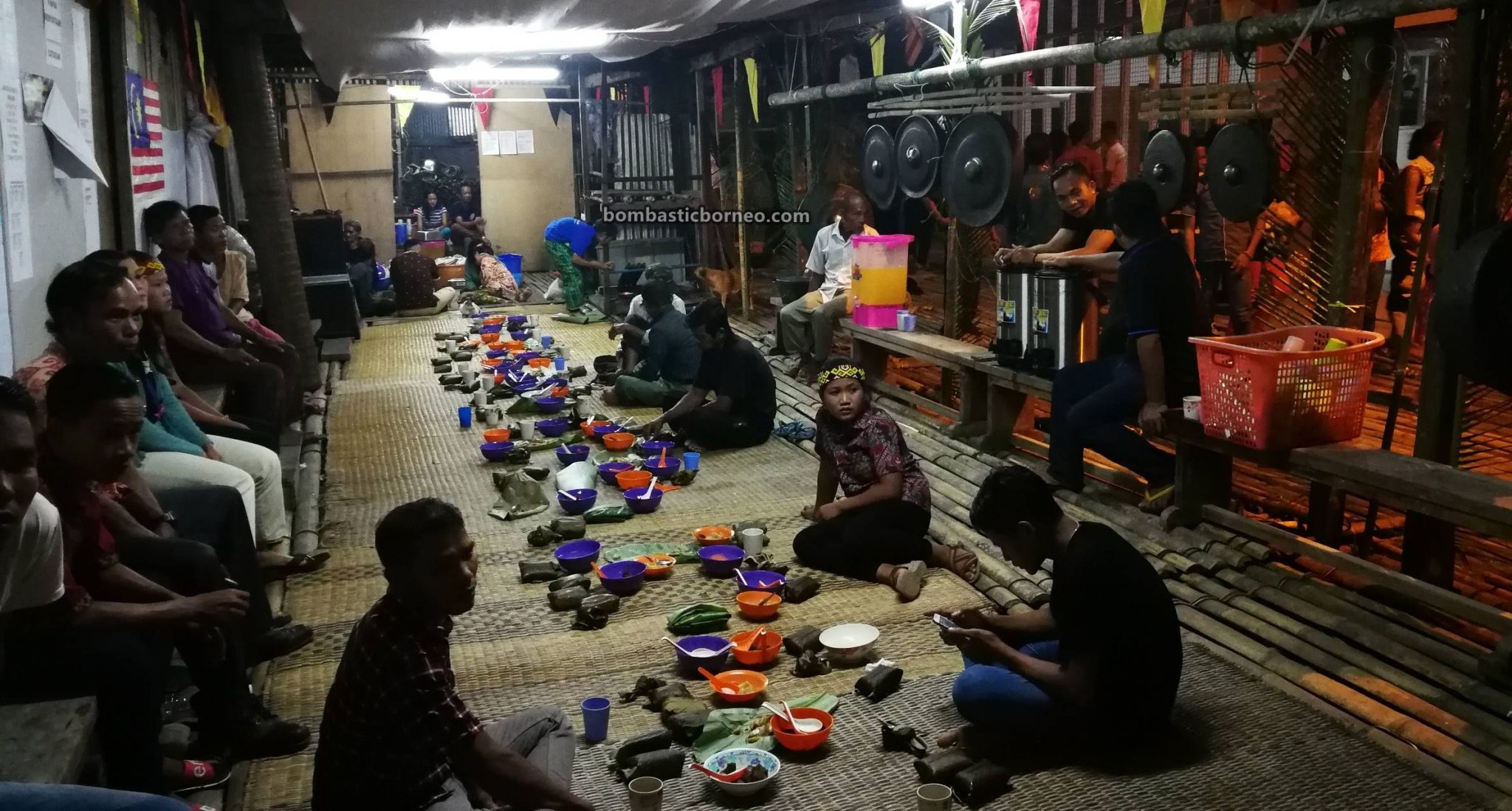 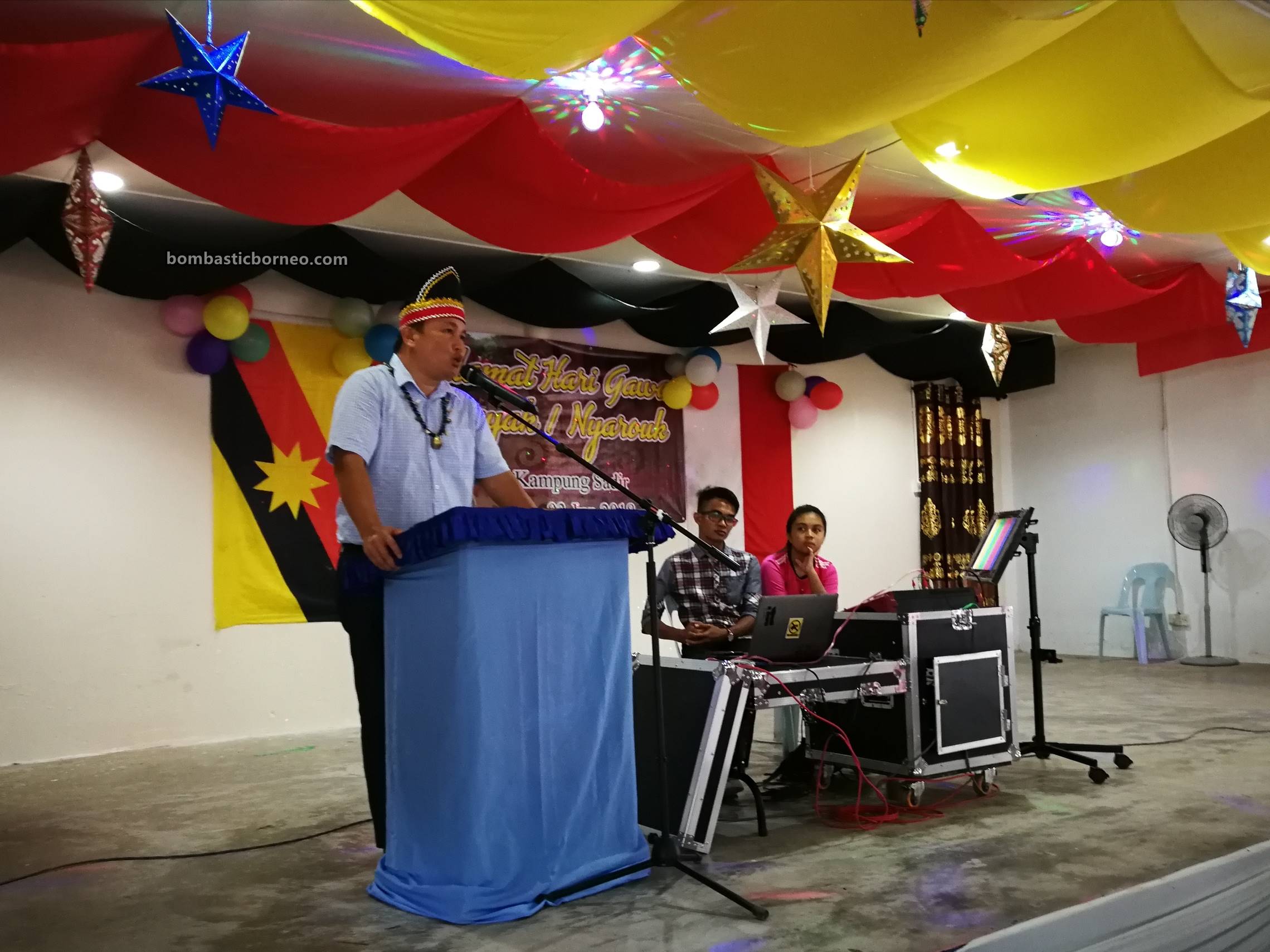