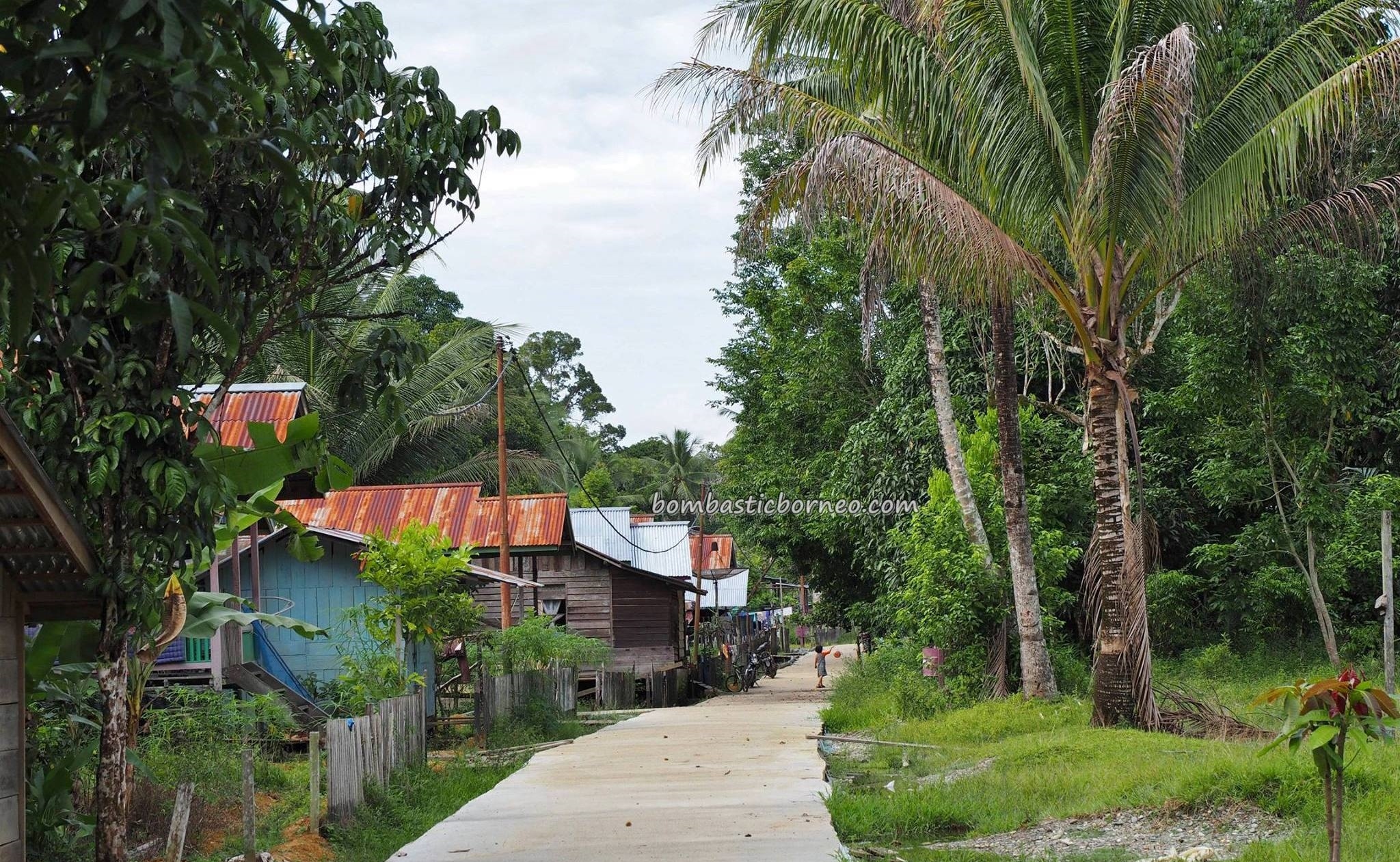 This is one segment in my entire travelling experience which has put me in a spot, to share or not to share. Will it do more harm than good? But then I came to terms with the fact that eventually the cat will find its way out of the bag and this dilemma would have been so unnecessary.

Madame Hamisah a friend of Lala was one of the ladies whom I had given a lift from Lubuk Antu to Putussibau. On the second day of our stay here, she invited us to visit some waterfalls but we had to drive and stop at her village called Lunsara before continuing by boat. As we registered ourselves at the headman’s house, he advised us to abandon the plan as the place was very far and we would not have enough time to make it back before night fell. We heeded his advice with much regret. 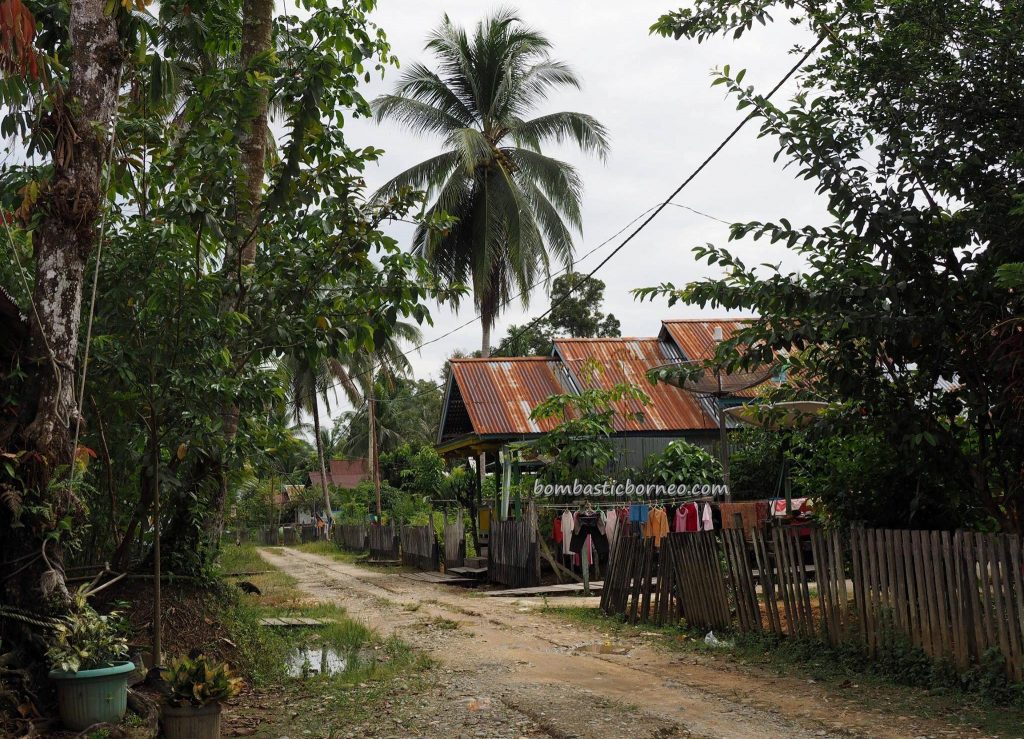 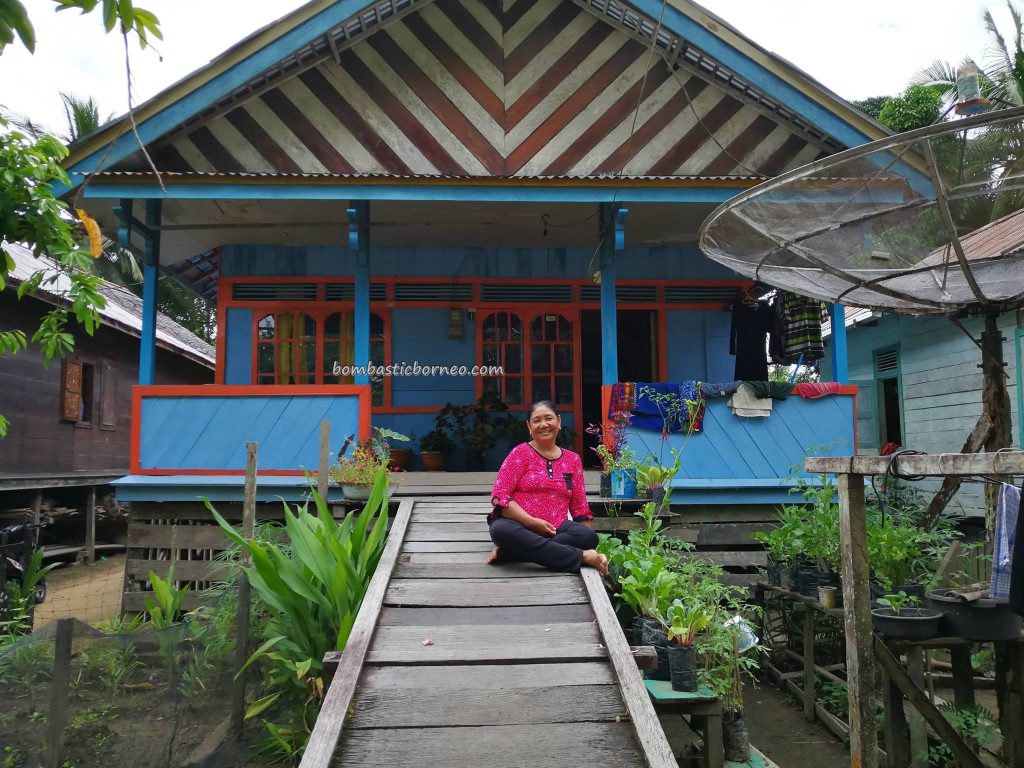 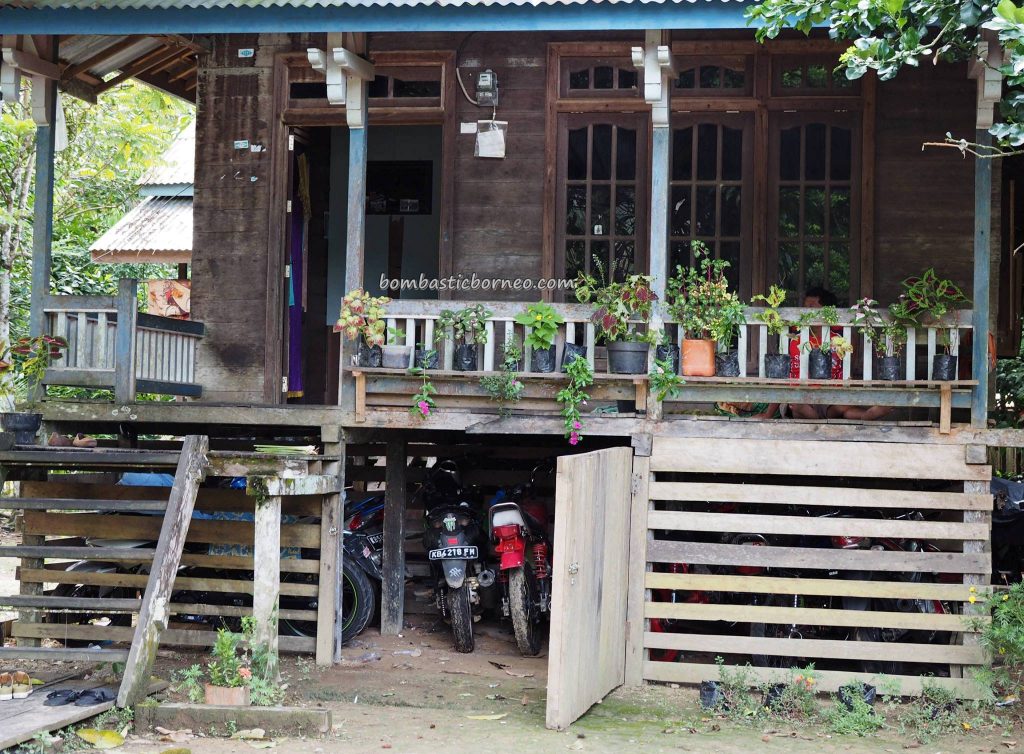 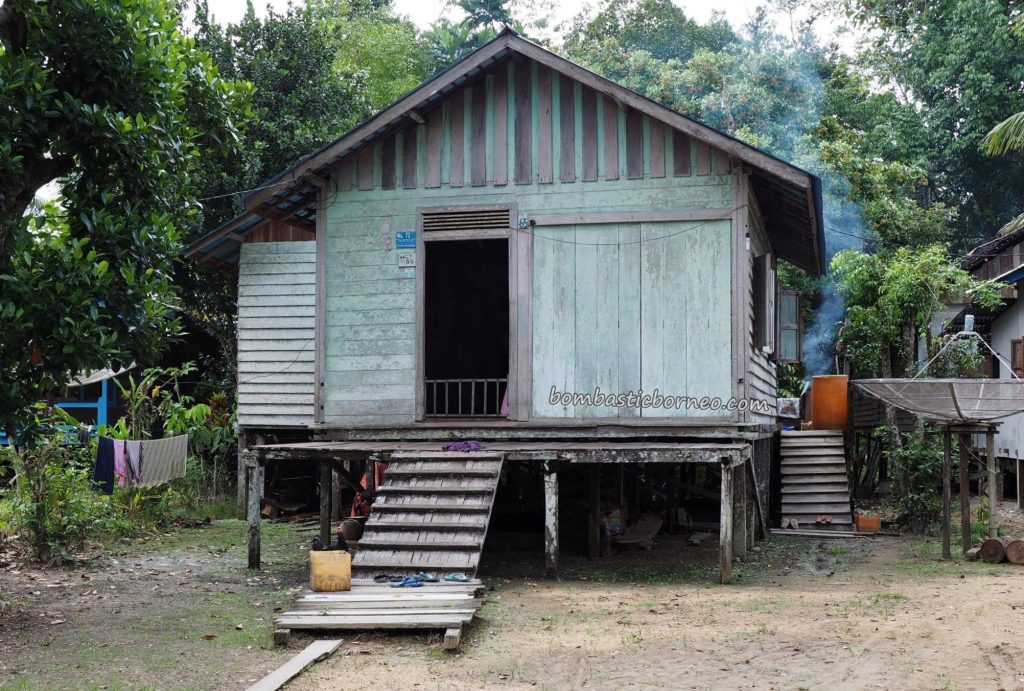 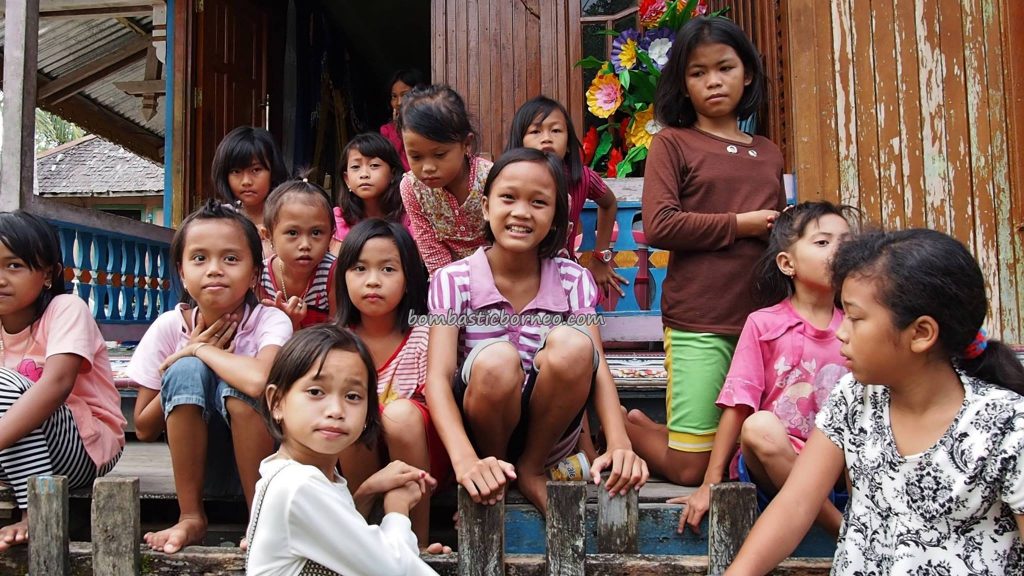 We took the opportunity to get to know Hamisah and her family better. We learned that she was a widow and had to take care of her family of four. Her 2 young sons help her out in some businesses which took us by surprise.

The first thing that we noticed upon entering her house was lots of tiny plants laid out on a plastic mat on the floor. As she sprayed water onto these tiny plants, she explained that they were called ‘buce’ and awaiting export to Singapore as ornamental aquatic plants. Those who keep tropical fish in aquariums would be familiar with it.

She would drive her 2 sons using the boat to very rocky regions or rapids of the Kapuas river to harvest the buce. These tiny plants’ roots stick onto the semi exposed rocks. They just needed to scrap it off the rock surface. Easy money. 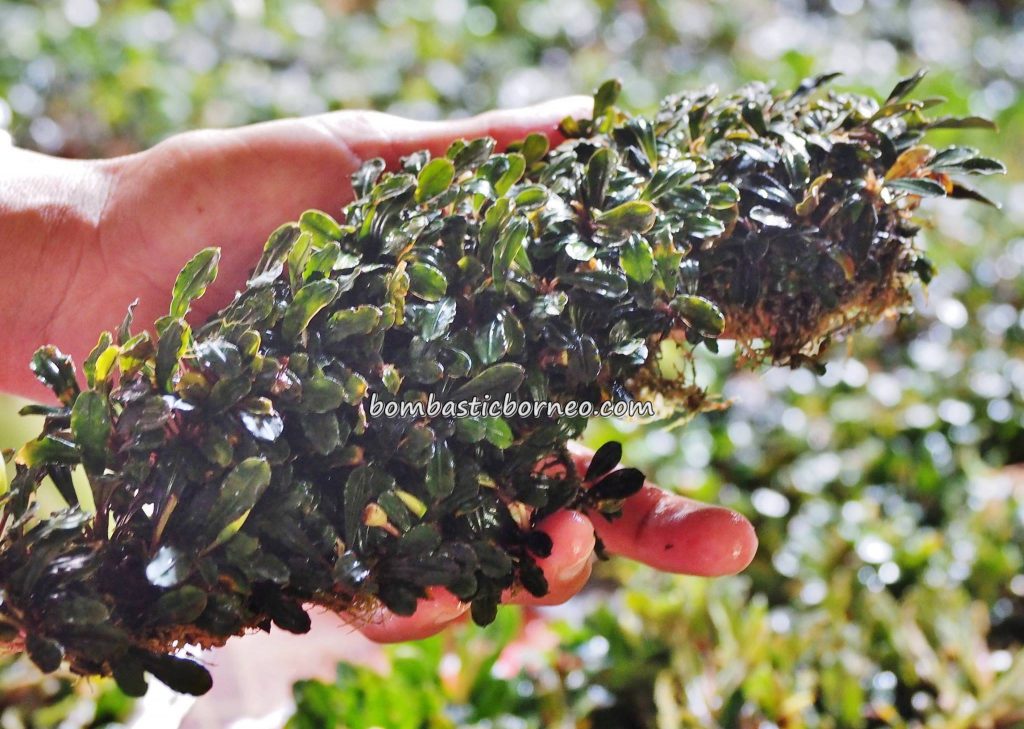 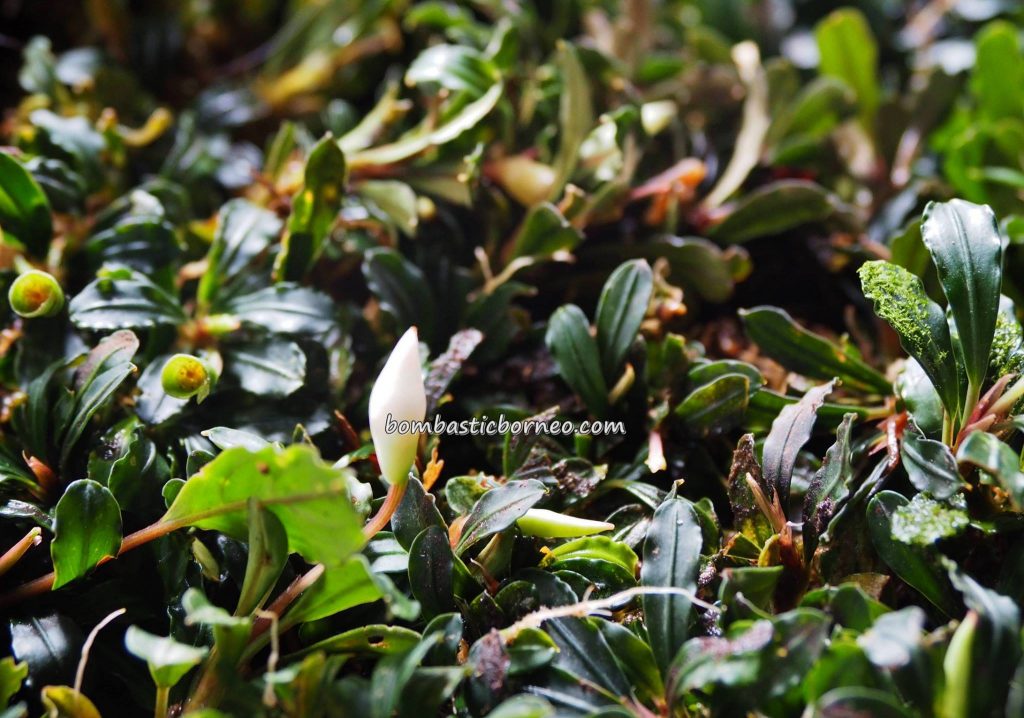 Besides plants they also gather river pebbles to polish them into colourful semiprecious stones, mostly agate, for the stone crazy market through out Indonesia. Hamisah explained the red garnets fetch the best price.

She surprised us further that she was also into gold mining but since it was rainy season when we visited she had to stop. What an industrious lady! Being a widow had made her all the more stronger to give her family a good life. 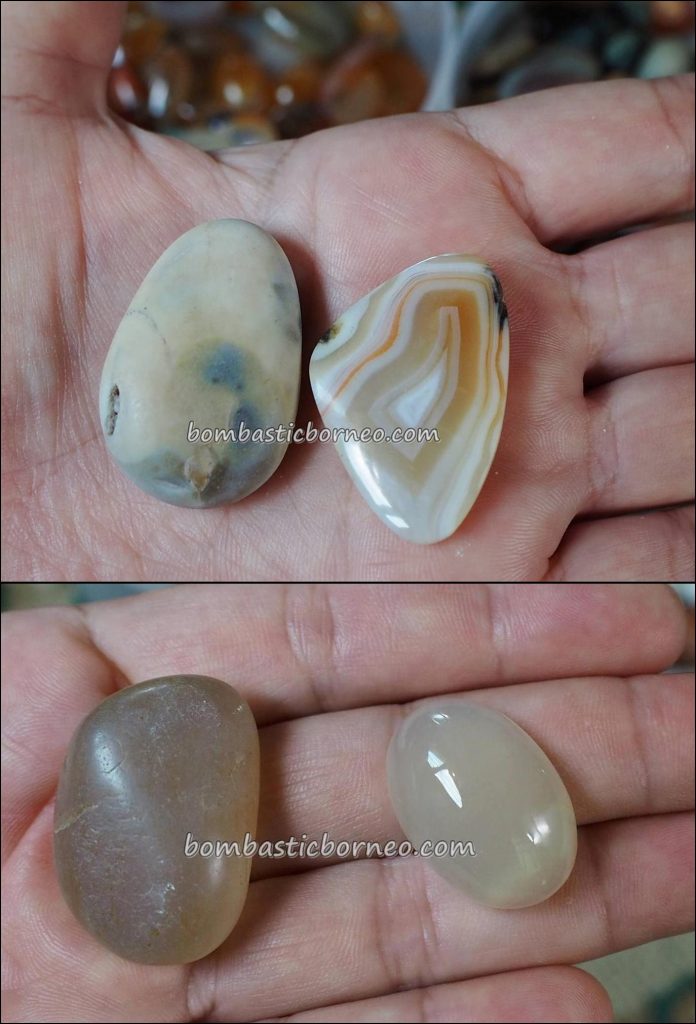 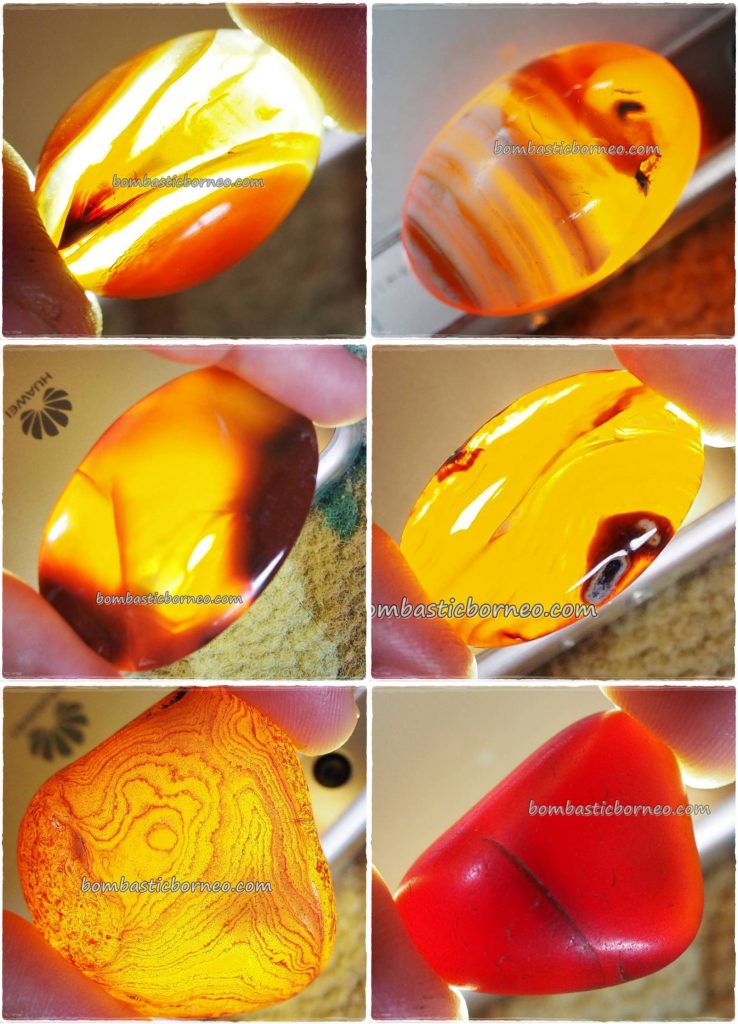 The biggest surprise was yet to come. I noticed that while driving into Putussibau I had noticed women drying big leaves in the sun and when I enquired she said it was the ‘puri’ leaves. The women would bring the dried leaves to a factory nearby to sell for export. It seemed quite a big thing going on here.

So while we chatting in her house and enjoying her local jambu fruits she suddenly remembered wanting to show us what the puri leaves look like as she had a few plants growing in her backyard. She had 2 big farms outside the village just planting this puri. Anyway, we walked to the back of the house and saw this plant which was not more than 2m tall. She plucked a leave to show me and as I turned the back side up, to my shock it was the ‘ketum’ leaves. 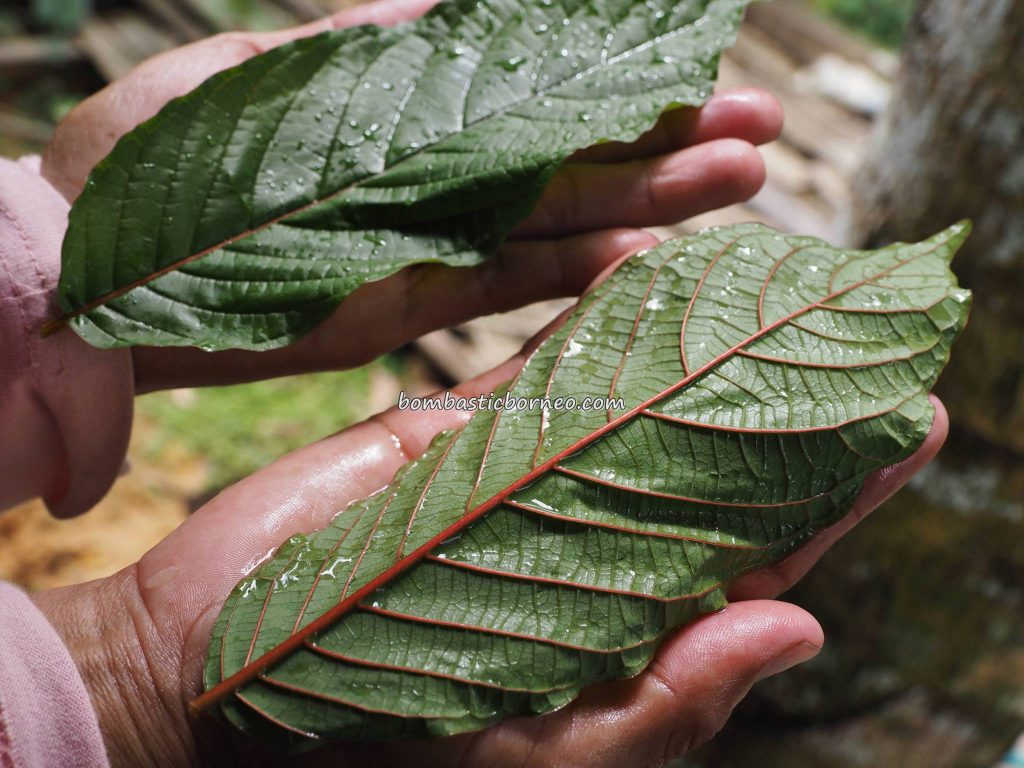 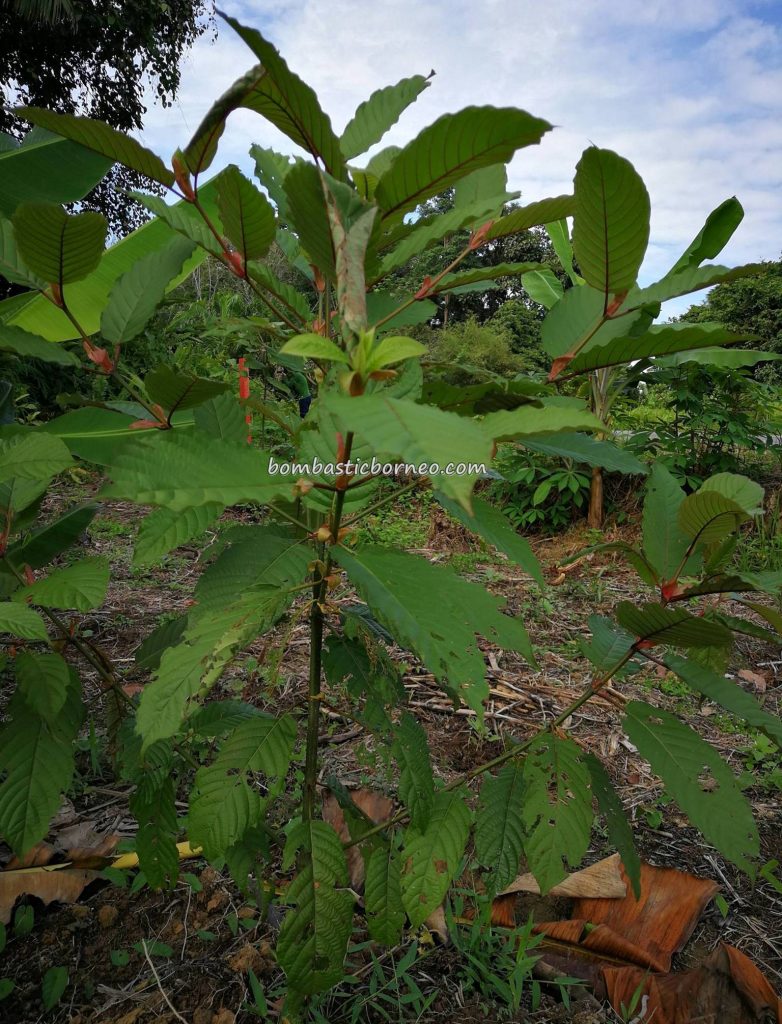 Now that is a totally banned stuff in Malaysia very much treated like marijuana. From that moment and the next four days I would have ketum tea brewed from both the fresh and dried forms. Curious as could be and a somewhat innocent expectation the elusive high never kicked in. Cup after cup the overextended enthusiasm turned into disappointment. The supposedly psychedelic claims were just a hallucination after all. At best puri or ketum or kratom (Mitragyna Speciosa) was just a plant with very high ‘chi’ or ‘prana’ as I felt a better mental focus and never needed any power naps the whole trip. I wondered why Malaysia had to ban such a harmless plant when it could be turned into another cash crop to help out the farming community. Malaysia’s loss but Indonesia’s gain. Hopefully, in future it will be like the marijuana case in the US where it is slowly being legalized and accepted for its medical benefits. Next ……longhouse visiting. 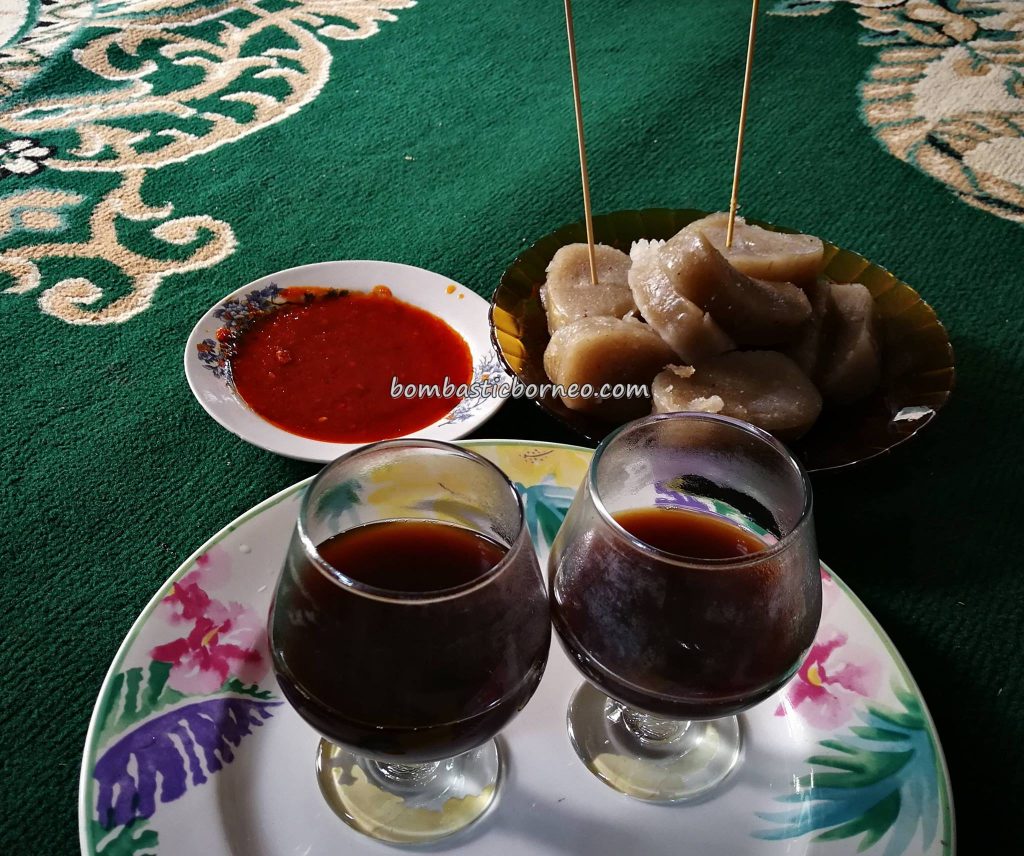 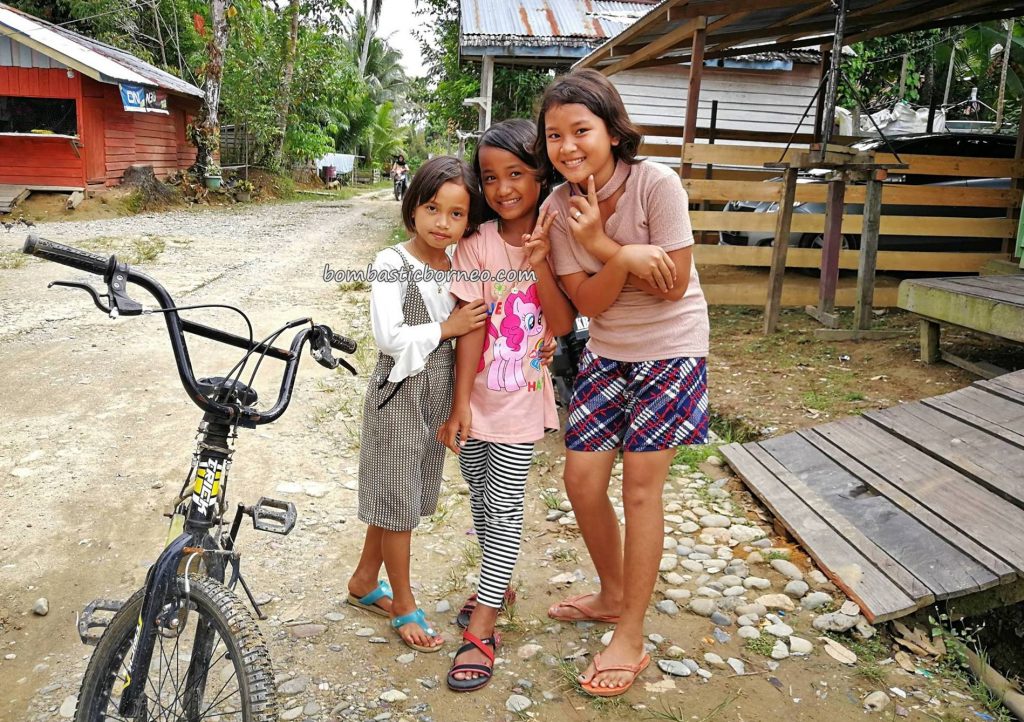 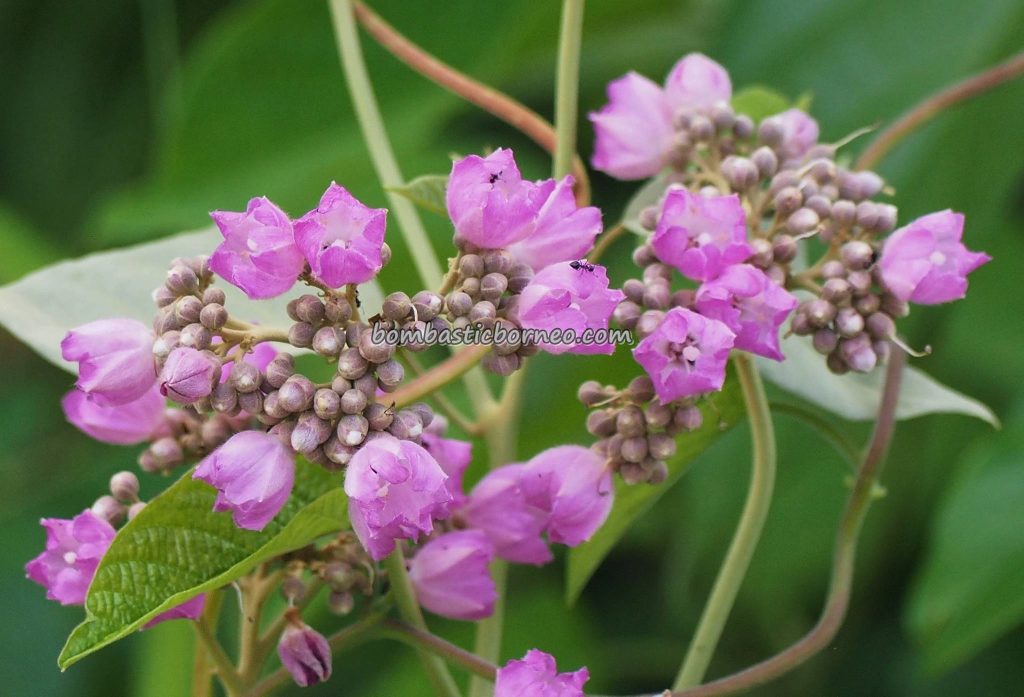 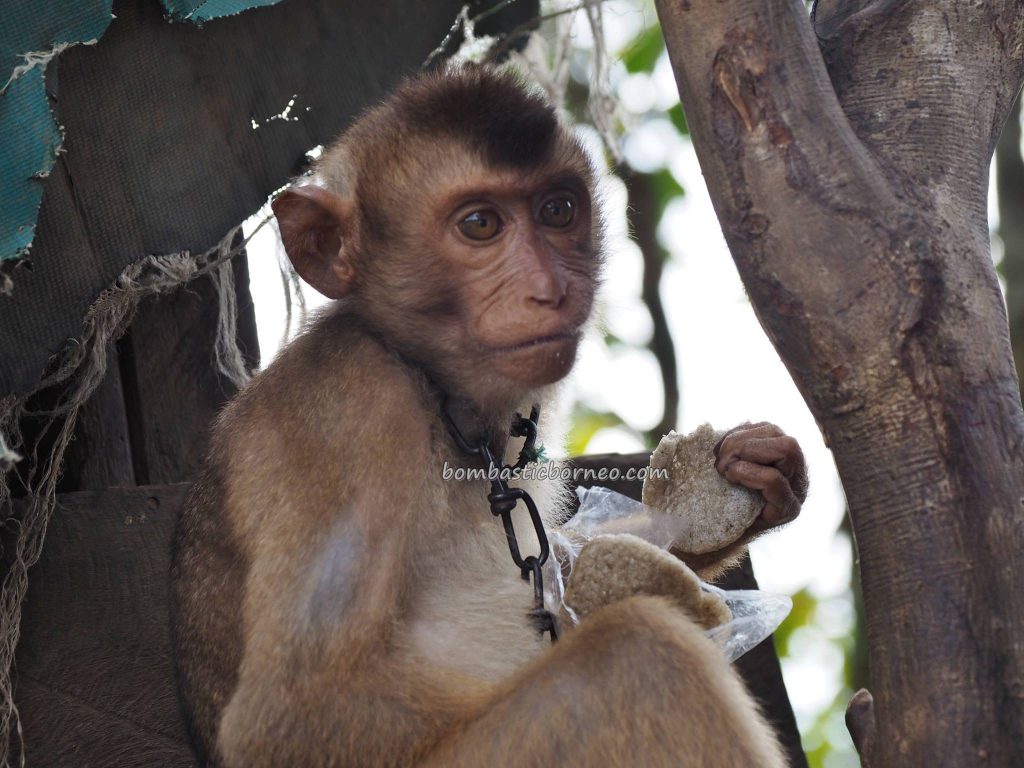