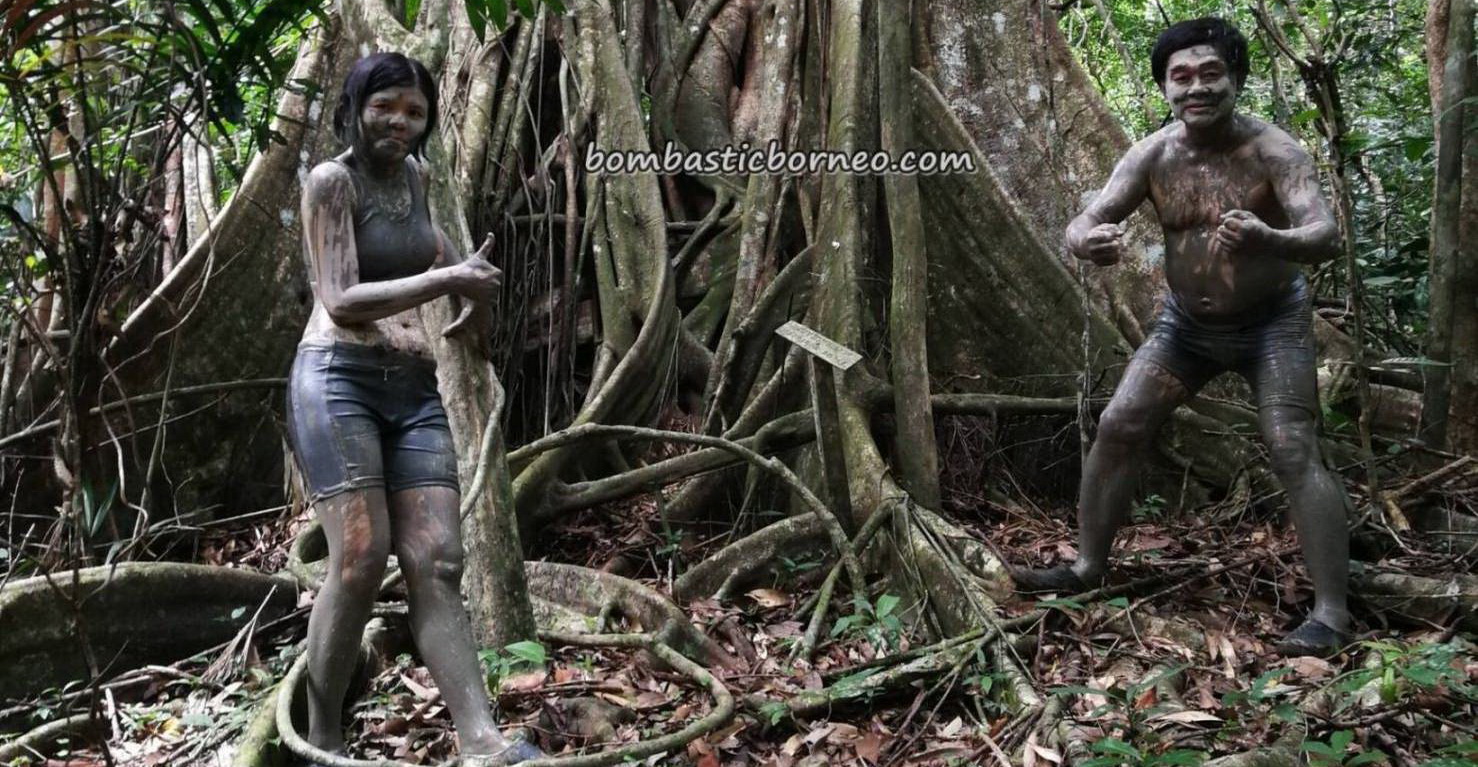 Our original plan, as we were driving from Lawas to Kuala Penyu, was to spend the night at Kuala Penyu and to check out Menumbok the next day before ending our trip at Kota Kinabalu. We stopped for coffee at Kuala Penyu’s waterfront foodcourt before going online to look for accommodation.

Most of the homestay contacts listed were outdated or under renovation. Since phone calls were not getting us any result we decided to drive 15min away to the western side of Kuala Penyu to try our luck. After driving back and forth and asking around, we finally found Farida’s Bayshore Dream resort located somewhere after the airfield. Nice place, nice lounge at our disposal to make our own coffee. Wished we could stay longer. 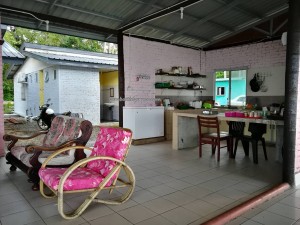 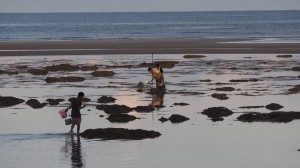 It was only late that night that we met Danin the owner of the resort. We chatted for a bit about Pulau Tiga and it was then that I decided to abandon our Menumbok plan but instead switch to Plan B – Pulau Tiga.

‘Pulau Tiga (Survivor Island) is one of the three islands that make up Tiga Island National Park. The other islands are :- Pulau Kalampunian Besar (Sands Spit Island) and Pulau Kalampunian Damit (Snake Island).’

We arrived early before 8am at the Shell petrol station in town as per the instruction of Danin. True enough by 8am sharp Gaga the boatman arrived and we waited for him to organize the petrol to be brought to the island.

We departed at about 8.30 and arrived at the island made famous by Mark Burnett 10 years ago in the TV ‘Survivor’ reality show. Hence, Pulau Tiga has been called Survivor Island since. 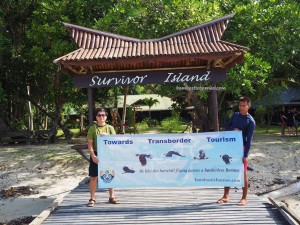 Upon arrival arrival at the Sipadan Dive Centre lodge, we were introduced to Mark Michael the manager. We had a little chat and he kindly got his assistant Nordin to be our guide for the 3.2km hike round the island. 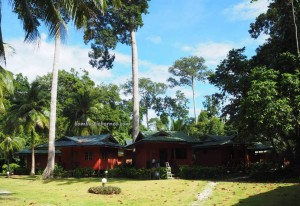 The hike took us about 3hrs. Initially, the sight of so many fallen trees due to occasional typhoon was quite disappointing. But in the end we thought that was the best trail that we had ever hiked in Borneo. There were giant fig trees, the usual meranti and chengal with huge buttresses, a good mix of rattan vines, licualas and clusters of nibong palms here and there which was a big surprise considering the tiny size of the island. Tiny Tiga has them all.

At some point, we exited the jungle and walked along Pagong Pagong beach for a while before Nordin harvested 4 coconuts, another pleasant surprise. As we reentered the jungle trail, I noticed a meromictic lake. Later, Nordin confirmed it was a seasonal one.

The highlight of our hike was to experience the mud volcano and it was perfectly timed. The sequence or the flow of the hike must have been well thought out. Before we got to dip our bodies into the sticky mud, Nordin brought us to have a look at a new mud volacano close by that had just started forming and bubbling. As we cautiously slid into the pool of grey slip, it felt very much cooler than expected and floating was effortless. Had a hard time trying to stand upright after the float though. If you ladies want to have a real scrub and nice complexion, do visit this spa in the jungle for an authentic beauty treatment, claimed Mark the manager! 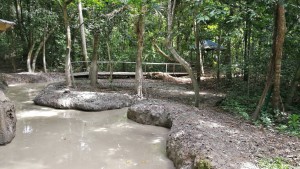 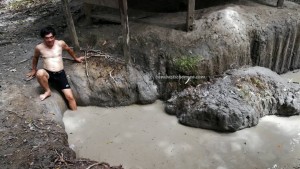 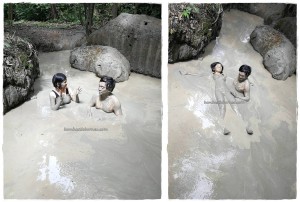 The remaining 30min walk back to the resort was challenging due to the uneven surfaces and protruding roots. Sabah Parks should construct a better path to prevent injuries to ankles. We safely arrived anyway and had to wash the clay off at the beach before rinsing again with clean water at the showers.

Finally, it was time to get back to the mainland after a fruitful day of such a good mix of everything. Monitor lizards, macaques and the only thing that eluded us was the hornbill. Will surely be back for more. Highly recommended for those who have not yet tried. We would like to thank Nordin for being such a helpful guide, Gaga the boatman and staff of Sipadan Dive Centre especially Mark for their awesome hospitality.