Named after the nearby Malay village of Maludam, this national park is probably the least known in Sarawak. Out of curiosity, we made an effort to visit it when we were on our back to Kuching from our Bakun trip. We entered via Pusa and made our way to the ferry which would bring us across to Beladin another Malay village 15min drive away to Maludam.

Our first choice homestay of Ms Eka was full and she referred us to her friend Haji Eddie a school teacher. We put up two nights with Haji Eddie whose wife cooked awesome food.

After dinner was over Hj Eddie arranged for a boatman to meet us to negotiate a tour package. The boatman had some experience handling foreign tourists while working for a tour operator a few years ago. When I asked him why the tour operator stopped coming, he could not give any reason. Anyway, we agreed on the price and the itinerary.

So at 8am the next morning we walked a short distance to the jetty to meet our boatman. The current was strong as we headed upstream along the tannin coloured river. Water level was very much higher than what I had seen in some online photos. At some points razor sharp wild pandan leaves were overgrown right across the narrow river. My advices is use a big hat and long sleeve shirt if you do not want to have your face and arms cut by these thorny plants. Sarawak Forestry Corporation (SFC) should be responsible for the safety of tourists by regularly trimming these overgrown wild plants since they collected RM10 per head. 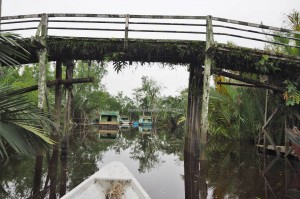 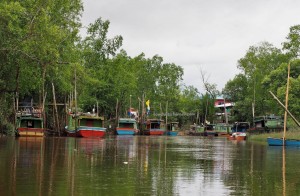 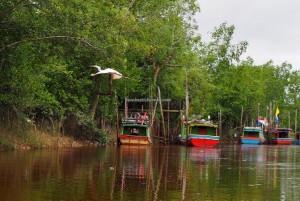 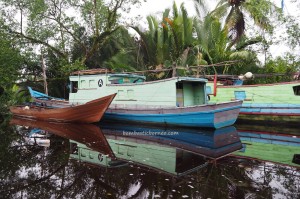 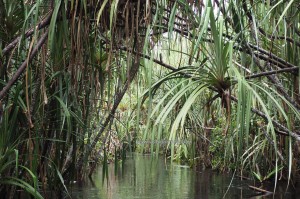 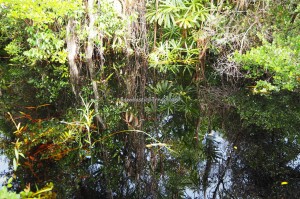 10min into the boat ride we started seeing proboscis monkeys. A lot more than we had expected and probably the most exciting place in the whole of Borneo to watch these long nose primates. 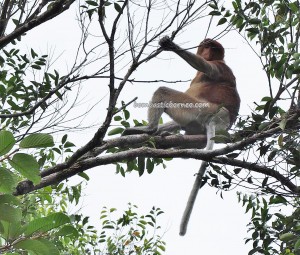 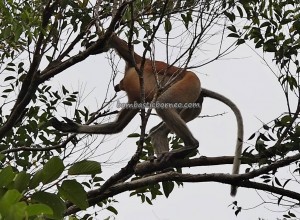 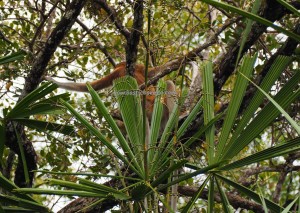 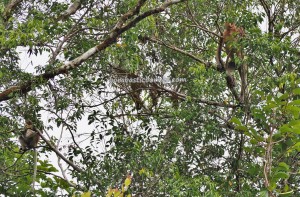 The only disappointing part was the poor condition of the boat engine. Not only was it noisy but each time it slowed for us to take photo, it stalled. Much time was wasted restarting it and this went on the whole trip. I was thinking at that point in time that kayaking here would be more fun if we could stealthily paddle up to the unwary proboscis who would be feasting on the white fruits of the mangrove on the edge of the river. But on second thought, the image of a lurking crocodile somewhere below the darkish water gave me the chills.

After we were done with the wetland where we saw about 50 proboscis, 2 macaques, 1 Pied hornbill, 1 green viper and 1 eagle, we headed towards the river mouth for the crocodiles. 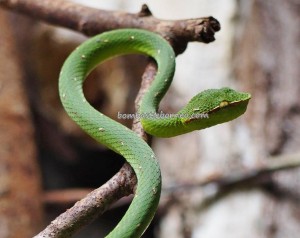 Along the way, we could see several Iban longhouses. 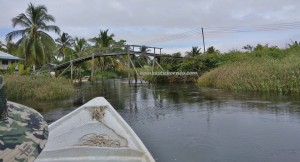 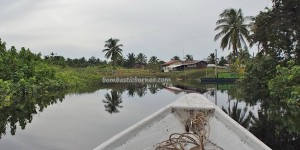 Would be interesting for foreign tourists if longhouse visits could be made a part of the tour package. We managed to spot 6 young crocodiles along the riverbanks. 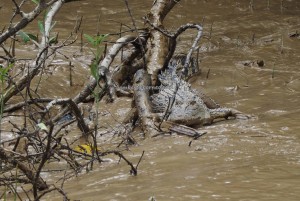 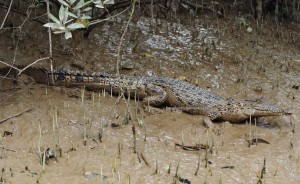 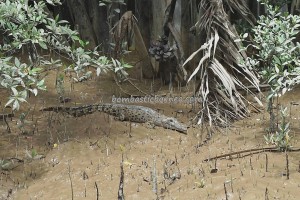 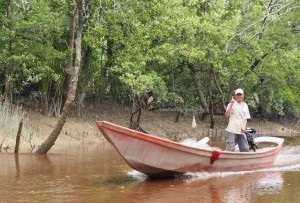 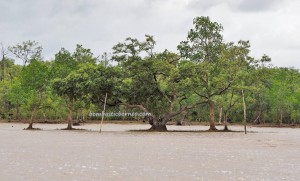 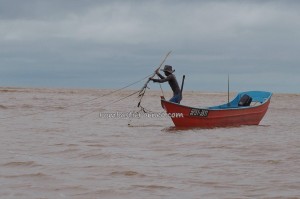 The adults could only be seen at night according to the villagers. So where did they go during the day? In the wetland feasting on the blue legged prawns?! If you come to Maludam just for the elusive red banded langur monkey, then you are going to be disappointed. I was going around asking many villagers about it which they all know about but never seen it. Pretty much like the Big Foot in the Himalayas story. Next ……jelly fish processing in Maludam.