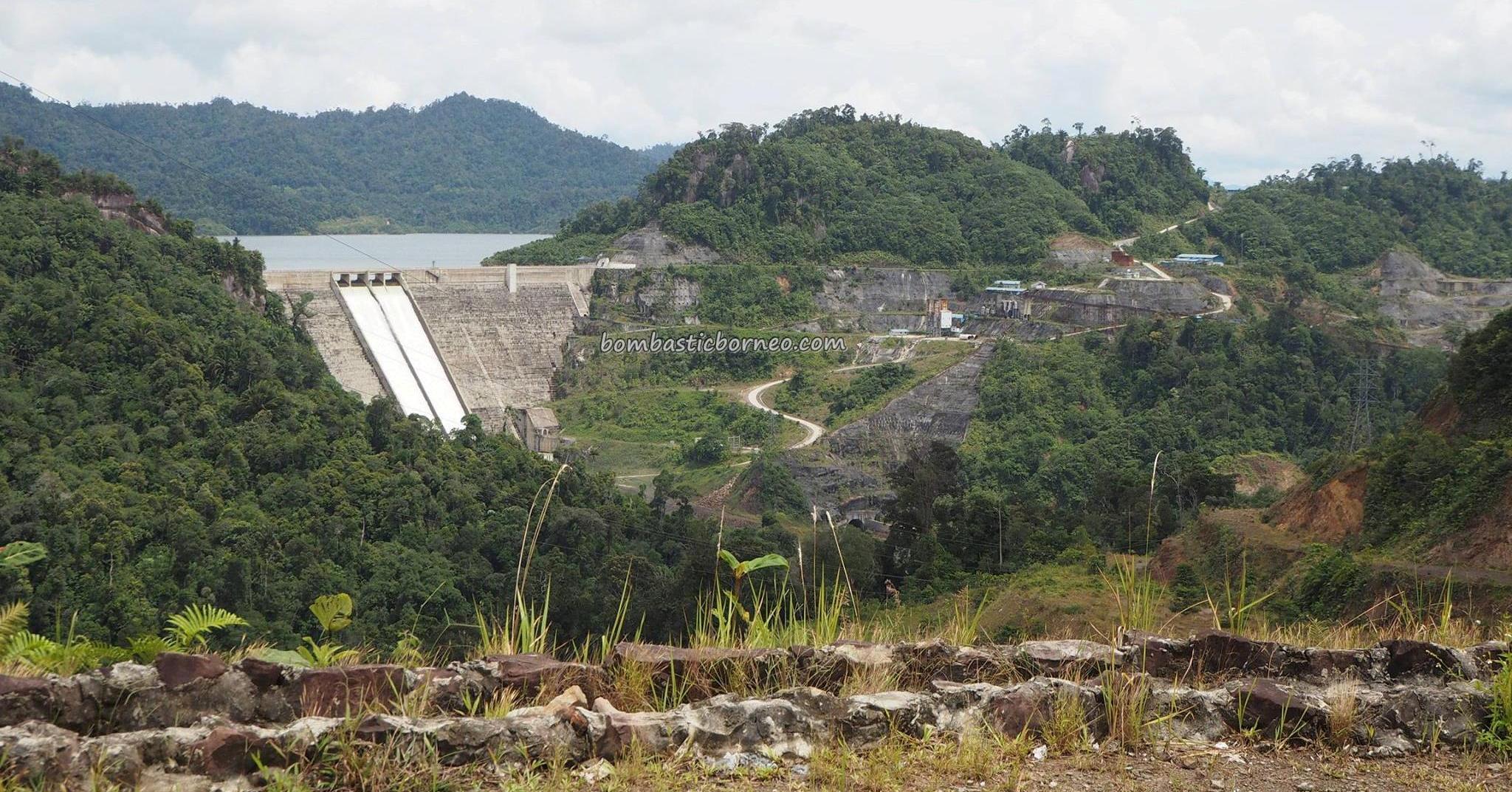 We started out from our base Apau Koyan at 9.45am and arrived at the junction to Murum in 30min. At the junction there was a market but closed for CNY like the other shops here except for a Muslim café selling roti prata among other freshly cooked food. Pleasant surprise. Tempted by the roti and the teh tarik, we stayed for a second round of breakfast. 4 car load of people arrived as we were about to leave at 11am. Must be pretty busy during normal days for a place in the middle of nowhere surrounded by mountains and trees. 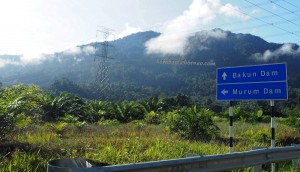 The road here was nasty. Very hilly and full of bumps, potholes and loose gravel. Obviously, damaged by the heavily laden logging trucks going by the number of log ponds along the way. The fact that this road was pretty new made me really pissed. More pissed than ever with this bloody logging industry. A leeching industry that dragged on for far too long benefitting only the filthy rich. Overhead barricades built across the road to make them decrease the size of their load were torn down in the middle of the night without the slightest respect for the law and other road users. There were 5 torn down barricades along the way except for the one right in front of the police post. I wondered what those ball-less policemen were doing up there. Predictably, destruction of the logging truck on this road will only get worse over time. 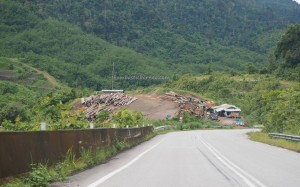 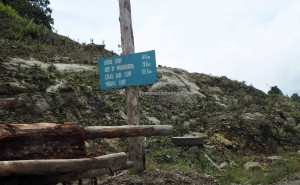 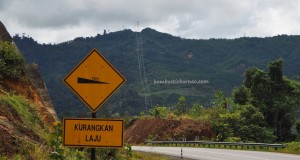 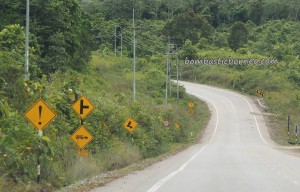 With poor road condition, the drive to Murum took another 2 hours and searching for the China Three Gorges Corporation’s office where we were supposed to put up for the night was indeed frustrating. There was no signboard to indicate. The cell line there was so poor we could hardly talk to our Chinese contact. We eventually found it and Mr Wu, one of the 3 remaining Chinese, was on hand to receive us and quickly showed us our room with bathroom attached, 2 units of aircondition which we hardly used because it was cold up there, fridge, hot/cold water dispenser, washing machine and a lounge with TV….OMG 5 Star! We wasted no time heading to the staff dining hall for the waiting lunch which was prepared by 2 Bangladeshi chefs. By then it was 1.30pm.

At around 2pm, we started touring the dam led by Mr Wu. Murum is a lot smaller compared to Bakun. There was absolutely nothing to see other than the dam, no commerce and no houses except for a couple of shacks at the log pond of the logging company. Just pure silence as there were no passing vehicles. Except for fishing there was nothing exciting to do here. 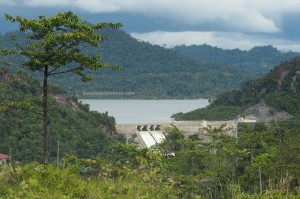 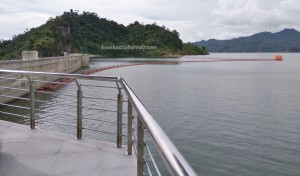 The weather was a lot cooler here and rained a lot in the night. Nice landscape though but definitely not enough to attract tourism for now. Later in the day, we recced on our own for the route to Tegulang the resettlement site for the villages displaced by Murum dam. Many thanks to our friend Andrew for organising our stay here. The hospitality of the China staff was beyond expectation. Next …..Tegulang with the Penans.