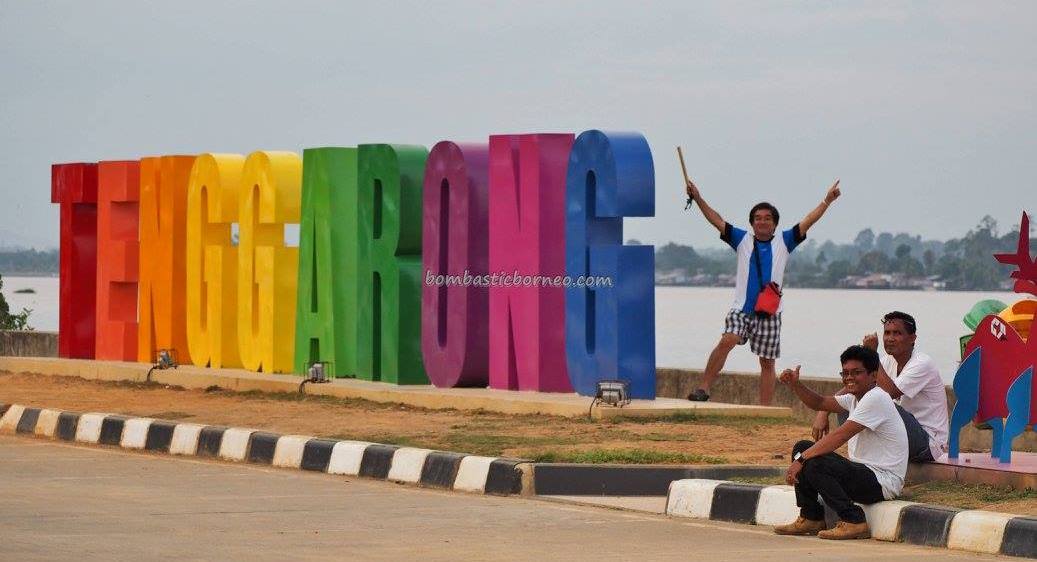 This beautiful city about 40km away from Samarinda is the capital of Kalimantan Timur despite the fact that it is smaller in terms of size and population compared to the busier cities of Samarinda and Balikpapan. This is where most of the government buildings are situated. One has to pass by Tenggarong in order to go to touristy Pampang, Sendawar Cultural village or deep into the interior of Melak which we did in 2011. Transformation of Tenggarong has been phenomenal since the last time we were here. It is by far the cleanest city we have seen in Kalimantan if not Borneo. The promenade was beyond recognition with so much fun activities for the family especially the kids. 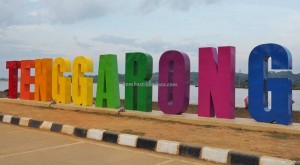 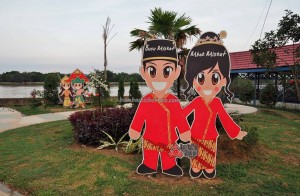 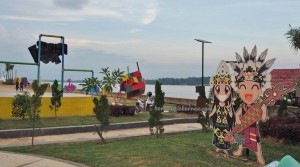 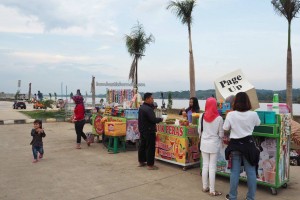 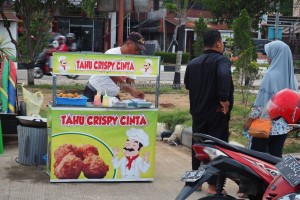 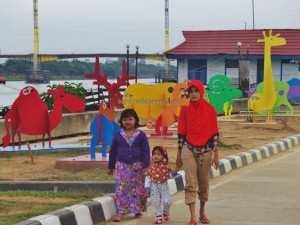 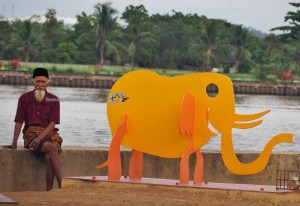 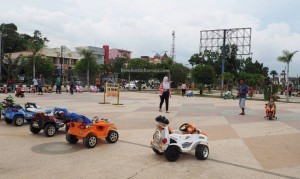 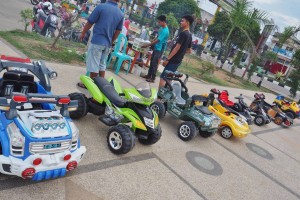 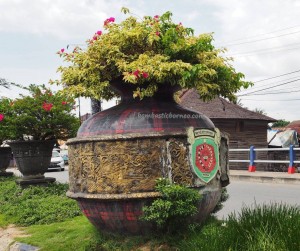 The pedestrian bridge spanning across the Mahakam River to the legendary Kumala island, which was near completion, is now in operation. Adding yet another milestone to culture rich Tenggarong and its tourism attractions.

When heading towards Tenggarong from Samarinda we were quite excited about crossing the new bridge for the first time. We could not help talking about how lucky we were in 2011 when crossing the old bridge several times. On 26th November 2011 the old bridge snapped and crashed into the Mahakam River, just a week after our visit, killing several dozen people. A tragedy that put Tenggarong into the world map. Replacing it now is the mighty looking yellow bridge, another Indonesian homegrown architectural conquest. Such a beauty. 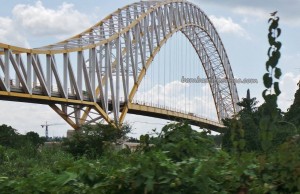 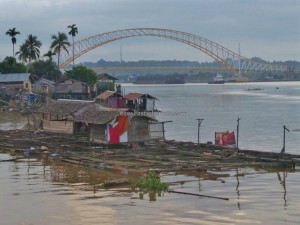 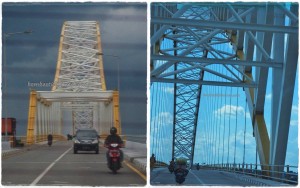 Here ends our story for our Kalsel to Kaltim tour with our departure from the new Balikpapan airport although looking marvelous, we still prefer the old airport next door with its Dayak characteristics. So it’s Balikpapan to Kuala Lumpur and Kuching. How I wished that some other airlines like Kalstar or Wing Air would reestablish the air connectivity between Kuching and Balikpapan. MAS airline tried twice through the years but twice they abandoned eventually. Maybe….there’s something called third time lucky but not with MAS of course but some other Indonesian airlines using ATR planes, perhaps. Kaltim has blossomed tremendously since and the time is now ripe to open its door wide to tourism. 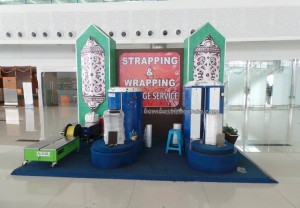 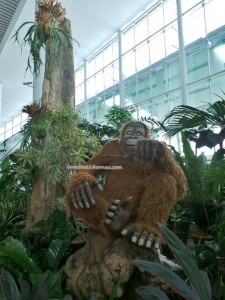