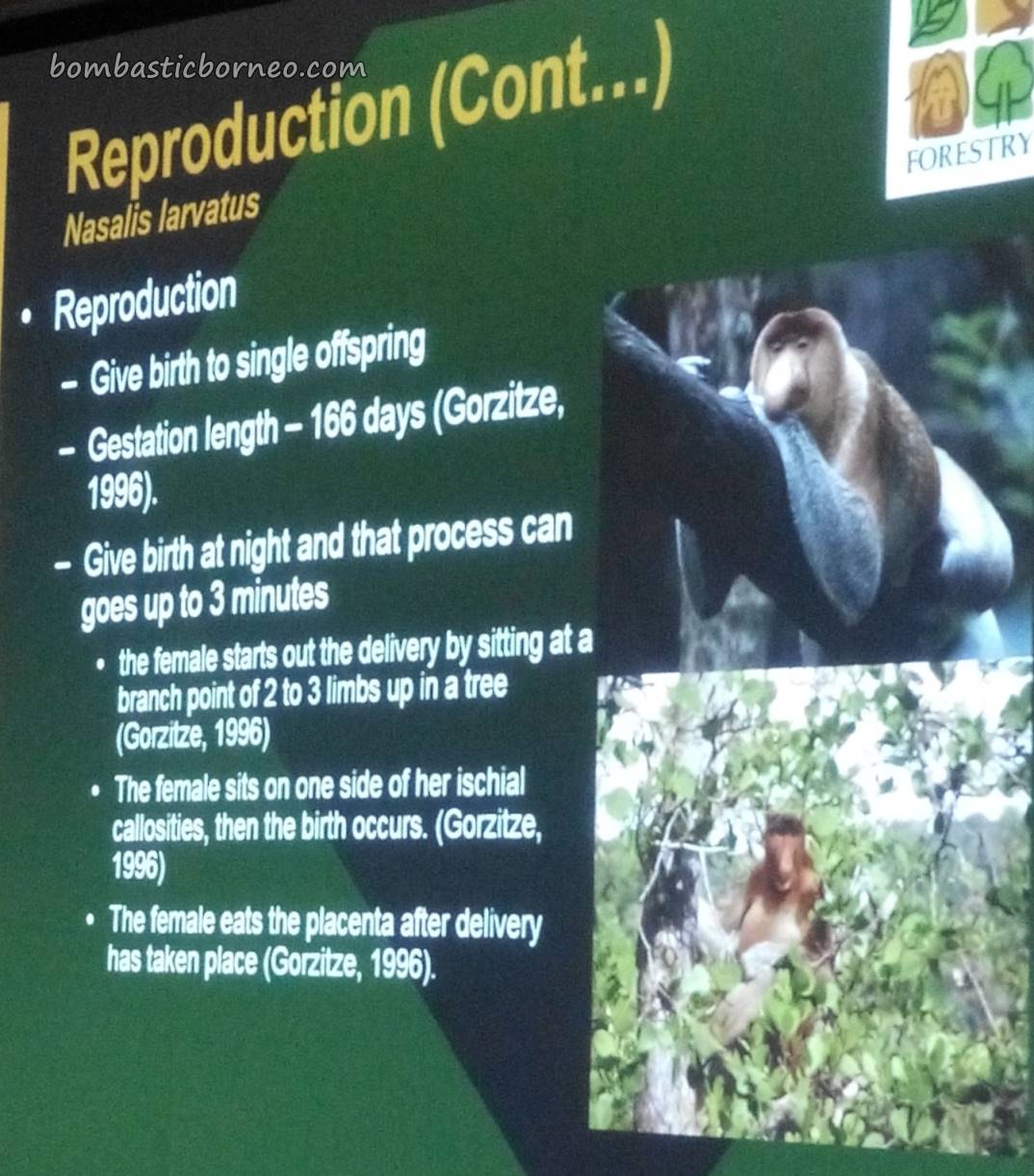 Proboscis monkey (Nasalis Lavartus) was first described in 1784 by Van Wumb (Napier & Napier, 1967).  This primate is classified under subfamily Colobine belonging to family Cercopithcidae representing the Old World Monkey (Groves, 2001; Disotell, 2003).  This species are listed as endangered by IUCN and listed as Totally Protected Species in Sarawak under Wildlife Protection Ordinance 1998.

Proboscis monkeys are unique in the sense that the males are large and distinctly different from females.  The males famous for their elongated and pendulous nose that evolved through natural selection.

Found only on the island of Borneo , the Proboscis monkeys have multi-chambered stomachs containing cellulose digesting bacteria.  This is because their digestive system cannot process high levels of sugar.  Thus, contrary to popular belief, not all monkeys can eat bananas!

The average life span for proboscis monkey is around 13.5 years.  Male proboscis monkey reached sexual maturity at age of 60 to 84 month while female at 36 to 60 months.  Infants normally up to 12 months and juvenile from 12 to 36 months (Rowe, 1996).