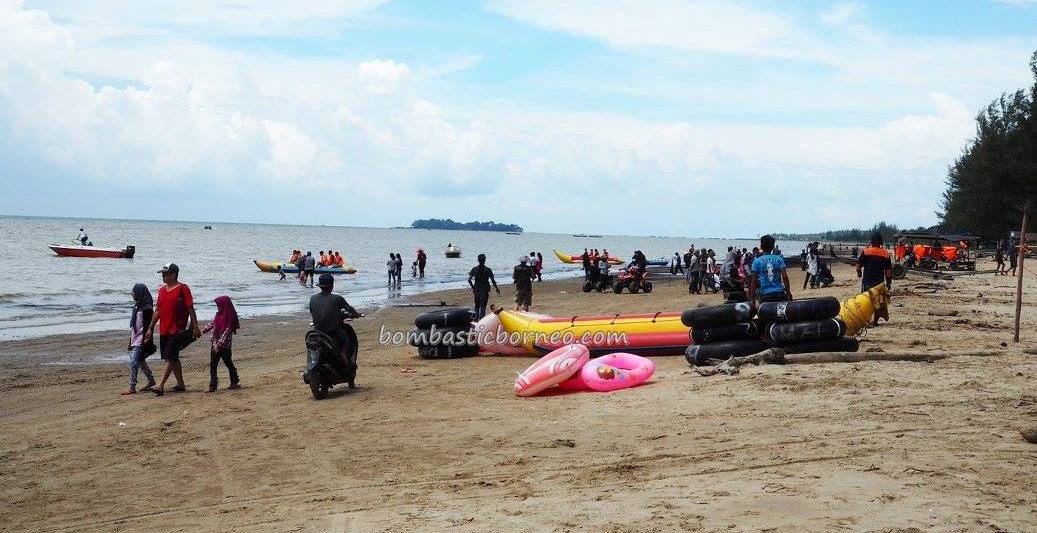 The road condition to Pelaihari was very good and the scenery pleasant. Nice vast and flat paddy fields on both sides of the road with the Loksado Highlands on the left in the distance. 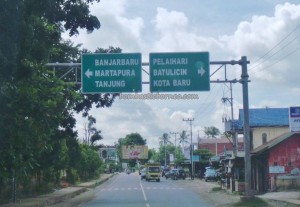 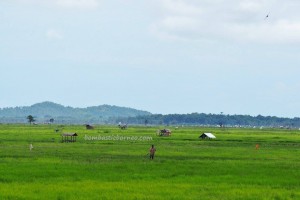 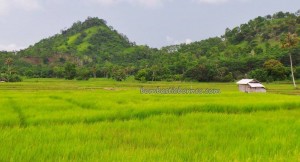 We noticed quite a number of flaky bark logs stockpiled on the roadside. We enquired from our driver/guide Mr Oyonk and his reply was ‘pohon galam’ and that they were for export. We had noticed the same timber used as scaffolding and piling in the construction industry here. Searching online later I learned that it was the ‘maleleuca cajuputi’ tree or tea tree, more popularly called ‘kayu putih’ in Borneo.

Why Batakan beach? Why did we take the trouble to visit Batakan when even some of my local Indonesian friends advised against the idea? They said the beach was just average with water quite murky. But the local crowd was good because it was a Sunday. Condition of the road from Pelaihari to Batakan was not very good but not the worst we have seen in Kalimantan.

On the way to Batakan 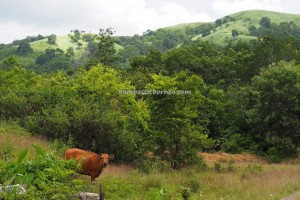 Oyonk, while driving from Banjarmasin to Pelaihari was trying to talk me out of it too. I got a little suspicious and I asked him why. His reason was utterly different from my other friends. He was calculating the traveling time and estimated that by the time we arrived at Pagatan that day it would be too dark to enjoy the seaview drive. We found out later that was true. Anyway, I had to explain to him that the reason I needed to visit Batakan was to explore the possibility of reaching the southern most tip of Borneo as we had recently ‘conquered’ the northern most tip of Borneo up in Kudat, Sabah. He looked a little perplexed but gave in to our request. After a simple lunch at the Batakan beach café, we talked to one of the locals about getting to the ‘Southern Tip of Borneo’. The price quoted to get there by boat was a ‘cut throat’ but he did mention that it was possible to do so by motorcycle via Sanipah Beach. That may be the cheaper option but time was not on our side. We had to skip this mission for another time. At least we found out the way to get there. 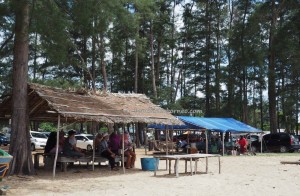 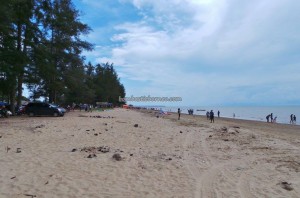 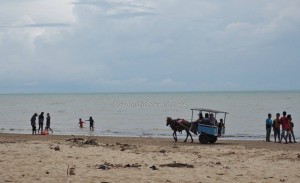 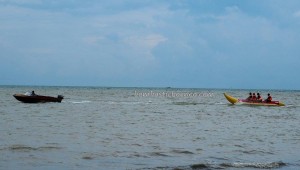 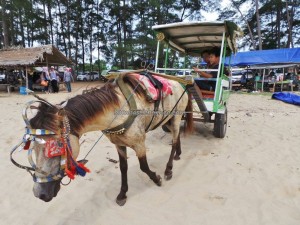 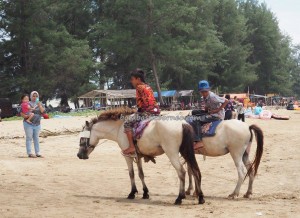 Light was fading fast as we head towards Laut Island where we were supposed to spend the night. We drove along the Pagatan stretch in total darkness and had to miss out on the sea view. We stopped by a roadside food shop at a deserted place offering only 2 ‘dishes’ for dinner- BBQ corn and ‘pisang penyet’ or ‘flattened banana’. Take it or leave it! We ordered 3 portions of both. 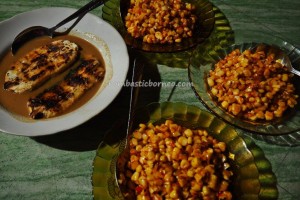 The food was satisfying but humbling for a Chinese New Year eve dinner. 5 meters away the waves could be heard pounding the beach. It was time to hurry to catch the ferry at Batu Licin for the 1hr ride to Kotabaru. By the time we disembarked and arrived at Kotabaru it was almost 11pm. Another one of those long days. Next : Kotabaru