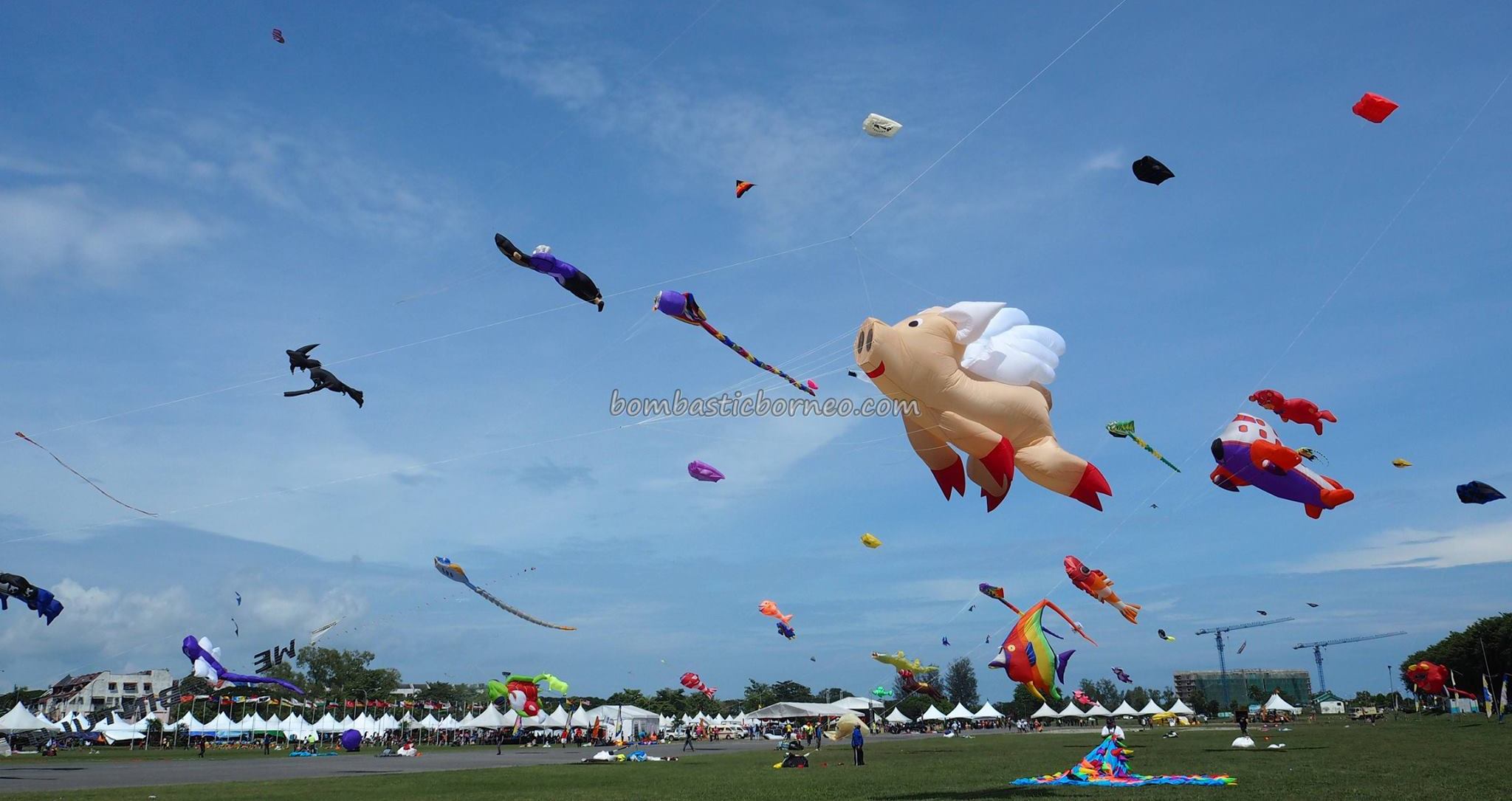 We finally made it to this annual event on its 12th year, 2016. For an event to be able to run 12 years consecutively, there had to be something in it. 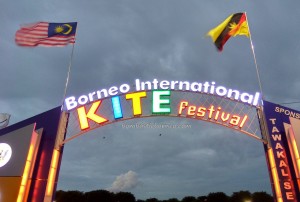 We flew from Kuching to Bintulu town that was once upon a time famous for ‘belacan’ (a nasty smelly paste made from tiny shrimps). It has since become a very rich town fueled by the oil & gas industries with nothing much to offer in terms of tourism, except for the Similajau National Park (http://www.sarawakforestry.com/htm/snp-np-siminajau.html). Our 3D2N was more than enough to cover pretty much of the event which included Remote Control Stealth Plane demo, drone obstacle race, street parade from the event Hotel Plaza to the venue at the old Bintulu airport and other side performances at the main stage.

As we arrived into town after the 45min taxi ride from the airport, traffic was a crawl along the Sultan Iskandar road which cut across the old airport runway i.e. the event venue. 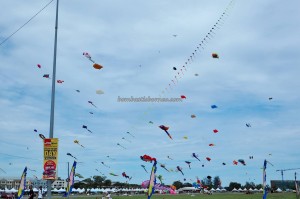 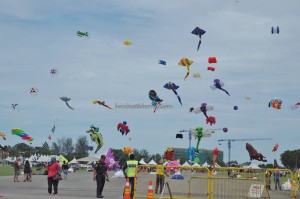 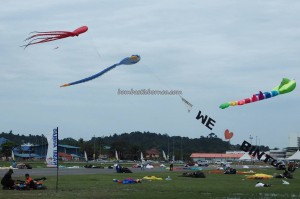 All hotels in the old town were within walking distance to the venue. Except for the brief moment of aerial display as we inched toward our hotel, the rest of the day was almost breezeless. So we just took our time going from booth to booth which included sale of finger foods, souvenirs, local snacks, small kites and orchids which were pretty impressive. 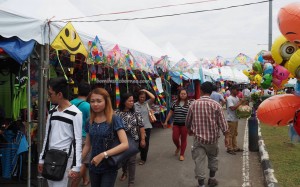 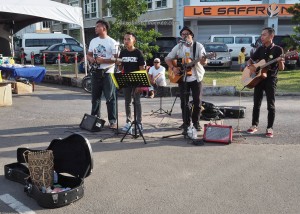 We checked into the secretariat anyway to get our media passes. Friendly guys manning the secretariat were from the organiser, the Bintulu Development Authority (BDA). Had a good chat with them and given a good briefing of the overall festival. Thanked them for the 2 passes and complimentary drinking water. 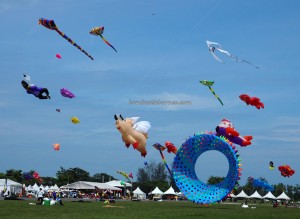 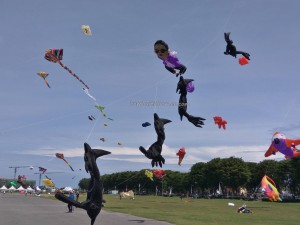 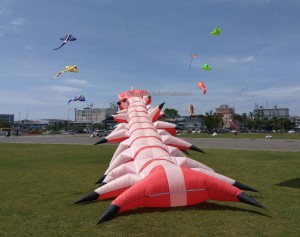 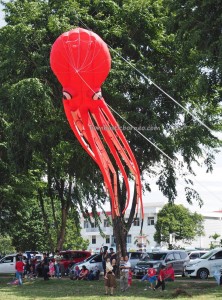 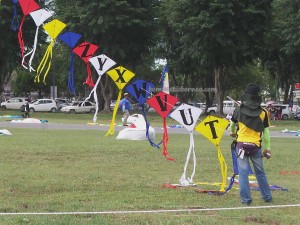 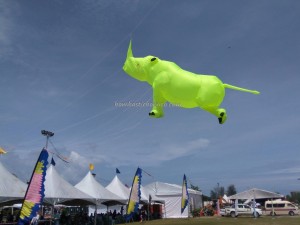 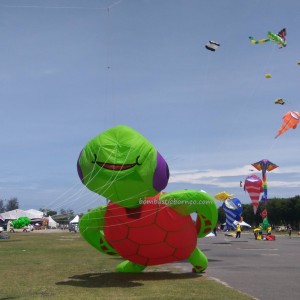 Although the field was pretty quiet because of the windless afternoon, there was this lanky German by the name of Andreas who would not give up trying to launch his kites while other flyers gave up. He revealed to us it was his 8th year participating in this event and he had brought 50kg of kites. At that point in time he was struggling with his beautiful triple clown fish. A real gentleman who displayed the commitment and positive attitude of a responsible participant which was something any event organiser would like to see. Note that all participants’ expenses were paid for by BDA.

The afternoon sky was cloudy and the short bursts of wind raised only false hopes. Eventually, we had to resign to the fact that there would be no spectacular show for the day. Groups of quad kites flyers in the sports category filled in the gap, demonstrating their cohesive skills while some individuals entertained the crowd with their double Delta kites like angel fish in sync. 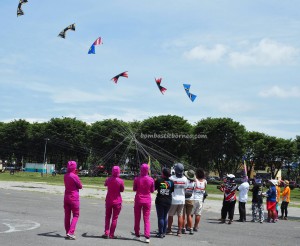 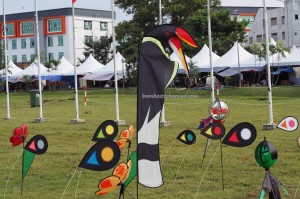 Ended the day’s event watching the guys demonstrated their skills with their noisy remote control ‘stealth planes’. Meanwhile, locals and their kids took over the field with their amateur kites. 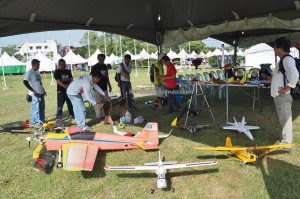 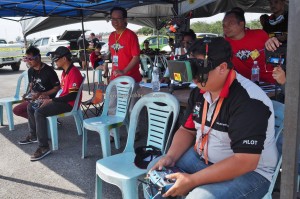