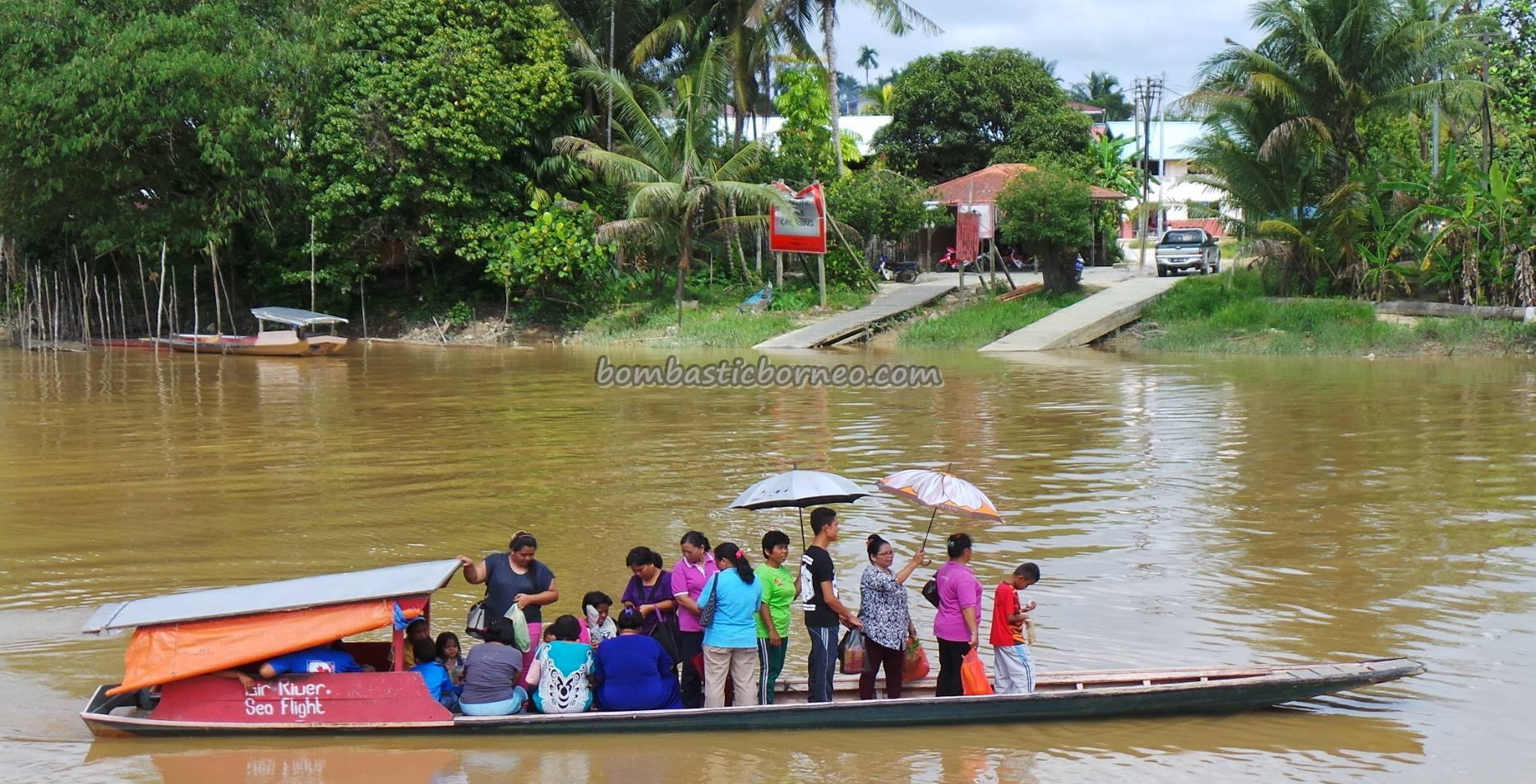 The very first time we heard of the name Selampit (founded in 1938) was when reading pre-election news where the subject of a promised bridge to the said village that never materialised. The news also mentioned that the Bidayuhs of this village had to commute by perahu everyday to get across the Kayan River, not to be confused with the other Kayan in Serian. 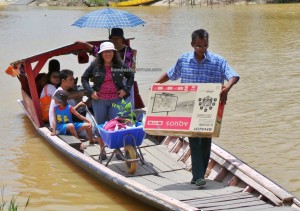 That aroused my curiosity as never did we ever hear of a Bidayuh village having to cross a river by boat.  After doing a bit of homework, I found its location somewhere about 5km from the Bau-Lundu Road. 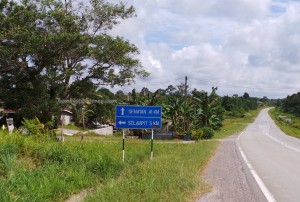 Apparently, some of my friends who were into recreational prawning did know about this village.  Selampit just like Tebakang in Serian, has always been popular for ‘udang galah’ a giant fresh water prawn.

They would rent boats from the villagers to go fishing for these blue spiny legged giants which required special skills and homemade rod. The 5km drive from the main road junction was mostly along asphalt except for the final few hundred km then but is now completely sealed. What greated us at the end of the road was Mr Mida’s coffeeshop by the edge of the Kayan River. As it was a Sunday, the shop was packed.  We ordered our coffees anyhow and watched the boss busy tossing ‘kolok mee’ Bidayuh style.

Soon after, we boarded the specially designed perahu to cross the 30m wide river. As we strolled along we realized that in many ways this village was unique and quite different from the ones we had been to. Firstly, it was situated on very flat terrain without any mountain in sight to provide drinking water. Hence the many blue tanks to harvest rain water.

We did not notice any form of big scale farming other than oil palm. Very traditional tree bark houses can still be seen here while not too far away a very posh and modern looking concrete house suddenly popped up. 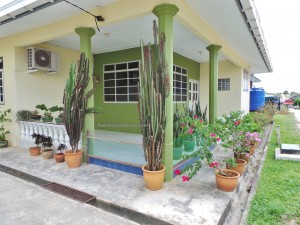 The big surprise was when we saw this Bahai center as well as a ‘rumah adat’ or a traditional cultural house running hand in hand in the same village.

According to Mr Giton the headman, they have among the thousand plus residents here, RC, SDA, SIB and Muslim too. Such religious diversity and harmony. On the 2nd of June every year, villagers of all faiths congregate in unity here to celebrate their traditional Bidayuh open house Gawai. The highlight of this occasion is a special traditional ritual held at the legendary Batu Si’b (2 rocks in the river) during low tide.

We observed many houses with pvc pipes tucked underneath. They were of size 16cm diameter by 120cm long. Some of the cylinders were made from tree bark. Upon closer examination we concluded that they were prawn traps.

We had no one around to answer our querries as the village looked deserted for a Sunday. Prawning season is between April and June. Villagers as well as outsiders would be busy during this period as these prawns could fetch a handsome RM50/kg in the city. But wholesale price in the village would be RM20/kg. Boats can be hired from the villagers at RM45/day through the coordinator who is the boatman who ferries passengers across the river. But before venturing into the river one must know how to control a boat. Note of caution, ‘where udang galah thrives so do crocodiles’. 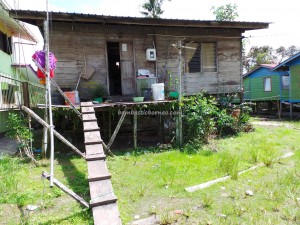 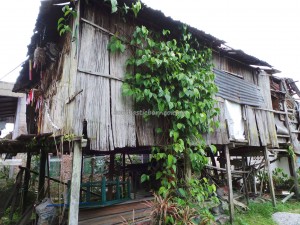 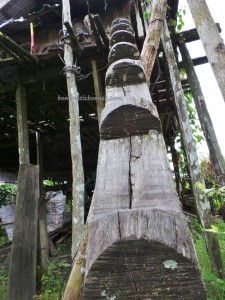 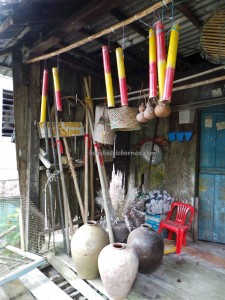 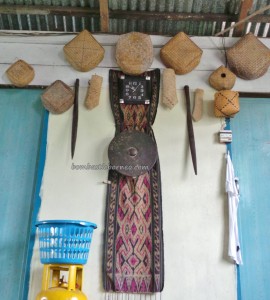 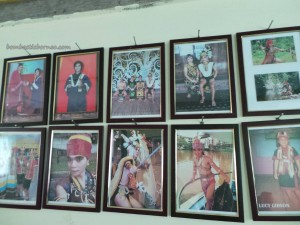 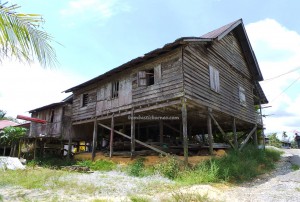 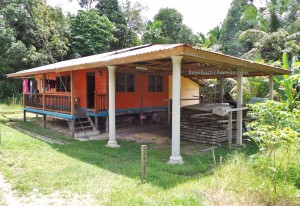 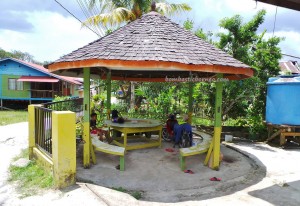 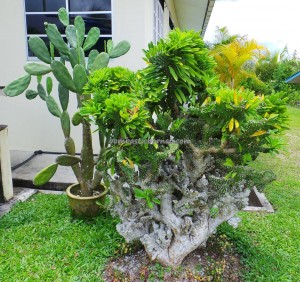