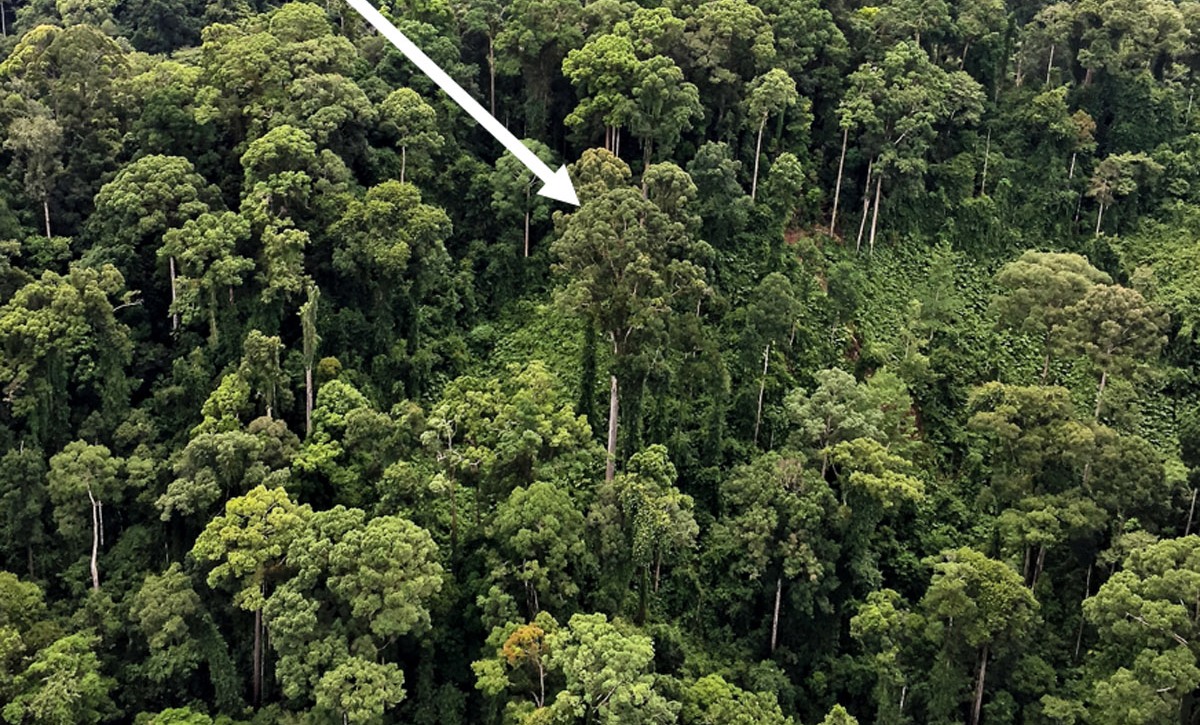 A few months ago, it was announced that there was a new record for the world’s tallest tropical tree: a Yellow Meranti (Shorea faguetiana) found in Sabah, that stands some 89.5 metres (about 294 feet) tall.

But that record was not destined to last long. Gregory Asner of the Carnegie Institution for Science at Stanford University announced at the Heart of Borneo conference today that he had not only found a taller tropical tree, but 50 taller trees.

The tallest is a towering 94.1-meter (nearly 309-foot) tree with a canopy that measures 40.3 meters (132 feet) in diameter, discovered in Sabah’s relatively undisturbed Danum Valley.

The tree is in the genus Shorea, though the exact species has yet to be determined. Asner and his colleagues also found 49 other trees taller than 90 meters spread all over Sabah, and plan to visit each of them in the coming weeks.

“This tallest tropical tree, and the 49 runners-up, are truly phenomenal expressions of the power of nature,” Asner said. “Conservation needs inspiration, and these sentinels of the Bornean jungle provide that to us. This discovery is a gift to science, to the people of Sabah and Borneo, and to the world.”