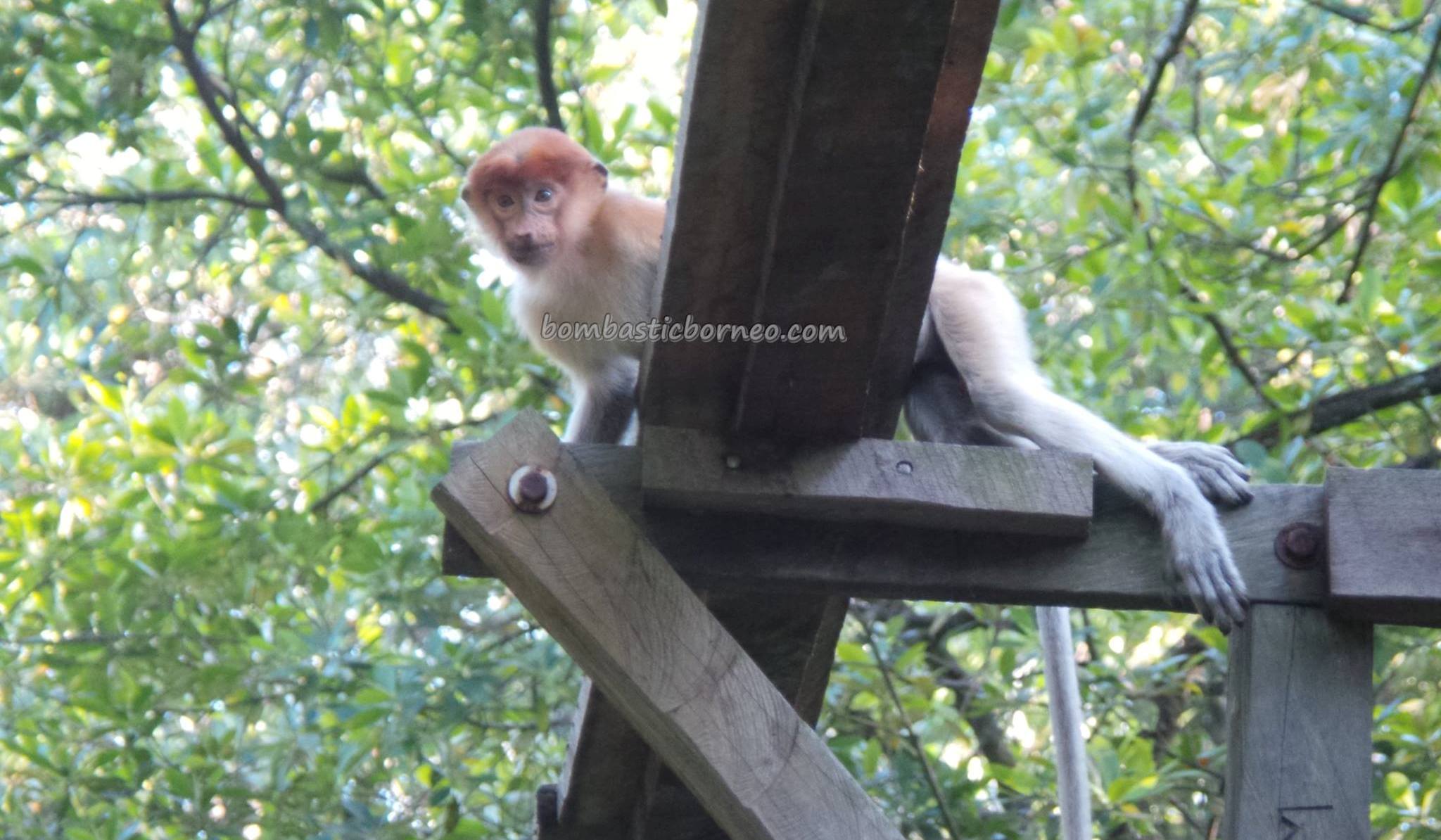 We have finally arrived at the final part of our story and the last leg of our 12 day journey which saw us passing through 2 provinces of Kalimantan, namely Kaltim & Kaltara. We had started out from Balikpapan with Tarakan as our final destination before returning via Tawau/Kota Kinablu.
It was our 4th and final day in Malinau and the time to say sayonara to all the dance, music and songs of the most colourful people of Borneo. The express boat departed the Malinau wharf 7.30am sharp for the uninterrupted 3hr ride to Tarakan. Nothing spectacular along the Sesayap River. No longhouses along its banks as I had expected. 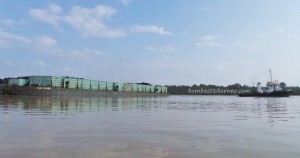 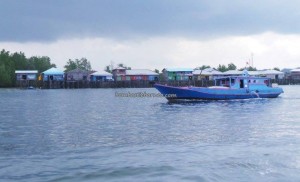 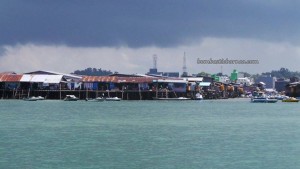 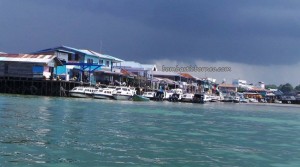 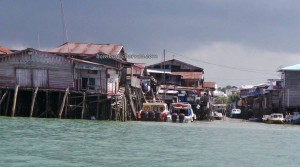 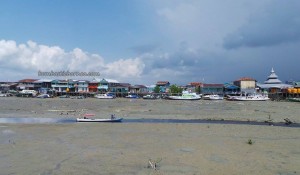 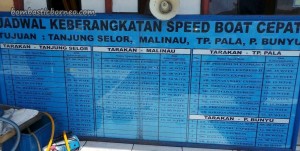 The sky was heavily overcast as we arrived at the jetty and started drizzling as we squeezed into a waiting blue van, the local taxi. A fellow traveler from the boat had earlier recommended us Hotel Makmur. As we ran out of rupiah, the urgent thing to do was to look for a money changer after checking in. The streets were mostly deserted as it was a Sunday. Shops and offices were all closed and so were the money changers. Lucky for us during the hunt, a manager of one of the hotels was willing to swap with my ringgit.

Historically, Tarakan was once the blue eyed boy of the Dutch because of its black gold. But for an oil rich town it once was, the town did not show any sign of a very robust economy compared to Balikpapan. Very much smaller and laid back compared to the other cities and towns of Kalimantan. Wished we had more time to explore the museum and some of the war monuments to learn more about the history of the Allied Forces who defeated the Japanese here during WW2. Tarakan was the launching pad for the eventual liberation of the other oil rich strongholds like Balikpapan, Seria, Labuan and Miri. We also missed out on the Orchid Garden. For the crab lovers, Tarakan is also famous for its soft shell crab called ‘soka’. Night life looked pretty much lacking here as we went in search for dinner, strolling along very poorly lighted streets. What we did not missed was the Mangrove Forest Conservation Park situated in the middle of the town. In it about 50 proboscis monkeys roam freely feeding on the mangrove leaves. The locals here call them ‘bekantan’ as against Malaysia’s ‘monyet belanda / dutch monkey’ due to their long nose, no offense to the Dutch. Had a great time here for a mere IDR3,000 entrance fee. 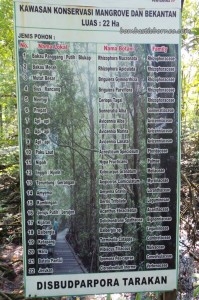 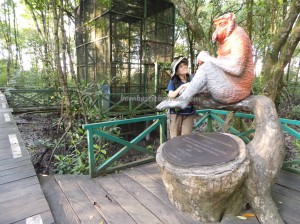 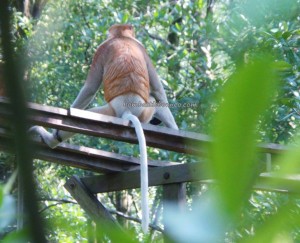 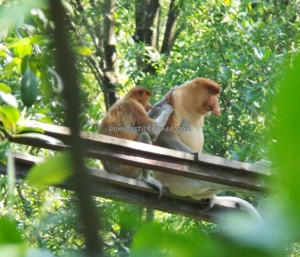 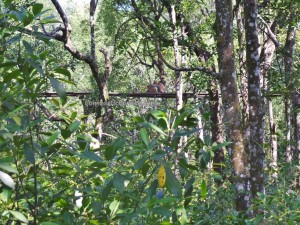 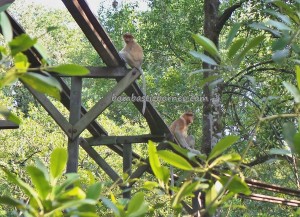 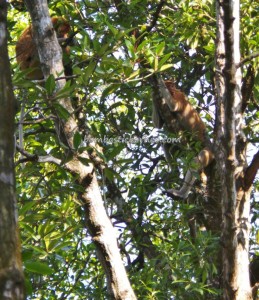 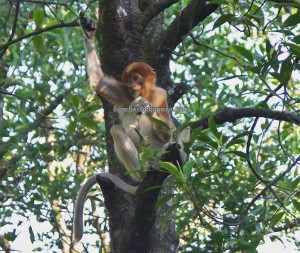 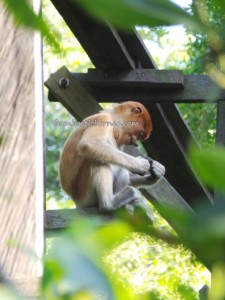 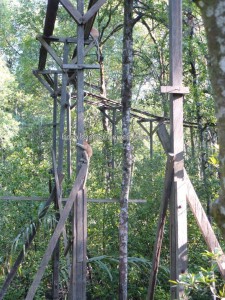 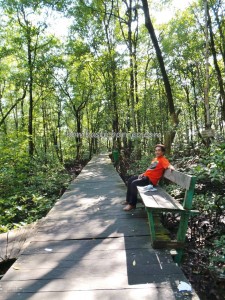 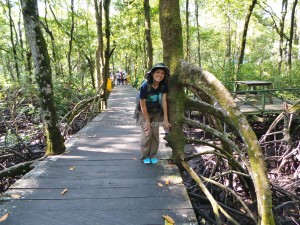 Mangrove Forest Conservation Area or known as Kawasan Konservasi Mangrove dan Bekantan (KKMB) is located on the Jalan Gajah Mada. The area is about 21 hectares in size and is original forest from the time when Tarakan was surrounded by dense mangrove forests, which have all but a small part disappeared for shopping and residential areas. Fortunately, the Tarakan mayor Jusuf, SK had the idea to save part of the mangrove forest which has changed into a conservation area and a tourist attraction.
Besides a popular destination for travelers and locals alike, the Mangrove forest also has other functions as well. It is considered as the lungs of Tarakan and a natural barrier to protect the city from sea water erosion. Although not large in size, the Mangrove forest is also a natural habitat for mangrove trees and faunas typical of Tarakan. The age of the trees differs from about tens to even hundreds of years. Finally, the Mangrove forests are also used as a real-life laboratory utilized by researchers from both within and outside the country. Research results are very useful for science. (Source : http://www.indonesia-tourism.com/forum)

Next : Tawau by ferry.