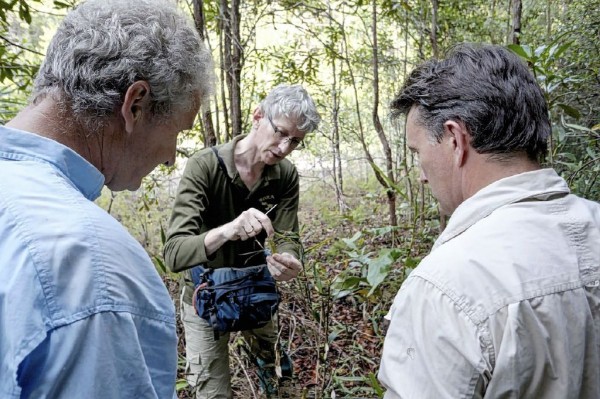 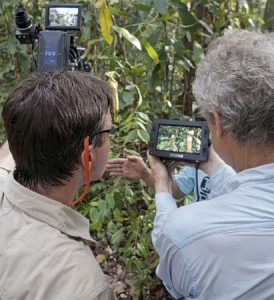 Paul Reddish, a series producer from Free Spirit Films, and Dr Paul D Stewart, a freelance cinematographer and zoologist, have spent three weeks filming the different species of wildlife in the sultanate.  The duo is filming a three-part series on the wildlife in Southeast Asia and has shot footage in Brunei, Indonesia, Malaysia and New Guinea on subjects such as the mangrove forest, Nepenthes pitcher plants and proboscis monkey.  The series will cover topics explaining why Southeast Asia is biologically the richest place on earth.

“I can’t tell you when exactly (the series will be shown), as it’s National Geographic’s decision. But we will deliver the series to them in February next year,” said Reddish, adding it would probably be shown around September or October next year.

When asked if anything stood out to them, Reddish said the Nepenthes in Brunei were particularly interesting.  “The Nepenthes that we filmed which Professor Ulmar Grafe is an expert on make themselves a home to bats. The Nepenthes (in exchange) get nutrients from the bats’ poo, so it really is a wonderful story. (They) don’t just catch insects but provide a lavatory for bats (too).”

Reddish said Brunei has been a great and smooth experience due to the resources and experts available in the country.  He mentioned in particular Professor Ulmar Grafe from Universiti Brunei Darussalam who assisted them with his expertise on the Nepenthes and the rainforest frog.

“It’s a treasure trove. One is you have a good university and good science going on here, and two, you’ve got good habitats.  And you need both of those. Otherwise, you can’t make films,” he added.

The two filmmakers were also assisted and guided by Md Vol Momin and Bohari Abdullah from Sakam Enterprise, a tour operator promoting eco-tourism.  “As a (filming) crew, you absolutely depend on local naturalist knowledge, and hopefully, the naturalist society benefits because they get to see the footage and it’s more publicised,” he added.