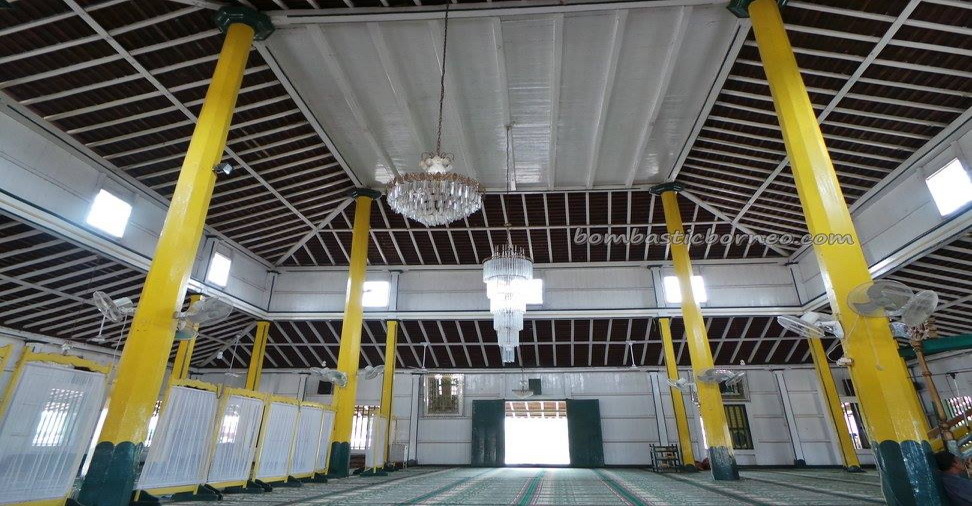 Guntur my host suggested we did a tour of the opposite side of River Mahakam or as the locals call it Samarinda Seberang. But just before that we dropped by at South East Asia’s third largest mosque called Masjid Islamic Center Samarinda. Giant of an icon which one cannot miss from anywhere around the city. 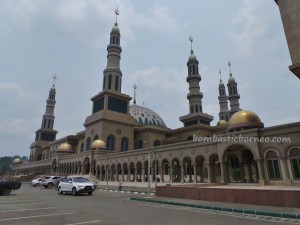 Next it was off to the Bugis weavers’ village (Kampung Wisata Tenun Samarinda). Their looms were pretty much like the ones I saw in Indochina. Decided to pick one silk sarong from the weaver that Guntur recommended, with a Dayak motif. 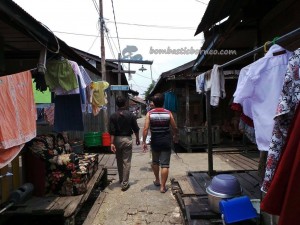 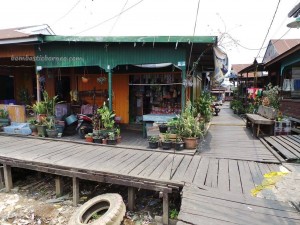 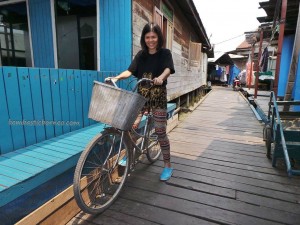 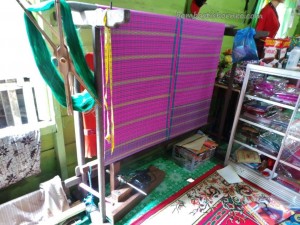 We also visited a beadwork producer with quite a good stock for sale.  Very enterprising and hardworking lot these Bugis. They can adapt so well into Kalimantan that they are now controlling the beadcraft and woodcarving business a long traditional art of the Dayaks. Not only do their business thrive here but all over Kalimantan, Bali and even in Sarawak where their crafts have found their way into Main Bazaar in Kuching. You can respectfully call them the Jews of the Malay Achipelago! Since hundreds of years ago their ancestors have already made a name for themselves as sea faring traders. Sailing to as far as Singapura and made their presence felt with a street named after them. Remember Bugis Street? Well, it has evolved from the sleazy ‘pondan’ haven to big time retail shopping, just for your information. Just where did they get the maritime knowledge to sail from Sulawesi to Singapore, I wonder. Beside the technical know how to build sail boats big enough to transport goods for the barter trading there. Anyway, just to say I did not buy anyway of the beadwork offered here although the price was good considering the amount of work put in which could easily have taken half a year to complete the 2’X4′ coffee table size beadwork. I have enough of collection of beadwork of my own and besides I spotted too many flaws in the motifs. To an experienced eye there is a glaring difference between the ones done by the Kenyah/Kayan and others.

Next on the list to visit places here was the Bugis Cultural Centre but unfortunately it was closed so nothing much could be seen from the outside. Impressive belian architecture as always here in Kaltim. 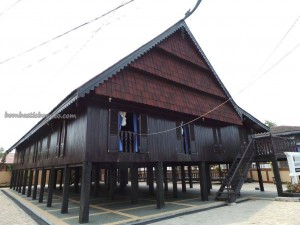 Time for the Zuhur prayer for my Muslim host Guntur and off he drove us to the 135 year old mosque “Masjid Shirathal Mustaqiem” to perform his religious duty. While he was busy praying we took a tour of this oldest mosque in Kota Samarinda Kalimantan.  The mosque was built in 1881. Still standing because of the 100% belian or locally called ‘ulin’ timber. Truely impressive. 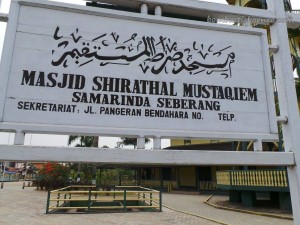 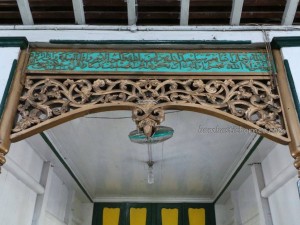 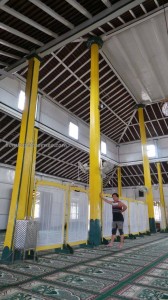 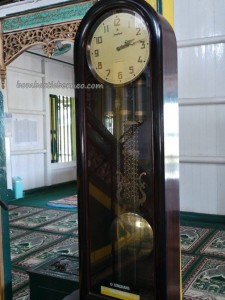 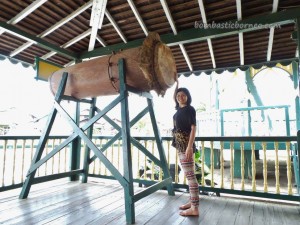 Time for lunch. Nothing exciting in Samarinda as far food is concerned especially with being vegetarian. So settled for Tahu Sumedang & huge cassava cracker.

Spent the rest of the day admiring Abeng’s (he’s Guntur son) newly completed house which was just next to Guntur’s. Fine Balinese design. with a pool. 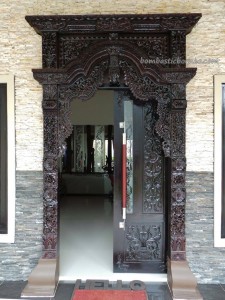 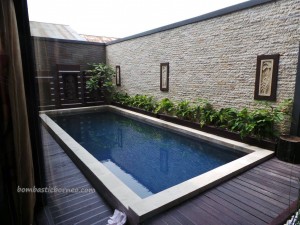 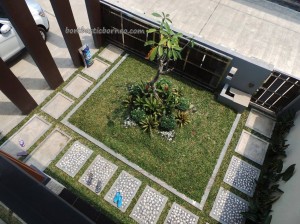 Like father like son- works hard for the money. While I was visiting he was busy rushing on his order from a Europe buyer for his belian totem poles. 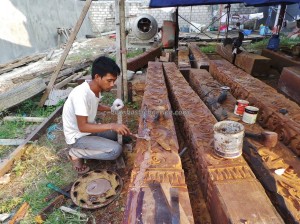 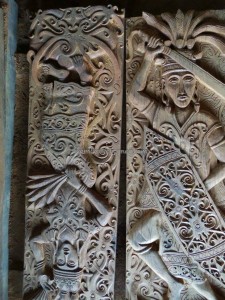