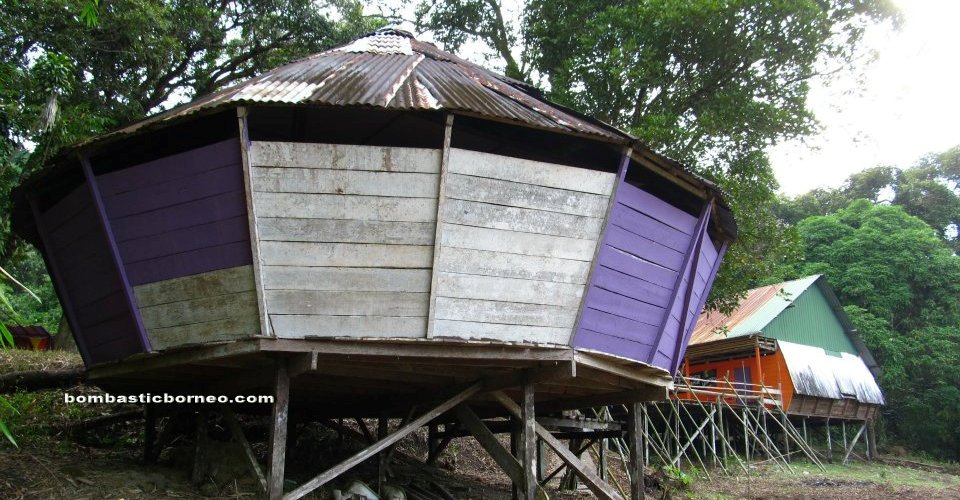 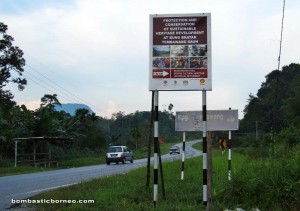 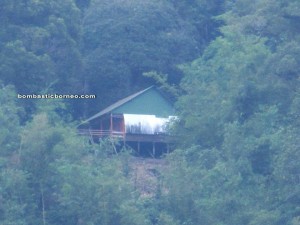 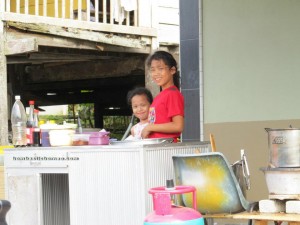 According to the Bidayuh elders of Jagoi/Bratak group, Bung Bratak was their one and only original home in the old days, after the first migration out of “Gunung Sungkung“, perhaps a thousand years ago. For hundreds of years, the well-fortified and well-guarded Bung Bratak provided peace and security to the settlers. It was a rather prosperous settlement for the time, with lots of rice stock and valuable gongs and jars. This must be the reason why outsiders attacked the hill several times, but failed except once in May 1837.

By 1841, when Sarawak experienced greater peace and order, the people of Bung Bratak under Panglima Kulow moved down to the surrounding lowlands. Today, from Kampung Selampit in Lundu District to Kampung Serikin and Kampung Staas in Bau District, as well as those in the Jagoi Babang area in Kalimantan Barat and Kampung Bawang in Penrissen area of Kuching District, the villagers trace their original ancestry to and at Bung Bratak. Over 40 Bidayuh villages recognise Bung Bratak as their “original home”.

The last group of Bidayuhs who left Bung Bratak are those now at Kampung Tembawang Sauh and Kampung Jugan in Bau District, who become the nearest guardians/custodians of the ancient settlement.

Because of its historical heritage and historical value to the Bidayuh community, the Dayak Bidayuh National Association in 1988 put up a memorial stone at Bung Bratak. After 1988, thousands of Bidayuhs, especially those from the Jagoi/Bratak area, trekked up to this ancient settlement on every 1st May to pay homage to the old place of their ancestors. 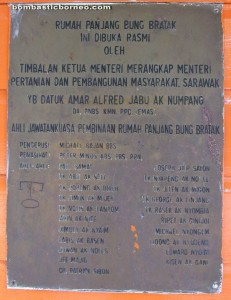 The Government had provided grants for the building of a longhouse, and a “Baruk” and other basic facilities at the hill as its appreciation of the historical value of the place. The Sarawak Museum had also done some excavation there, confirming its early history and ancient heritage.
As in the past, Bung Bratak Day always attracted a few thousand Bidayuhs from all over the state. Some are historical enthusiasts. Some want to climb up to do some exercise, while some just want to follow the crowd.

The Organisers of Bung Bratak Day 1998 welcome everyone to Bung Bratak on May 1.
“Just prepare for an early morning half-hour hill climb and join the thousands of Bidayuhs of a day of fun and festivities at Bung Bratak“. 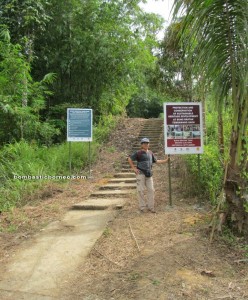 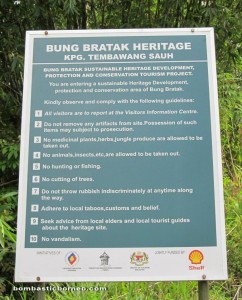 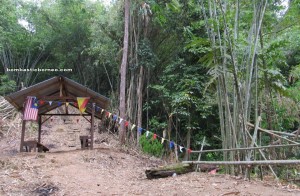 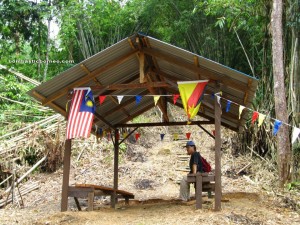 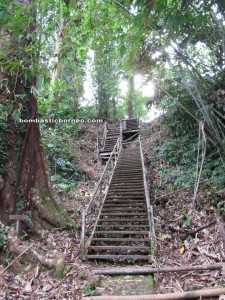 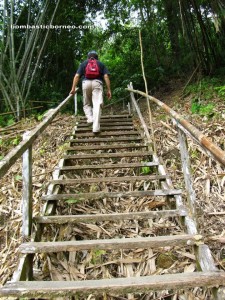 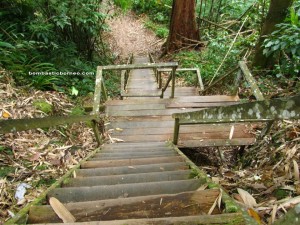 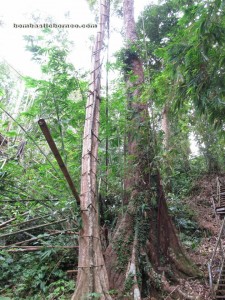 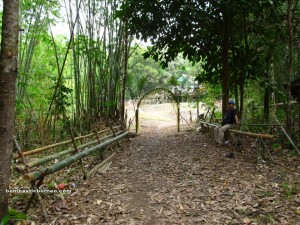 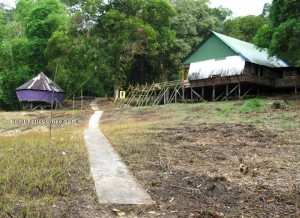 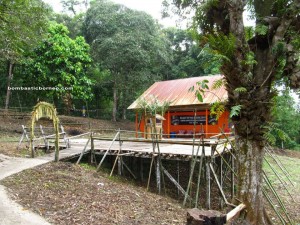 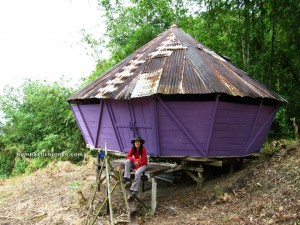 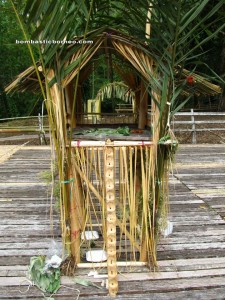 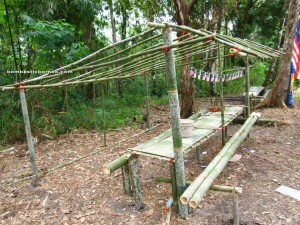 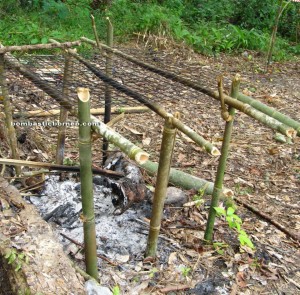 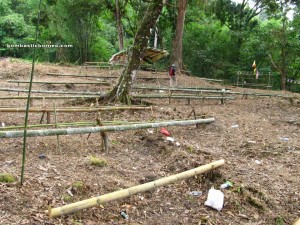 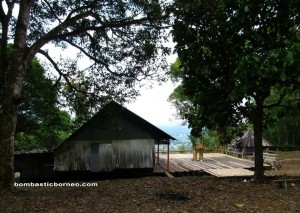 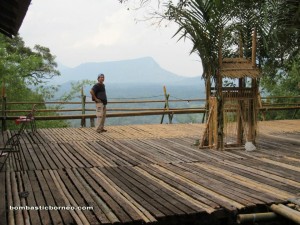 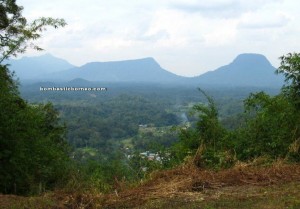 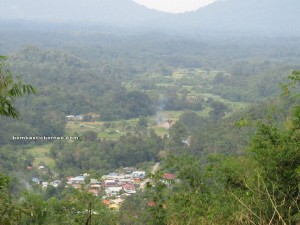 There is a belief that the water from a spring at Bung Bratak has healing powers. 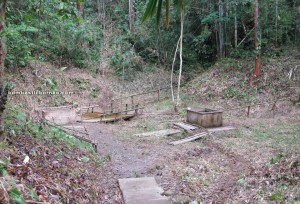 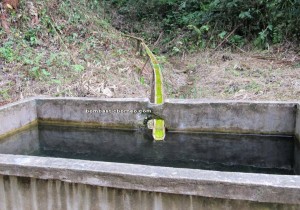 Bidayuhs and non Bidayuh take down bottles of water from the hill to bathe and treat their children of cold and flu. A member of a German TV crew in 1995 commented “this is mysterious but true because it worked on my kids”.

(The above article was written by Datuk Peter Minos)