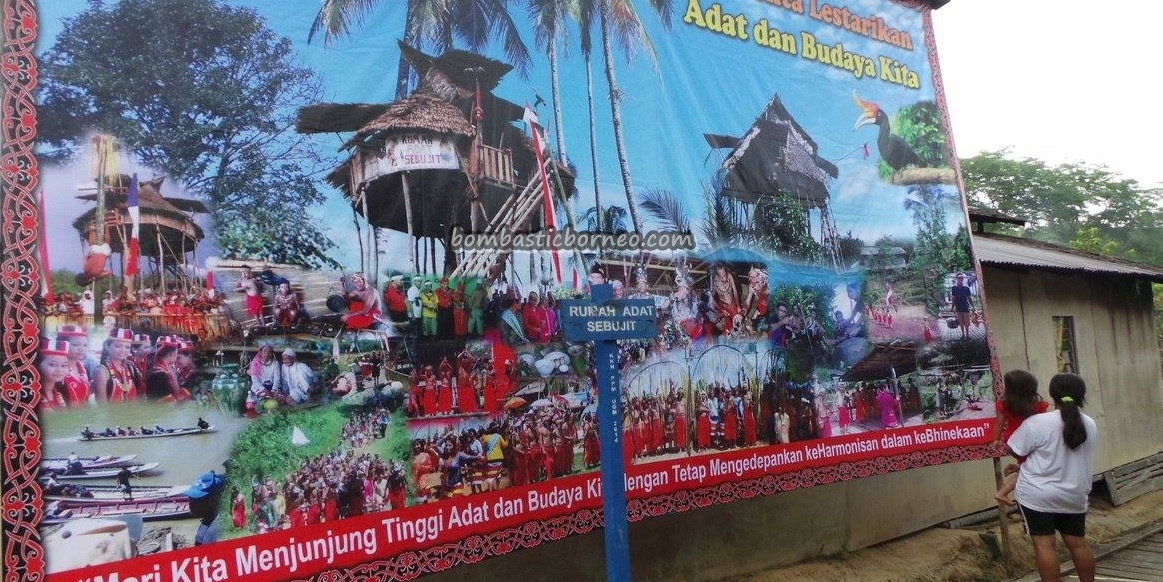 It’s been 3 years since the last nyobeng we participated in 2012 between Kampung Gumbang & Dusun Sebujit. We were lucky and thankful to be invited back again this year. Only difference was this time it was reciprocating with Kampung Padang Pan. With the invitation card in hand, we decided to drive in one day ahead via the Serikin/Jagoi Babang border post and onwards to Kampung Merendeng where we had to park our car and continue by ‘ojek’ or motorbike taxi. 3 years ago this gateway into Siding district was still unheard of. But now with part gravel and part dirt roads, life has been made easier compared to my friends in Kampung Padang Pan and Kampung Gumbang who chosed to trek in. Been there and done that (http://bombasticborneo.com/2012/07/nyobeng-sebujit-2012/). Which was why I was so eager to try this new and latest option. The third option would be by boat up the Seluas River from Seluas town farther down Jagoi Babang.

The weather was just perfect on the day we drove in. Paid RM10 ‘toll’ to Taiko Ah Seng’s macai at his oil palm estate and continued to the Malaysian army post. Despite showing them our invitation card for this grand event these army guys were just playing for time and perhaps ‘fishing’ as usual, asking all sort of unnecessary questions. It got to a point that I had to call Aking the organizing secretary so he could talk to the army and do the explanation instead of me. Problem solved in less than 3 min.! Don’t get me wrong, sometimes these army guys are super nice. There was one time that they gave us 2 cans of cold soft drinks. These can drinks were ‘contributions’ from the Indonesian traders passing through. Usually under duress. It is an open secret which my Indonesian friends lament about. In fact there was one personal experience at the same spot when I overheard a Malaysian soldier asking this poor vegetable trader on a motorbike to get him 2 packets of Marlboro from Serikin. That was RM20 worth and that could be his one day wage. I hope this will not get to the point like in the recent Ba Kelalan case where politicians needed to intervene to stop such outrageous extortions.

Anyway, we continued our drive to Dusun Merendeng along a nice gravel road and enjoying the wonderful scenery. Tagging along with us was our friend Ms Veronica a Sebujit lady married to a Kuching guy. The drive from the Jagoi junction was only about 30min.

On the way to Merendeng Village 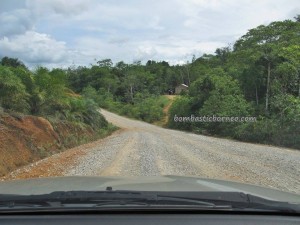 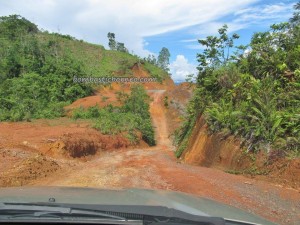 Did a bit of Gawai visiting while here. 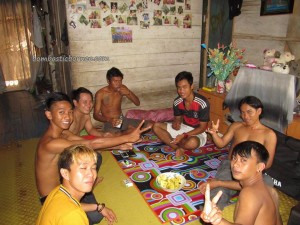 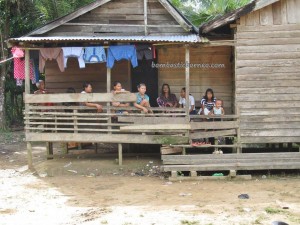 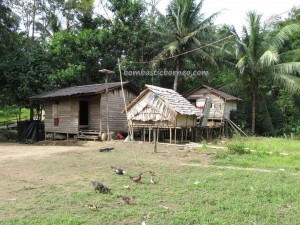 Thanks to Veronica the ojeks were organized and all ready to leave for Sebujit. Had to beat the rain otherwise this dirt trail would be too slippery and dangerous. Next story to Sebujit Lama.

On the way to Sebujit Village 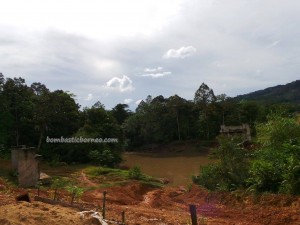 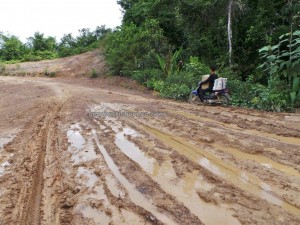 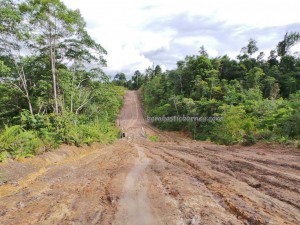 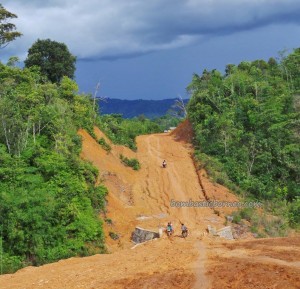 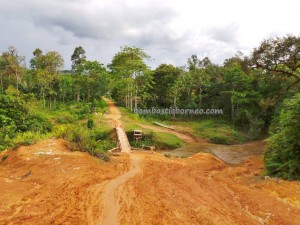 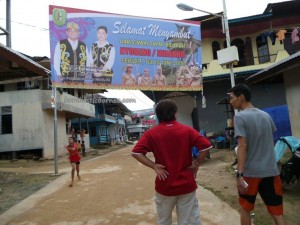 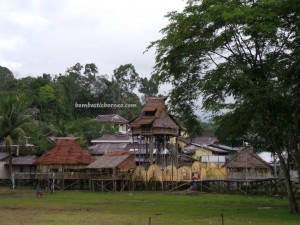 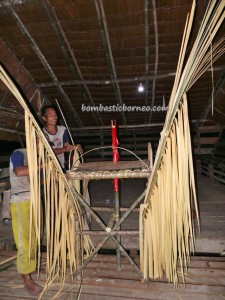