Home ATTRACTIONS City/Village Justice in the native court of Borneo 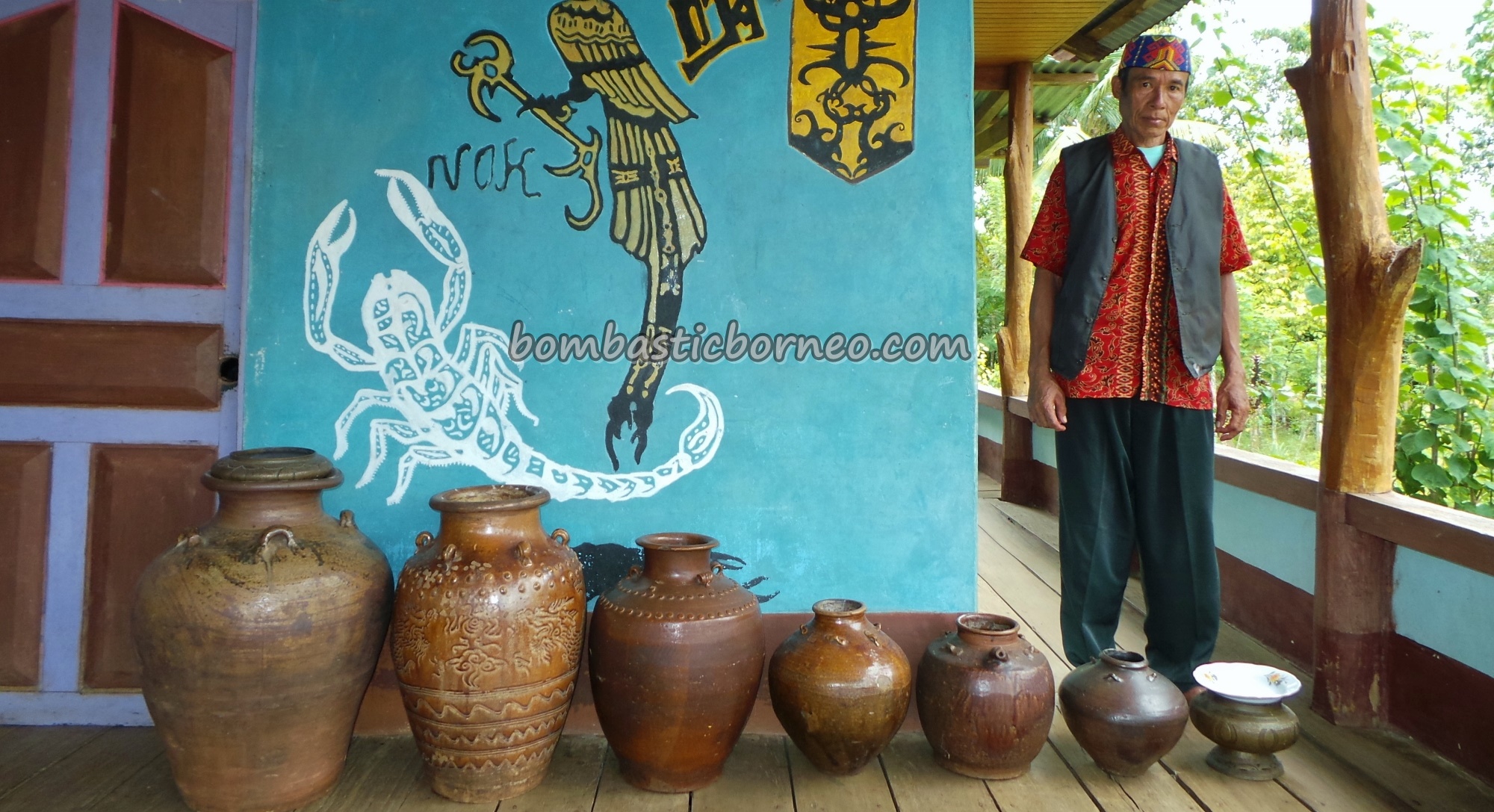 In most parts of the interior of Borneo, justice in the Dayak community is still determined by their own court of law or ‘hukum adat’ and presided by the customary chief or the ‘Ketua Adat’ whose duties besides settling disputes also performs rituals and determines the timing of when a ceremony should be celebrated.  While covering a ‘nyobeng’ event in Kampung Sujah in Seluas, Kalimantan Barat, we were kindly granted the request to interview both the Ketua Adat of Kampung Sujah Pak Siah and Pak Mukim Ketua Adat Desa Sango.  Immediately after the nyobeng event, we hurried to the house of Pak Siah to shoot the interview.

Here’s the summary in English of his interpretation of the Bakati judicial system in particular the various types of wrong doing and their fines which mostly come in the form of 7 types of jars plus sometimes, pigs, plates and gongs.  The names of the jars starting from the biggest are :– Siam, Alang, Gerondong, Kunyit, Manduh, Bamban, Piring Alus. 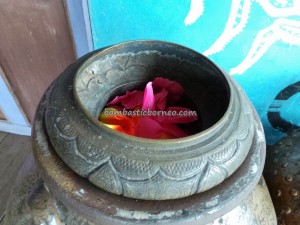 Petty offenses like a kid hurting another kid where some bleeding happened then the fine is paying the injured party a Piring.  But when bleeding is very profuse, the fine is increased to 1 unit of the Manduh jar.  If hospitalization is involved then the fine goes higher in the form of Alang, a bigger jar plus medical and hospitalization fees.  In the case of molestation, if done with one hand, the fine is 1 unit of Manduh but when the offender uses both hands it is 4 units of Manduh.

For major offenses like adultery and rape, fines would be meted in various numbers of ‘batang’ or series.  A series can come in a row of 7jars or 6jars and sometimes on top of that the offender has to add on a pig or two and/or a piece of gong.  E.g. Offense 1- adultery with a woman who is single, the fine is a 6jar series+1pig starting with Alang jar.  Offense 2- adultery with a married woman the fine is doubled, 2 series + 2 pigs + 1 Siam jar.  But the same offense is committed by ‘officials’ like the Ketua Adat himself, Kepala Dusun (Village Headman) or Kepala Desa (4 Village Headman) the fine is even higher at 4 series.  Rape calls for 8 series!

Bear in mind that these jars are only used as a measurement of the quantum of damages.  Such variety of jars are hard to come by these days.  The monetary equivalent will be set by the Ketua Adat so all damages may be paid in cash.  Although their court allows for negotiation, it is only for the mode of payment and not in the quantum.  In the eventuality that the offender cannot by any means pay the fine then he/she will be handed to the Police and civil court takes over.  Imprisonment will usually be the only choice left.