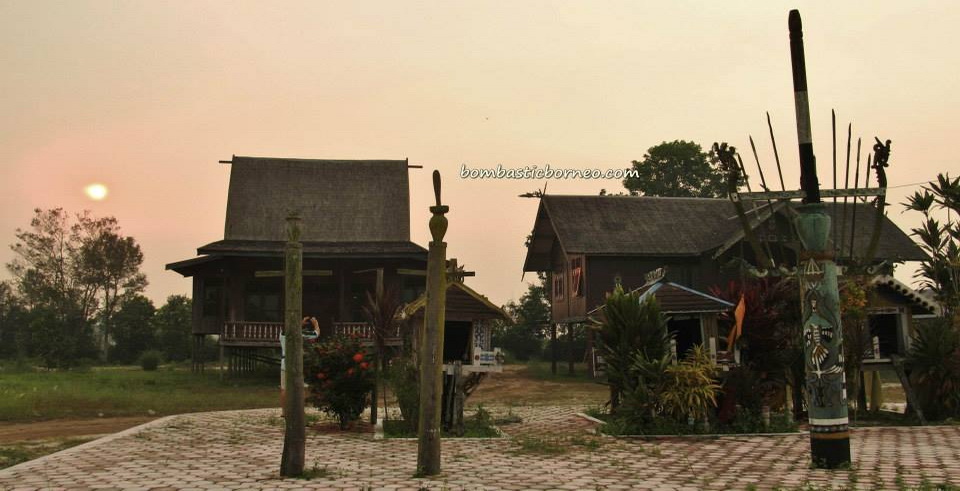 Came in from Pangkalan Bun by Avanza taxi and arrived at Sampit without having much in mind of what to do or expect. Checked into Meridian Hotel, rate-Rp150,000. Had a quick shower and started hitting the streets by 2.30pm. 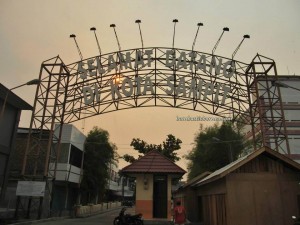 We had to think fast as we had just a couple hours of daylight and having to leave for Palangkaraya early next morning. Enquired from the first ojek we met on the street but he did not have the slightest clue where to bring us. Let him go and quickly moved on until another ojek came running after us offering to bring us to a certain Wisata Alam Salju which was an artificial lake. At that point in time any suggestion was acceptable. We agreed on the ojek price of Rp60,000 per pax and off we went to God knows where place.
Somewhere along the way as our ojeks stopped to refuel at a gas station, we noticed a Chinese temple on the opposite side of the road. We crossed the road to check it out and discovered it was a Confucius temple, the second we came across. The first one was at Ketapang. We had a quick chat with the guru Mr Tan Hoat Seng. He informed us that Confucianism had finally been officially accepted in Indonesia as the 6th religion of the country. I wished we had more time to allow him to go into details as he showed as his collection of Confucius books, the Analects, but translated into the Indonesian language. With heavy hearts we bade a quick farewell to a gentleman who had not only reestablished his roots but struggled to perpetuate the wisdom of the most famous 5th century Chinese sage. 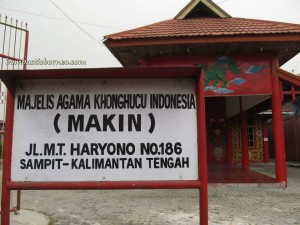 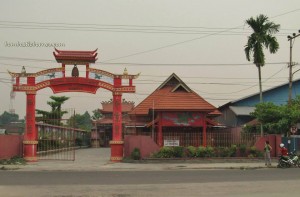 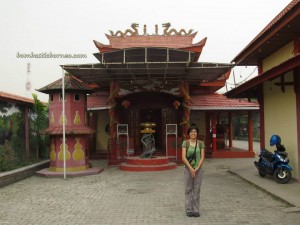 Along the way we stopped by a newly completed mosque and opposite it was the Dayak cultural garden. Had a quick shoot before running again. 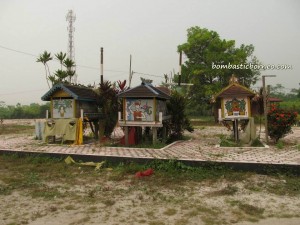 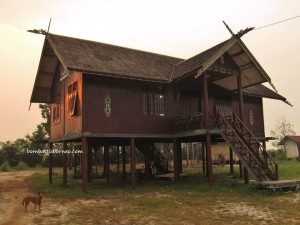 After another 20 minutes ride through some dusty roads we finally arrived at our destination, “Danau Salju” a man made lake filled with white silica sand. Although the landscape was impressive the blackish water that seeped through the sand from the peat soil below made it very unattractive. Must had been oversight on the part of the designer! The place was almost empty when we were about to leave. The security guards had kindly waited for us to finish our tour of the place. 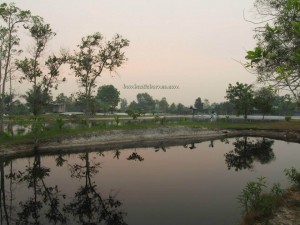 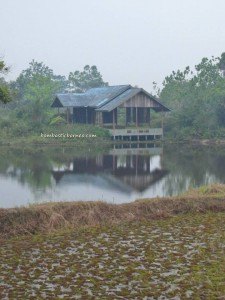 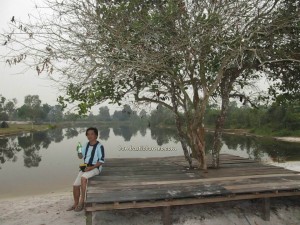 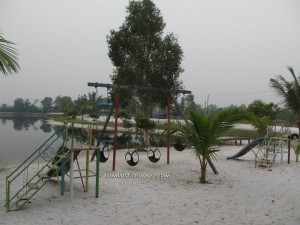 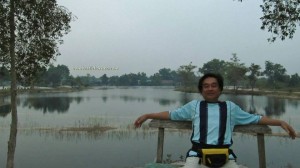 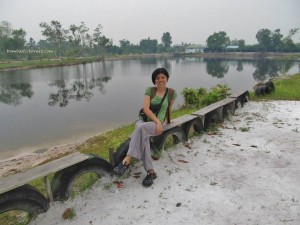 Perhaps the most memorable part of our stop at Sampit was realised the next morning at 6am when we went in search of breakfast. We had almost lost hope of ever finding it with most of the town still asleep. Finally, in one corner of a small lane we found this warung without a name of Pak Abdul Hamid who had been running the business with his wife for 25 years. The friendliest couple we ever met on this trip. Mrs Abdul was so generous as to invite Mei Er into her kitchen to take photos and offered fried fish as a treat. We apologised for being vegetarians. MUST visit warung.