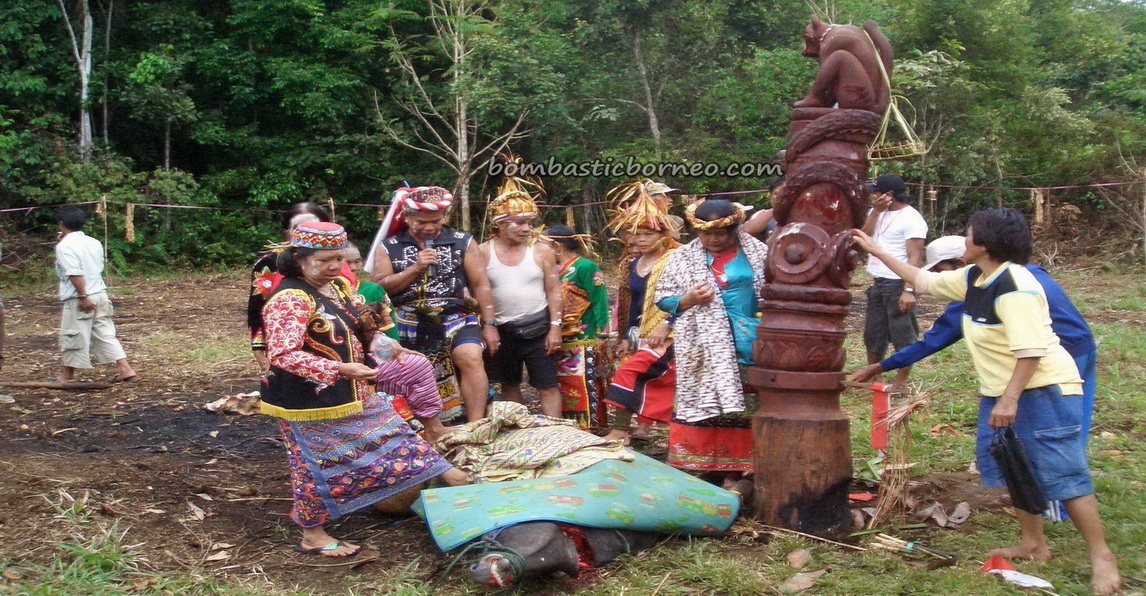 Luck was with us just as we were about to leave Melak town we were informed that that very evening there would be a ‘belian’ ceremony which was a thanks giving ceremony and in this particular case for a successful healing of an elderly man. After his son had accumulated a good sum of money to buy a totem pole, a sacrificial buffalo and lots of food for a whole village can this ceremony be held.

Rianto the son of the healed man in his 80s had to accumulate RP48,000,000 for this very grand event. Rianto explained to me before the sacrifice began that in the olden day a man of the enemy tribe was used in place of the modern buffalo until one incident when the captured enemy managed to escaped and killed each and every one of the villagers who were all drunk from the celebration. Since then no humans were ever used again for the sacrifice. The function started off with Rianto giving a speech standing on top of the wooden cage where the buffalo was kept.

After which the buffalo was tied with a long rattan to the totem pole. As the chanting and music began men with bamboo spears started chasing after the poor animal spearing it. Not the best sight to behold for animal lovers. 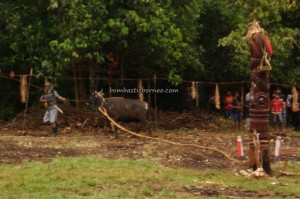 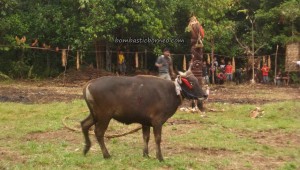 The episode was made more humane with the buffalo wrestled to the ground before a machete was used to slice through the throat of the animal. 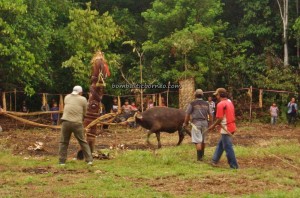 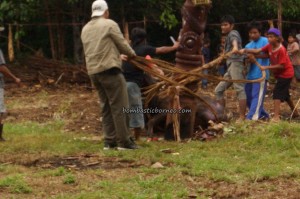 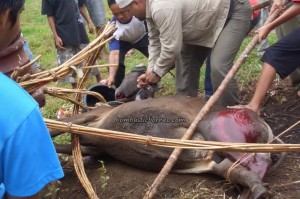 The music increased in tempo with dancers, chanters and well wishers taking blood with their hands and smeared it on the totem pole. 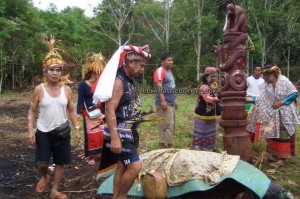 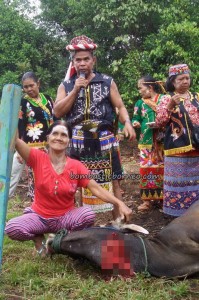 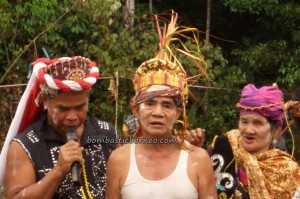 Finally the buffalo was lifted up to a truck and transported back to the host’s house to be cooked. 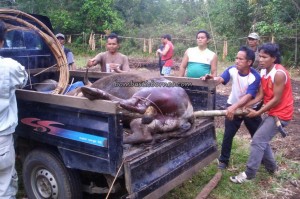 Lots of other stuff was going on like a fun fair with the best being the performance of a live band. 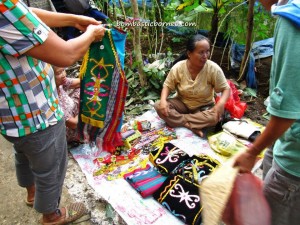 The lead guitarist happened to be a sape player by the name of Warjani. He was electrifying!

The dangdut singers in traditional attire were awesome too.