Beliong temple maybe the biggest attraction of the ‘island’ and most people would just either do their offerings or seek divine intervention for whatever misfortune they may be going through. But we decided to explore more of what Beliong had to offer in terms of tourism. Agro tourism maybe the niche that most people are unaware of unless you tour Beliong on a motorcycle. A bicycle is doable but it would be too tiring.  The first part of our journey into Sangkap which is basically a very huge and friendly farming community where there is a Mr Jong in every corner. Most fruit and coconut farms are slowly taken over by the more lucrative oil palms, boring indeed. Like Asajaya, farms are mostly serviced by manmade canals to transport their produce to Kuching. Copra production is still pretty big. 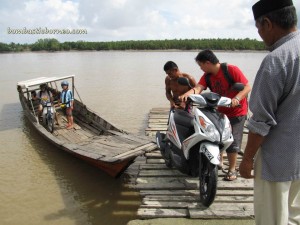 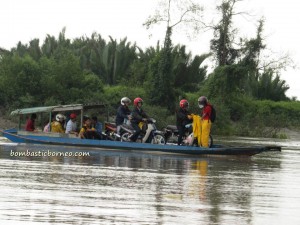 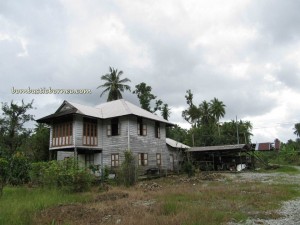 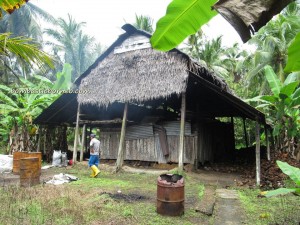 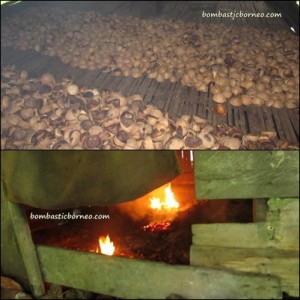 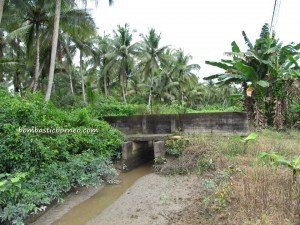 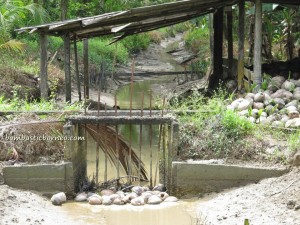 After we were done with Sangkap and the Chinese farmers it was time to visit the Malay fishermen in Tiang Api and Semilang. The initial segment of the road leading towards Tiang Api was deceivingly smooth. Most parts were poor gravel road with bridges out of level with the road thus making pillion riders having to alight. Bad! As we approach the village narrow concrete paths took over. The first house we made a stop and long chat was Mr Hamdan’s. Watching his son, Hayat, busy making crab traps and chatting took up 90 minutes of a very informative first time visit. Sapian, a fellow villager was so kind as to invite us back for a second visit for a boat ride to check out the bund surrounding the beachfront which was recently destroyed by strong waves causing flooding and killing a lot of the trees and plants in the villages. Found out also the KK was Hj Bolhassan. 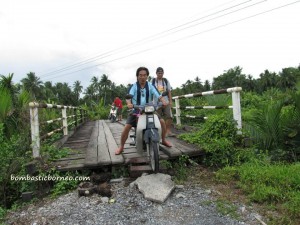 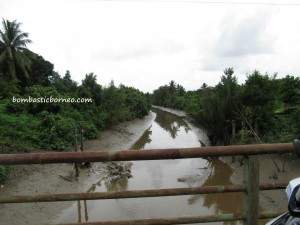 Next stop-the biggest village in Beliong, Kampung Semilang with about 300 houses and more than 2,000 residents. Quite a busy and interesting village. Ladies were chopping up sting rays to be distributed among the buyers, a big group of guys building large fish traps and kids cycling or playing soccer. I must say the villagers here were the most accommodating when it came to taking photos. They also made sure we took photos of their pets owl, silver leaf monkey, porcupines and game cocks. If you guys love crabbing or eating crabs do come to these 2 villages- RM12 per kg. Maybe throw in another RM10 for cooking service on the spot. 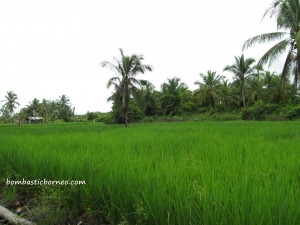 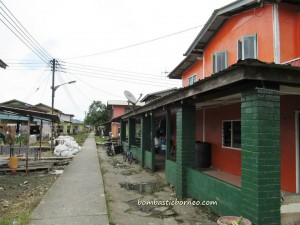 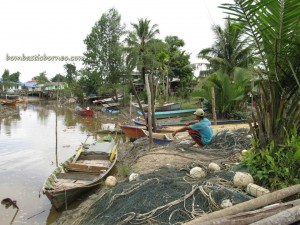 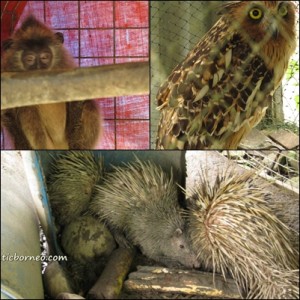 For latest info on Beliong island, please check out this link : http://www.theborneopost.com/2014/03/29/kpg-beliong-dependant-on-river-transport/